I had on the bench this mint 1941 : Counter Attack CPS1 boardset: 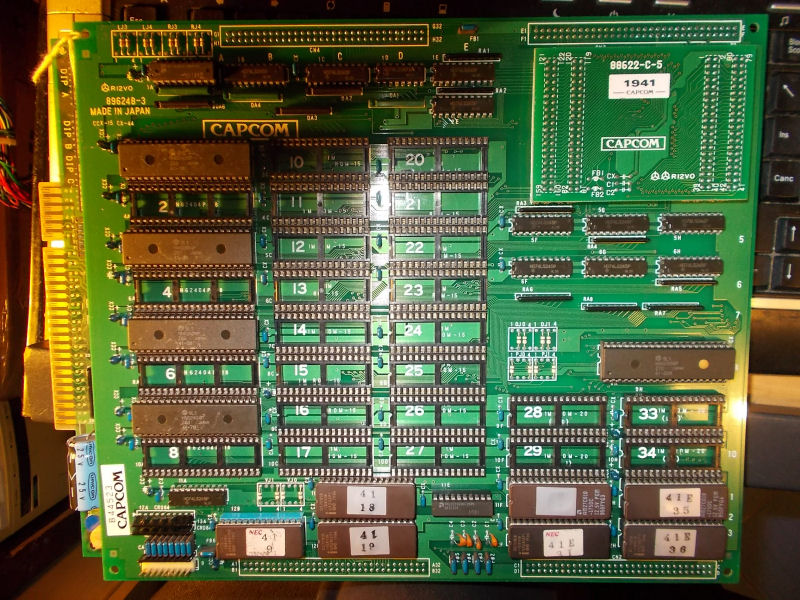 Board played fine except for a minor sprite issue on some objects on backgrounds which manifested only on first level: 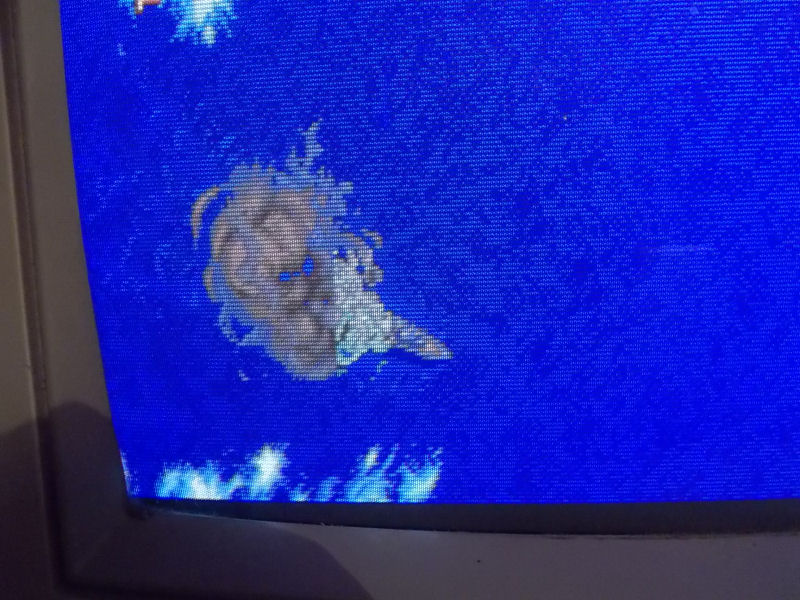 The game use the ‘CPS-B-05’ ASIC on C-BOARD which acts as a GPU generating all the graphics: 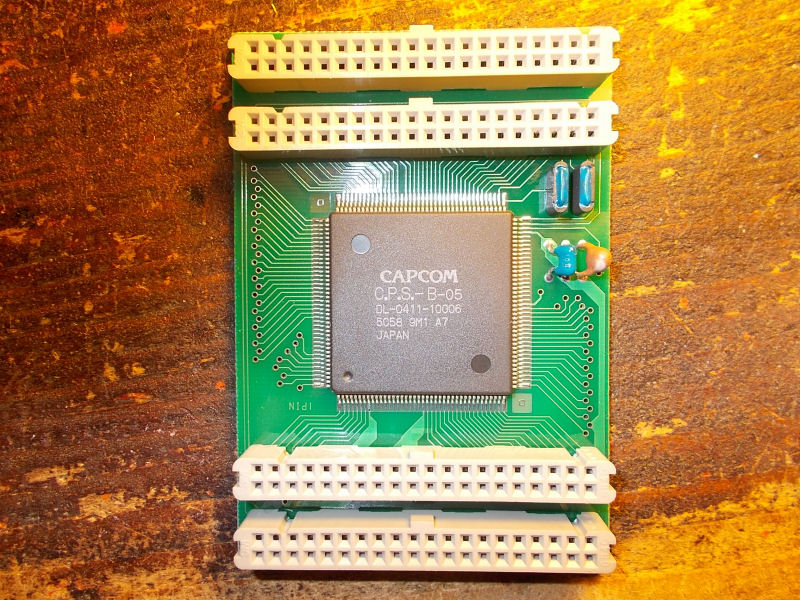 so I swapped a good known one from a Street Fighter II : The World Warrior boardset: 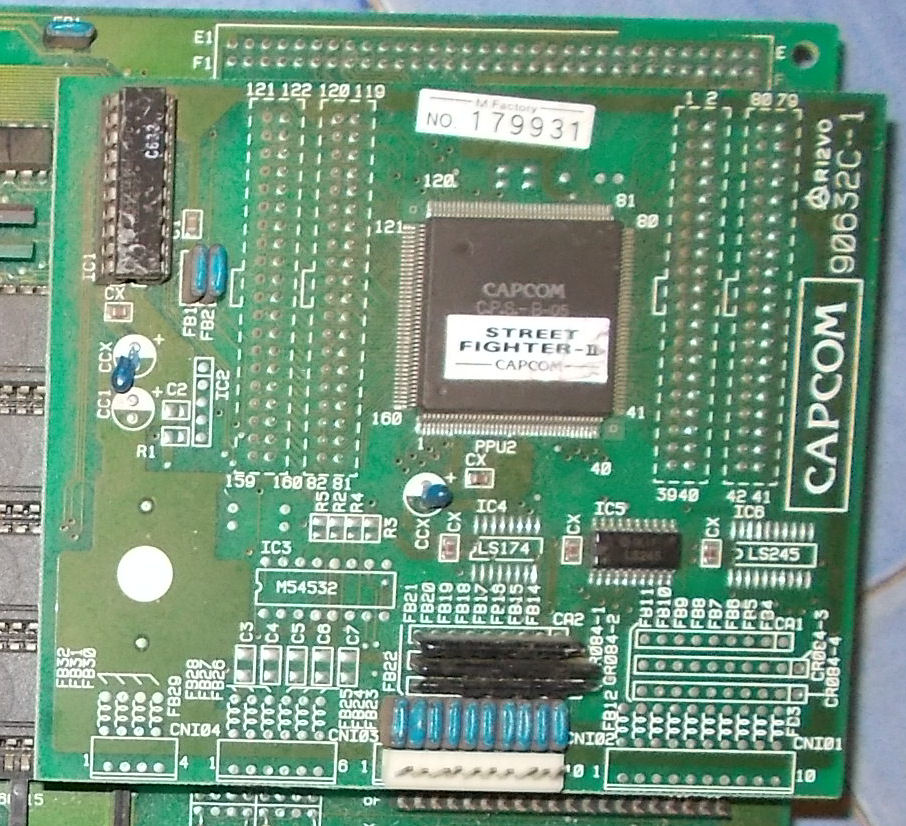 All the sprites were restored so I had confirm the ‘CPS-B-05’ ASIC was bad (probably an address line was ‘spitting out’ wrong address).I could swap the entire C-BOARD but appearances count too so I decided to transplant only the IC on the original C-BOARD. 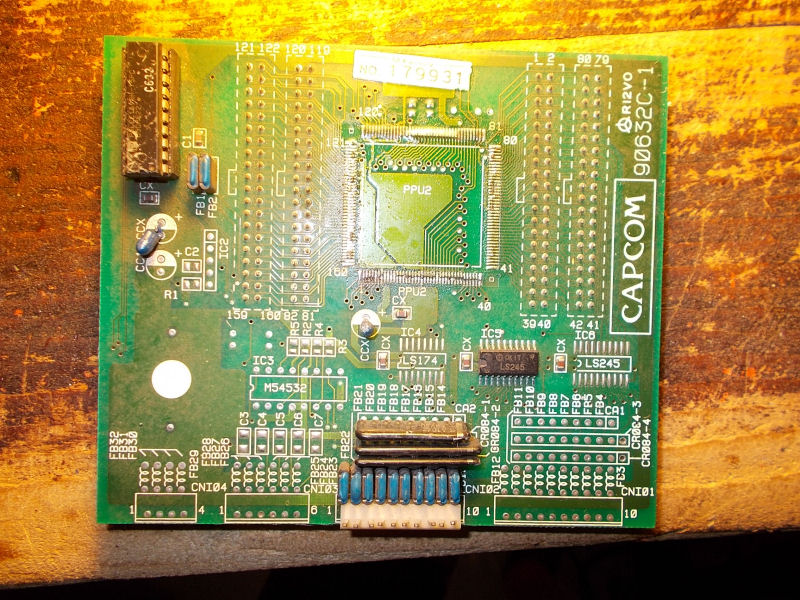 I used an hot-air rework station covering the plastic connectors with tin foil as protection against heat: 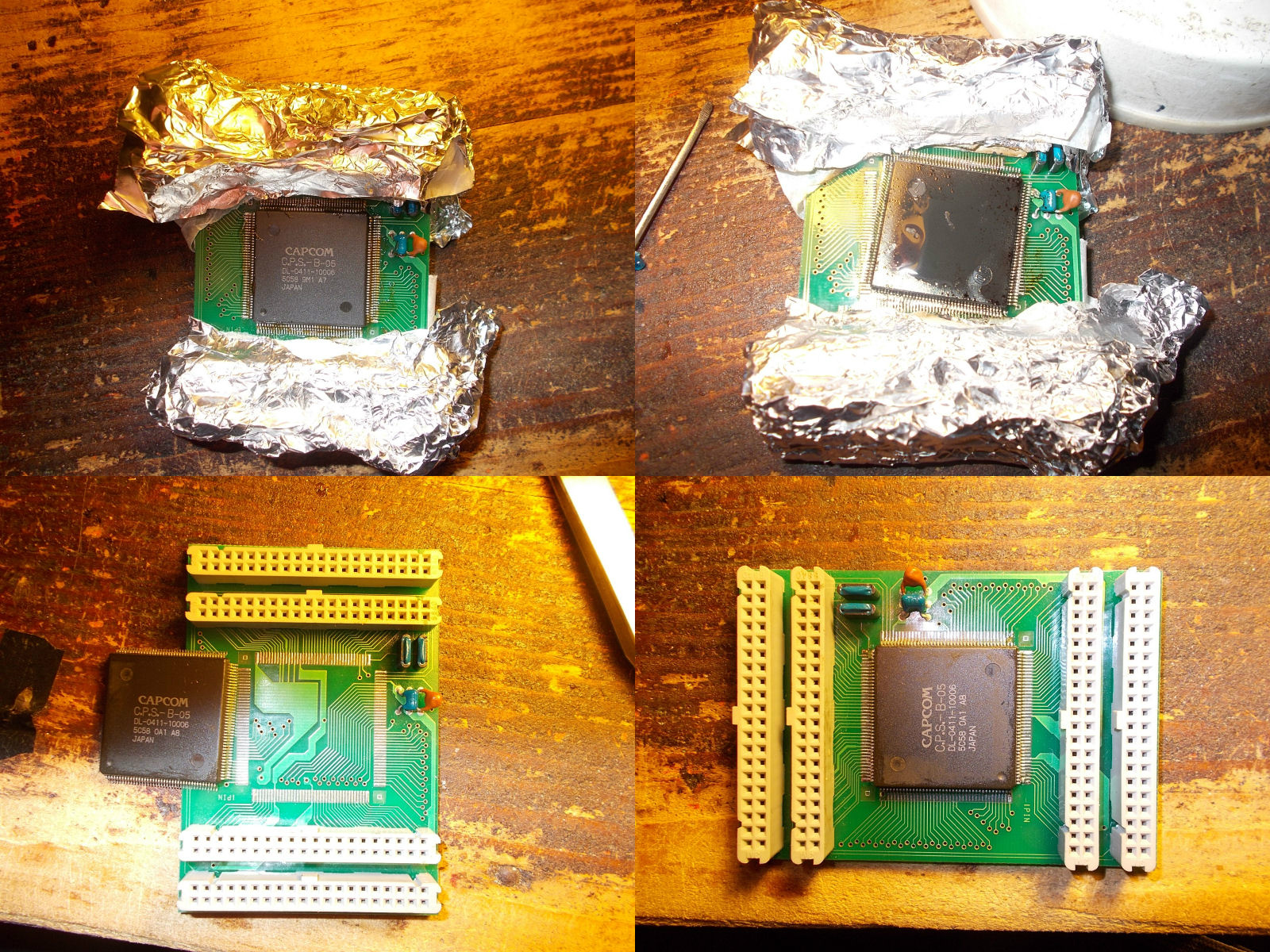 To solder the chip I used the ‘drag soldering’ technique:

I succesfully tested the reworked C-BOARD and declared board as 100% working :