I had a couple of original Capcom ‘1942’ PCBs lying around which I never tested due to the lack of a proper JAMMA adapter (game uses an unique pinout which is not the Capcom Classics one).Recently I had chance to build the adapter and try the boards out, it turned out both were faulty.

The first set was in good shape in its CPU board : 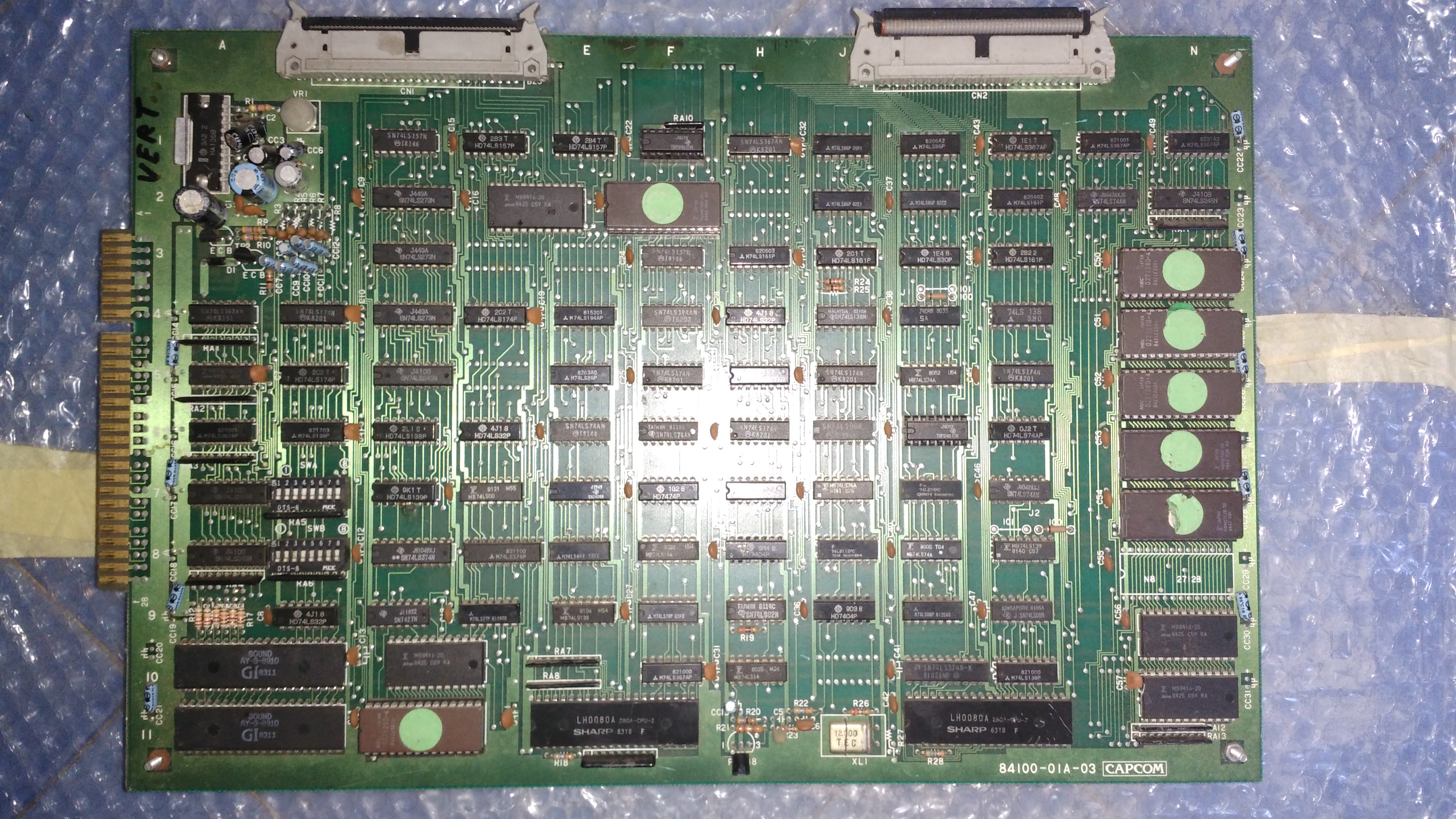 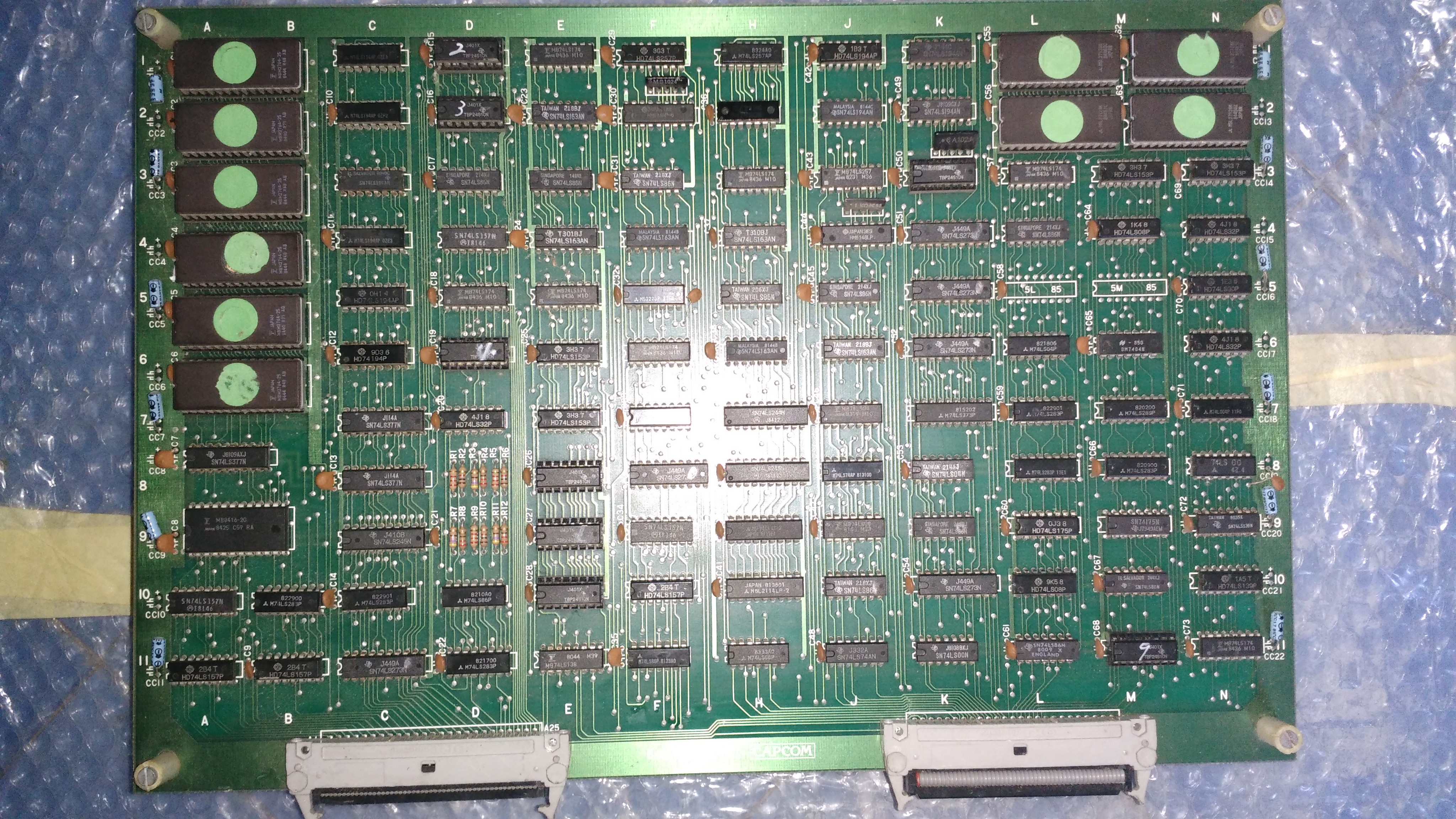 It even booted up and played with sound too but sprites (planes) were totally absent: 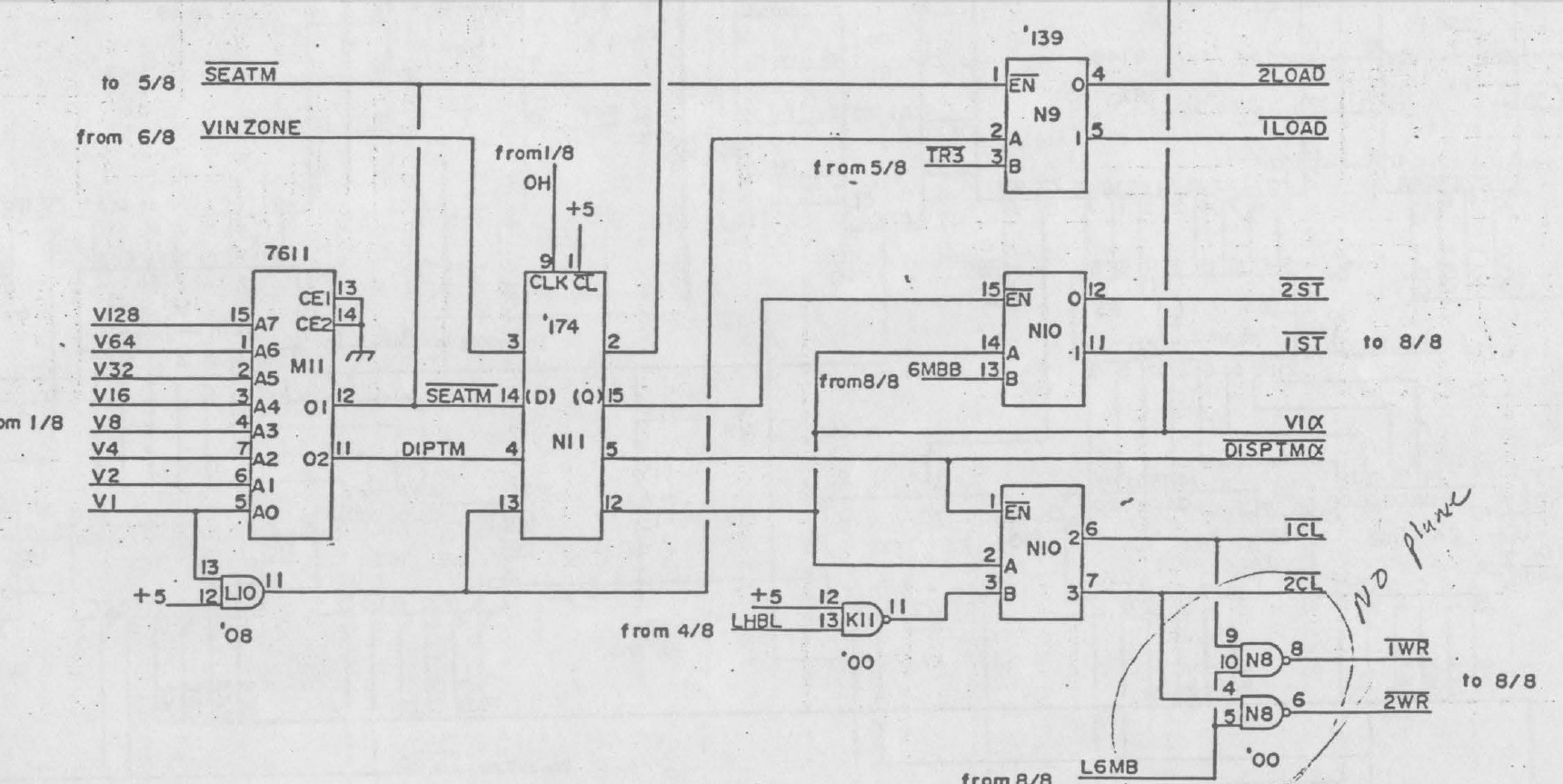 The circled section concerned two NAND gates of a 74LS00 @N8 which generates two signals labeled ‘1WR’ and ‘2WR’.When I probed the inputs I found pin 9 and 4 stuck HIGH: 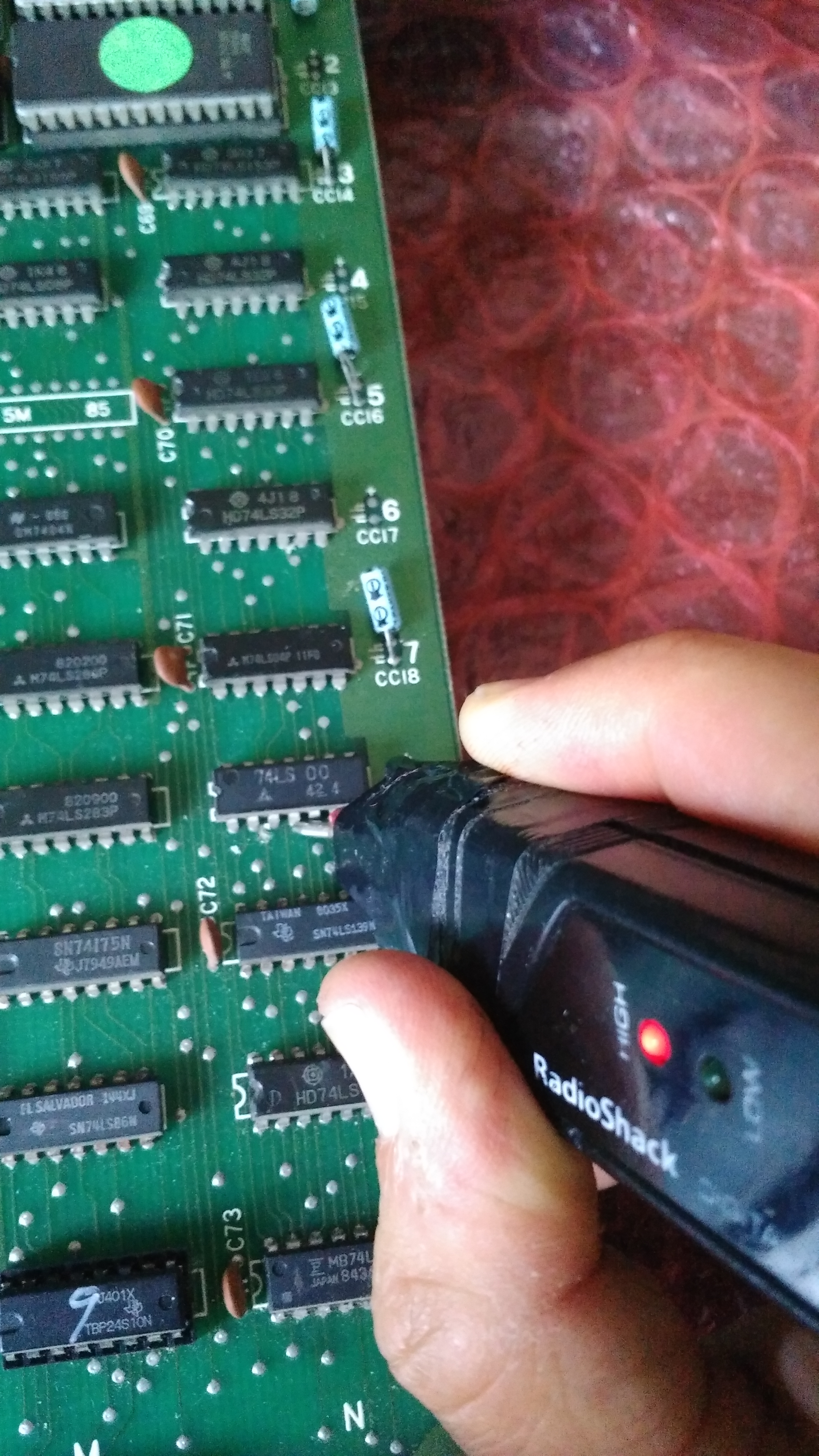 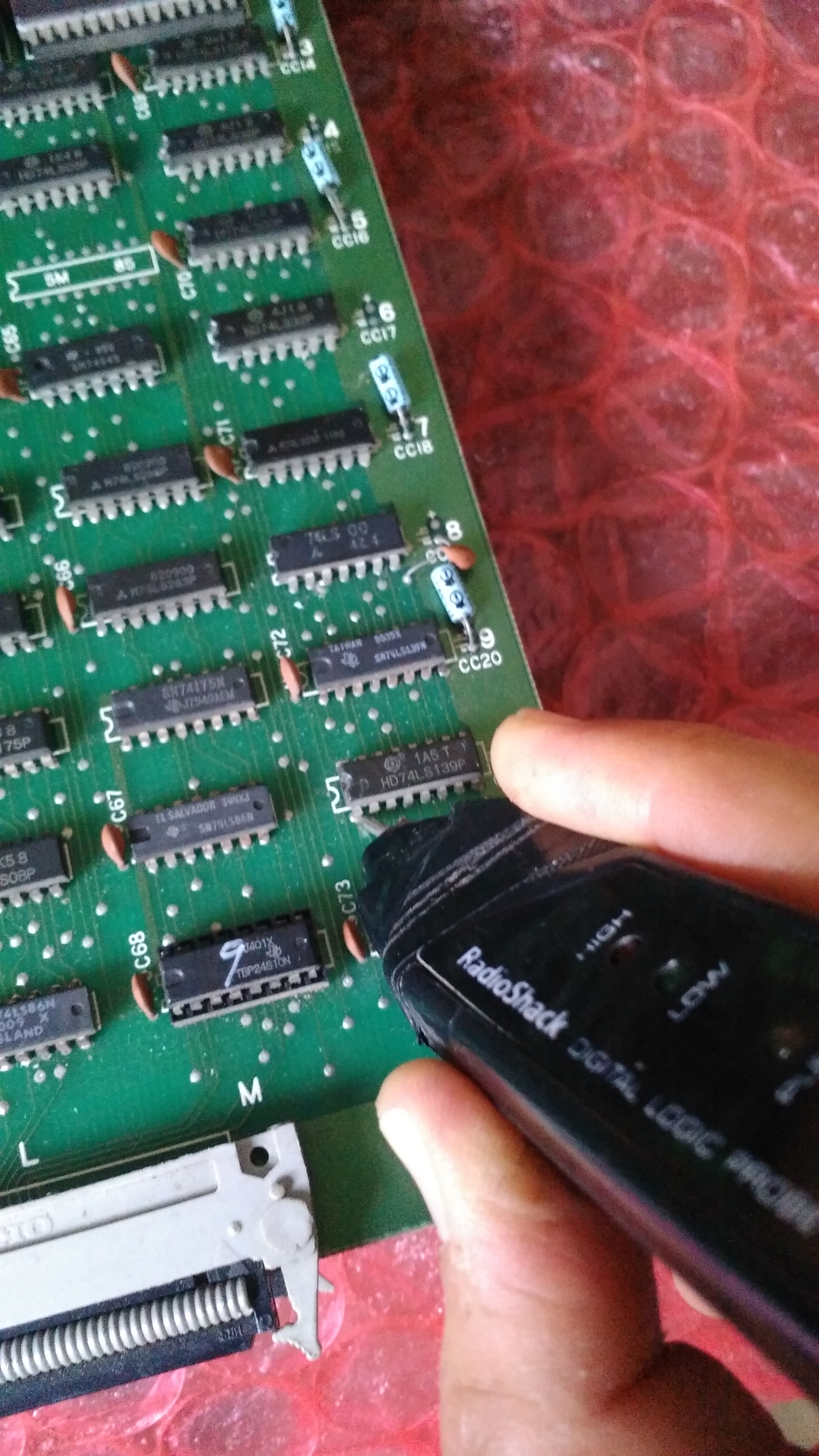 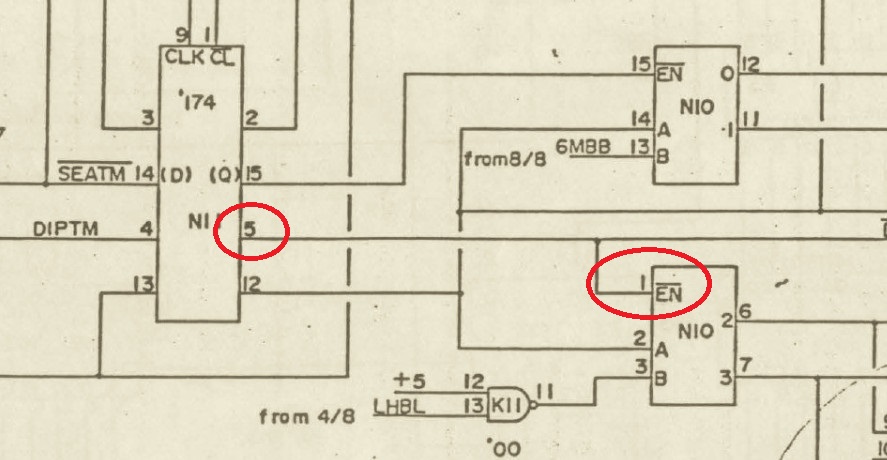 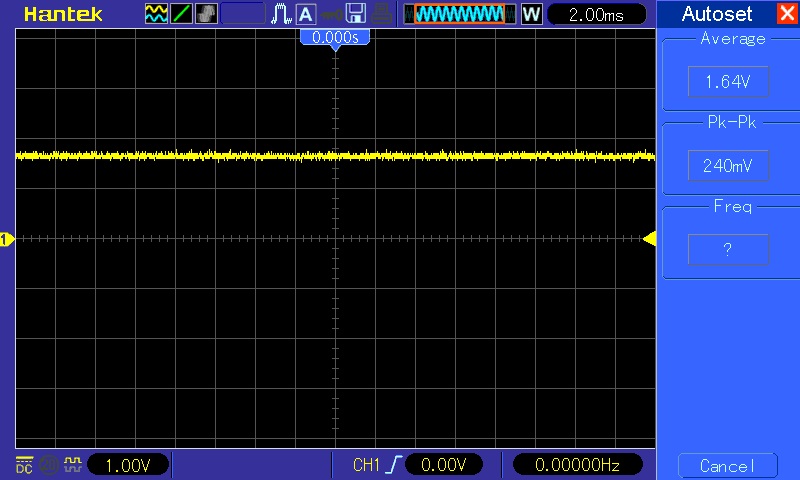 But the input pin 4 was active : 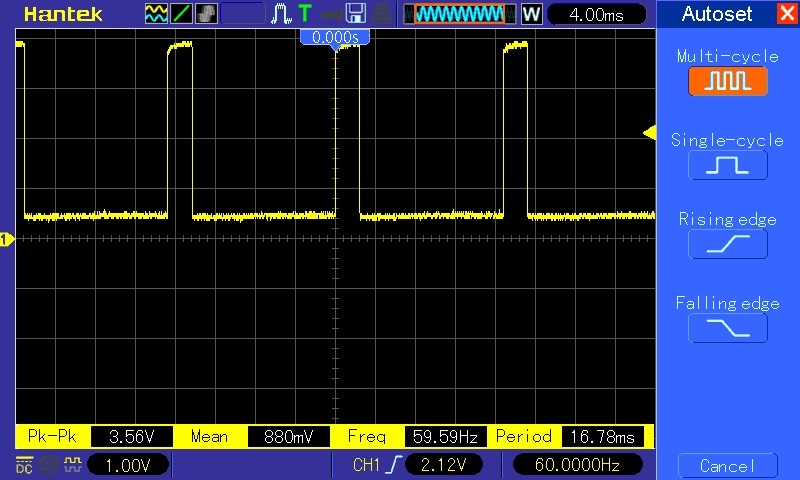 This is a typical way of failure of Fujitsu TTLs and the part was from this manufacturer hence , sure enough, I removed the chip.It miserably failed the out-of-circuit testing: 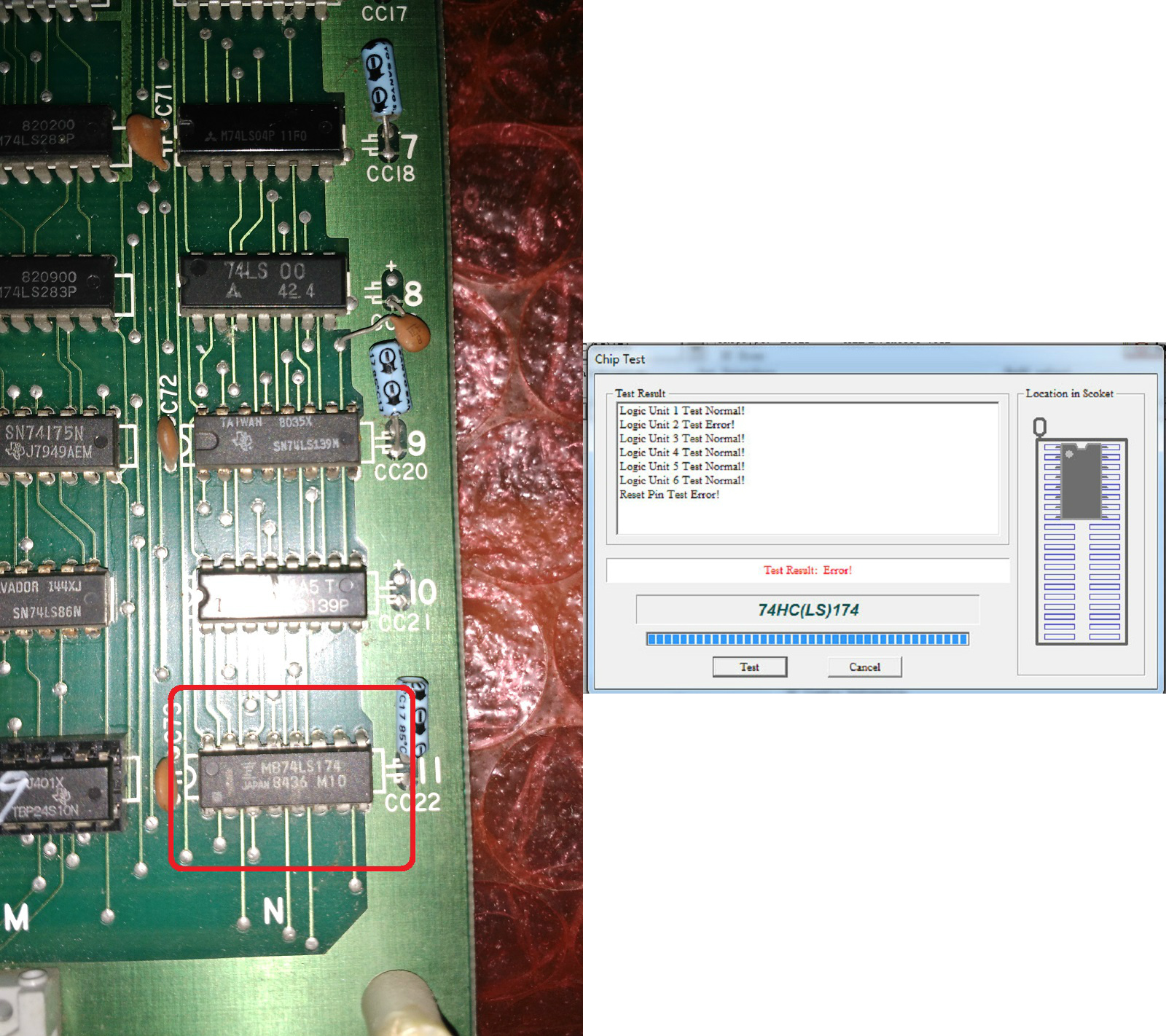 Replacing it restored the sprites : 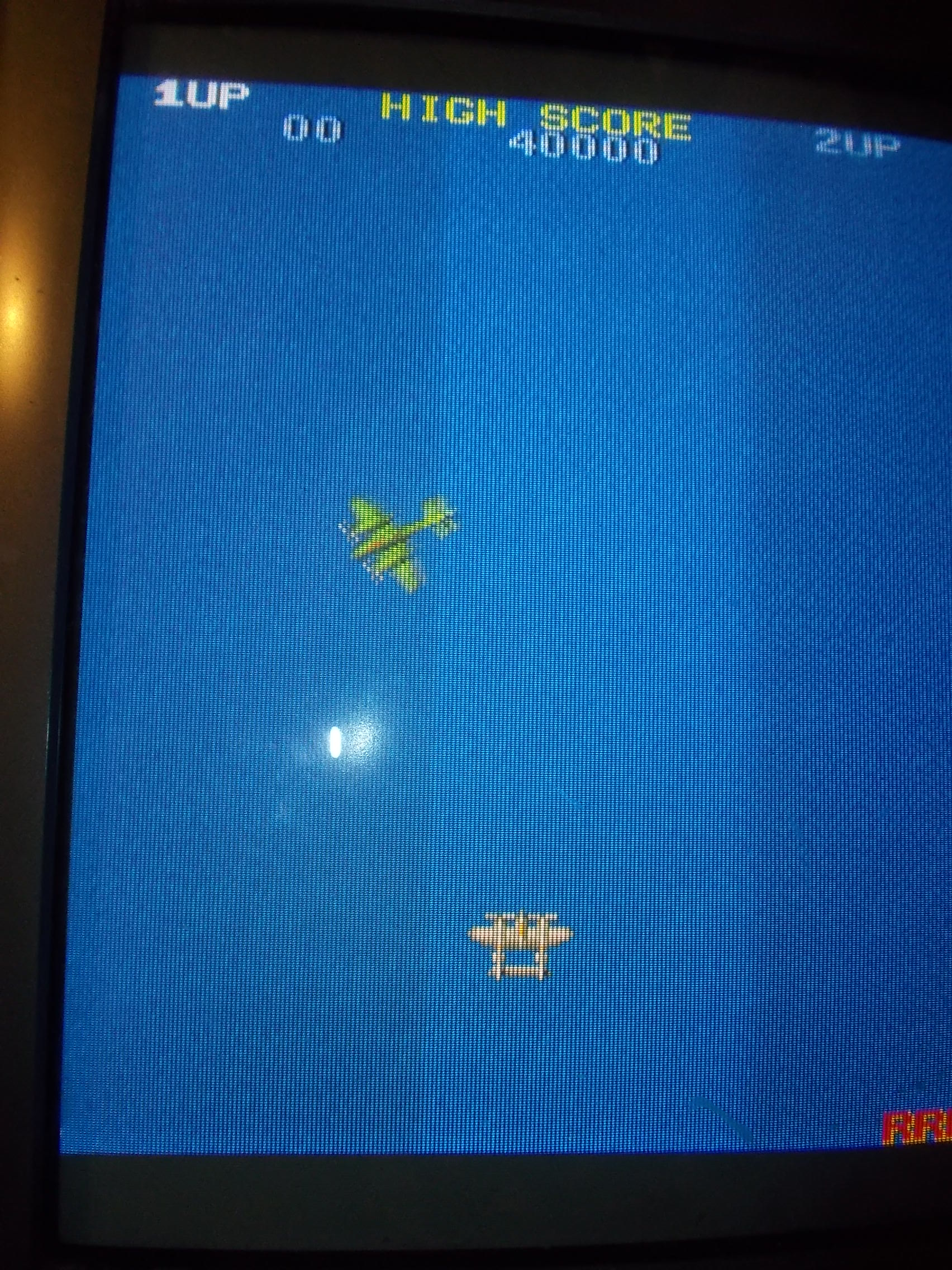 The second set was in good shape too :

But it booted to a static garbage screen : 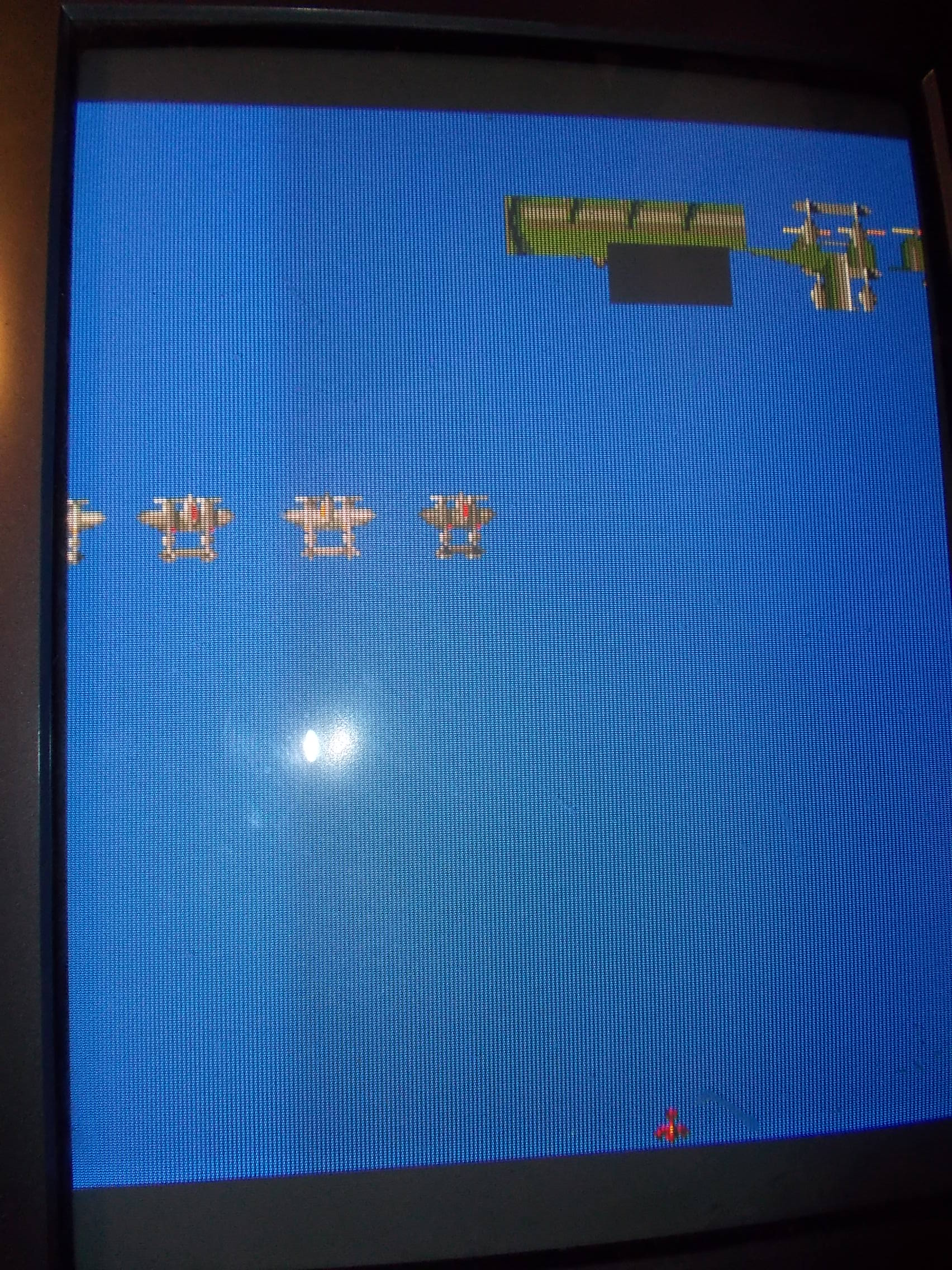 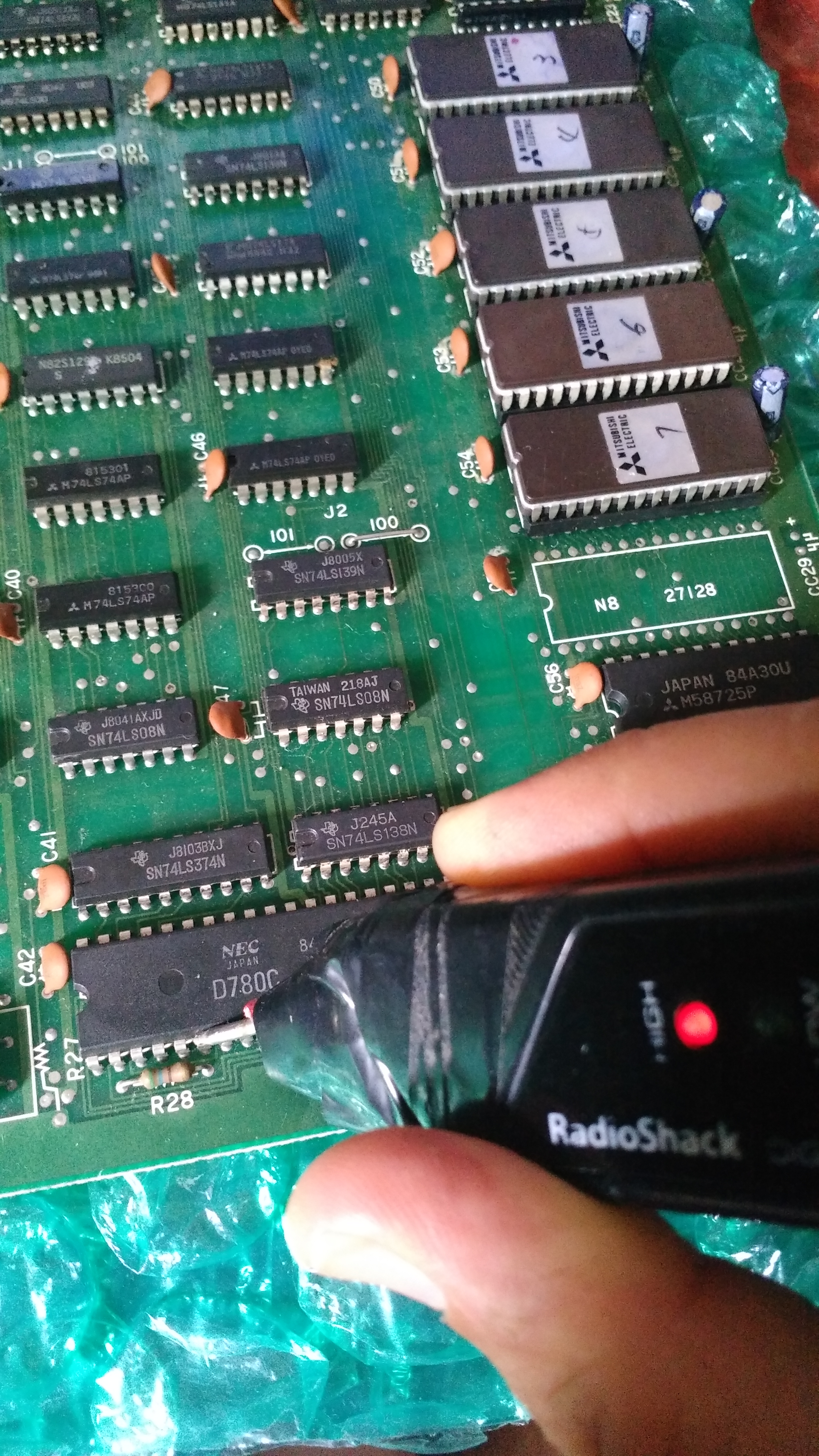 With the help of schematics I traced the clock input back to pin 7 of a 74LS174 @H6 located on CPU board, chip was again from Fujitsu : 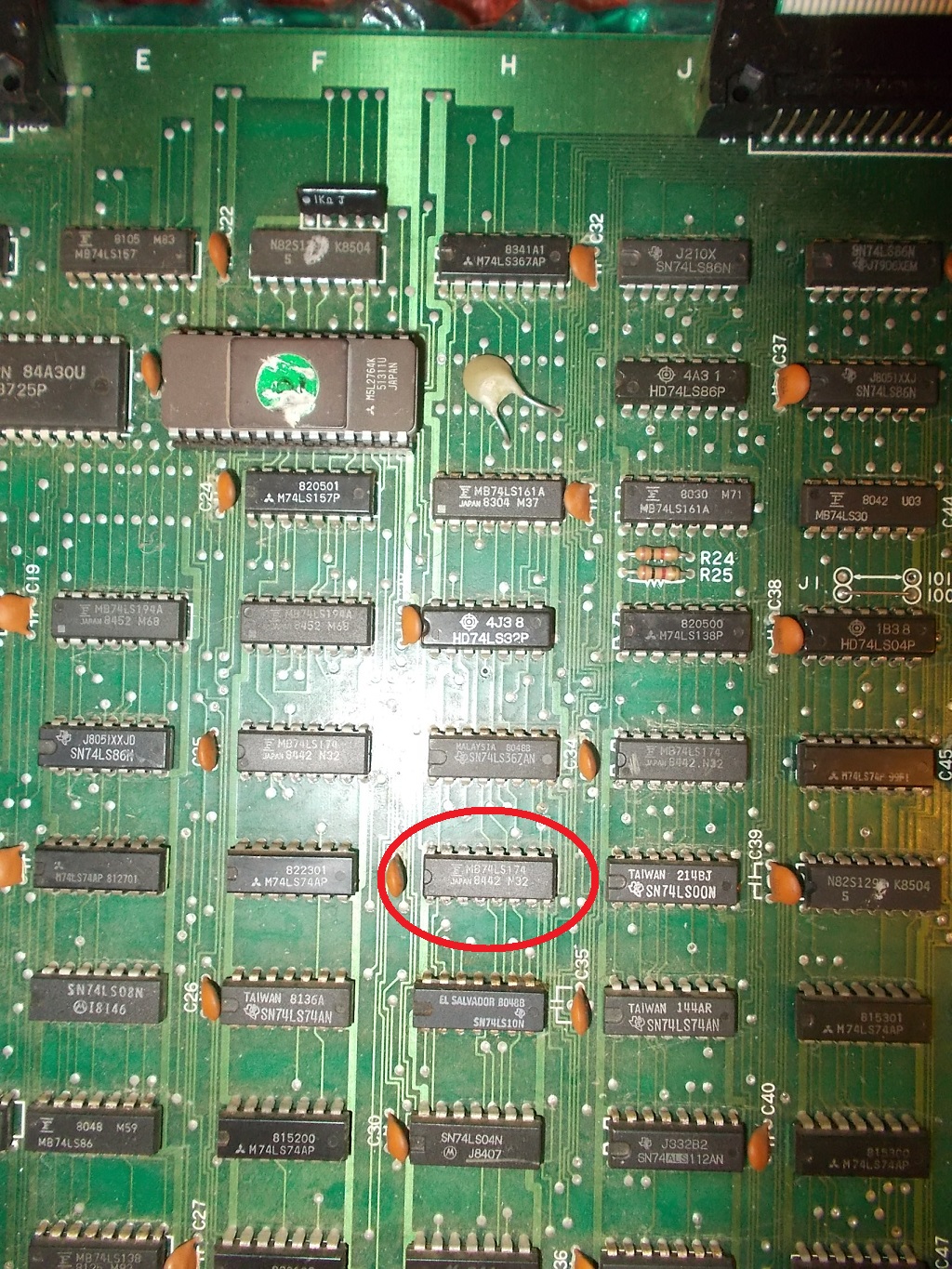 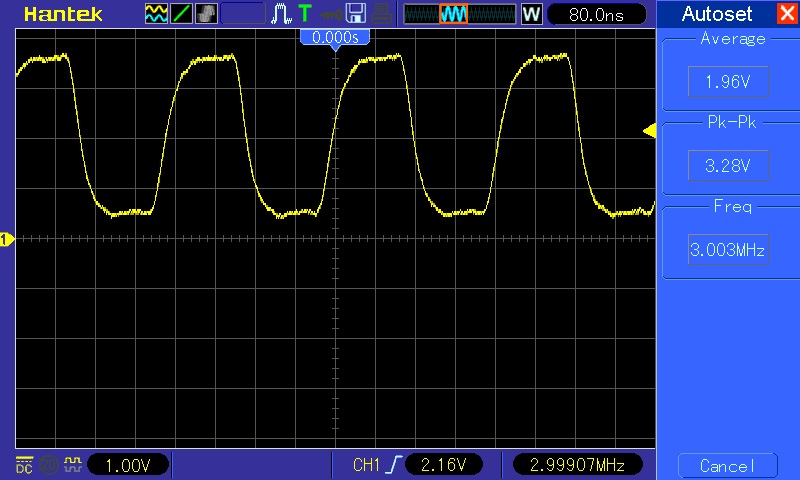 I made piggybacking with a good known IC and board succesfully booted into game: 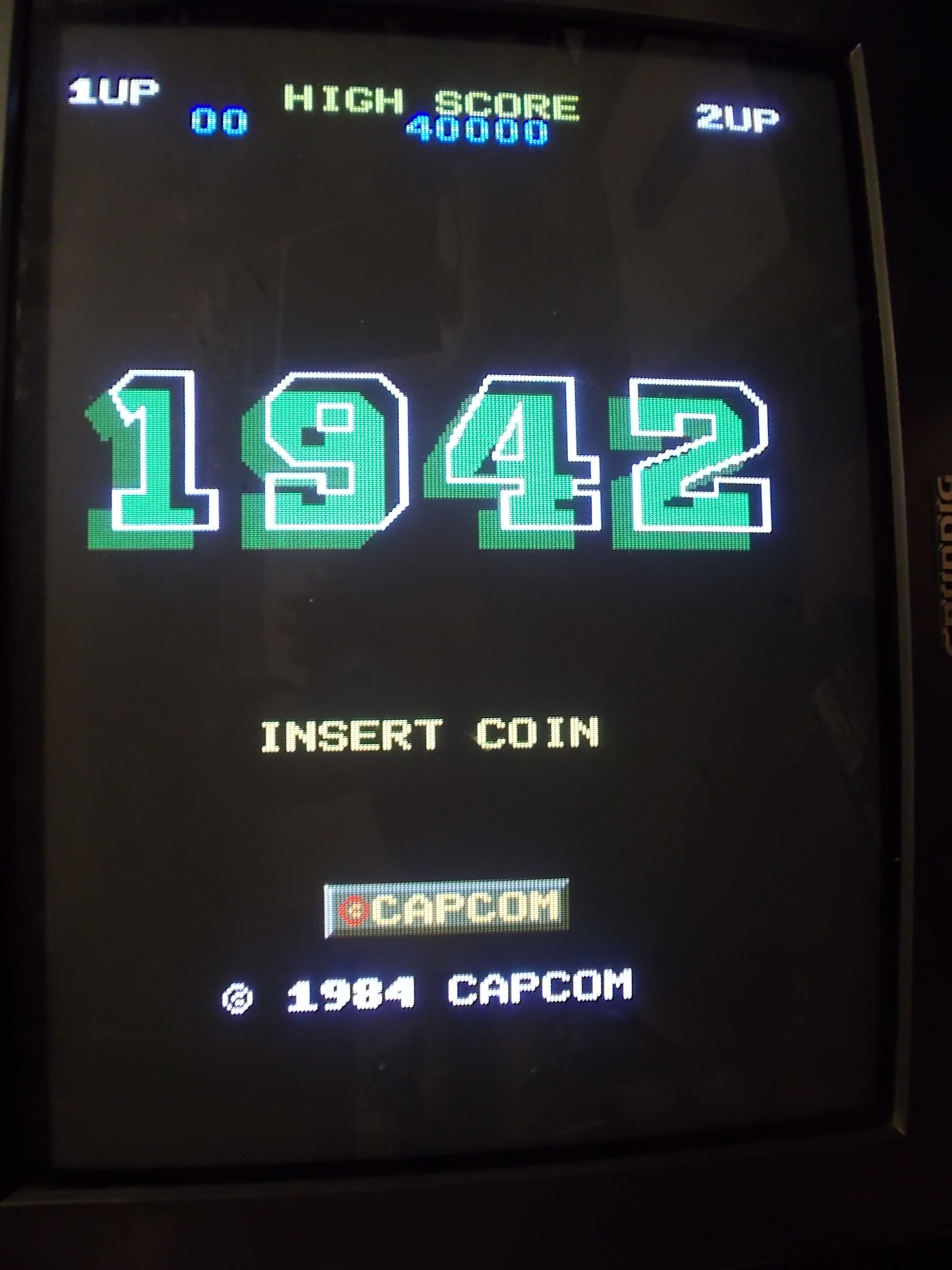 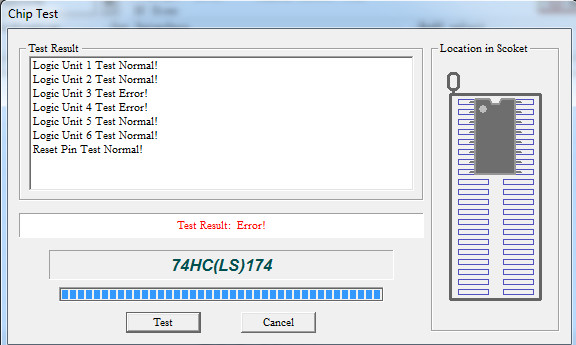