Received for repair from Germany a ‘1943 : Midway Kaisen’ PCB (same hardware of export version ‘1943 : The Battle of Midway’ but with japanese ROM set).

Set is made of a CPU board : 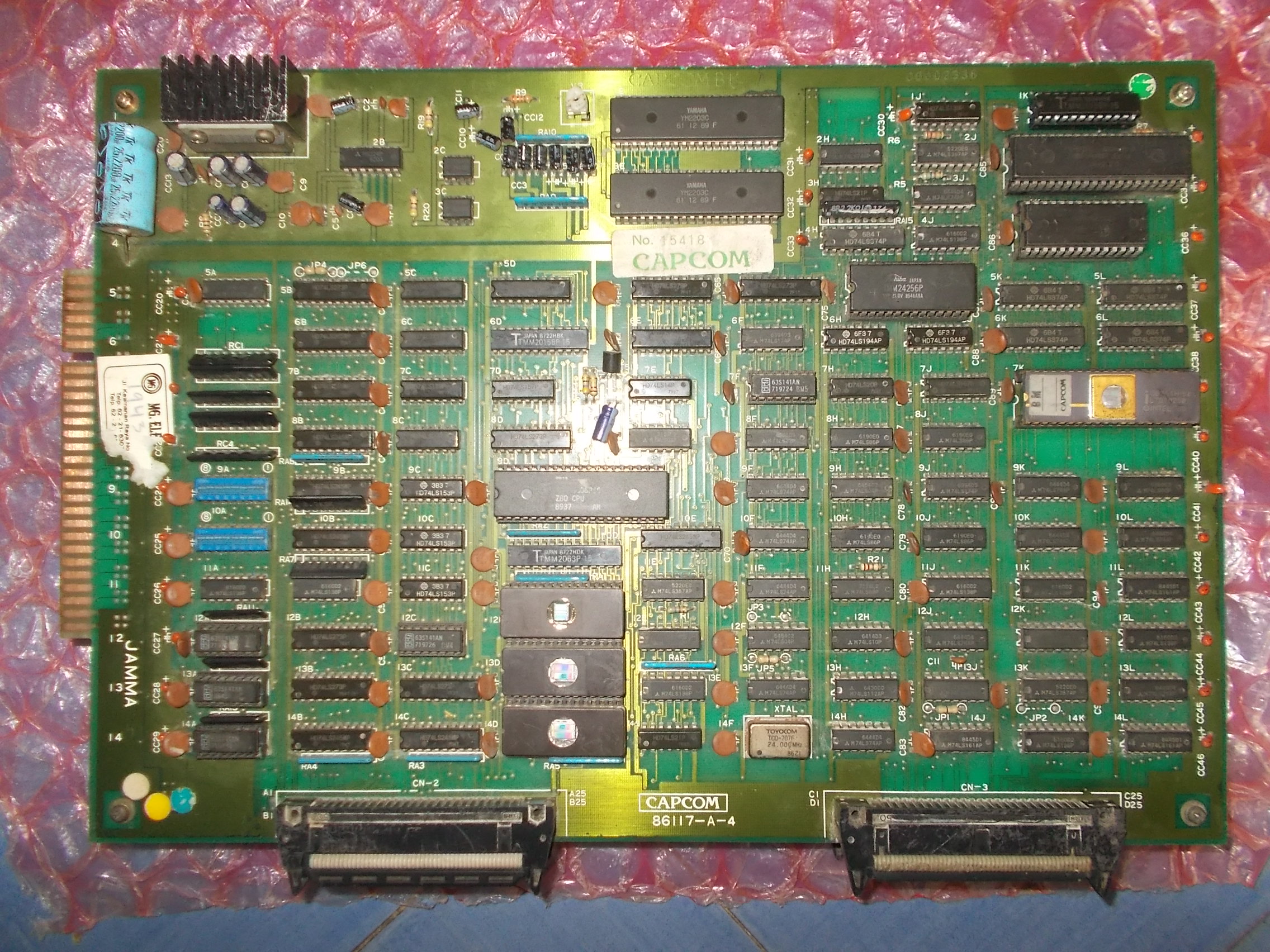 And a VIDEO board: 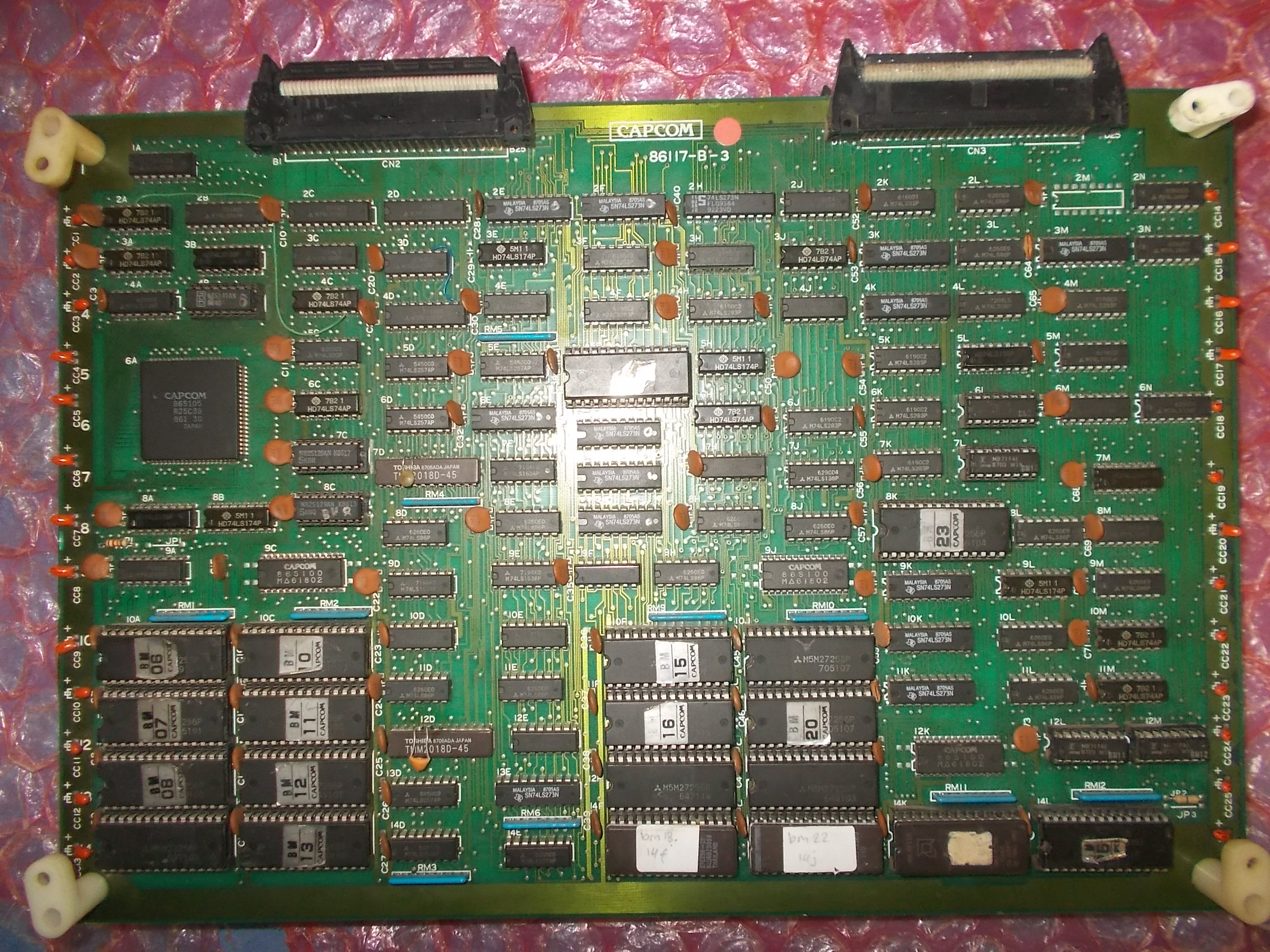 The board was faulty, it showed graphic errors and had no sound :

Specifically the graphic faults concerned the text (also called “characters”), the scrolling and the sprites.Let’s go in order.

The text had wrong colors, here is how it looked like: 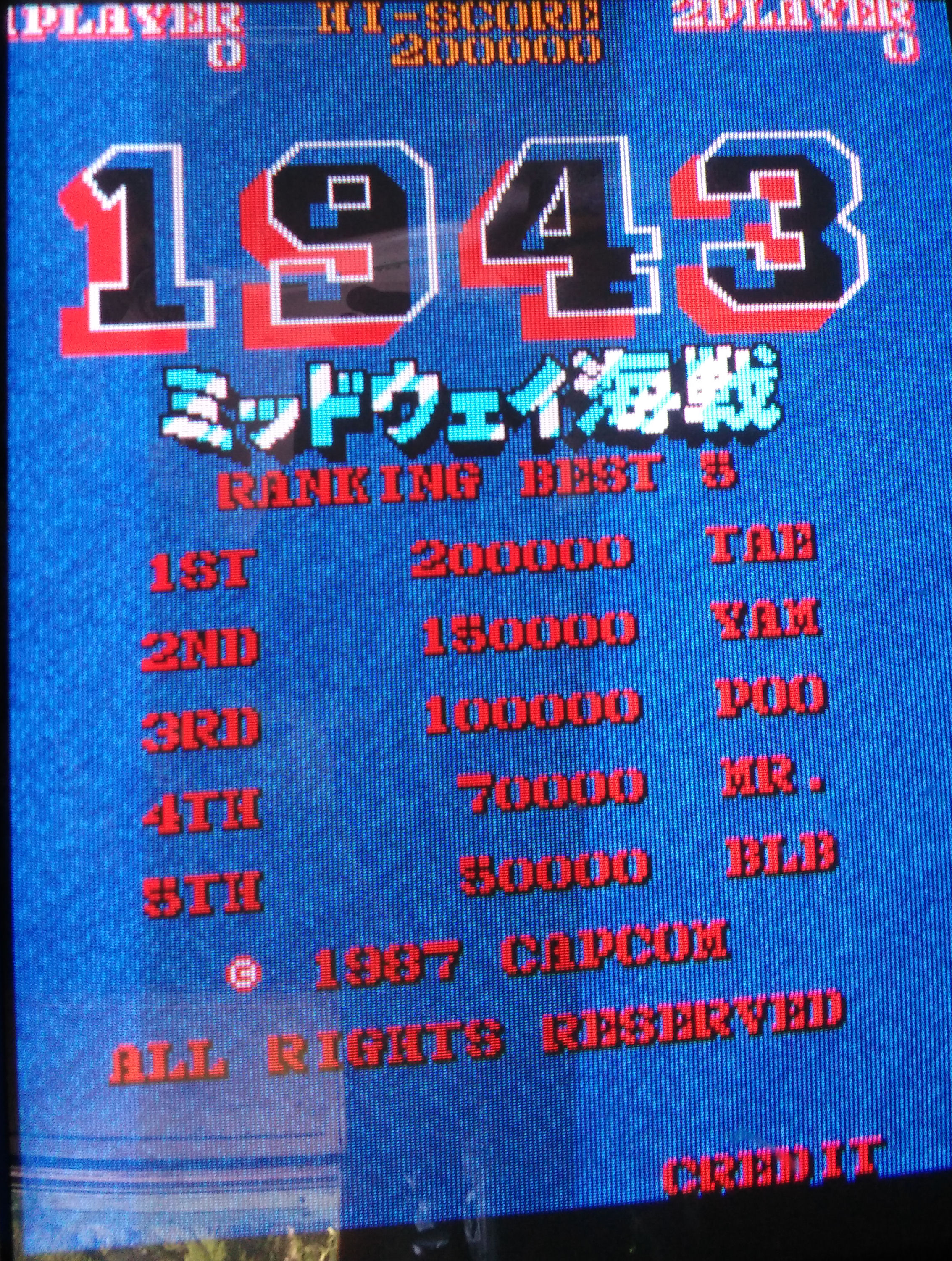 Whereas it should have been (snapshot from MAME) 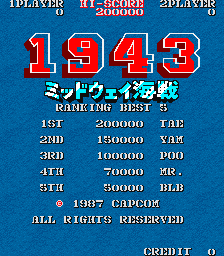 Schematics in hand I started to check the revelant circuit with my logic probe and found a stuck signal on an address line of the BPROM @7F on CPU board: 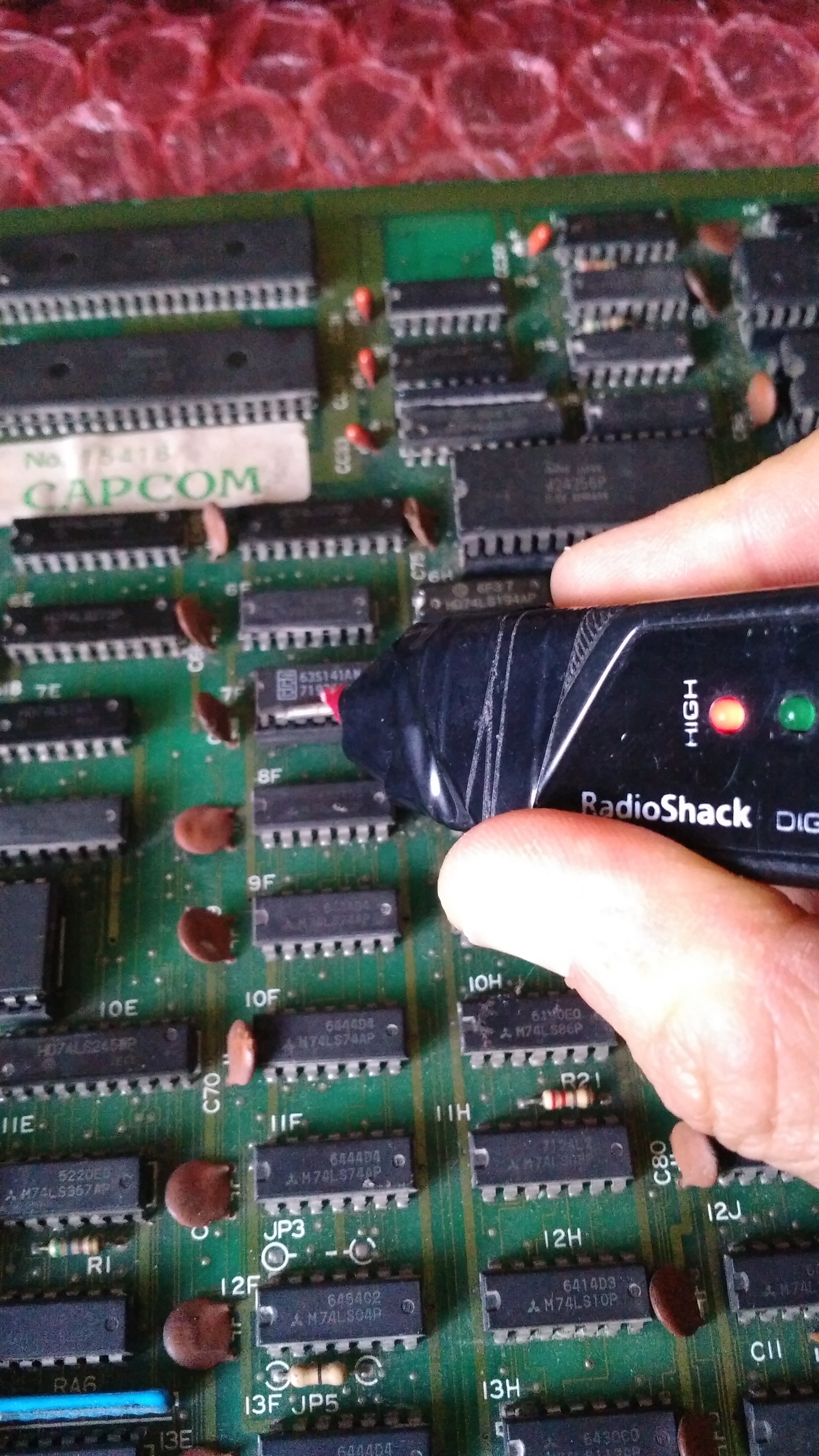 This signal is labeled ‘CC3’ on schematics : 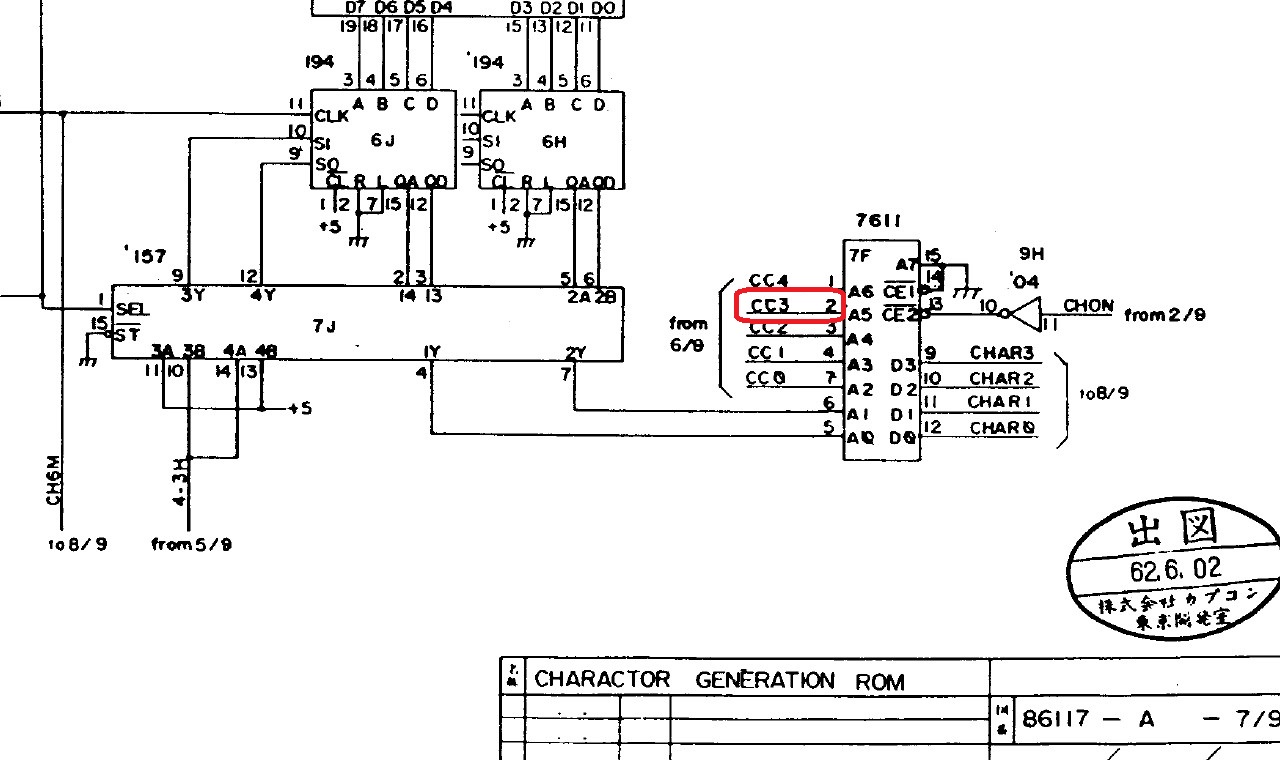 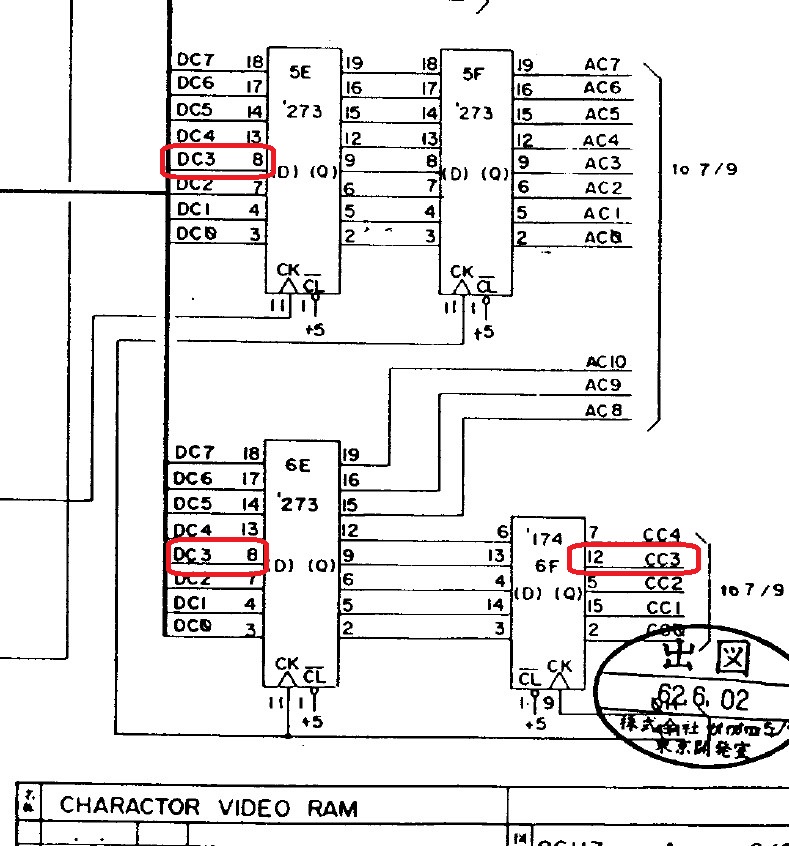 Signal was toggling on the one @5E but absent on 6E: 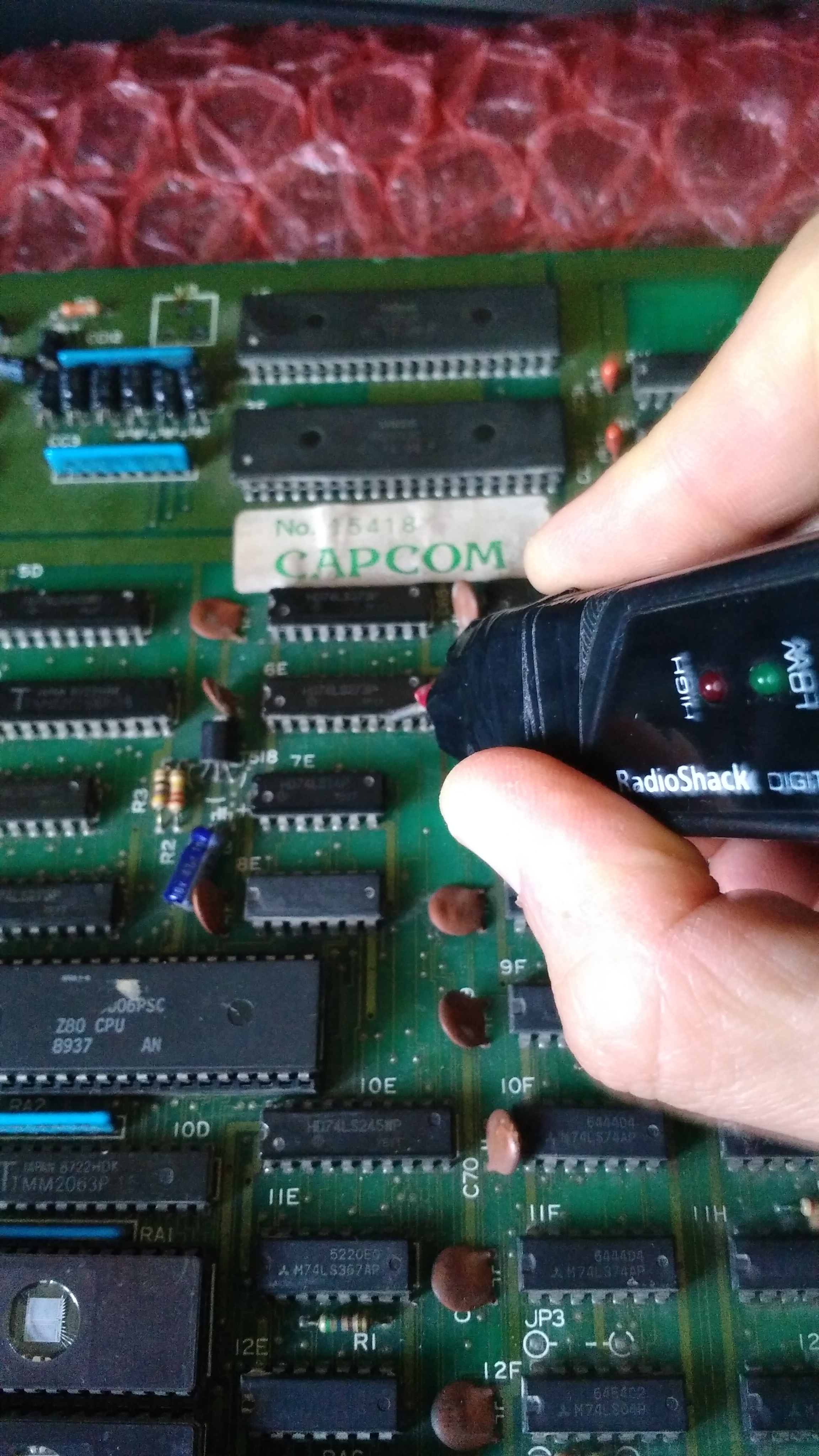 There was clearly a broken trace somewhere between pin 8 of the two 74LS273 so I ran a jumper wire on solder side, this restored the correct text : 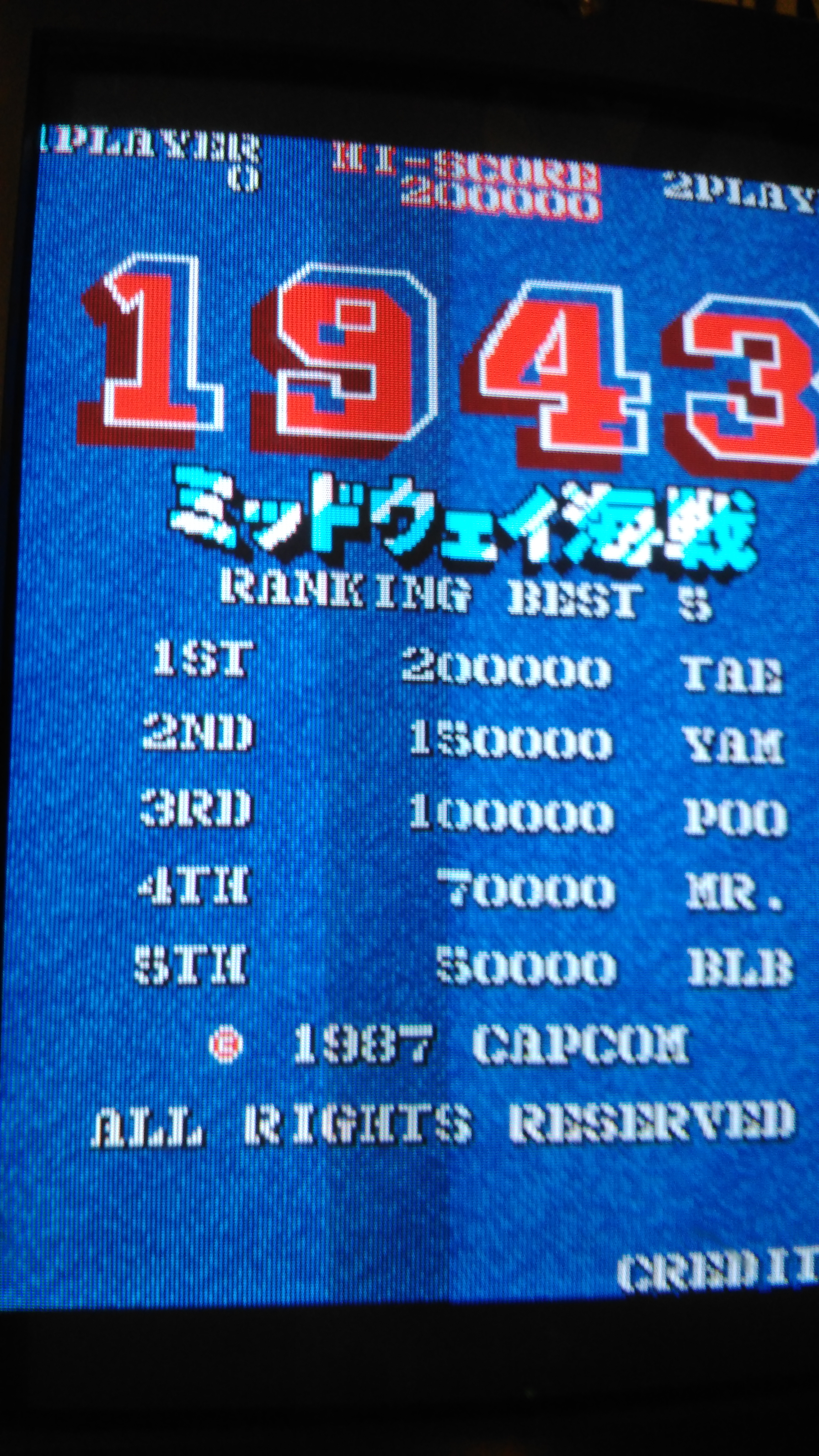 Looking at schematics there are on VIDEO board two separate circuits for horizontal and vertical scrolling.Checking them I found a 74LS273 @2H with stuck ouptuts : 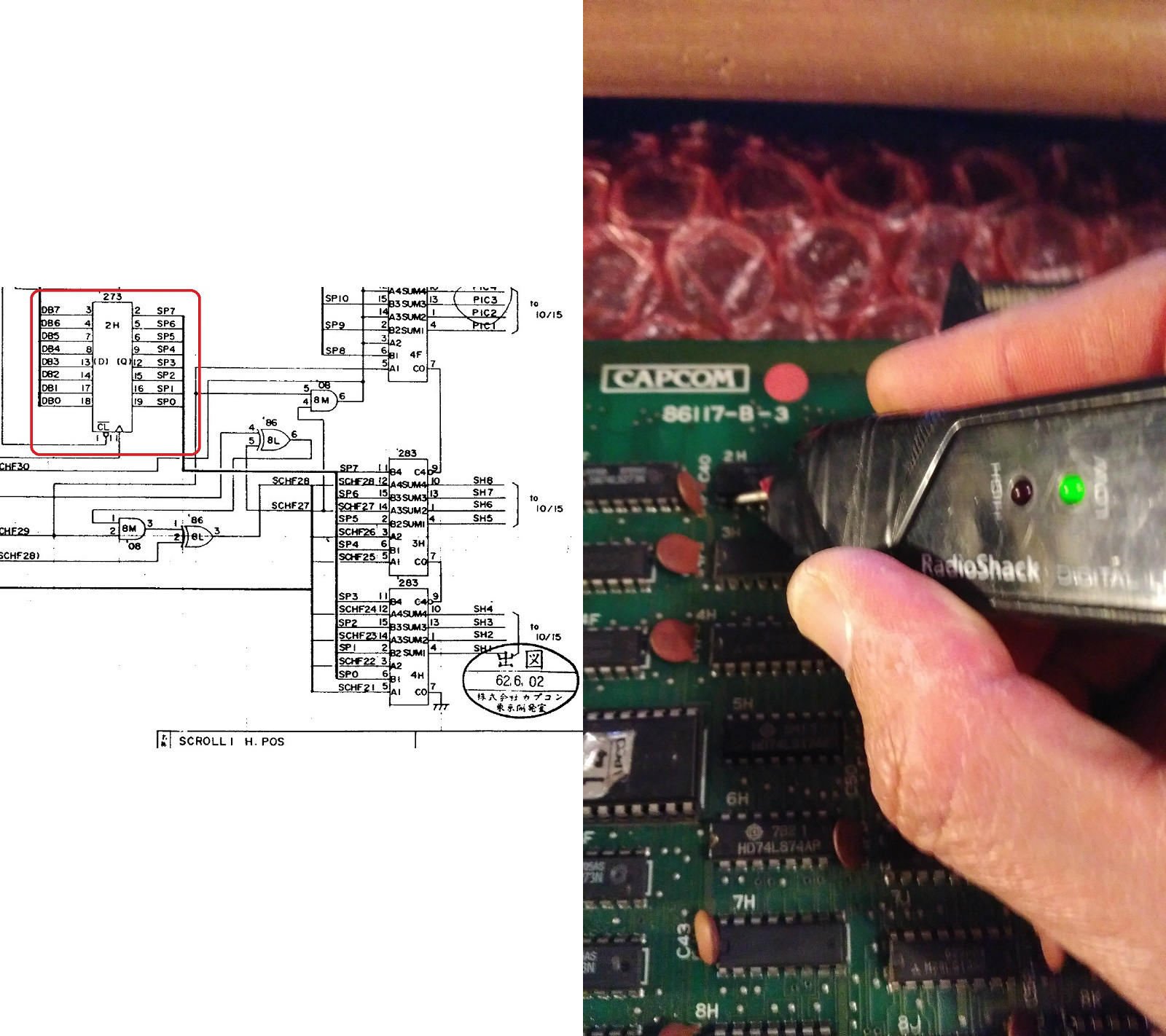 I removed the chip and tested it out-of-circuit, it failed as expected:

I installed a good IC and scrolling came back to normal.

Most of objects were fine but some of them (like bullets) sometimes turned into squared blocks: 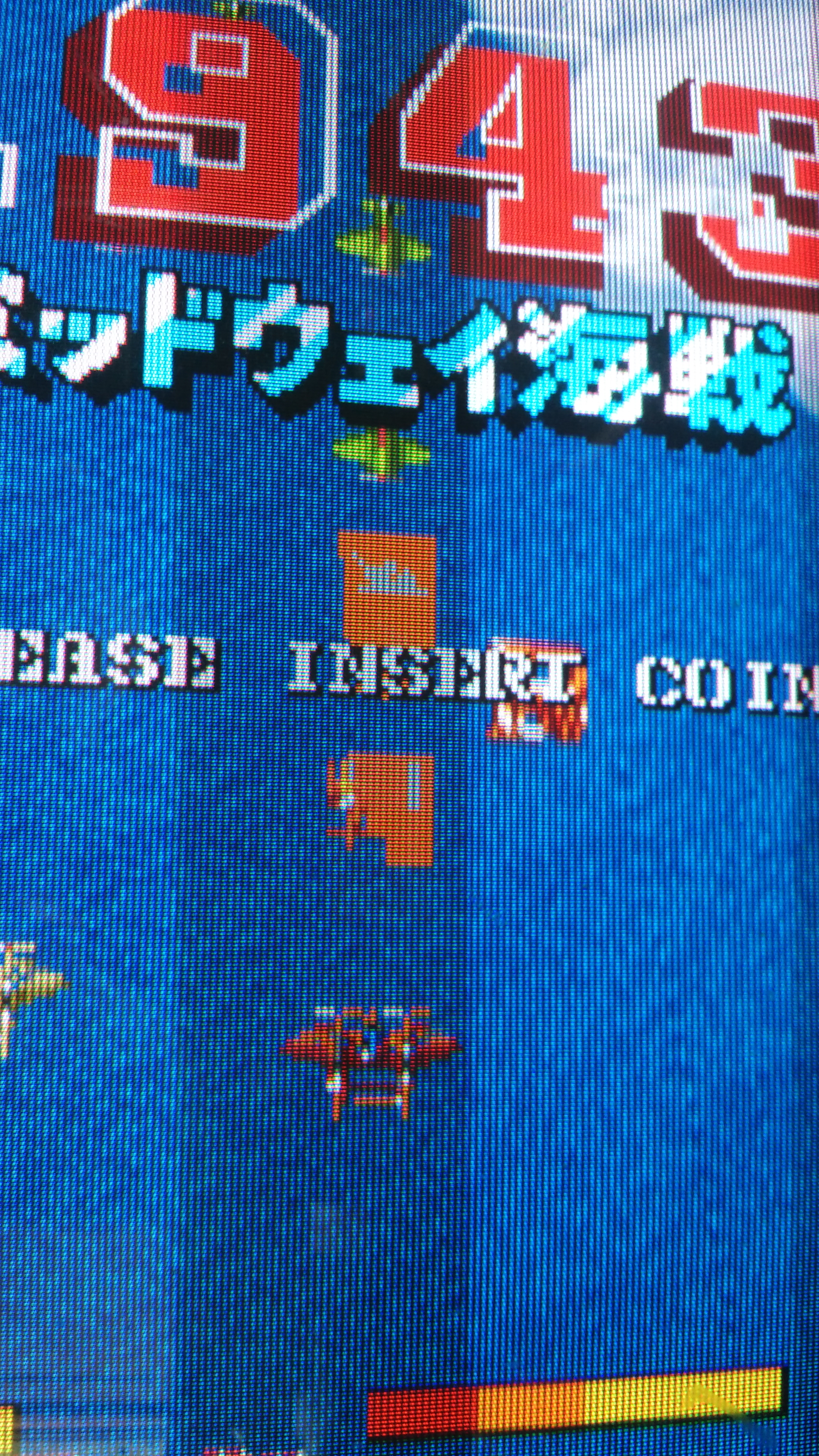 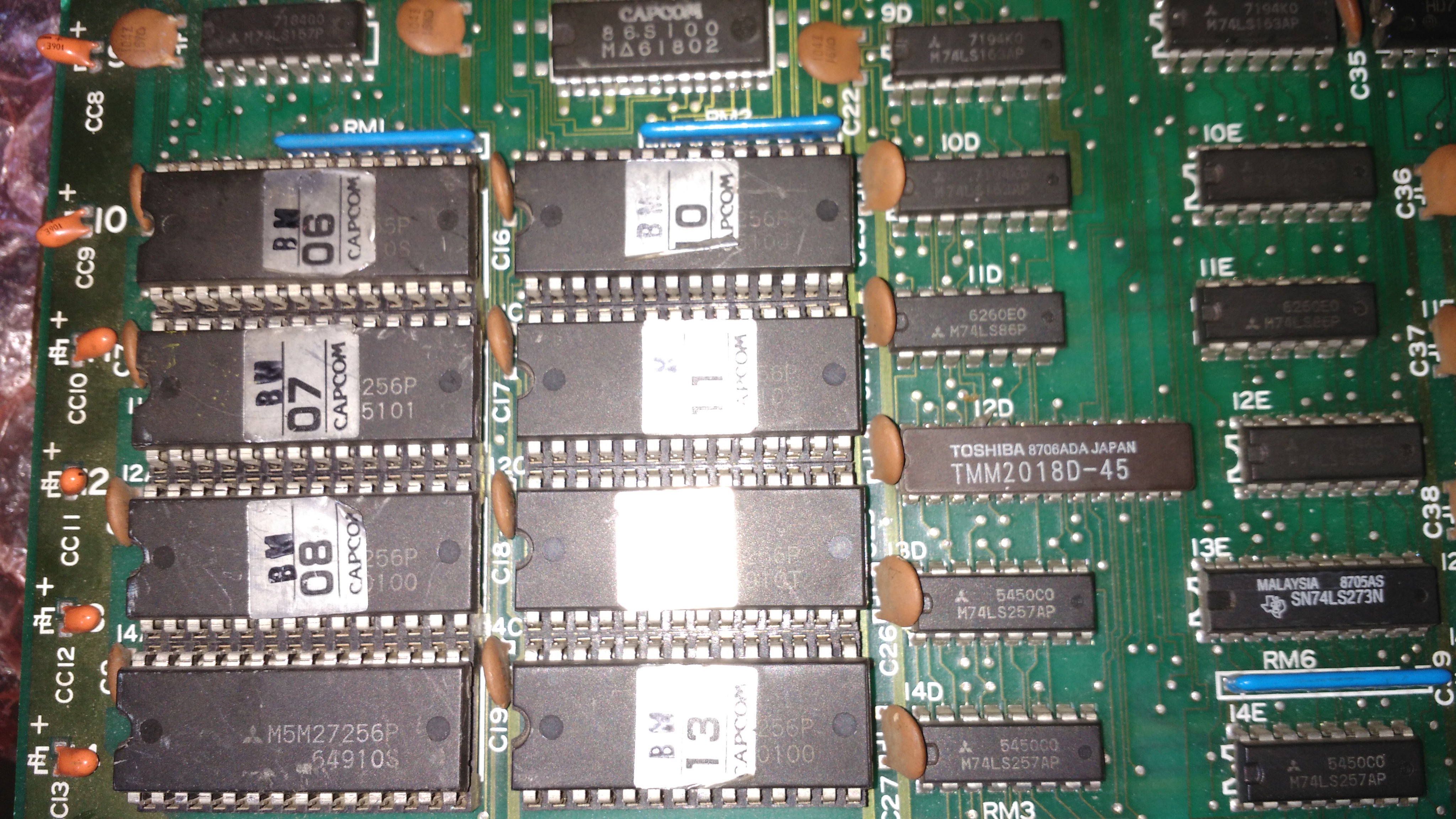 I read them and dumps turned out to be good but as further proof I swapped the devices one by one with a good set from another same board.When I swapped the one @10A labeled ‘BM06’ the issue disappeared so I programmed a blank 27256 EPROM.Sprites were fine now but there were still some little glitches affecting them : 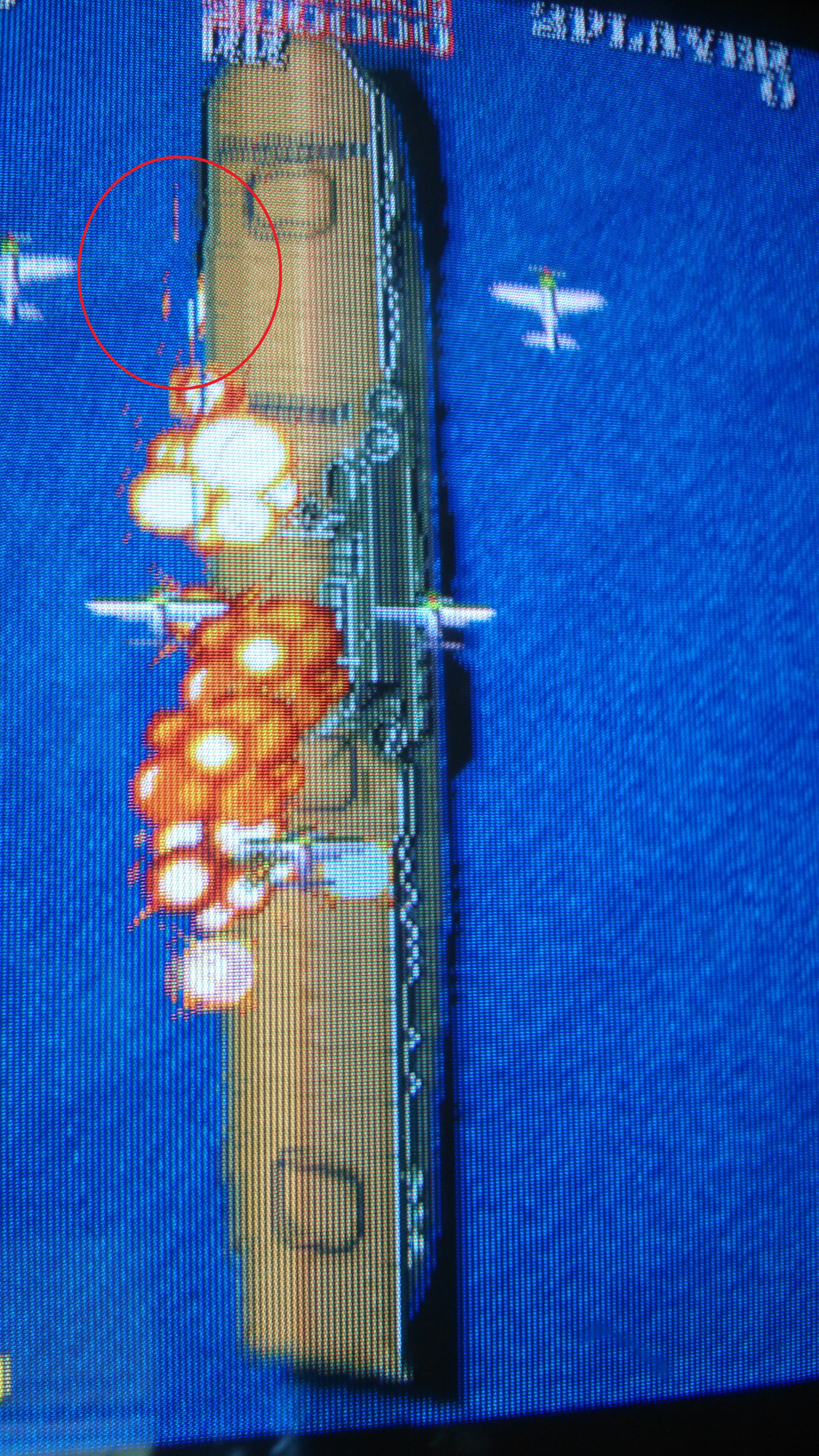 The sprites line buffer is made of two identical circuits called “LINE BUFFER 1” and “LINE BUFFER 2” in the schematics.Two 2K  x8-bit static RAMs (TMM2018) are the main part of this circuit : 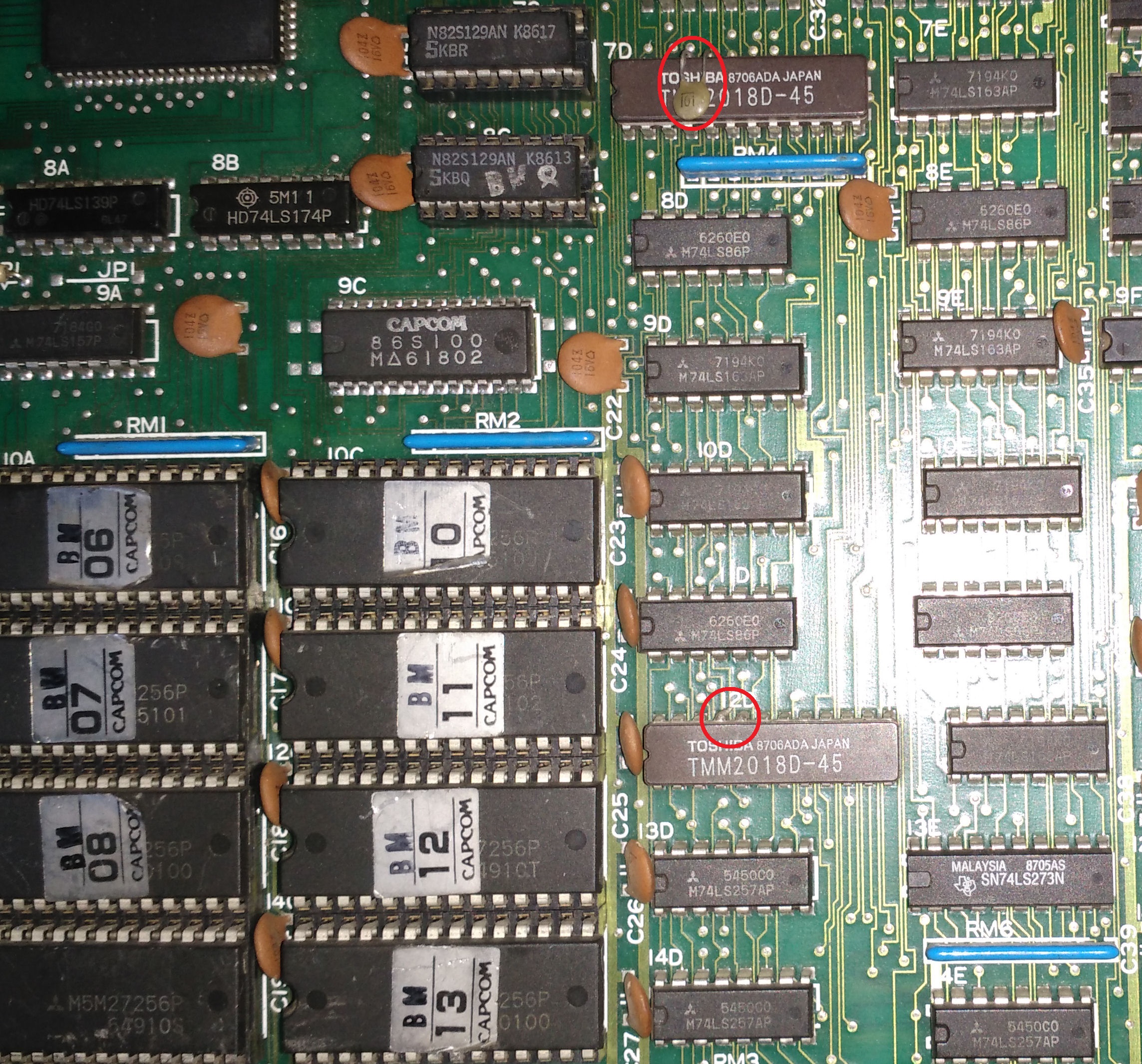 I installed the missing capacitor and this cleared the glitches,  sprites were perfectly displayed now.

Last issue to troubleshoot was the lack of audio.The 1K potentiometer was missing : 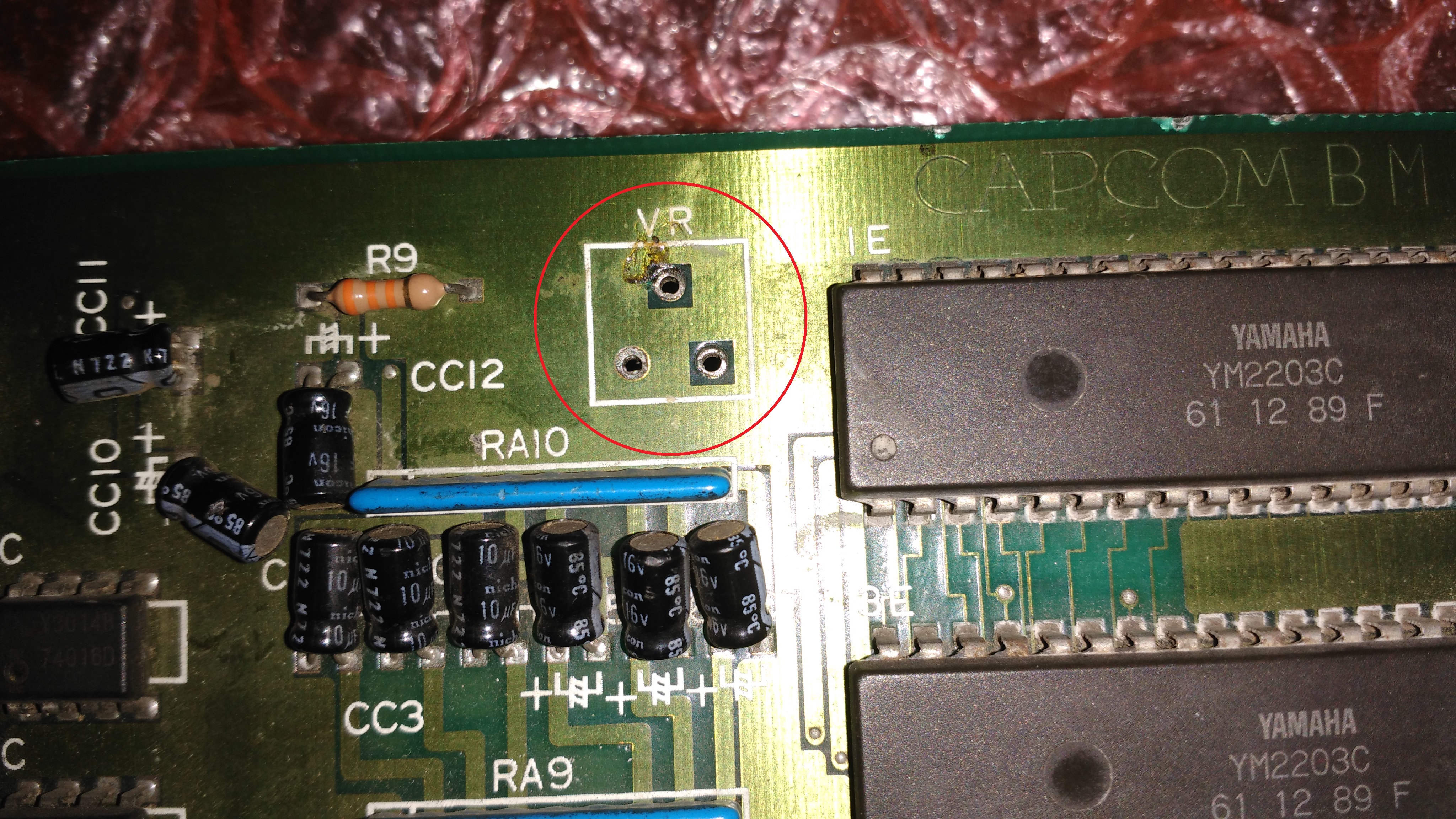 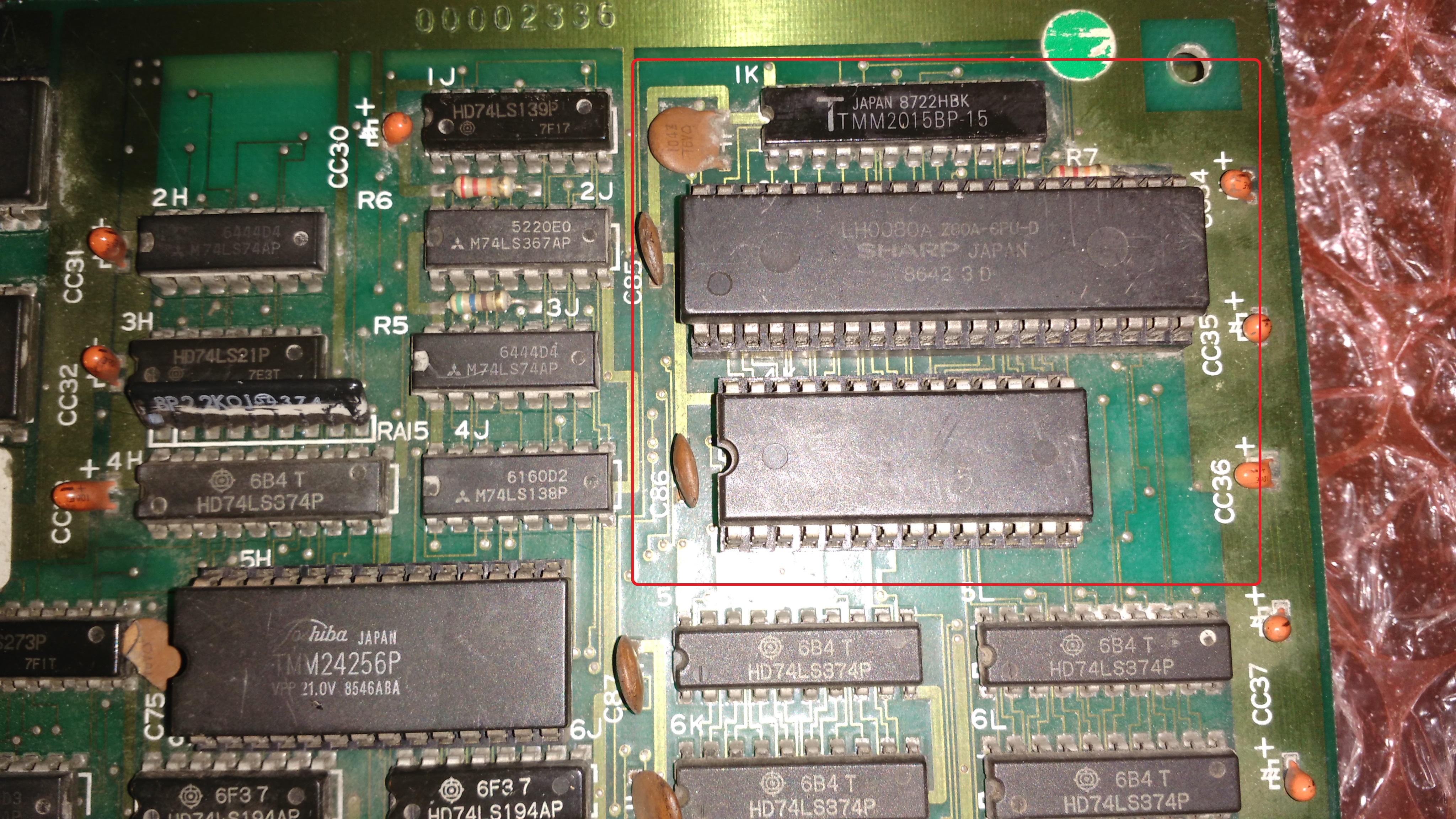 This means the Fluke encountered an error at address 0xC000 (the start of the Z80 address space where the RAM lies) where it was unable to read/write ‘bit 02’ which turned from hex number to binary is ‘00000010’.Translated into hardware this means that data line ‘D1’ of the TMM2015 SRAM was not working hence chip was likely faulty: 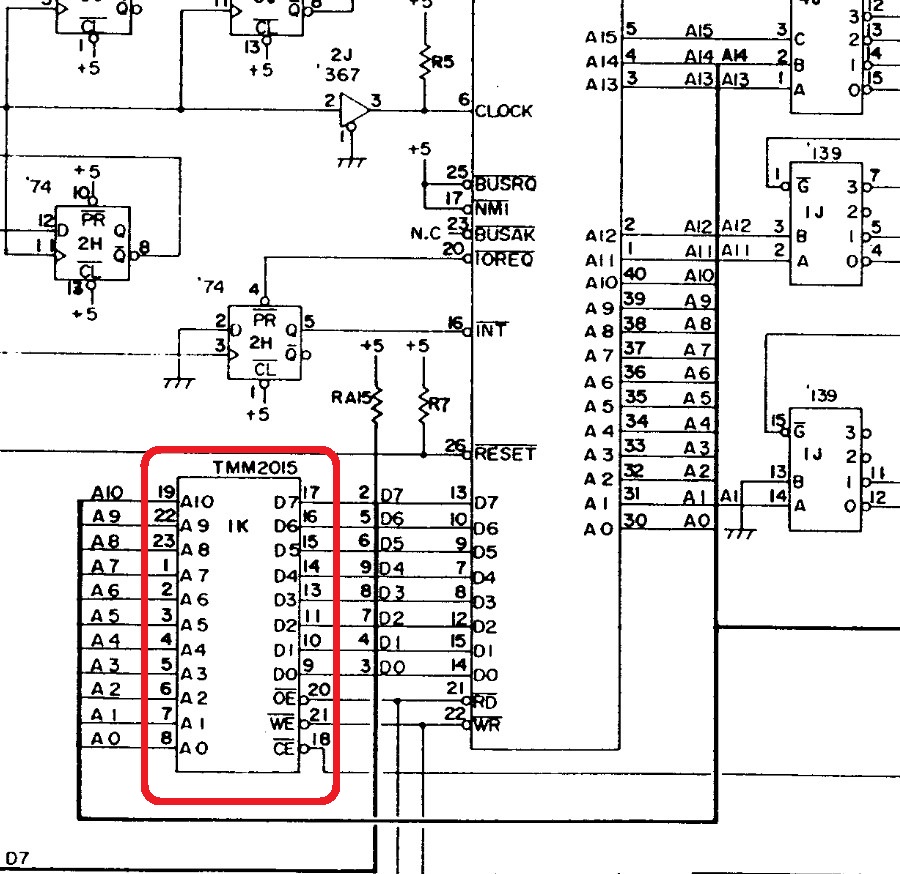 I pulled the RAM: 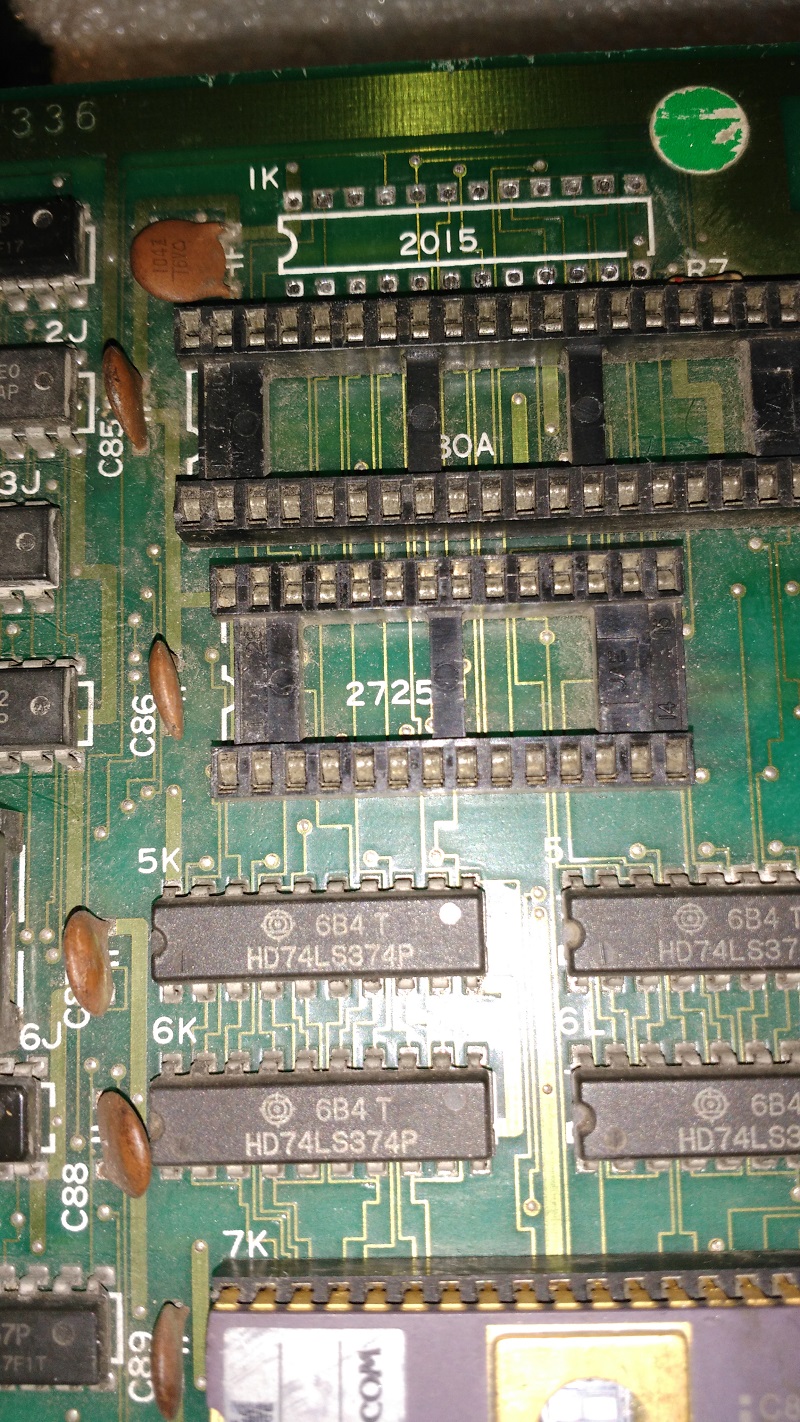 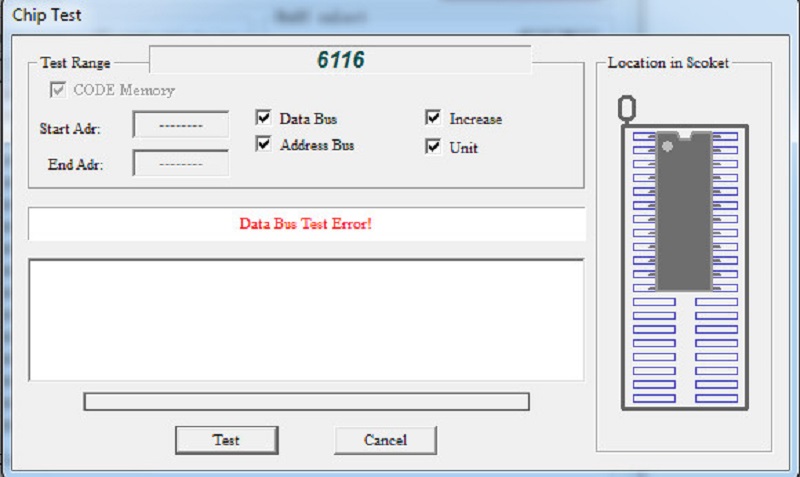 Fitting a good RAM chip restored the sound and fixed the board completely.Job done.