I received this 1943: The Battle of Midway Mark II in the past days for dumping and repair : 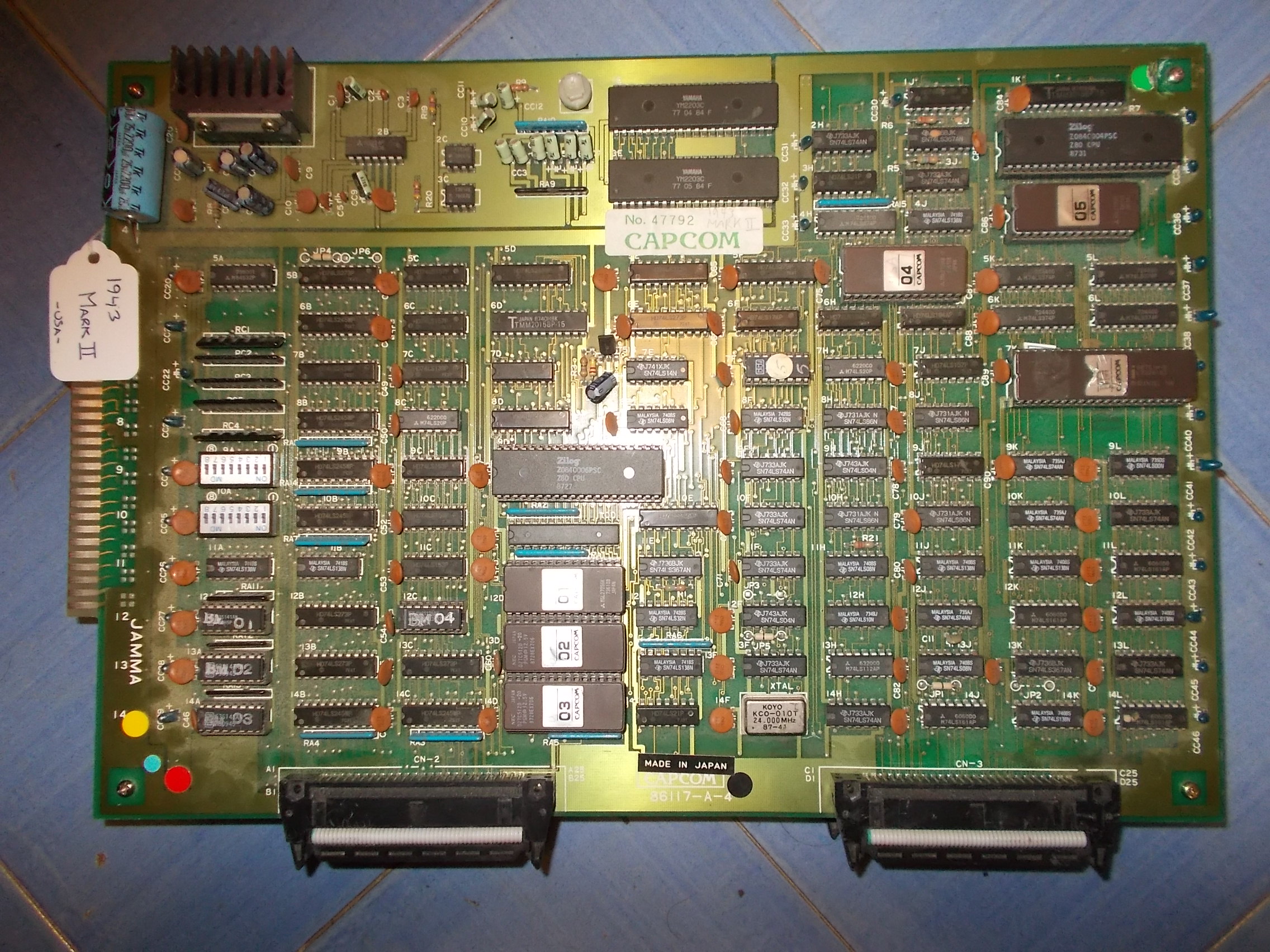 Game is an unofficial US version of the 1943 Kai, probably an hack where airplane sprites are from 1943 Kai but the background is from 1943.I obviously dumped it and it has been already emulated in latest MAME 0.175 release:

The board was in good shape despite its age, it booted up too but crashed or freezed after few seconds of attract mode or after started a new play:

In the beginning I tought about some problem in code execution so I replaced the WORK RAM as well as suspicious ICs involved in Z80 address/data bus but this didn’t lead to any improvement.Testing the board with a logic probe, a logic comparator and a scope gave me the feeling like it was some kind of disturb on the board which afftected timing causing freezes and crashes.In the below video you can see how the HP10529A logic comparator detected a glitch pulse in the exact moment when the game crashes :

Also probing the clock signal of Z80 with a scope revealed some interferences in the waveform.

From my experience often a capacitor with increased ESR can inject disturb in the whole board since it can no longer filter ripple current.So I went to test the electrolytic capacitors in circuit with my ESR meter, they were all OK except the one @CC18 (9.2 Ohm measured against a typical value of 2 Ohm for a 47uF 16V)

Among other things, this capacitor is vital for main Z80 /RESET signal generation since it’s part of the typical circuit made along with a voltage monitor like the PST518 IC adopted on this board: 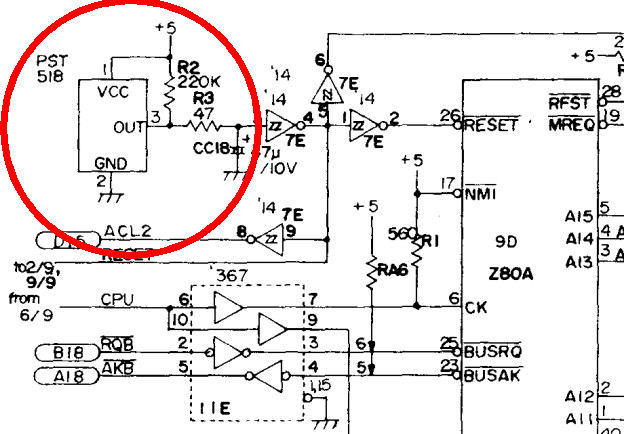 Once removed it, I had confirm of his increased ESR, besides also capacitance was half of its declared value:

Replacing the capacitor with a good one fixed the game completely.