Some years ago MikeJ from FPGAARCADE made a 28 pin CPLD replacement that could program to replace certain custom chips from a variety of arcade games and even the Commodore 64 PLA.
While I was waiting for Mike to get another batch of his boards ready, ColinD on the UKVAC forums contacted me telling me about his own project.
The concept is essentially the same as Mikes but his was originally geared towards replacing the SLAG chip on some Atari games. It does however have multiple links available so it can be configured into what we call ‘normal’ mode. This makes it so the power pins are in the corners like with ‘normal’ chips/EPROMS/etc. It also has space for a 3.3v regulator so a XILINX XCR3064XL CPLD can be used in place of the EPM7064 that I’m using. 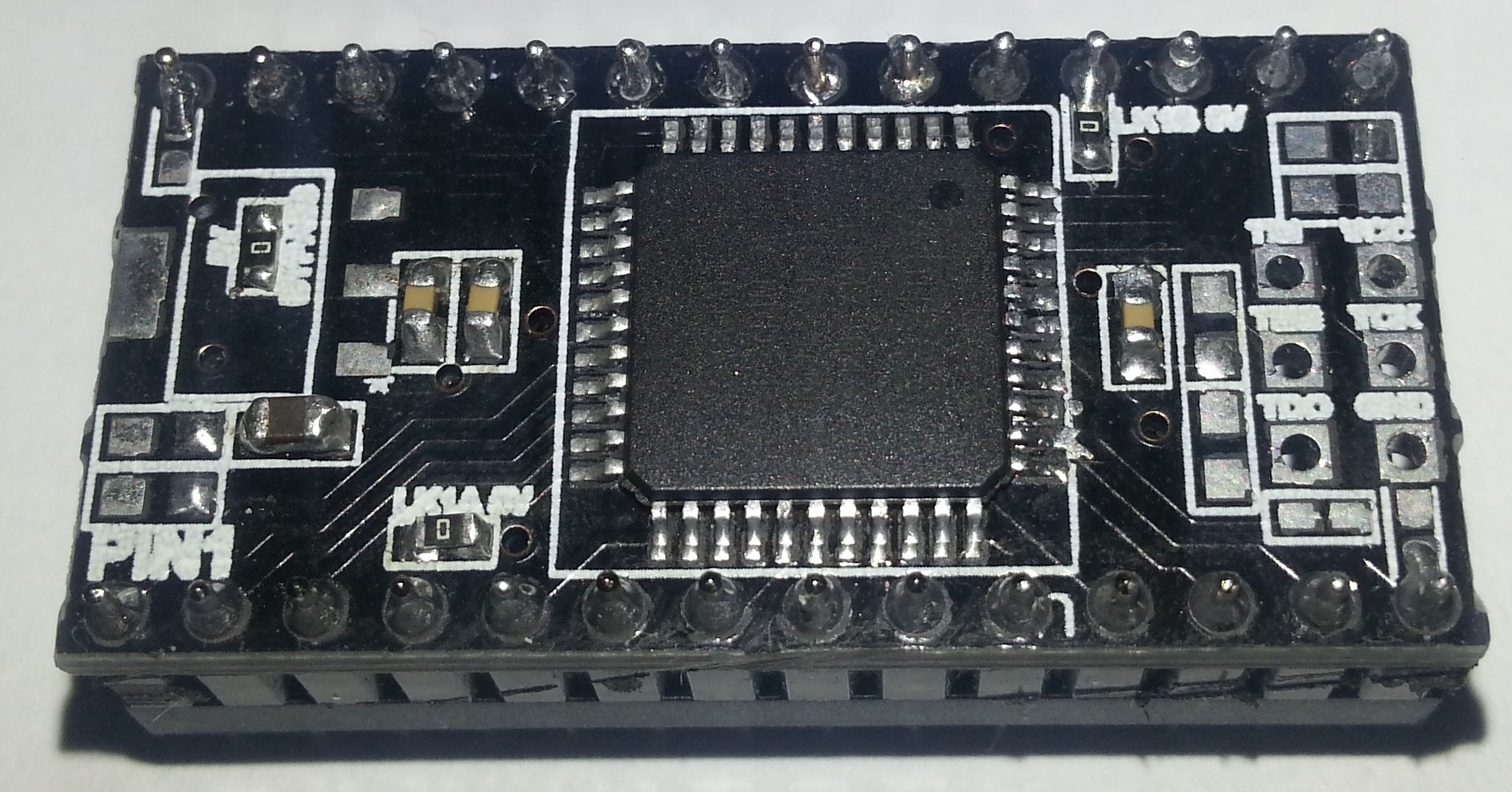 My first project for this was to reverse the Konami 501 custom chip. Luckily I have a one of the bootleg versions of Time Pilot here courtesy of Muddymusic that has the same layout as the original board but all the customs are implemented in TTL on riser boards so reversing this was a matter of drawing out the schematic.
I eventually got something that let the game boot and work but there were some graphics faults here and there. This ended up being an issue with using a modern part to replace old parts. The propagation delay on the CPLD is a lot less that the original TTL part. This was solved by enabling the ‘Slow Slew Rate’ option in Quartus II.

So with the 501 reversed and the chip I have confirmed working I’ll set about doing the others on this board.
I’ve yet to test them on genuine hardware but I remain hopeful.

The original thread of Colin’s can be found here.
If anyone is wanting one of these then you can PM user ‘ColinD’ on the UKVAC forums.