This PCB from my collection had a subtle problem after some minutes of being turned on and with voltages more than 5.1V 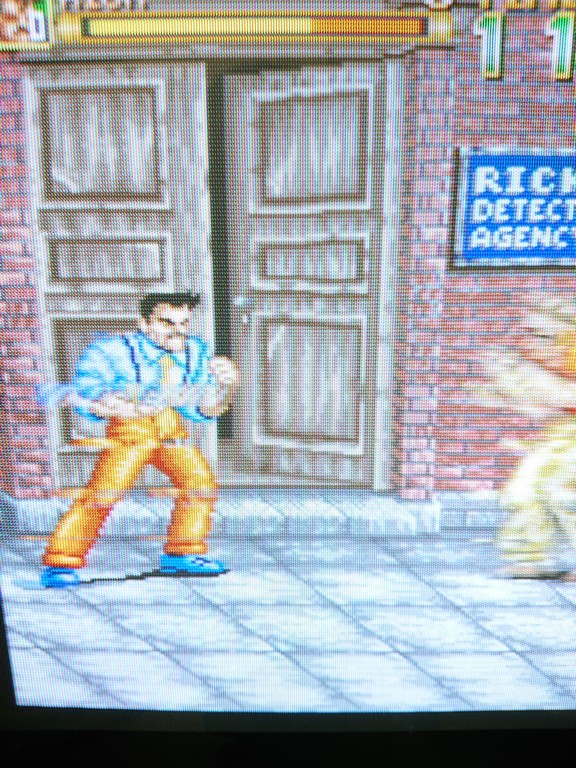 If I lowered the voltage to exactly 5V the sprites were good.

Being a perfectionist I started to find the culprint and eventually I found the circuit involved in the problem.

If I put the oscilloscope tip on pin 2 of 74LS365@IC55, the problem got worse, more lines were shifted to the left.

The chip was good so I changed also all the components which were in the chain, a 74LS245@IC56 and a couple of rams @IC57 and IC58 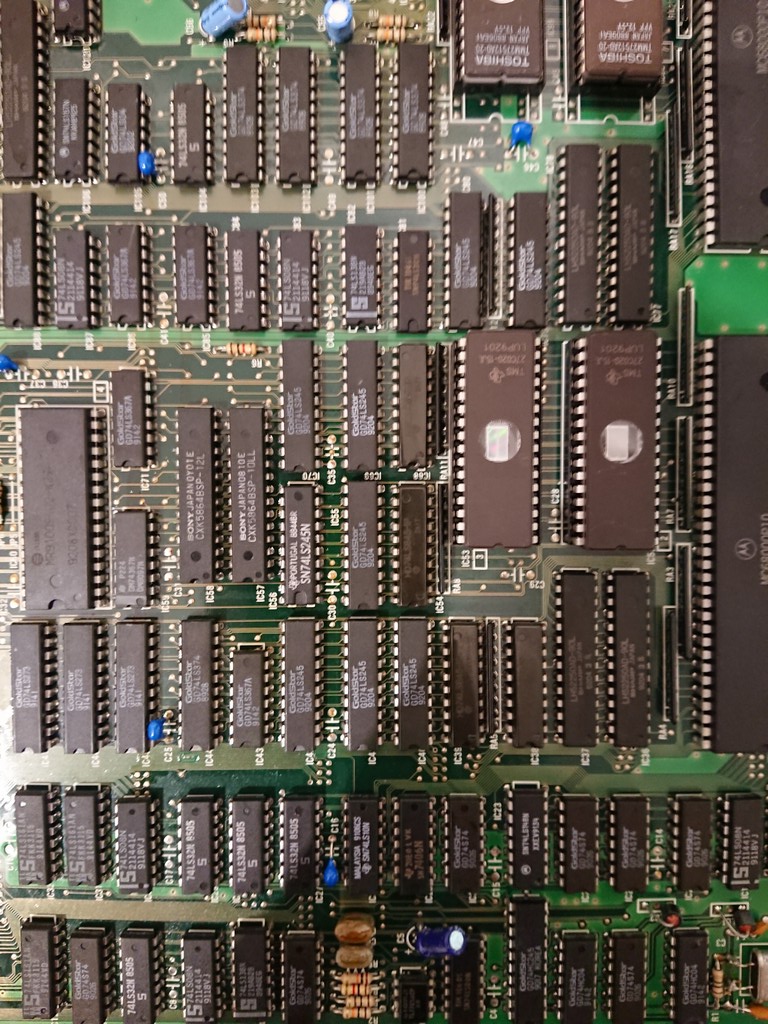 Still same issues after some minutes powered on

At this time I really thought it was either the sprite maskrom or the custom chip which was the source signal of pin 2 of 74ls365 until I noticed that the same signal was also connected to pin8 74LS273@IC94 which was pretty far from the other chips in the chain.

I decided to make a piggyback with a good chip and the problem desappeared completely at all voltages.

I changed it without further checking and still the problem was there!

With the tip of the oscilloscope I touched pin 8 and the problem disappeared immediately.

The oscilloscope probe has some capacitance which delayed somewhat the signal and fixed the problem. 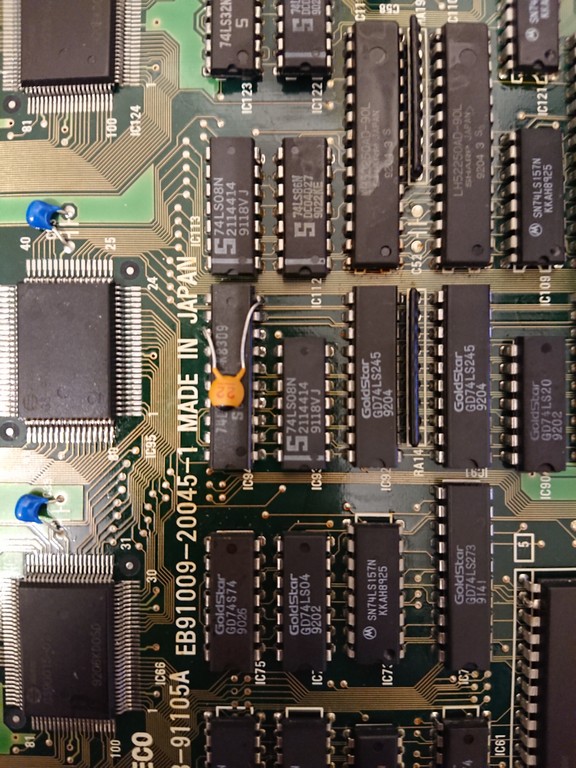 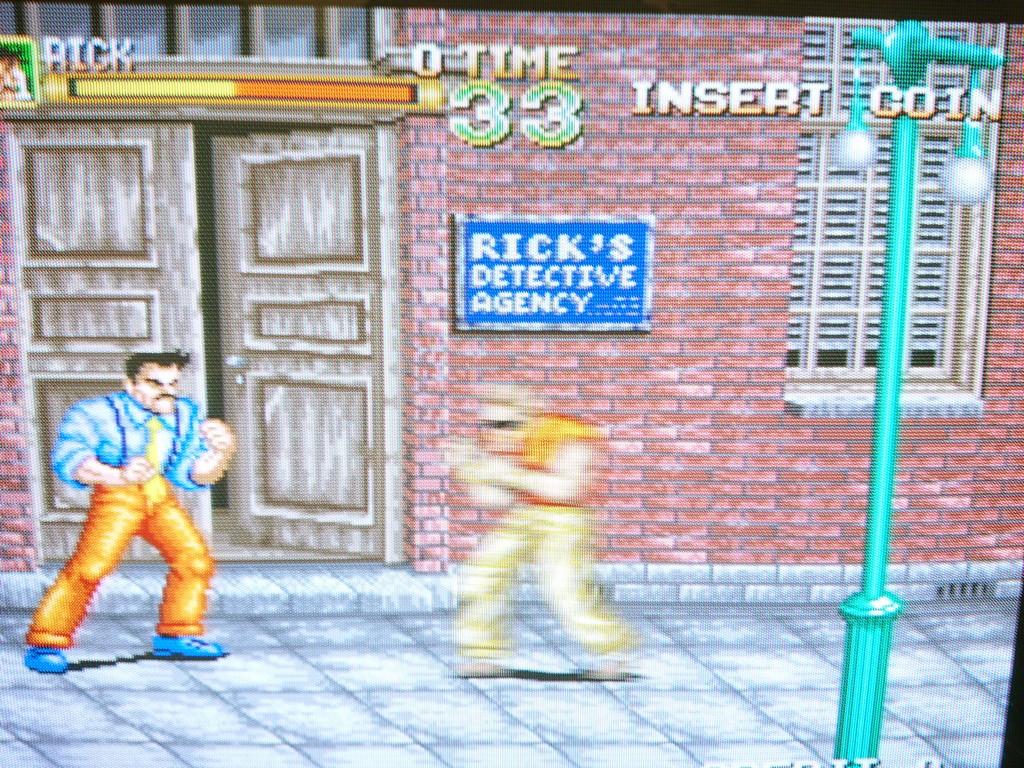