Another shoot’em up on the bench and still a PCB received from Portugal.This is the time of Air Buster  – Trouble Speciality Raid Unit-  released by Kaneko in 1990 . 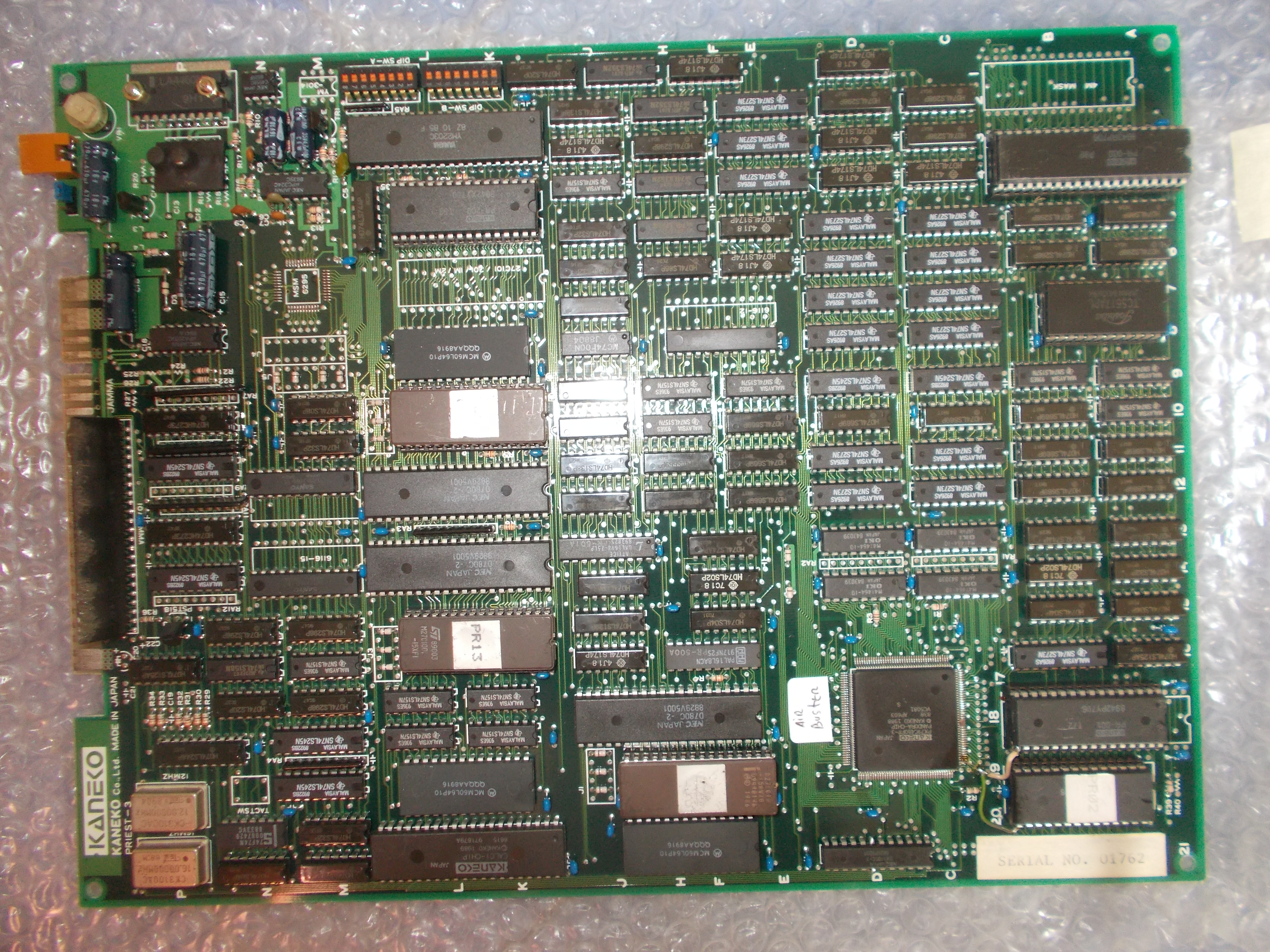 Board booted to a static grey screen : 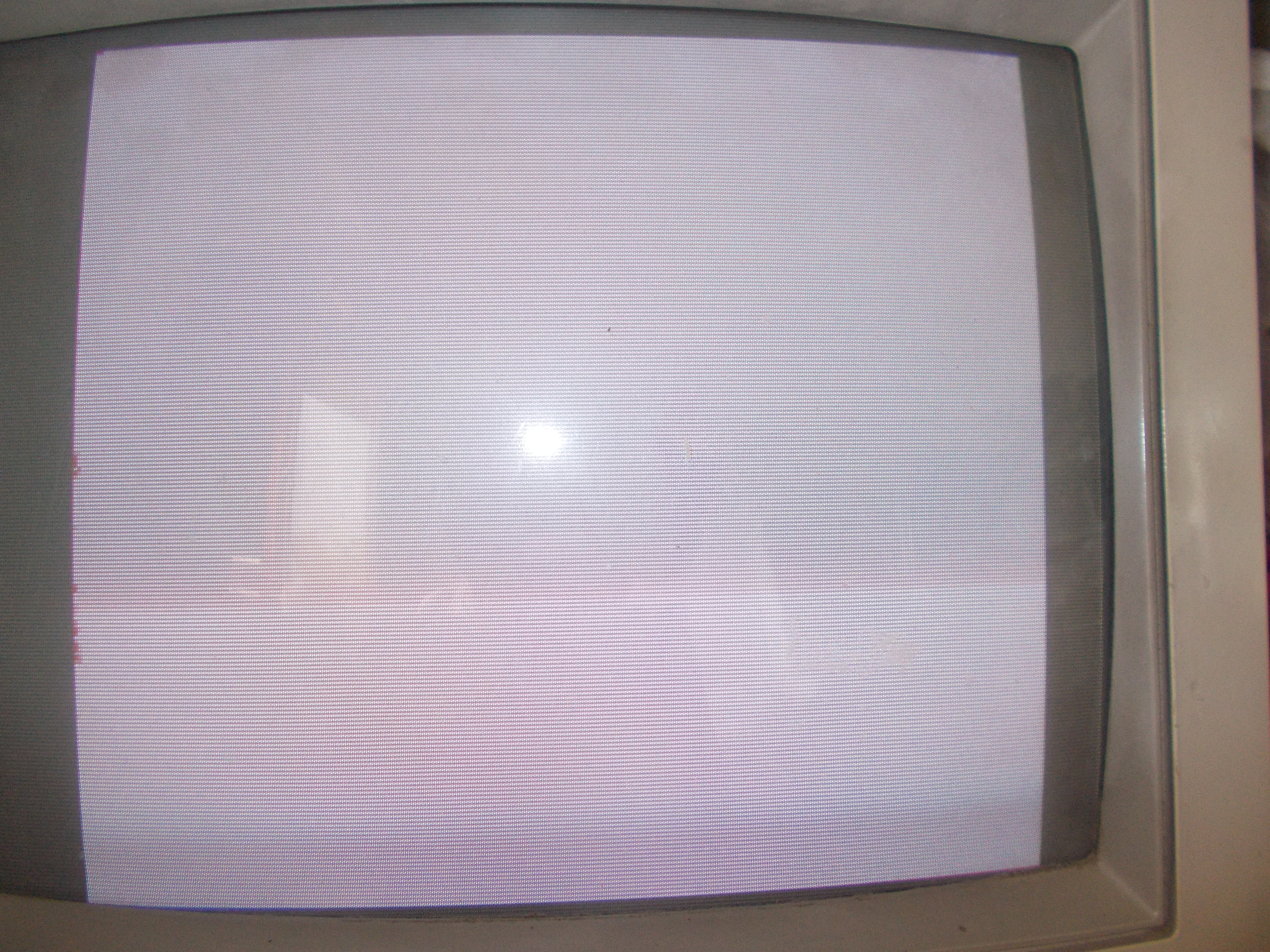 Touching the board while powered on I found the IC @D21 was really hot : 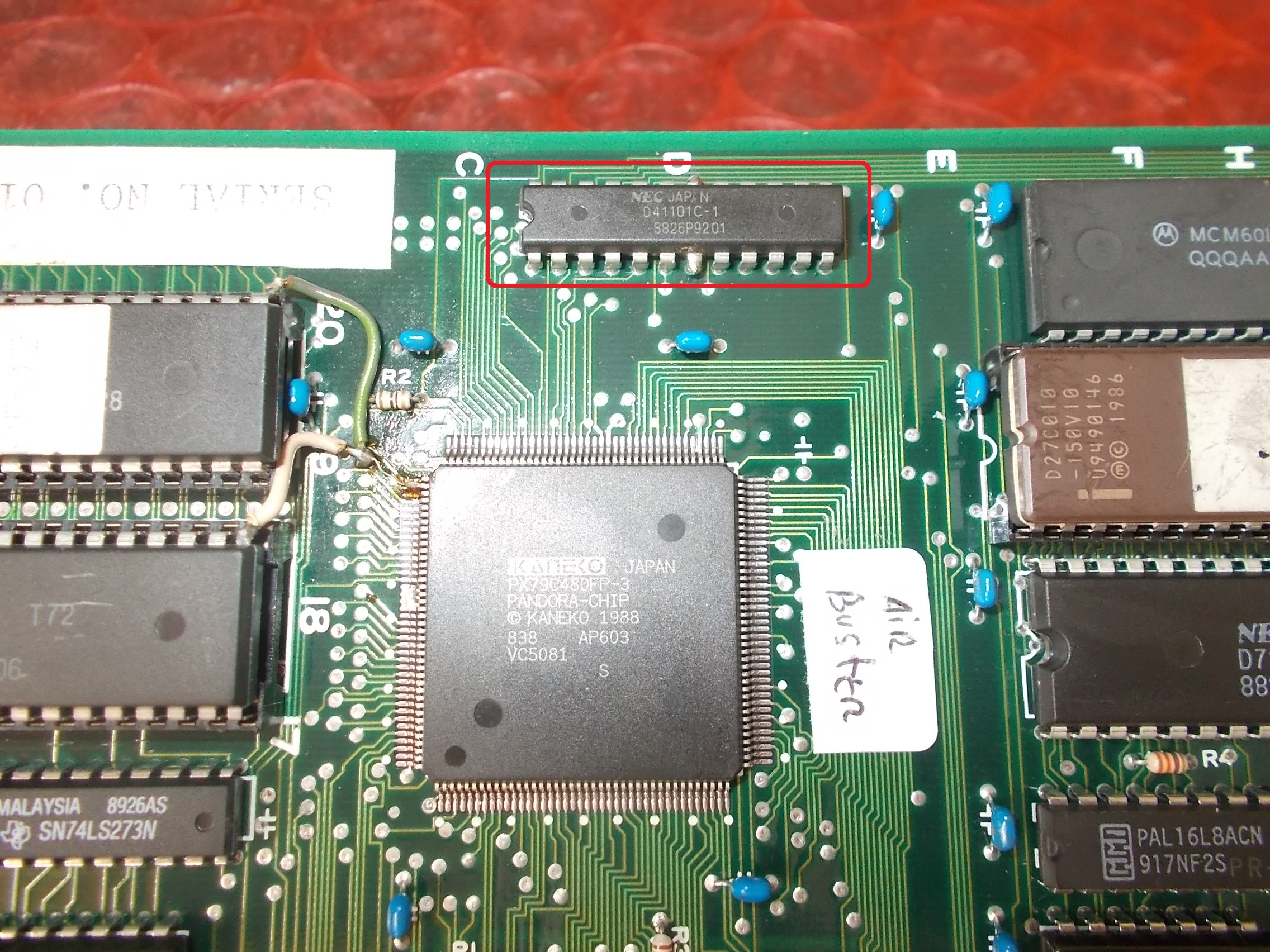 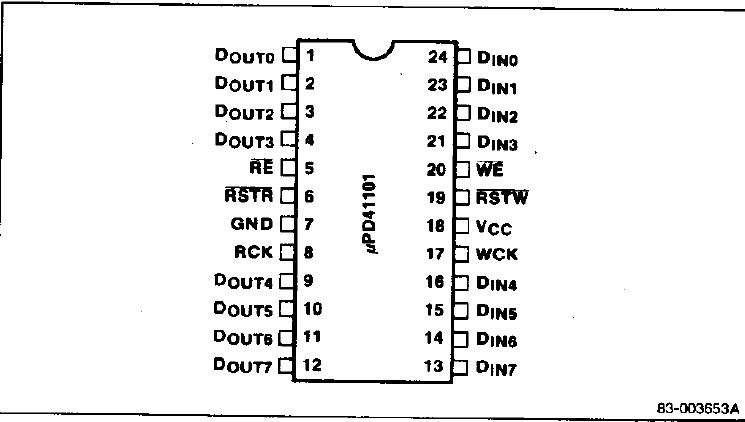 The data outputs pins were all stuck low: 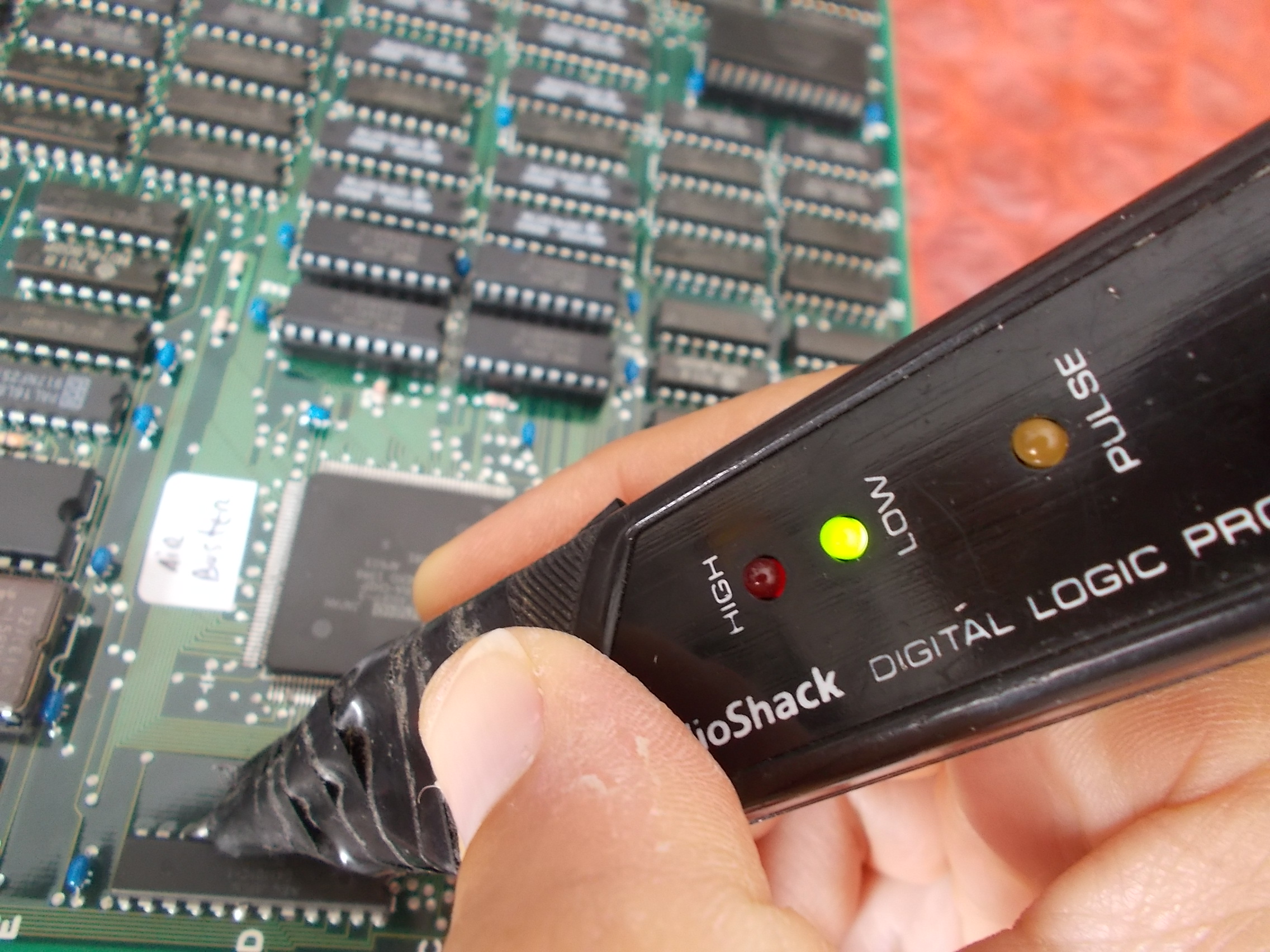 I removed the chip and replaced it with a compatible uPD42101 : 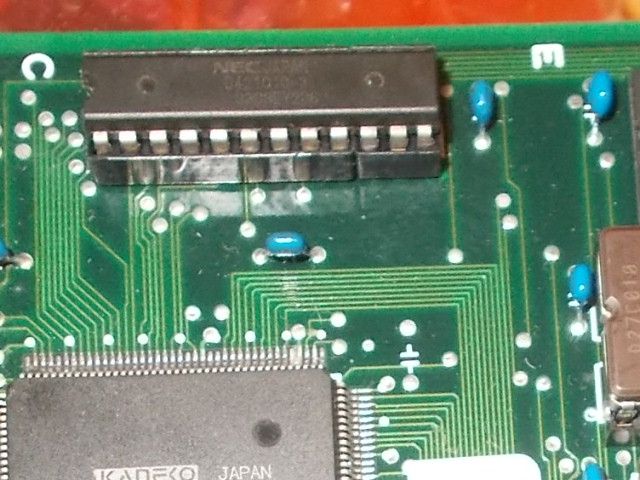 The board sprang to life with the power on self test which reported all RAM/ROM devices as good: 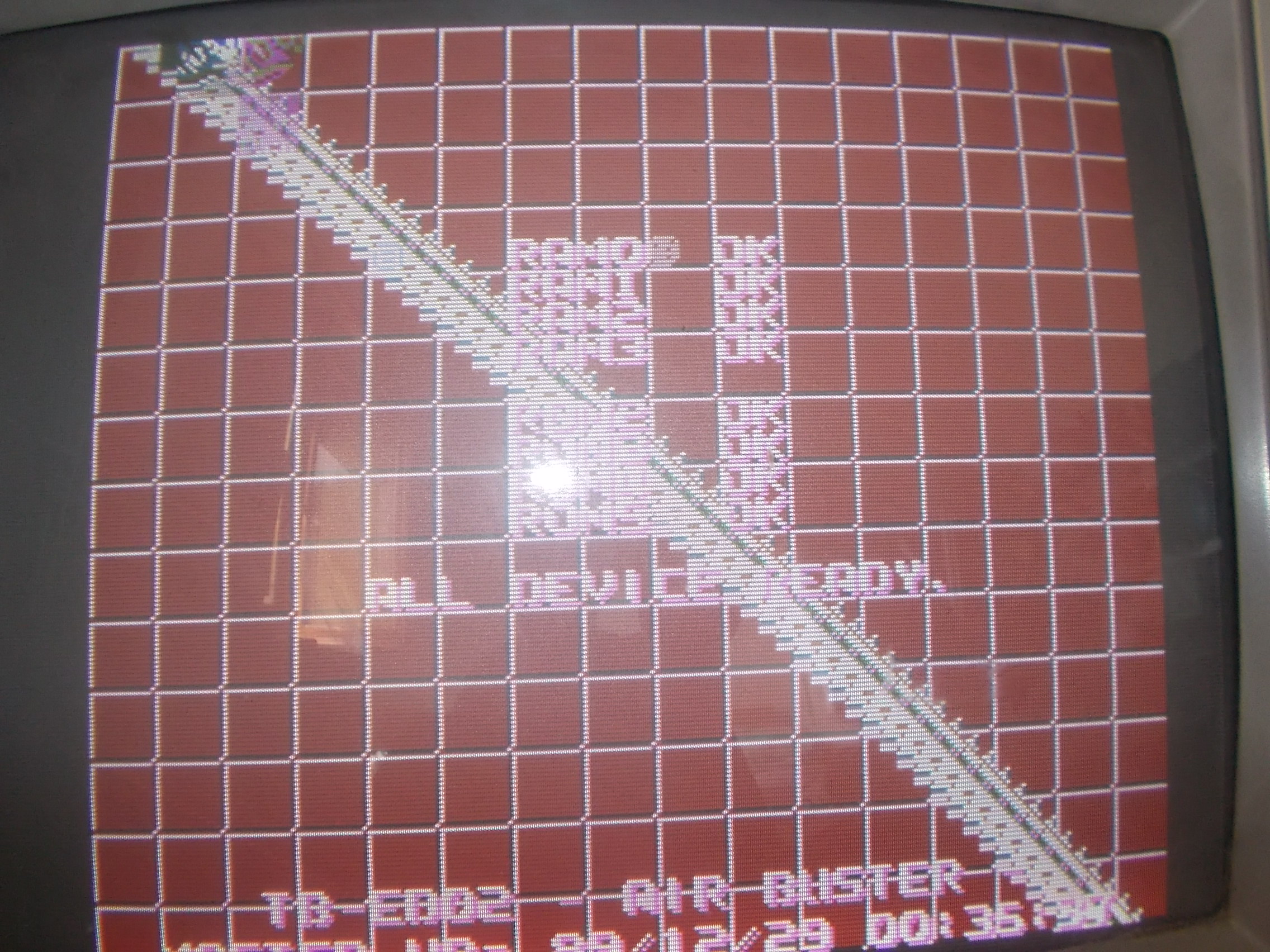 But it kept to reset and restart again the POST in an endless loop.Randomly the board gave an error related to the SUB CPU which was generating a not maskable interrupt (NMI) 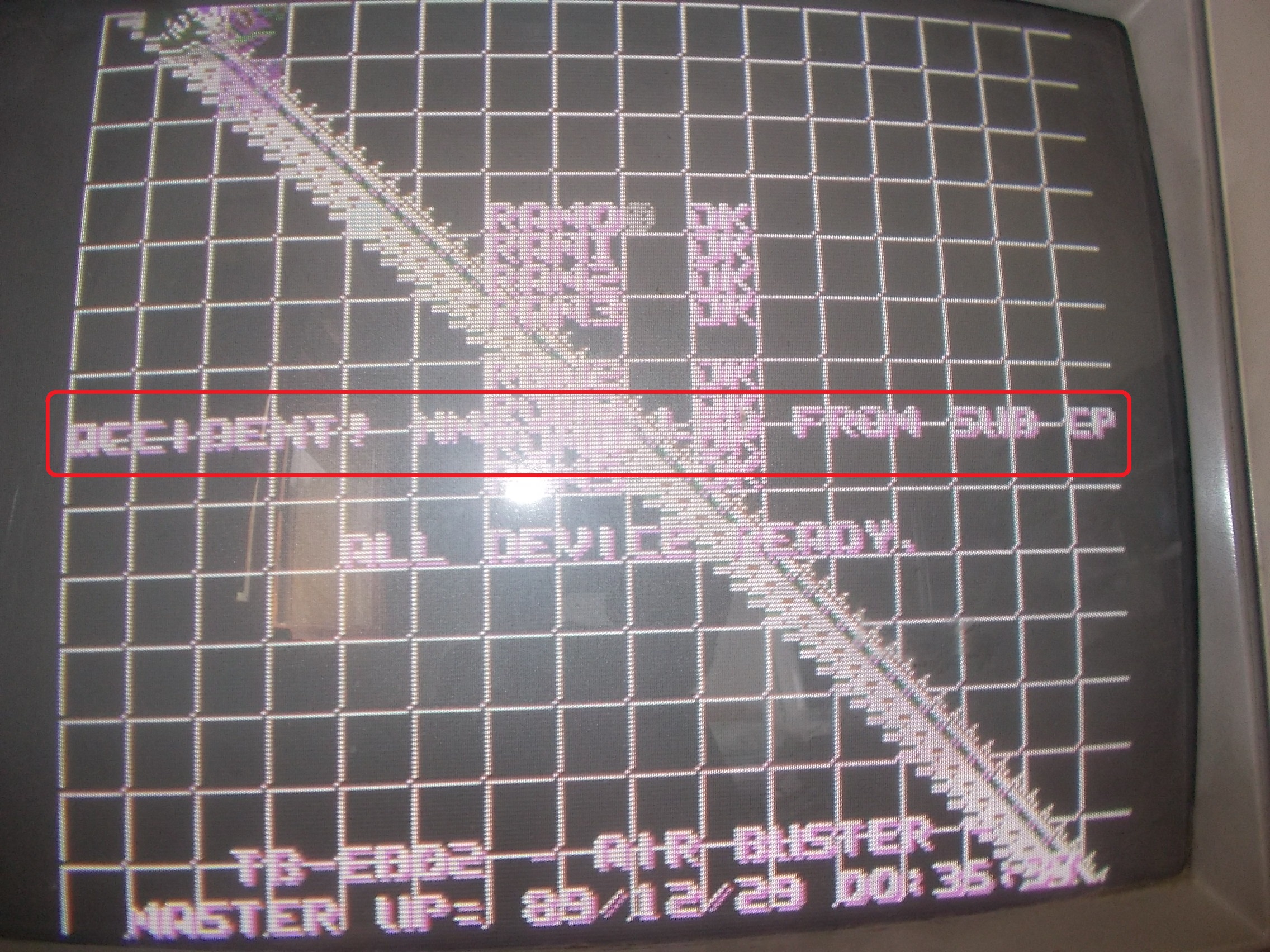 There are three PLDs on board and the one marked ‘PR-501A’ is involved in SUB CPU circuit : 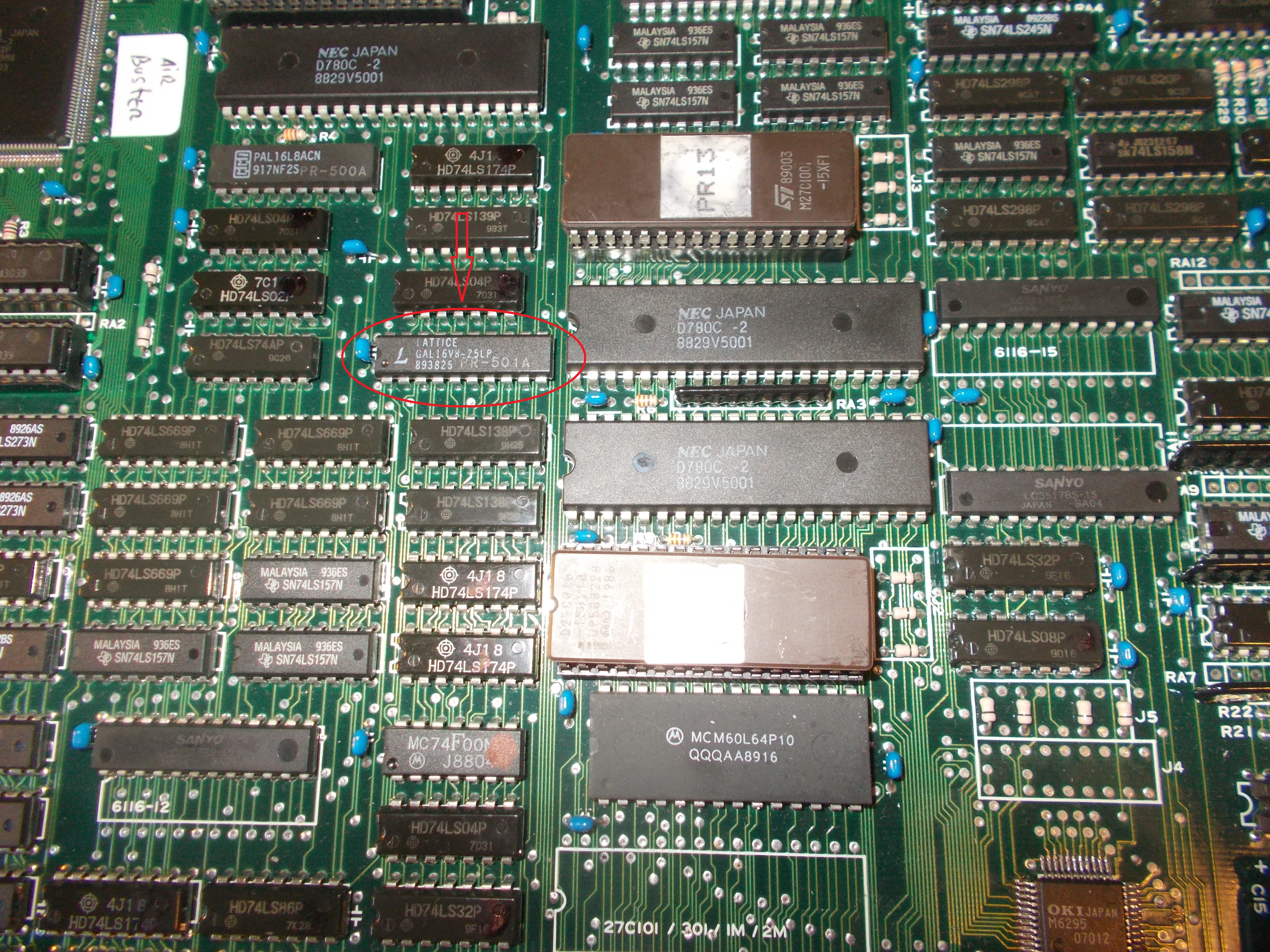 Probing it revealed some of the outputs were stuck low, they showed few Ohms of resistance to GROUND compared to typical values: 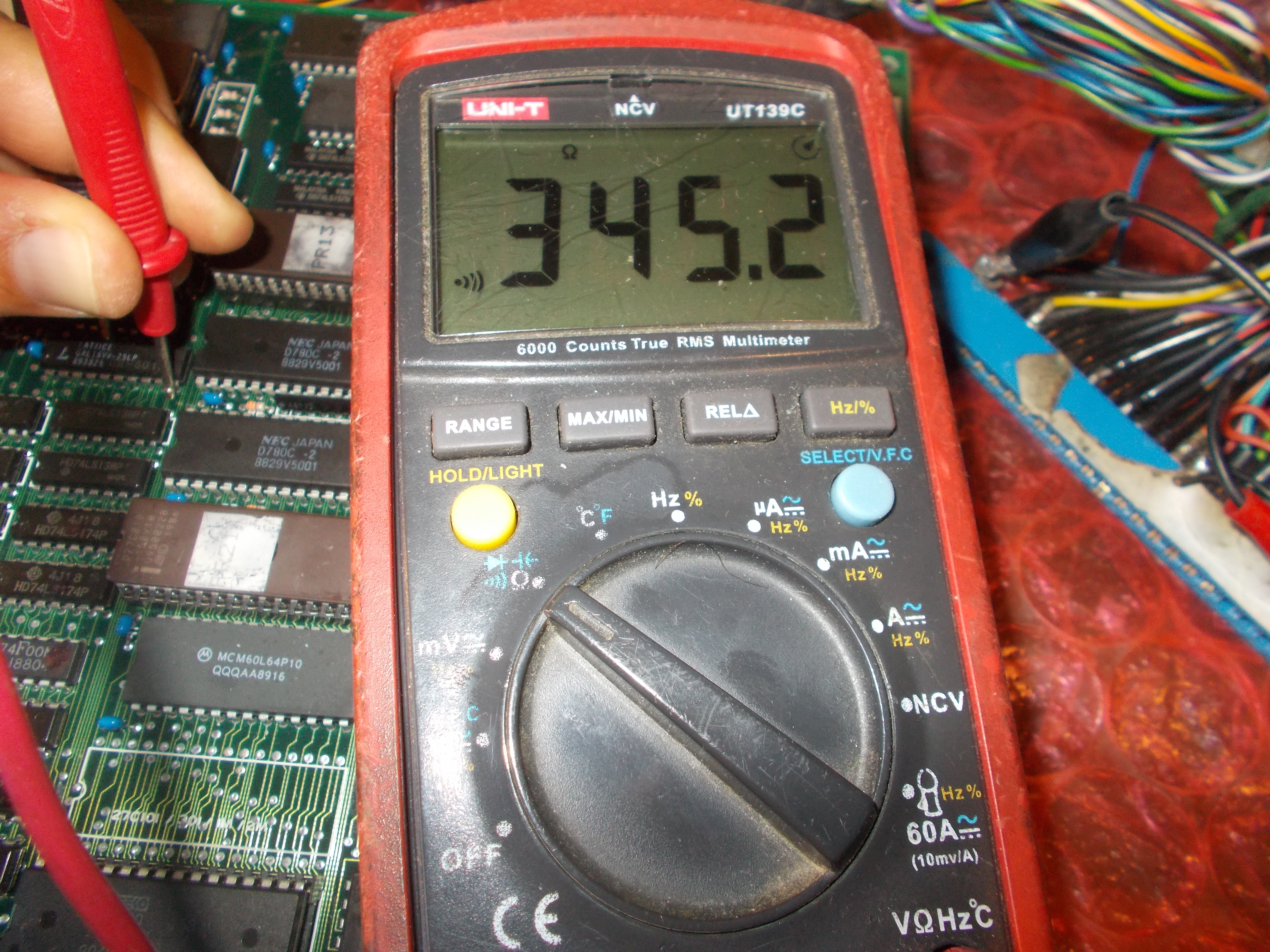 I pulled the IC and read it in my programmer, although the device was protected this would have give me an idea about its functionality.I got  a read error which confirmed that it was really bad :

Luckily we have dump of this PAL in our database so I burned the JED in a GAL16V8 and the board finally booted into game.But colors were wrong and sound absent : 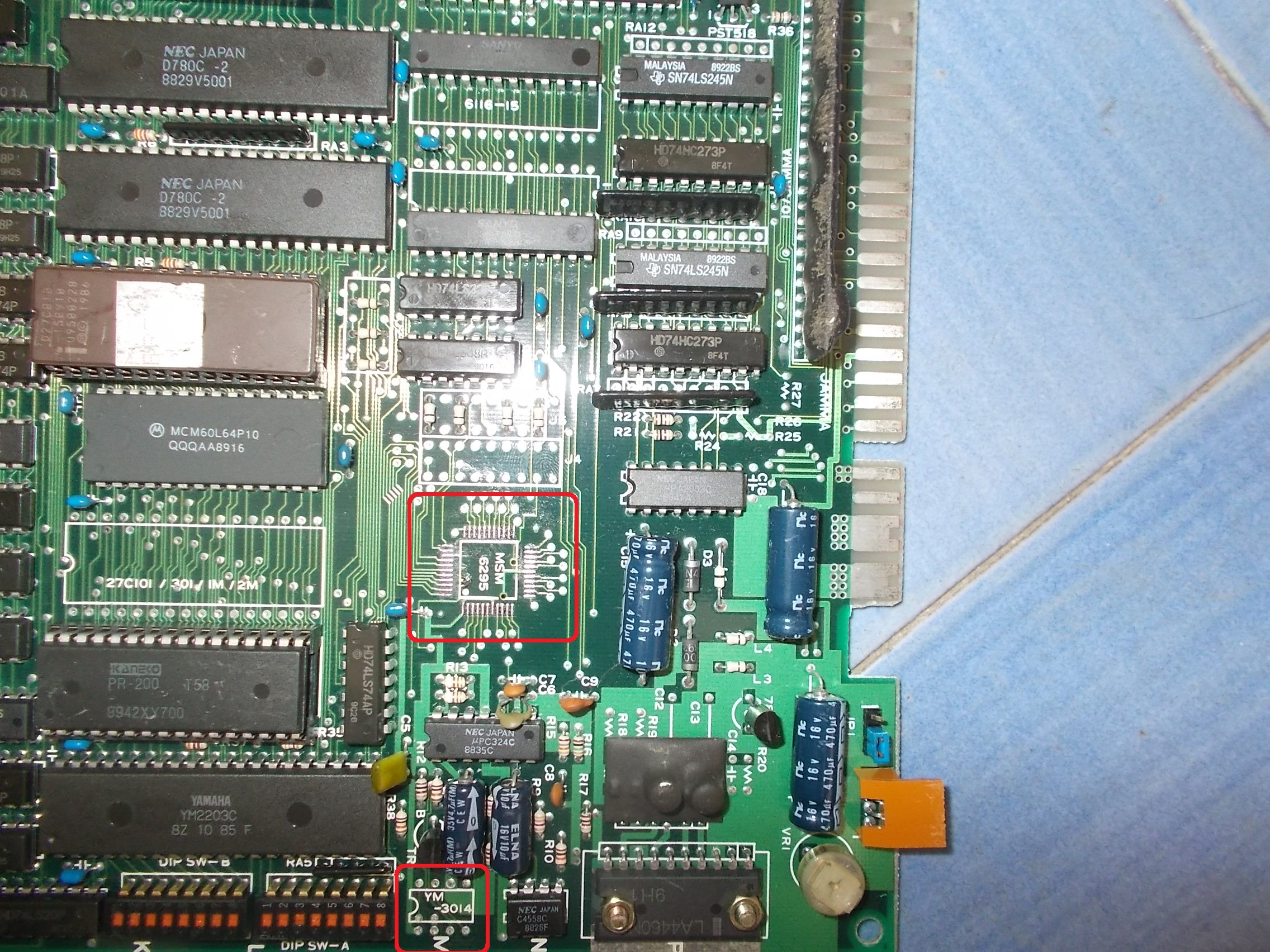 As for colors issue, piggybacking the two 2k x 8bit palette RAMs lead to some improvement : 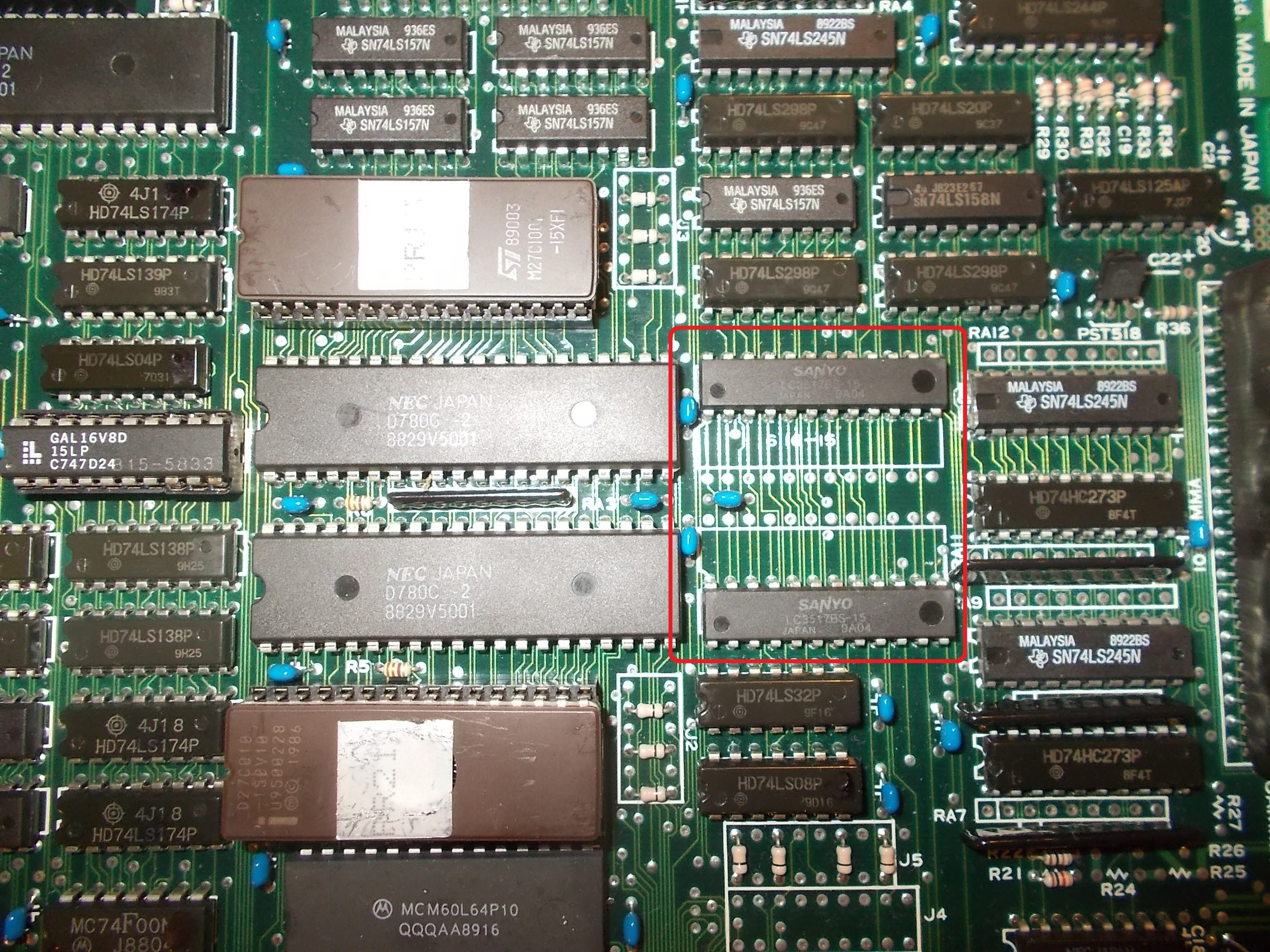 So , since the RAMs were also from Sanyo manufacturer (not really reliable in my experience) , I pulled and replaced them although the chips were tested good out-of-circuit.This fixed the issue and board completely.