Got this Aliens PCB for a repair.Board was not in great shape, quite dirty :

When I powered it up I was greeted from this screen repeating in an endless loop sign that board was watchdogging: 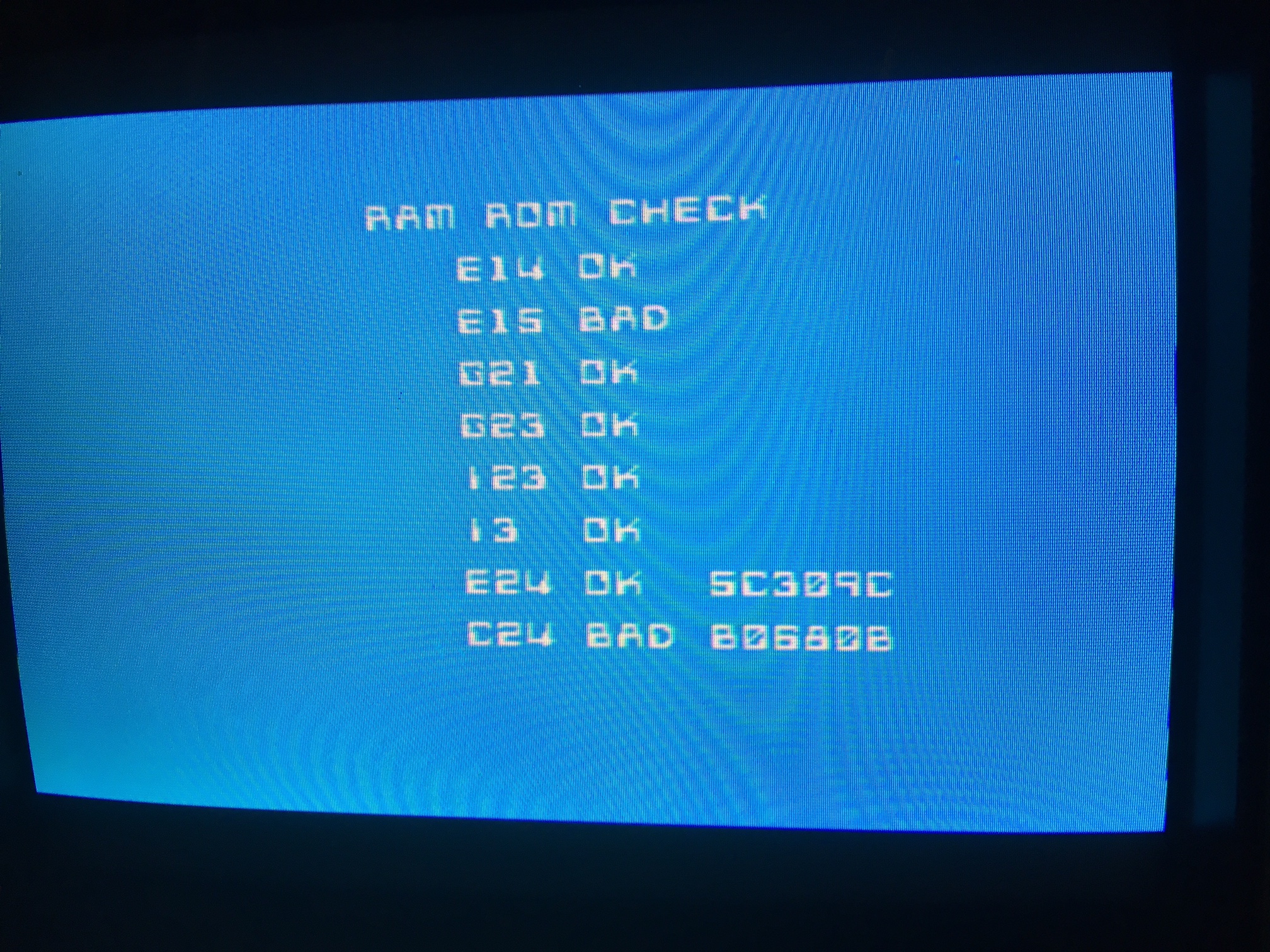 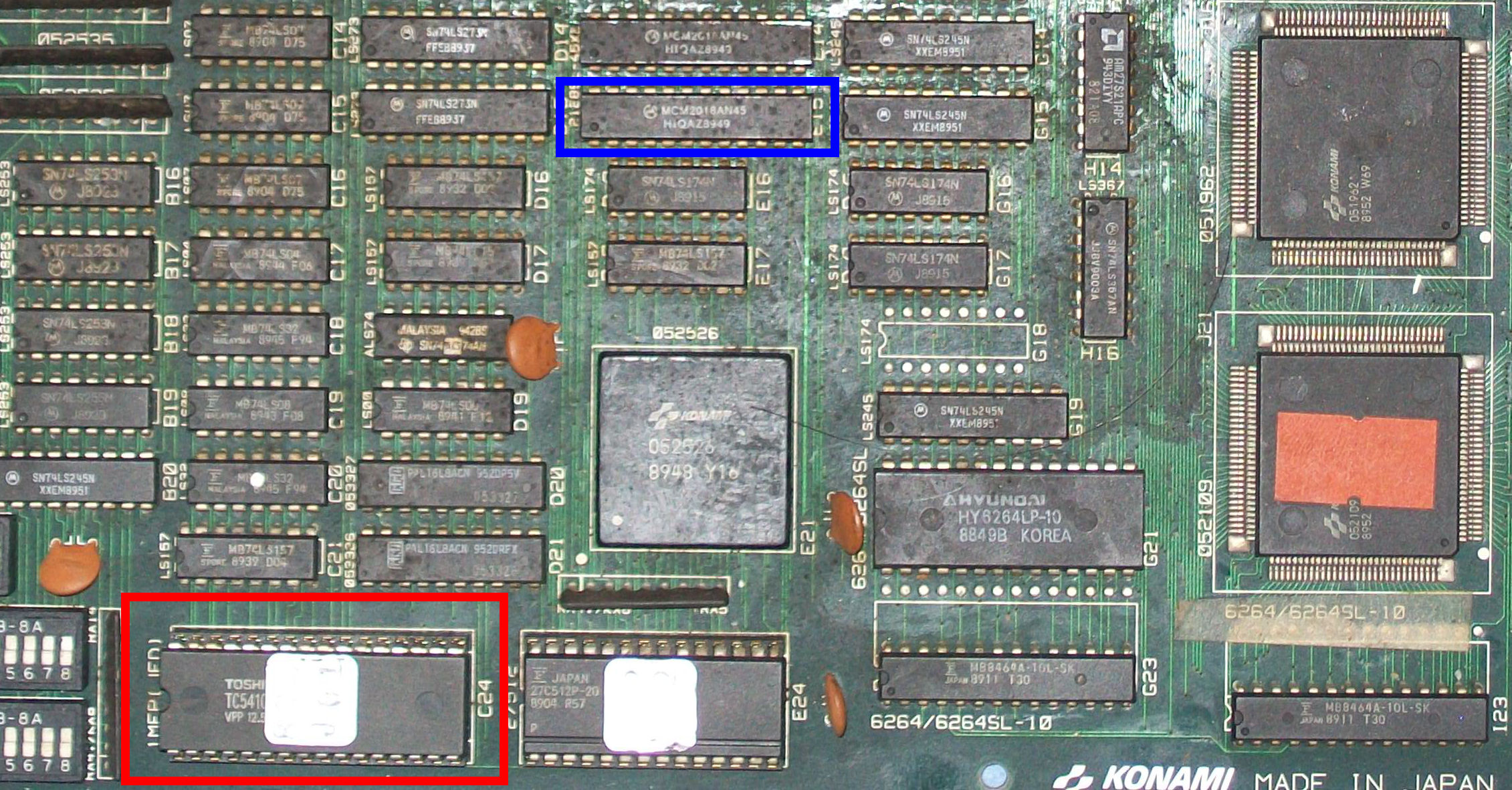 I dumped the MASK ROM and my programmer warned about a possible damage of the device: 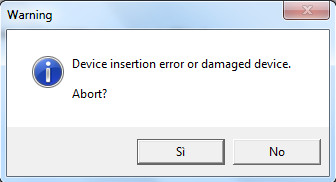 I programmed an EPROM replacement and at same time replaced the palette SRAM @E15.The error @C24 was cleared but the SRAM was still reported as bad.Probing it revealed its PIN 21 (/OE) was stuck high.I could trace this signal back to pin 6 of a 74LS32 @E13, this was also confirmed by schematics (thanks again to ‘frsj8112’ for providing them) 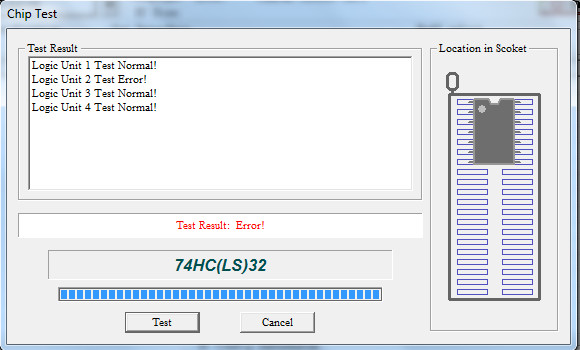 In this way I could succesfully pass the self-test and enter in game:

Some backgrounds and sprites were corrupted so I launched a MASK ROM check which reported bad devices: 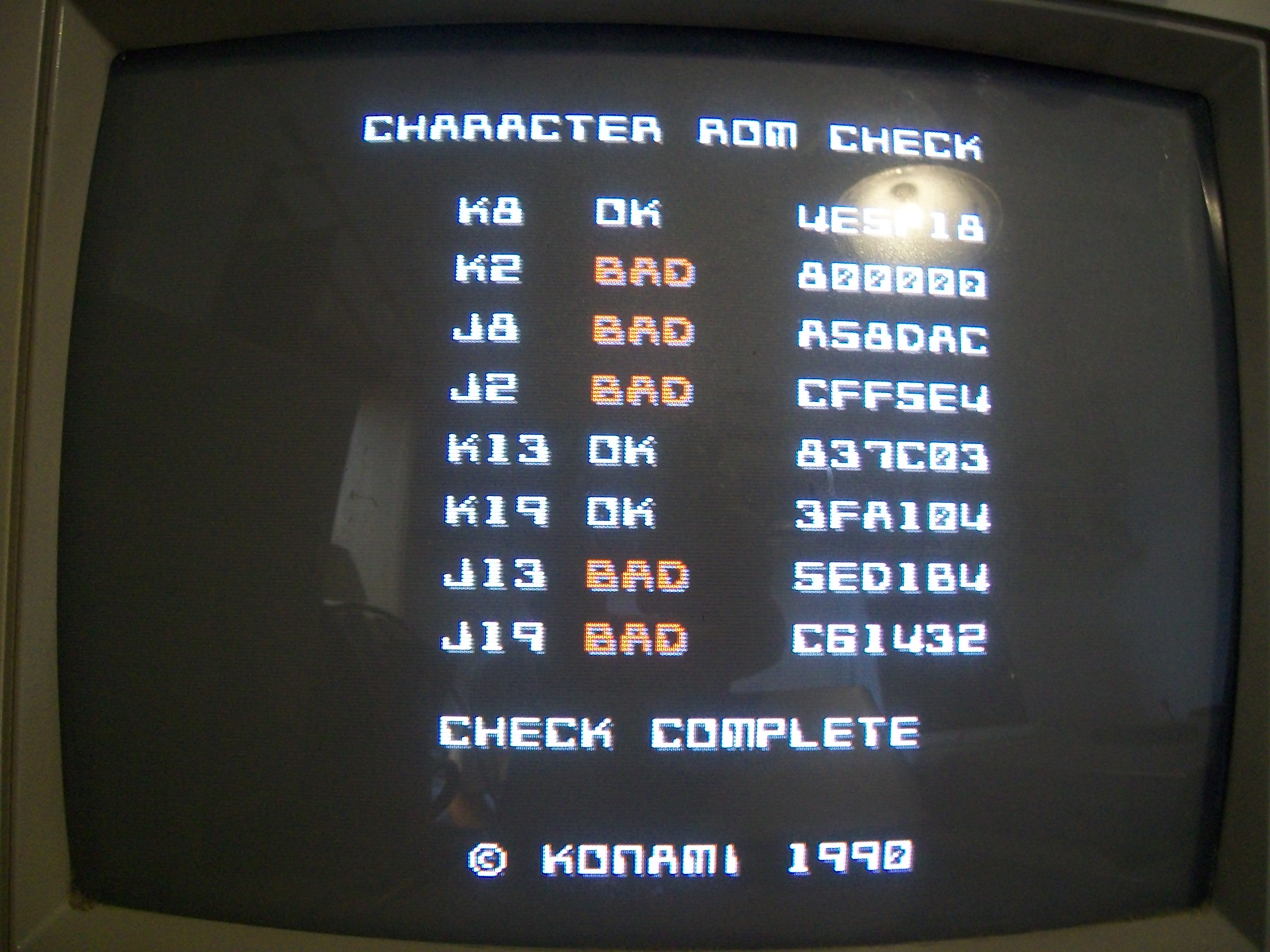 Dumping them revealed they were really bad except for the ones @J2 and J8 which were good.I replaced them with 27C400 EPROMs.While I was doing my tests another RAM suddenly failed : 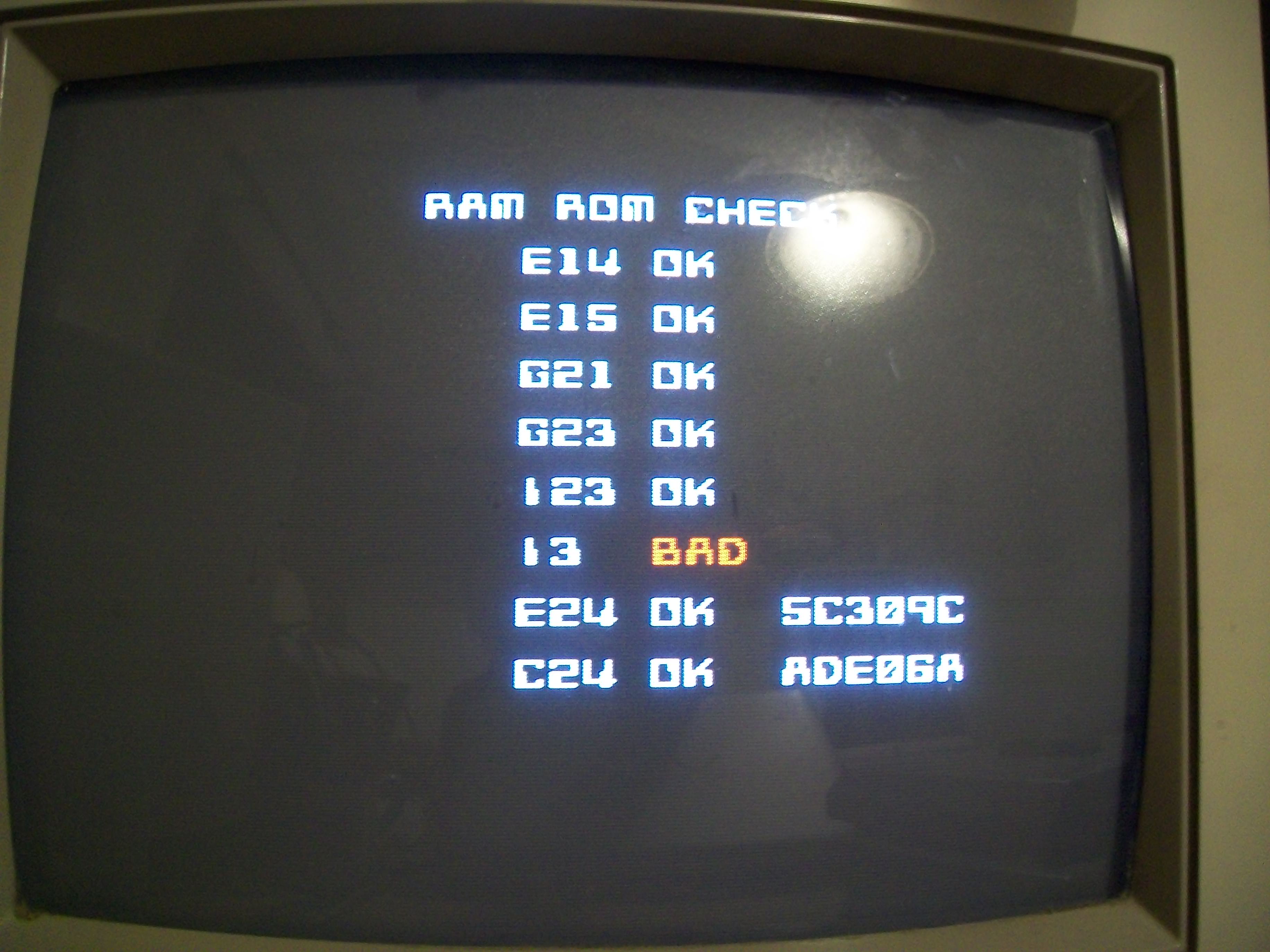 I promptly replaced it: 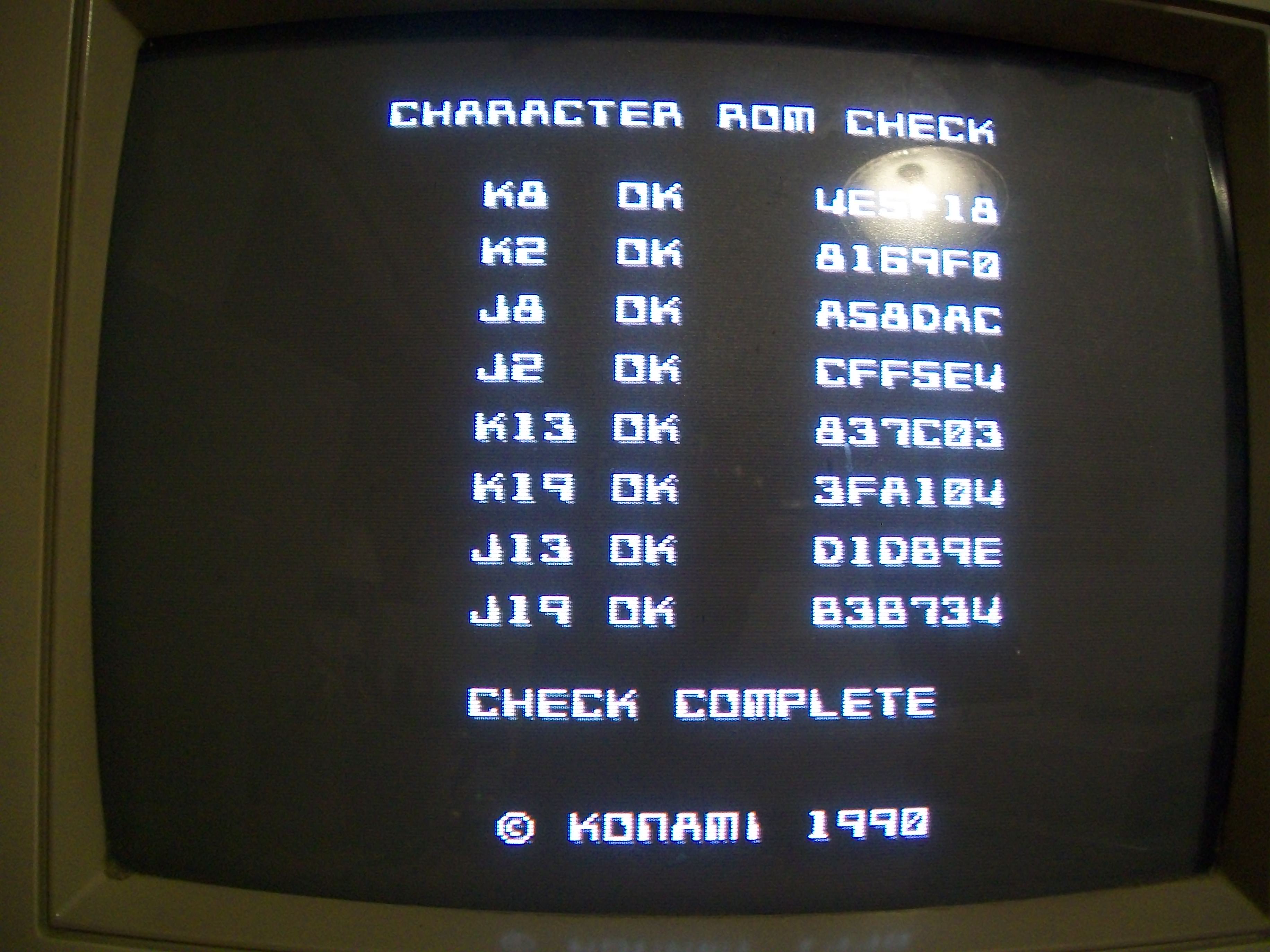 Backgrounds were perfect but some sprites were still garbled

Since the sprites MASK ROMs were all good and ruled out the two sprites custom generators as well as connections among them, I went to check the control lines of the MASK ROMs.When I probed the 74LS04 @F13 which generates the /OE signal for the devices @J2 and J8 : 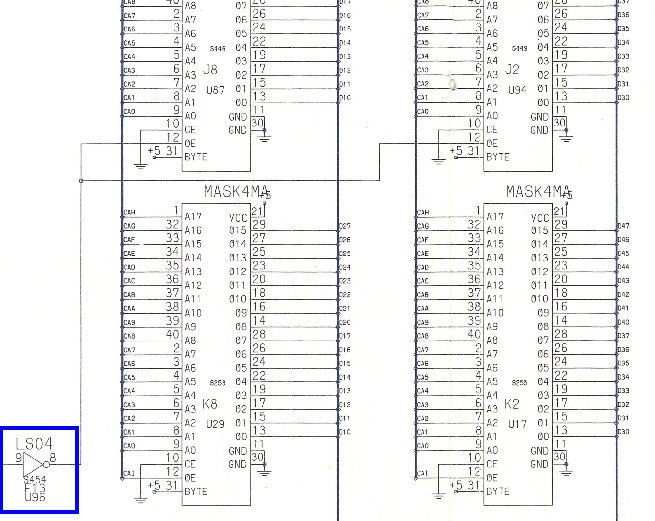 my logic compator warned me about a trouble on pin 8: 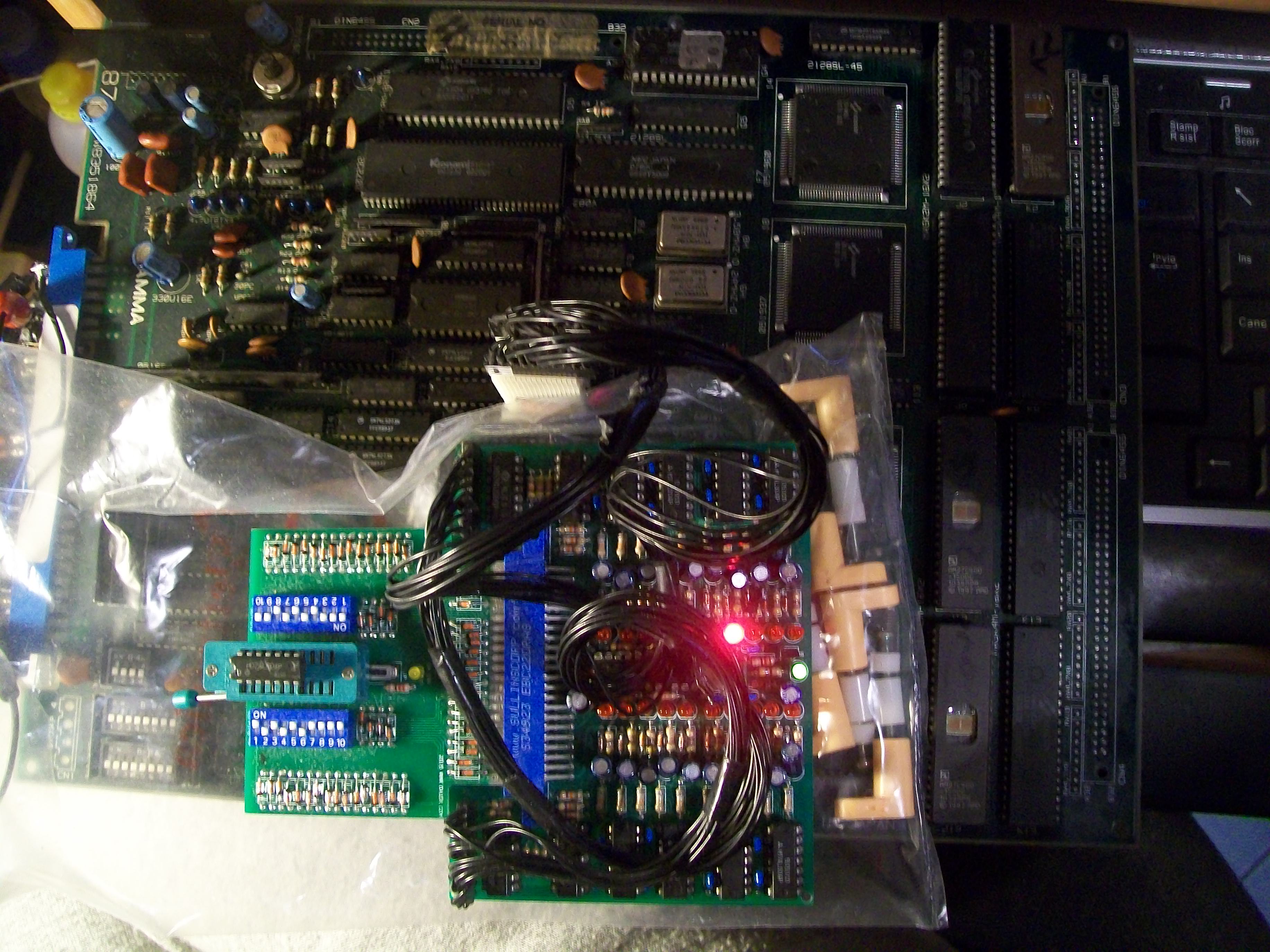 The problem was confimed by the scope (input pin 9 on the left, output pin 8 on the right of the below picture) 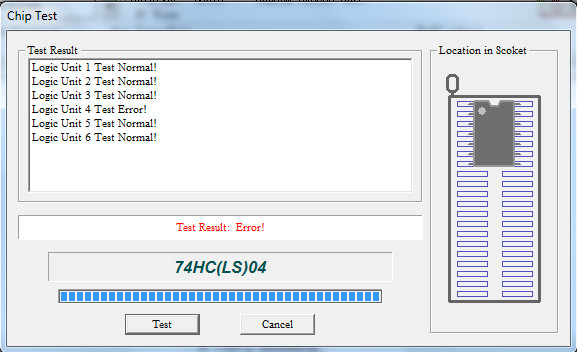 Fitted a good IC and success!Board completely fixed!It was a long job but it was worth it to save this great classic.Ah, I forgot, obviously the two bad TTLs were from Fujitsu…