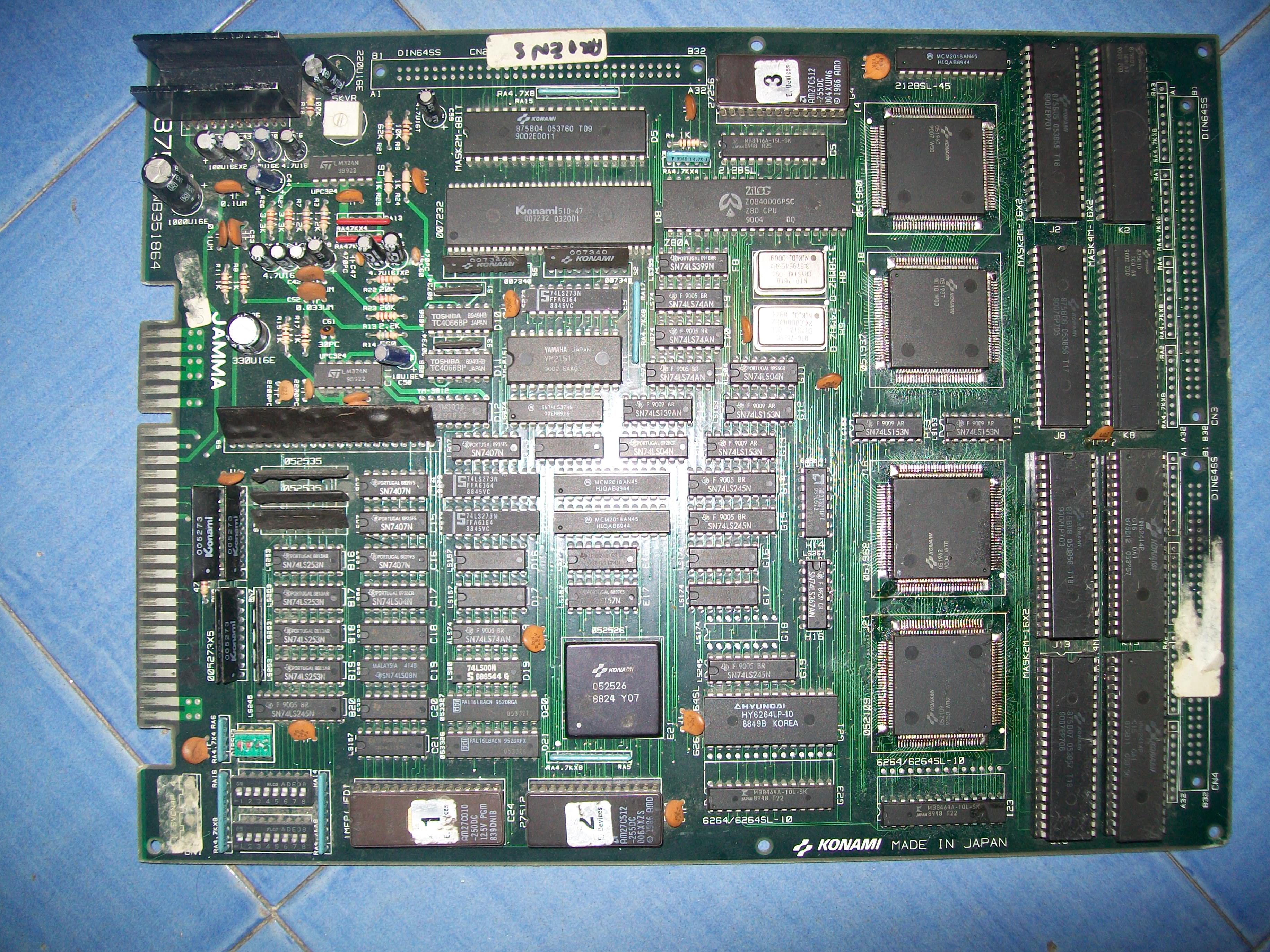 Board was in poor condition, dirty, custom ASICs were full of flux residual, four GFX 4Mbit MASK ROMs were removed and socketed most likey using improperly an heat gun judging from bubbles on solderside of the PCB: 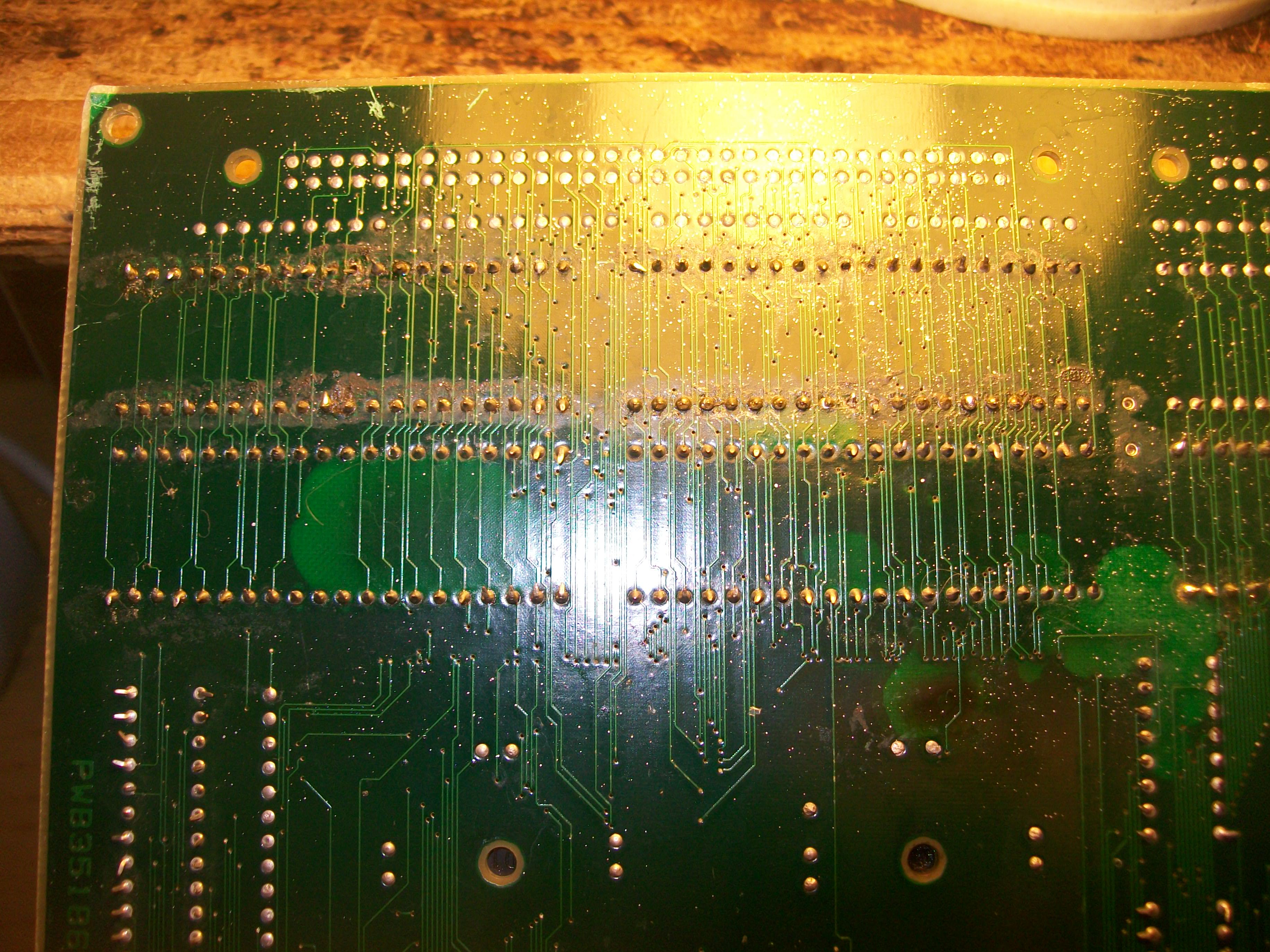 For first I washed the board.Once dried, I powered it up and I was greeted by this repeating screen : 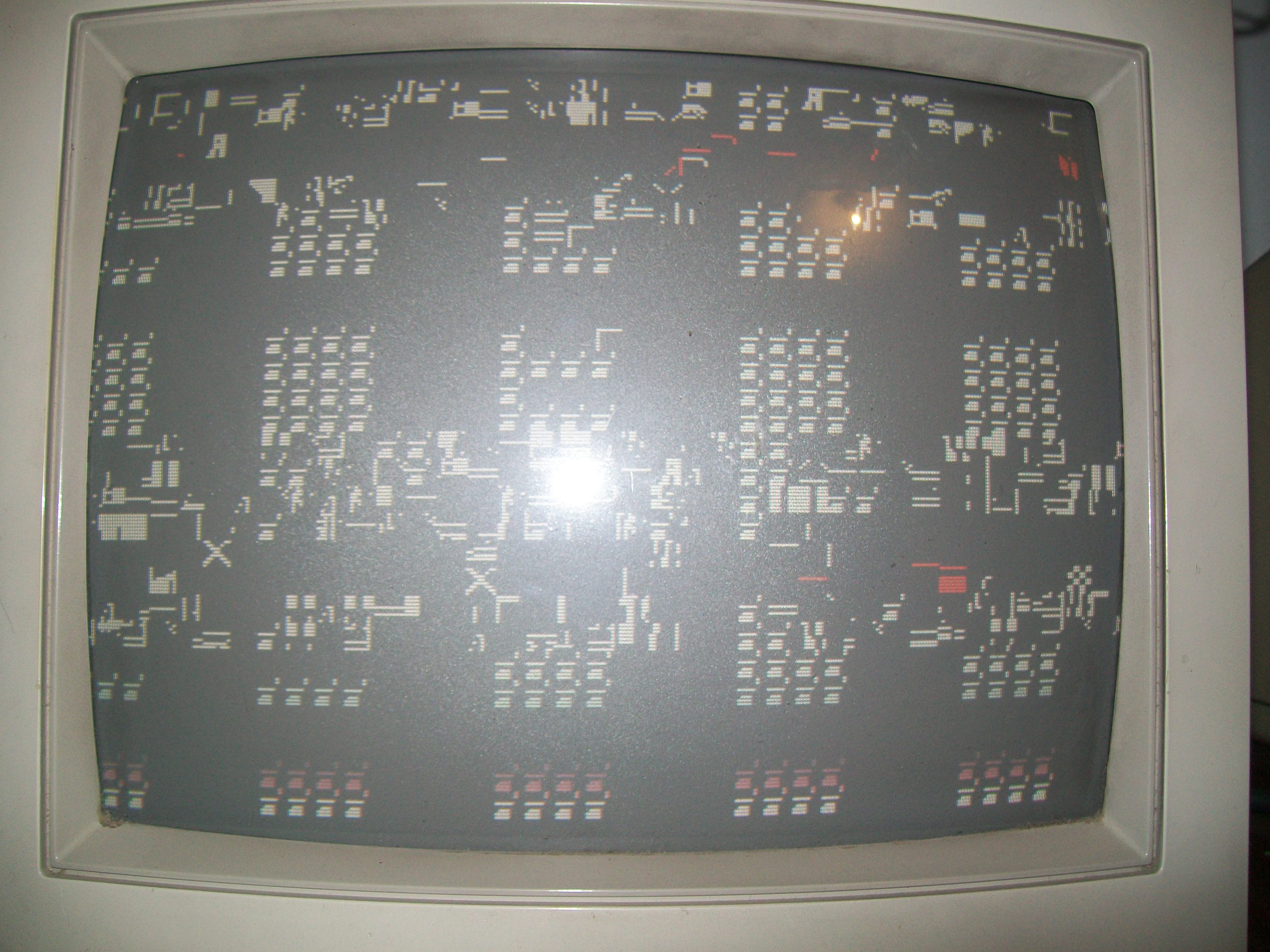 This should be the self-test report but graphics was all messed up sign that there was some problem in the tiles generation (the red characthers most likey referred to some RAMs reported as bad).Therefore I went to inspected the reworked area on solderside and found that a couple of rivets were ripped off during the desoldering operation, these should have tied to VCC since they were pin 31 (/BYTE) of two 4Mbit MASK ROMs

I checked all the connections on the reworked area against schematics : 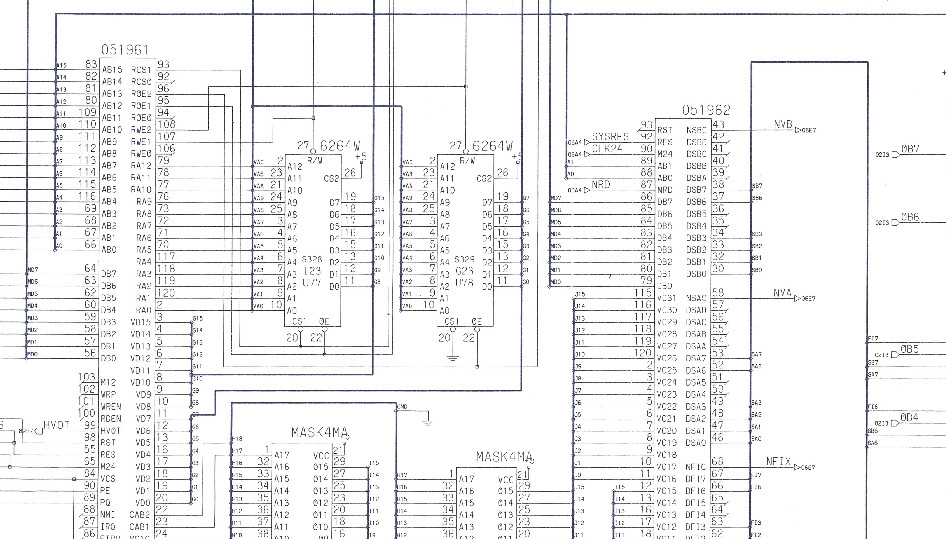 This allowed the board to succesfully boot but some tiles had bad colors: 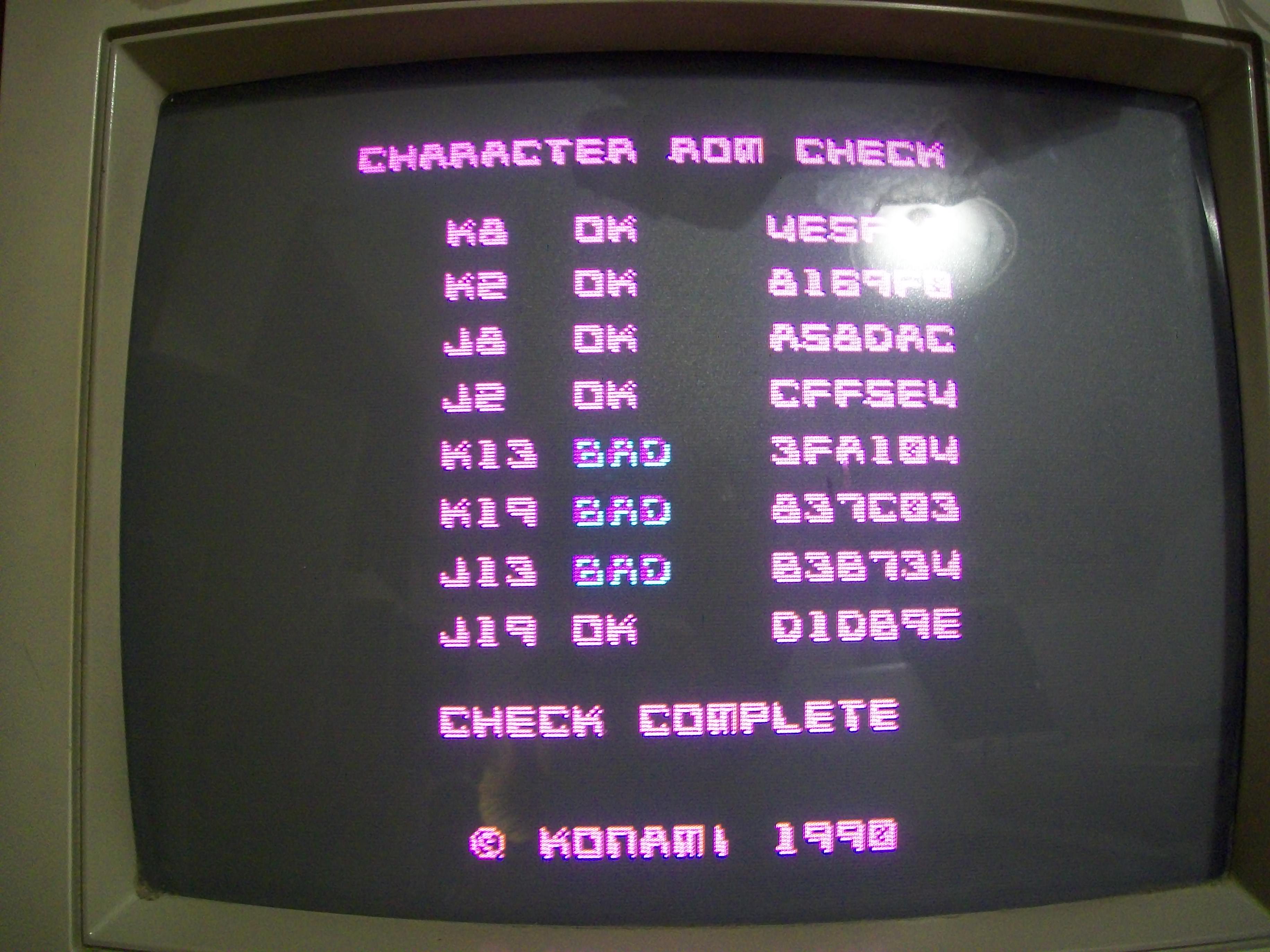 Since they were socketed I dumped them and compared against MAME.They resulted good but I realized they were put in wrong sockets!I swapped them and MASK ROM test succesfully passed : 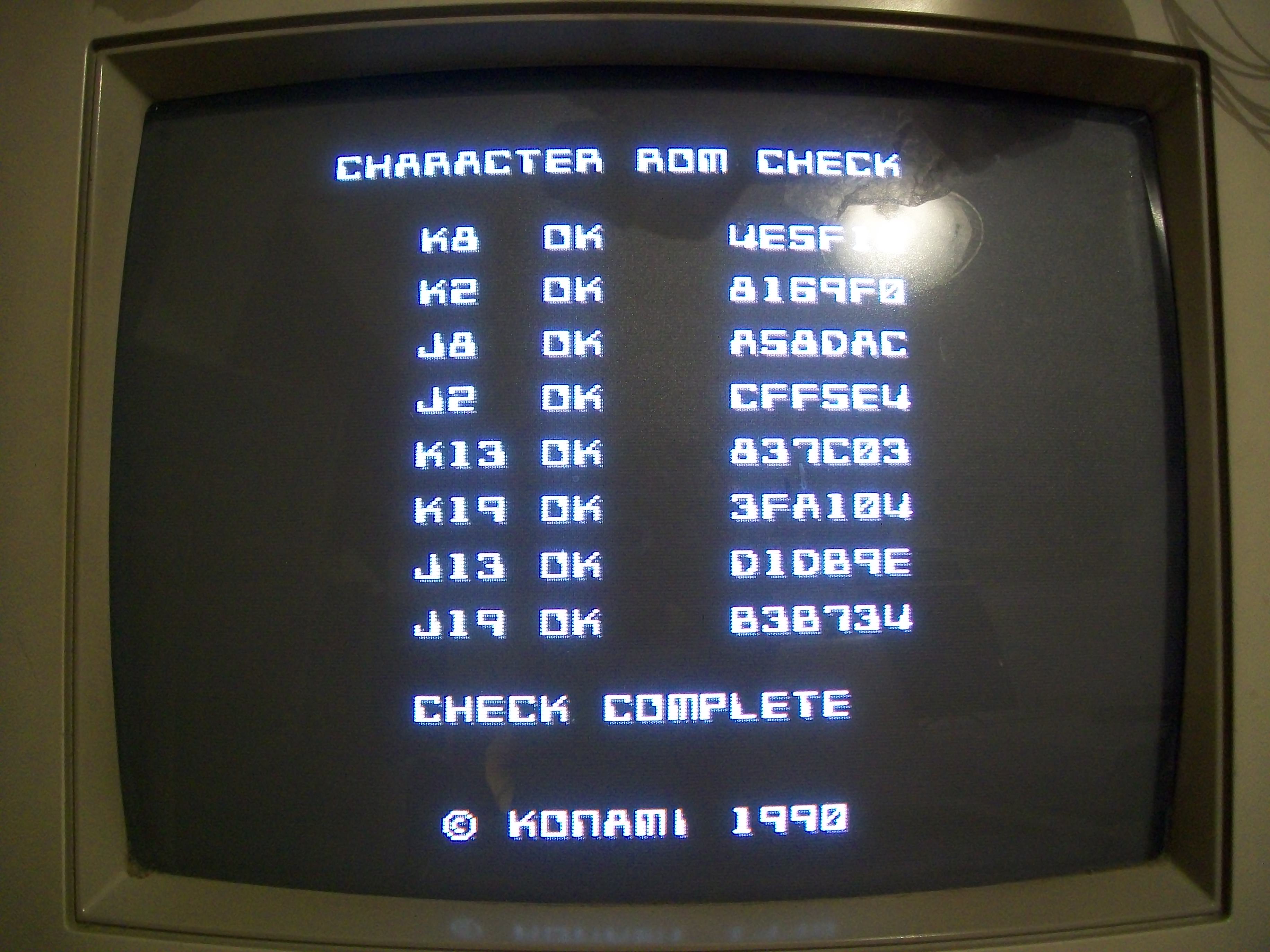 No other issue was found so also this board was declared as 100% working.