I had on the bench this Aliens PCB: 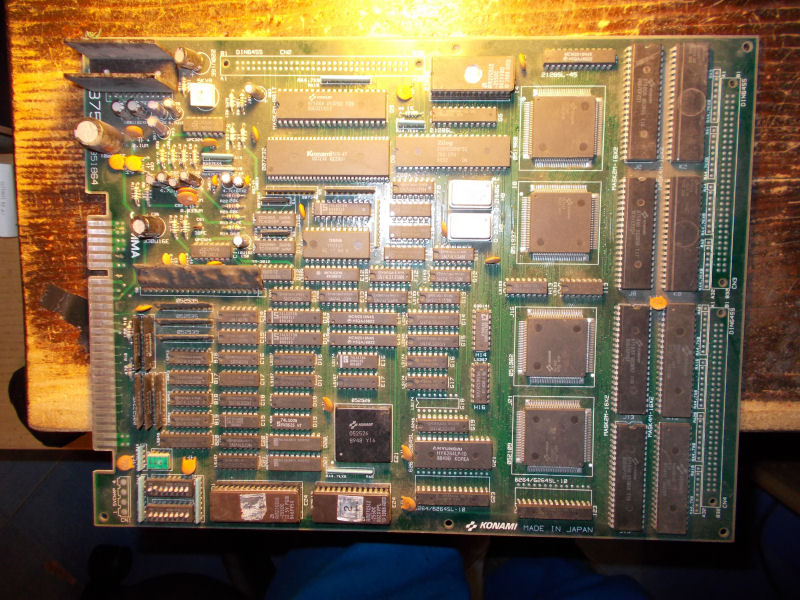 Board had sever sprites issue: 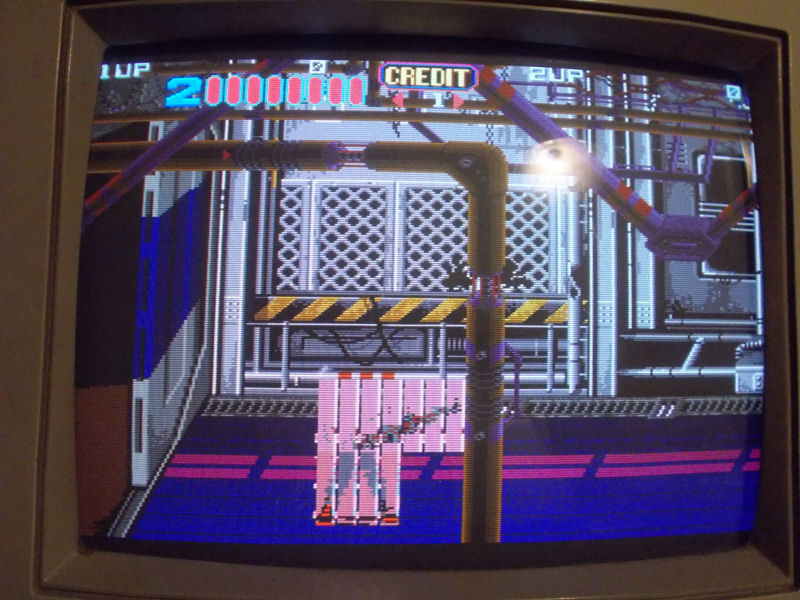 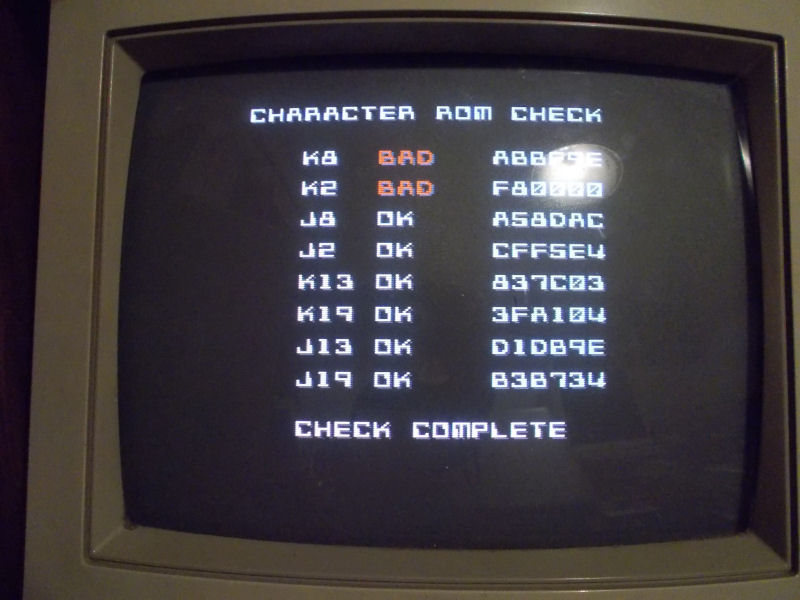 I was able to exactly reproduce the issue by using two dummy ROM files in MAME: 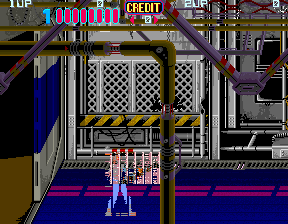 So, without further delay, I went to remove these devices and install two 40 pin sockets for the 27C400 EPROM replacements:

With these replacements fitted sprites were perfect but I noticed that sound samples (like voices of main character or enemies) were missing:

Sound samples are stored in a 2Mbit MASK ROM @D5 (which is not checked by the self-test) and its data are processed by a custom marked ‘007232’ which is a PCM controller: 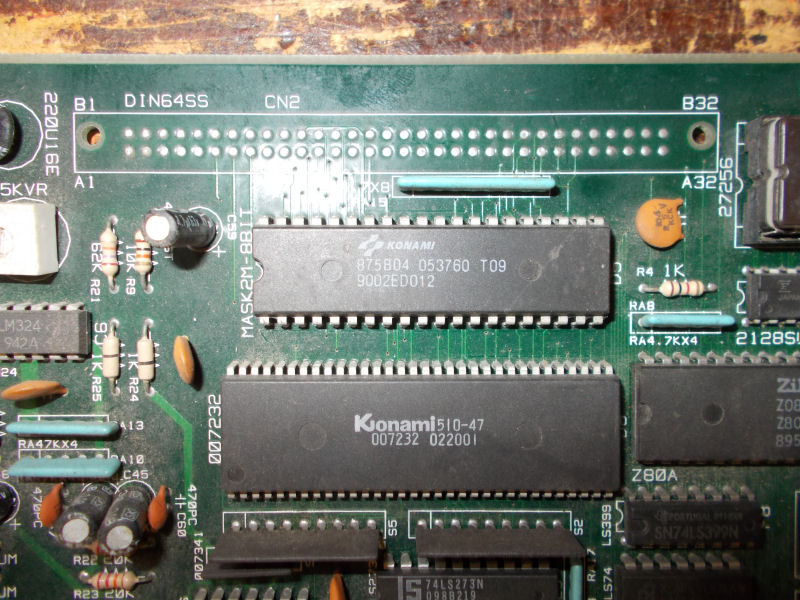 Probing the 2Mbit MASK ROM revealed no activity on data and address bus, all pins were stuck high so I removed it: 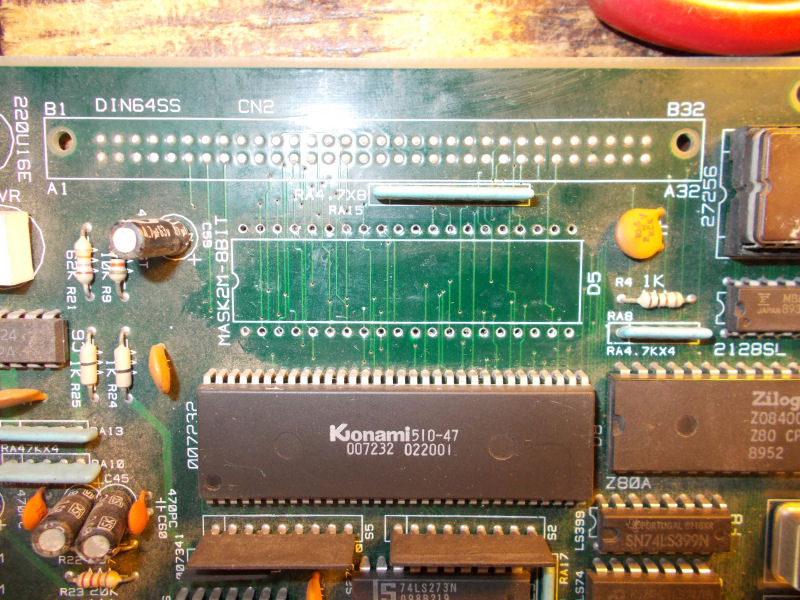 and replaced it with a 27C400 (with doubled content since no 2Mbit MASK ROM replacement exists).This restored all sound samples.End of job.