I got two rare boards manufactured by Alpha Denshi for repair : Equites and Splendor Blast 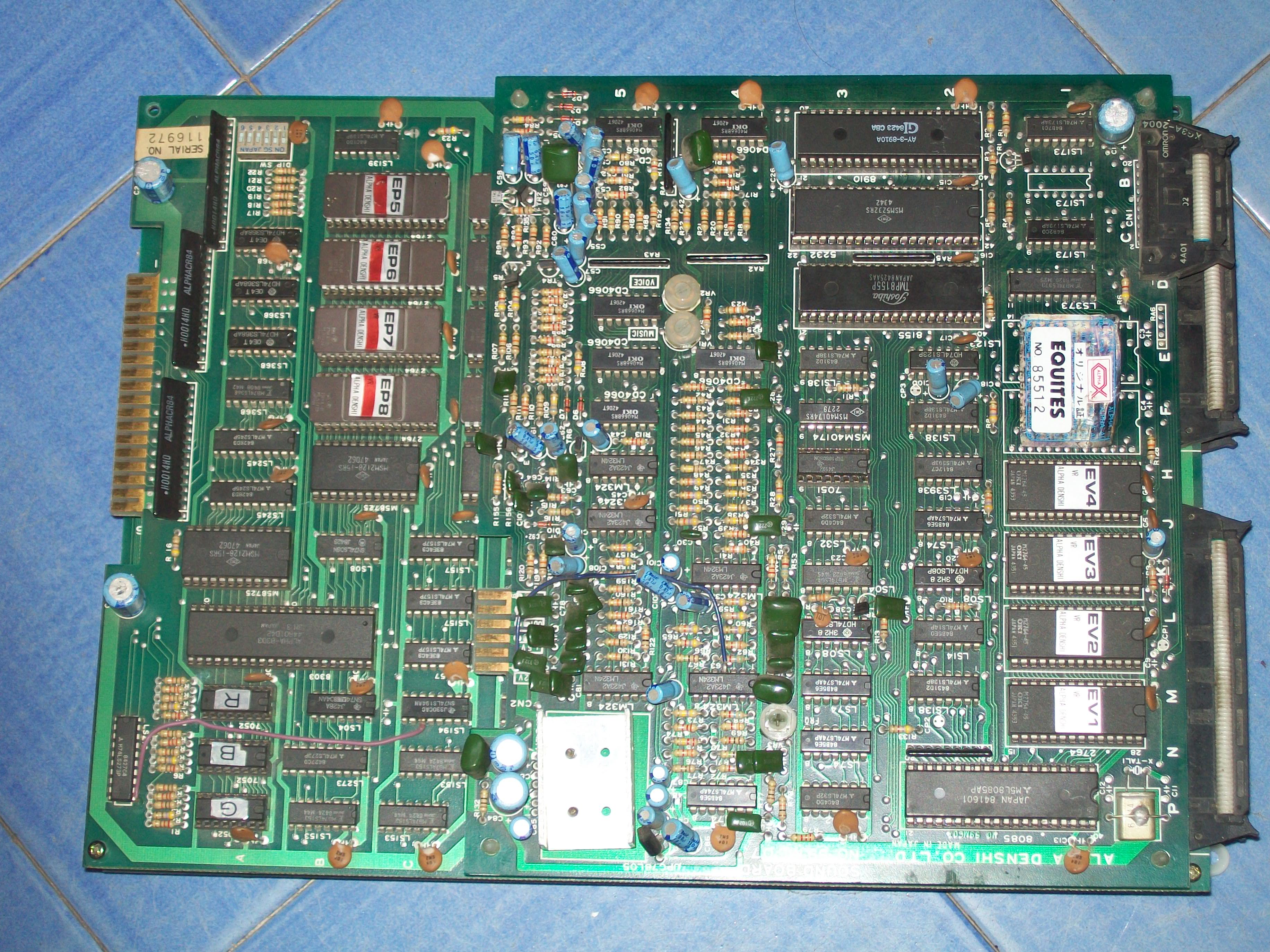 Board played fine except for jailbars on some sprites (look at explosions and first enemies on the ground in the below video):

All the GFX generation circuitry lies on bottom board: 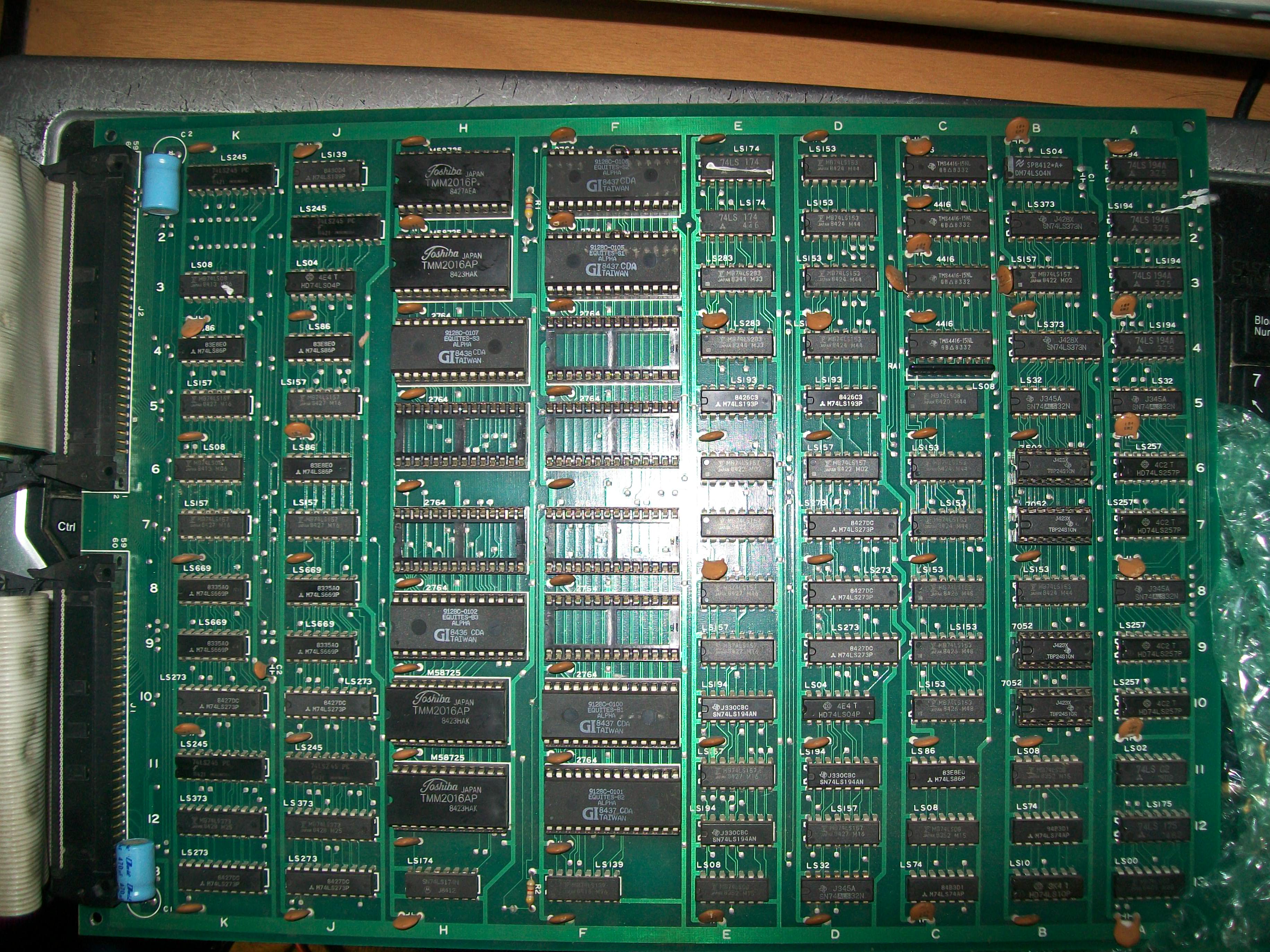 A lor of TTLs were from Fujitsu (especially multiplexers 74LS157 and 74LS153) so I went to check them with my logic comparator.All passed the test except for the 74LS153 @8C: 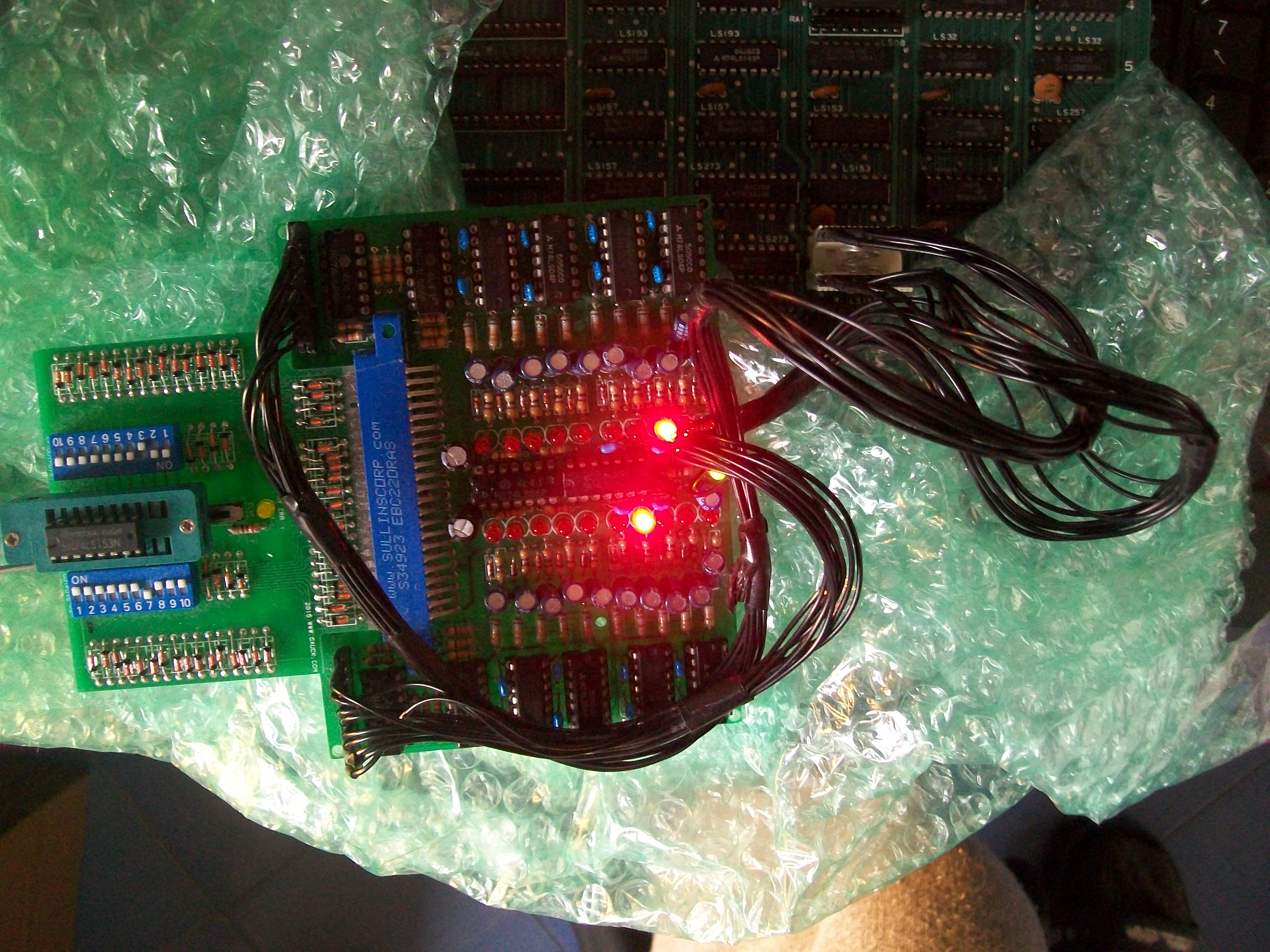 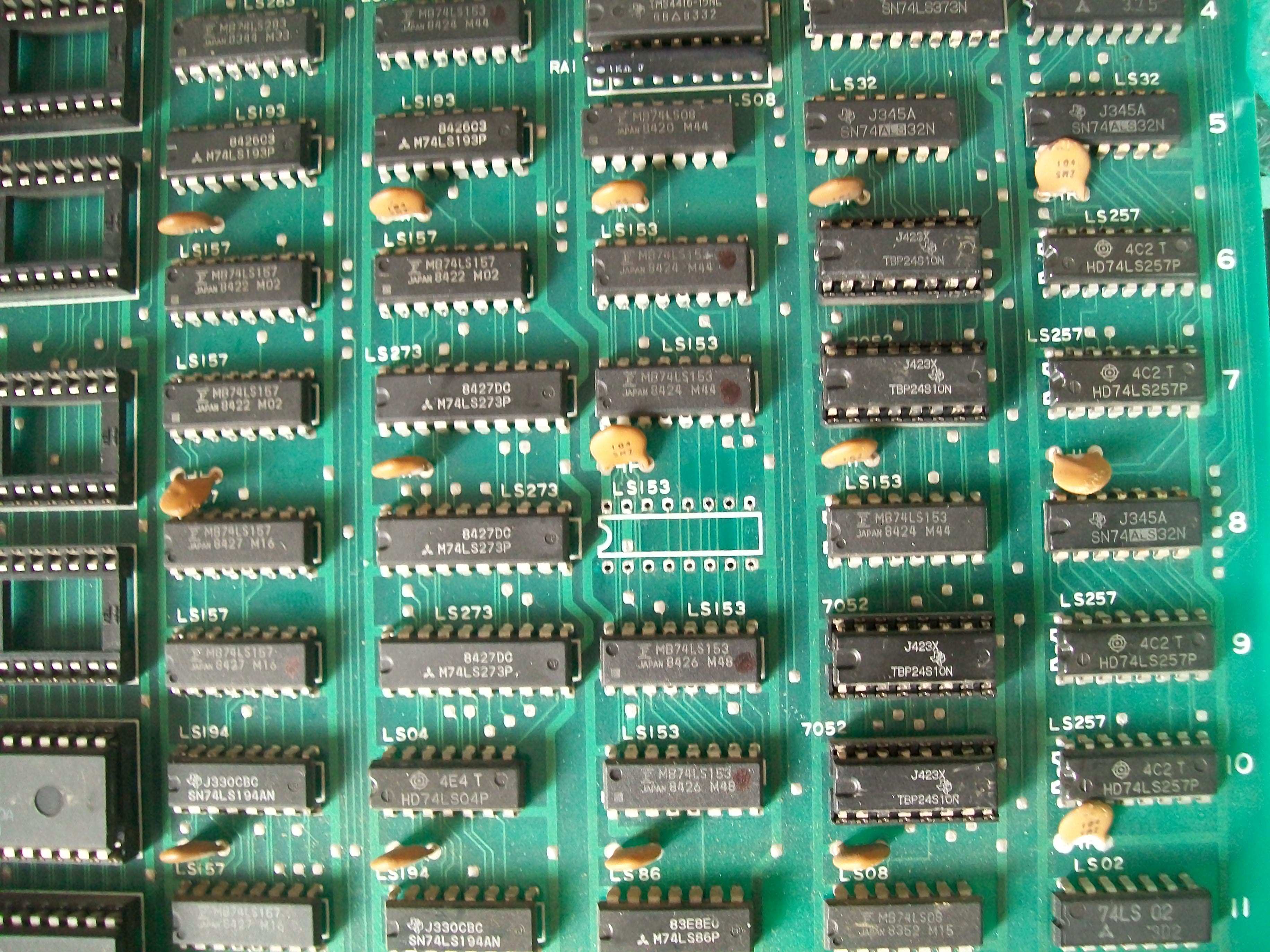 The chip failed when tested out-of-circuit: 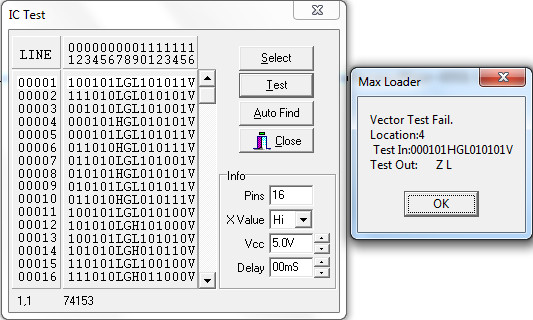 I added a socket and a good chip: 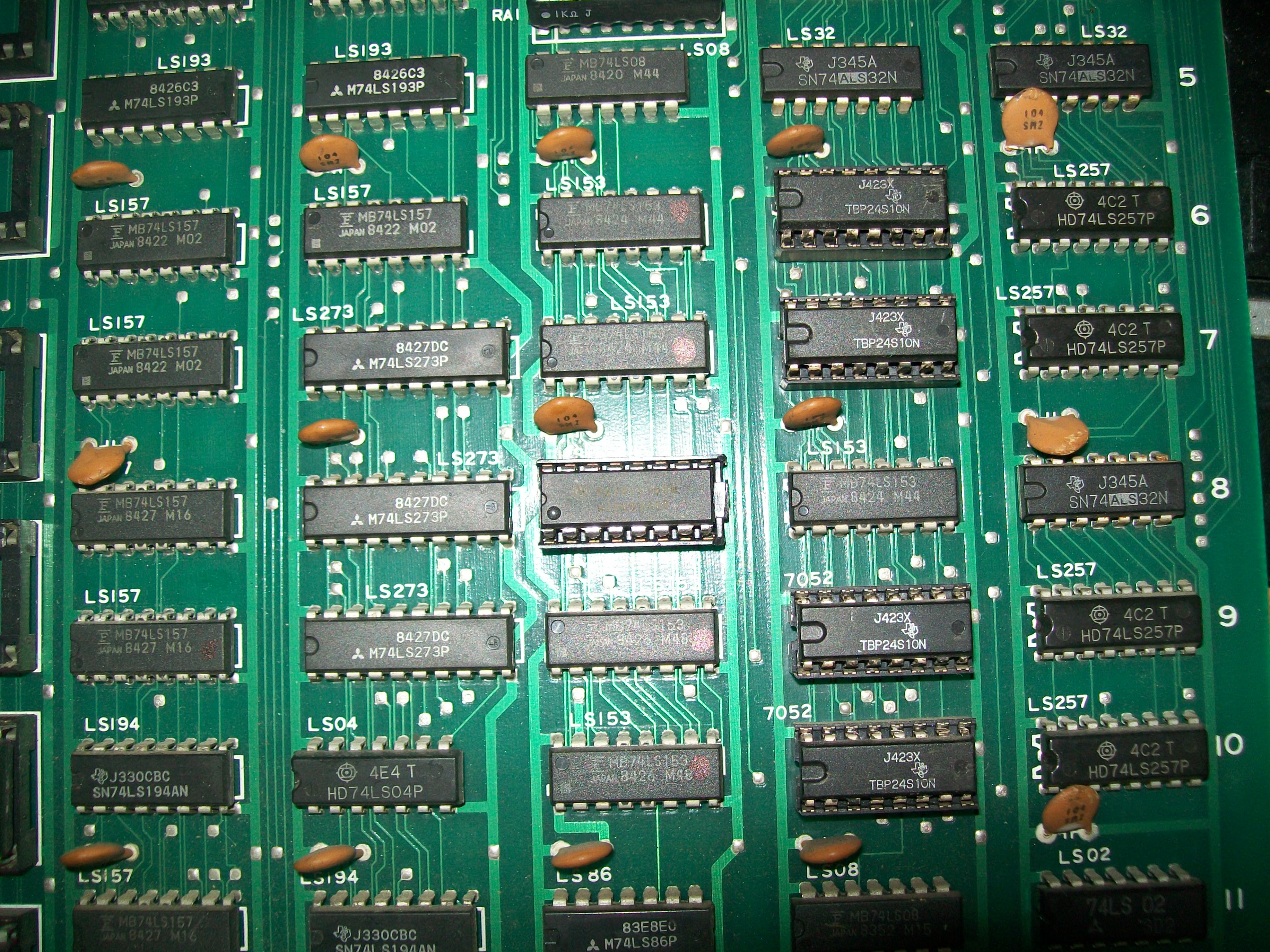 No more glitched sprites and board 100% fixed: 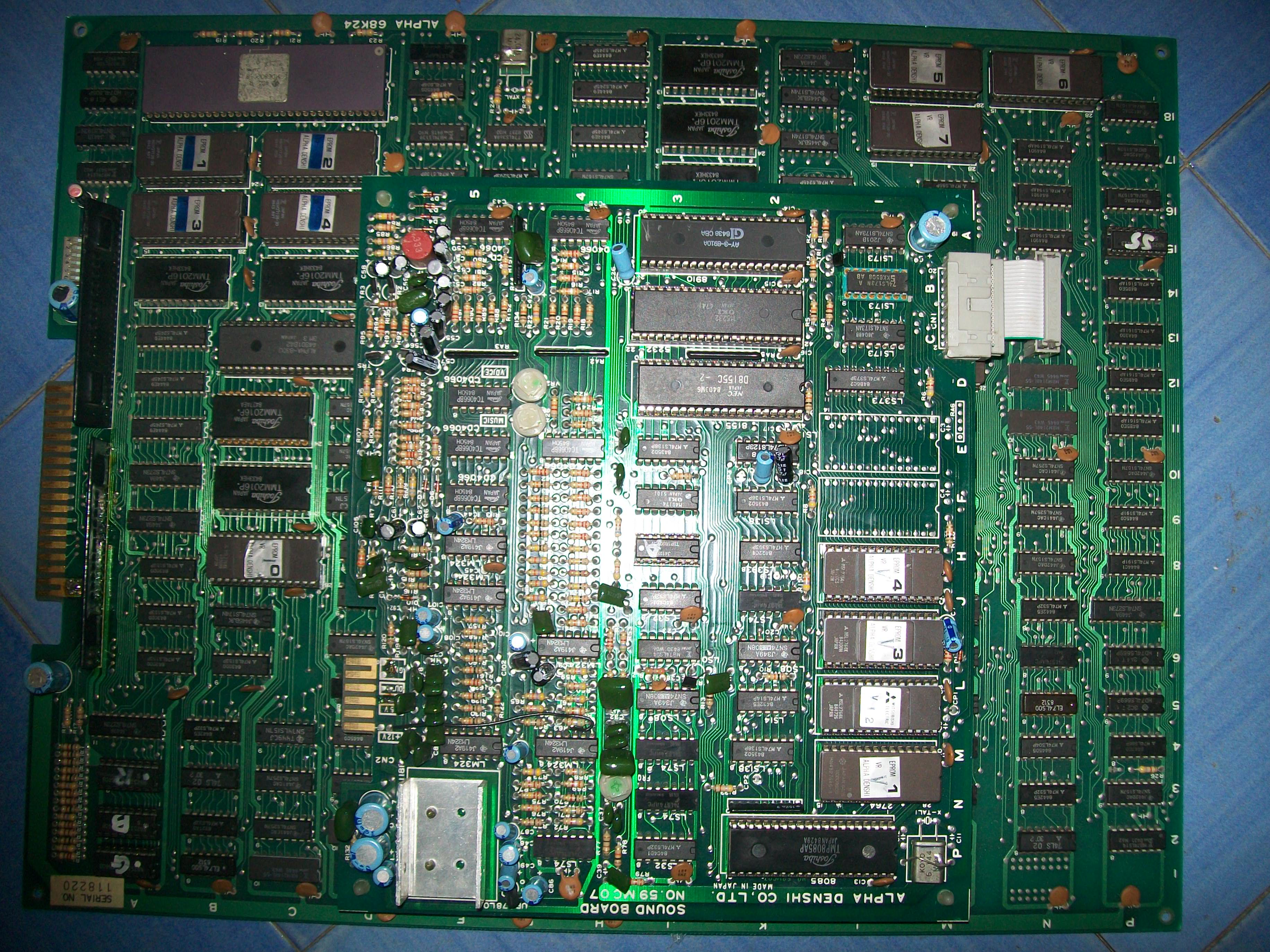 This was a little tricky.When  I first powered the board up, watchdog was active, the self-test was failing in all  program ROMs and in the ‘ALPHA-8303’ MCU RAM:

Doing a visual inspection of PCB I noticed that one of the two custom SIL marked ‘ALPHA-INPUT84’ was wonky : 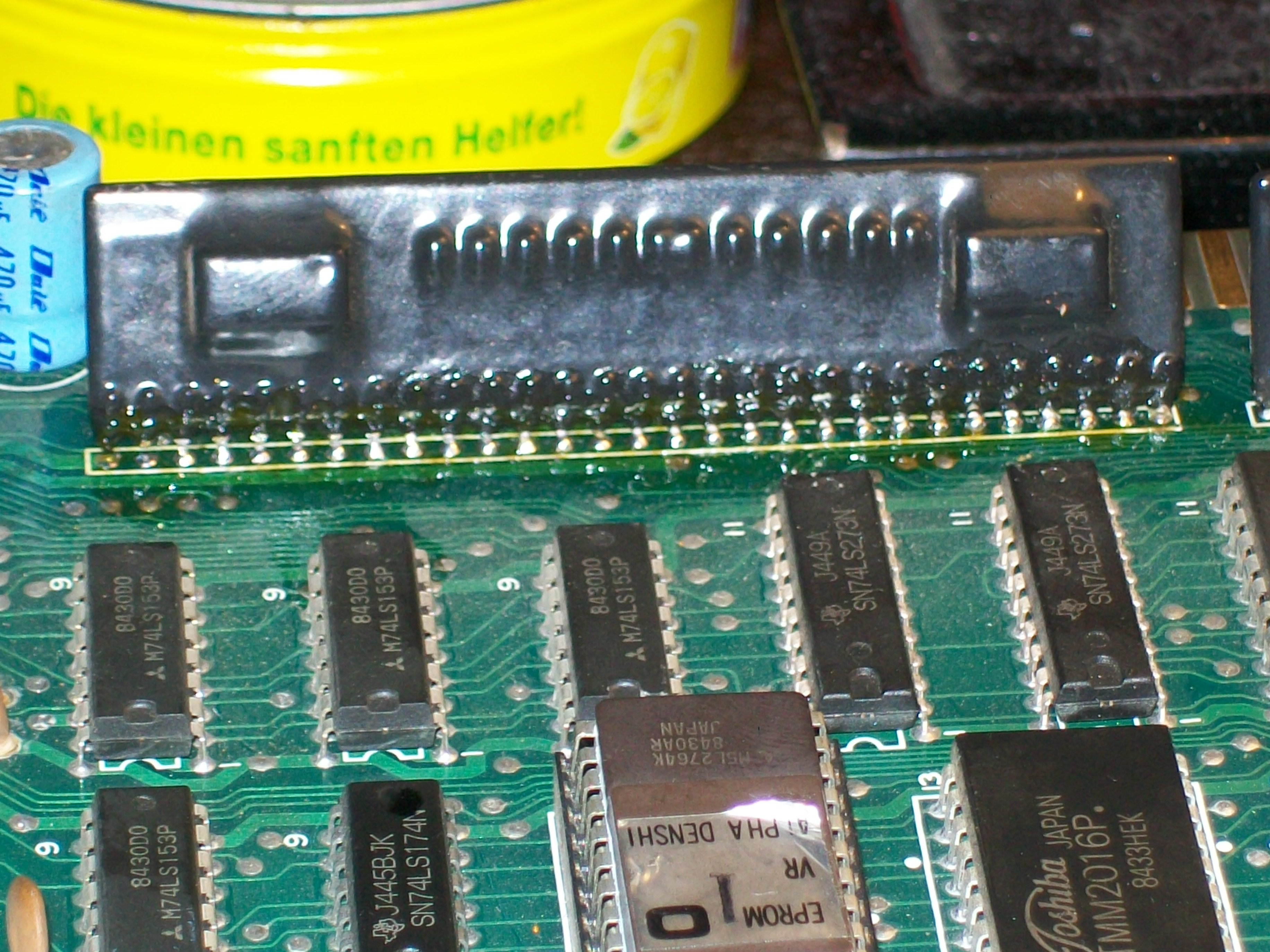 It came off in my hands when I touched it: 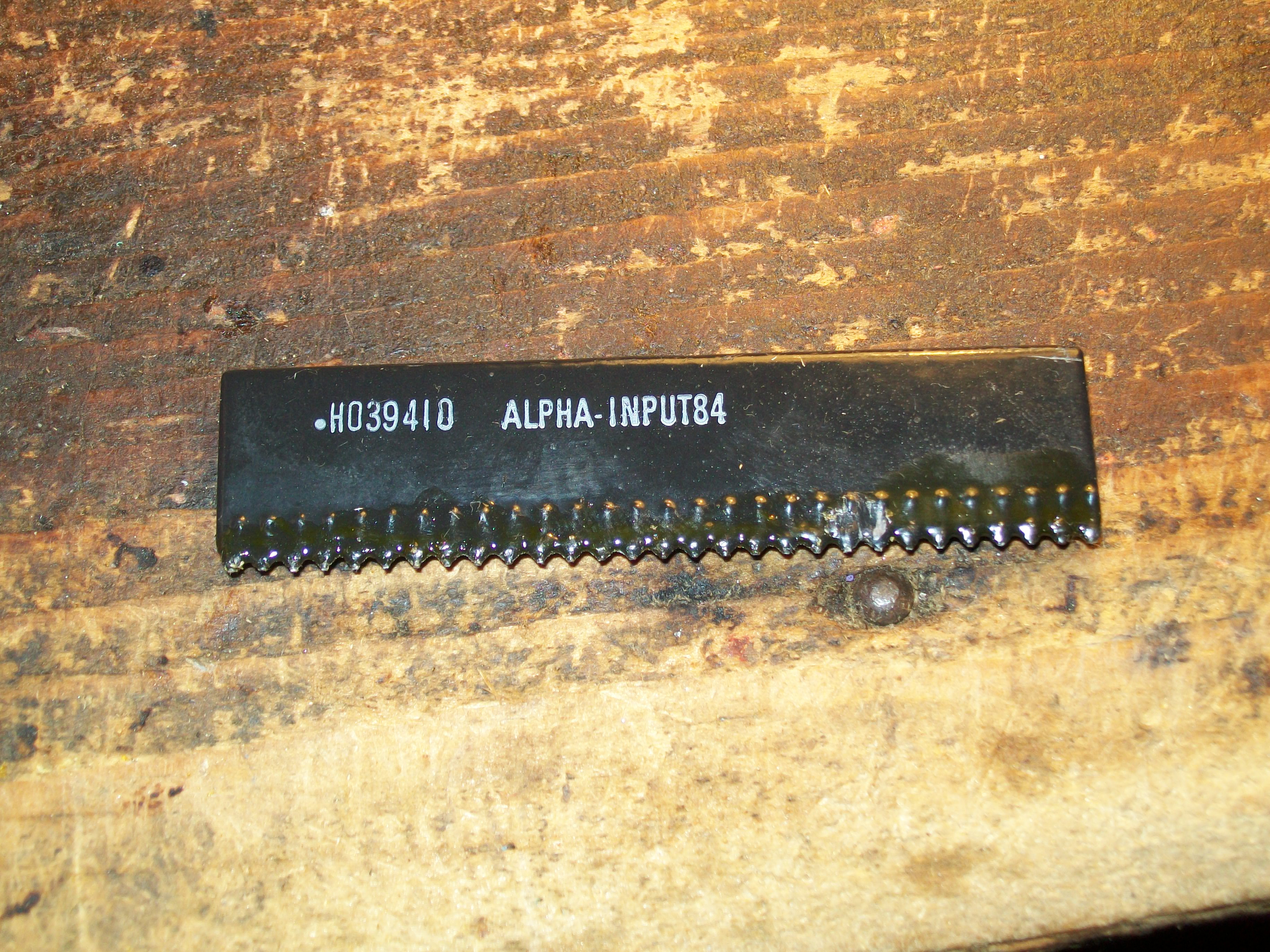 I powered the board without this component and board successfully passed the self-test so I resoldered it  (most likely it was corrupting the main 68000 CPU data bus since some lines are shared with it) : 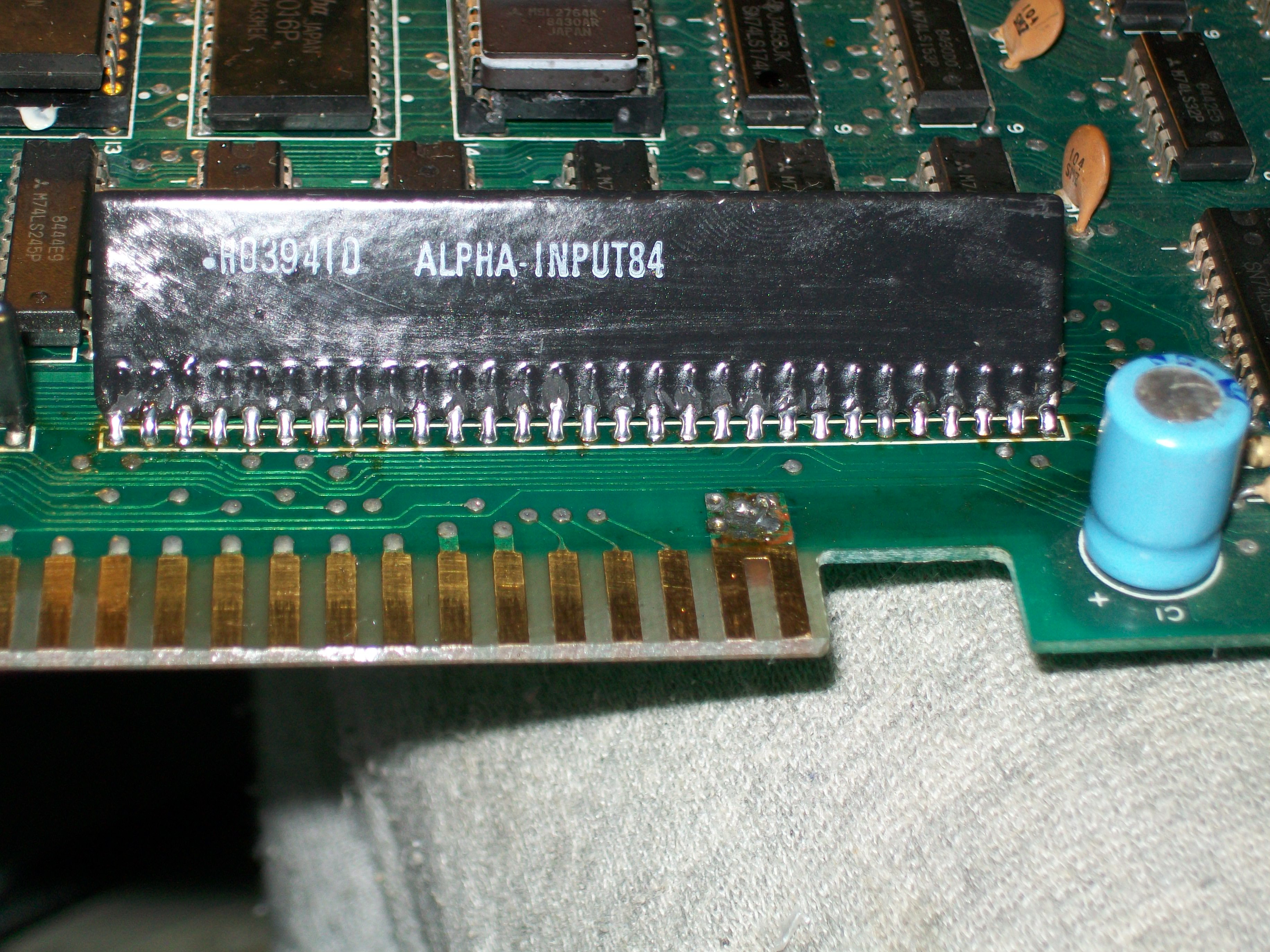 As I said, the board entered in game but some sprites showed jailbars:

The three sprites ROMs are in bottom board: 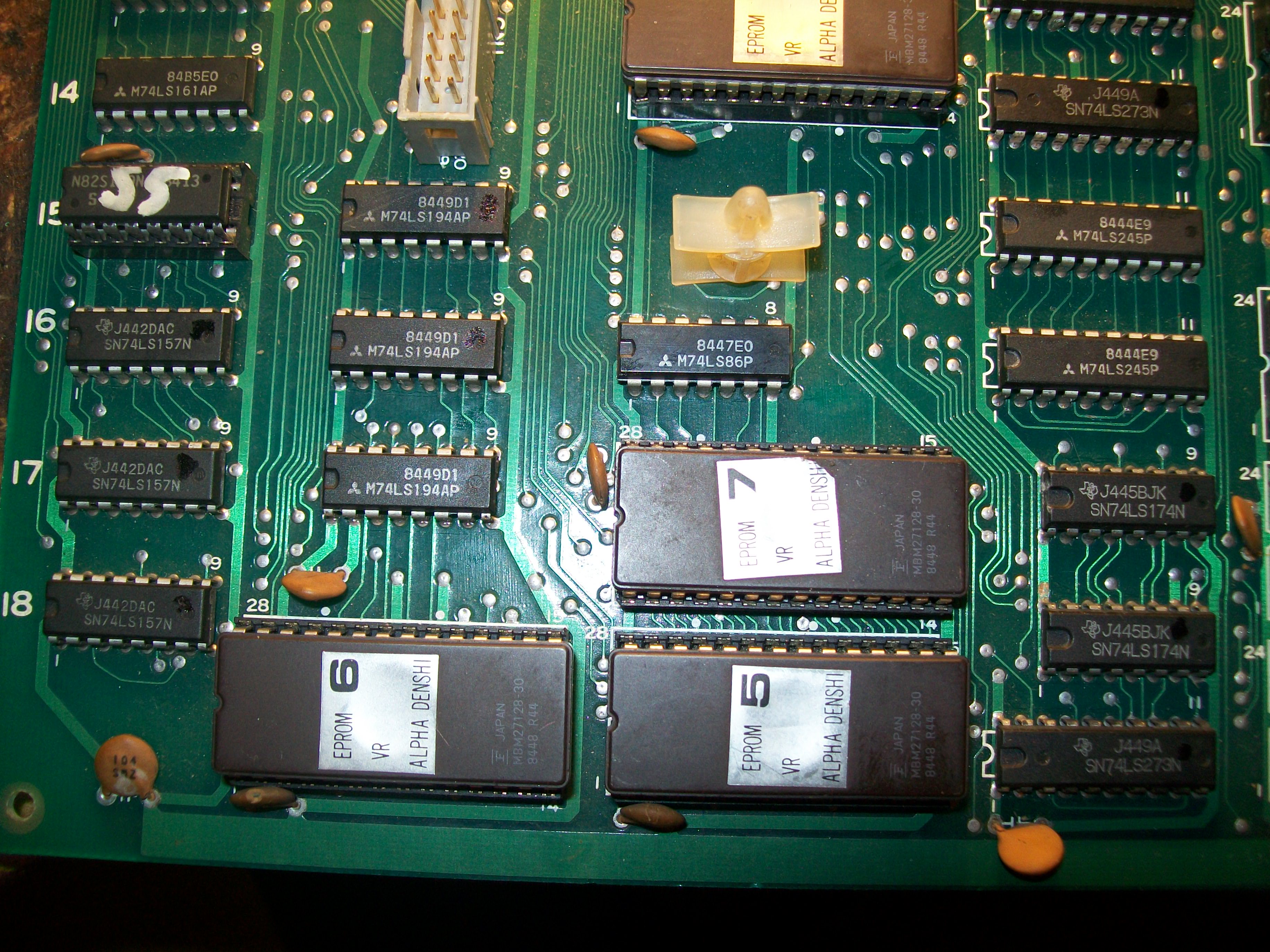 I dumped them and they were good.With my multimeter I figured out that address bus was shared among the three EPROMs while data bus was in common only among ROM 5 and 7.But I could not measure continuity between pin 15 (D3) of these two.I removed the devices from sockets and found a severed trace underneath: 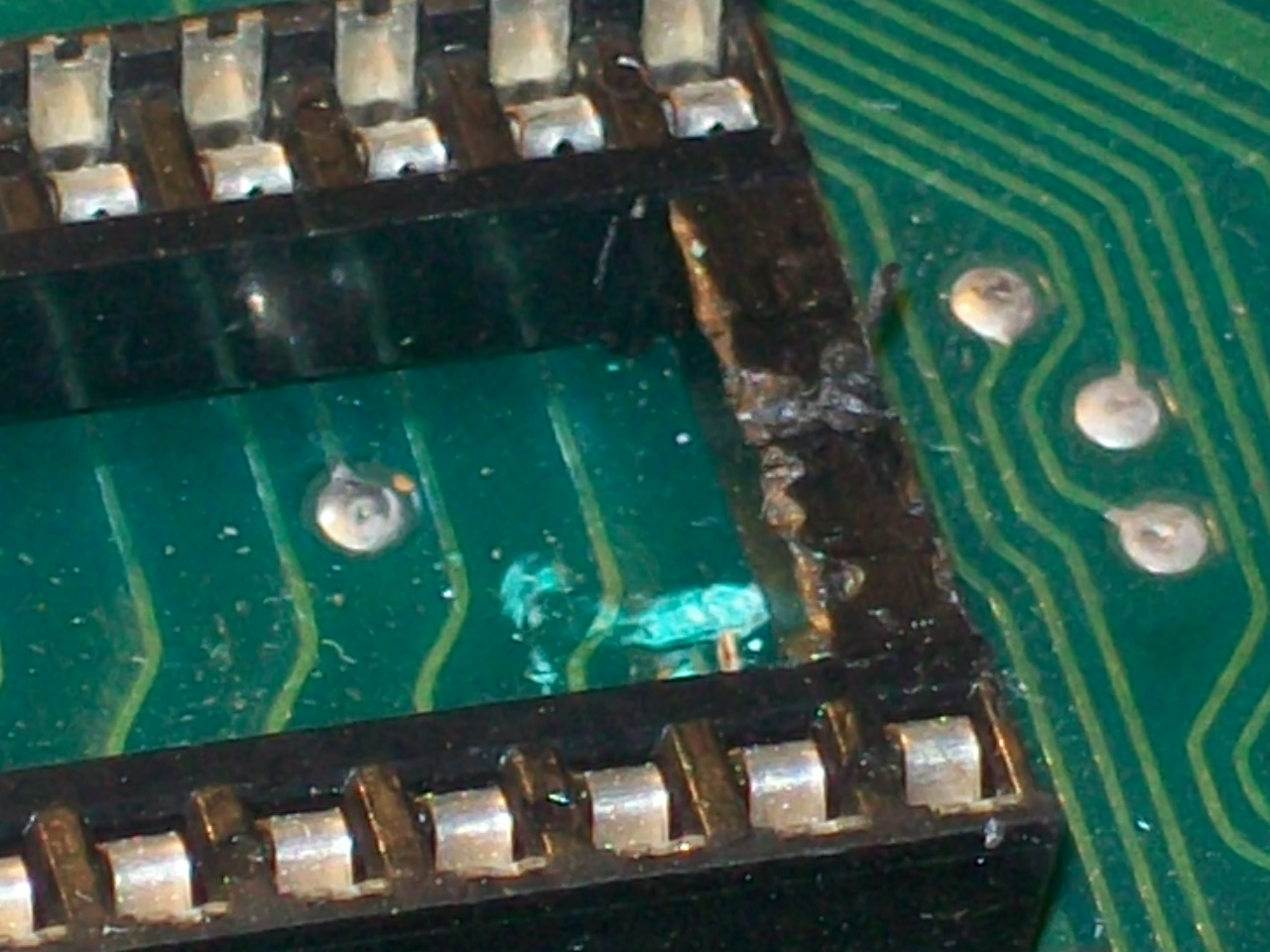