Today I received this Arkanoid PCB from Rich. 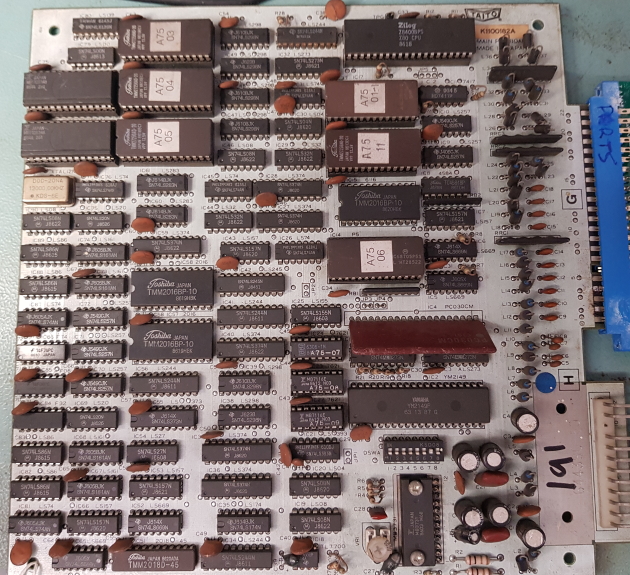 I was told the fault was with the sprites not being visible.

Visual inspection showed a pretty grubby looking PCB that has clearly had some work done before by the looks of it. 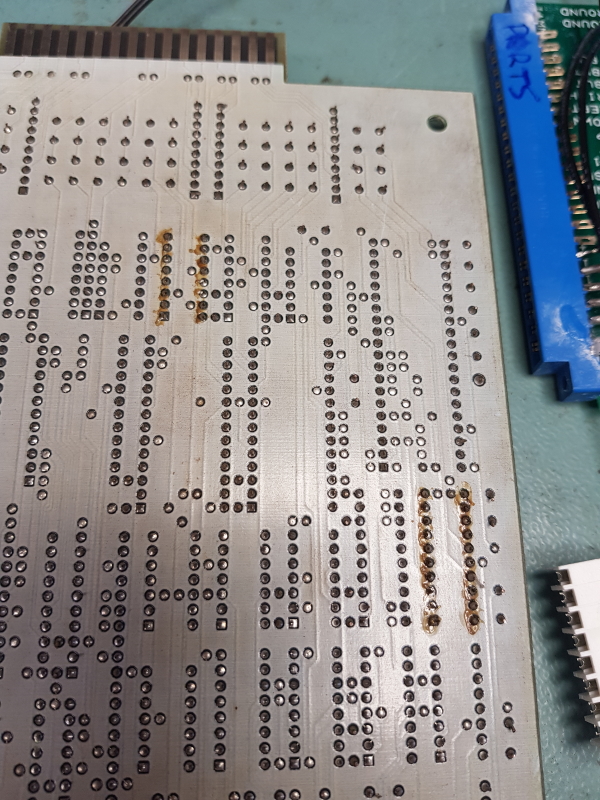 It also had this wiring harness soldered directly onto two pads of the edge connector. It was only 2 but I really hate this. 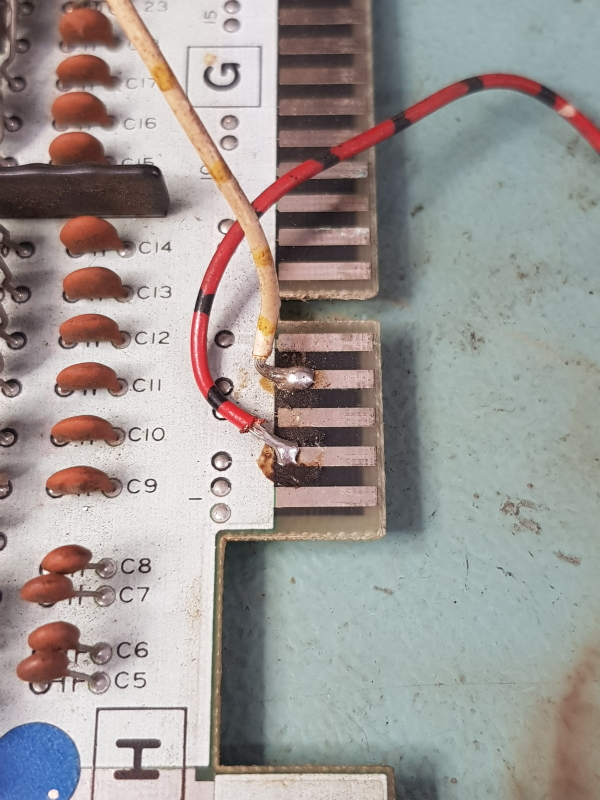 Before receiving this board I had decided where I was going to look for the fault. After probing for a few minutes I was sure I was in the right place.

All these outputs were barely toggling so I went ahead an removed it. 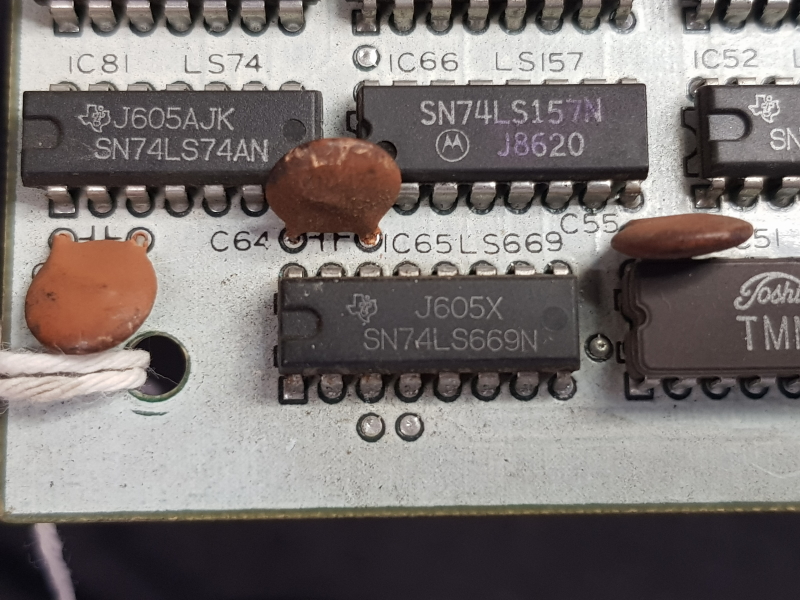 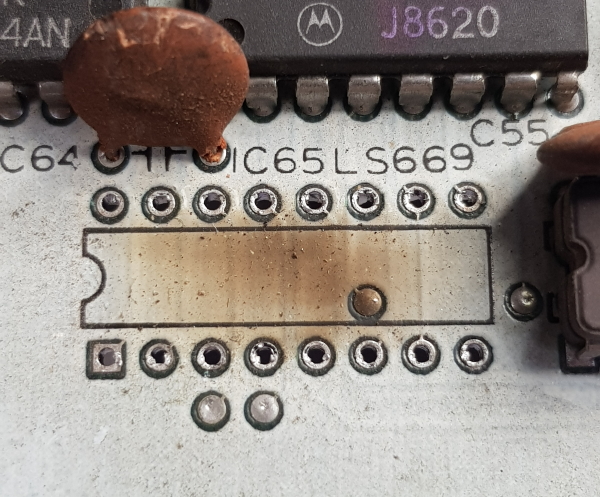 As I had similar issue on my last Arkanoid repair I had a decent stock of spare 669 IC’s. New one fitted and another Arkanoid fixed. 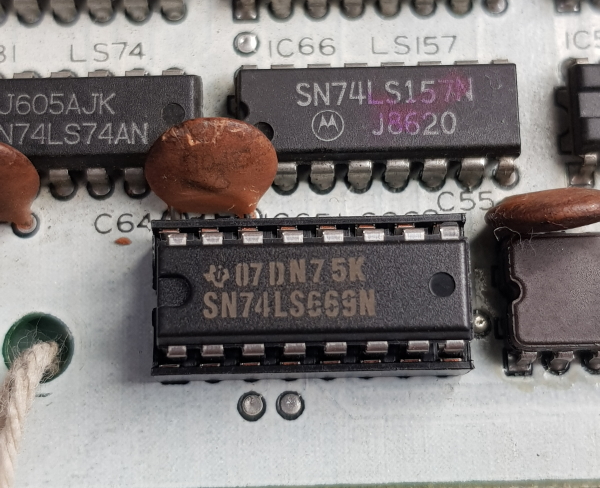