I was recently given a Missile Command to look at for a friend.

Upon firing up the PCB on the bench, all I got was a white screen and the Self Test showed no display but did report a bad RAM which I replaced at M4.

Now the Self Test was reporting a bad RAM at J4, which I also replaced.

So, I probed around and found that the LS157 at H2 had stuck outputs. 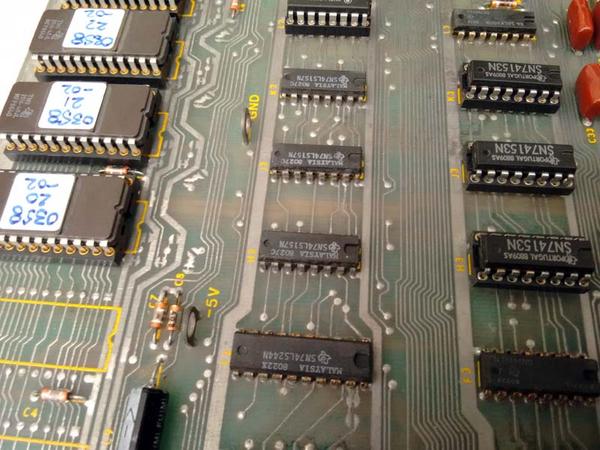 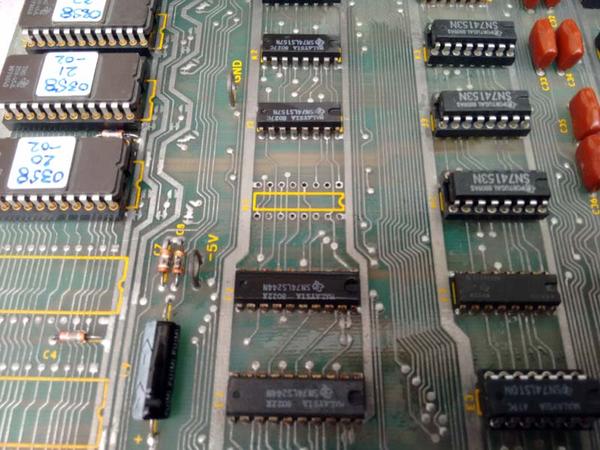 The PCB was now running but with graphical issues; 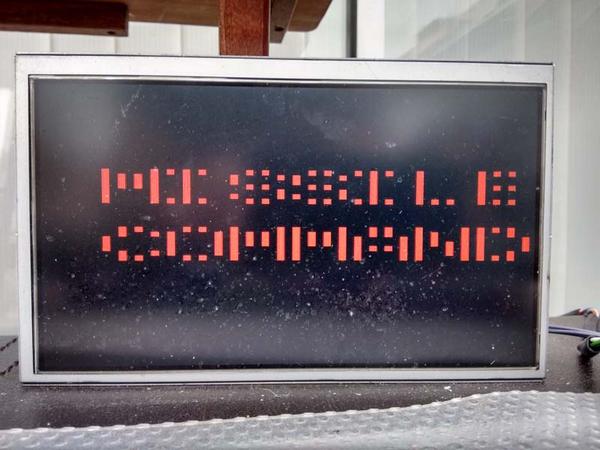 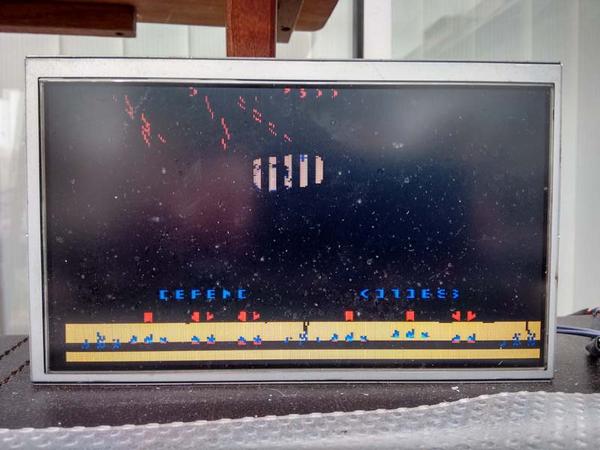 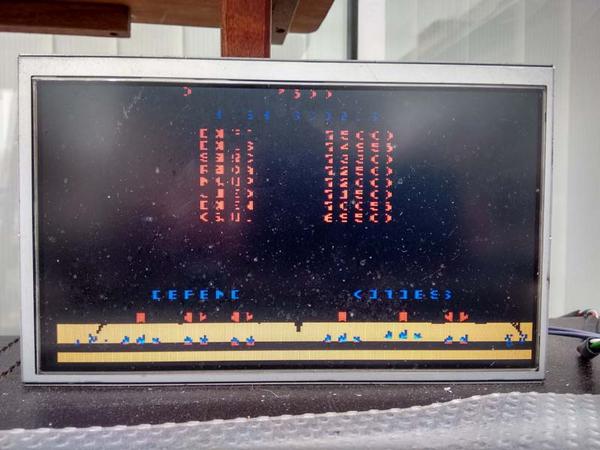 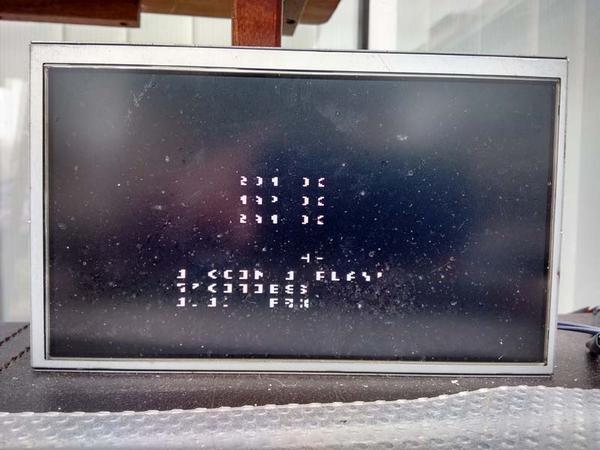 After alot of head scratching and probing, my attention turned to the DRAM controller section.

Here, I looked at another LS157 at M2, which seemed to be working except the output pin 4 (CLOUD2) was stuck LO. Surely this should be pulsing? 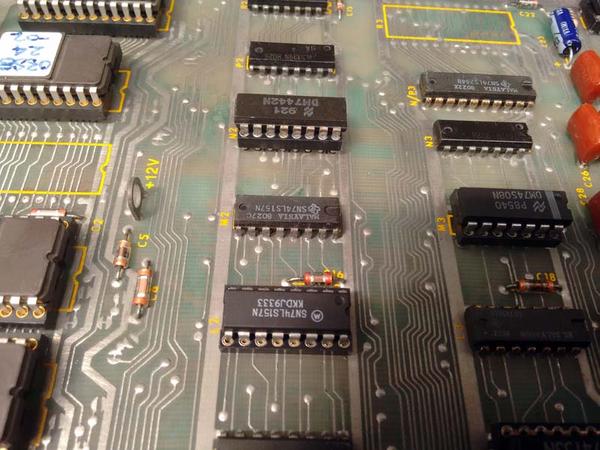 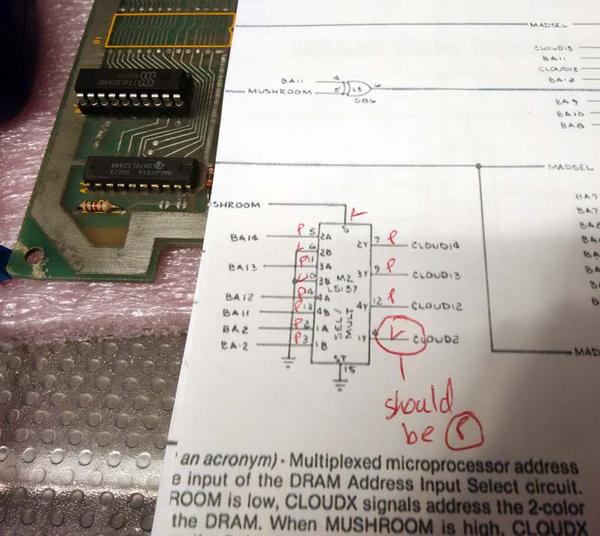 I tried to piggyback another LS157 over the suspected failed LS157, but it had absolute no effect.

So I dug out my HP Comparitor to check it out

Also showing pin 4 as bad, looks like this could be the culprit. 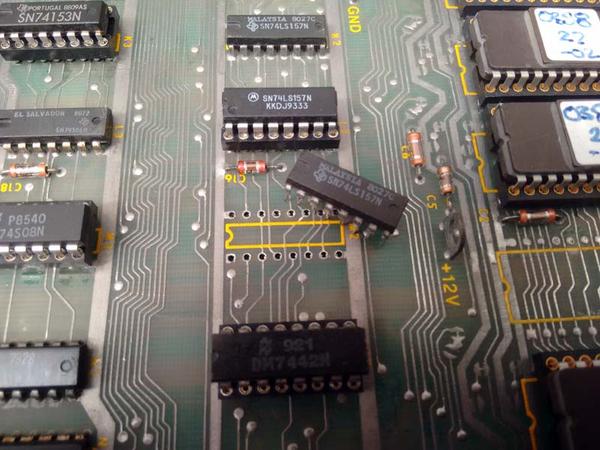 I also tested it in a TTL tester to verify; 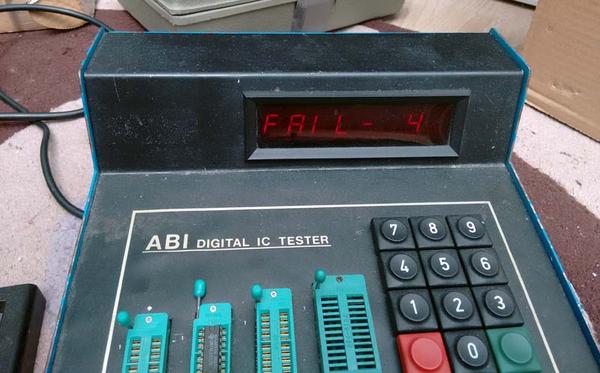 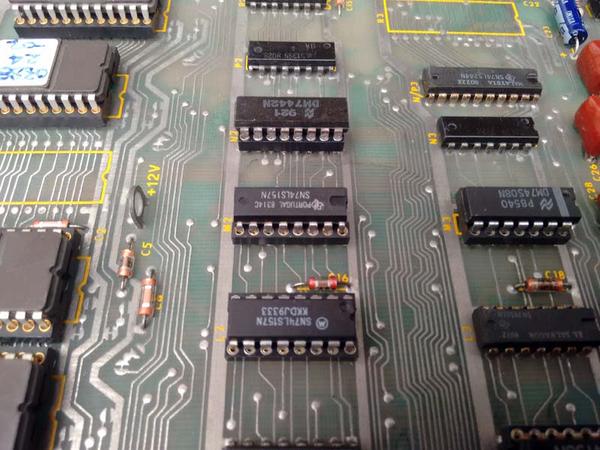 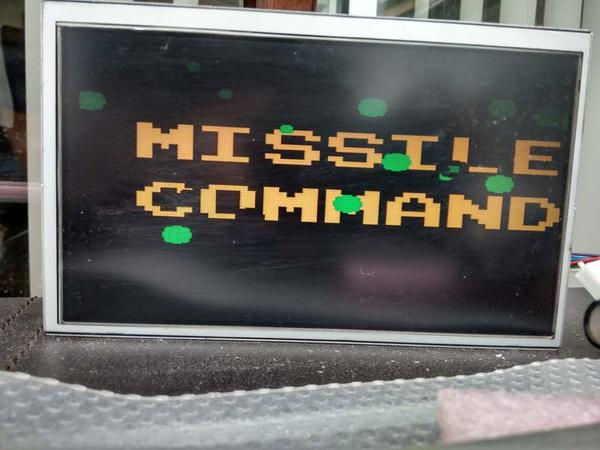 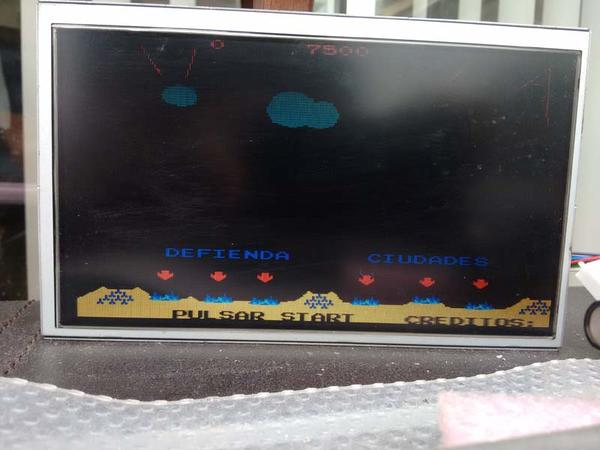 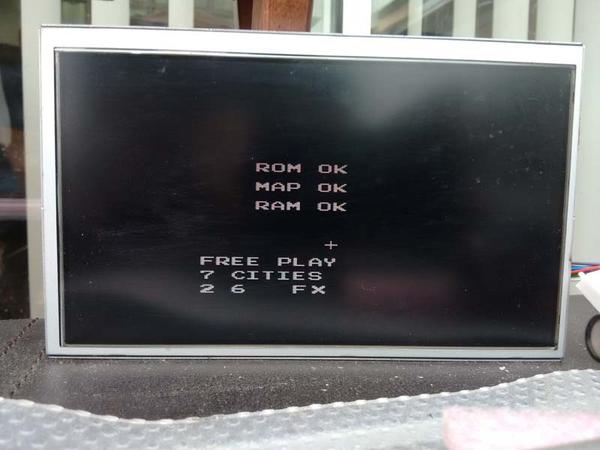