Received this game for a repair.

The game had messed background images 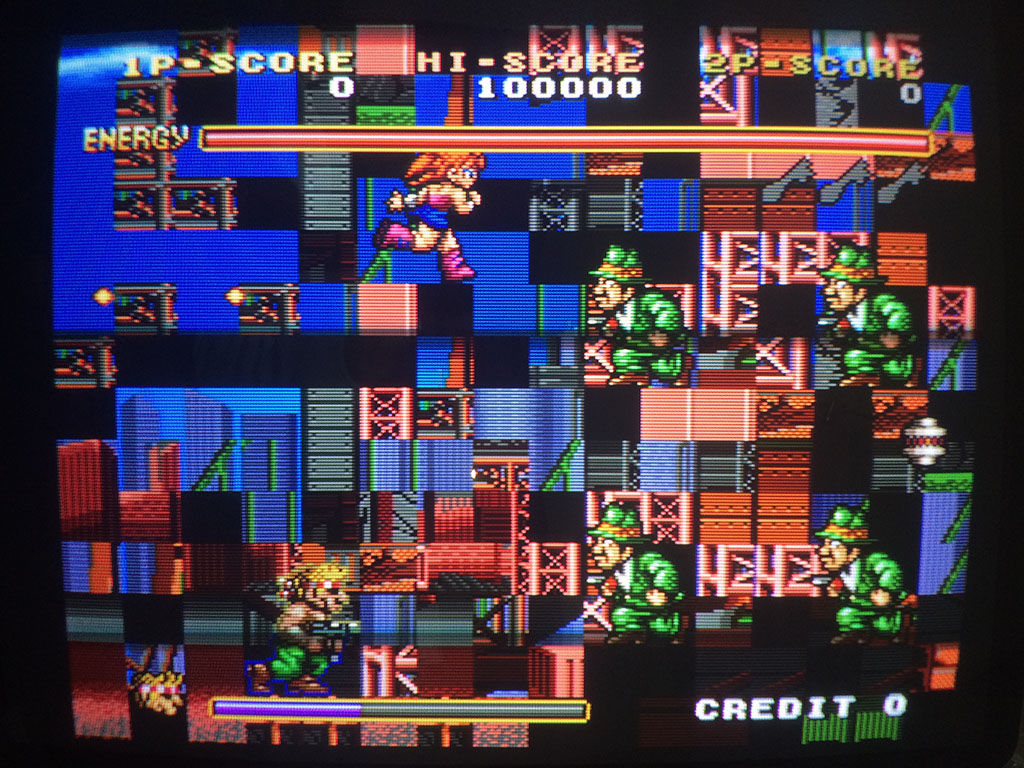 Shorting some data pins rams I found the one responsible for the tiles arrangement.

I replaced the one marked in red below and it was infact faulty but it didn’t fix completely the problem.

I noticed that the 74ls745 above it was pressed down badly like if it was hit but something.

with the other chips. 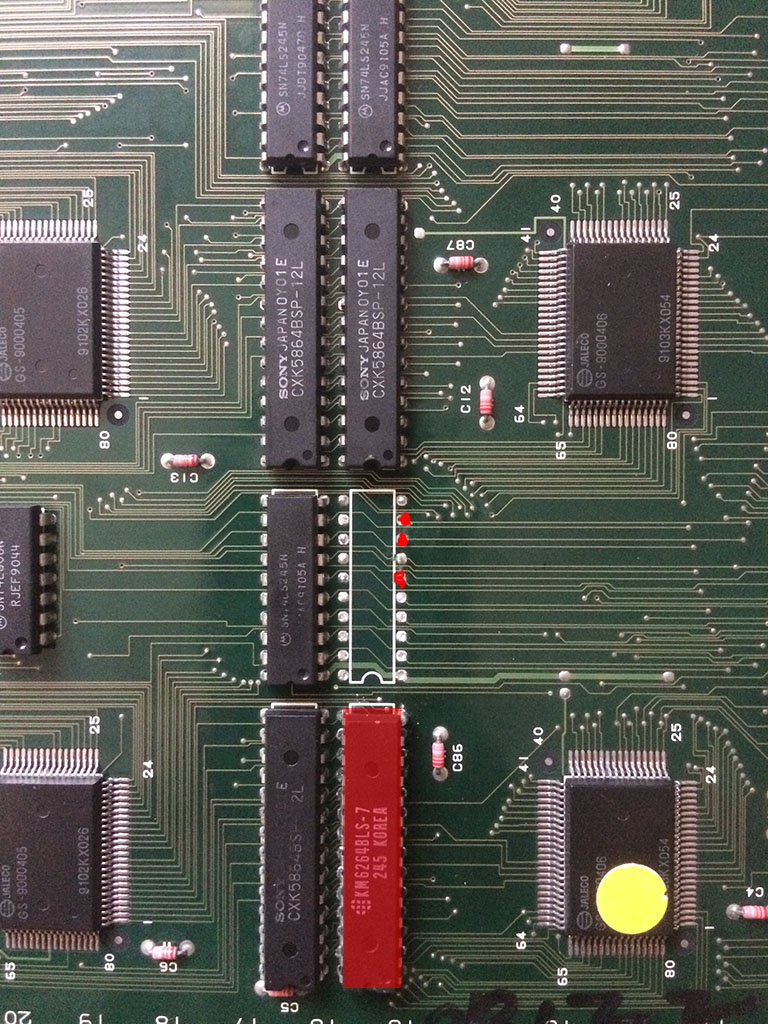 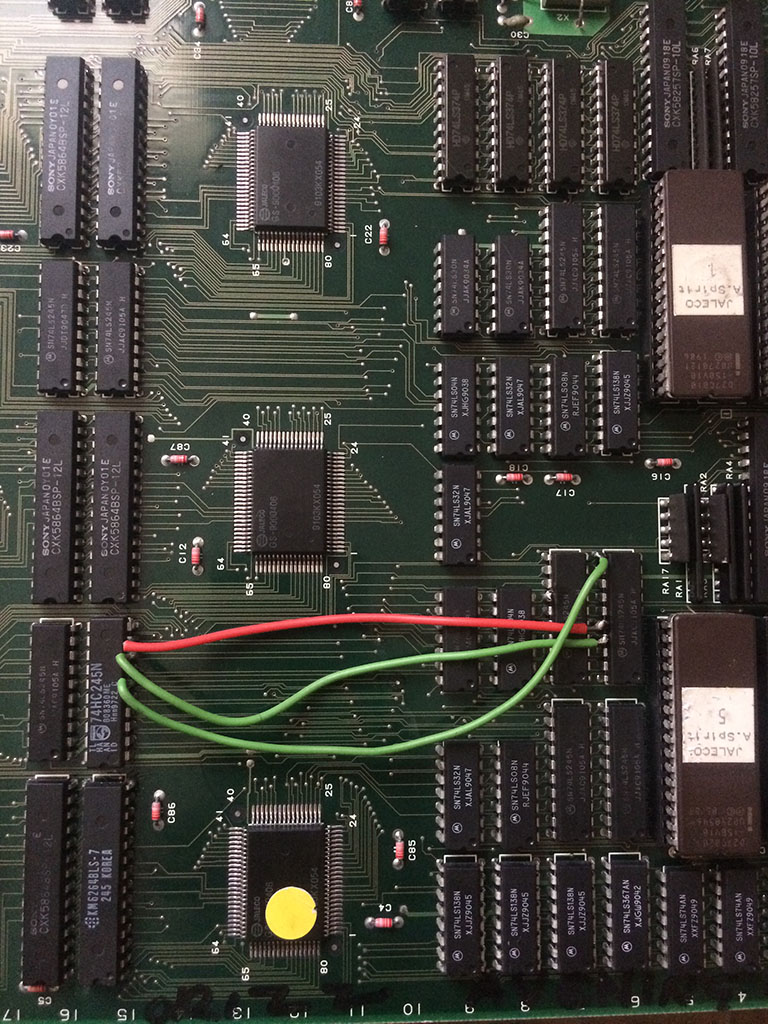 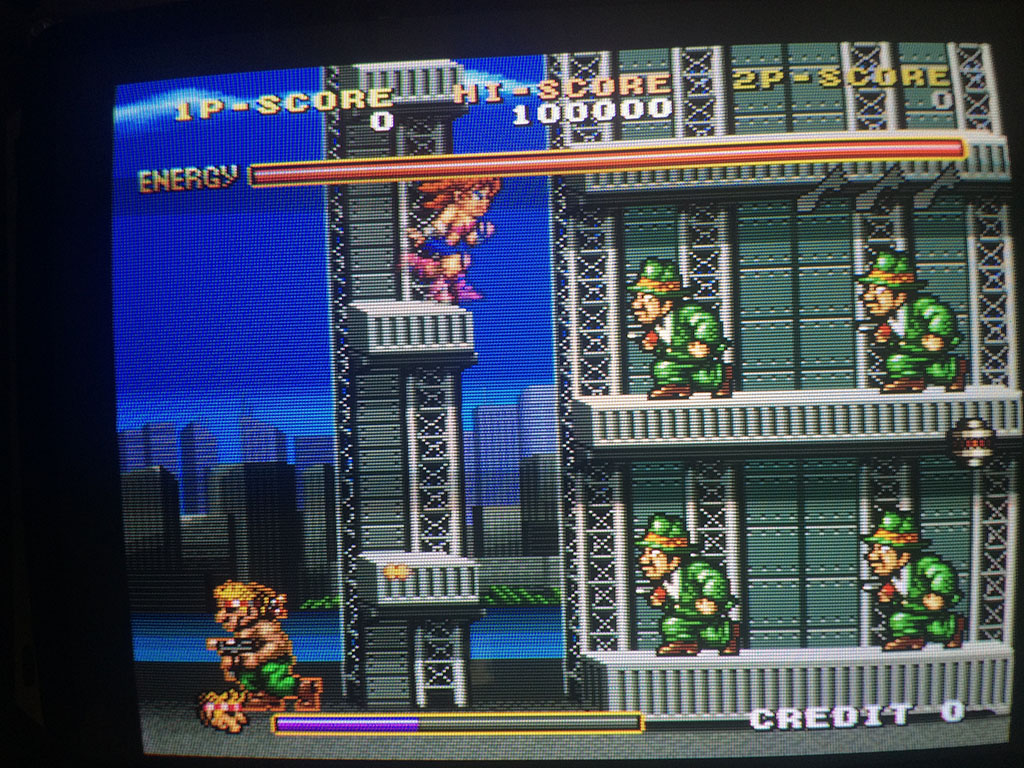