Received this Batsugun Special Ver. PCB for a repair: 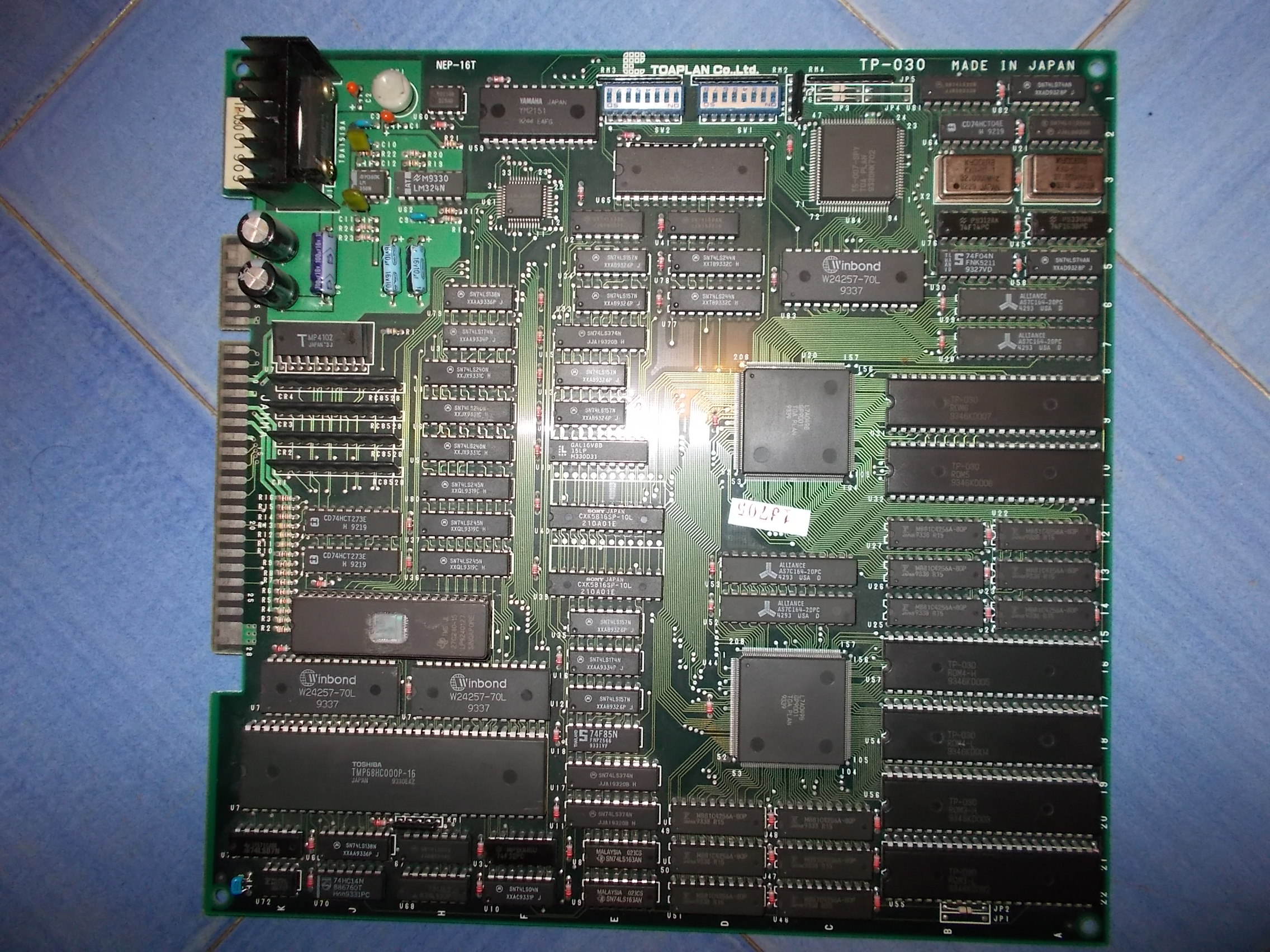 Game played fine but colors were all dull and washed-out, take a look at this comparison with a MAME snapshot on the left: 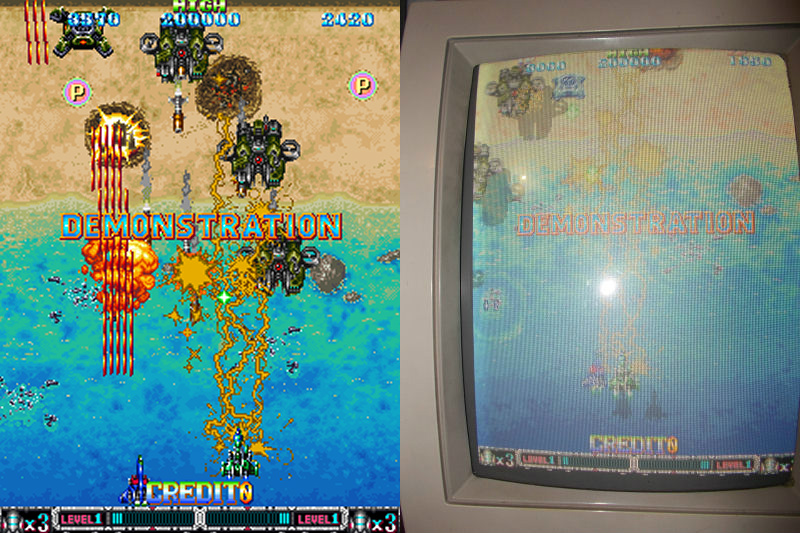 This was a clear sign of some troubles in colors palette circuitry.After studying the hardware, I was able to locate this section by shortcircuting some address/data lines of two CXK5816 SRAMs @U39 and U40 and at the same time observing  color changes on screen: 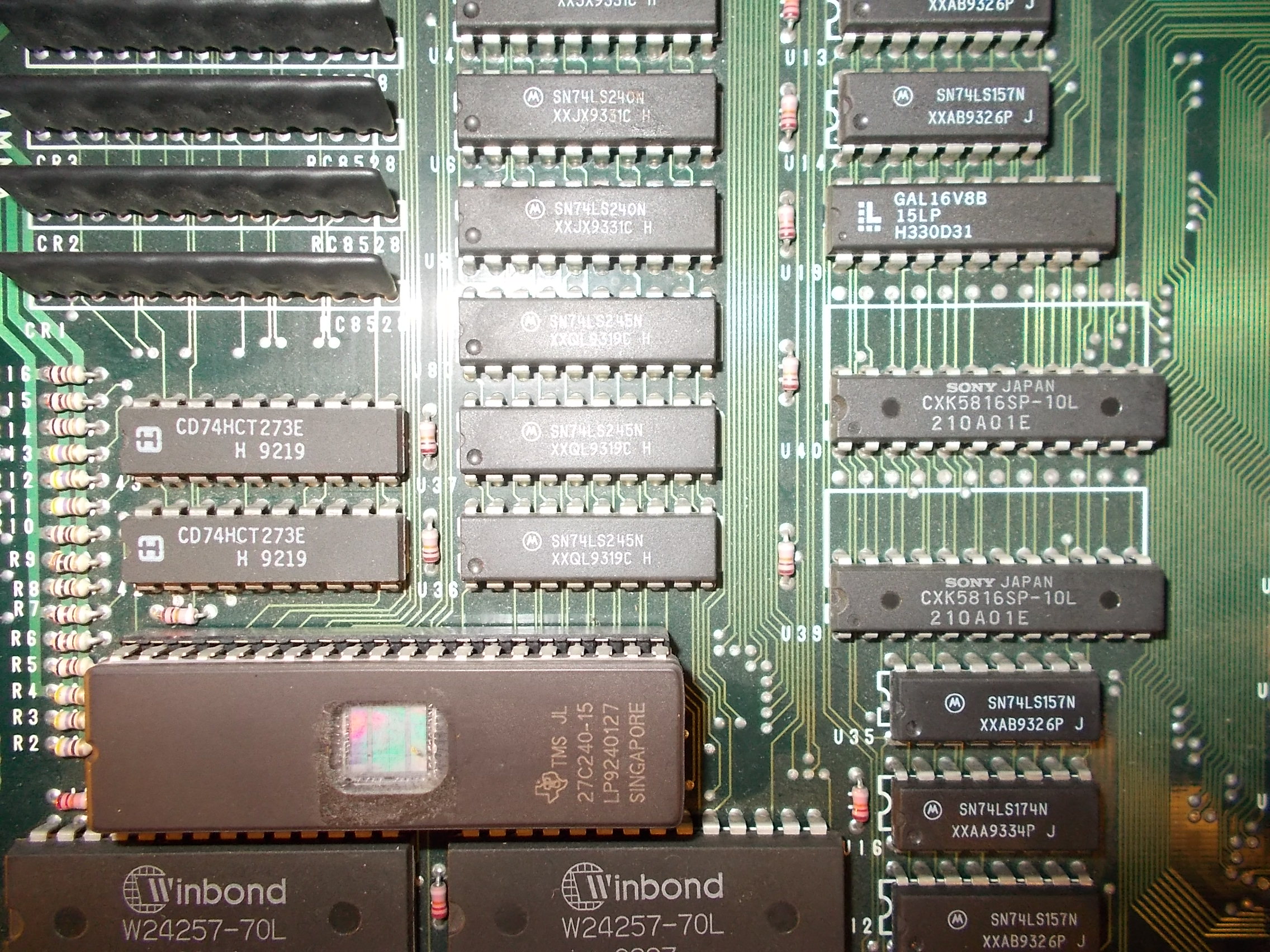 Besides the two mentioned SRAMs, you can see some 74LS245 and two 74HC273 involved in data bus (the first ones in exchanging data from/to the two RAMs, the latter in latching).When  I went to probe the two 74HC273 I found that input pin 13 of the one @U43 was stuck low  and its corresponding output pin 12 showed only weak signals:

So confident I went to remove it: 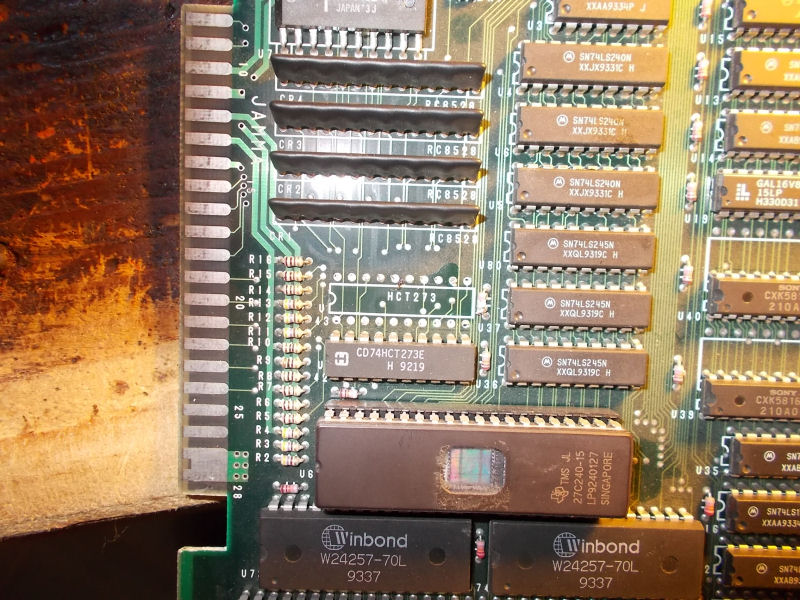 When I tested it out-of-circuit it failed: 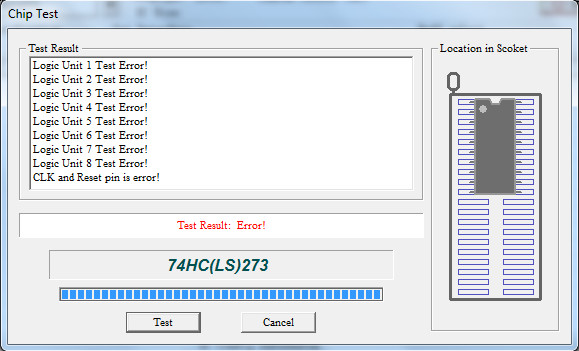 Once fitted a good IC and powered up again the board, the game played great with no further issues. 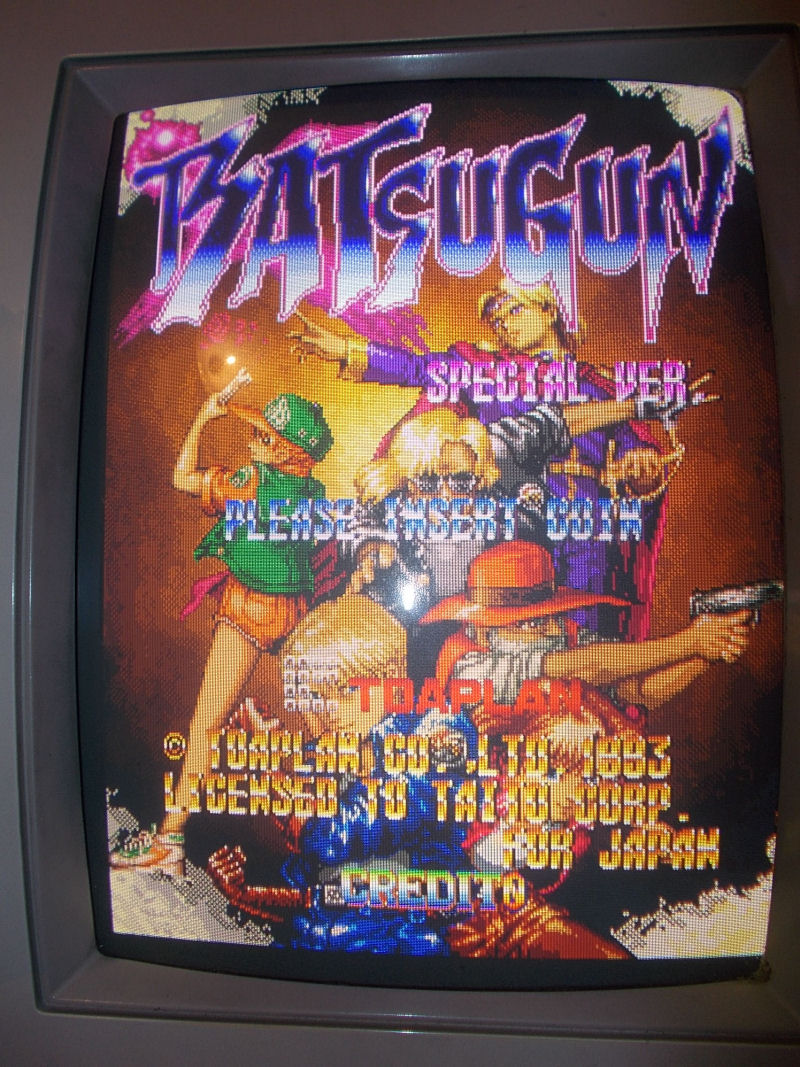