Got from South Korea this Battletoads PCB for repair: 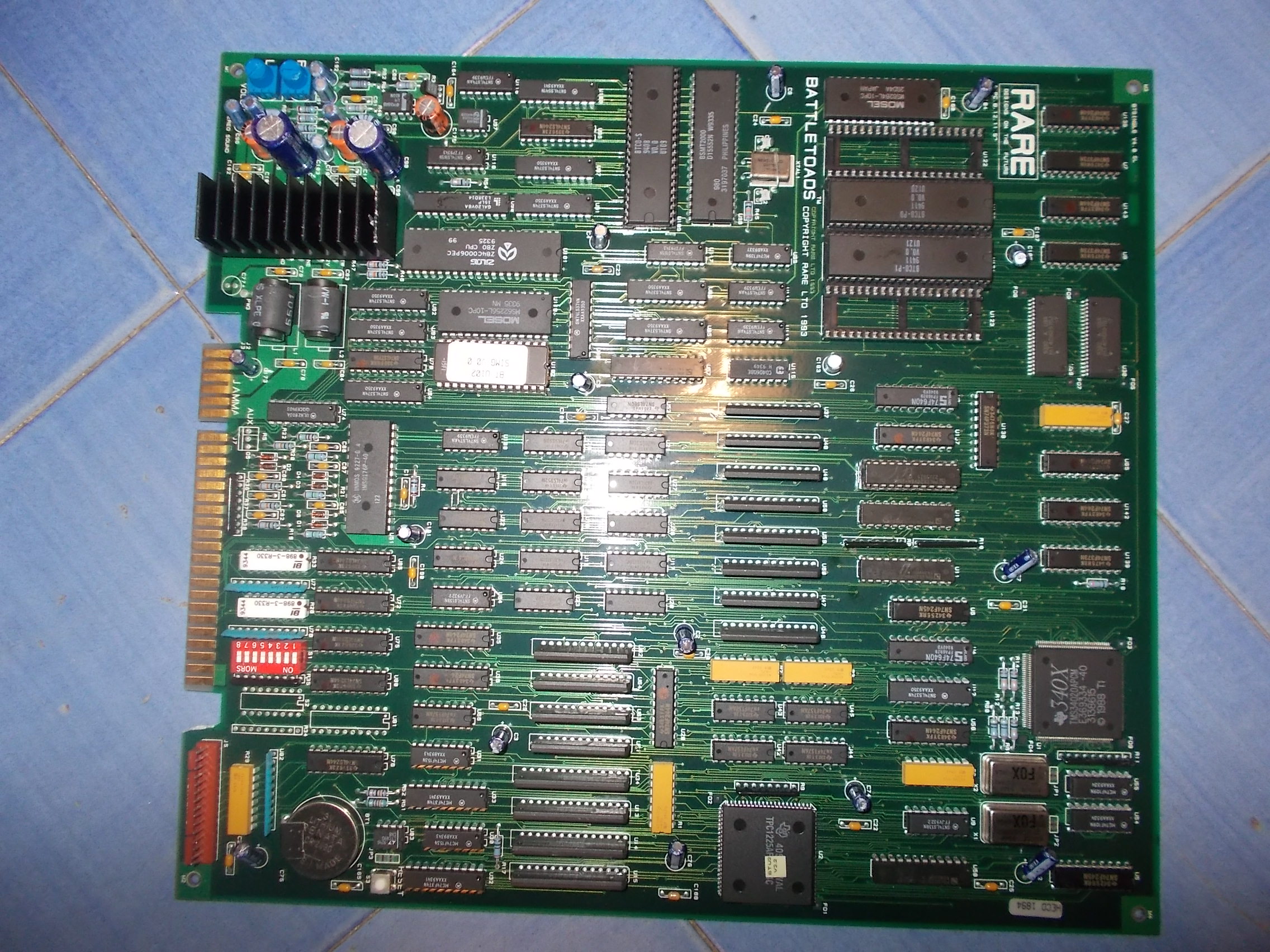 Board had a strange fault, it booted up but then always crashed after some time (going to a black screen) on title screen just before entering the attract mode :

But if you were quick enough coining up on title screen, you could start a game and play normally but sound was missing at all:

With these premises I started my troubleshoot.Since there was no sound during game I focused on the audio circuit.Hardware uses an audio DSP marked ‘BSMT2000’ , chip’s acronym stands for “Brian Schmidt’s Mouse Trap” from name of his designer: 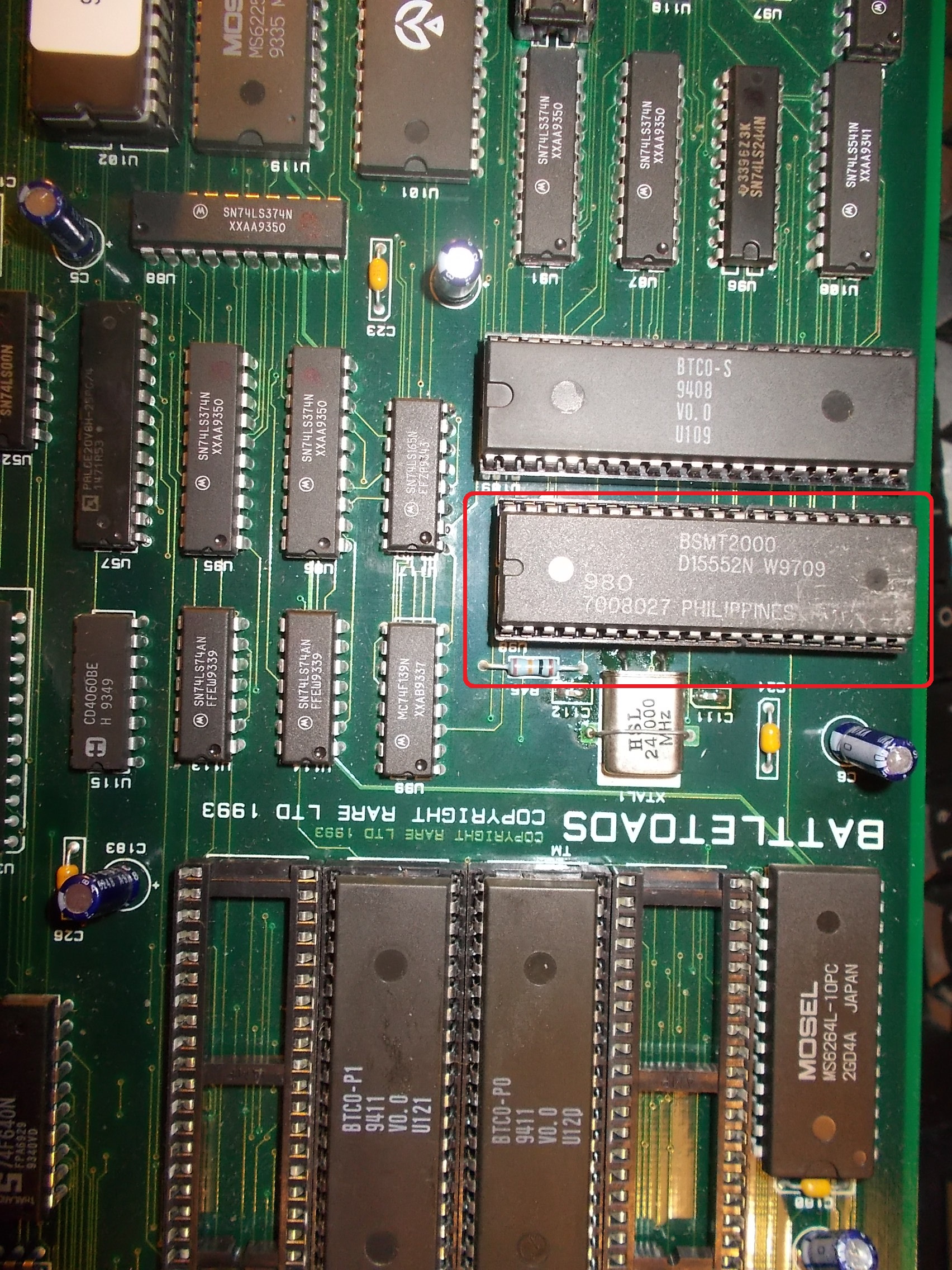 This is a special masked-rom version of a Texas Instruments TMS320C15 digital signal processor, here’s pinout: 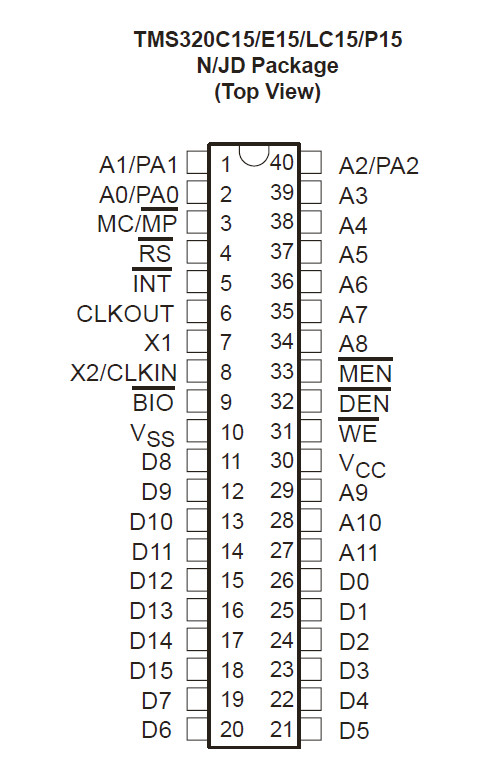 When I went to probe it I found that many data/address lines were either silent or stuck so chip was most likely bad.I removed it: 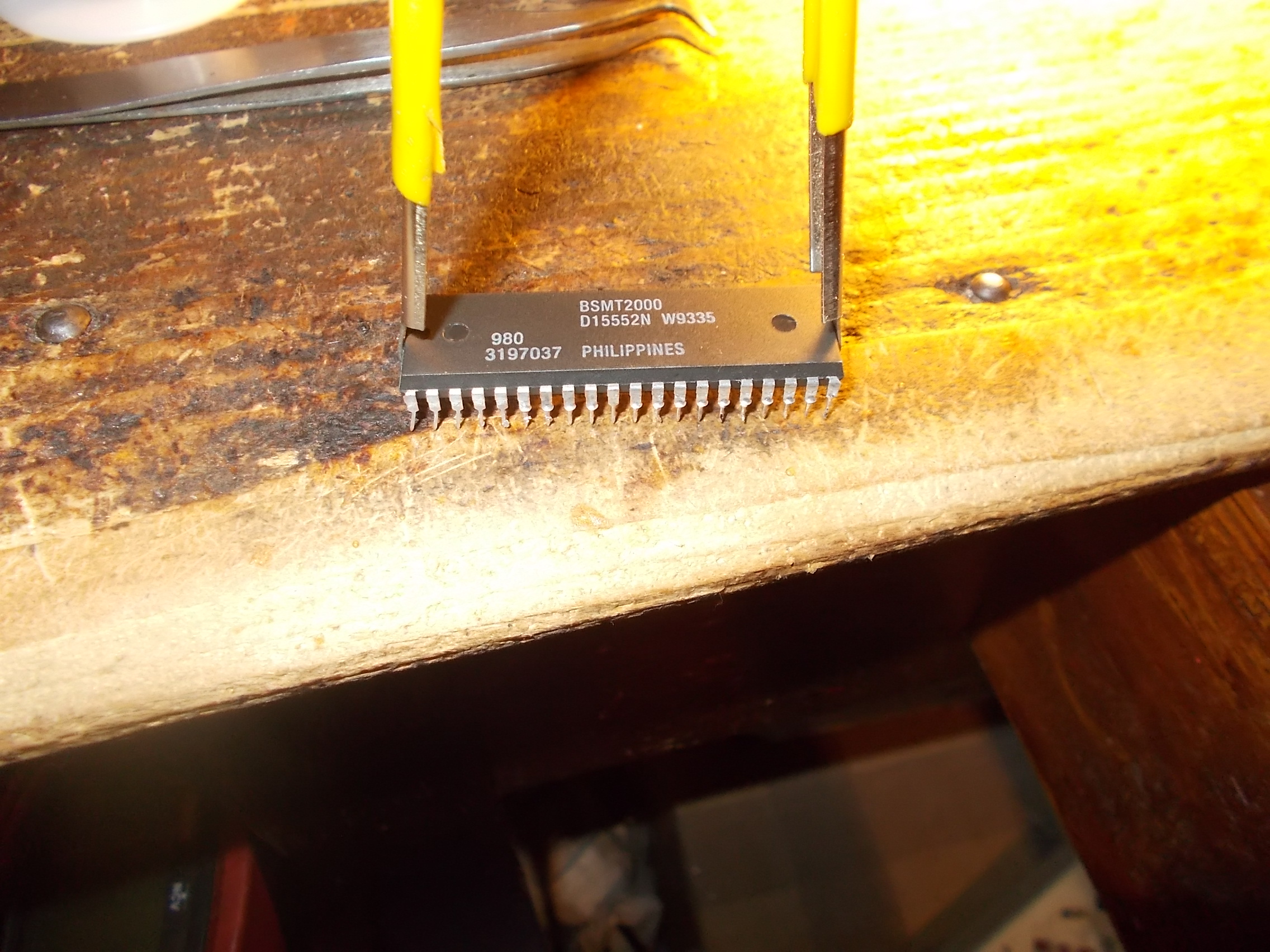 The BSMT2000 is not often used on arcade hardware (it can be found on many pinballs instead) but luckily I found a spare chip on a Police Trainer PCB : 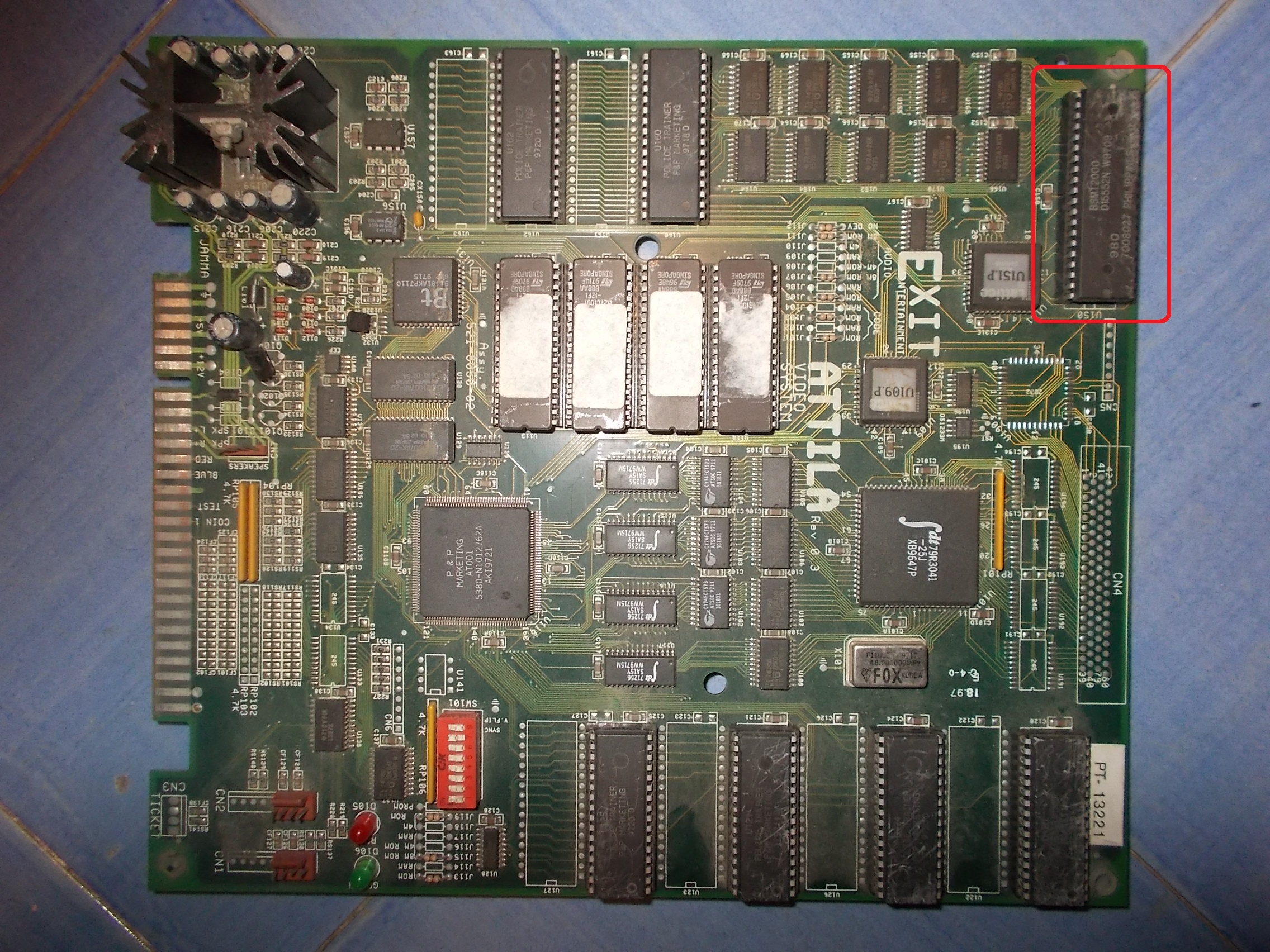 With a good chip installed the game no longer crashed on title screen but sound was still missing.Probing again the BSMT2000 DSP revealed that pin 20 (data line D6) was stuck low, checking with multimeter it was almost shorted to GROUND : 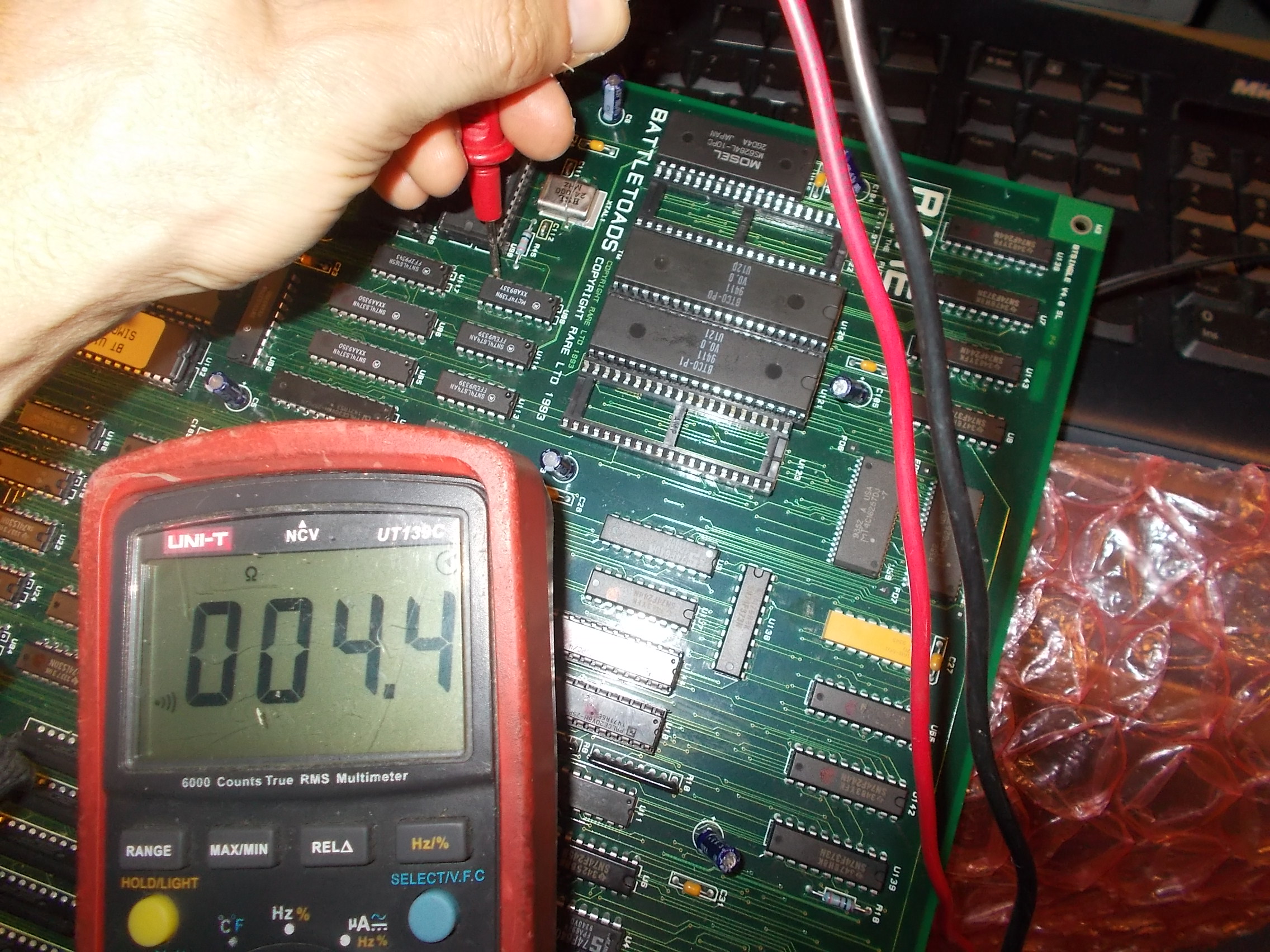 I traced back this data line to pin 17 of two 74LS374 (used for data latching), these inputs were shorted to GROUND also after cuting their traces to the BSMT200.I desoldered the two TTLs and they failed the out-of circuit testing in same gate: