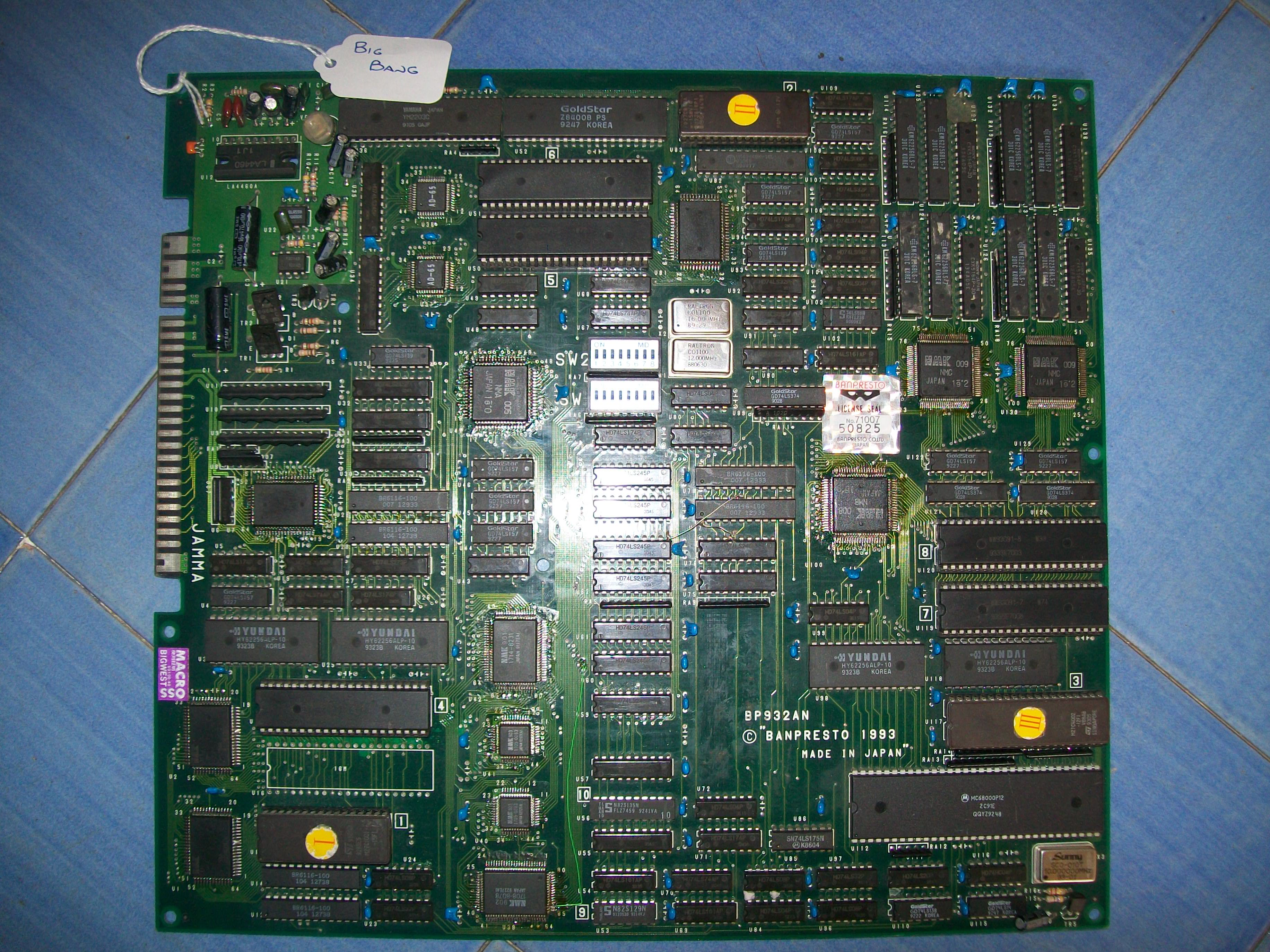 When powerd up it played almost blind, no graphics were displayed: 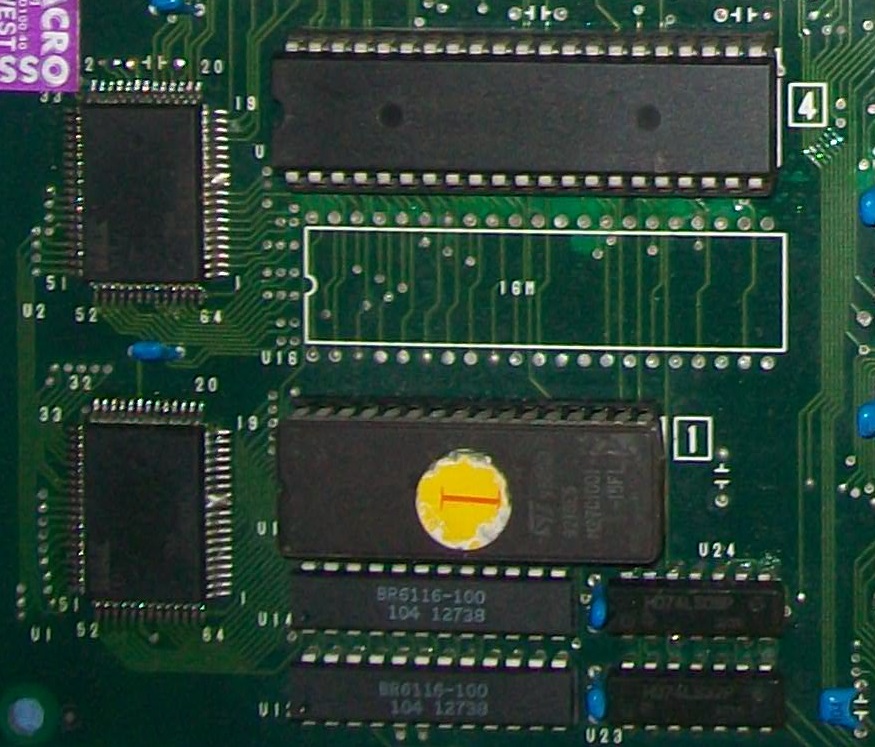 My programmer warned me about a bad contact of pin 32 (VCC) when dumping the EPROM labeled ‘1’ U15 which store foreground data, most likely the +5V wire bond was detached from package: 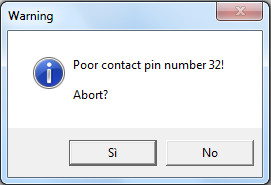 Replacing the bad device with a programmed 1Mbit EPROM restored all graphics but some garbage were present on screen:

I promptly fixed this issue reflowing some of the surface mounted ASICs.At this point graphics were almost good except for some foreground objects which had wrong colors (bleeding too in some parts).Here is a comparison with MAME snapshot on the left: 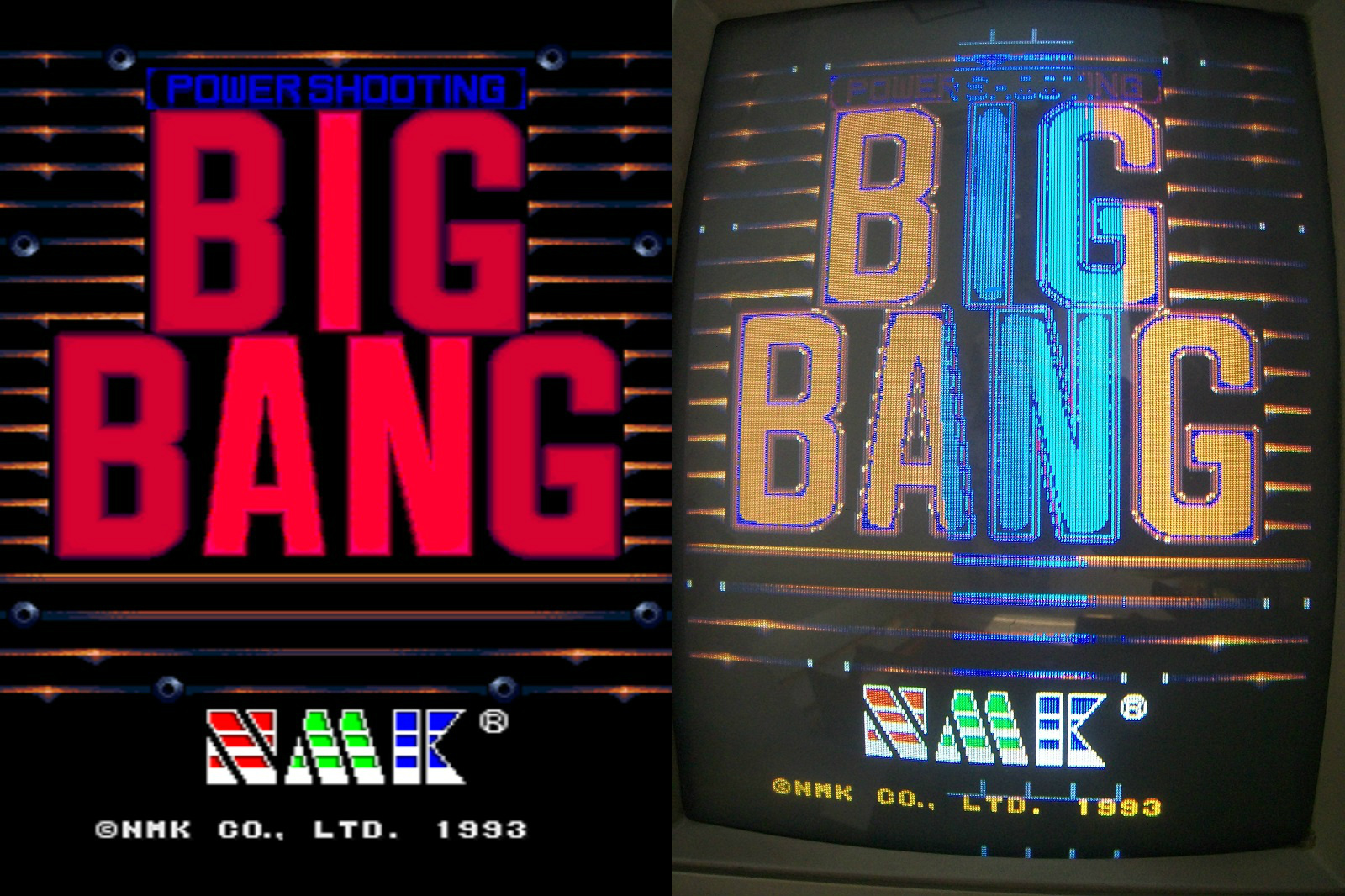 and in details some of the affected objects (MAME snap always on the left): 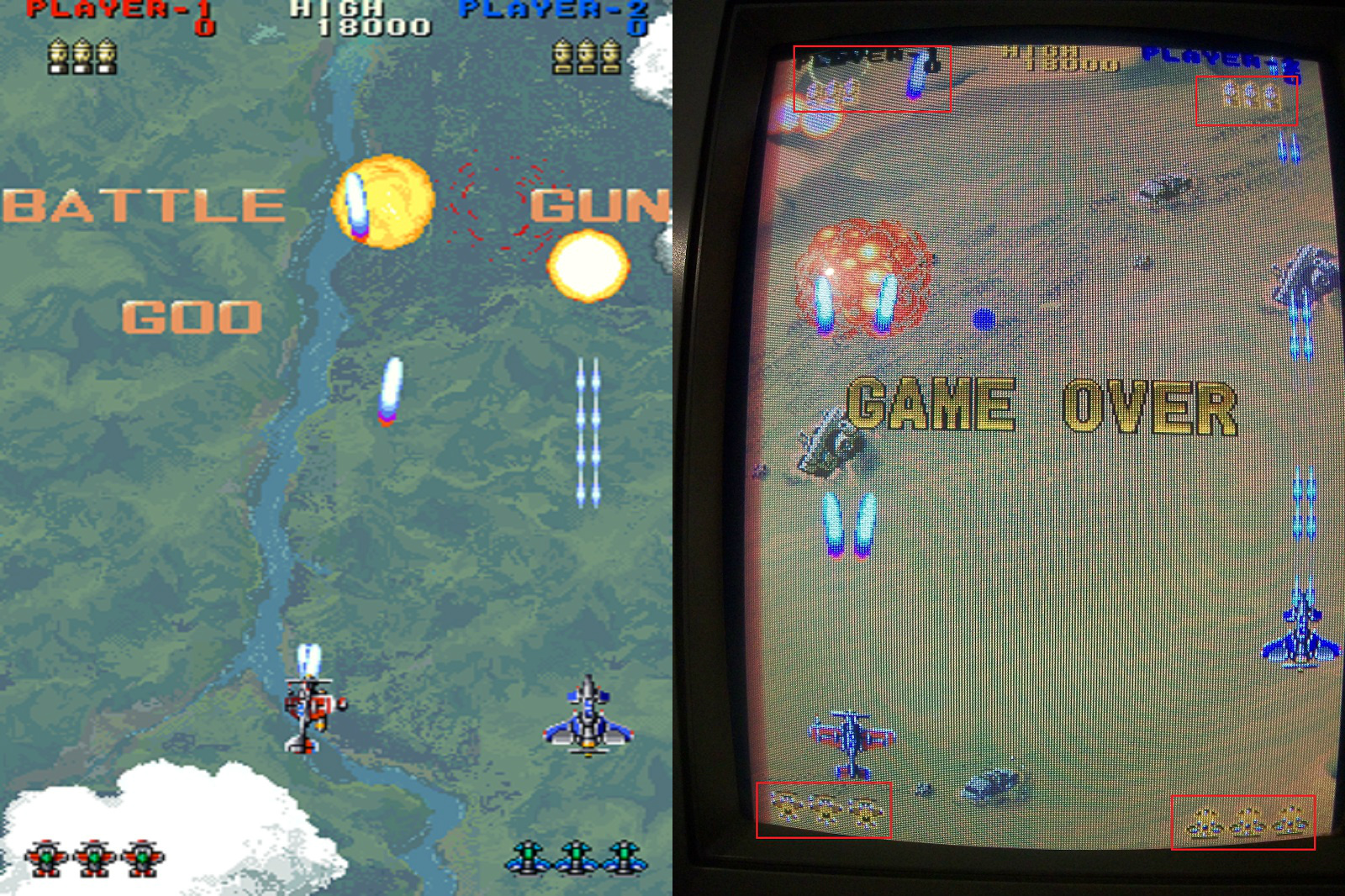 At this point I spent some time to understand how hardware works but, honestly, due total lack of documentation, it  was a trial and error.I replaced some of the surface mounted customs until I caught the culprit : 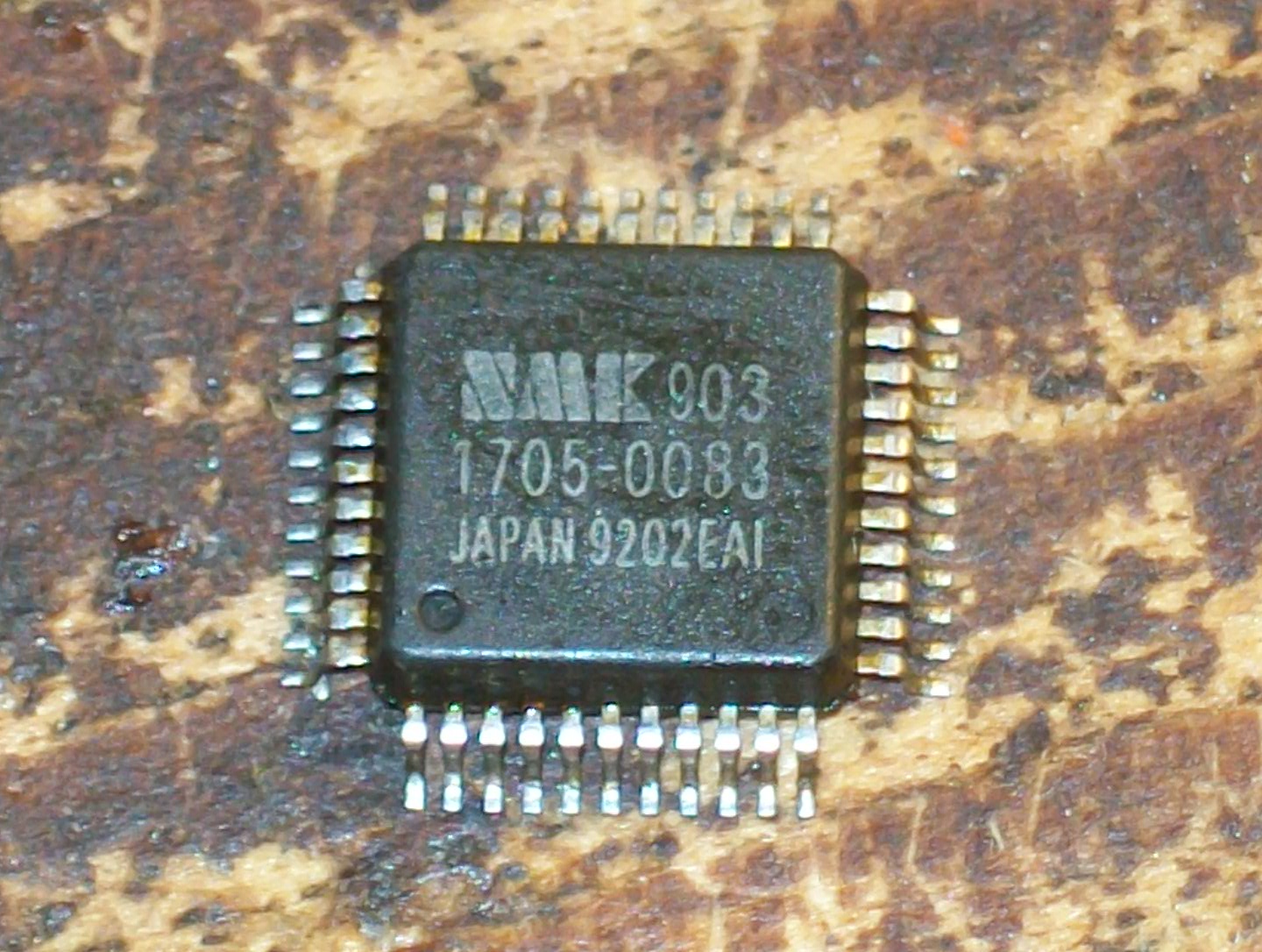 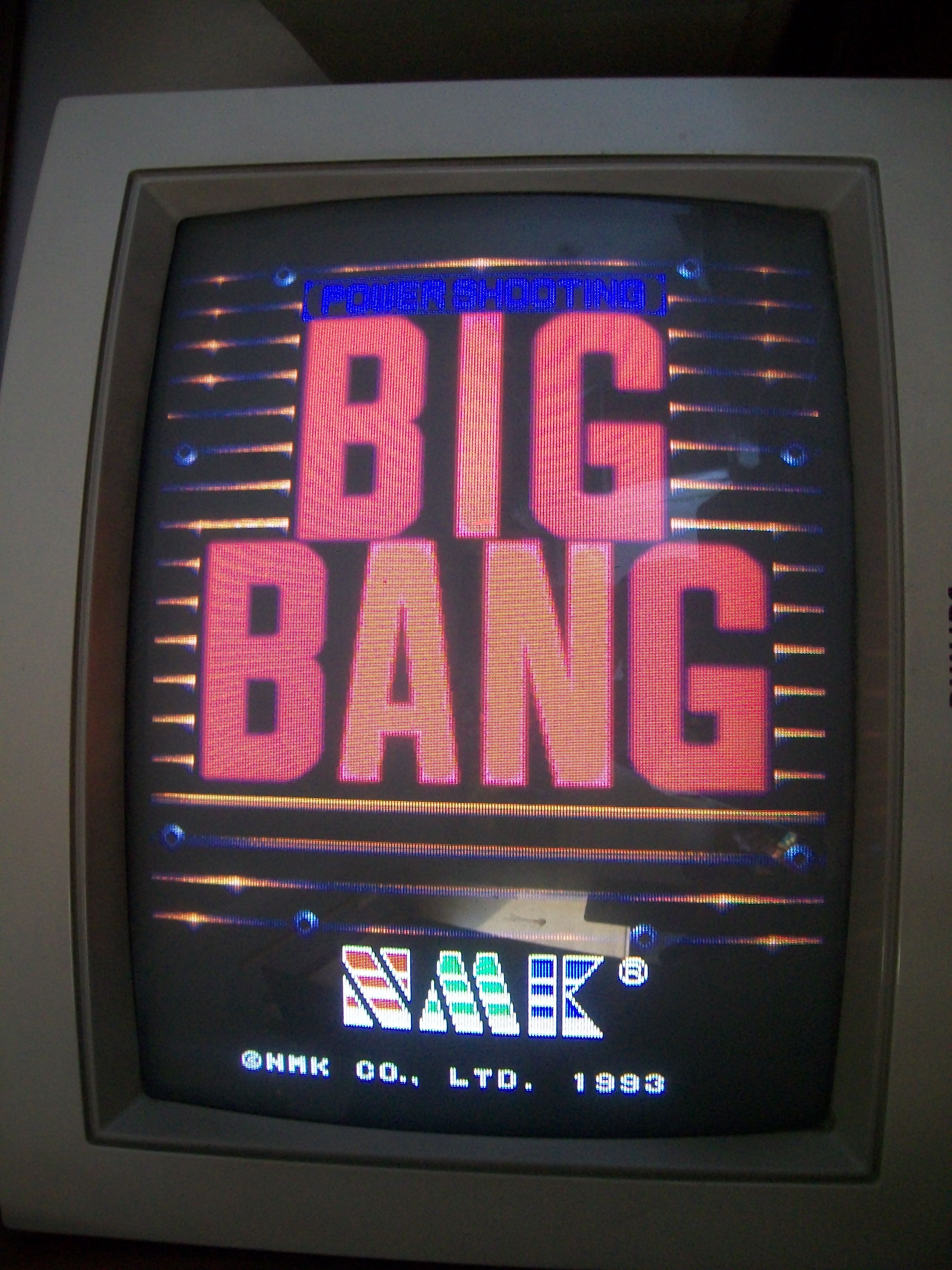 There is an explanation : this ‘NMK 903’ custom is connected to data bus of the 1Mbit EPROM containing the foreground GFX data which was faulty too.So most likely there was a chain failure hence one IC went bad and took out the other (not sure which one for first).But this few matters, another game successfully repaired!