Another new day, another PCB repair. An easy and lucky one with a strange epilogue though.Got this original Bionic Commando PCB from Ebay as non working: 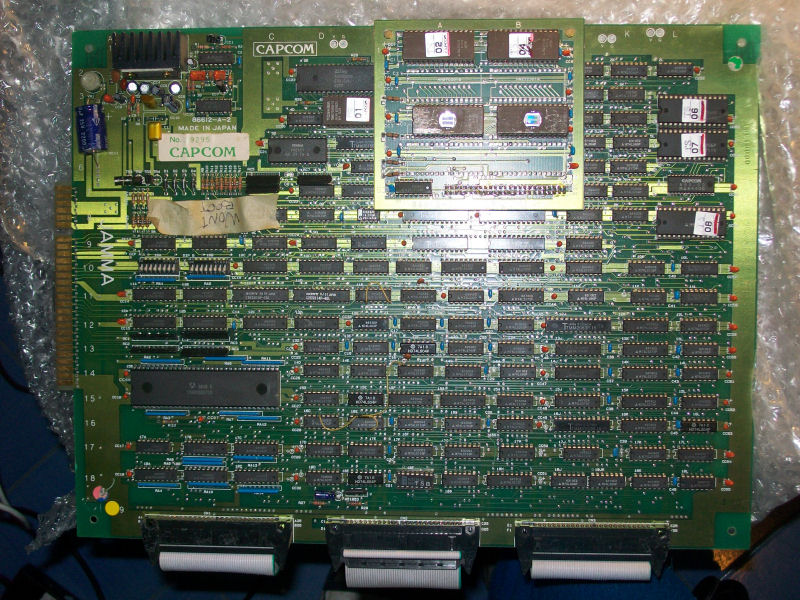 When I received the board I noticed a piece of tape on it saying “WON’T BOOT” so I was ready to a static garbage screen or worse, a nice black one.So I powered up the board and I got this instead: 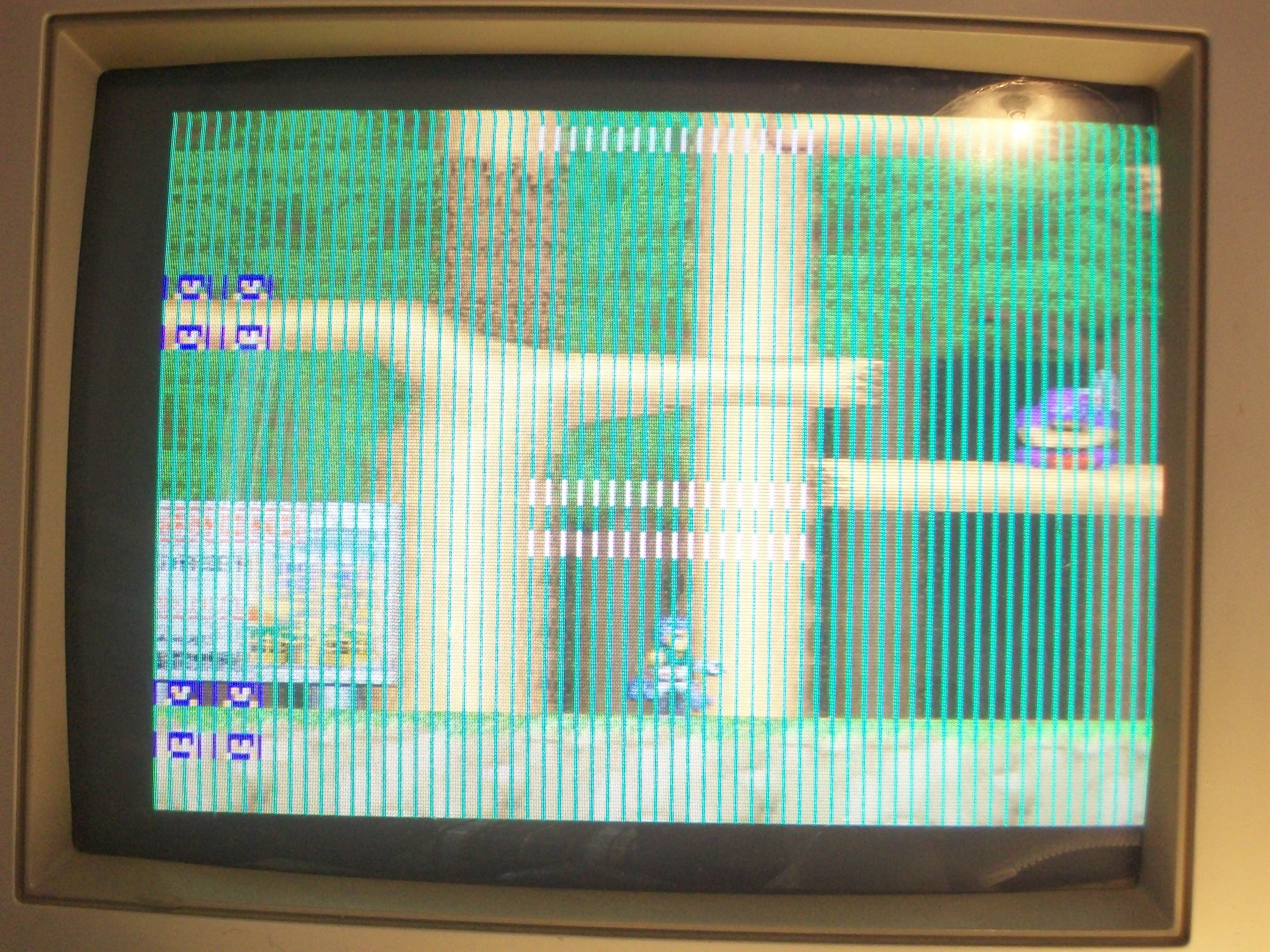 Video had jailbairs all over the screen, gameplay and sounds were OK.So, as usual, before starting my troubleshooting, I made a visual inspection that revealed :

One 74LS367 was missing, another one was cracked and, the icing on the cake, solderside of the video board had a lot of scratches but at the end I found only one broken track that I jumpered with a bit of solder.

So, fitted a new 74LS367 and replaced the cracked one, I was confident about but I was wrong, there was no change at all, jailbars were always present.

So, with the help of the schematics, I started to check everything related to the issue .I dumped the ROMs containing the tiles and they were fine against MAME,  did some in-circuit testing with my B&K 560A IC tester but nothing was wrong in the presumed involved parts of circuit.After some hours of investigations I was giving up when I decided to check the voltages on PCB.I measured +5.1V on a IC so I lowered it a bit but without immediate success.A little frustrated I powered off the board and then after some minutes on again and I got: 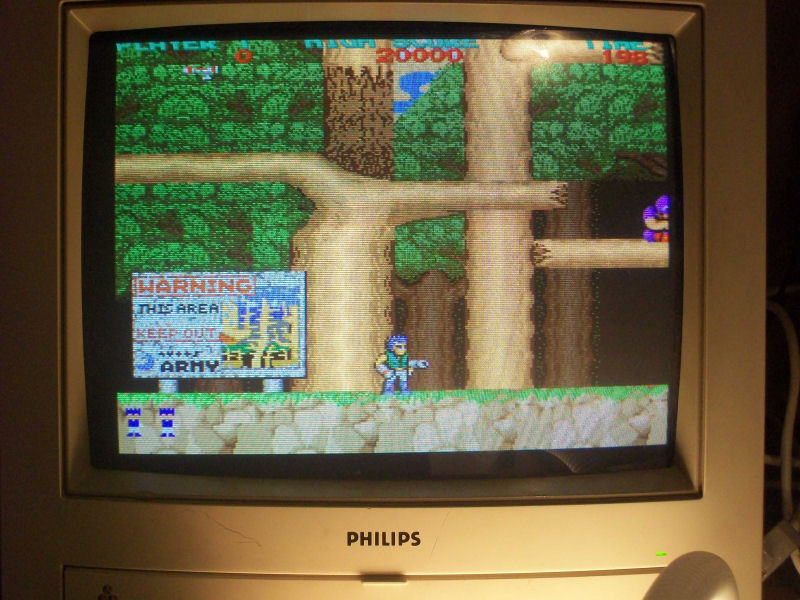 I don’t know if this is really related to the voltages (I raised to +5.1 again and jailbars didn’t appear), the fact is I finished the game and no issue occurred again.Oh, I love the soundtrack of 1st level, it reminds me the happy days playing this game on my Commodore 64.Another day spent, another great classic added to my collection…