Got this Konami Block Hole (export version of Quarth) from my friend ‘mastercello’ : 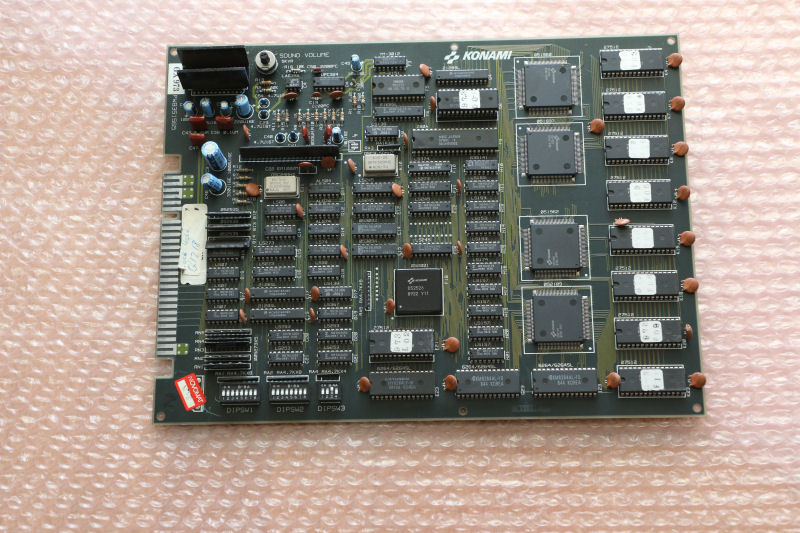 Board was marked with “sprite issue” and indeed it’s what I got once fired it up: 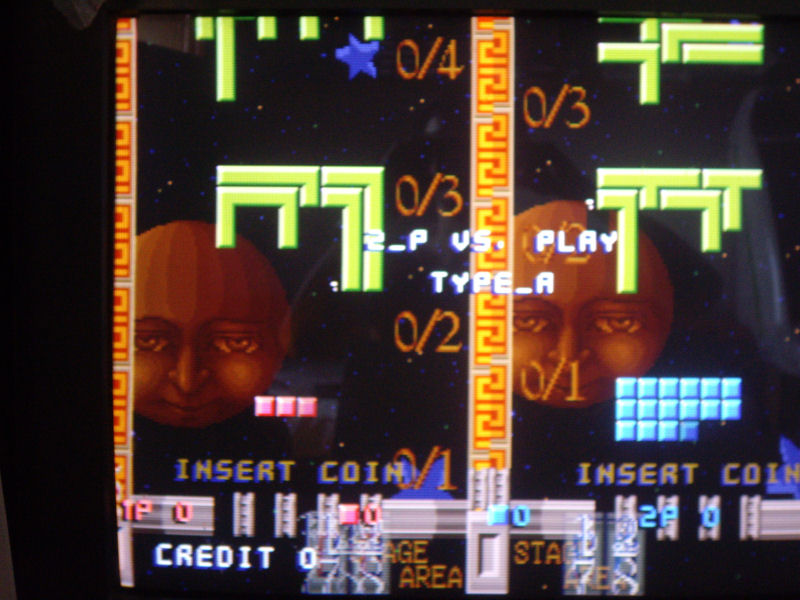 Some sprites (like main ship, see the above picture) were garbled and totally wrong.There are eight 27256 EPROMs containing all the sprites so I went to probe them with a logic probe and I found that the common address line A10 (PIN21) of four of them was not prperly toggling compared to the healthy lines A9 and A8 for example.This was confirmed also by my logic analyzer:

I was able to trace this faulty address line back to the sprites generator ASIC marked ‘051960’: 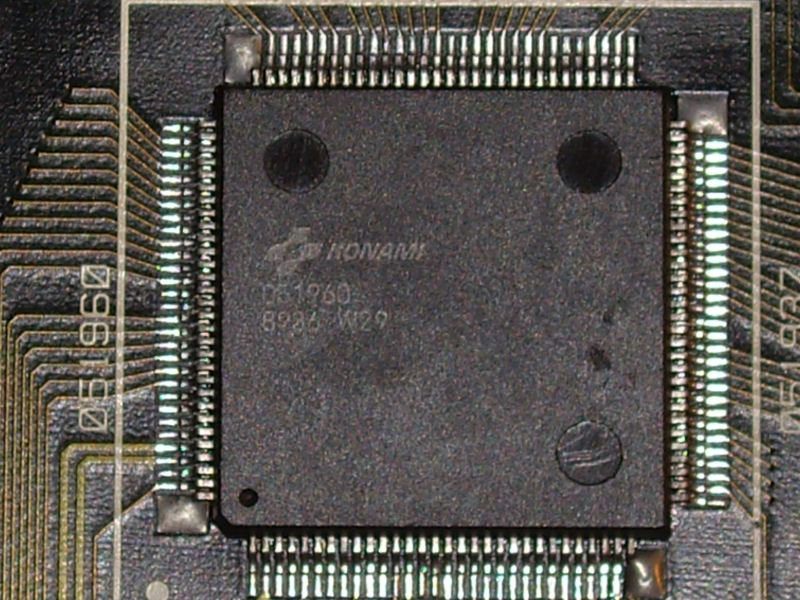 So my suspects was that this ASIC would address the four sprite ROMS wrongly due its weakened address line.To confirm this I lifted the involved pin: 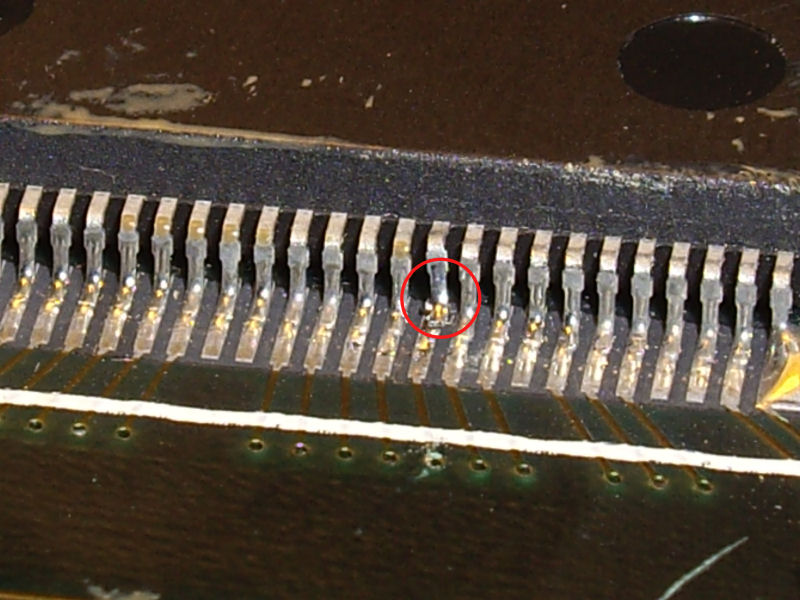 and its behaviour was the same as before when connected to sprite ROMs (on the left the an healthy address line, on the right the faulty A10)  :

At this point, I was pretty sure the ASIC ‘051960’ was faulty in this address line so I played the card of replacing it:

And I was right, this restored graphics completely.Board 100% fixed. 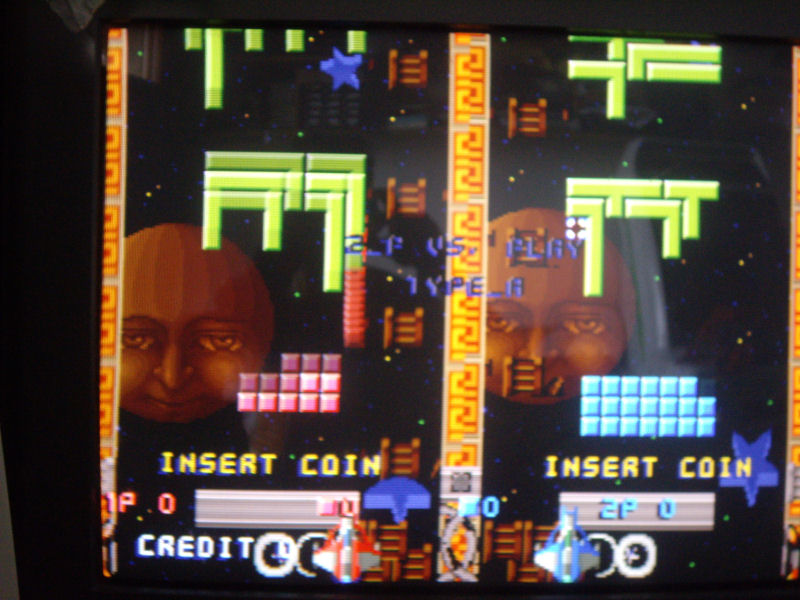