Got this original Blood Bros. among a lot of untested PCBs: 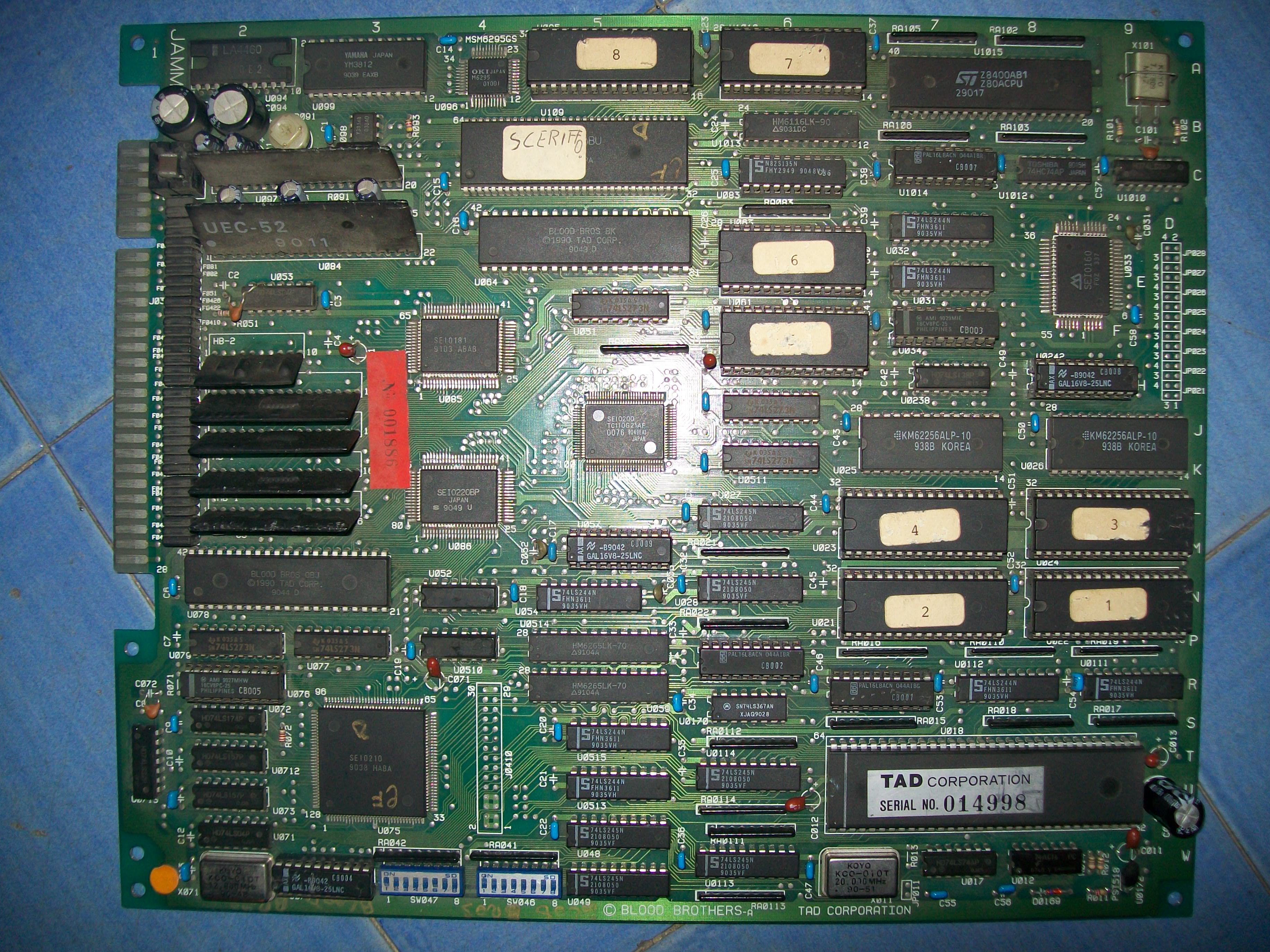 For the uninitiated Blood Bros. was released by Tad Corporation in the 1990 and can be considered the sequel of Cabal since it shares the same gameplay.

When I powered up my board, I didn’t noticed anything abnormal but once started a game the background GFX were flashing until they completely disappeared leaving black this part of screen :

Board uses some customs  ASIC to generate GFX.Studying a bit the hardware I figured out that the  one marked ‘SEI0200 TC110G21AF’ 8QFP100)  addresses the  background/foreground 42 pin MASK ROM through some 74LS273 and processes directly its data : 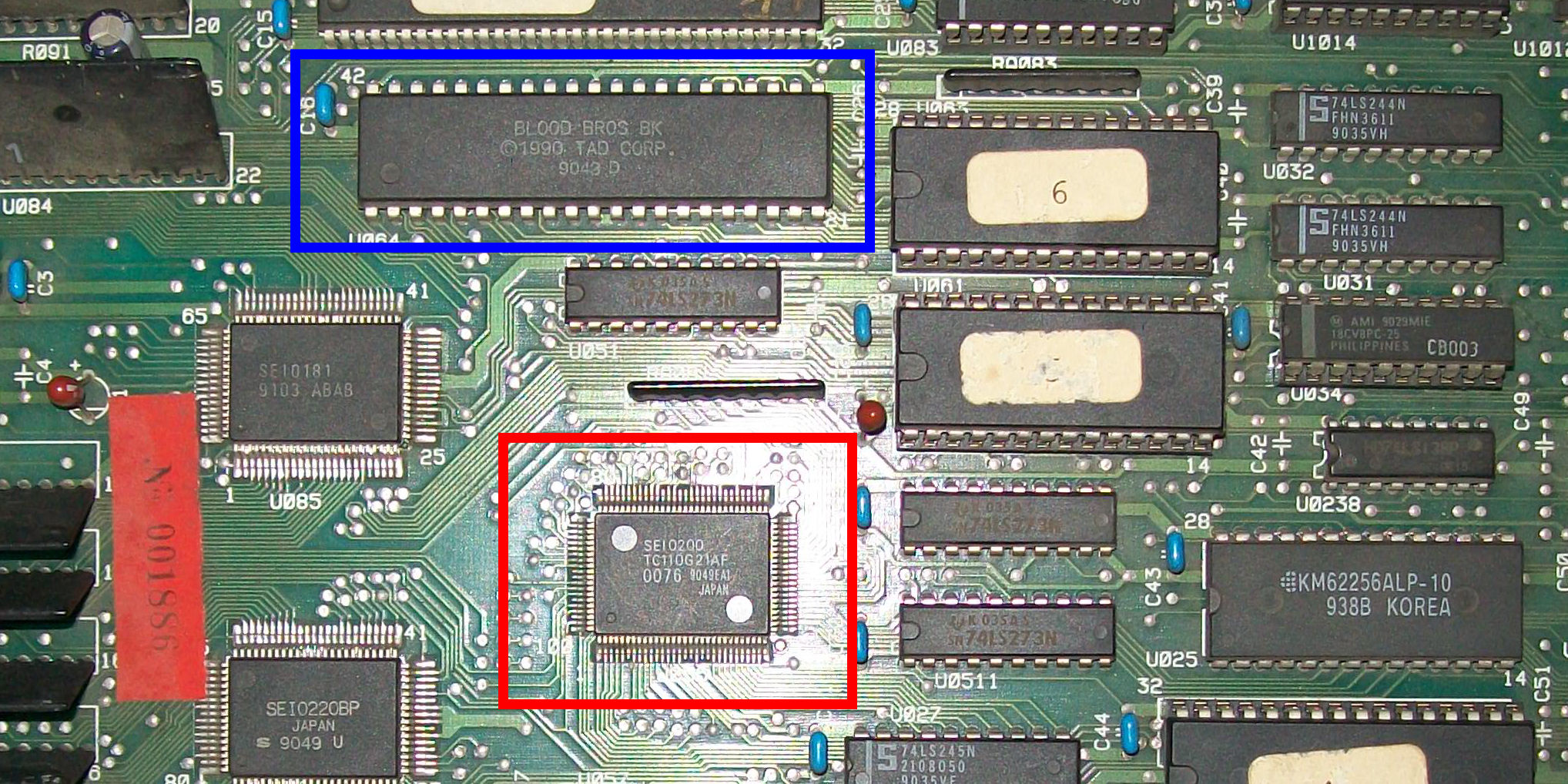 Piggybacking a programmed 27C800 (equivalent to the 42 pin MASK ROM) had no effect.Since there were no other involved component I was pretty sure the ASIC was bad.Having a Raiden II as donor board I decided to replace this custom: 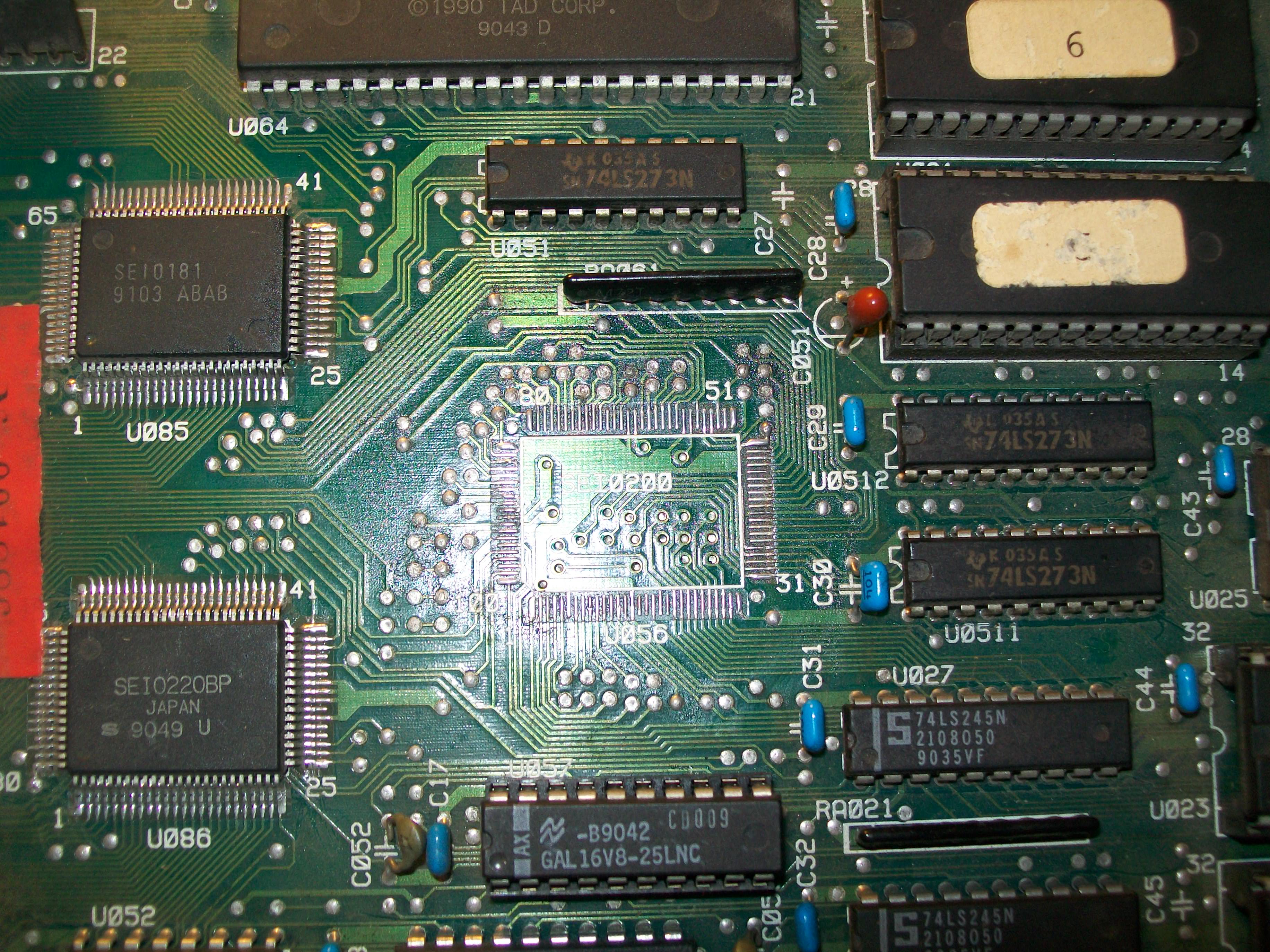 After some work the donor part was in place: 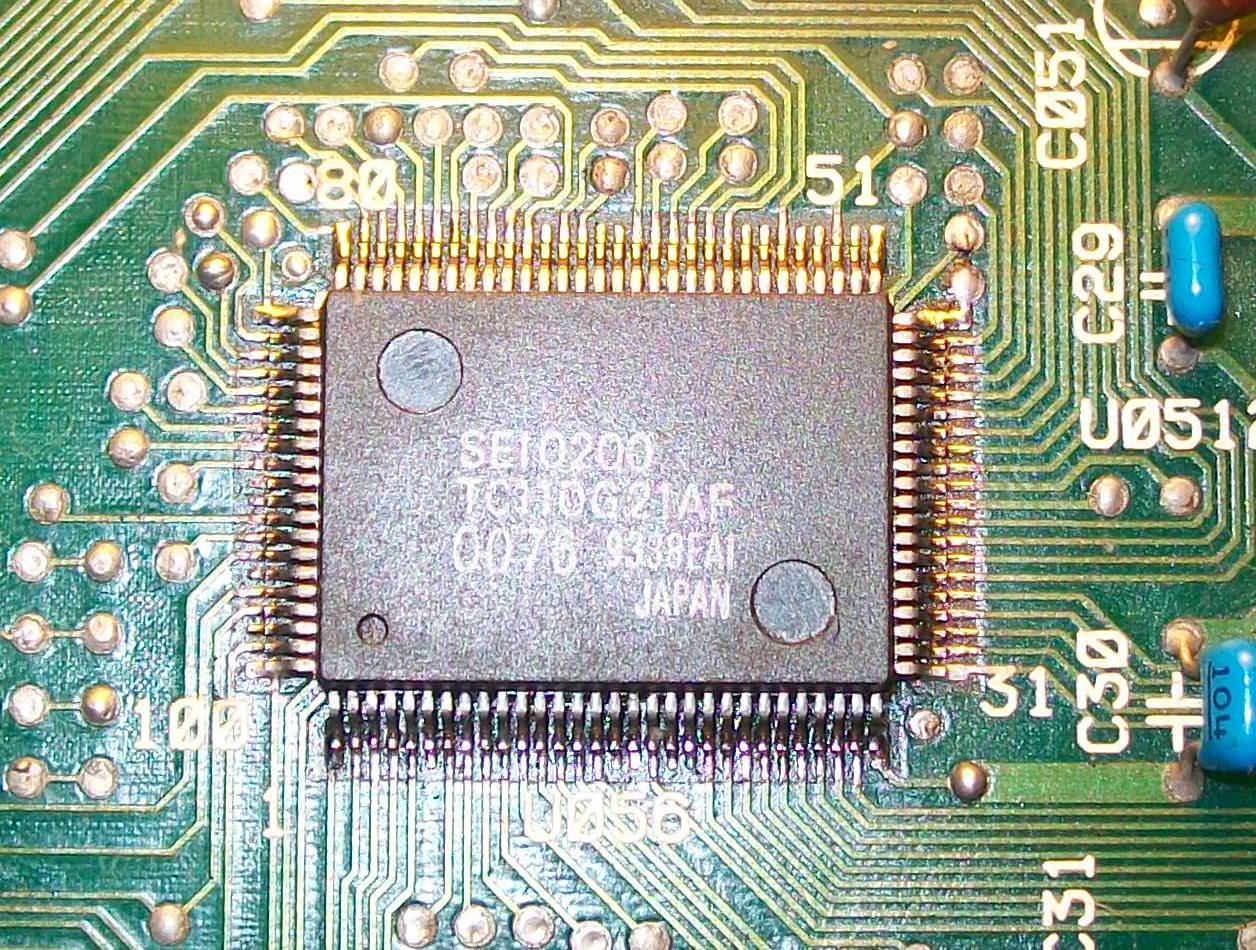 Powered up the board again and all the background GFX were back.Board 100% fixed.