Received from Portugal a batch of faulty PCBs for repair, there was among them this Bomber Man World (on Irem M97 hardware) 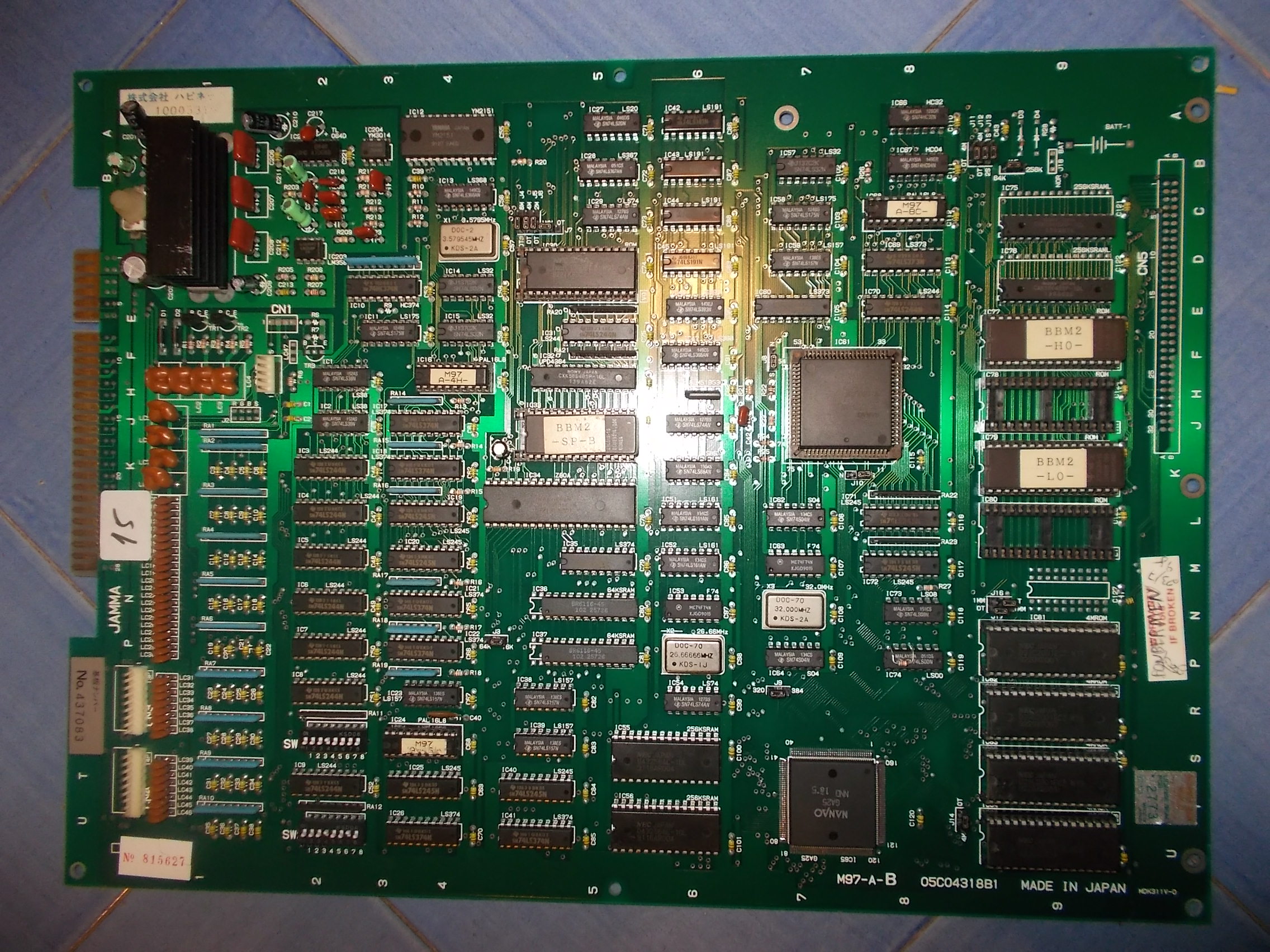 The PCB was working fine except for the sound, you could only hear some scratchy noise and also video output was affected showing some kind of disturbs:

This is scenario I faced many times during repairs and the cause was always the same : the electrolytic capacitors.In particular Irem boards suffers from the “brown ELNA” syndrome and this was not an expection.I  went to measure capacitors with my ESR meter starting from the 470uF 25V one @C203 which filters the +12V routed to to sound amplfier.My meter didn’t display any reading meaning the measured ESR value was out of range (from 0 to 99 Ohm on my meter) 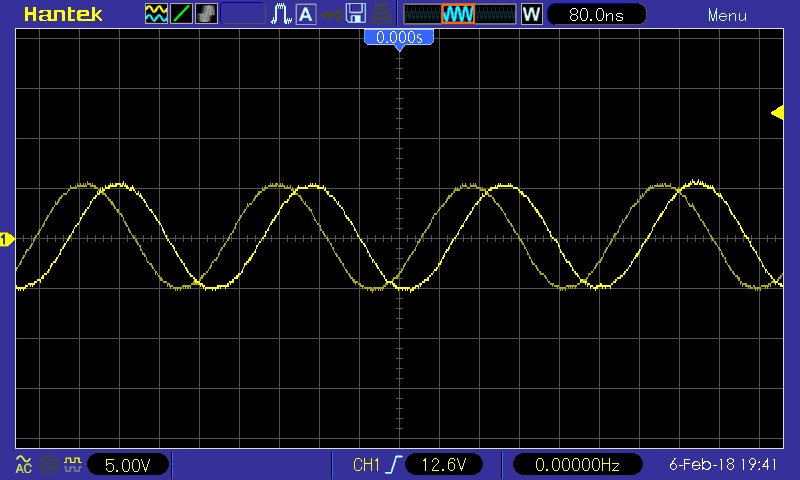 The out-of-circuit testing  confirmed the high ESR and bad capacitance : 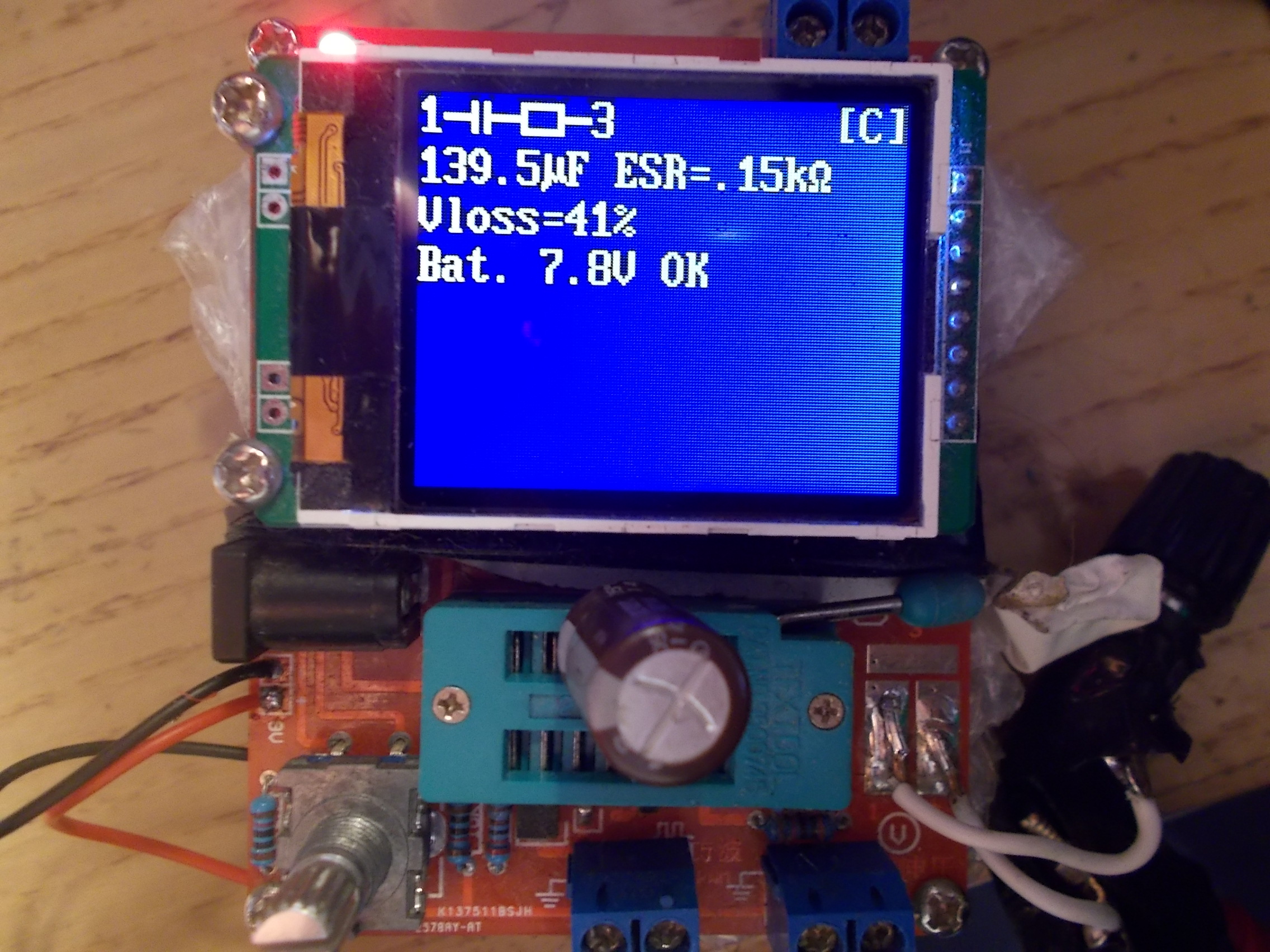