Received from Portugal this Bucky O’ Hare PCB for repair: 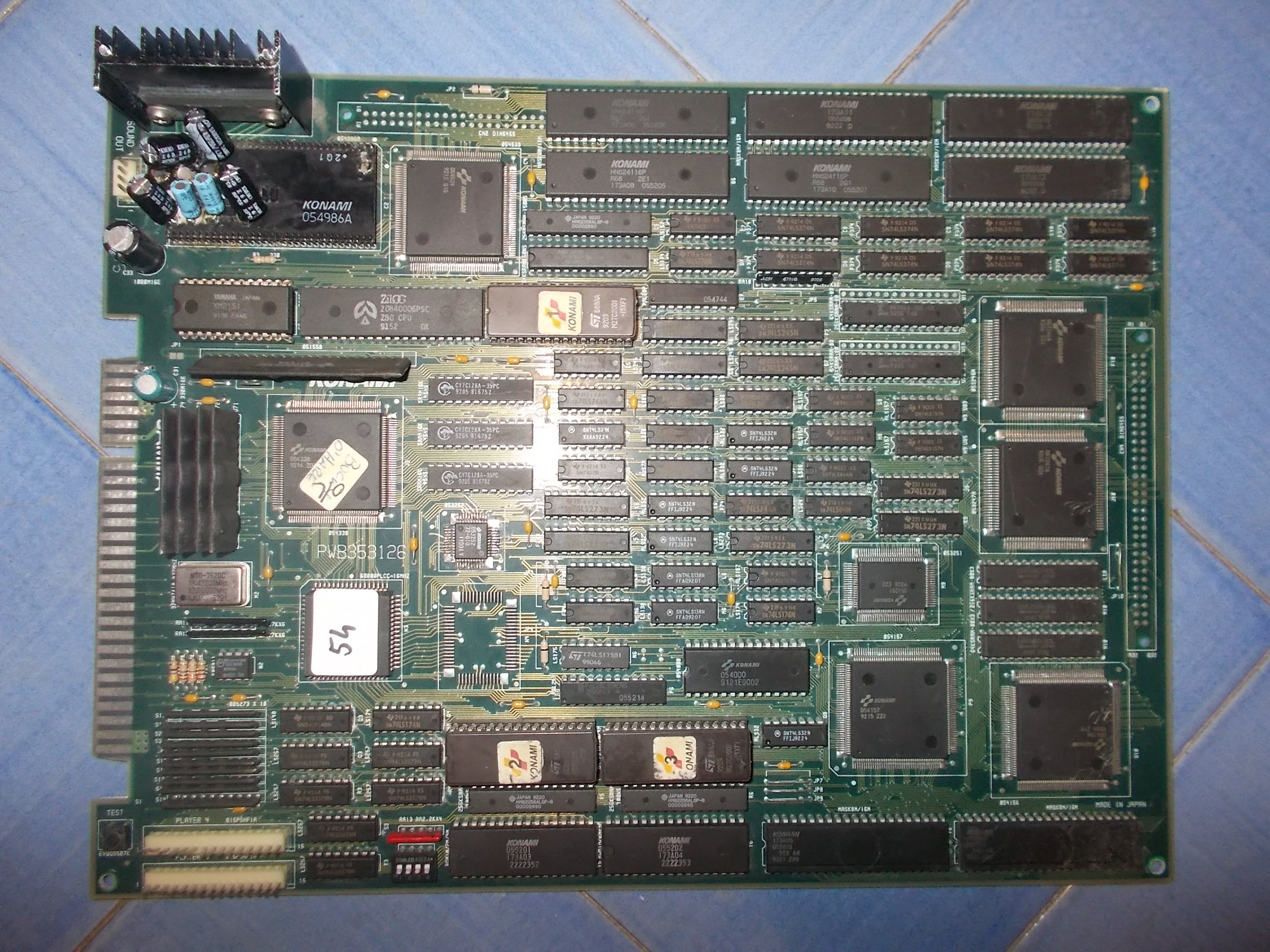 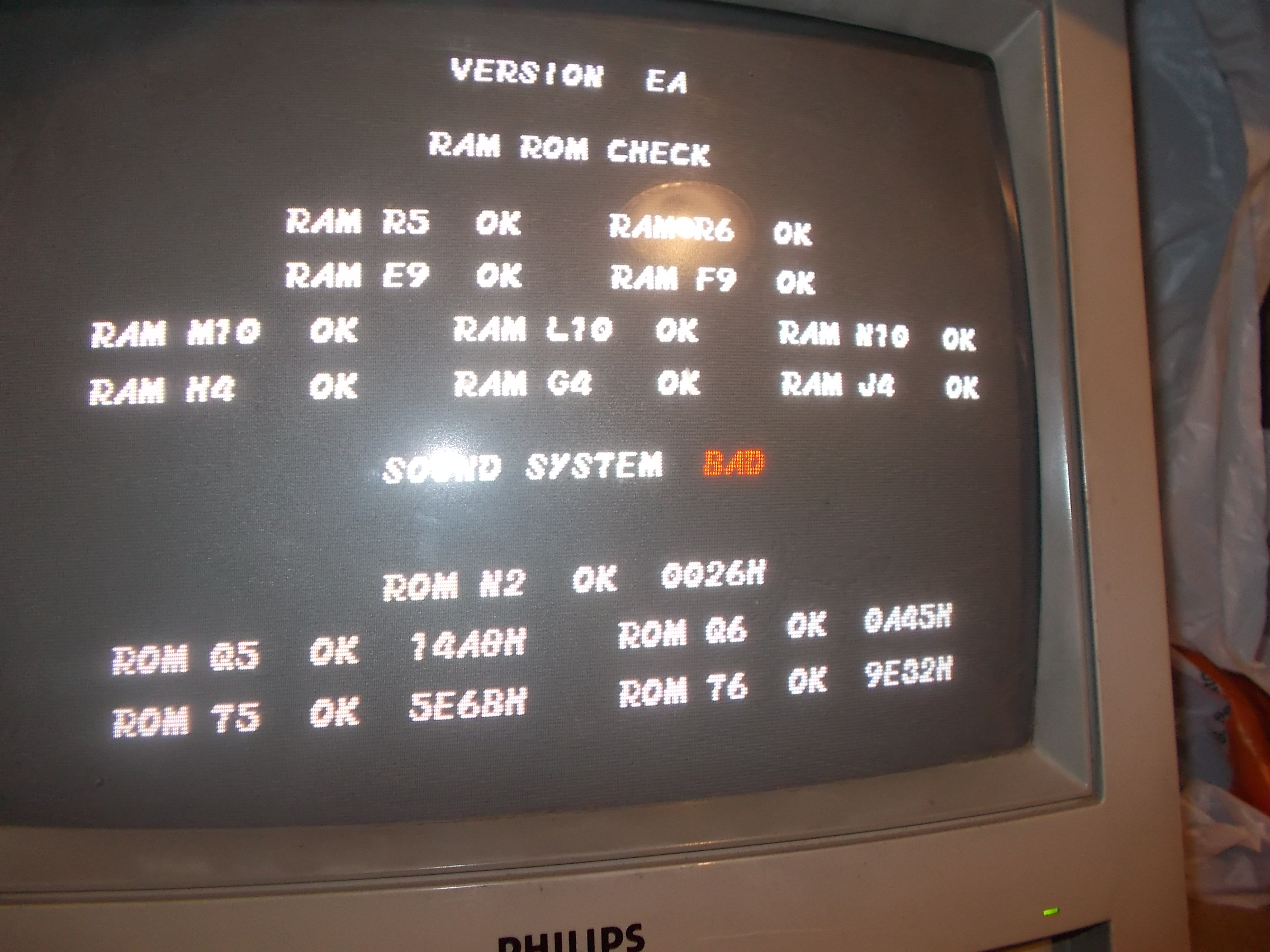 The sound system was previoulsy reworked : the YM2151 was socketed 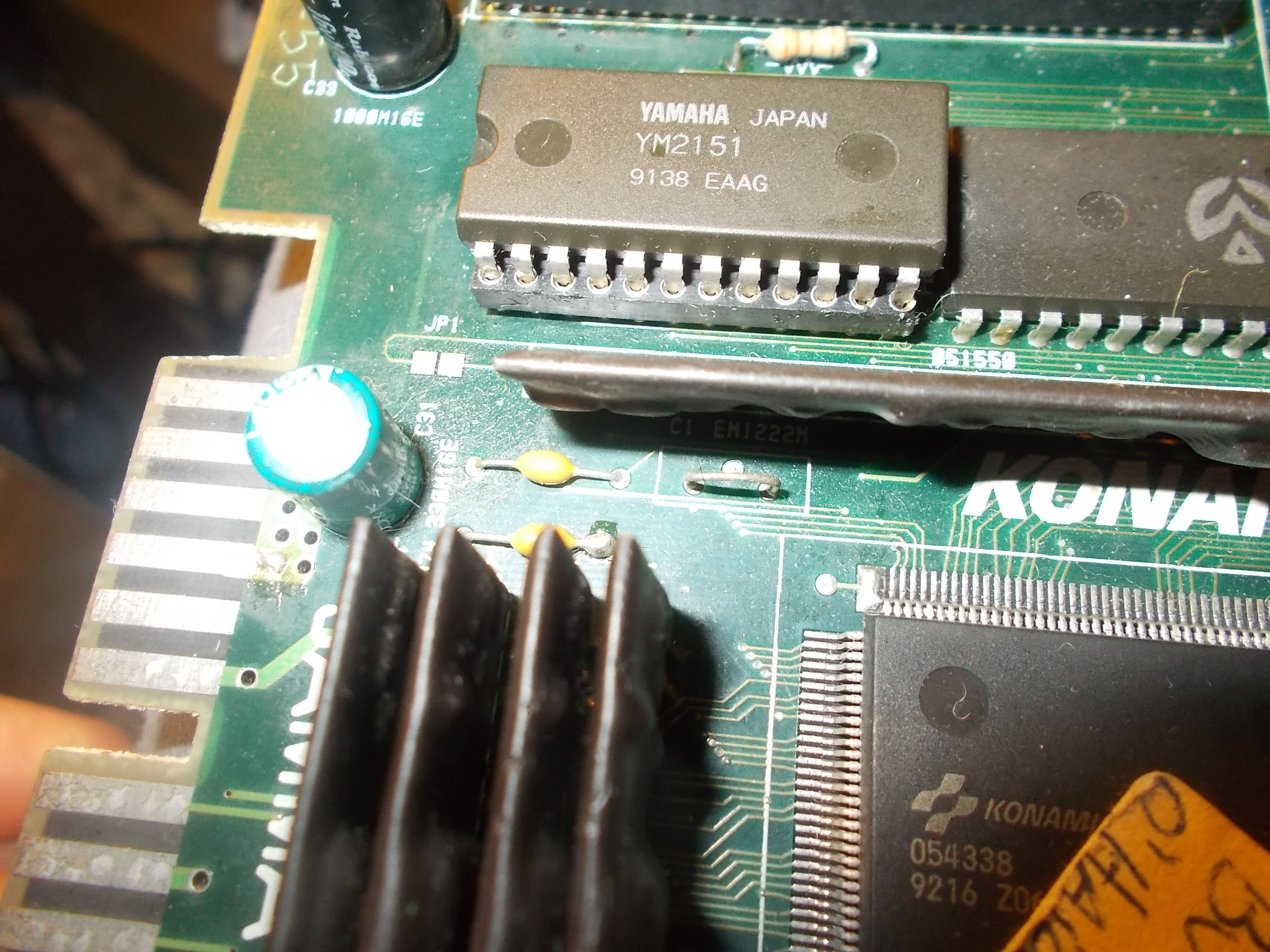 and the ‘054986A’ audio module had electrolytic capacitors replaced with thru-hole ones: 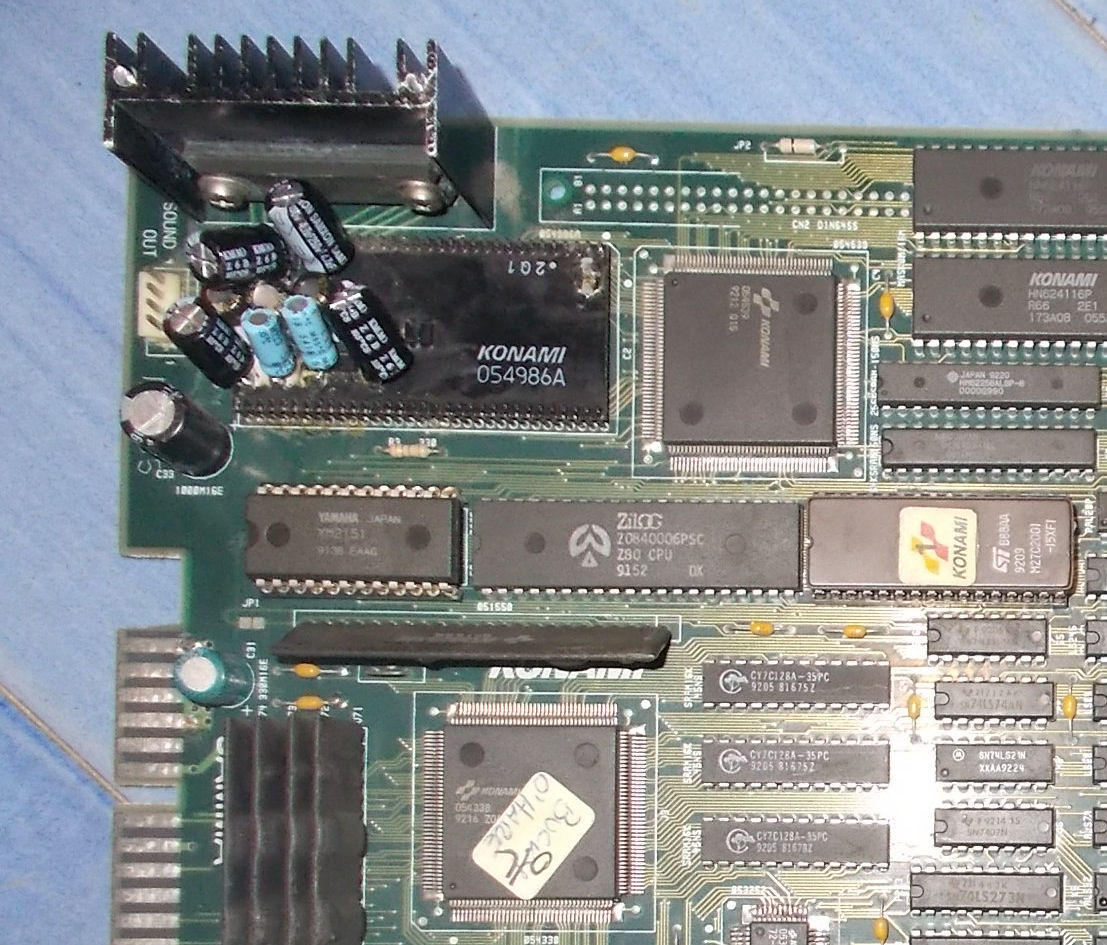 The solder side of the module showed signs of repairs too : 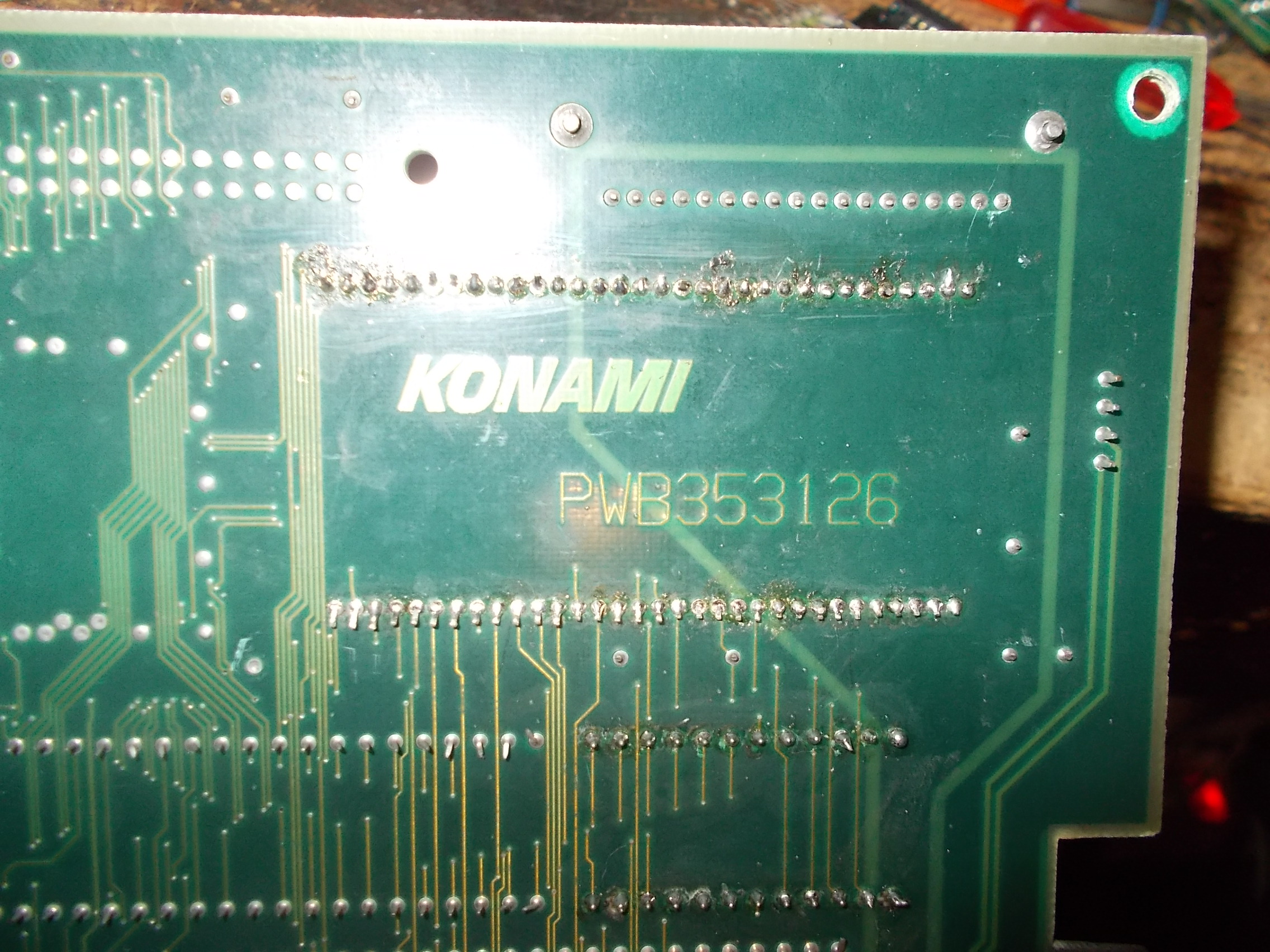 I suspected a broken trace underneath the module so I replaced it with a good one taken from a parts board.The error on POST changed to this : 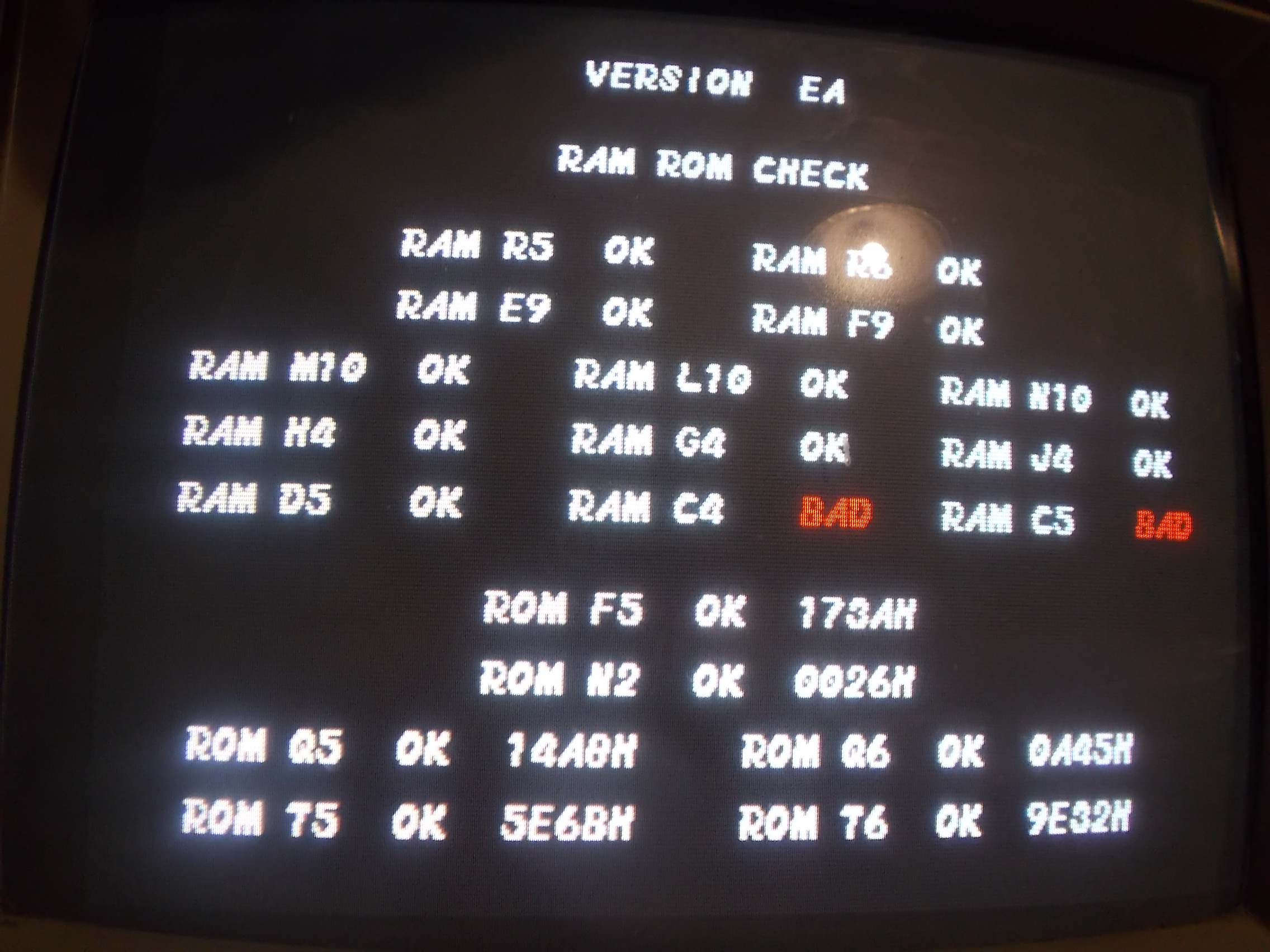 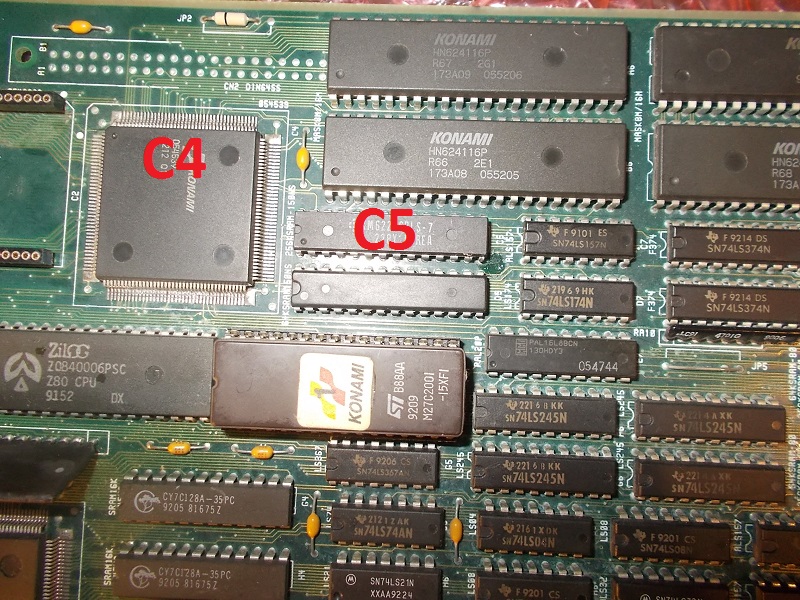 Probing the RAM revealed that data lines were all stuck high: 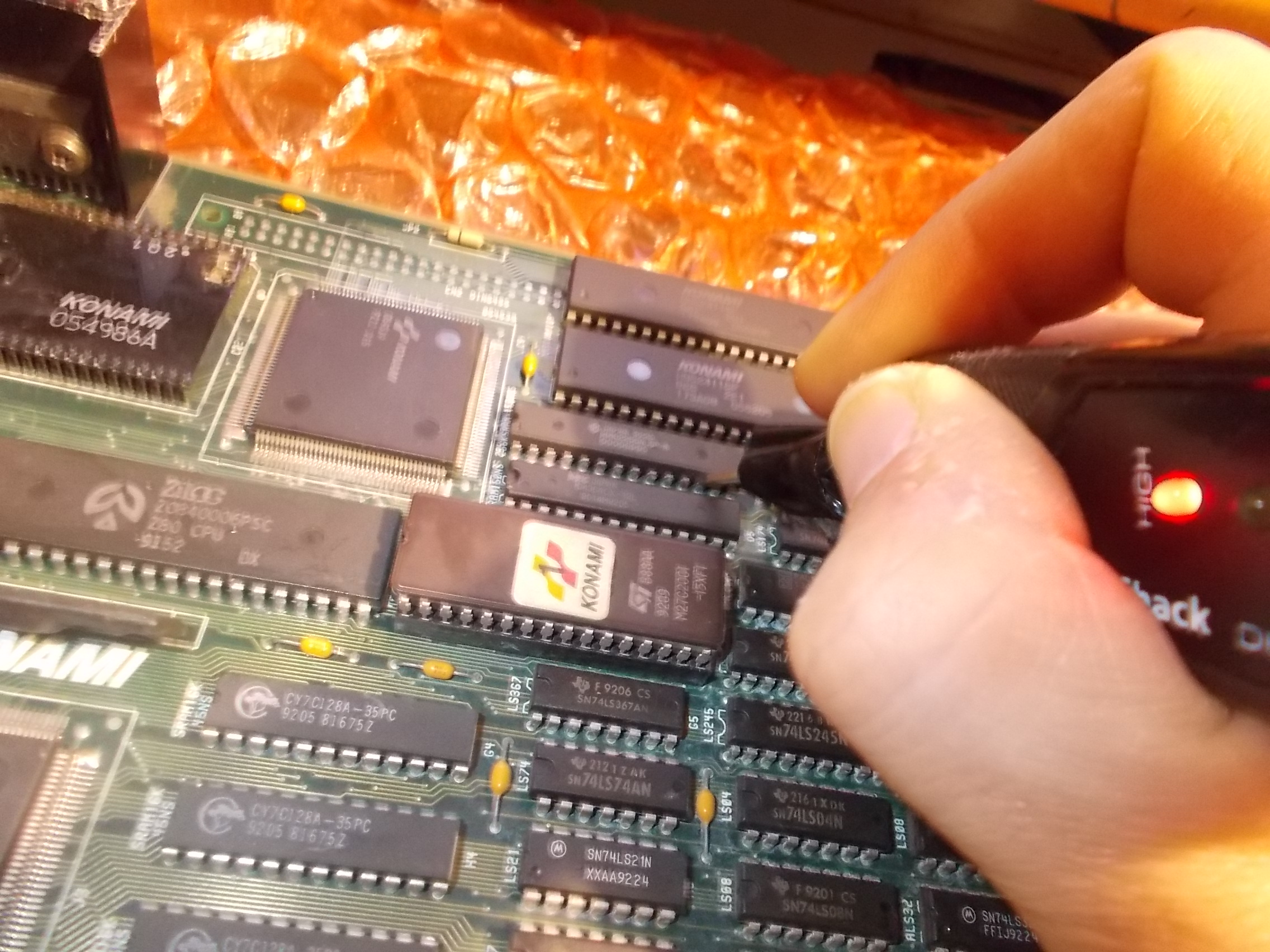 Piggybacking it had no effect so most likely the ‘054539’ ASIC was bad.I removed it: 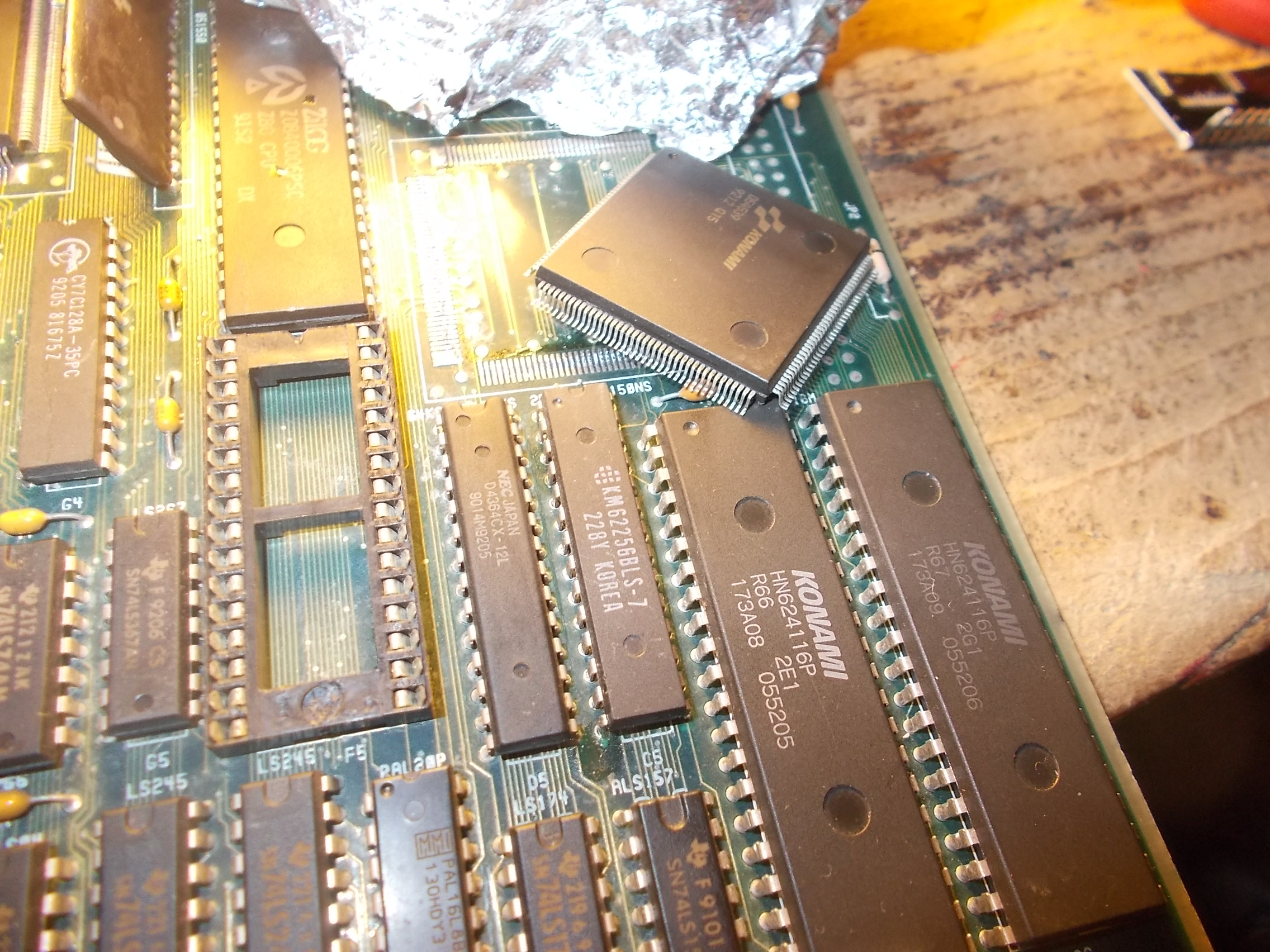 Soldered back a spare : 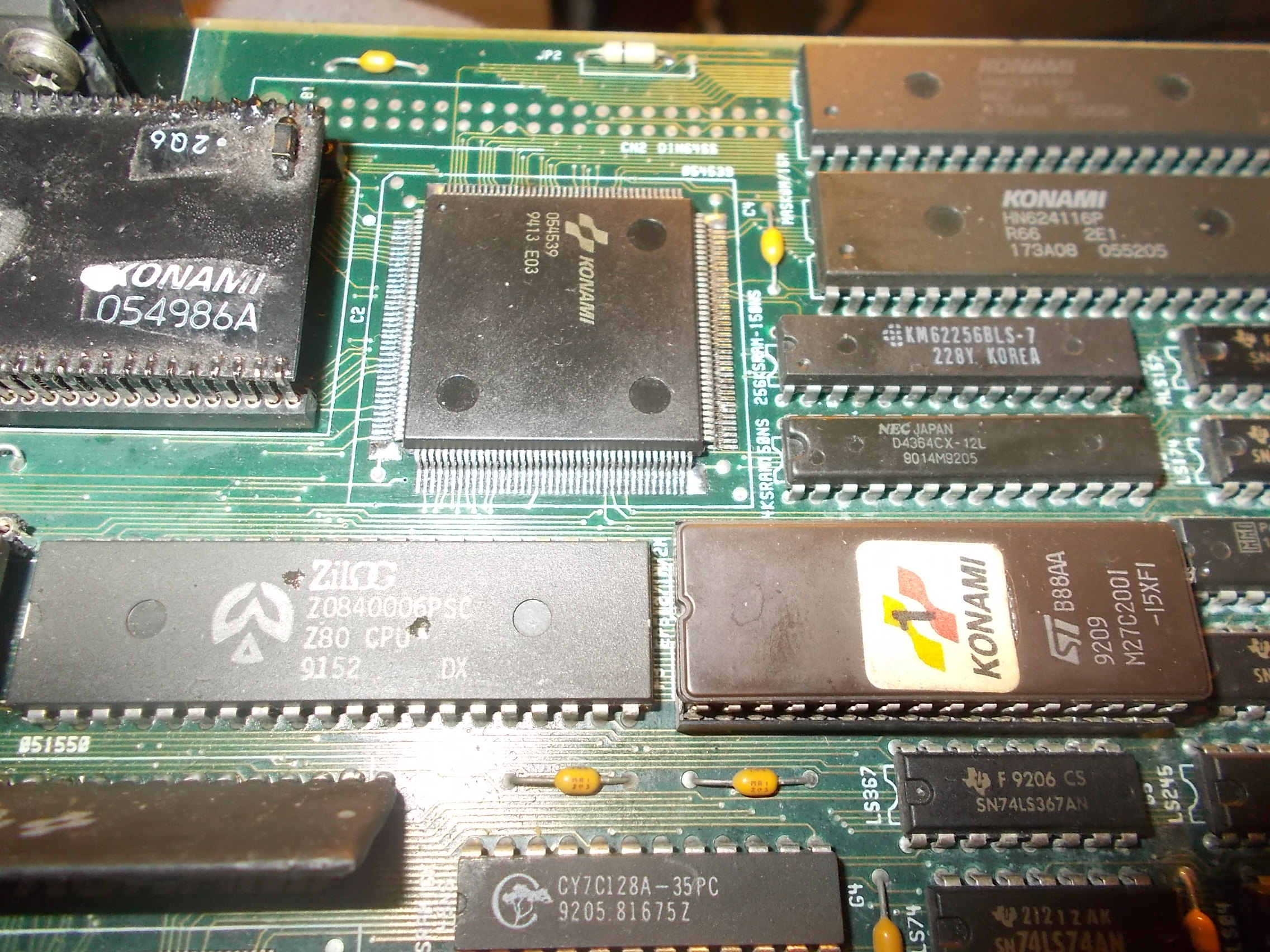 Board booted up fine and entered in game with no further issues.Another repair accomplished.