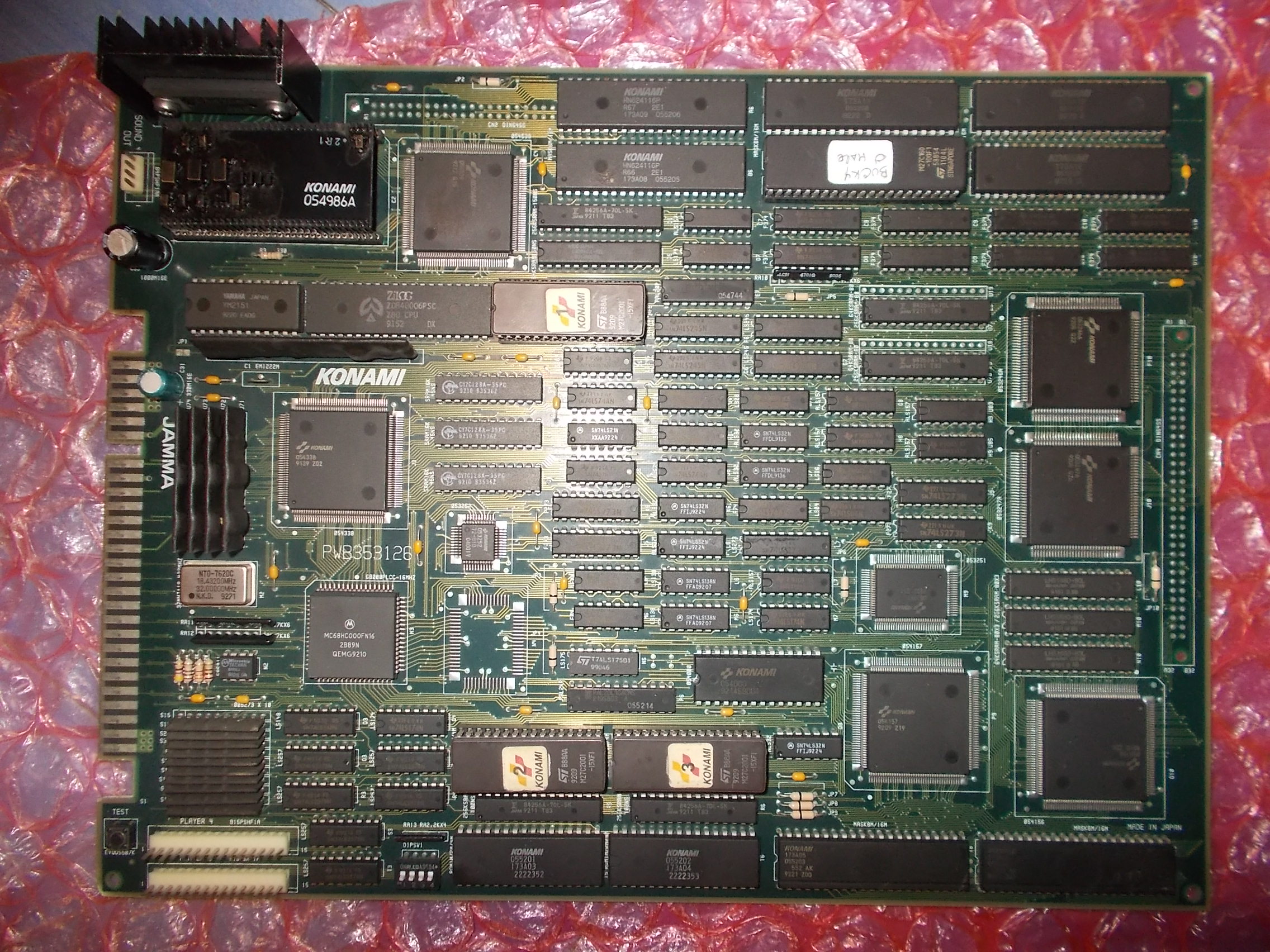 Owner told me the PCB developed some sound issue so he wanted the ‘054986A’ audio module replaced with a repro of mine.This is what I did but it didn’t cure the problem, the sound samples were corrupted and some of them missing too :

The MASK ROMs test reported two bad devices @A6 and B6: 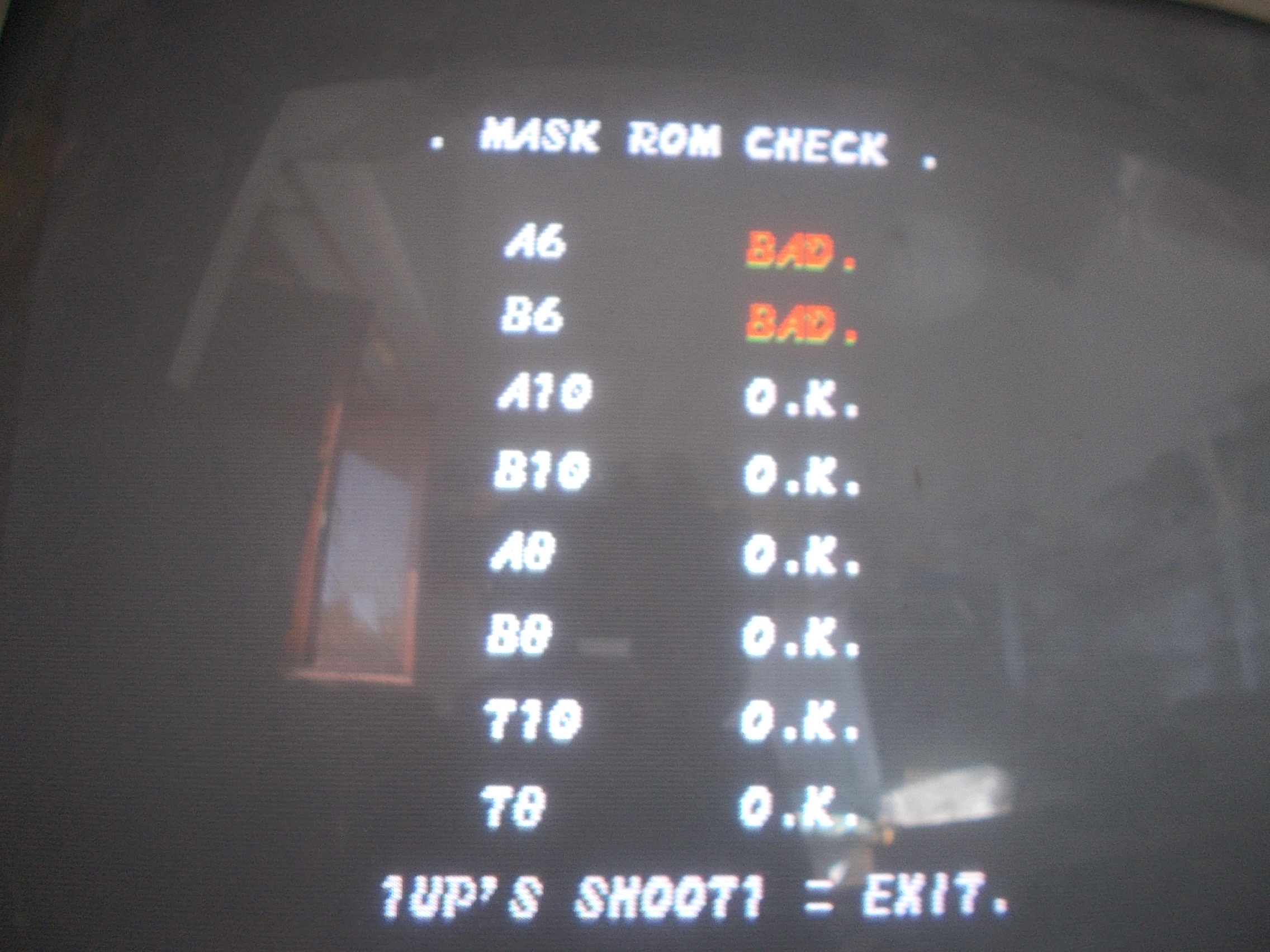 They are the 16Mbit MASK ROMs that stores PCM samples: 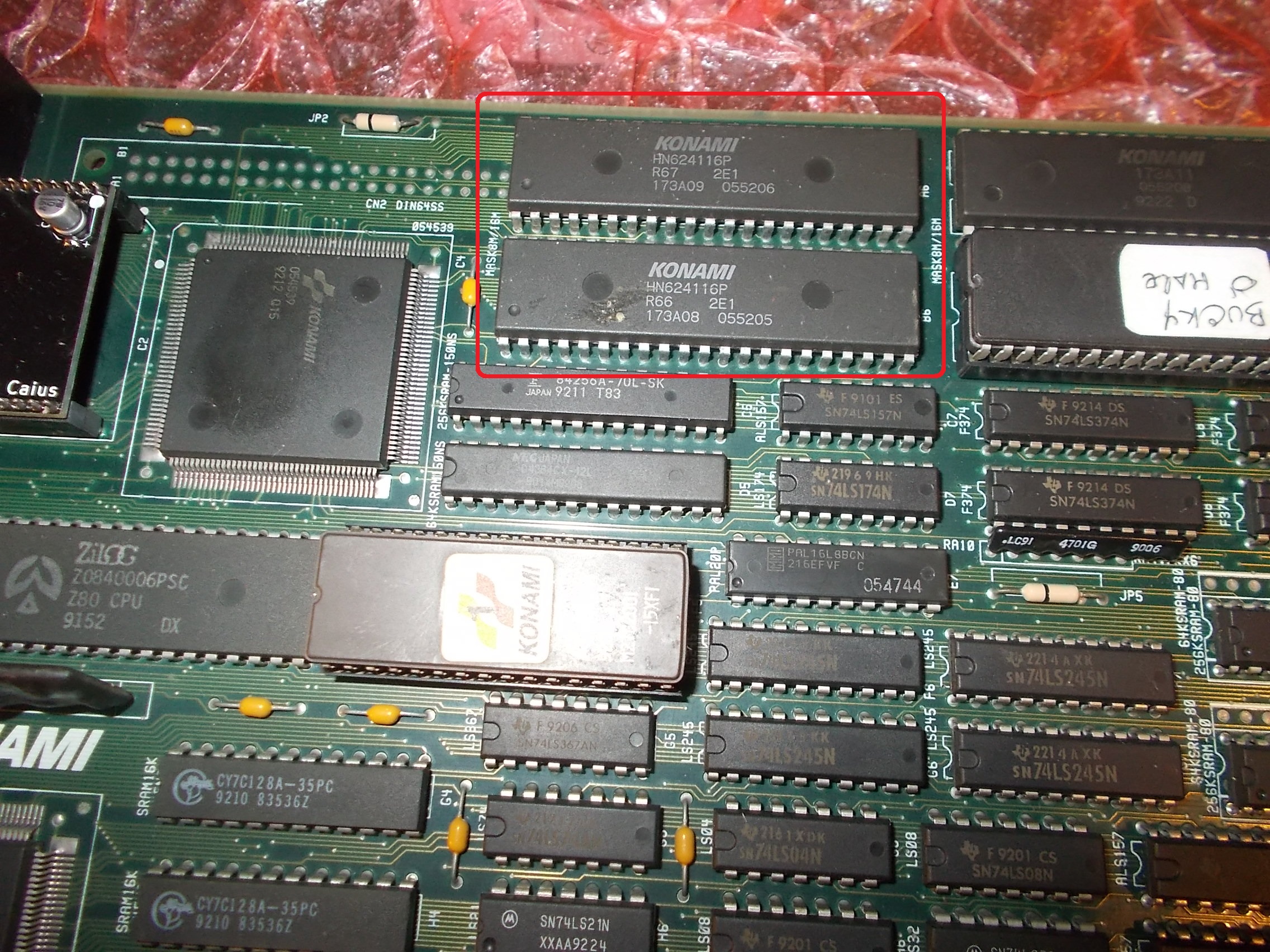 This wass unlikely but possible so I removed and read them resulting in good dumps.At this point there was nothing else to check, the PCM samples data are processed by the near custom ASIC marked ‘054539’ which was most likely faulty.I prepared the board and desoldered the chip with hot air :

Then cleaned the area and soldered the spare taken from a donor board:

Sound was back clear and complete again.End of repair.