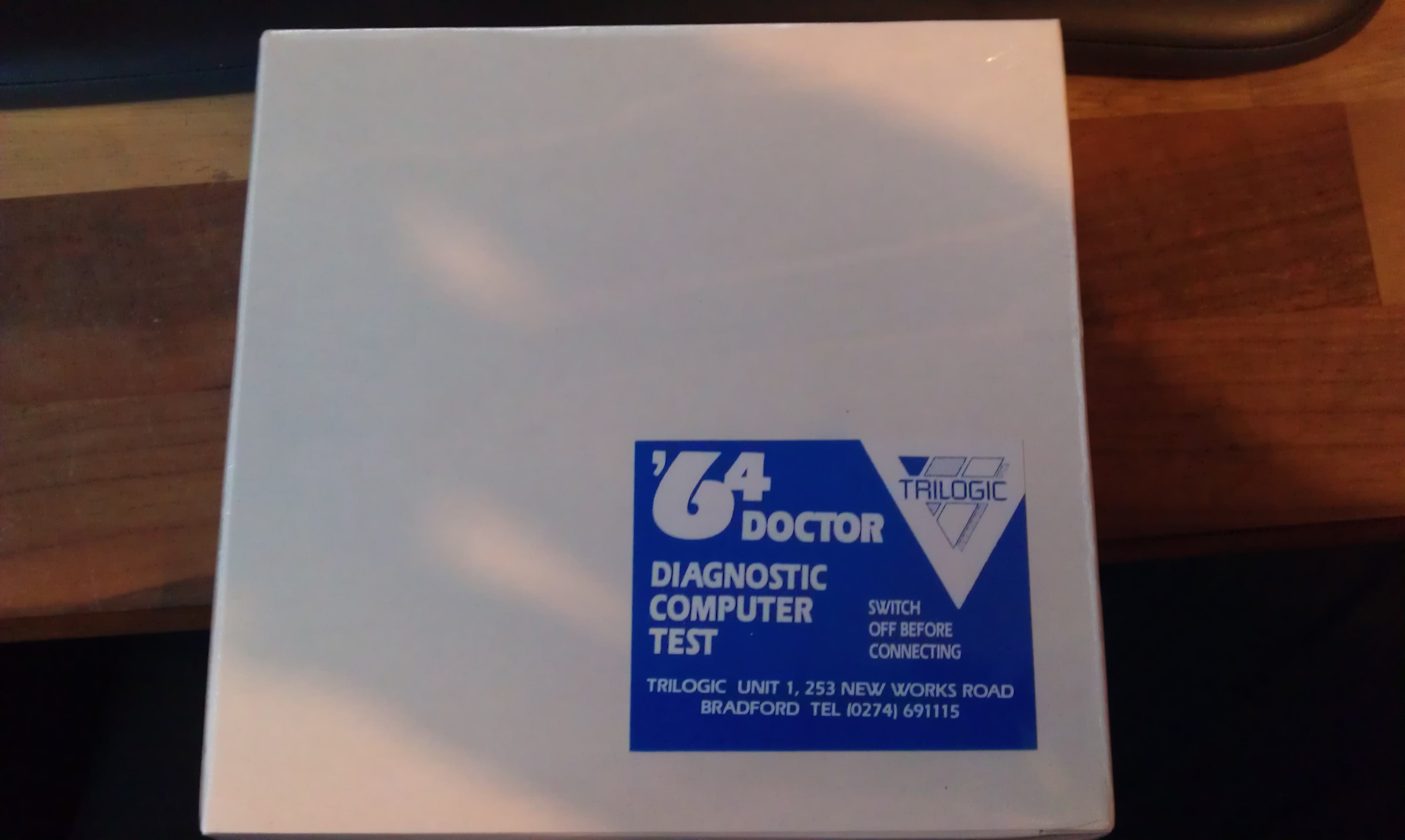 It was still sealed so was a little bit of a shame to open it but whats the point in that really?
The box included a cartridge, a user port device and a serial port device 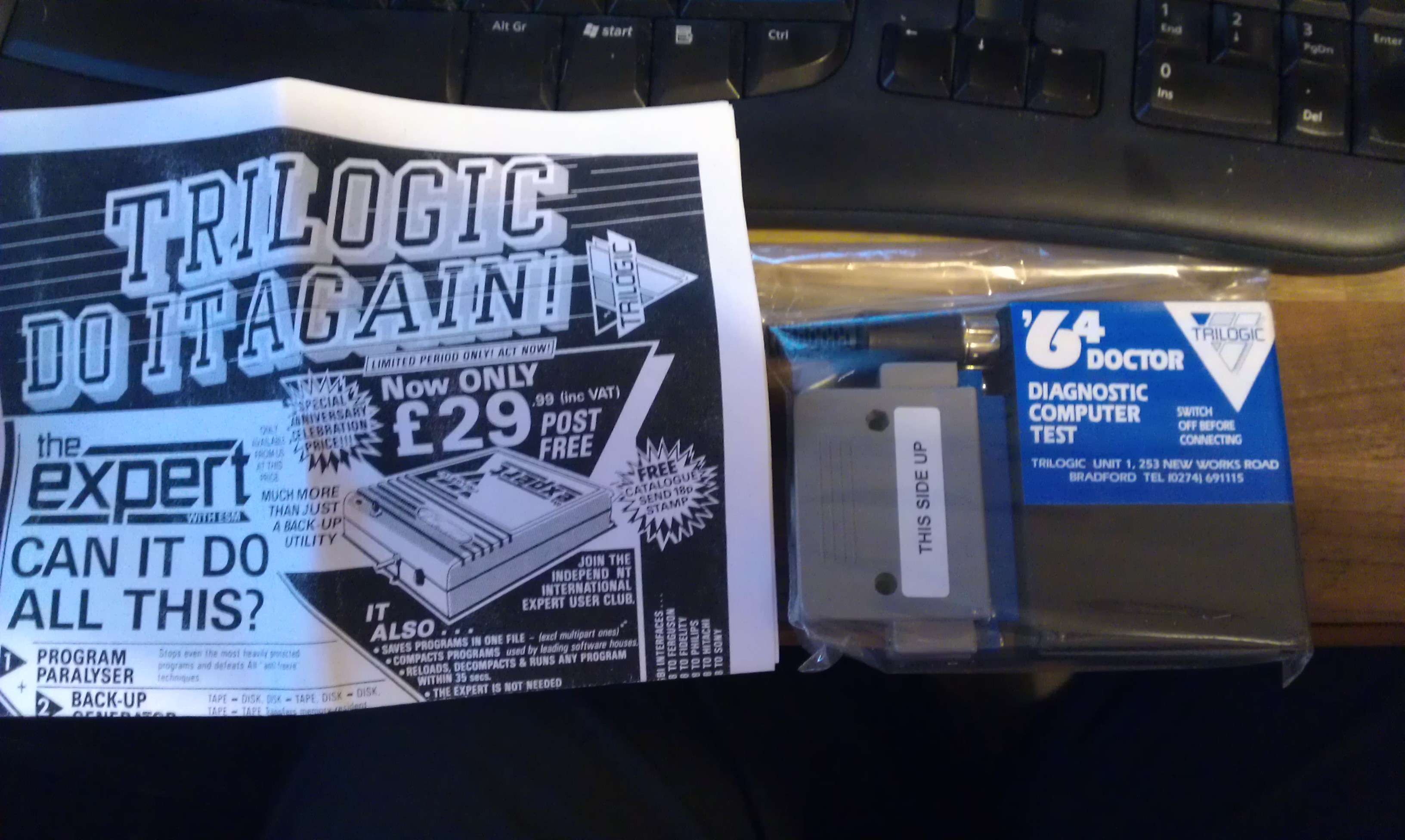 Since I love hardware I couldnt resist opening up the cartridge for a peek. Not sure what I expected to find, maybe something fancy and cool? Not likely. 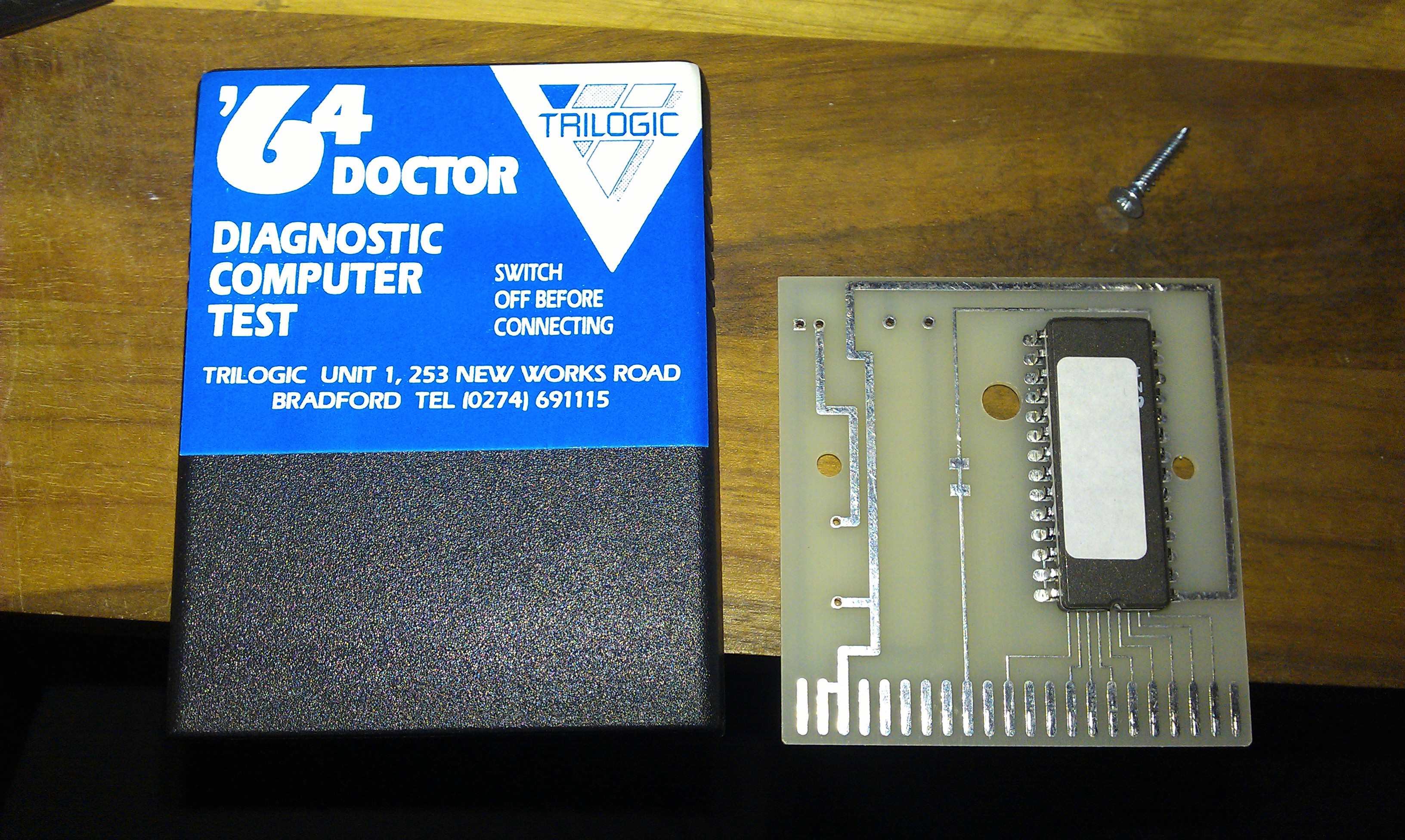 I tried to open the user port device up but the screws have been deliberately sheared but there is a hole at the top where you can see in and it just looks like a load of the lower contacts are soldered together, terminals B – M according to the allpinouts.org.
One strange quirk about this adapter is it doesn’t fully fit into the user port due to the size of the case the edge connector is housed in, you have to kind of mash it in and hope for the best.

The serial port device is also the same but am unable to make out whats connected yet but its very easy to make your own up.
Running the cartridge brings up a nice keyboard test screen where you can press each key on the keyboard and it lights up the relevant key pressed 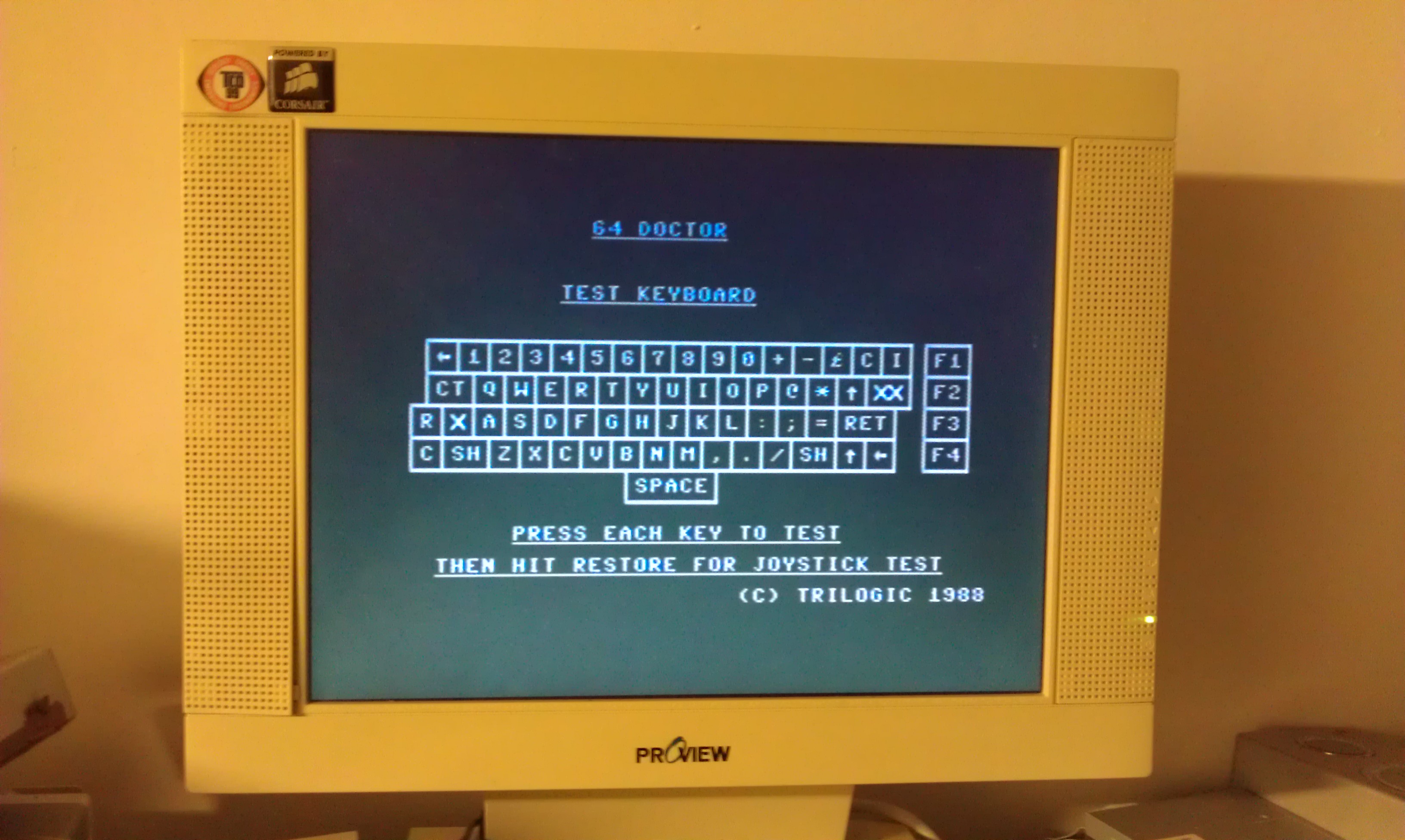 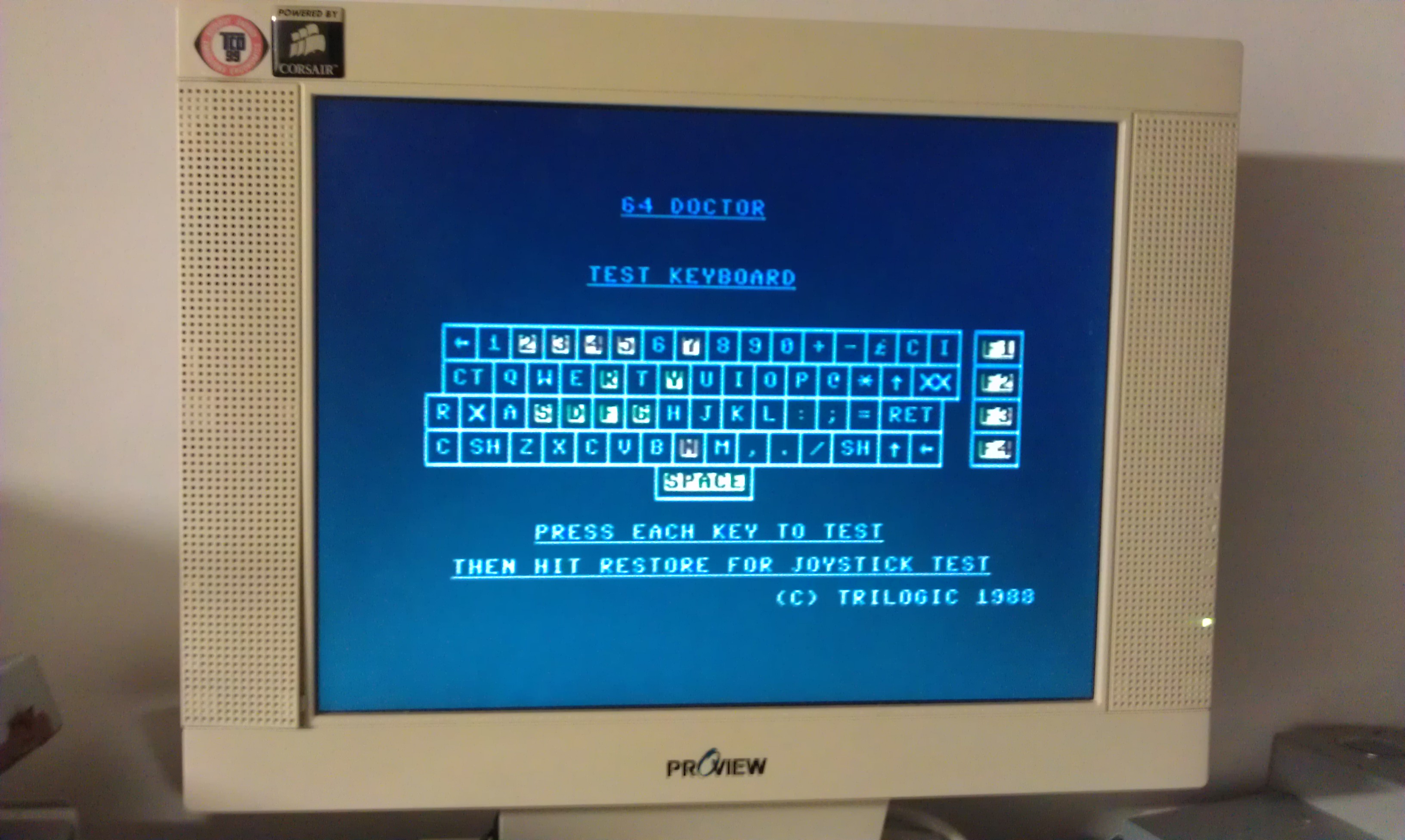 Pressing the RESTORE key moves on to the Joystick test 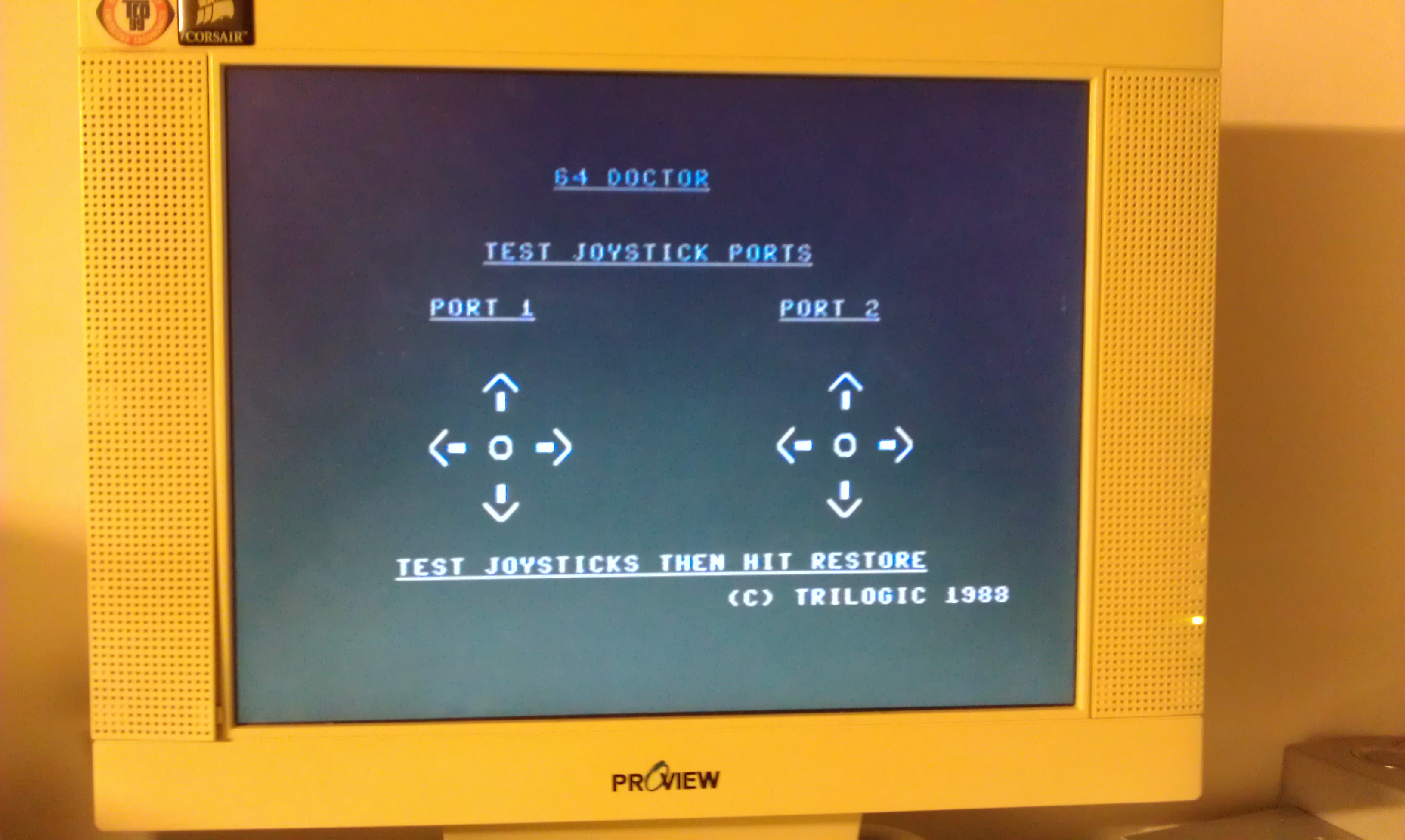 And finally onto the computer checks 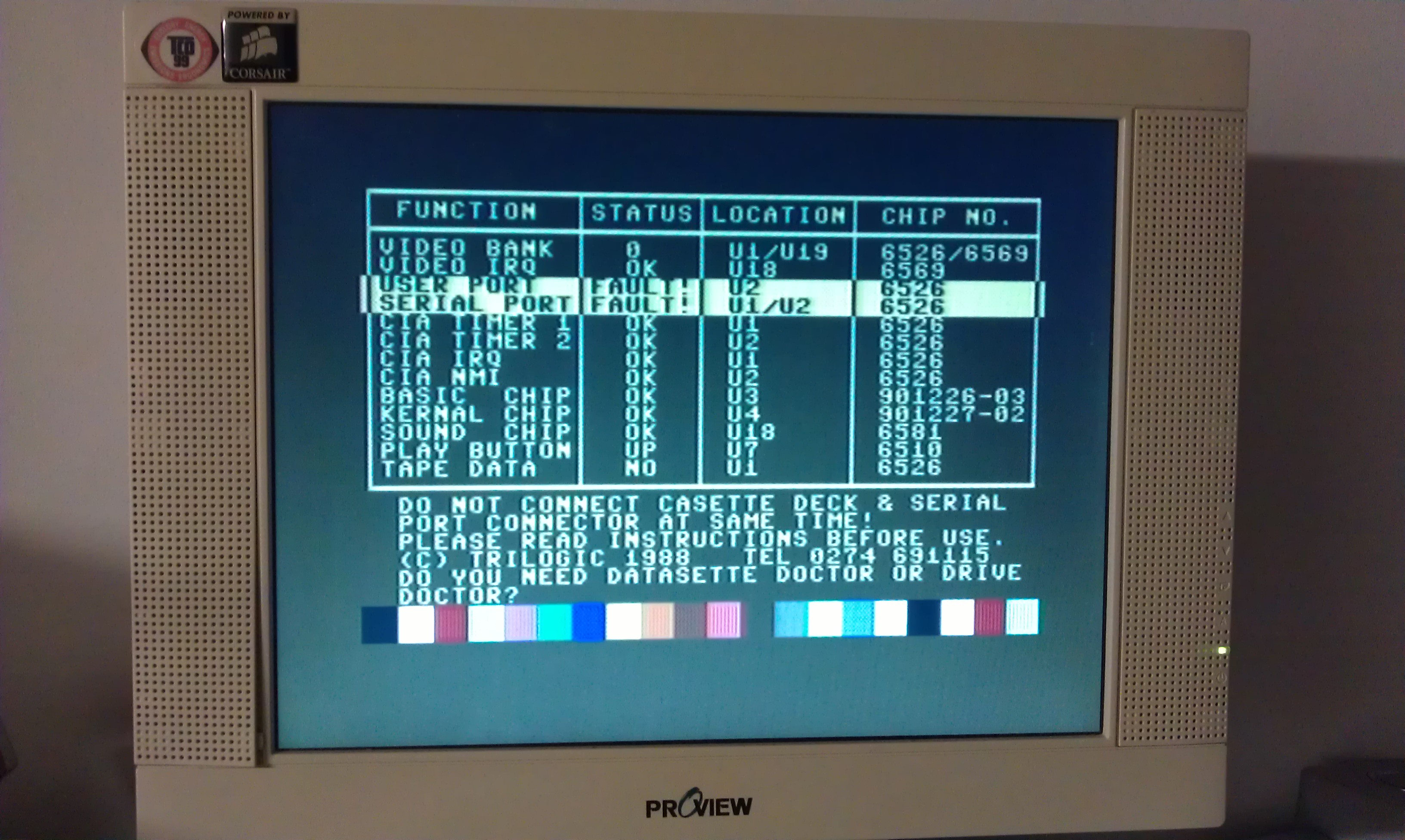 I didnt have any of the adapter devices plugged in here but they do work, whether they prove anything or not in the event of a real failure remains to be seen.

The manual is pretty informative containing possible problems for each error very similar to the superb info Ray Carlsen has on his site.
There is also a load of order forms for different “Doctor” products for the C64

After a few seconds of google searching I found a ROM dump for this cartridge so it is entirely possible to make up a set of your own should you feel the need to.