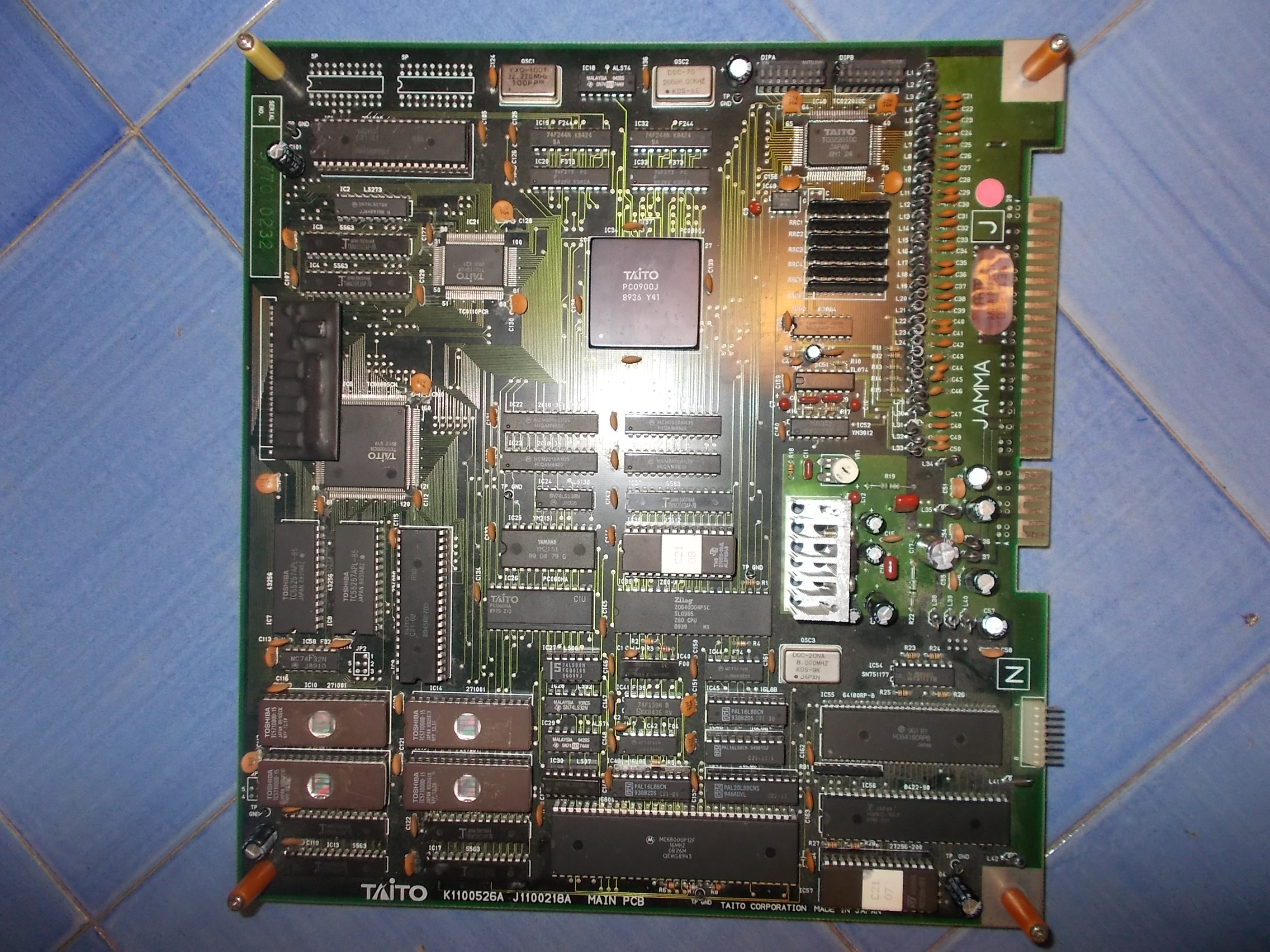 Board was stuck on a garbage screen : 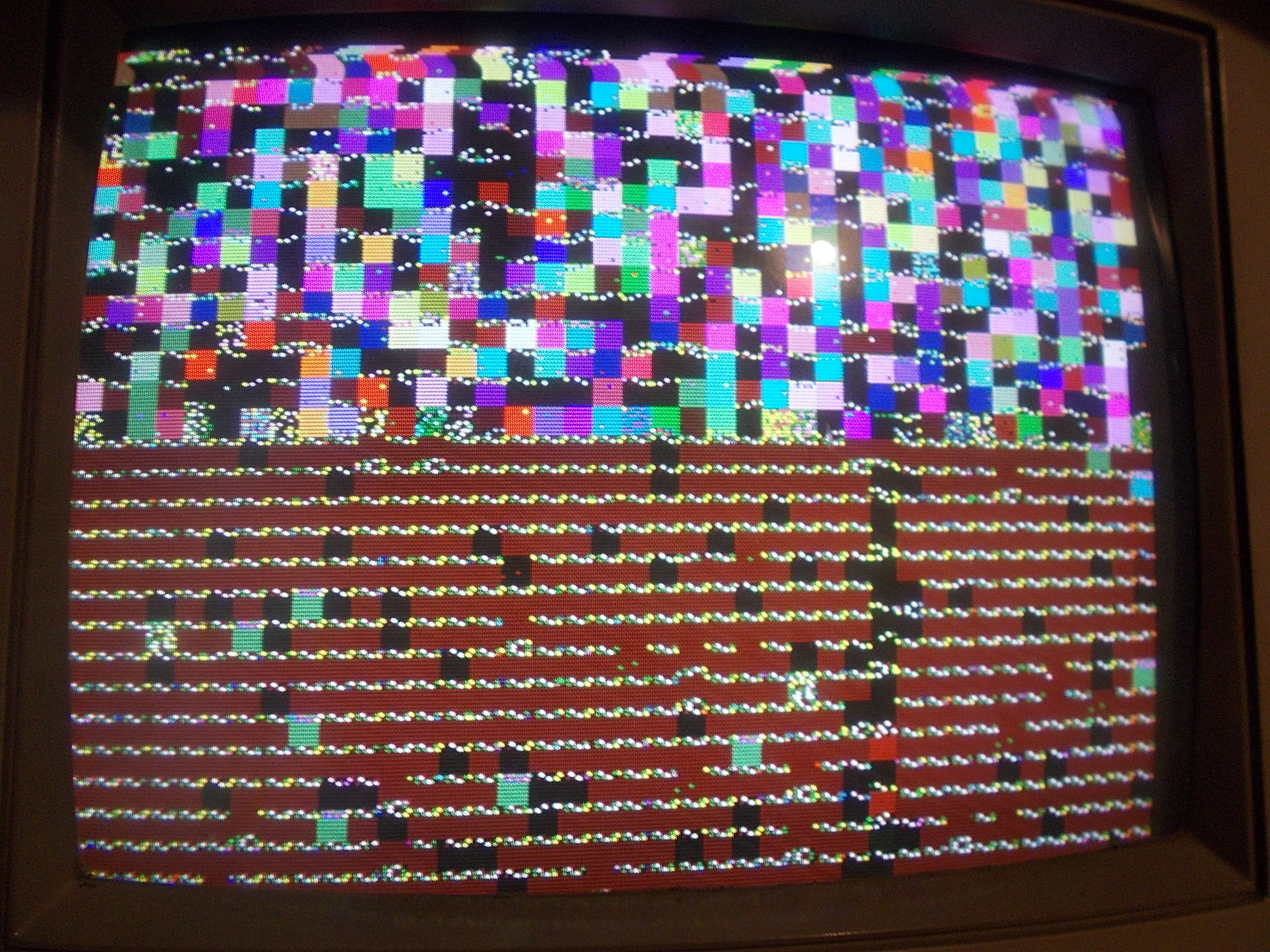 A clicking sound suggested that the watchdog circuit was active, infact both /HALT and /RESET lines of 68000 main CPU were going LOW and HIGH in an endless loop.At first glance I thouhgt the Taito custom ‘TC00220IOC’ (responsible of generating the master reset for whole system) was faulty since this is a very prone to failure part : 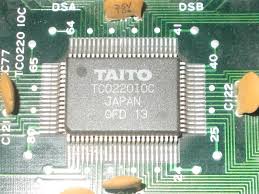 But I was wrong since I replaced it with no changes.Probing the 68000 CPU I found that data line D0 (pin 5) was stuck low, using a multimeter revealed it was shorted to ground: 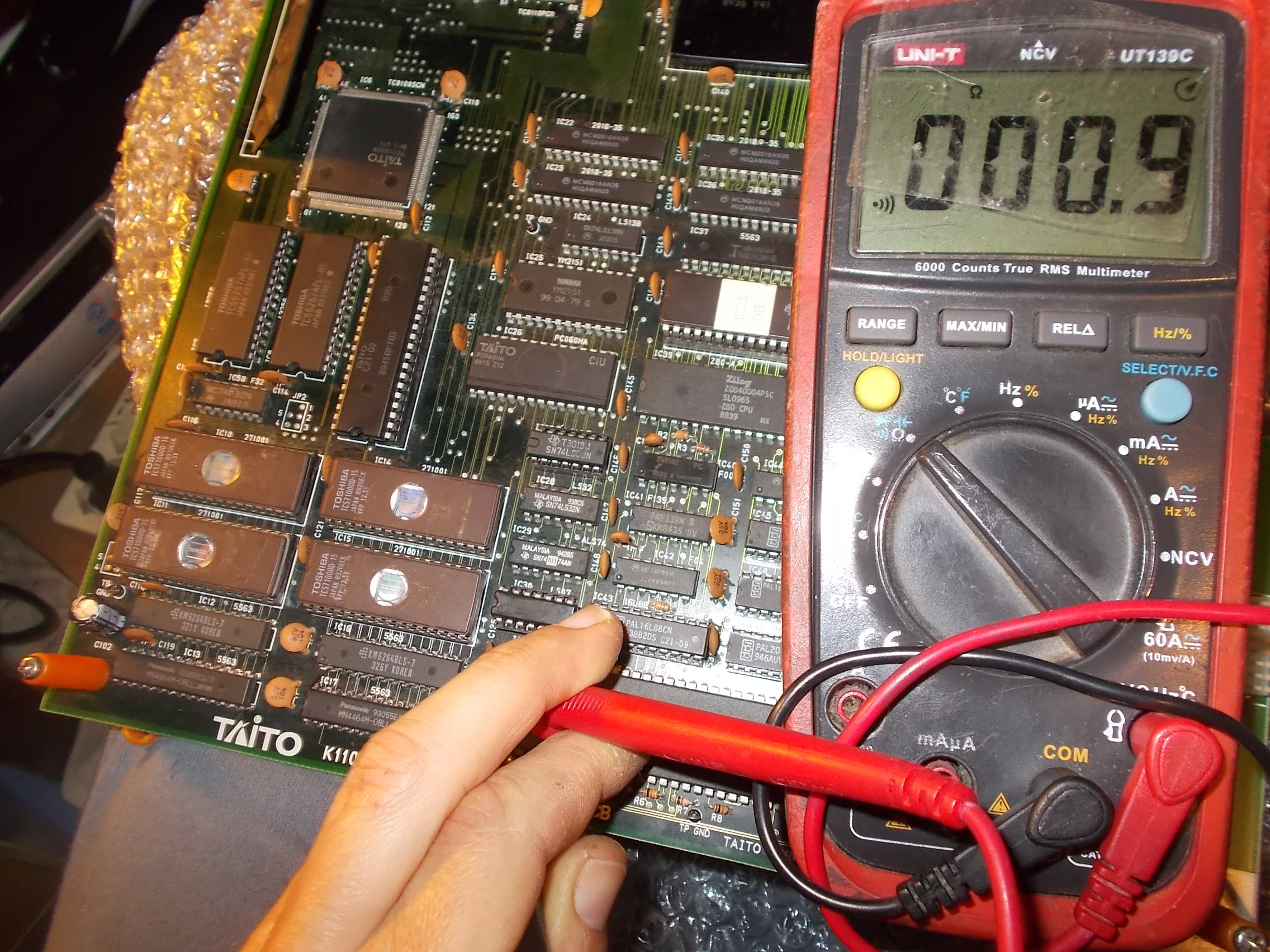 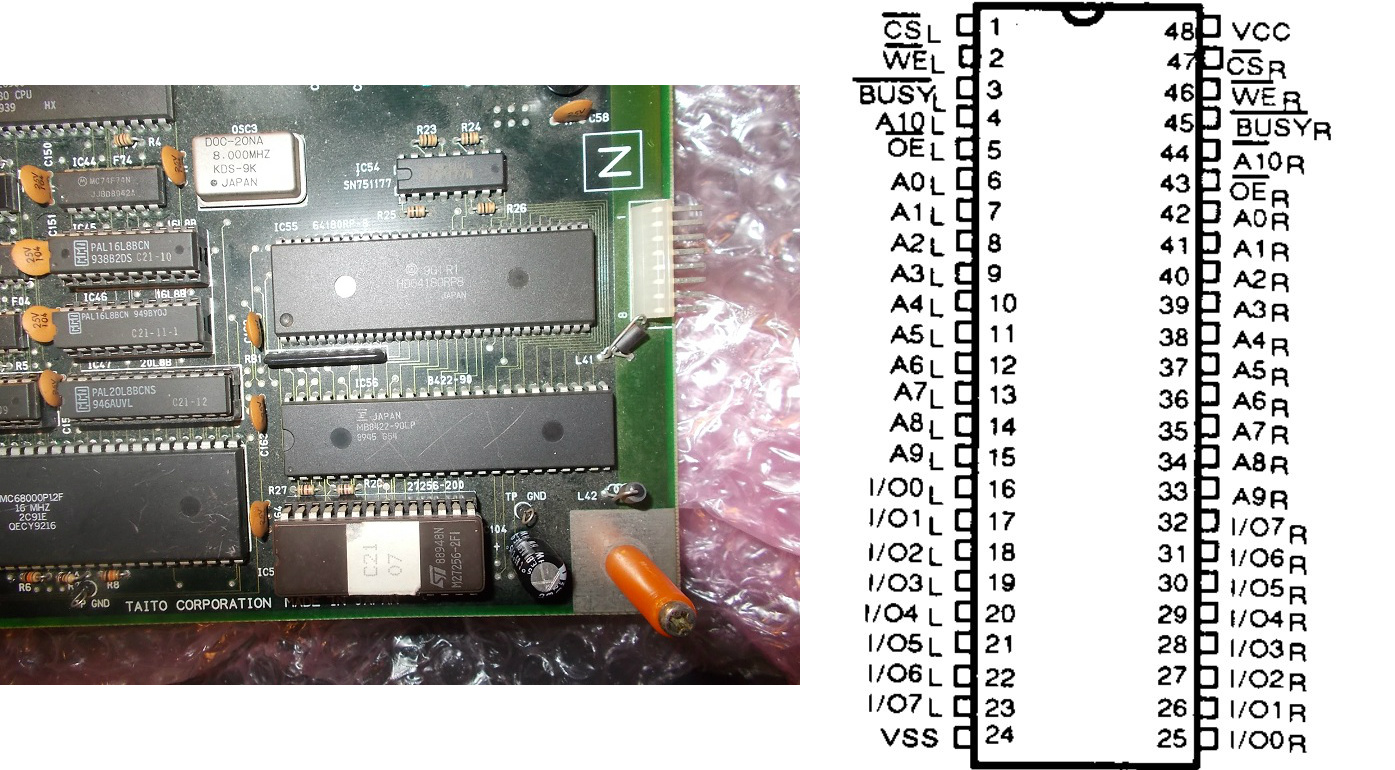 I cut the trace and the short was cleared (so the I/O pin of the MB8422 was internally shorted).Finally board booted into game: 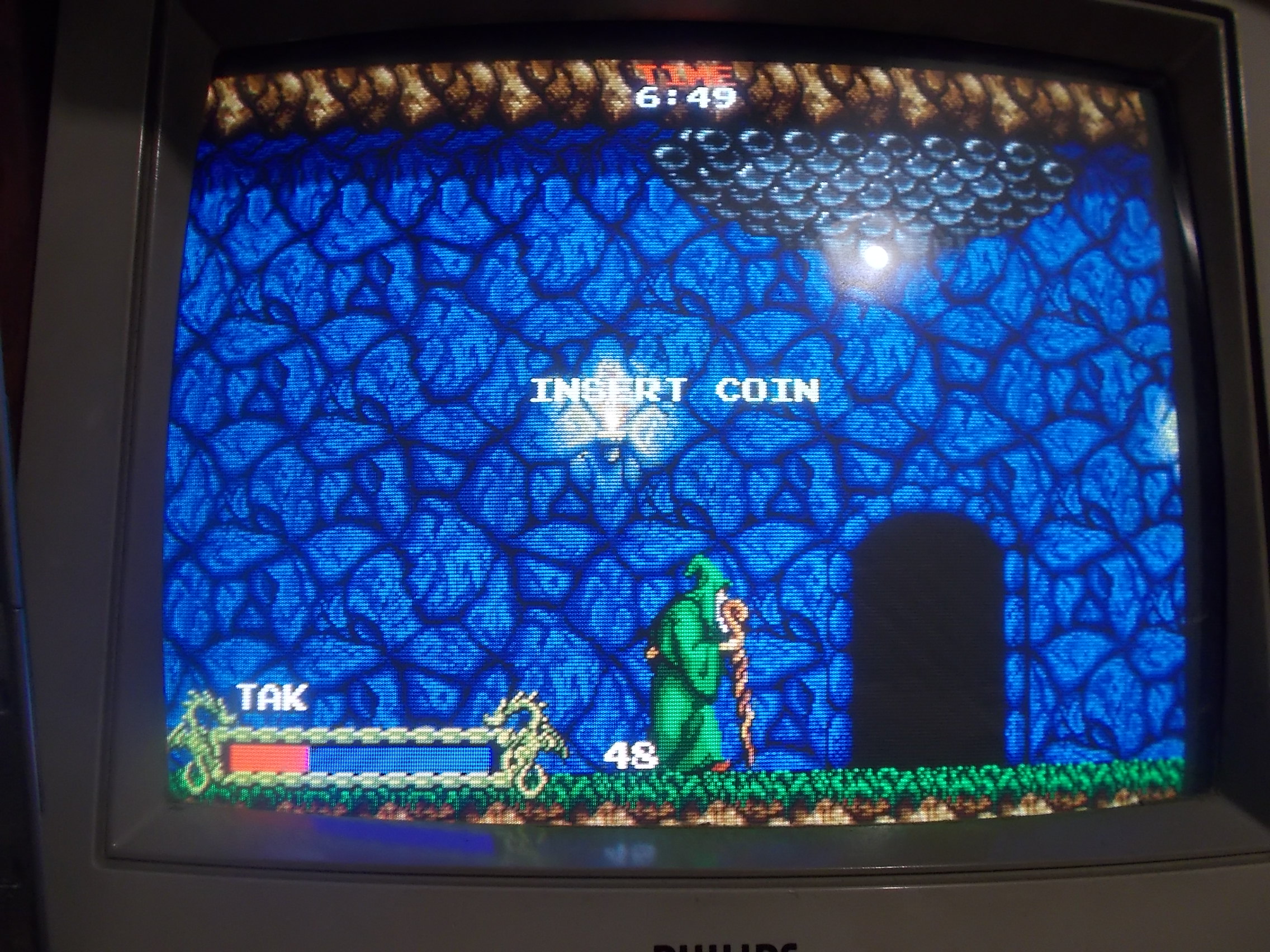 But I noticed two problems : the buttons of the Player 1 were not responding and sound had rustles, you can hear it from this video :

As for first issue, using a logic probe revealed the relevant pins of JAMMA edge connector were stuck LOW : 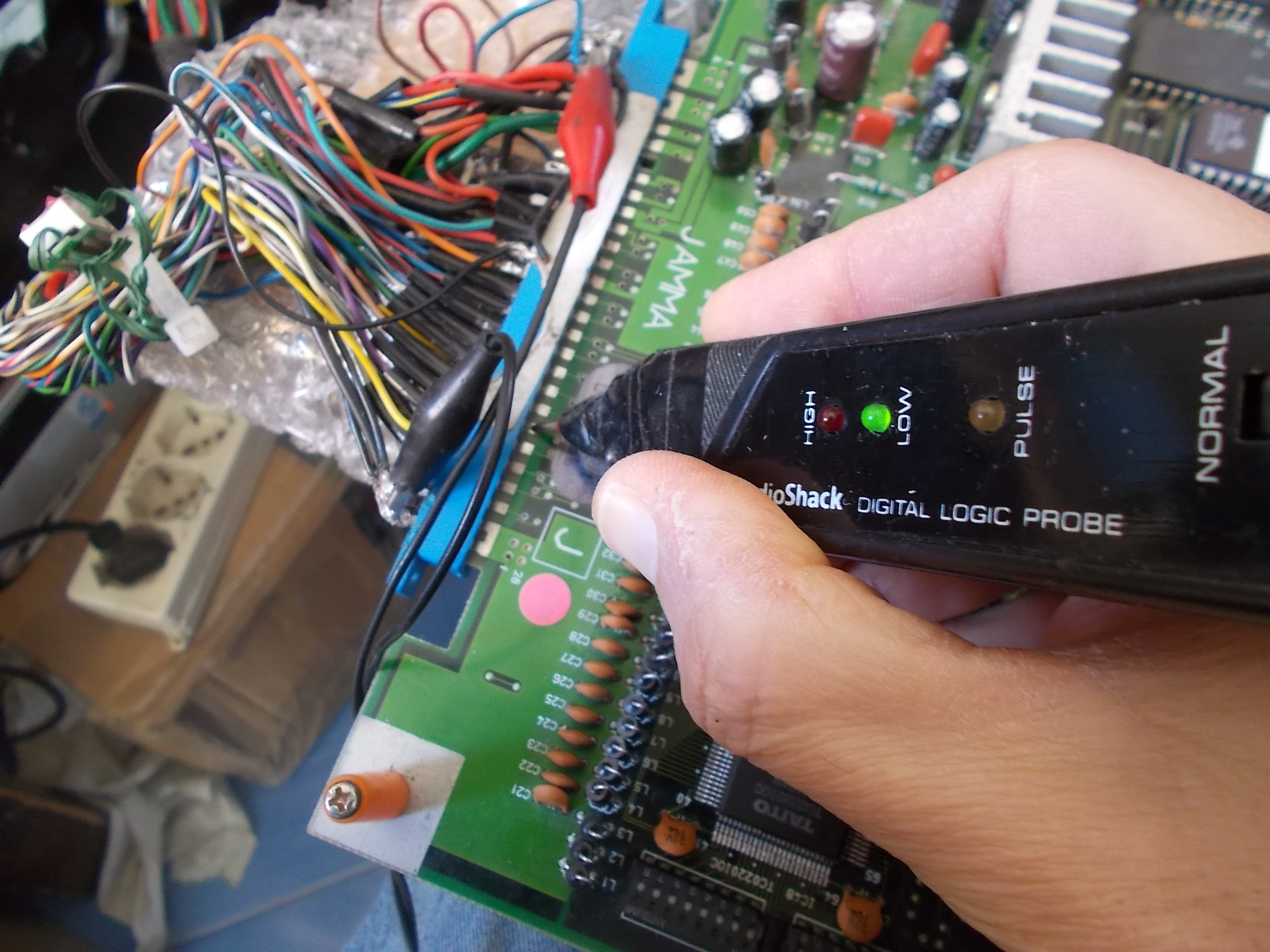 Inputs of an arcade board  must be HIGH when not activated, they are usually pulled in this state by resistors.Indeed, tracing back the pins of the three P1 buttons from JAMMA connector lead me to some custom resistor network: 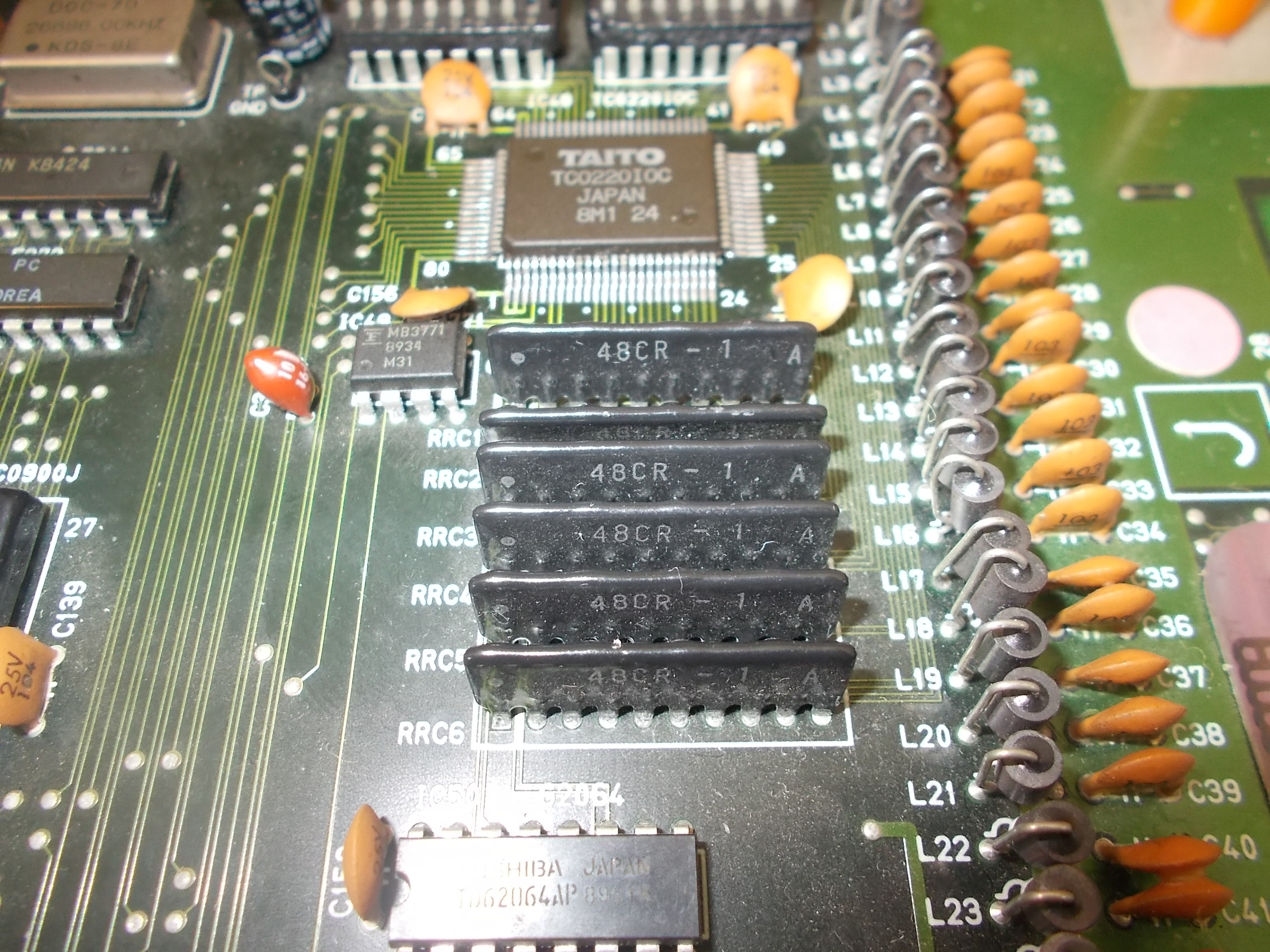 The array @RRC1 was the one involved so I removed and replaced it, this fixed the controls issue.As for sound, using an audio probe I figured out that the bad audio was coming out from the TL074 OP-AMP from Texas Instruments (which are really prone to failure, have replaced tons of them) 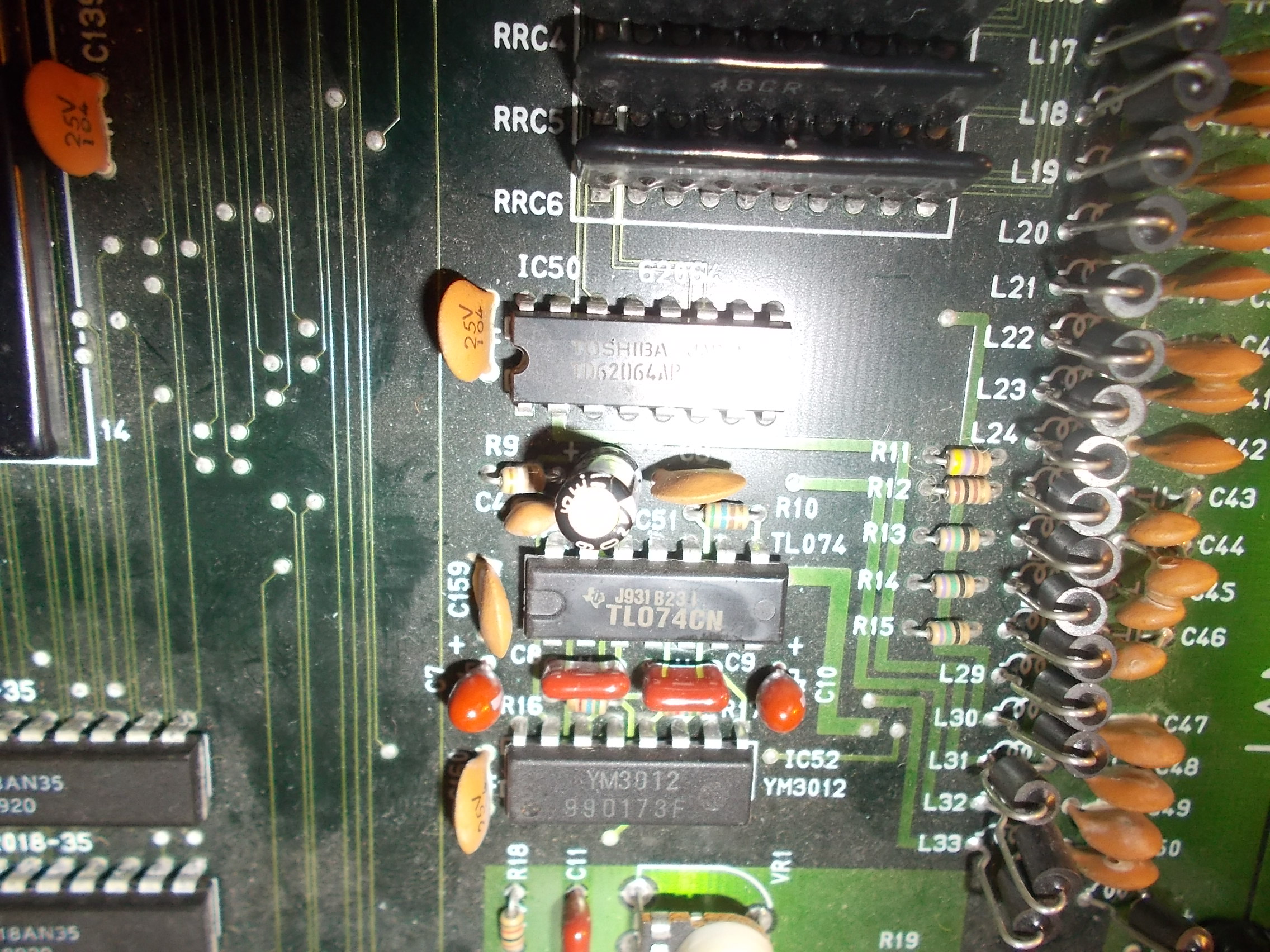 Replacing it restored a crisp sound.End of job