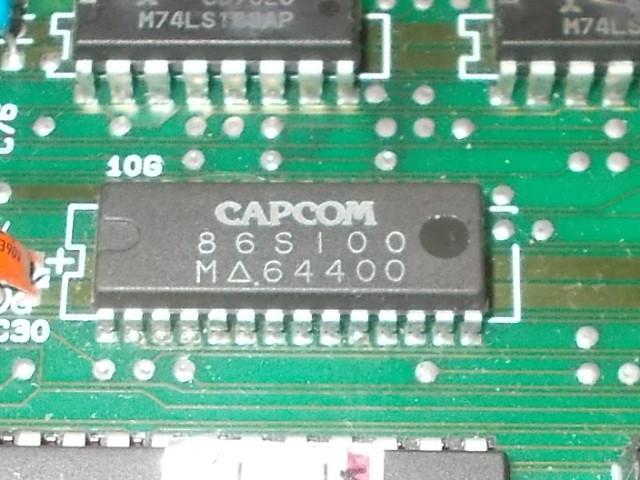 Sometimes you can find it under different part name but same functions, like on a Mad Gear PCB : 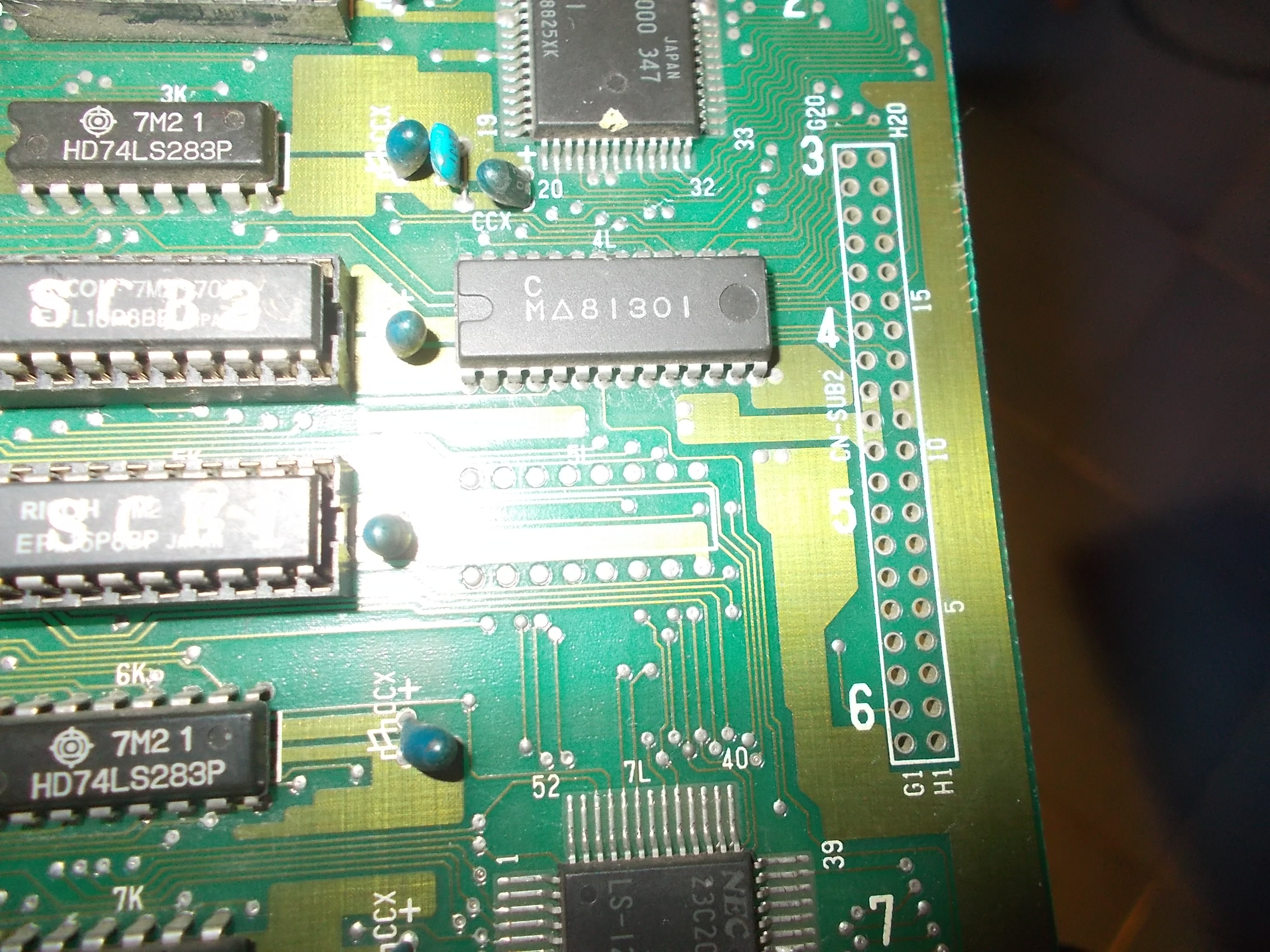 This custom IC is involved in graphics generation being directly connected to data bus of the GFX ROMs as shown on Bionic Commando schematics: 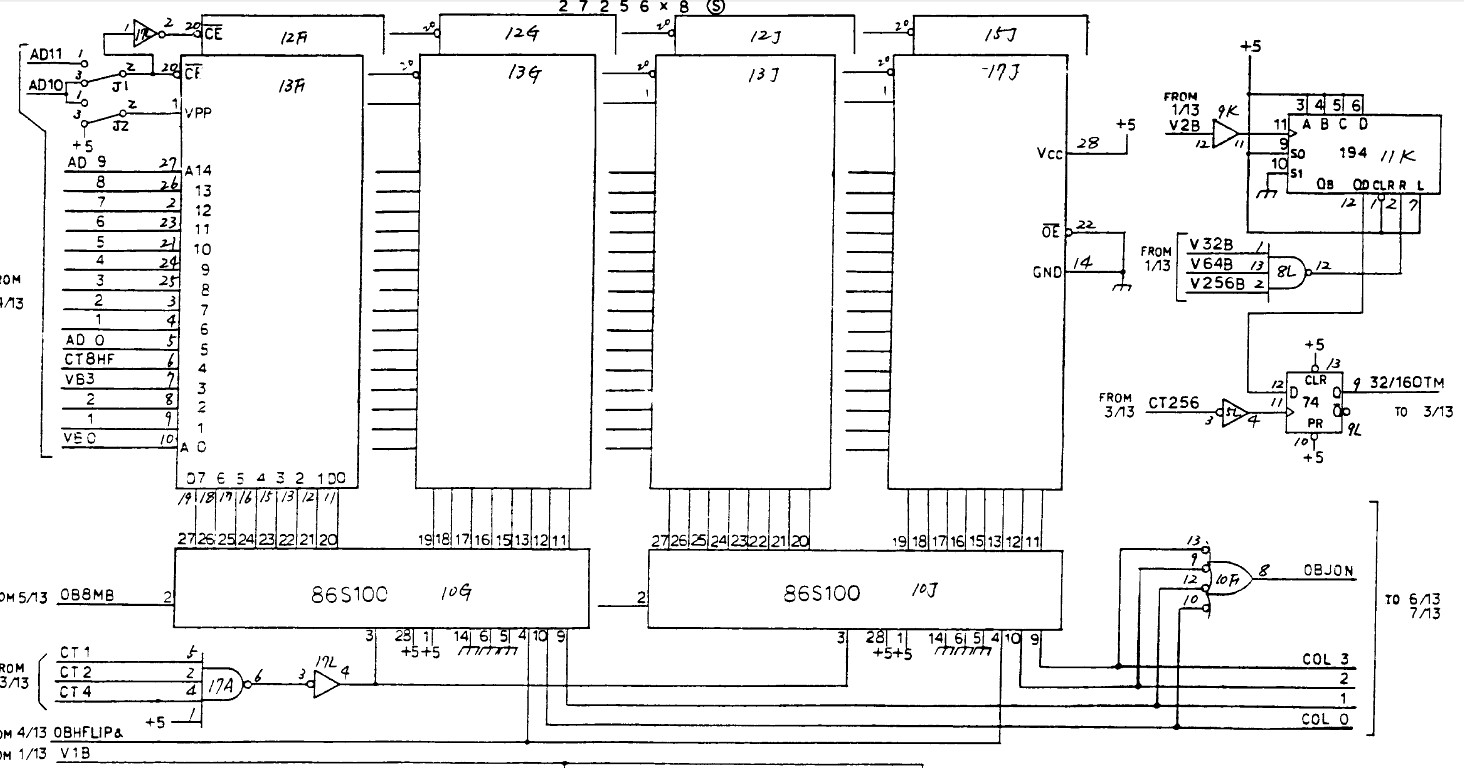 Being a not really reliable part (sometimes you can find it literally ‘fried’) and quite hard to obtain as spare I decided to give a try to reproduce it.As usual I looked at how bootlegers re-engineered it and how the custom functions were implemented in earlier Capcom hardware.I succeeded in my purpose it but I actually had to make two versions of it because the original ’86S100′ can work in two modes depending on the logical state of its pin 1 (if hard-wired to GND or VCC).

Here’s final testing of both reproductions on a Bionic Commando and 1943 PCBs: