Today we have new PAL dumps :

‘coolmod’ sent in 256KB binary dump of the secured PAL16L8 from an original Contra PCB, I took care of reversing it in a GAL16V8 fuse map that he successfully tested on board.This dump replace the old archive we had.Thanks to him. 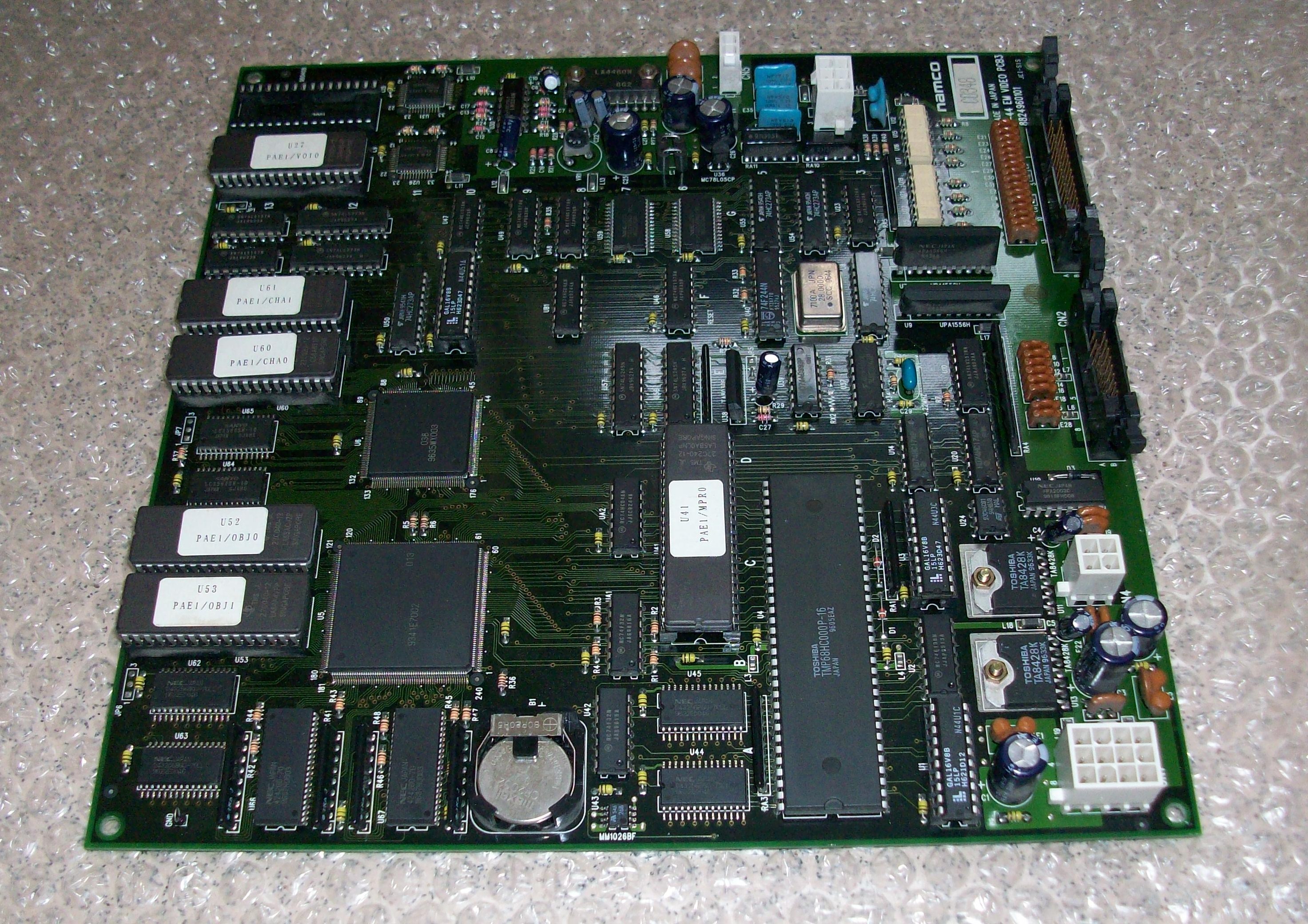 We mark them as ‘assumed working’ since they have been obtained from unsecured devices.Thanks to him. 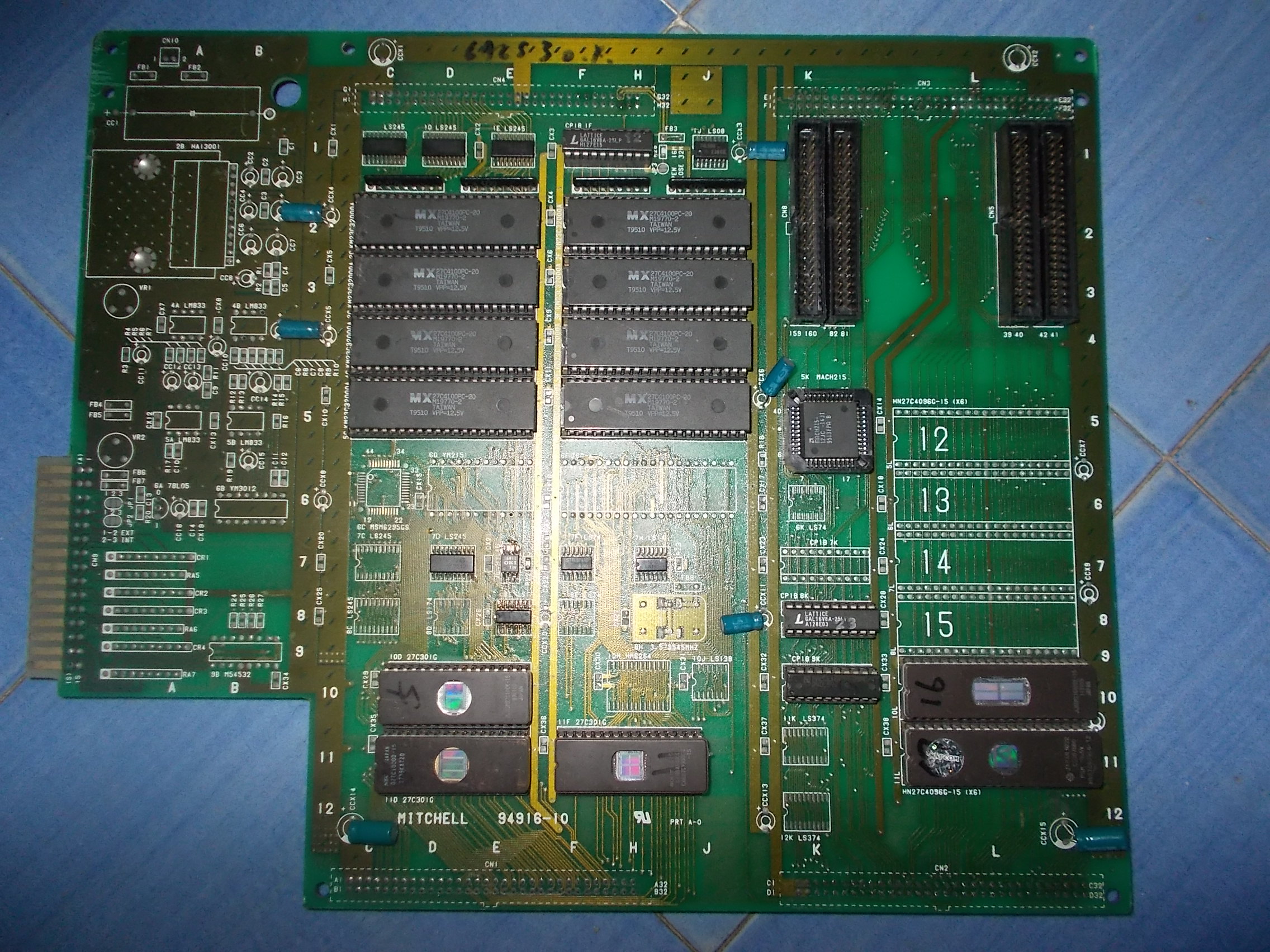 Equations of PAL are different from original board since bootleg use eight 4Mbit GFX ROMs instead of the two 16Mbit ones of genuine boardl.All other PALs are identical to original.Dump is untested for now since board is not working.

Today we have a massive update.Dumps came from the following PCBs: 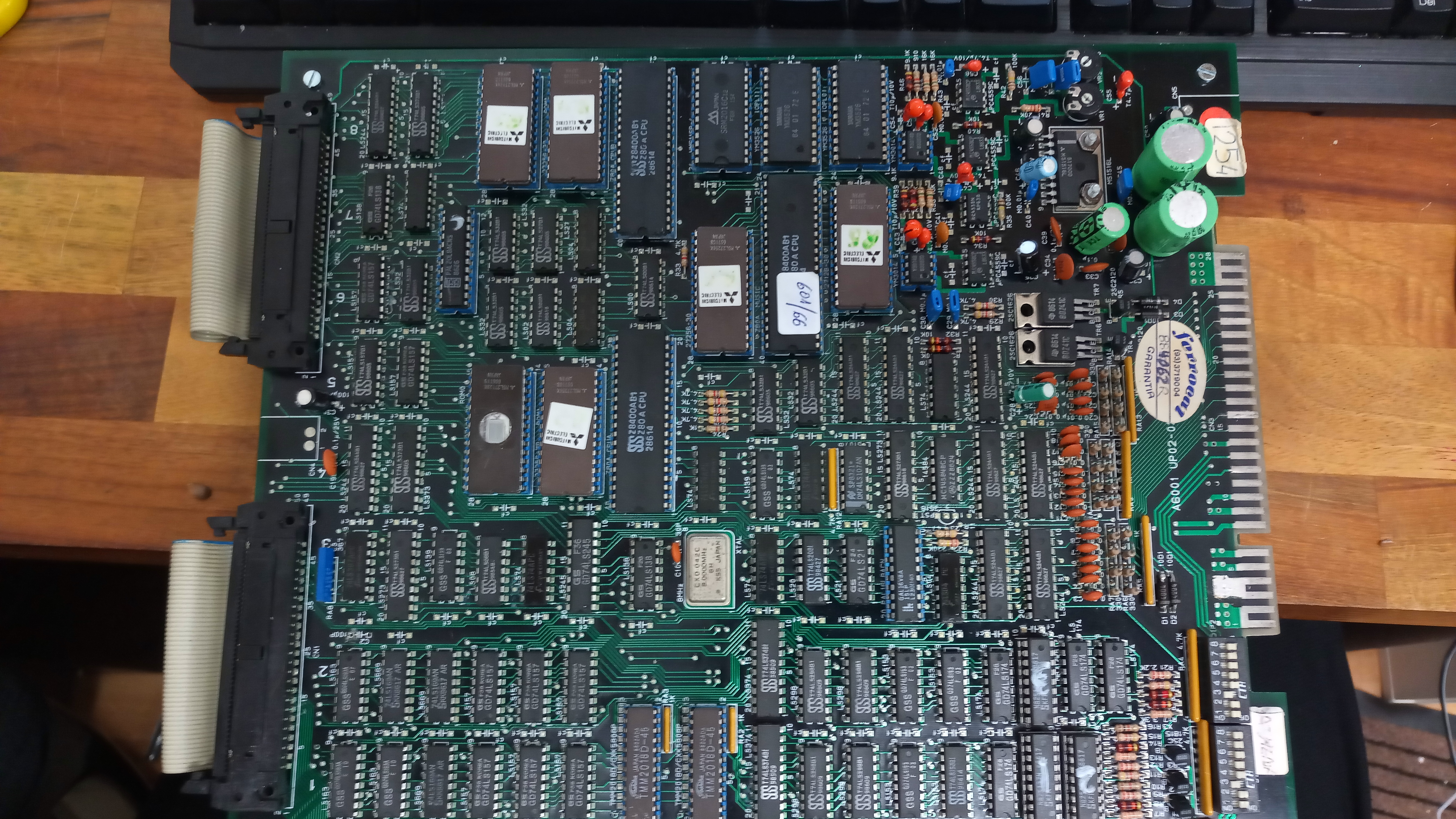 Porchy dumped the PALs from a copy board and successfully tested dumps back on board.Corrado Tomaselli confirmed dumps are working also on the original PCB.Devices were all unsecured (two PAL16L8 and one PAL20L8) and they have been reversed into GAL devices (for the 24 pin one both GAL20V8 and GAL22V10 replacement available).Thanks again to both them. 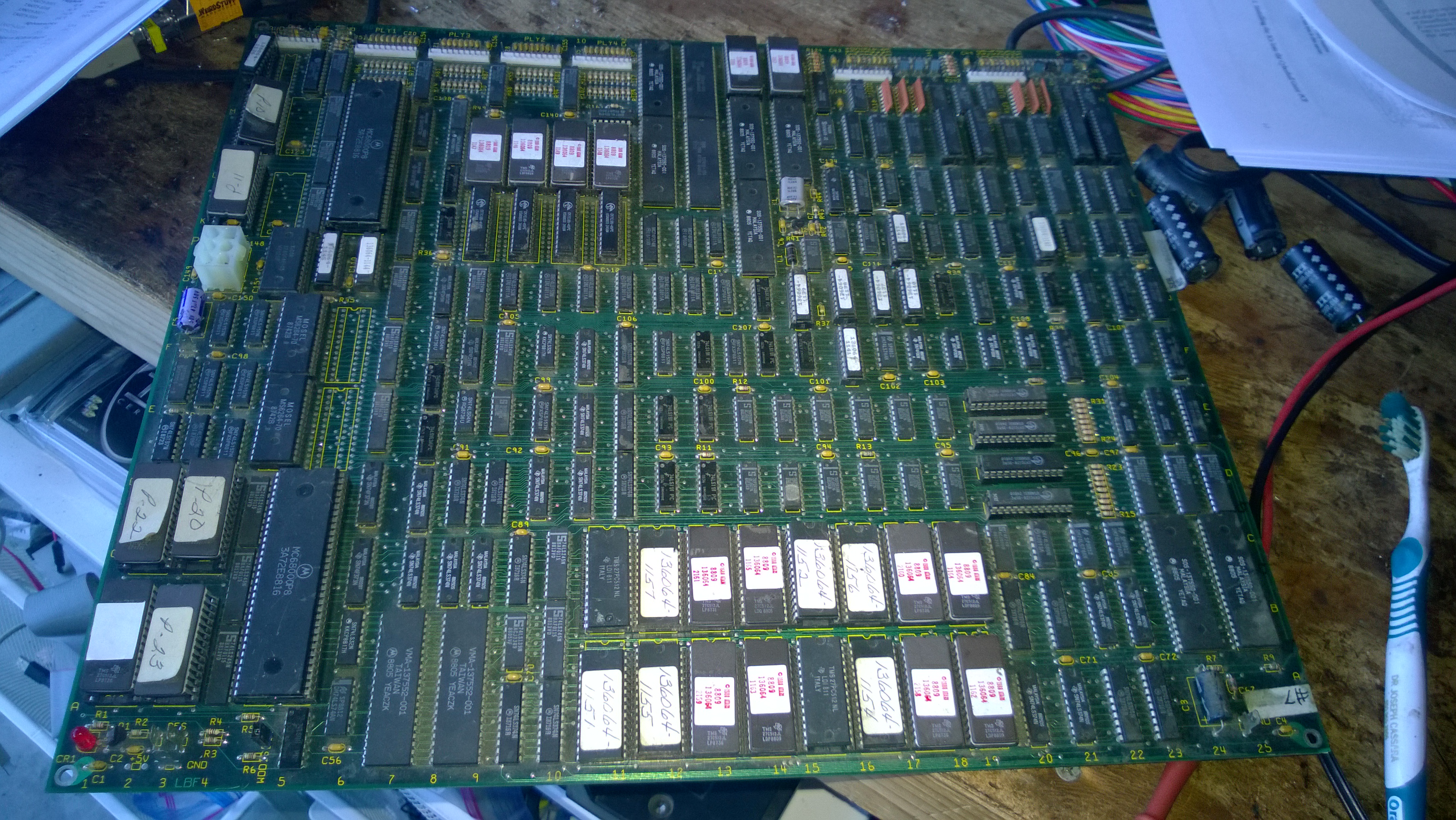 Dumps were provided by ‘coolmod’ on Dumping Union list from an early revision/protoype of board.Devices were all unsecured PAL16L8.We mark them as “assumed working” since we have no means of testing GAL replacements.Thanks to him. 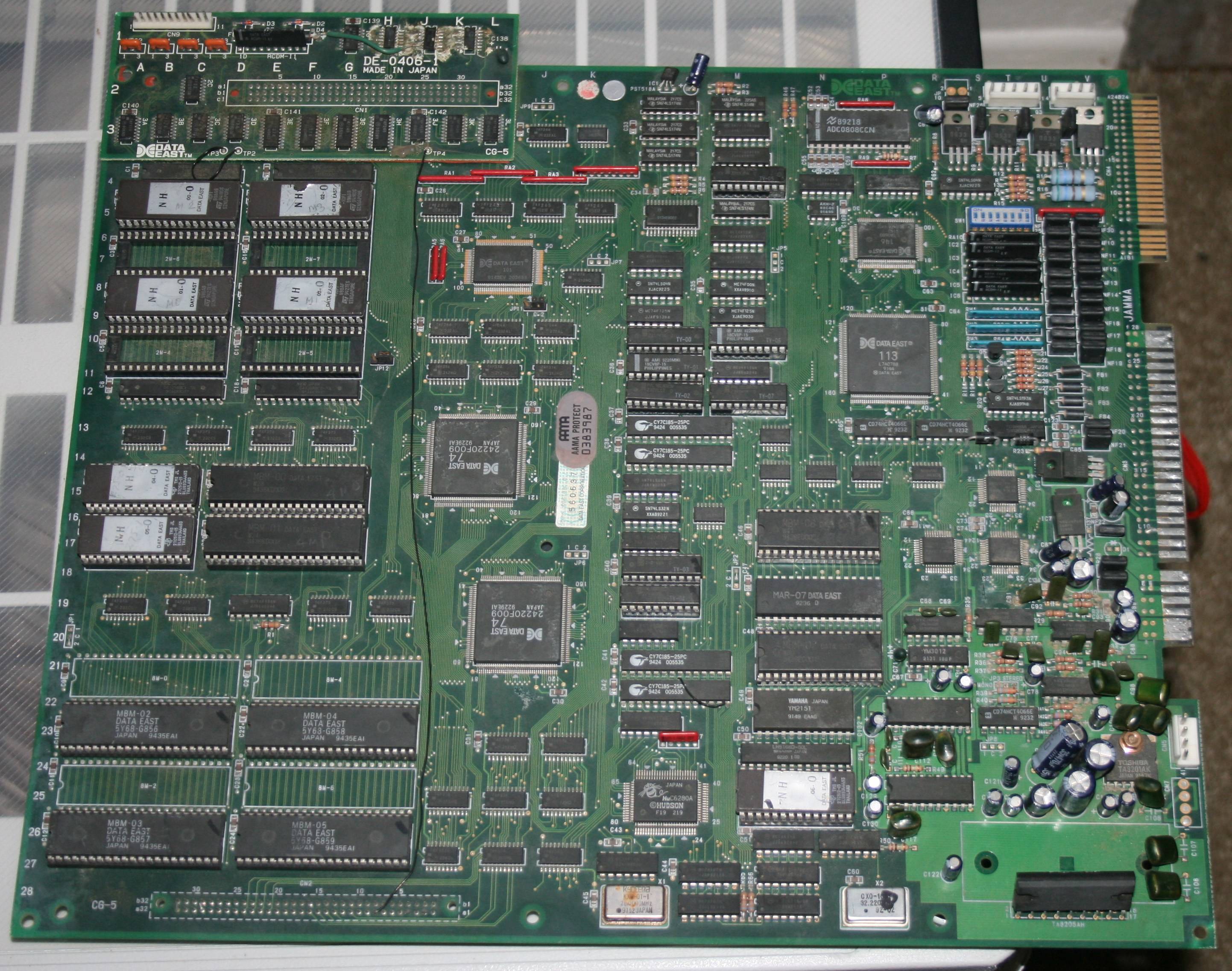 256KB binary PAL dumps provided by Smitdogg on Dumping Union from a faulty board.I reversed them into GAL fuse map which we mark as ‘untested’ until testing on a working PCB will be done.Thanks to him. 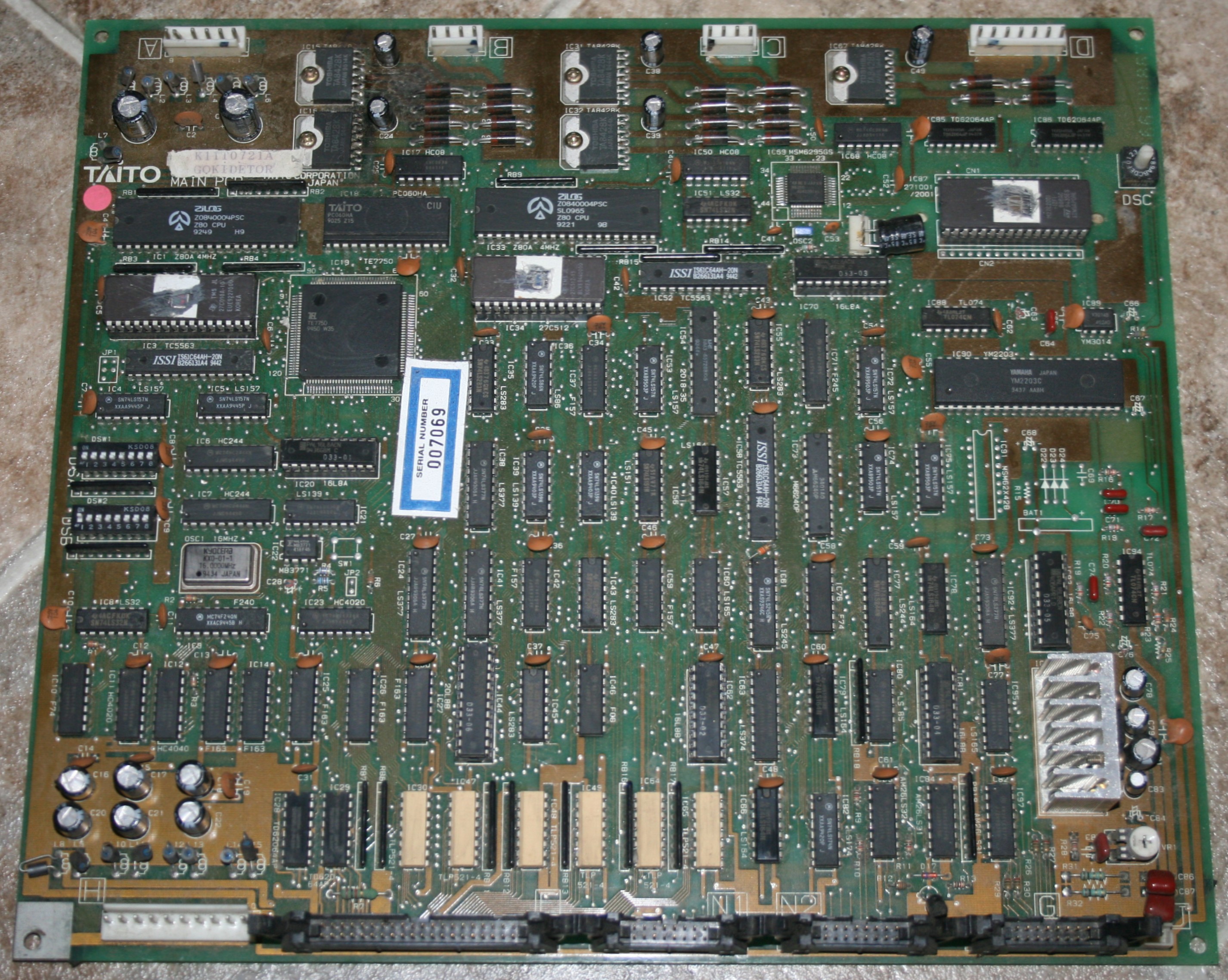 Dumps provided by Smitdogg on Dumping Union, devices were all unsecured.We mark them as “assumed working” for now.Thanks to him. 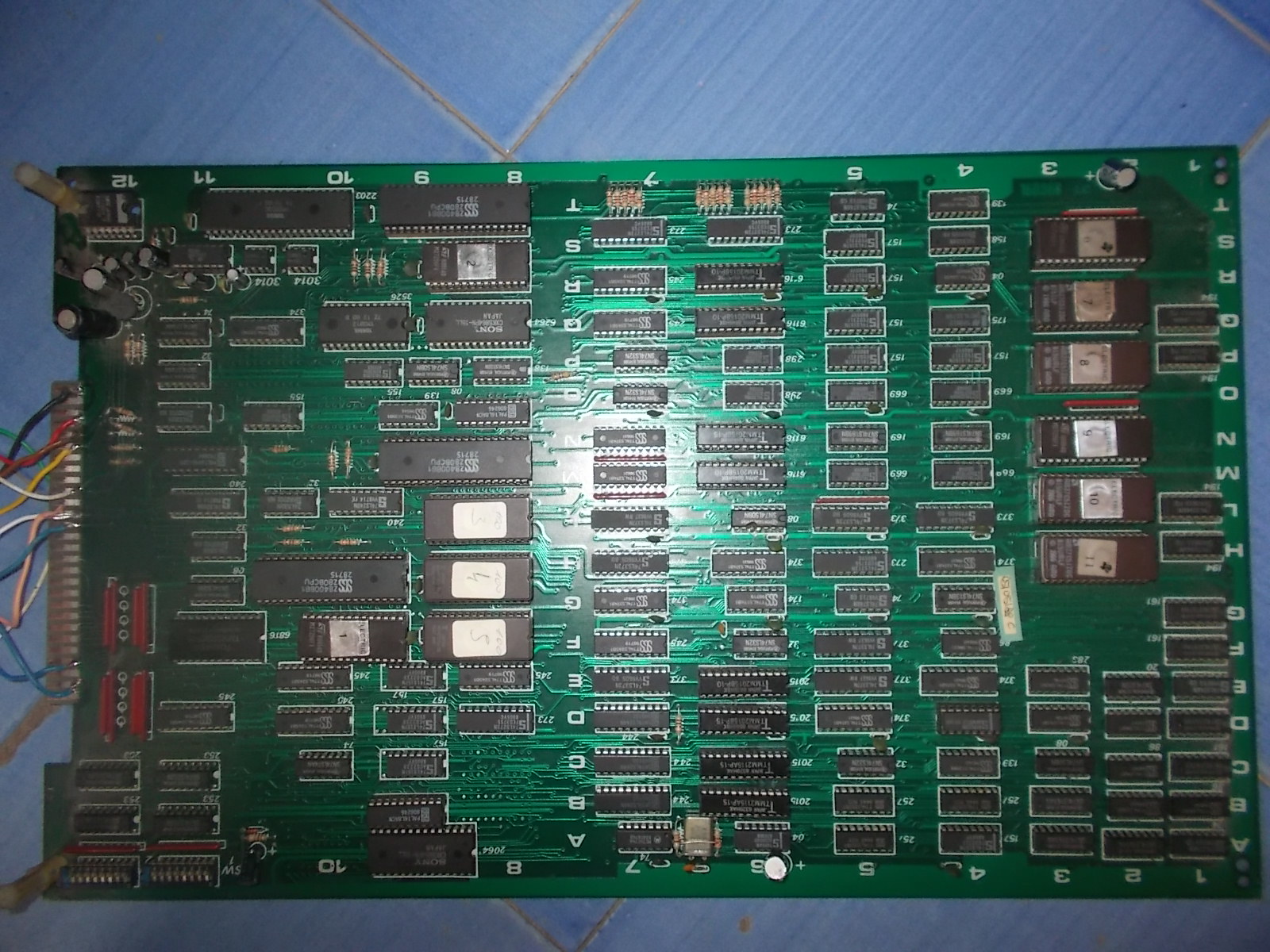 I dumped  and reversed into GALs the three PALs from this one layer bootleg.All dumps matches the two layer version (dumped by Porchy some time ago) except for one which has slightly different equations. 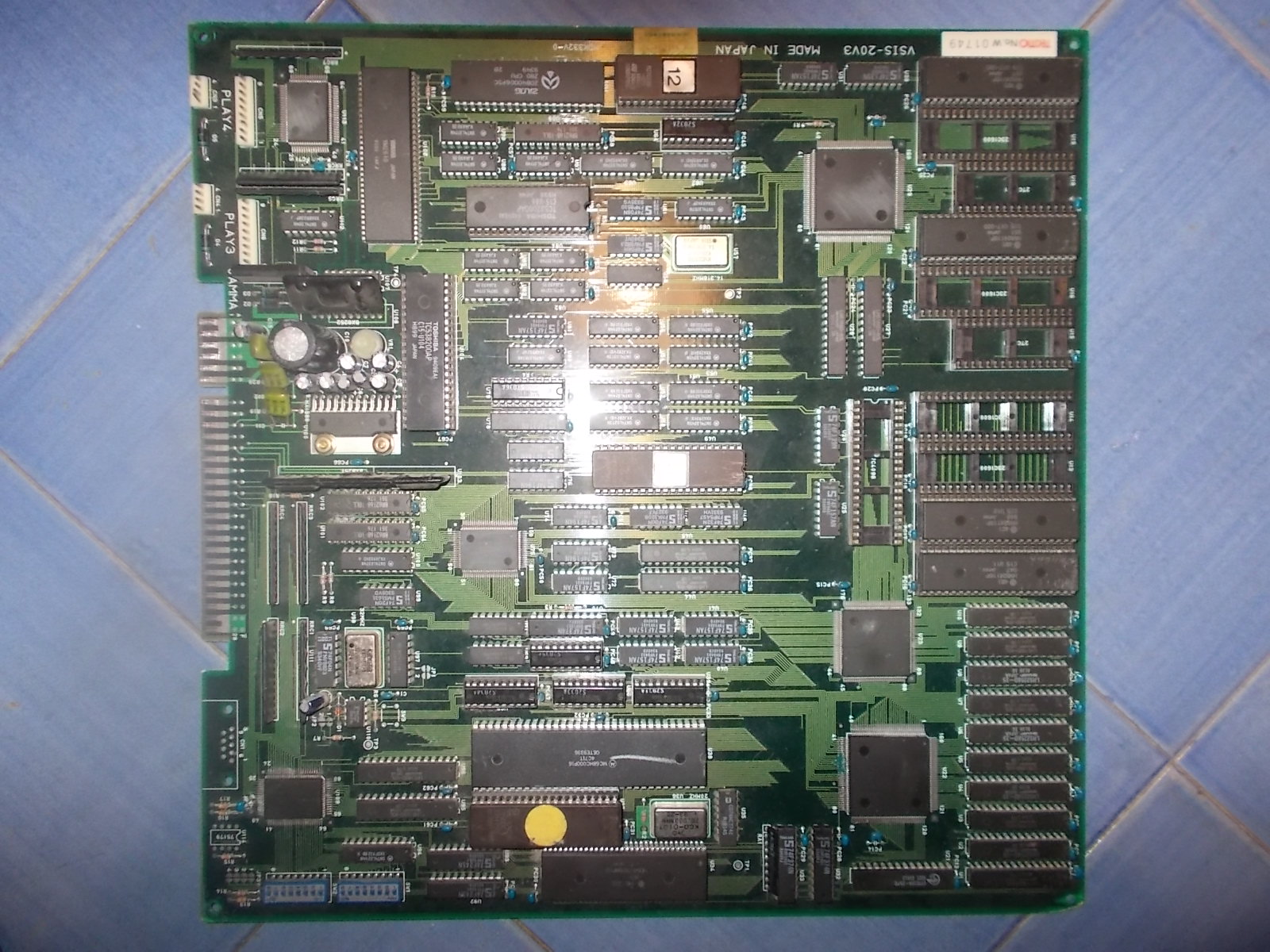 Board has six PALs but I was able to dump and reverse into GAL only the one @U64.

I dumped the PLDs from a dead board.Out of four devices present one was registered so not dumpable.Dumps are untested for now until we can test them on a working board.

Today I dumped the two PALs from a working bootleg of Cabal.Original devices were two secured PAL16L8 which I reversed and successfully tested onto GAL16V8.

‘Rod_Wod’ sent in dump of the unique PAL from a FixEight PCB.Original device was an unsecured PALCE16V8H, dump has been successfully tested by him onto a same device and a GAL16V8 too.Thanks again to him.