I got a couple of Chequered Flag PCBs for a repair.Here’s the first: 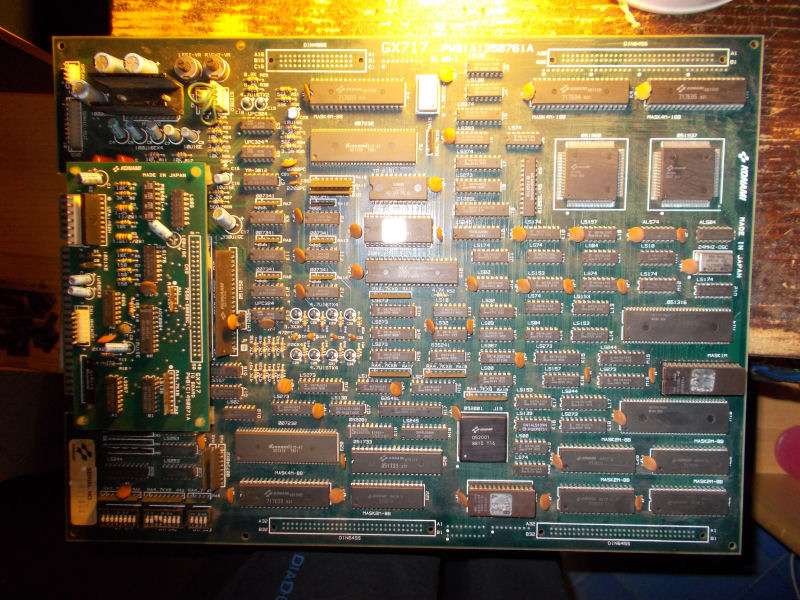 The MASK ROM test reported an error on a character ROM at a certain location: 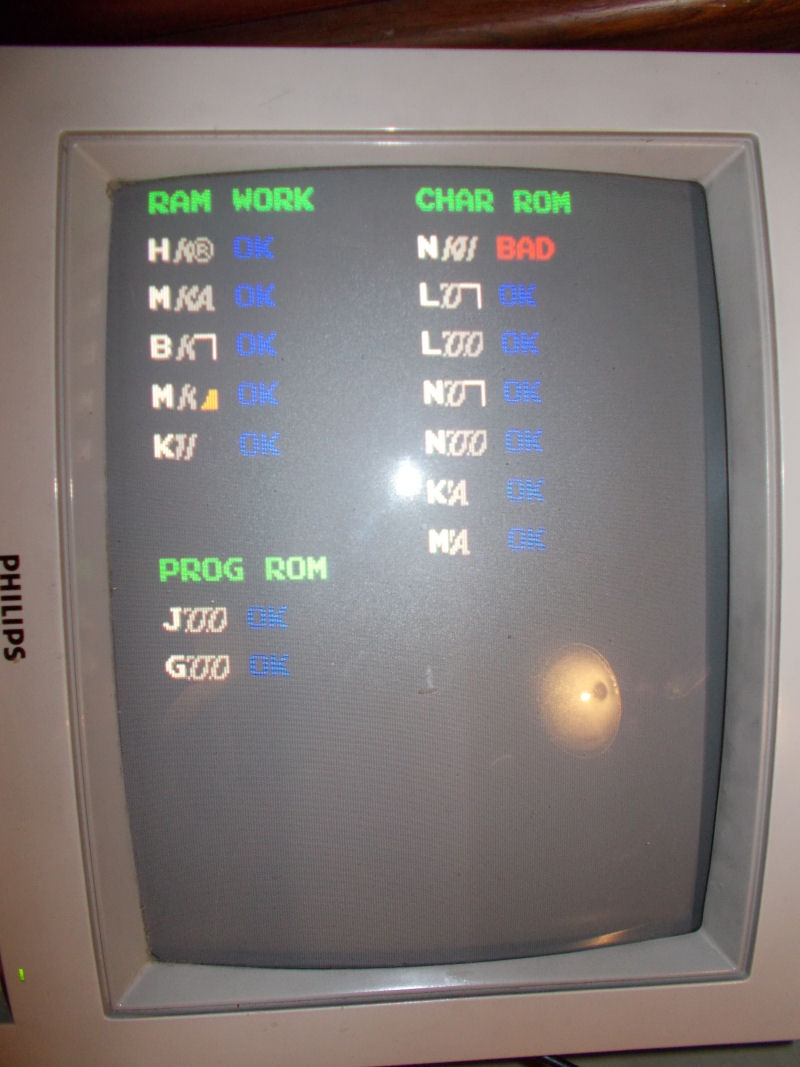 which caused some garbage on screen: 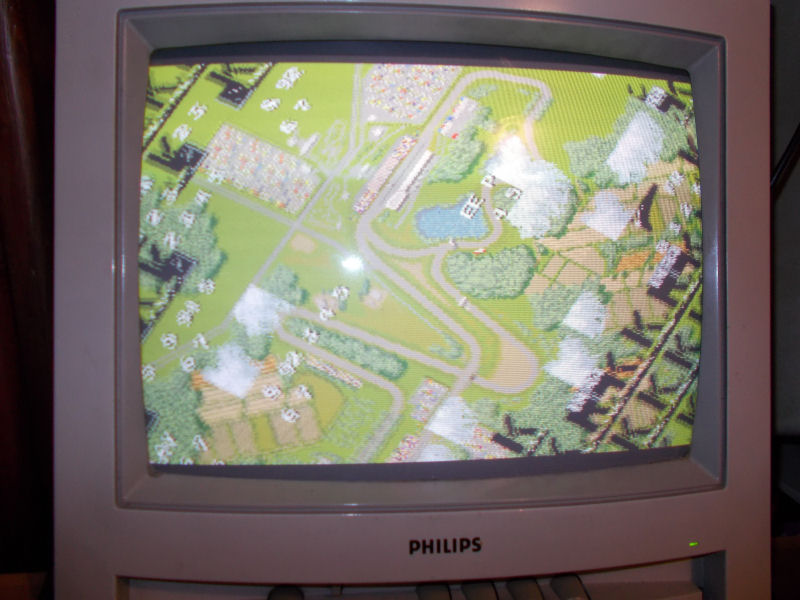 Launching MAME I could figure out the ROM reported as bad was the one @N16: 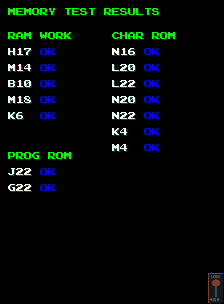 Device itself was a non 32 pin non-JEDEC 27C1000 mounted on a custom socket in place of the classic 1Mbit 28 pin MASK ROM.So I read it and it matched the one on MAME sets.Probing it I found that its pin 28 (A13) was silent,I traced it back to the a near custom marked ‘051316’ that addresses the entire character ROM : 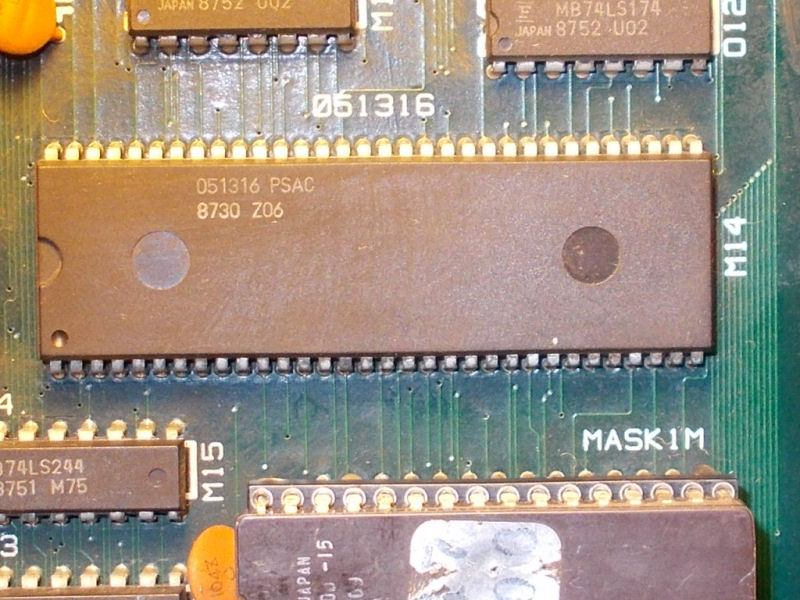 A dead address line means that the IC has an internal fault so my only option was to replace it and this is what I did taking it from another dead board:

With a good custom the MASK ROMs test successfully passed and all GFX issues vanished: 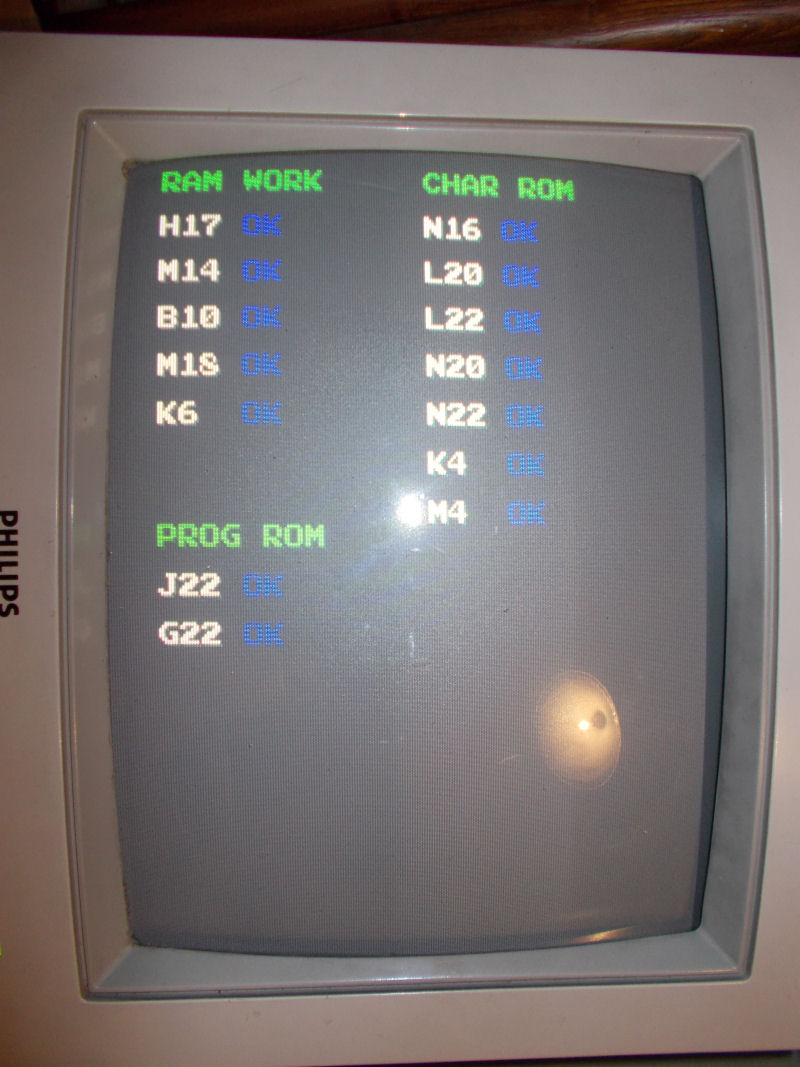 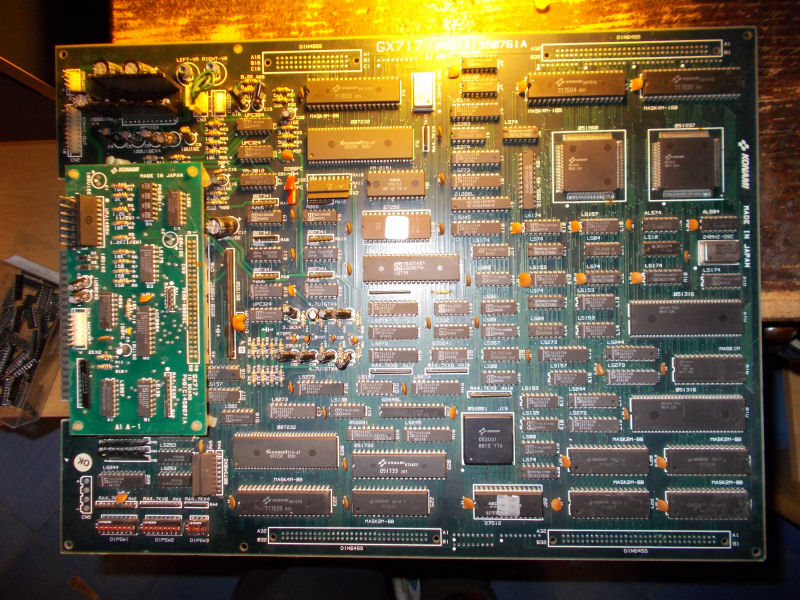 had slight sprites issue.Here’s a comparison with a MAME snapshot (on the left):

A visual inspection of the board revealed some lifted pins of the two ASICs sprites generators: 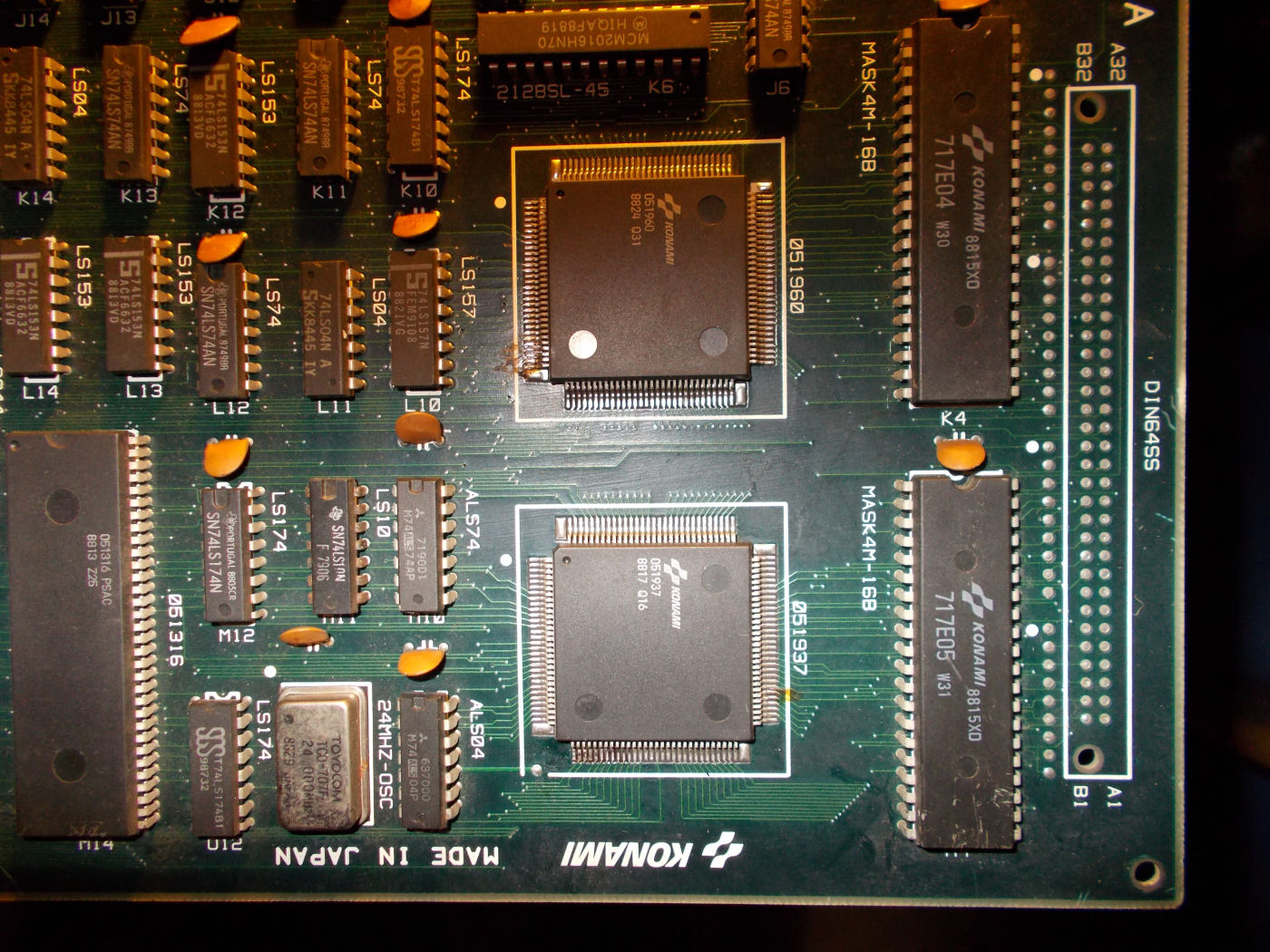 A reflow was enough to restore correct sprites: 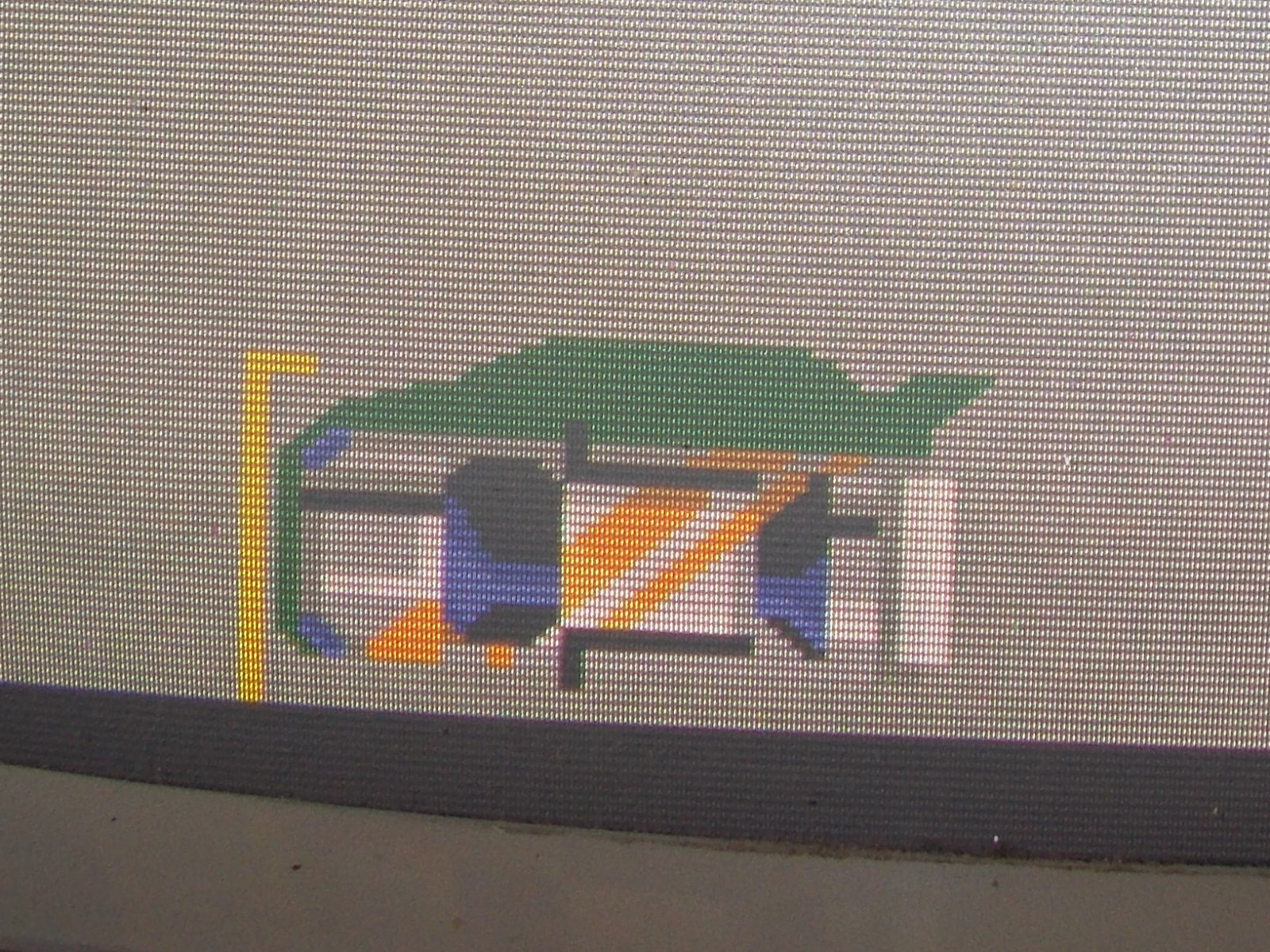