This c64 gave me the following screen on power-up. Flickering characters with artifacts and a vertical line through the middle of each character. After going through the symptoms on Ray Carlsen’s site, I thought this may be bad colour ram. Swapping out the 2114 didn’t make any difference and colours associated with the characters looked good anyway, so I don’t know what I was thinking there. 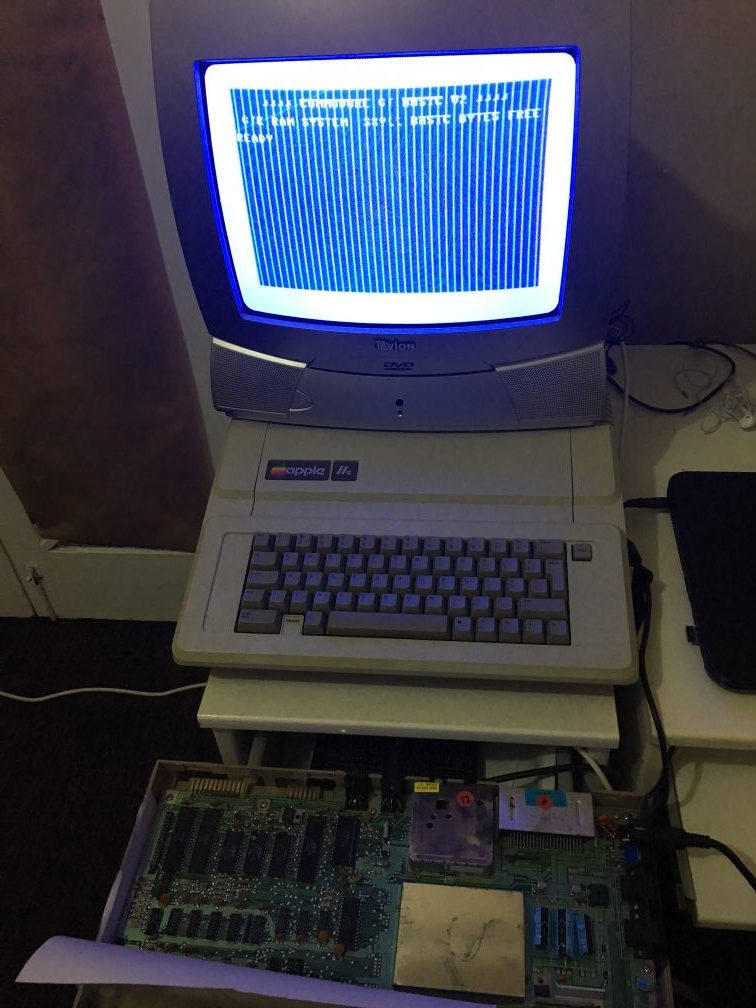 After thinking about this for awhile & looking at the pattern closely, I had an idea that this may be a bad character generator ROM at U5. To prove this theory, I could type in a short basic program to copy the entire character set from the ROM into RAM, then tell the VIC 2 chip to use the character set in ram and reprogram one of the characters to one of my choice. The Commodore 64 has great features such as programmable characters which is very useful for games.

Luckily I don’t have to think too much as there’s already an example at the link below.  So I begin typing some basic commands. The problem is my typing has to be super accurate because I can’t see what I’m doing and any typo will screw the troubleshooting up. It took me 3 or 4 goes before I finally got it right. 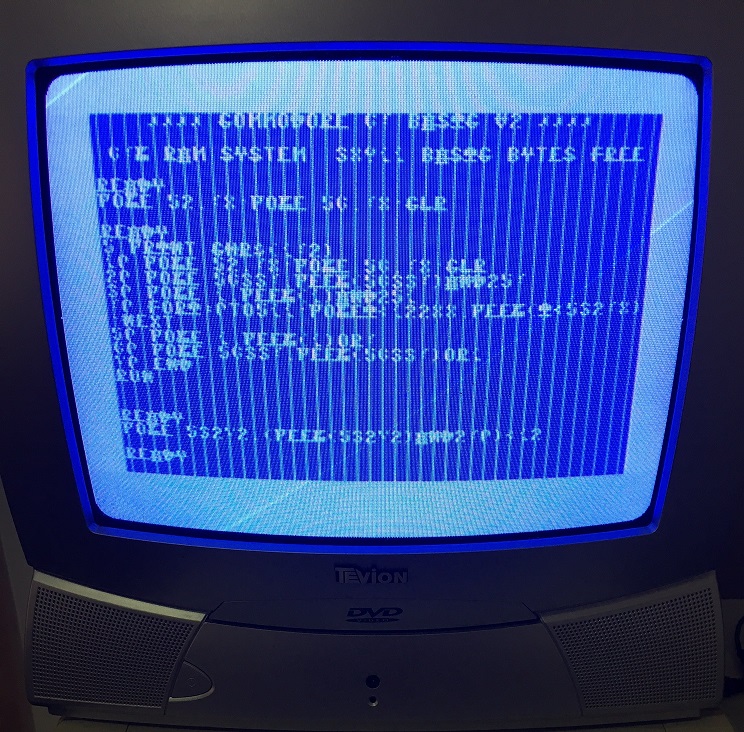 After typing in “POKE 53272,(PEEK(53272)AND240)+1” as shown above, the flickering stopped although the artifacts obscuring the characters were still there, which was to be expected because we’ve just copied corrupt data. The computer was now getting the character set from RAM instead of from ROM. Now to change the letter T to a smilie face. I enter the following program and run it.

Pressing a T shows a smilie face which looks complete without artifacts or a line through the middle of it. So I know that the VIC 2 chip is OK. 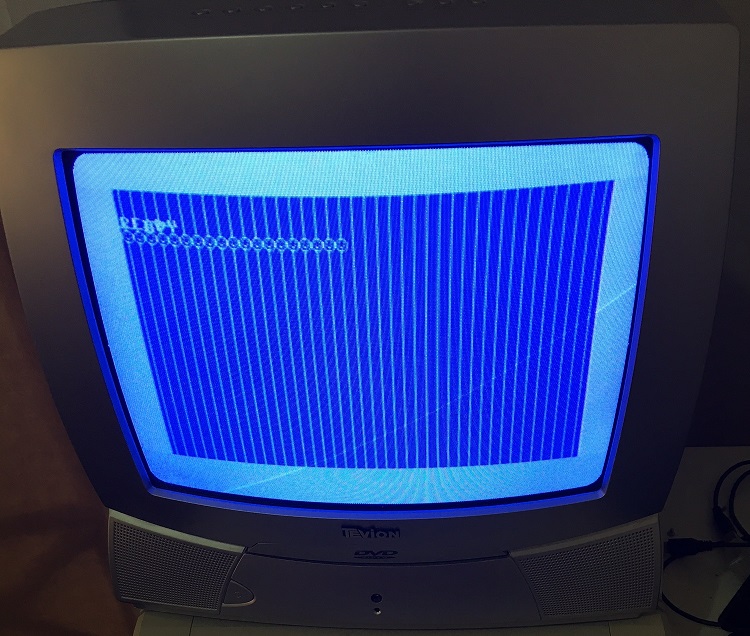 I remove the old mask rom and install a socket. My EPROM programmer is currently out of action so I don’t have the ability to verify the character rom or program another EPROM in its place. 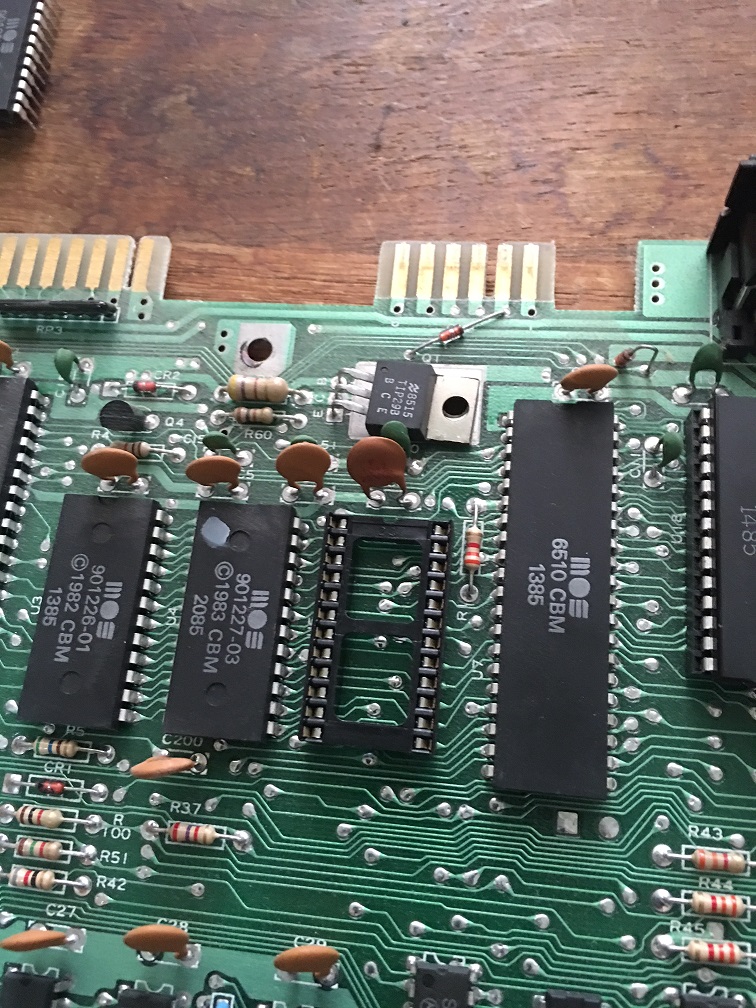 But for now I can extract a known working EPROM from my own C64 into this one for troubleshooting purposes . After powering up, the character set shows up perfectly. Now all I have to do is program another EPROM when I get around to it and this c64 can go back to its owner. 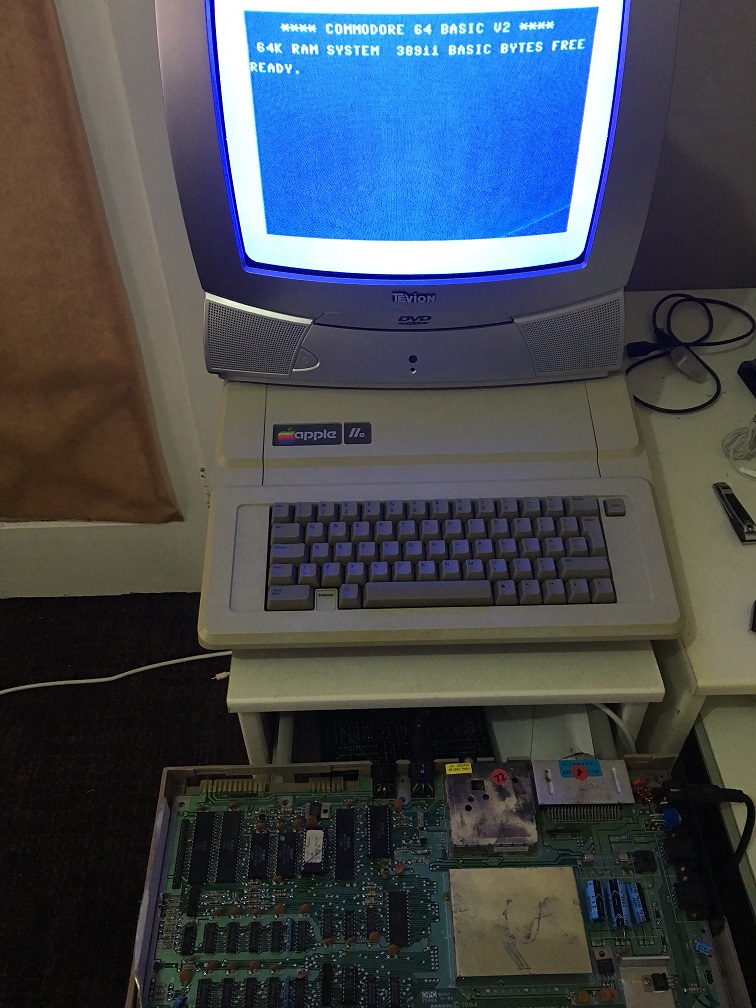