Received from USA this mint Contra PCB (by Konami), actually with japanese stickers and ROM set : 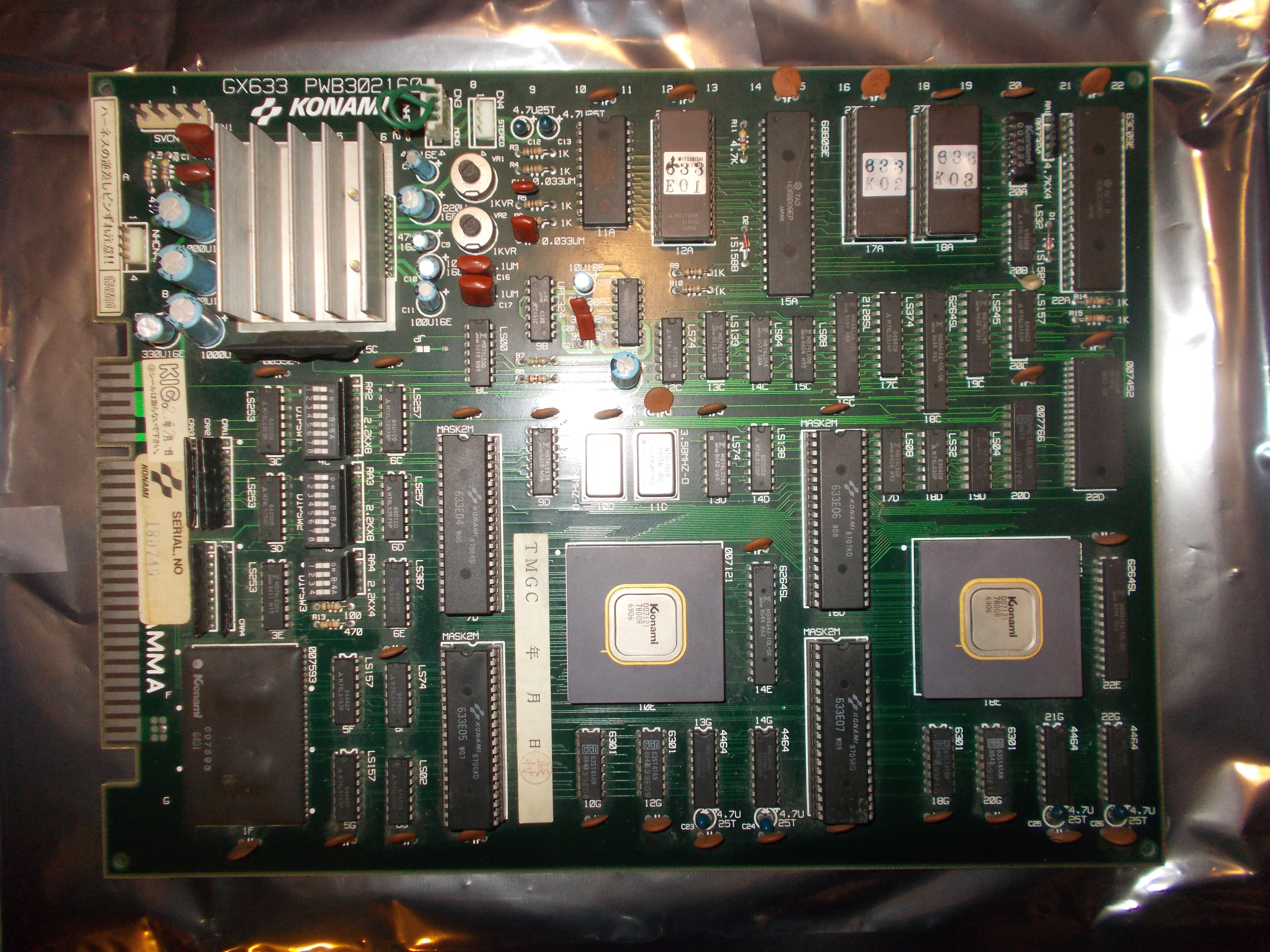 The board kept resetting in an endless loop sign that CPU was executing no valid code hence the watchdog circuit was triggered:

The two program ROMs were dumped as good so problem was elsewhere.Board was almost fully populated with Fuitsu TTLs which are well known to be prone to failure.When probing them with a logic probe I found a floating output (pin 11) of  a 74LS08 @17D: 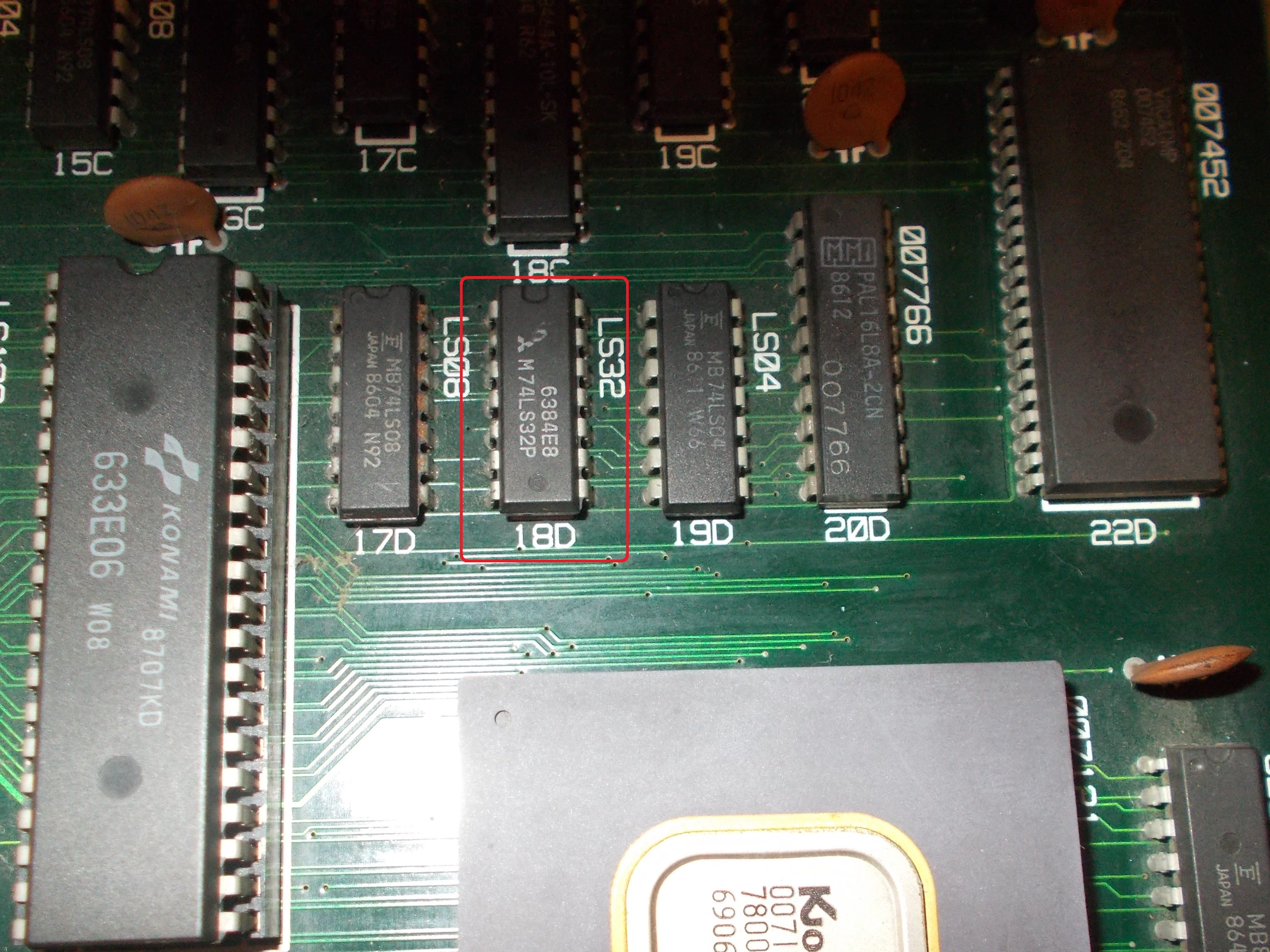 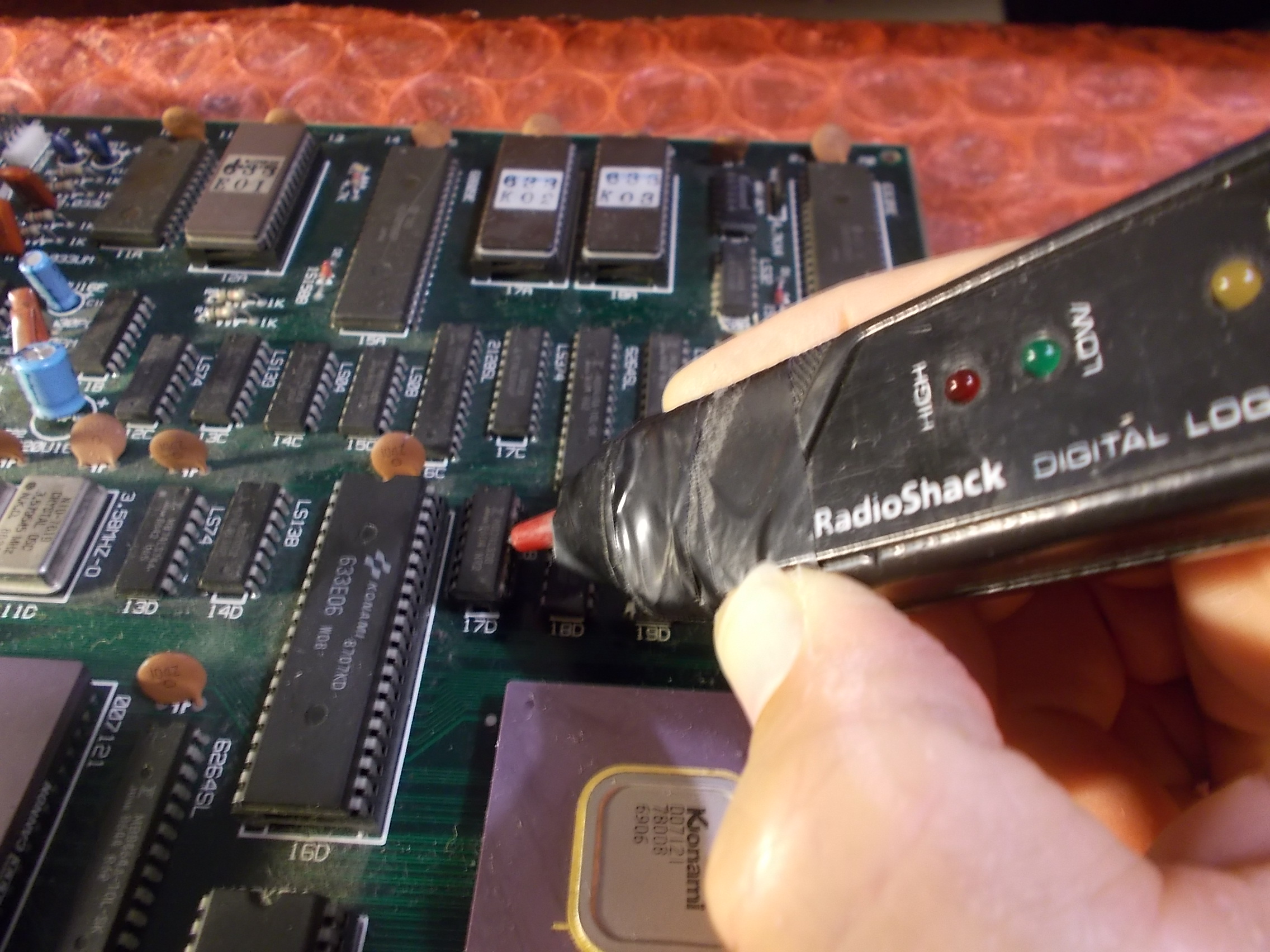 This was confirmed also by logic analyzing and scope: 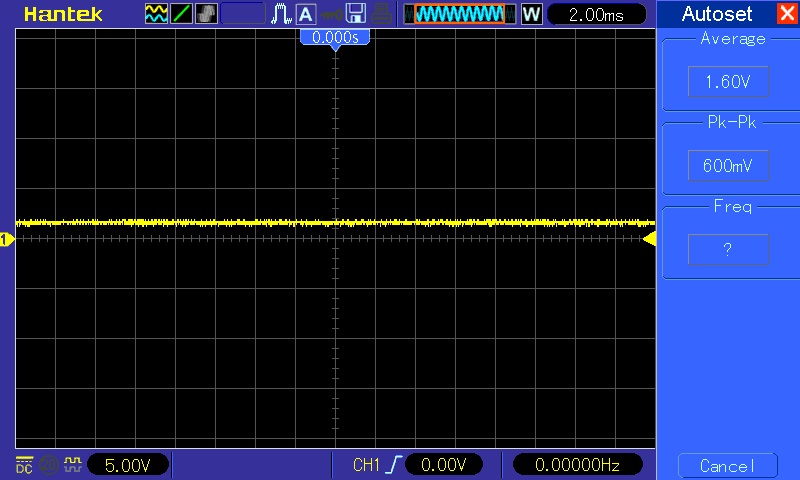 As schematics shows, the missing signal from pin 11 is called VRC and it should  be a control line routed to the custom ‘007452’ :

I removed the TLL and tested it out-of-circuit where it failed miserably : 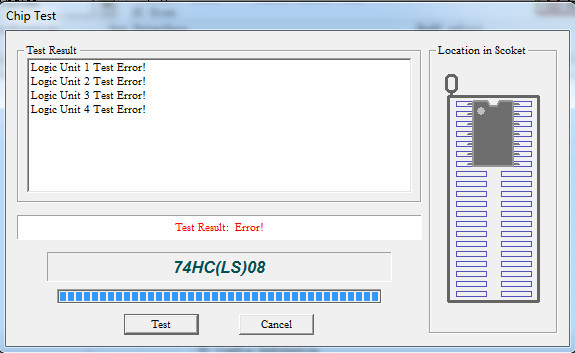 I installed a socket and fitted a good IC: 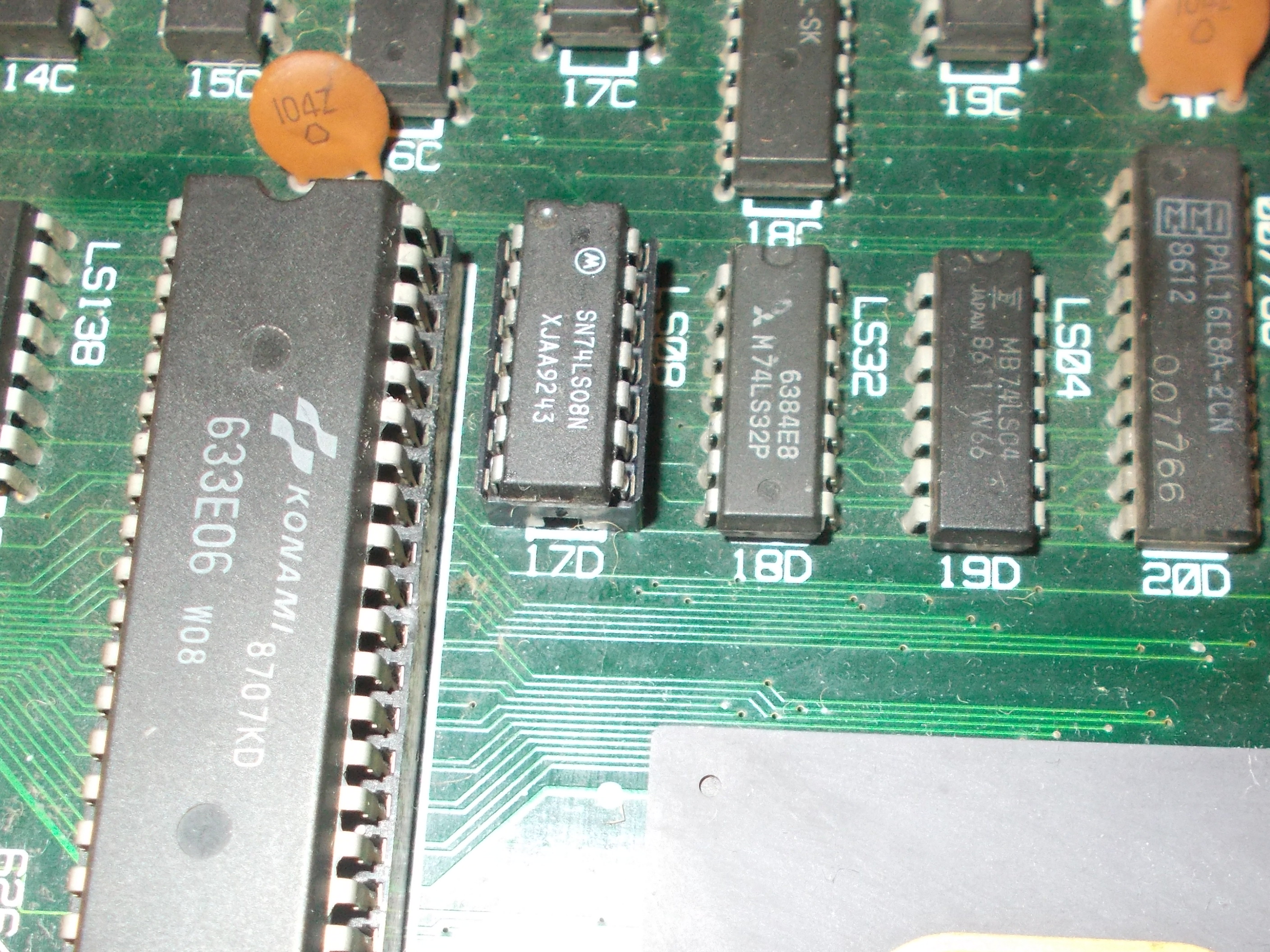 The board booted into game with no further issue.Repair accomplished.