Contradicting the current tendency to sell all the CPS1 stuff due its extreme unreliability (my mate Porchy knows something about…) I decided to buy a faulty CPS1 motherboard (also know as  ‘A-BOARD’).Seller claimed board was good except for the audio completely missing.

When the board arrived (it was actually a ‘CPS DASH’ so the last revision with 12MHz oscillator), I immediately noticed it was missing the volume pot: 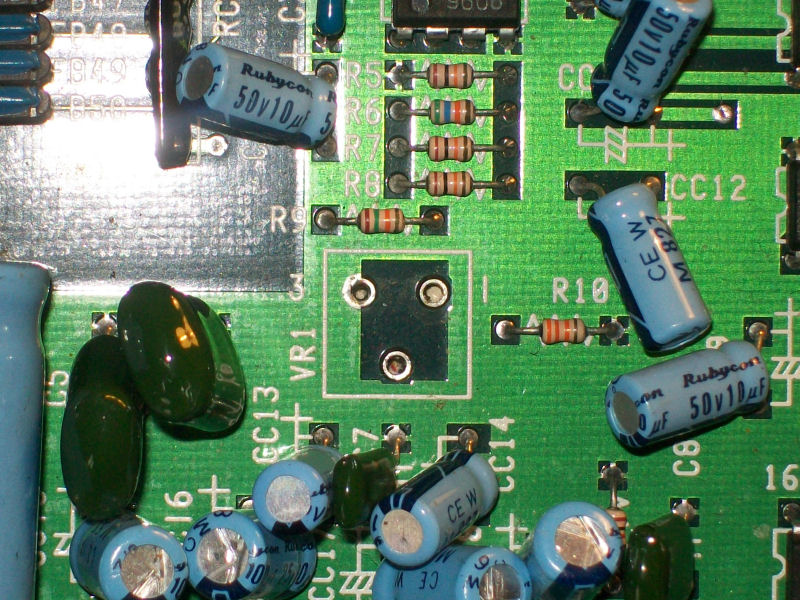 So, I took this pot (2.2KOhm to be exact) from a dead CPS1 motherboard sure that this was the cause of the missing audio.But I was wrong since still I got no audio.Touching with fingers the solderside pins of the HA13001 main amplifier gave me some noise from speakers so fault was elsewhere.

First I started to test Z80 audio CPU with my logic probe and no activity was present on data/address lines.I knew from other CPS1 repair logs that bad Z80 CPU is a very common fault on this boards so I decided to replace (using a round machine-tooled socket) it without thinking twice.

And this was enough to restore full sound back.