Another board donated from my arcade operators friends.It’s time for Crime City. 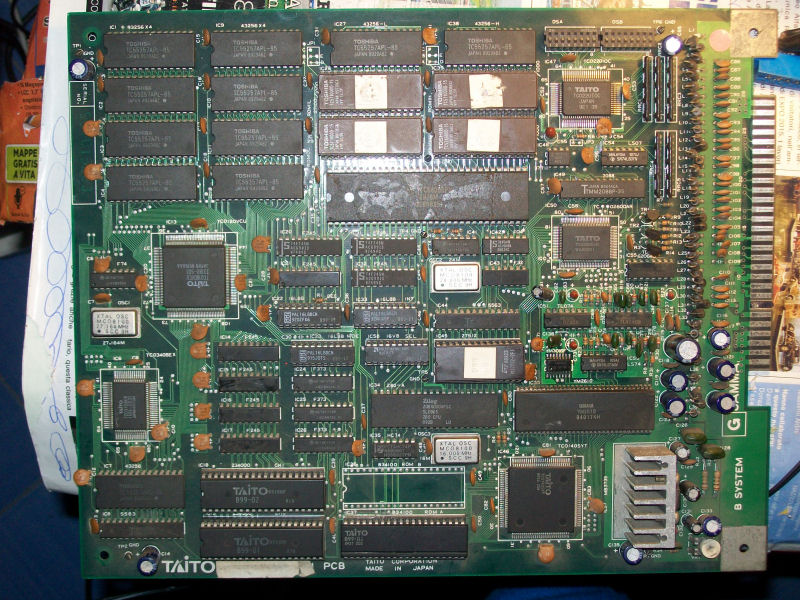 For the uninitiated, Crime City is a beat ’em up developed by TAITO that can be played by one or two players simultaneous.Here are the technical specs of the hardware:

The board booted fine but I immediately noticed that there was no sound at all except for some scratching noises.Besides, some colours were wrong and some characters tended to pink compared to the correct ones from MAME (see wheels of car in the picture below, MAME screenshot is on the right) :

As usual I started my troubleshooting with a visual inspection of the PCB and found a broken track on the solderside which I promptly patched with some AWG30 wire:

As I said board was silent, no sound at all except for some noise sign that the main MB3735 amplifier was working fine.Digital audio section is made by a Z80 CPU which commands a sound synthesis YM2610 chip.With my logic probe I could verify that all was working fine there so fault was elsewhere.So I started to suspect the YM3016F sound DAC: 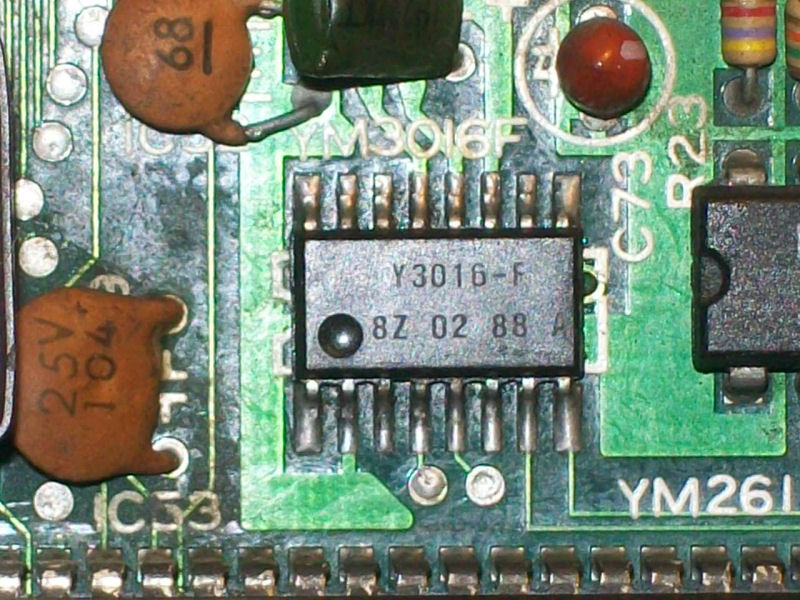 Connecting its analog output to an external amplifier produced no sound (while digital input was present).This convinced me to replace it and so sound was fully restored .