Again my Defender boardset had developed another fault.

I had already repaired here:

This time after the screen “Initial tests indicate all unit OK” it rebooted in an endless loop.

The diagnostic LED were flashing two times correctly before resetting, so I thought it was the ribbon cable.

After spraying and moving the cable , game still reset itself after the initial test but after a while it didn’t produce anymore the classic startup sound and all the LED were always stuck lit.

The 6821 PIA on the romboard should send an \IRQ signal to the main CPU after the ram test but the signal was missing, that’s why the watchdog kicked.

Also the 4 LED stuck lit is an evidence that the PIA died.

It’s known to be not very reliable, so I decided to desolder it , put a socket and test the only one PIA I had for spare which luckily made Defender to boot again. 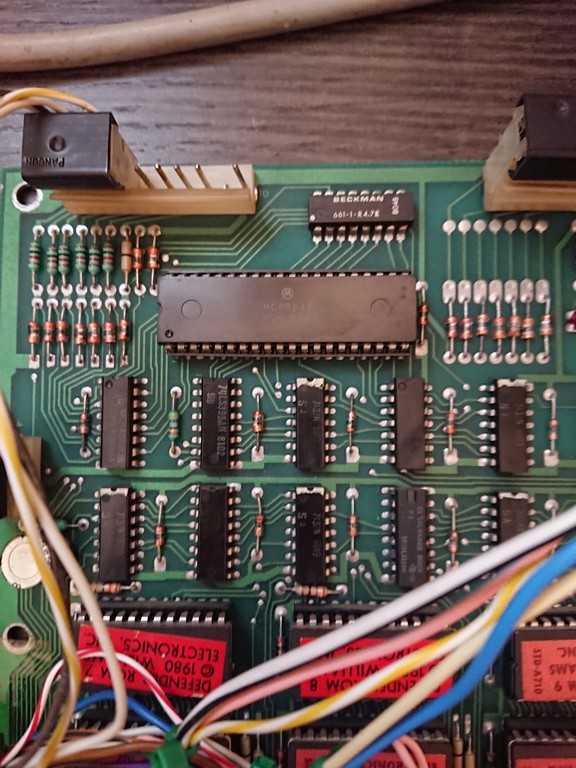 Game was  fixed without any problems ( for the moment )