Got this Demon’s World PCB (also known as Horror Story in Japan but game is multi-regional since it can be configured for different regions via the DIP switches) for a repair : 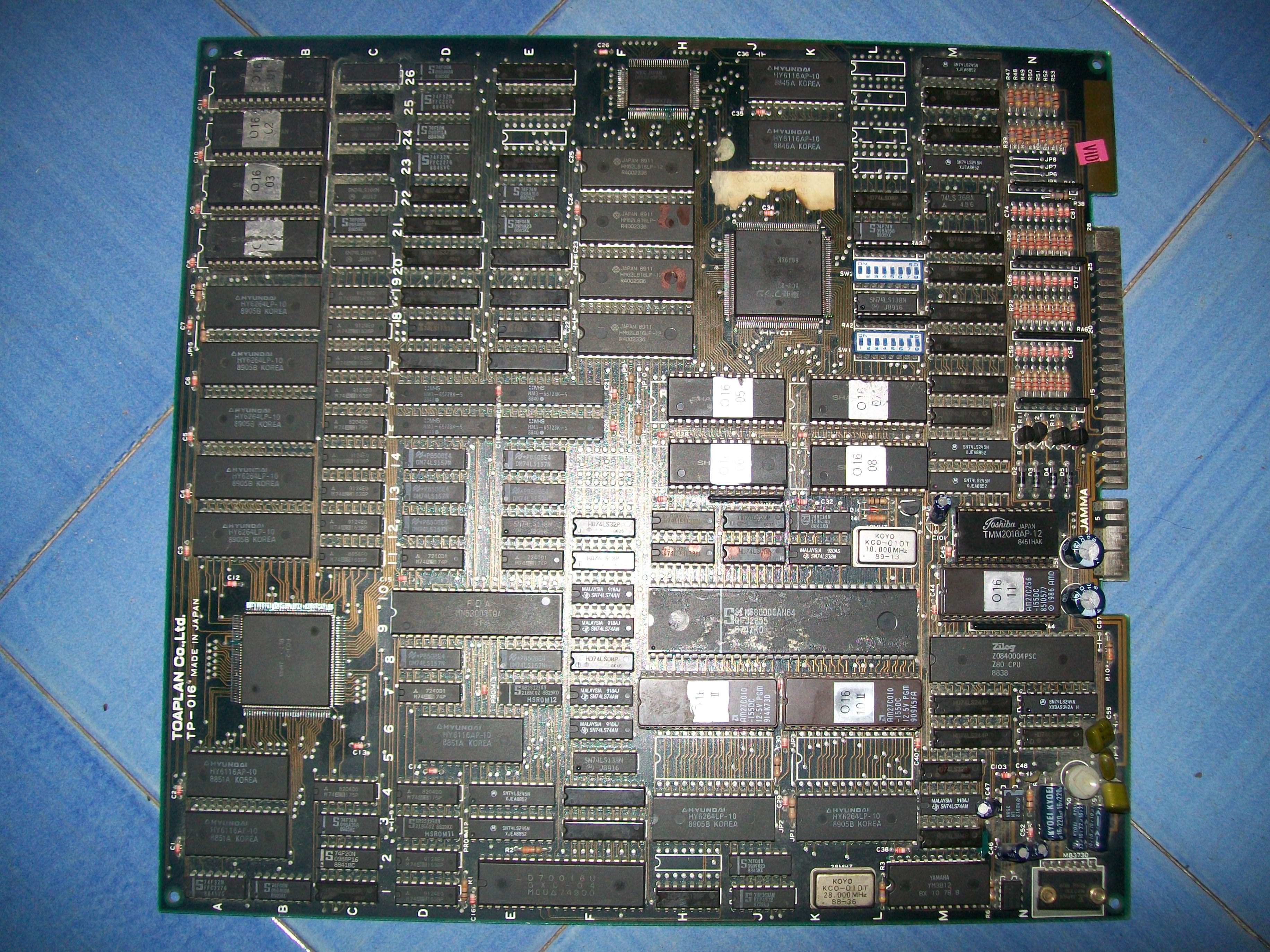 Board was not working, upon boot it showed the typical black/white stripes (common to all Toaplan boards) sign that main 68000 CPU has properly been initialized but then sat on a black static screen :

As said the CPU was properly running on power up but then halted before entering in game, data/address busses were both silent, usally this happens when CPU can’t find addressable devices.So I went to piggyback RAMs on board.When I did it on four 62256 @18F, 19F, 21F, 23F  : 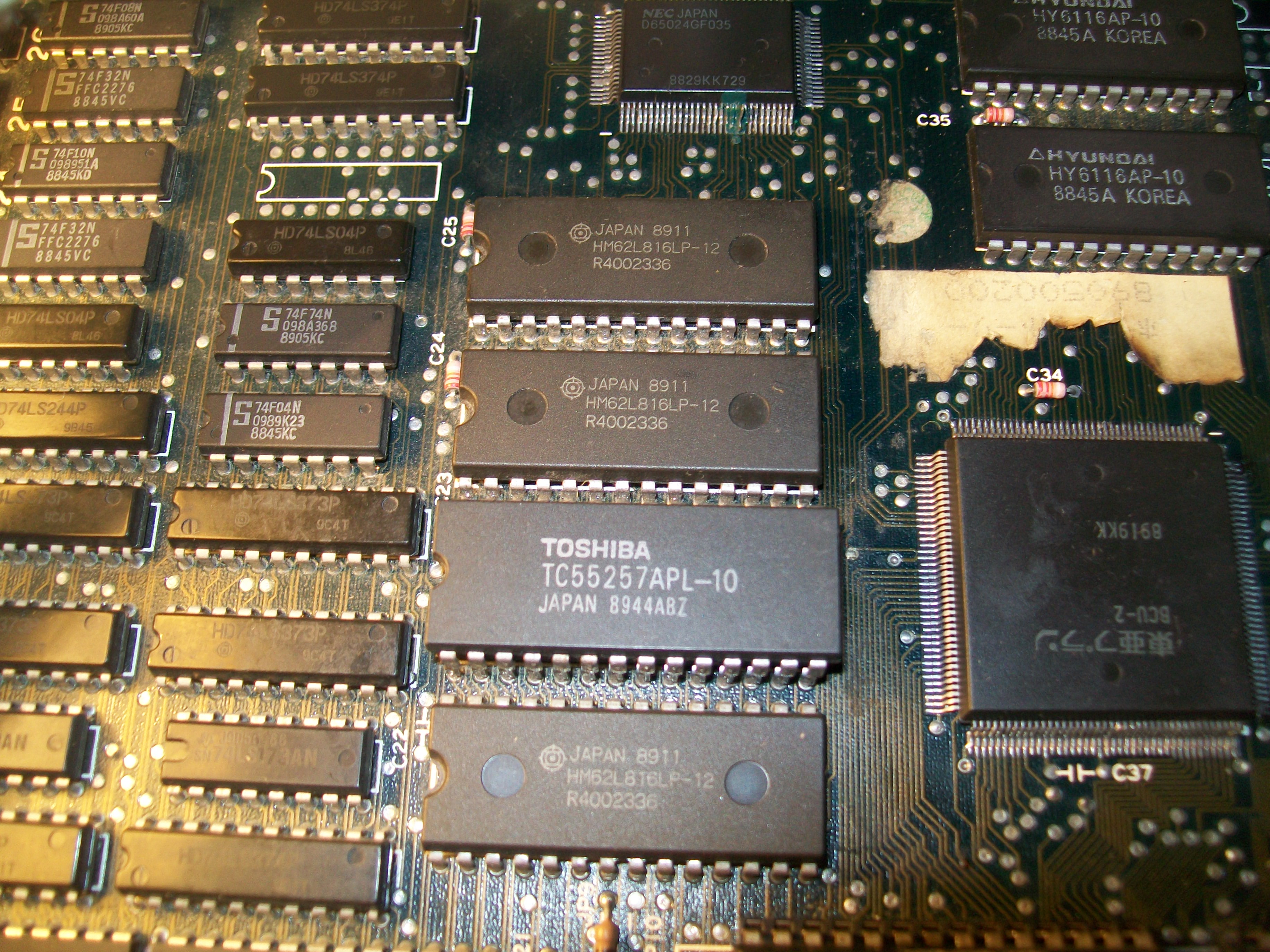 I got this error: 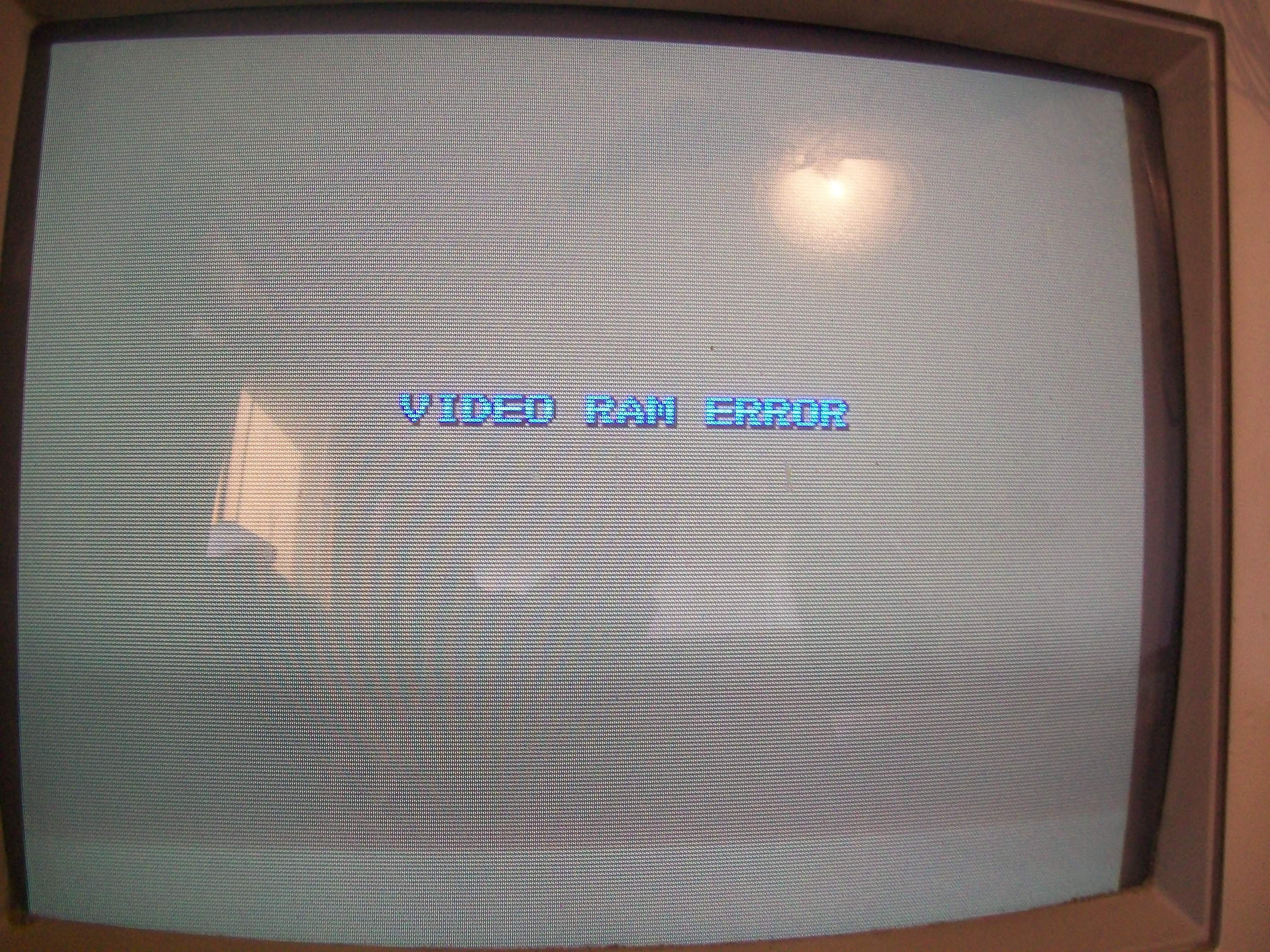 I removed the four chips, most of times they resulted good when tested out-of-circuit but sometimes they randomly failed due probably weak cells.Infact when I installed new RAMs I was greeted by this screen: 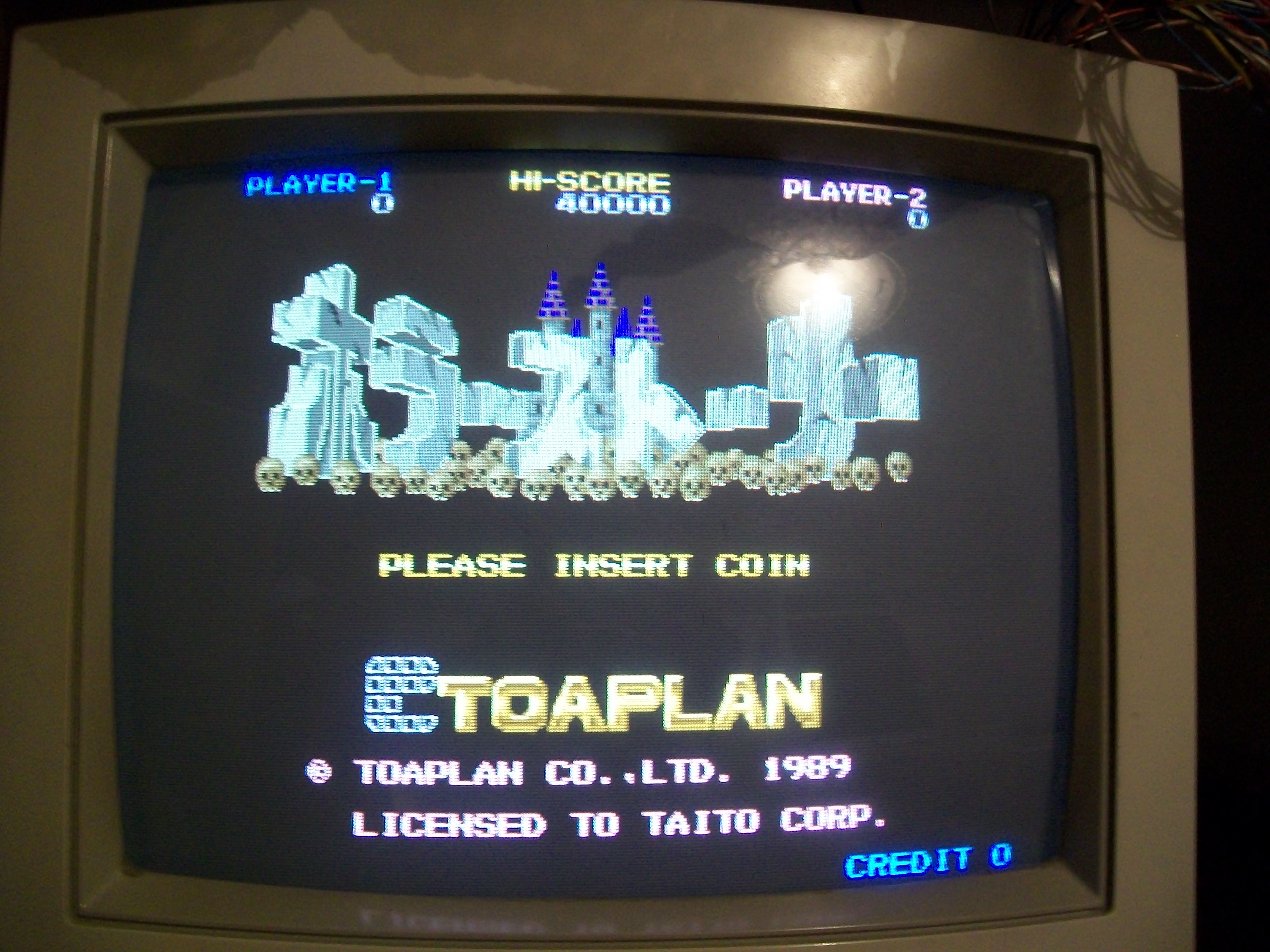