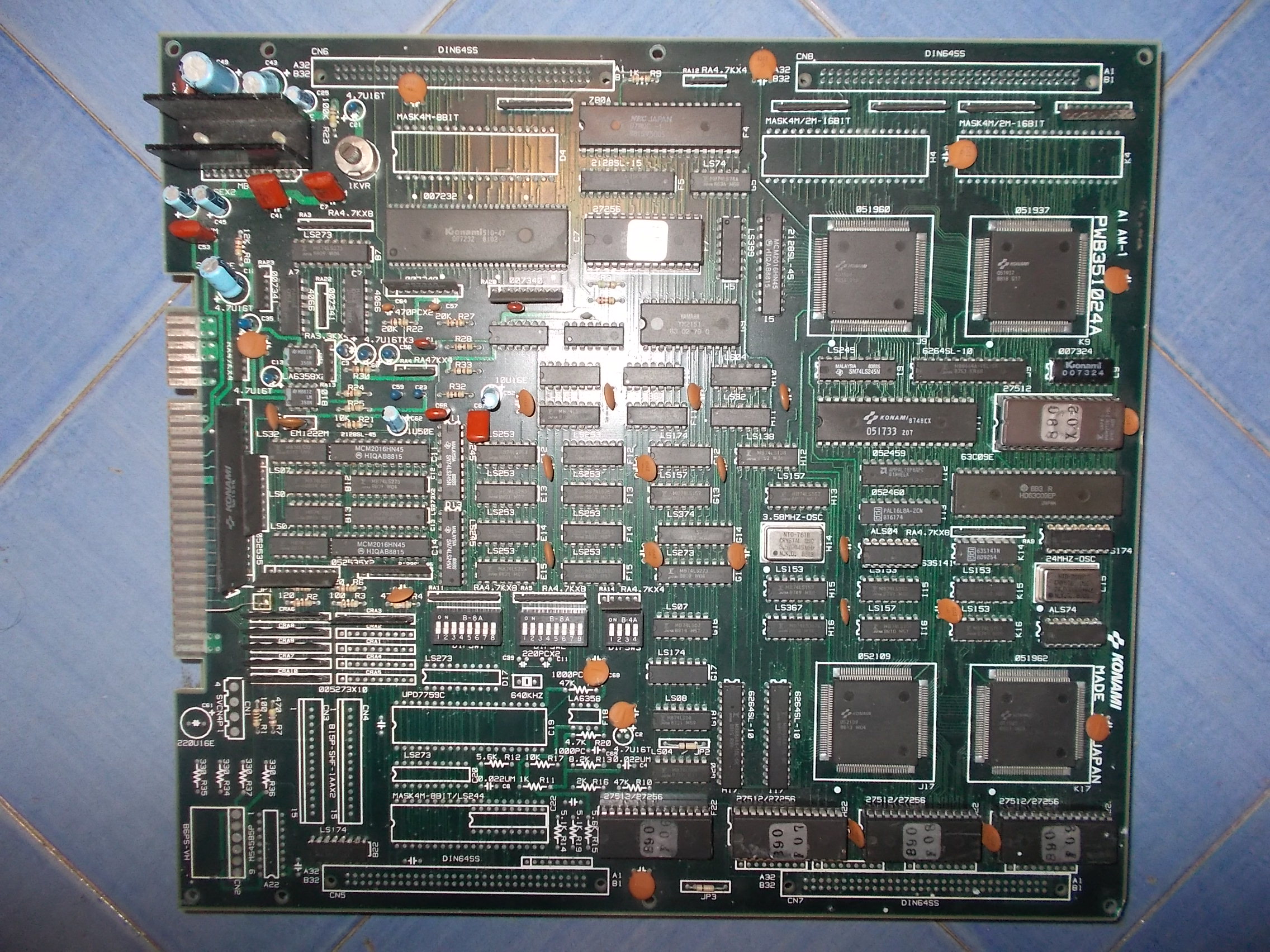 The board was constantly watchdogging sign that no valid code was executed : 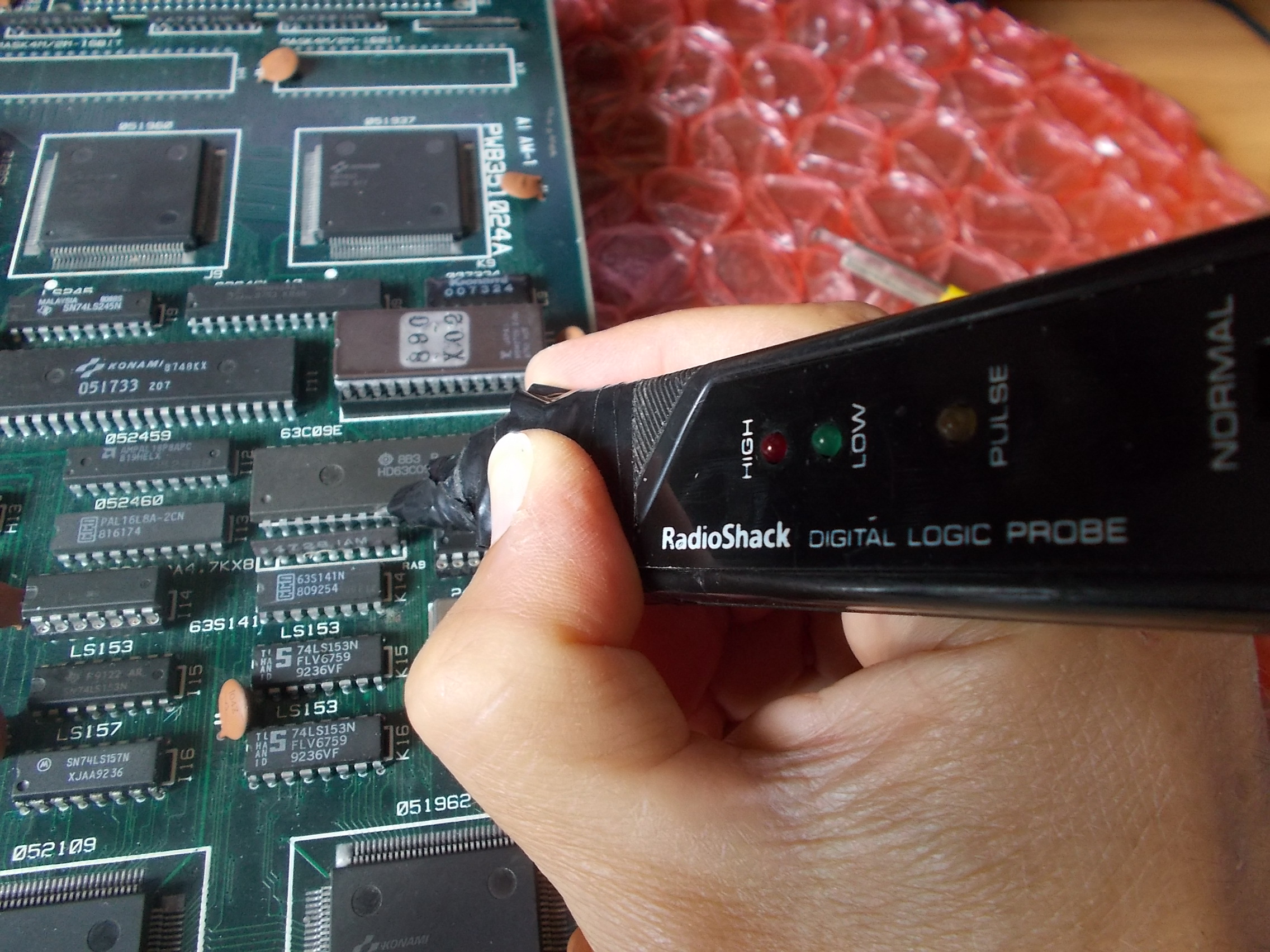 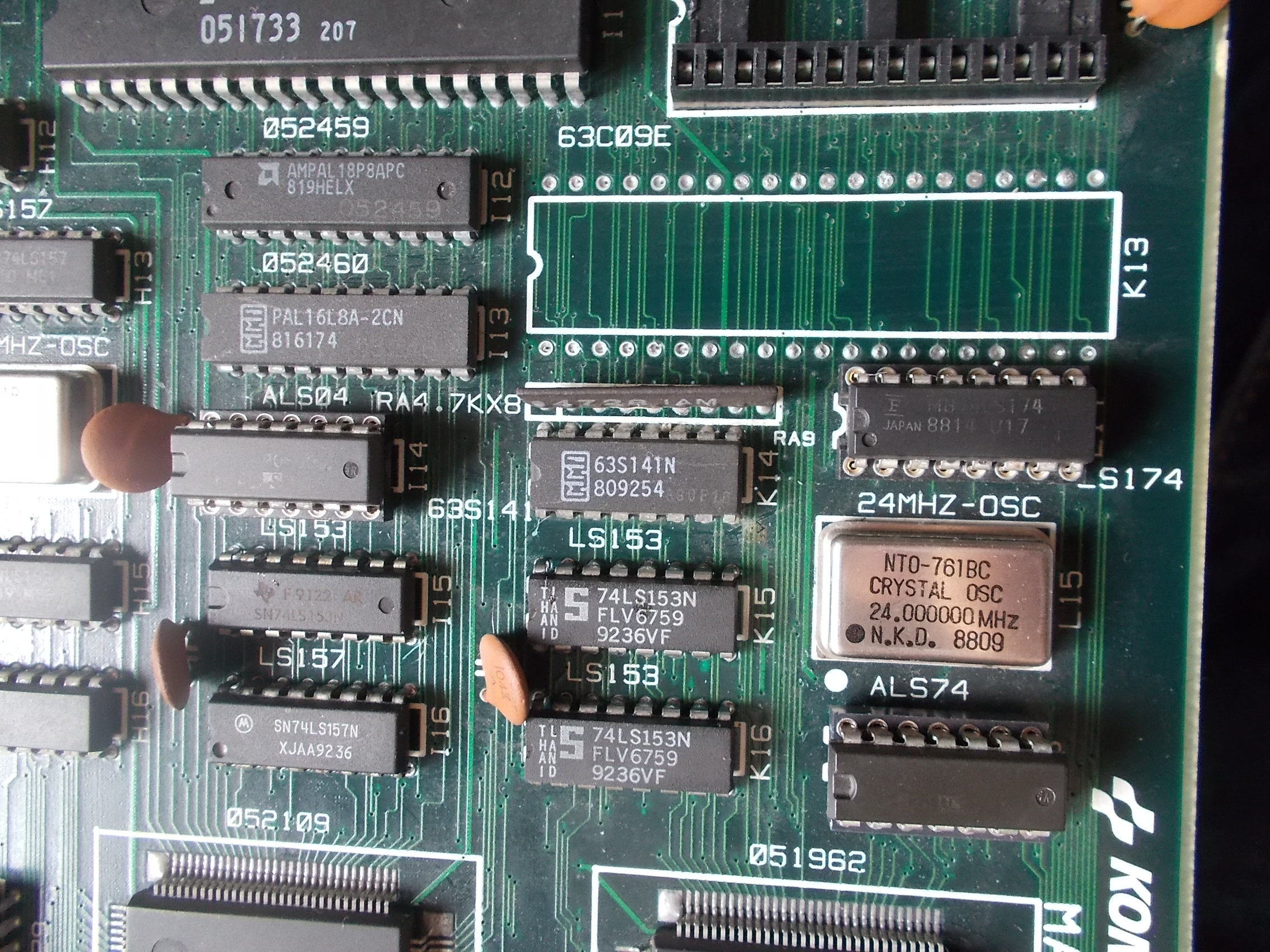 Trying the CPU in another board confirmed it was really bad so I replaced it.The board booted up but it was failing the POST showing two bad devices which at fist glance I could not recognize due the complete lack of graphics : 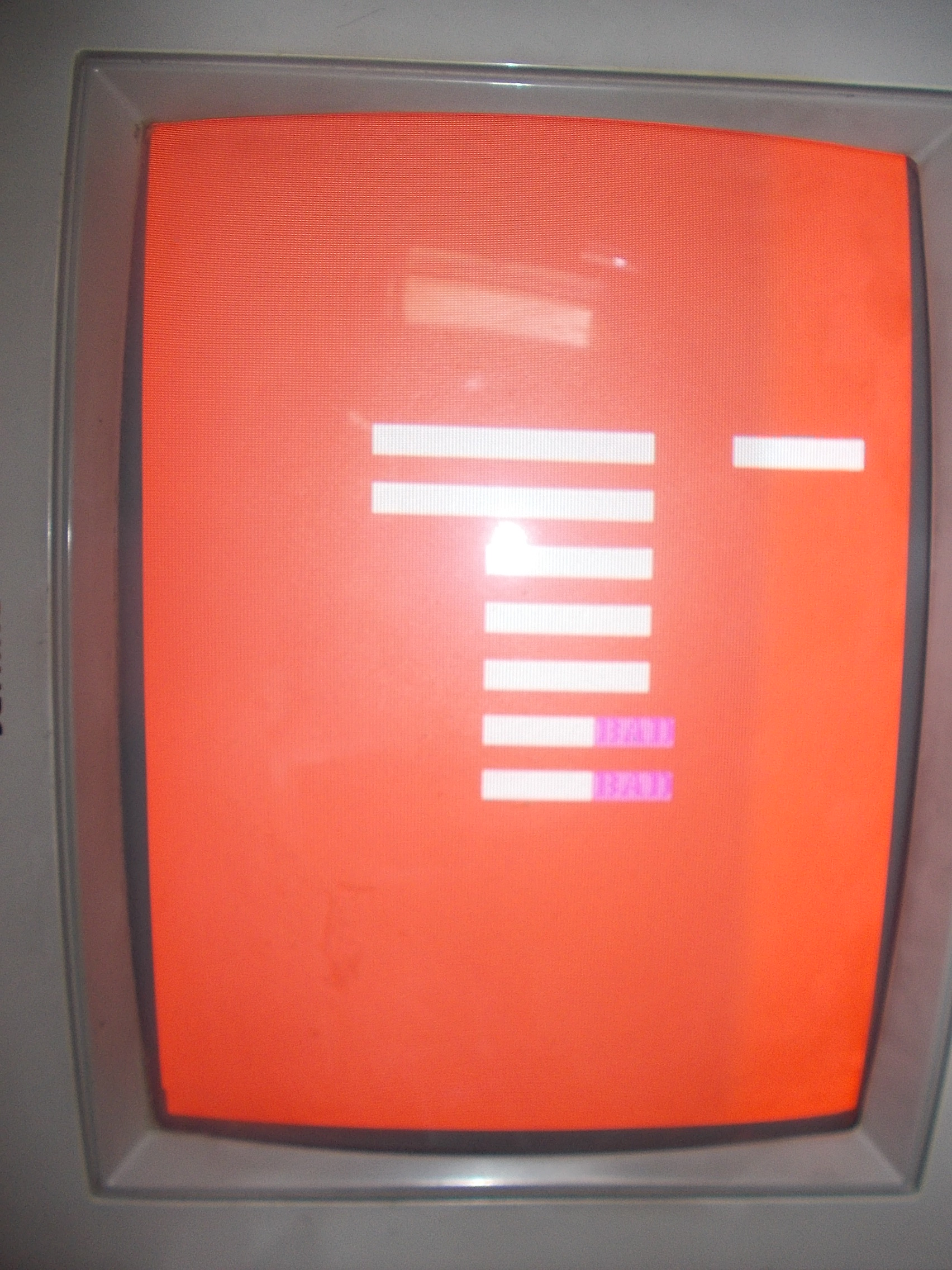 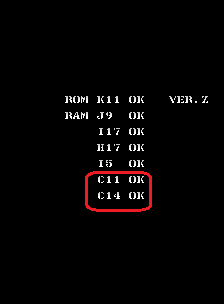 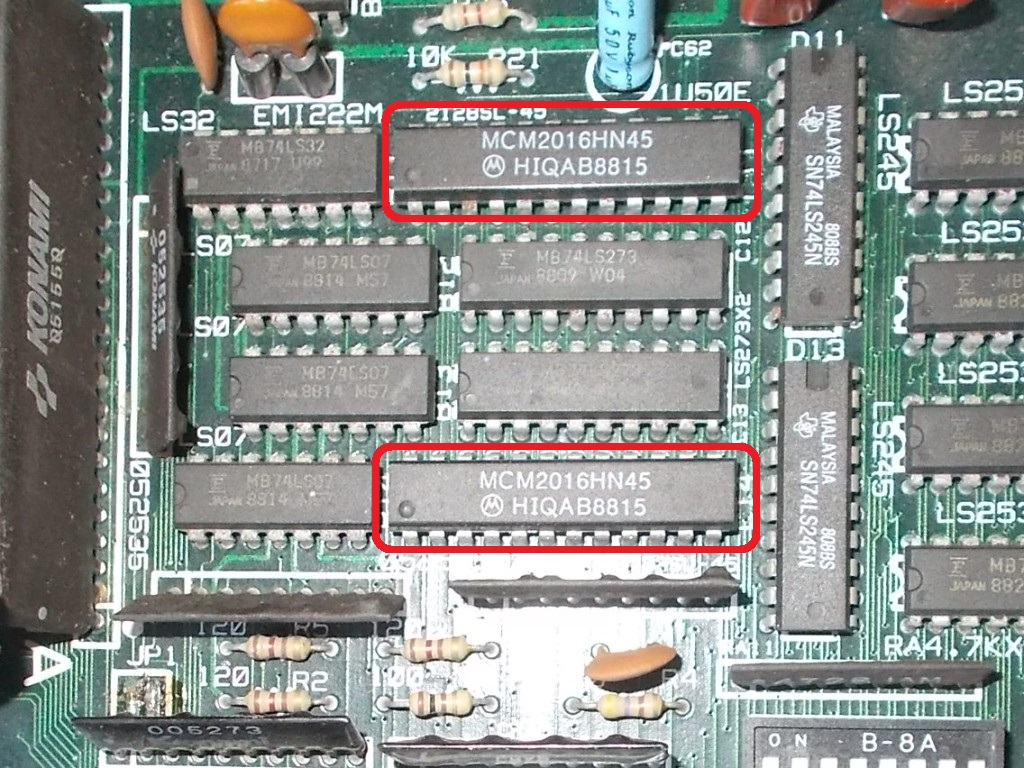 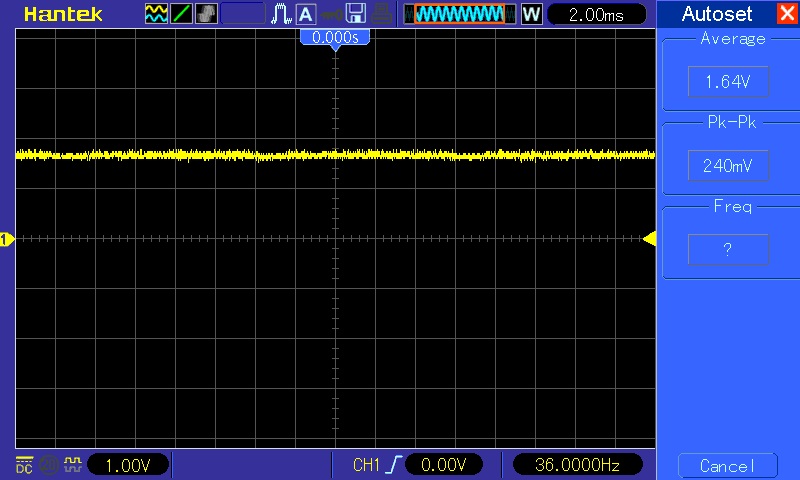 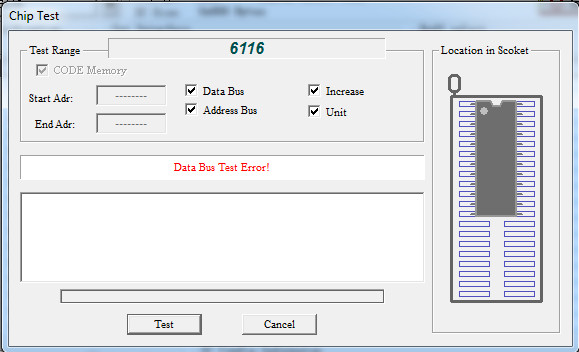 Now the board booted into game but with severe graphics issue : the backgrounds had wrong colors and sprites were missing.Sound was absent too:

I dumped the four OTP MASK ROMs that store tiles data and found three bad ones : 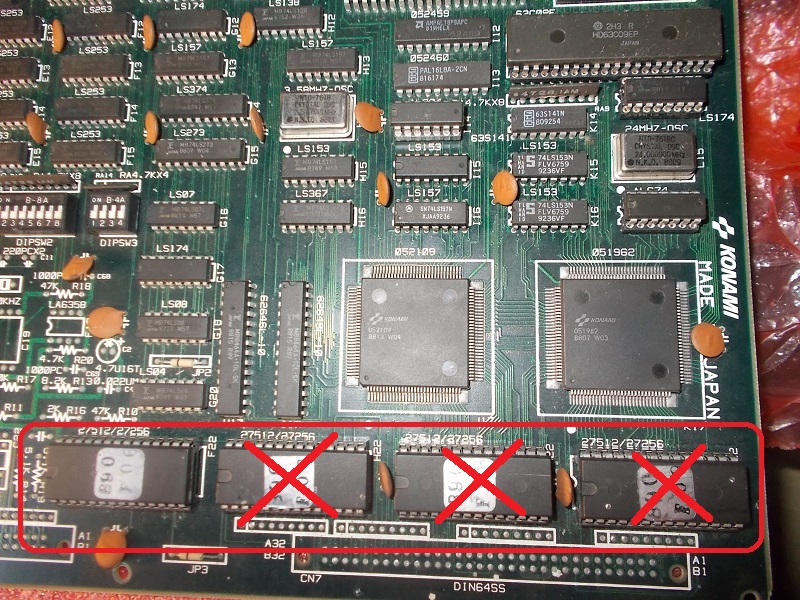 But this made no real improvements.Board is almost fully populated with Fuitsu TTLs so I went to test them in-circuit with a logic comparator starting from this part of circuit which is involved in color generation  : 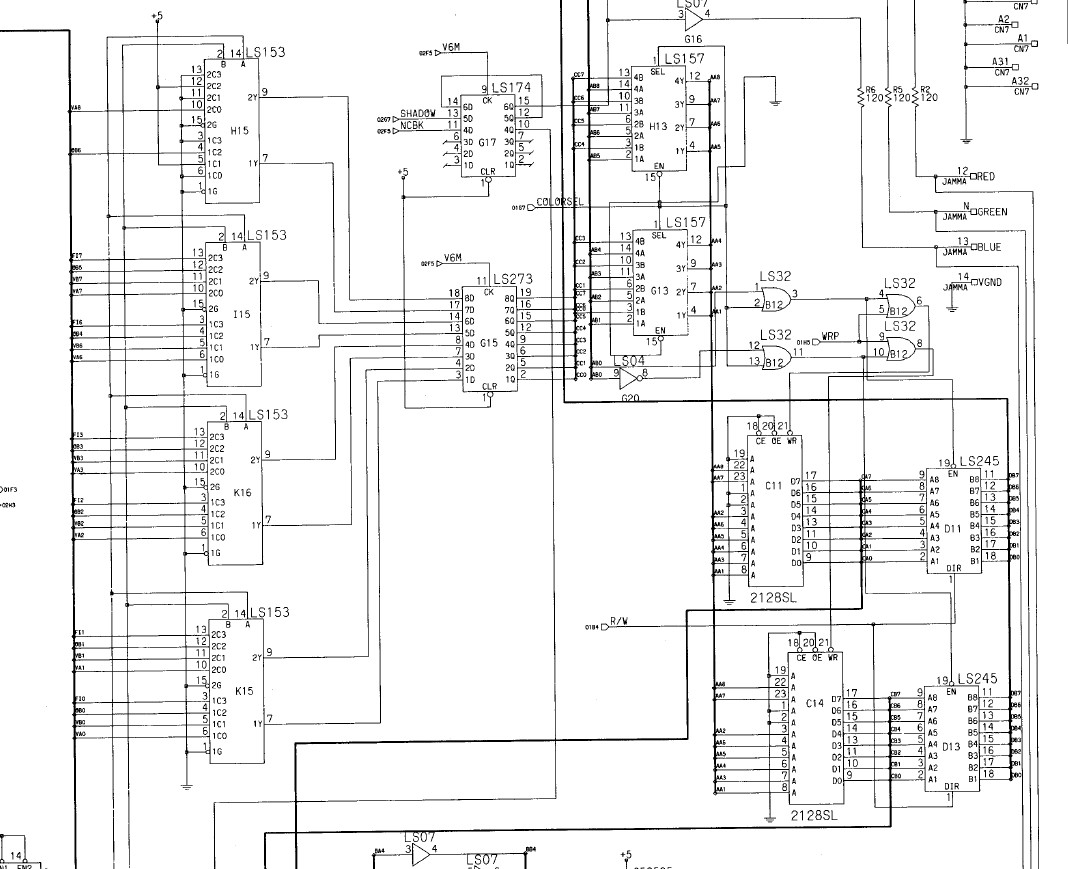 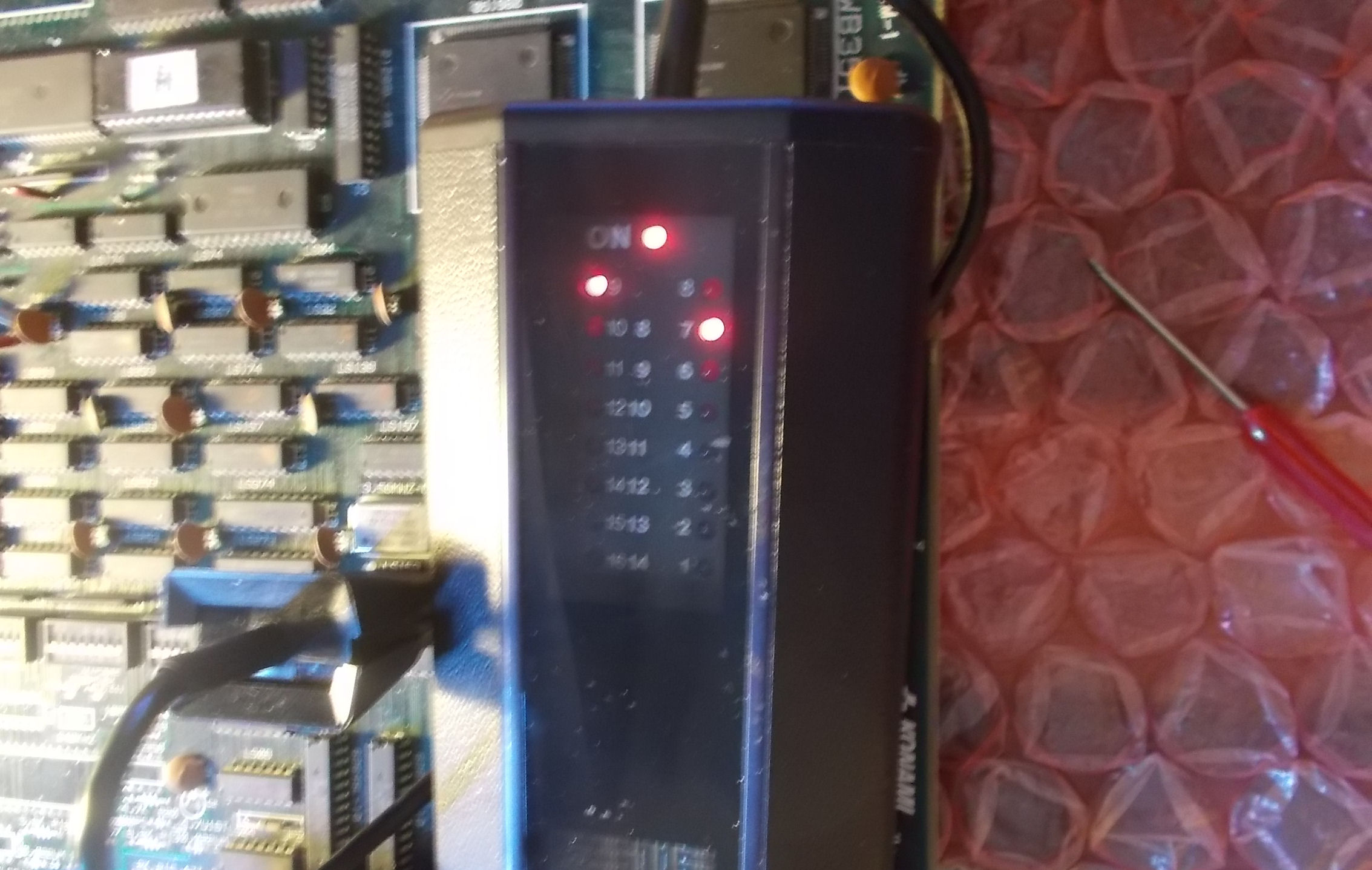 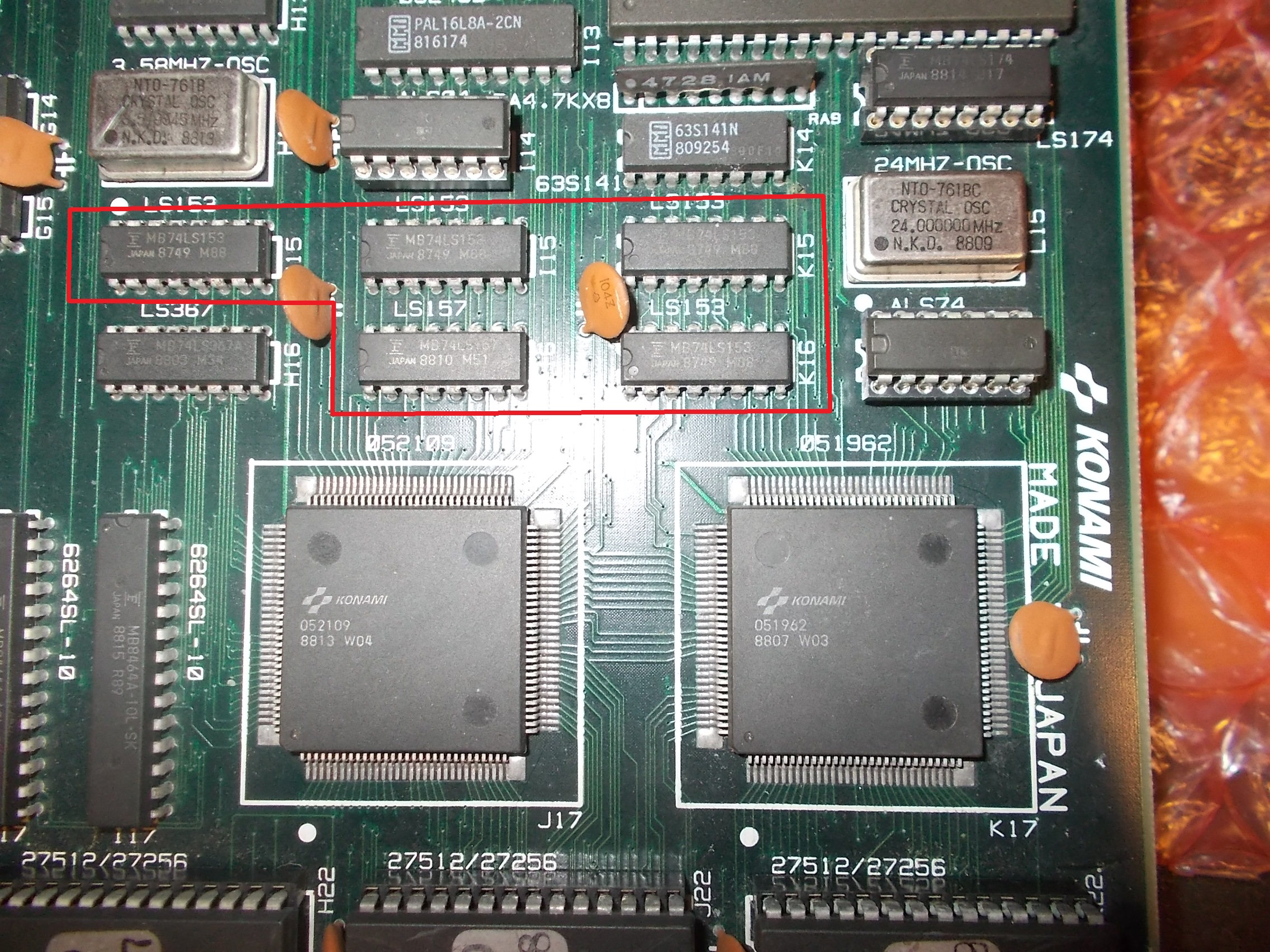 I decided to troubleshoot for first the lack of sound.Found in rapid succession these bad ICs: 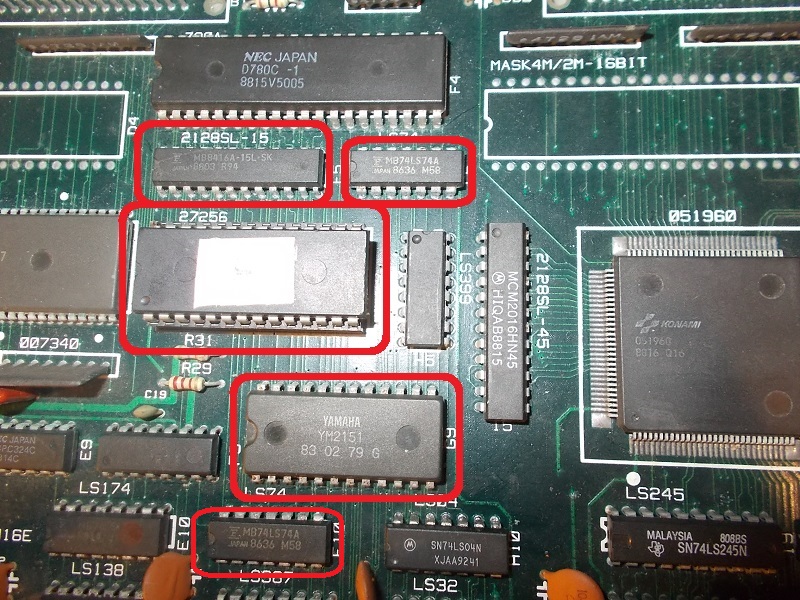 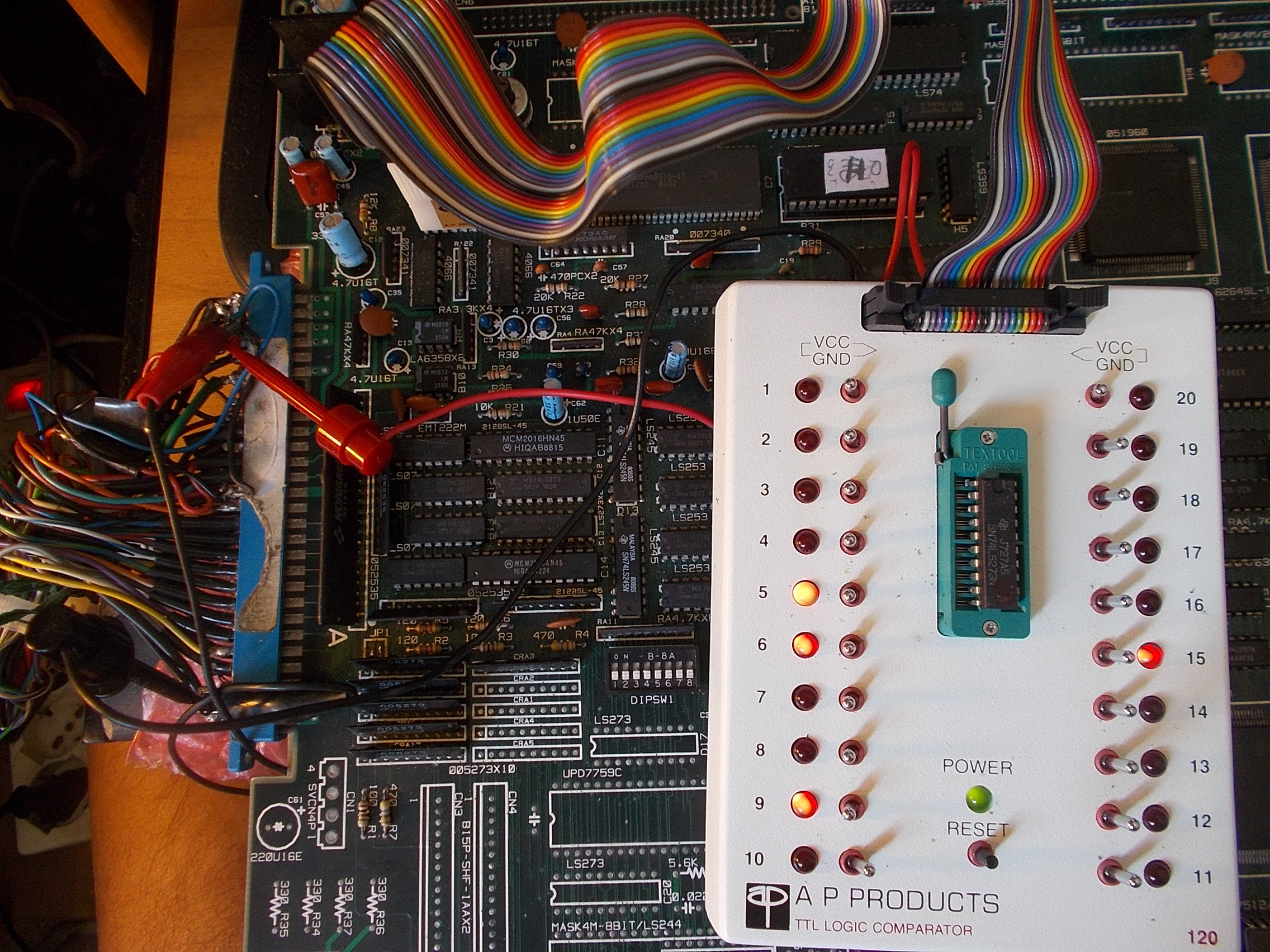 Now the lack of sprites.MASK ROMs check reported two bad devices @H4-K4 which are the ones  storing sprites data: 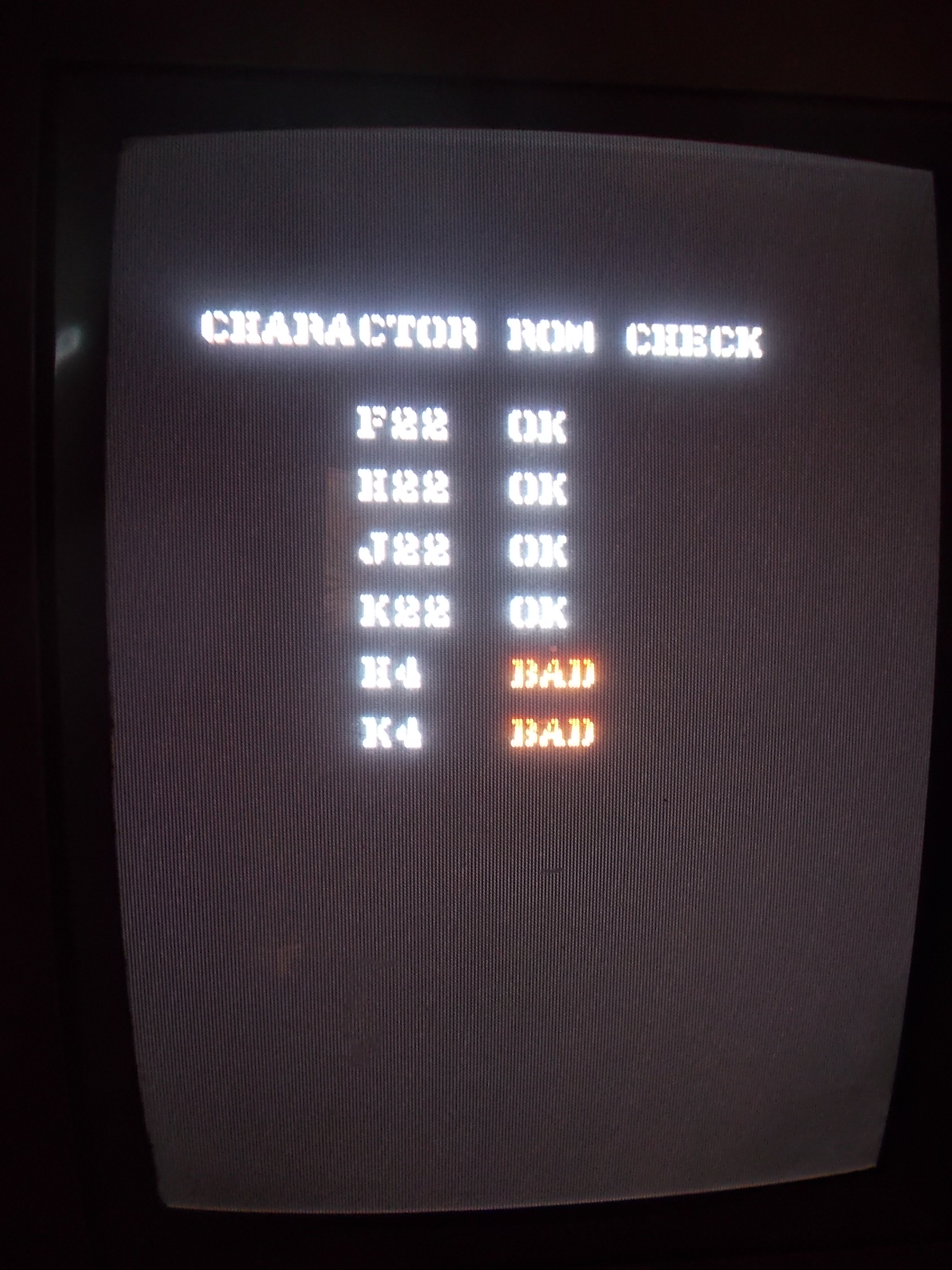 This particular PCB uses a bottom ROM board with sprites and audio samples ROMs : 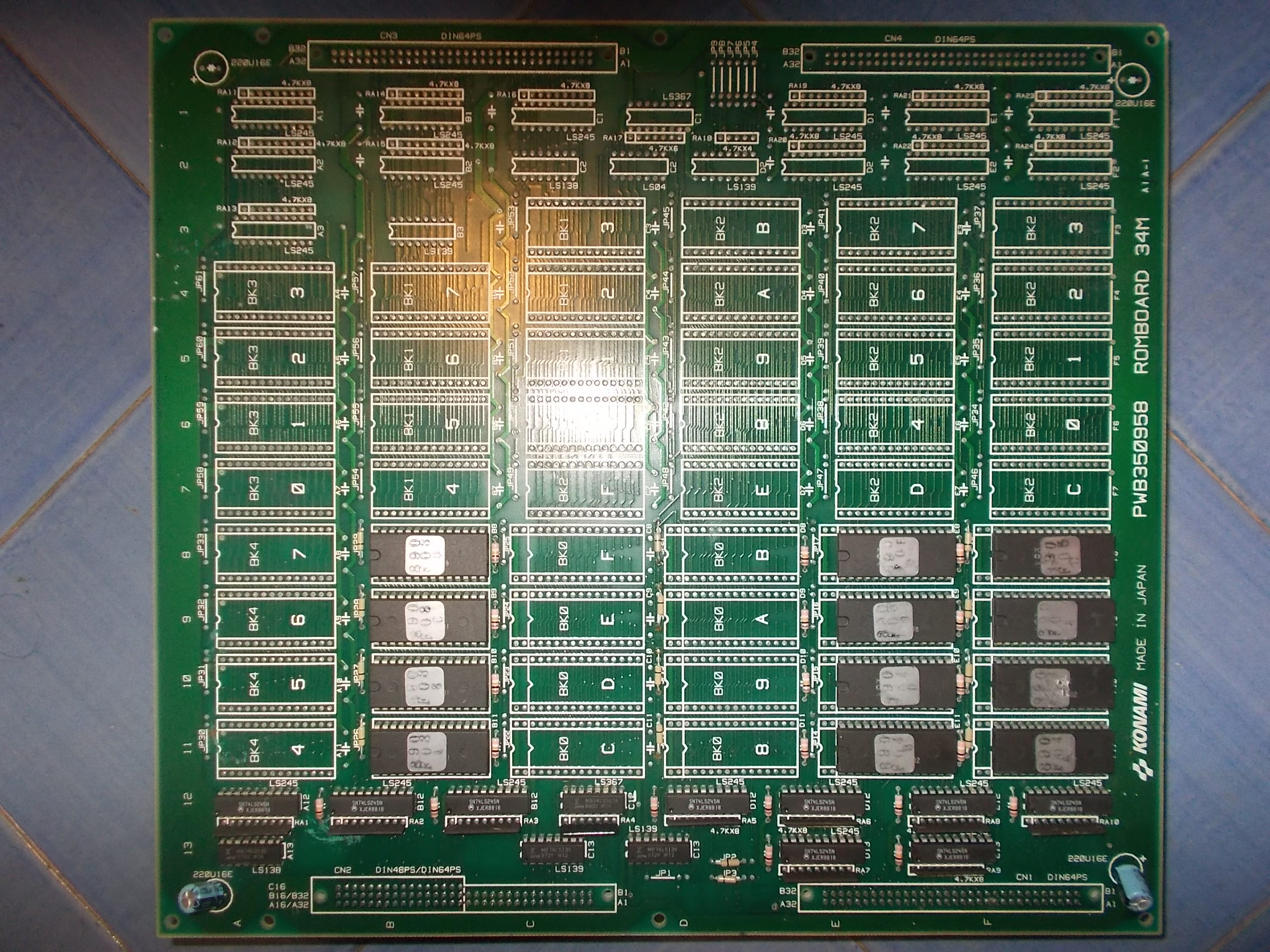 But the top board can also host three 4Mbit devices for the same data so you can get rid of the ROM board : 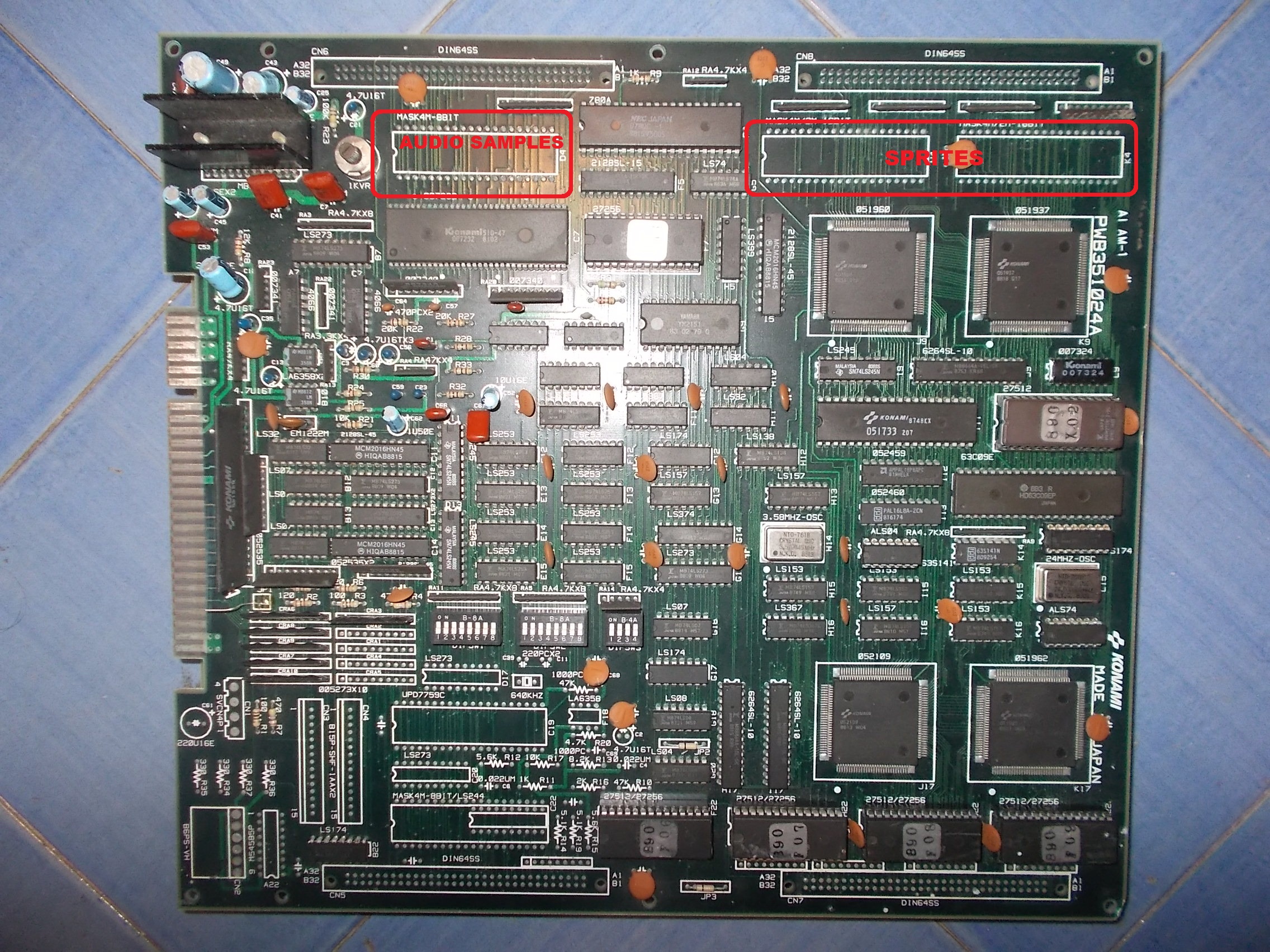 This is what I opted instead of troubleshooting it since all the splitted ROMs were soldered in.I programmed three 27C400 EPROMs with MAME dumps: 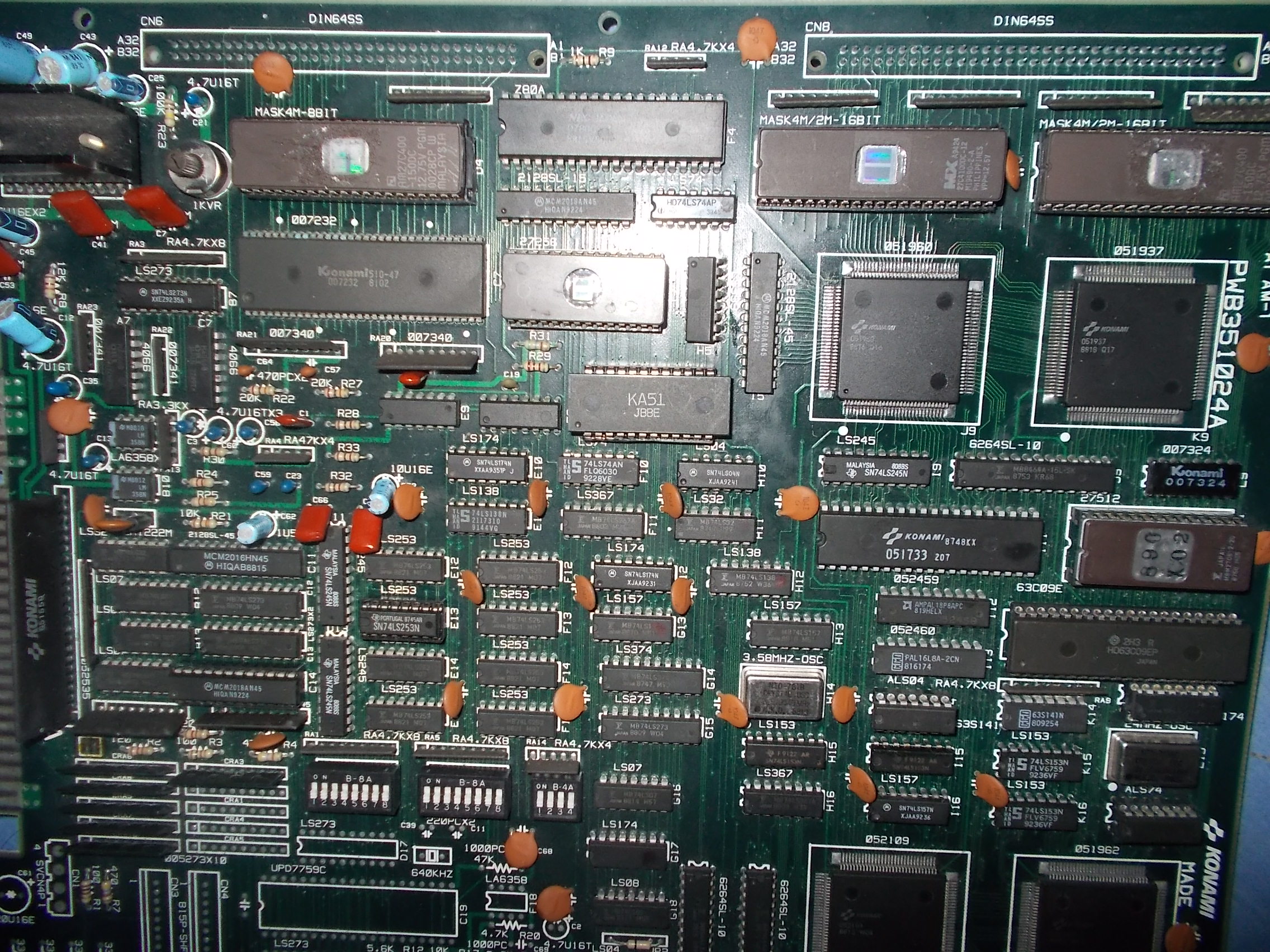 The last issue I had to fix was releated to inputs, P1 UP was not working.Using schematics I quickly found and replaced a 74LS253 @E13 with a bad ouput : 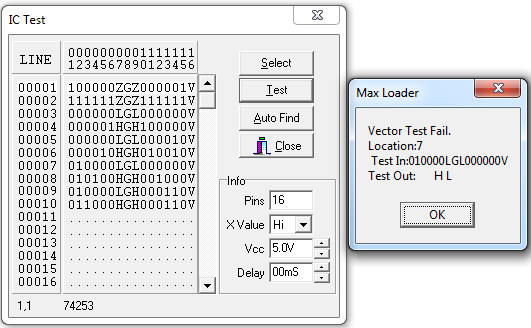 Board finally 100% fixed and another battle won against Evil Konami and Fujitsu with this big booty: 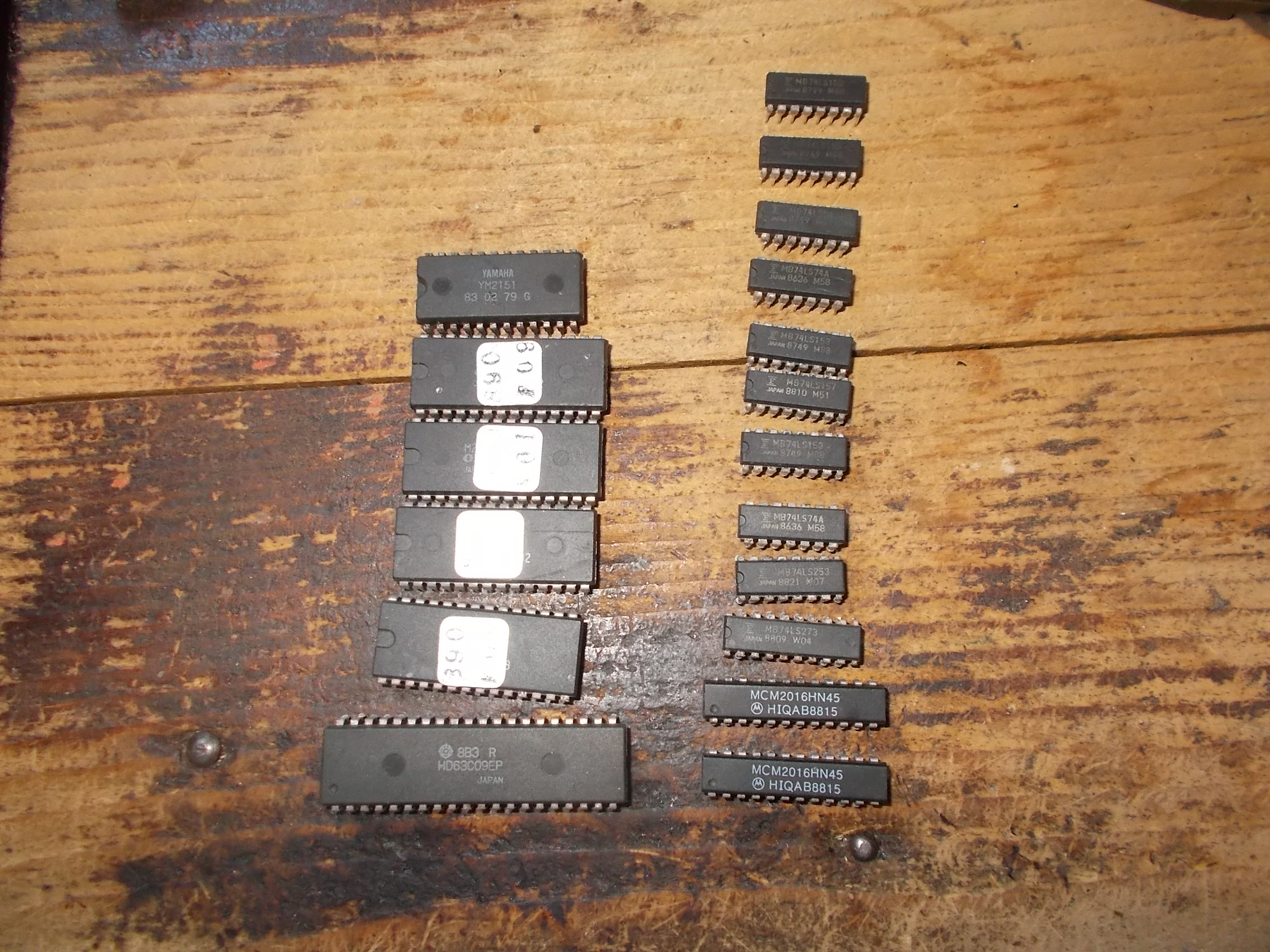