Got from Portugal another Dogyuun PCB (after the one of some months ago), this was declared as ‘dead’ by the owner : 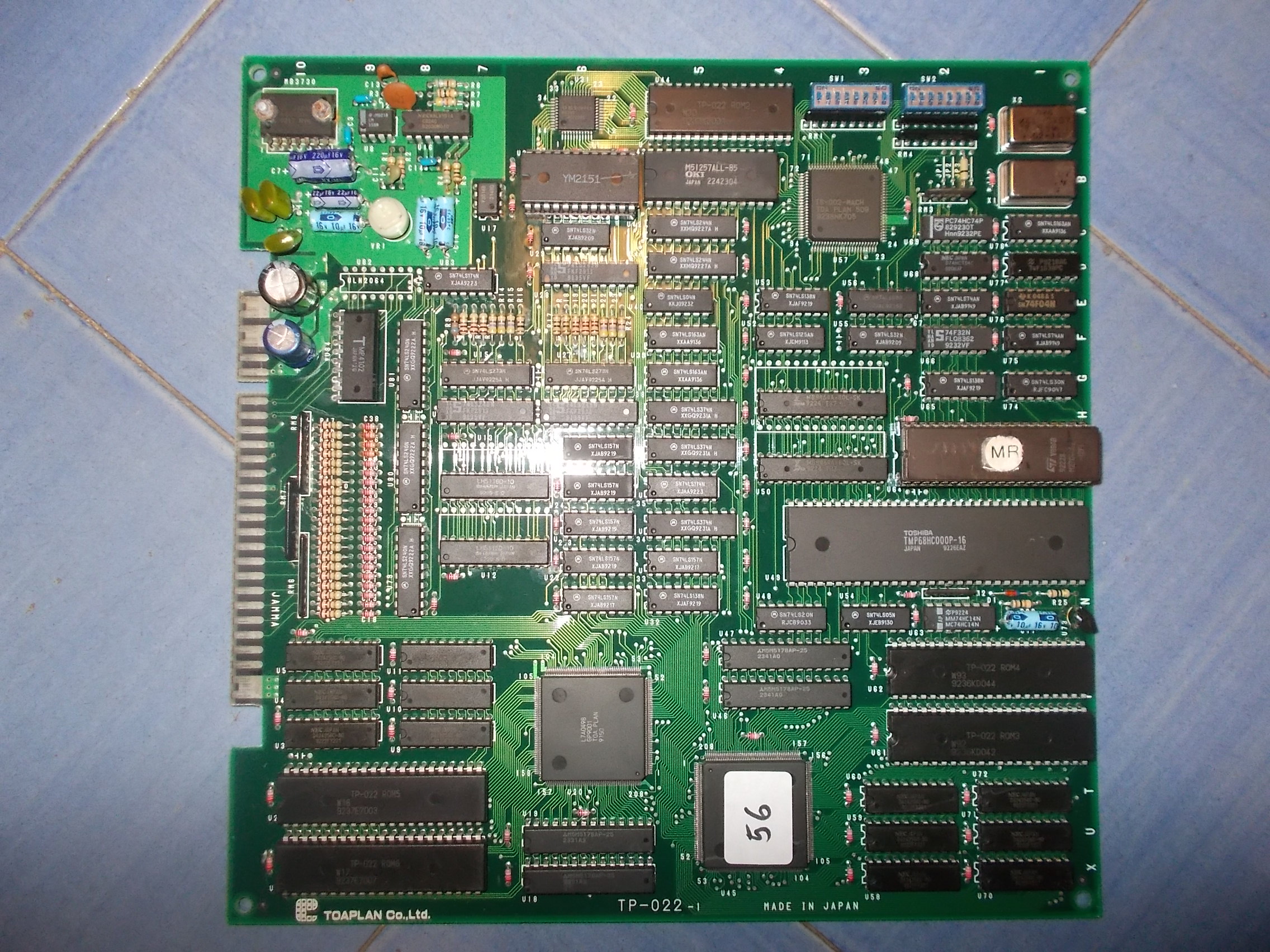 And it was so.All I got was a steady black screen, no activity on board, no clock on 68000 main CPU.I checked voltages on edge connector and there was no +5V  so the board was actually not powered : 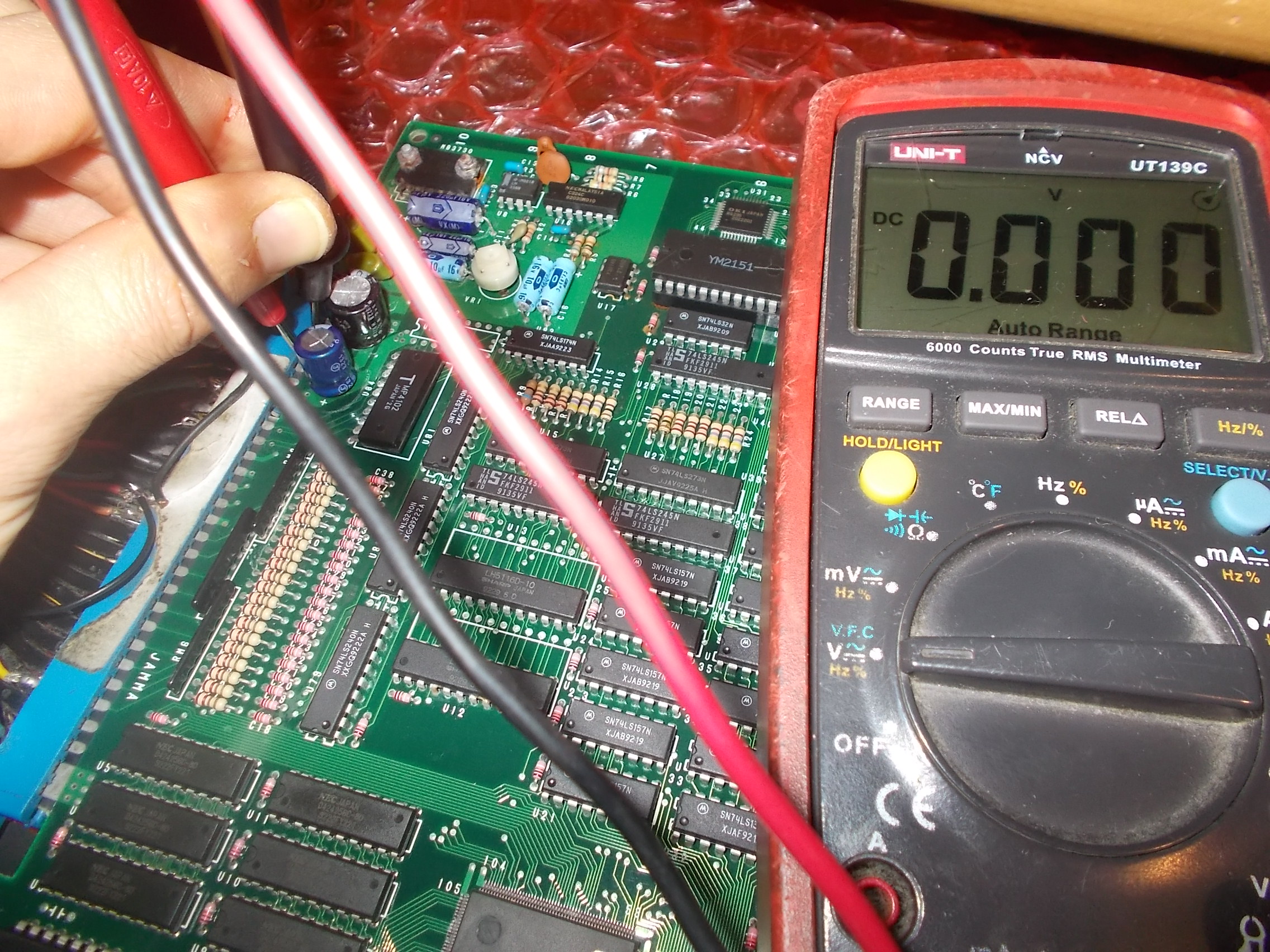 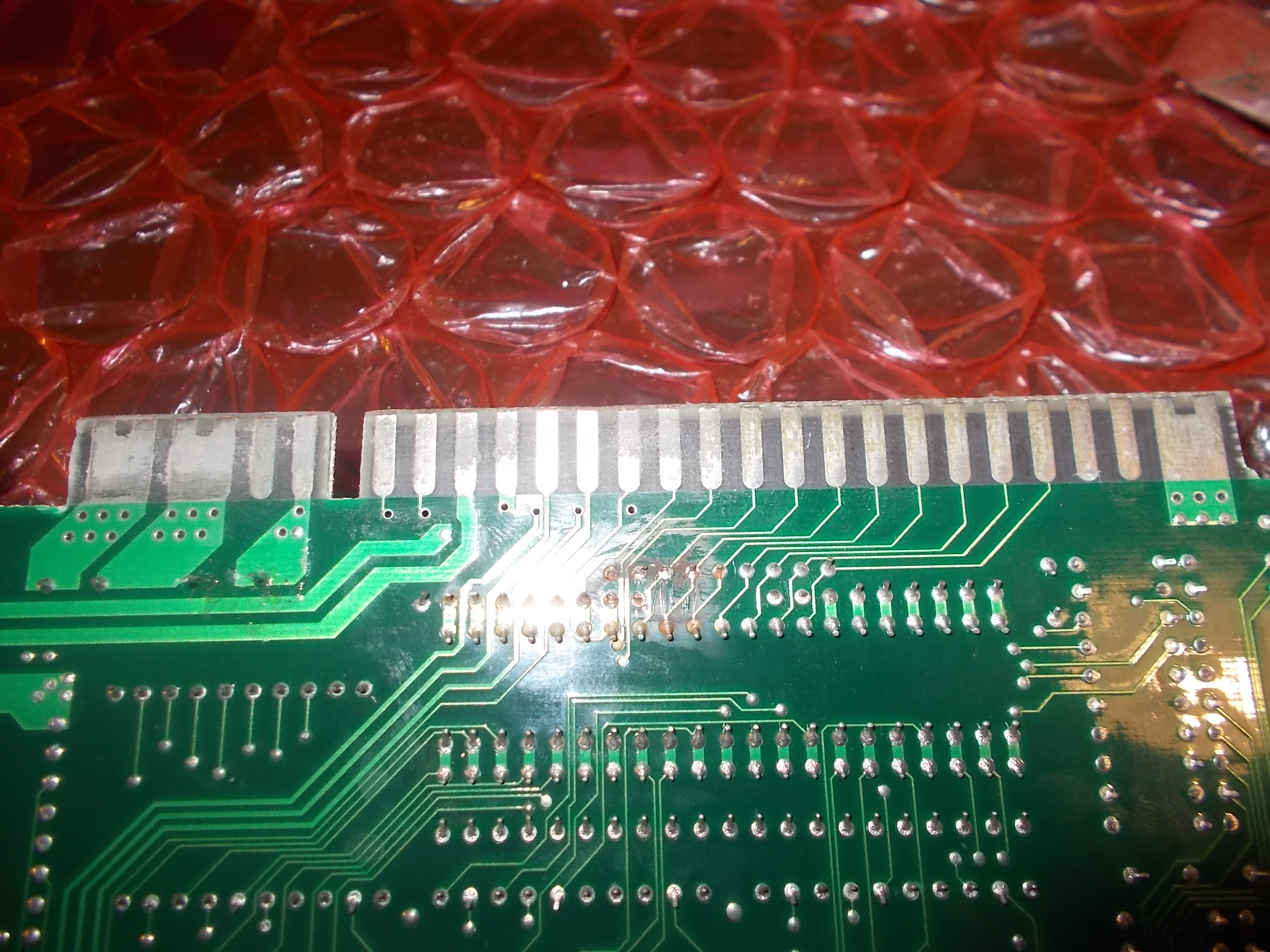 Once cleaned it the board booted and played fine but sound samples were muffled and some static noise was present :

Some sign of electrolytic capacitor leaking was present on sound section : 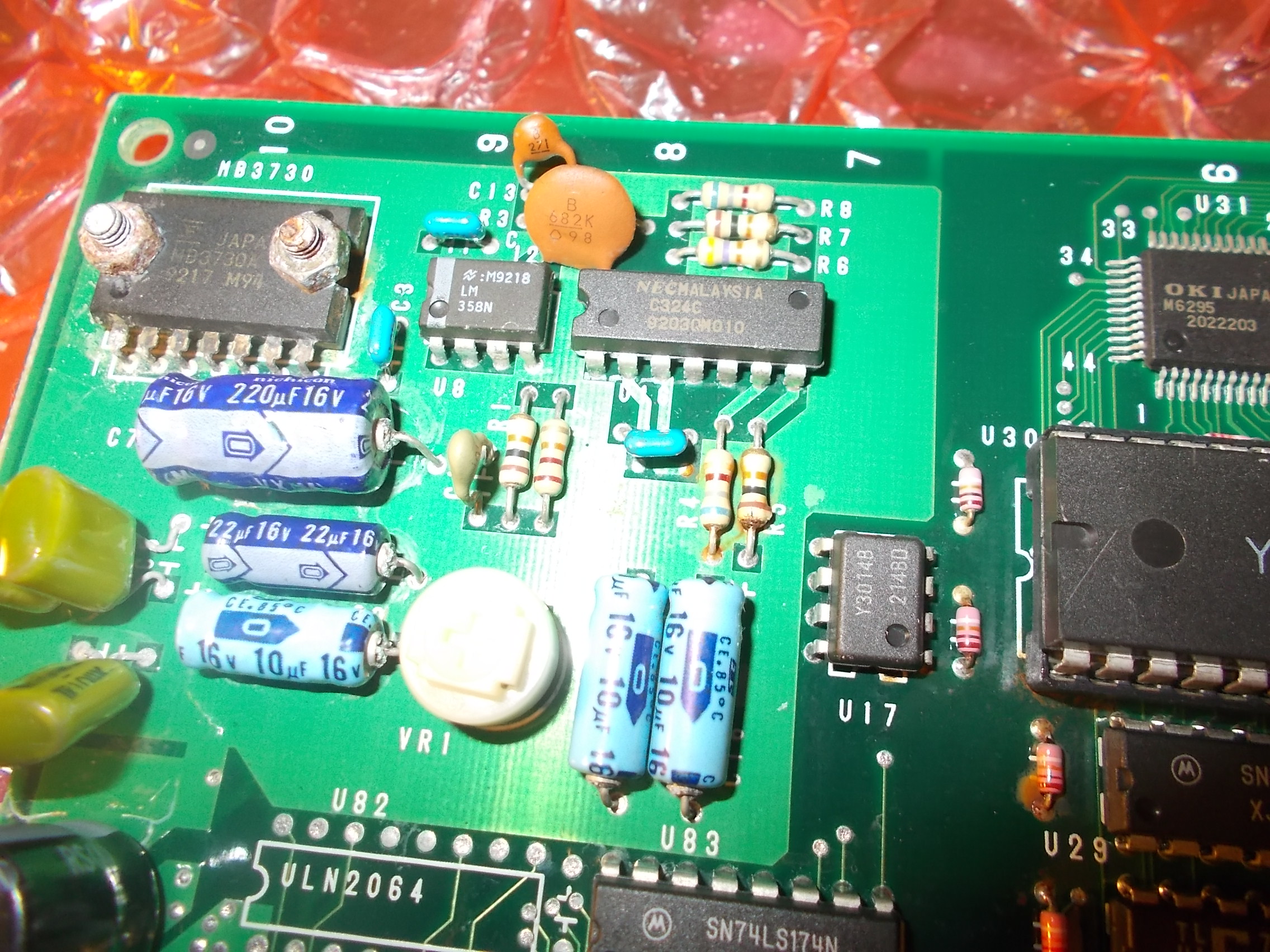 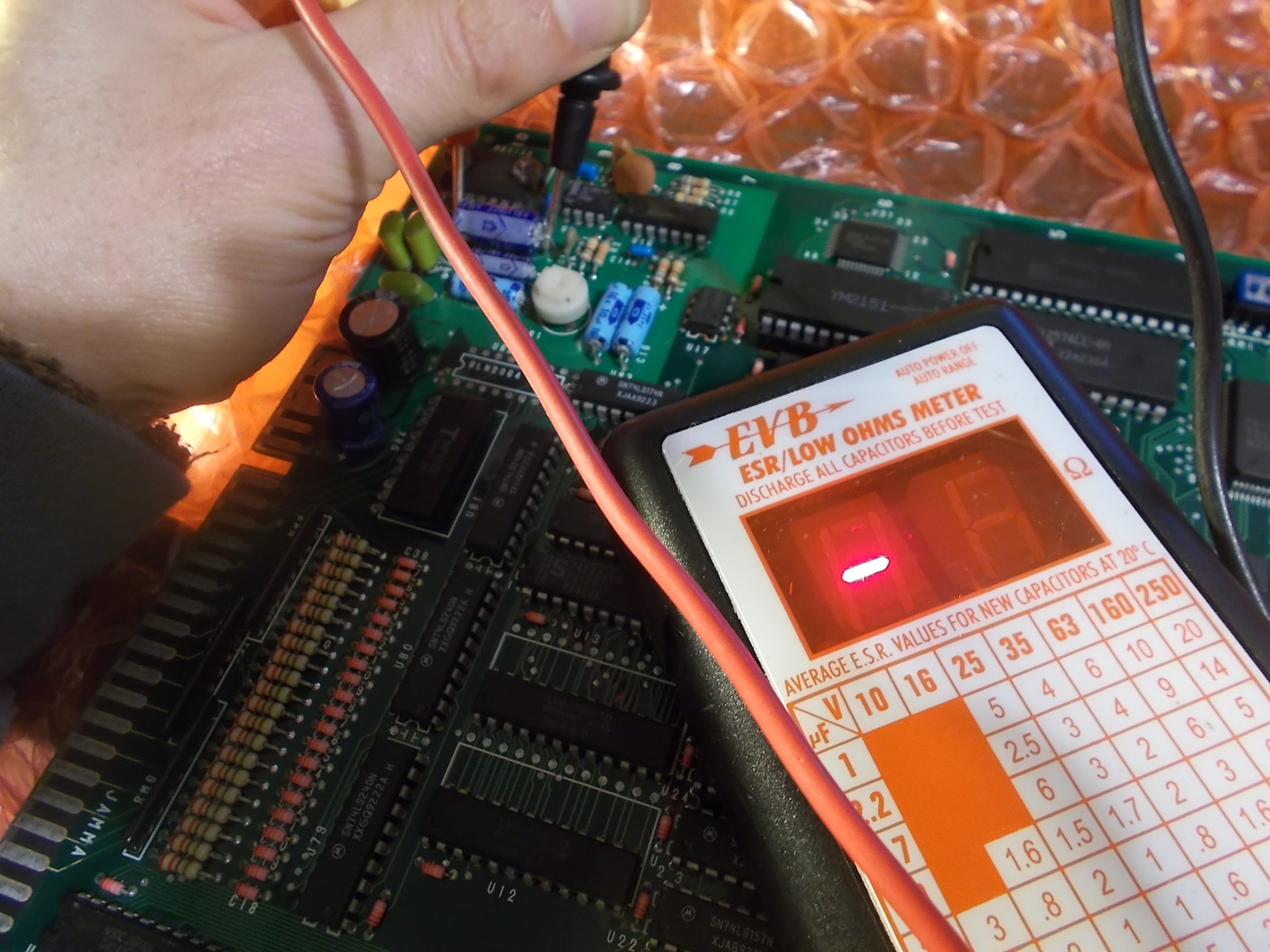 I replaced them, this restored clear sound.No other issue were found so board 100% fixed.