Got from Portugal this almost mint but not working Dogyuun PCB, a shoot ’em up released by Toaplan in 1992: 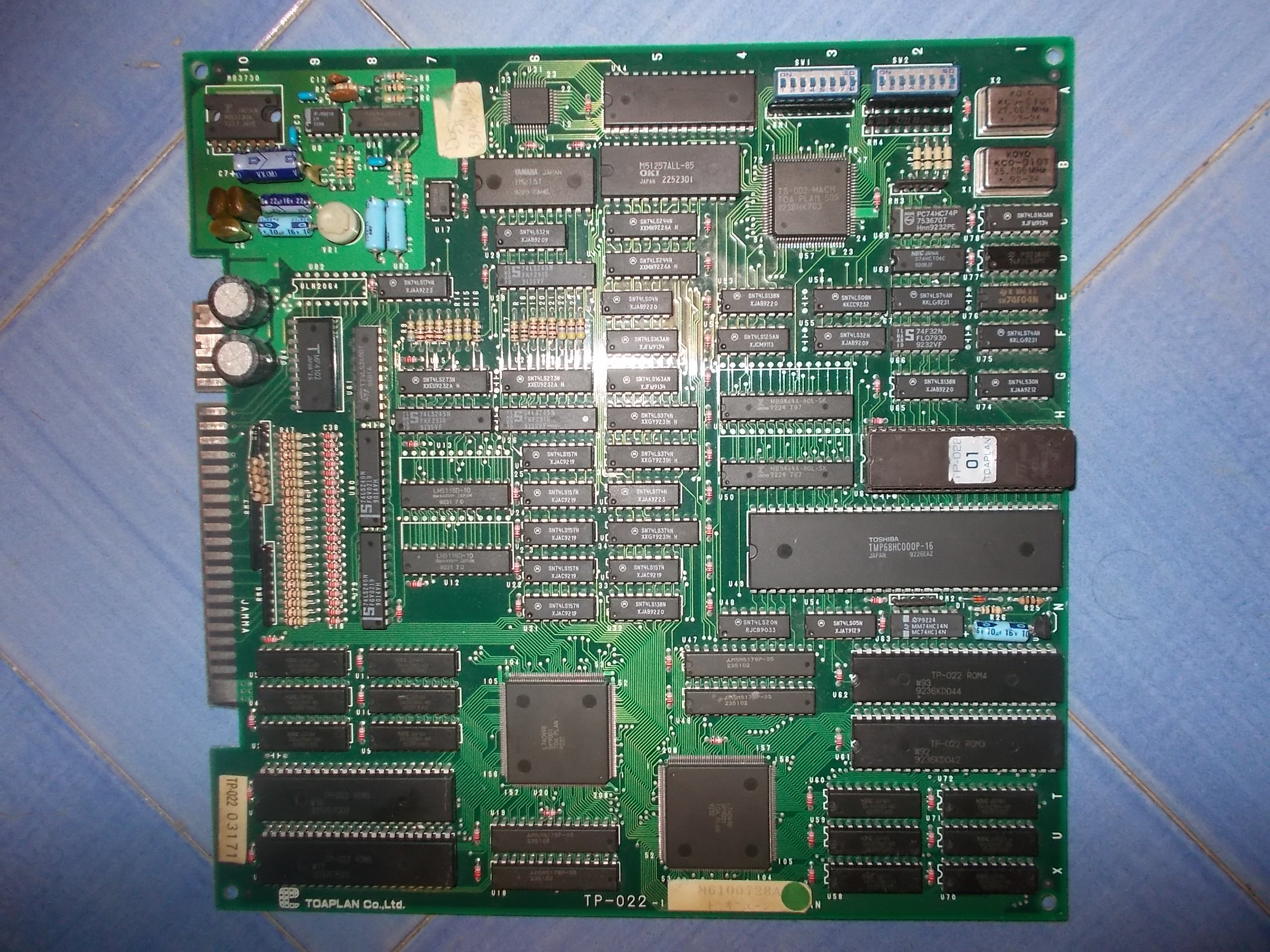 On power up, after the system got initialized, board sat on a black screen.Main 68000 CPU was halted at this point,no sign of activity on all busses and control lines:

Usually this happens when a device (most of times RAMs) in the CPU address space doesn’t answer to initial check.So I went to probe RAMs and found that the two Mitsubishi M5M5178 @U46-U47 (8k x 8bit static RAM compatible with 6264) had /OE and /WE lines stuck (they are addessed by one of the GP9001 ASIC so the are VIDEO RAMs) 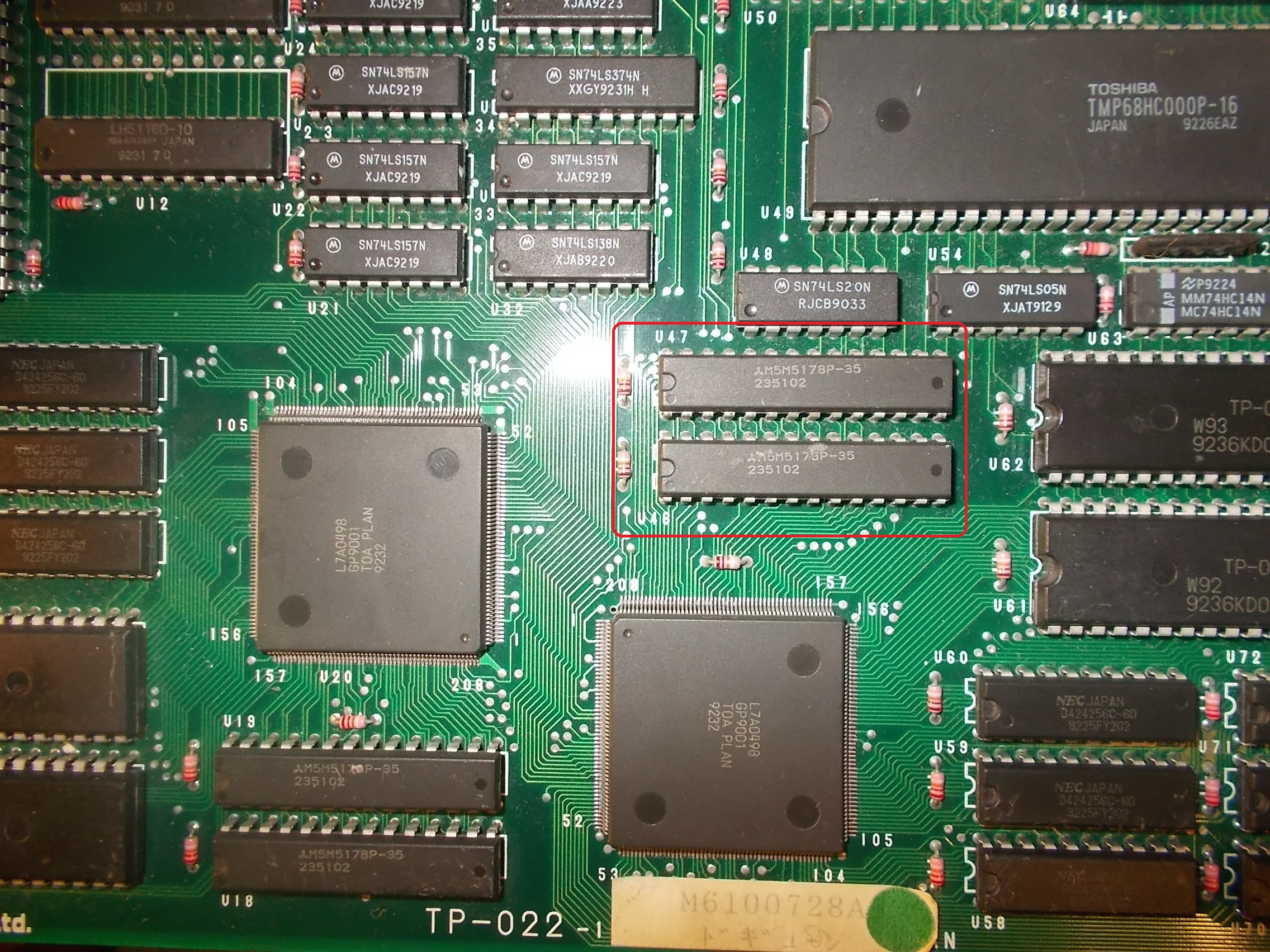 When I went to piggyback the one @U47 the board successfully booted and entered in game: 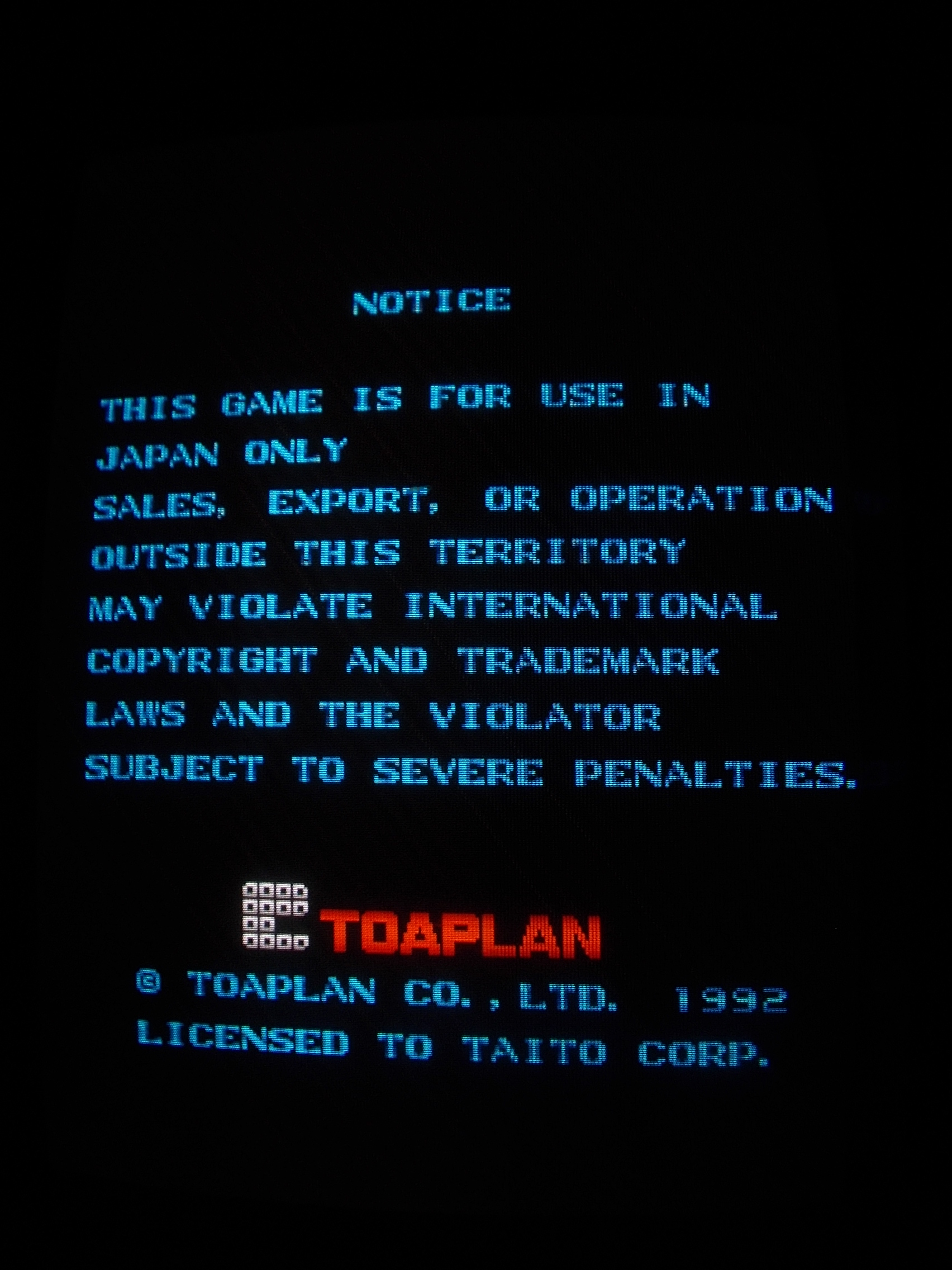 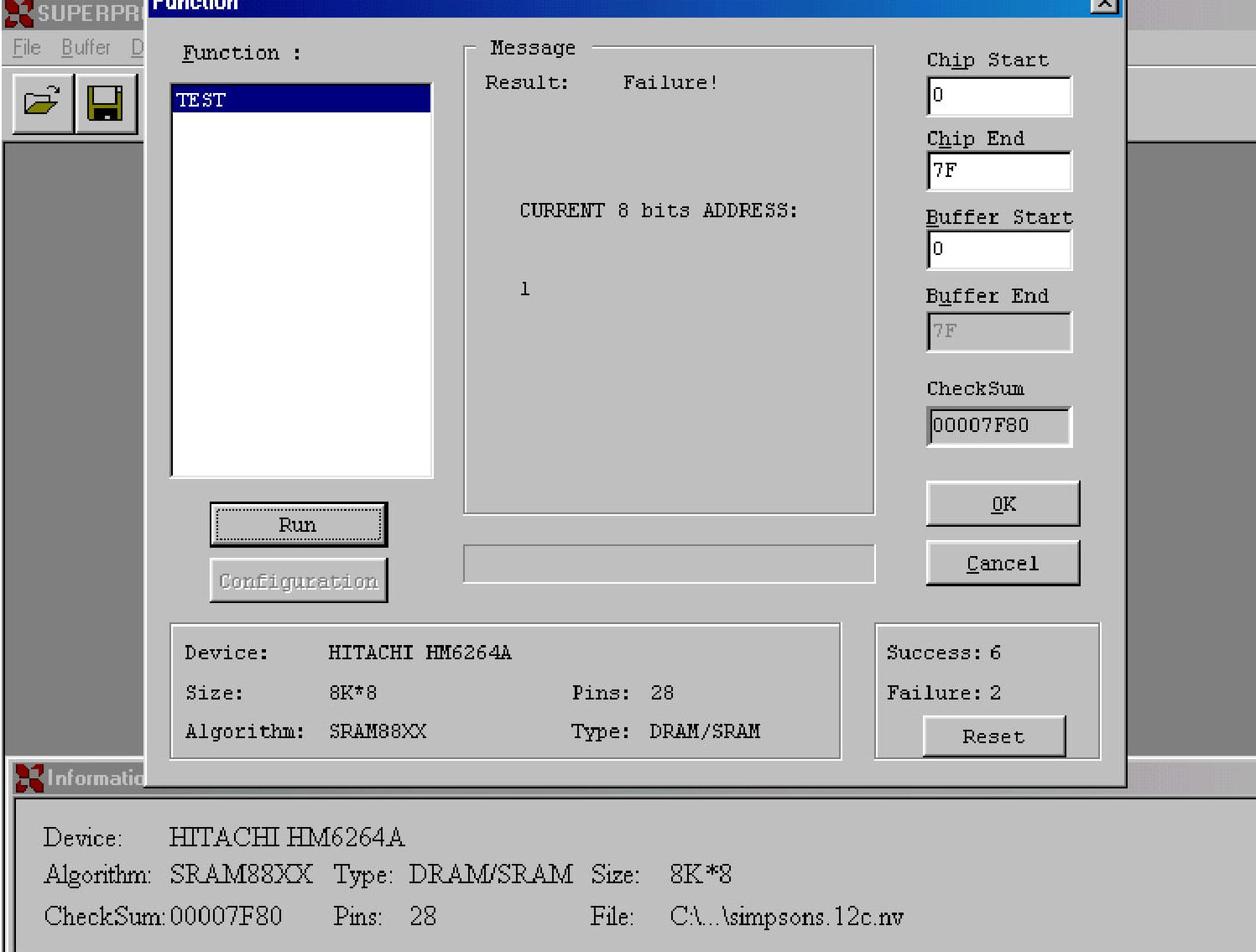 The game was fully playable but while testing I noticed some of the player 2 inputs didn’t work, in particular LEFT RIGHT, BUTTON 1 and 2 were responding at same time when one of them was activated.This can be clearly seen in the input check of TEST mode:

Checking with a logic probe the relevant pins of the  JAMMA edge connector revealed that they were floating when usually they must stay in HIGH state when not activated (and then LOW when input is activated).Pull-up resitors or resistors array are used most of times to keep the inputs in HIGH state.When I went to check with a multimeter the 4.7K array @RM7 I found no reading from pin 5 onwards :

So it was most likely internally cracked.Indeed, once removed, it fell off in two parts: 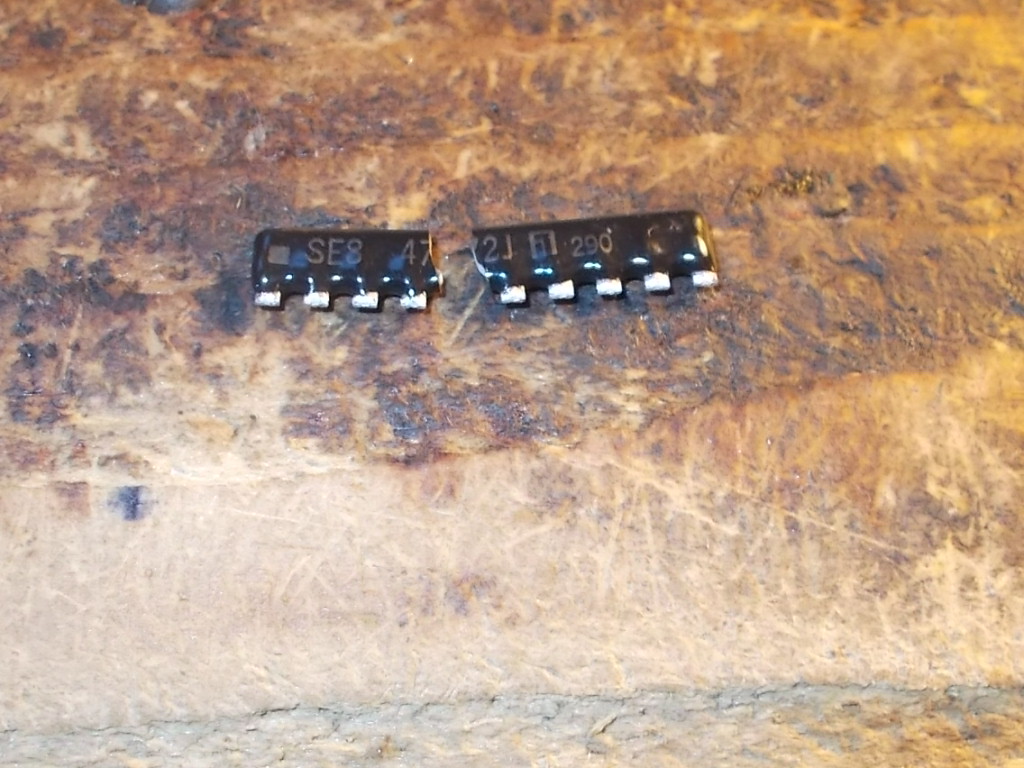 Fitting a good one cured the issue.Board 100% fixed.