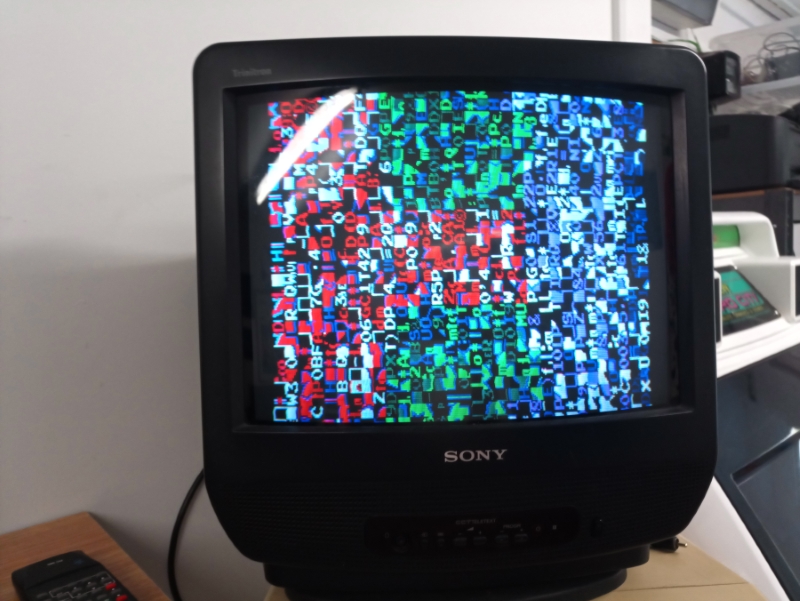 I checked the voltages at the far end of the PCB and saw they were quite low compared to what my PSU was set at. Adjusting the voltage to a bit higher brought the PCB voltage back up to a good point but made no difference to the fault.
Next job was to check the program ROM’s 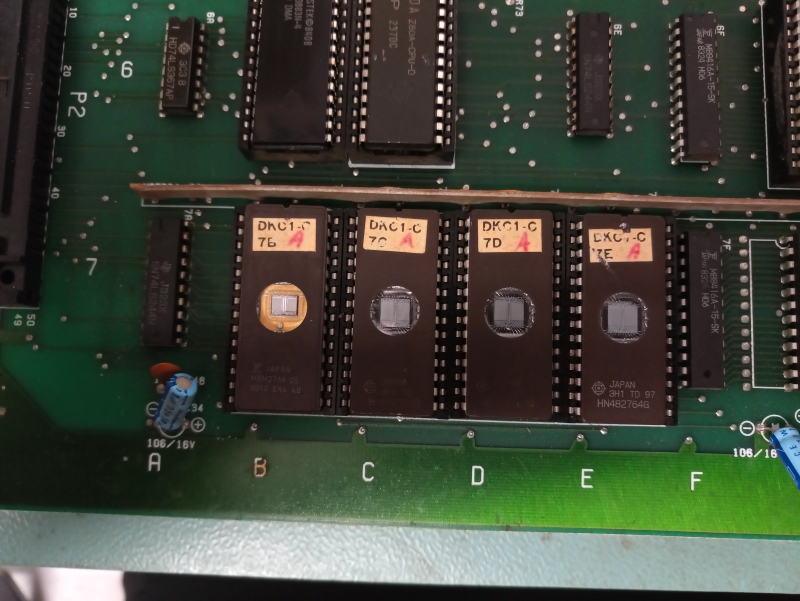 Found 7C, 7D & 7E had suffered from bit rot. I erased these and reprogrammed them with the correct data from the MAME set.
It didn’t make any difference at all so I started looking at the Z80 CPU signals and this is where I got a little confused.

At first glance and without really engaging brain too much I automatically assumed that there were two Z80 CPU’s side by side but checking the voltages and the signals left me scratching my head as they were not what I had thought. On closer inspection I realised that the one on the left is actually a Z80 DMA chip. I’ve not seen or even heard of these before so it something new to me.
I took to the internet and downloaded the datasheet for the DMA chip and also the schematics for this PCB too.
The CPU and the DMA chip are tied to the same busses and the DMA chip didn’t appear to be releasing the data bus to allow the CPU to do its thing.
I checked all the incoming signals to the DMA chip but found nothing odd so at this point I figured I needed to buy a new DMA chip so ordered one from eBay.
To help confirm my diagnosis I pulled the DMA chip and powered up the game. Sure enough it booted fine and ran but was missing the sprites which is to be expected really. 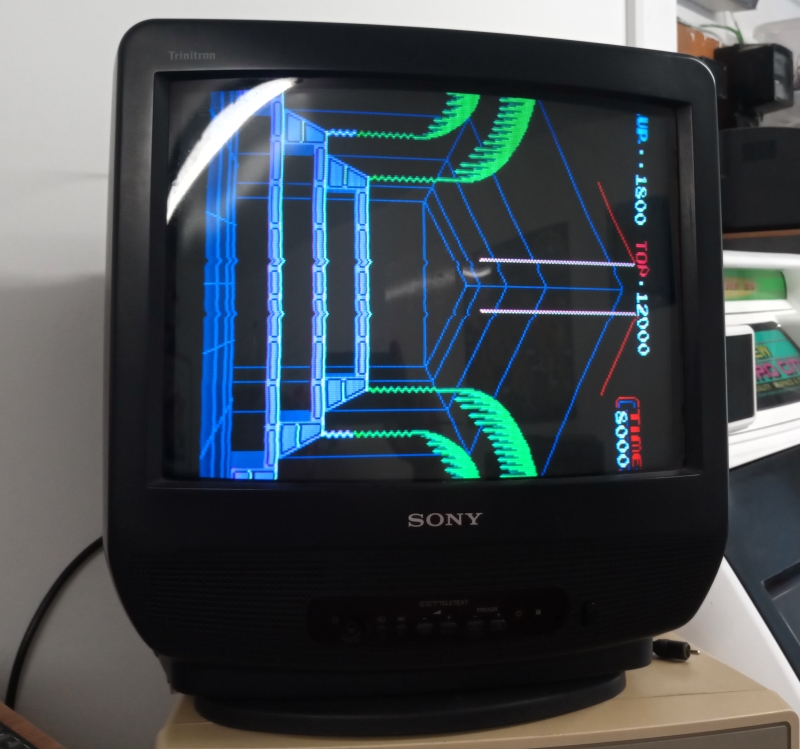 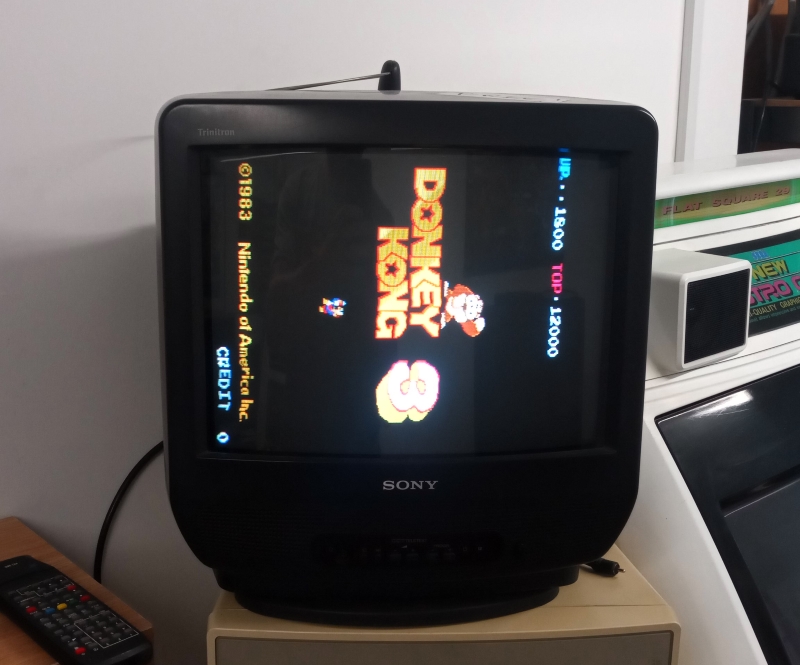 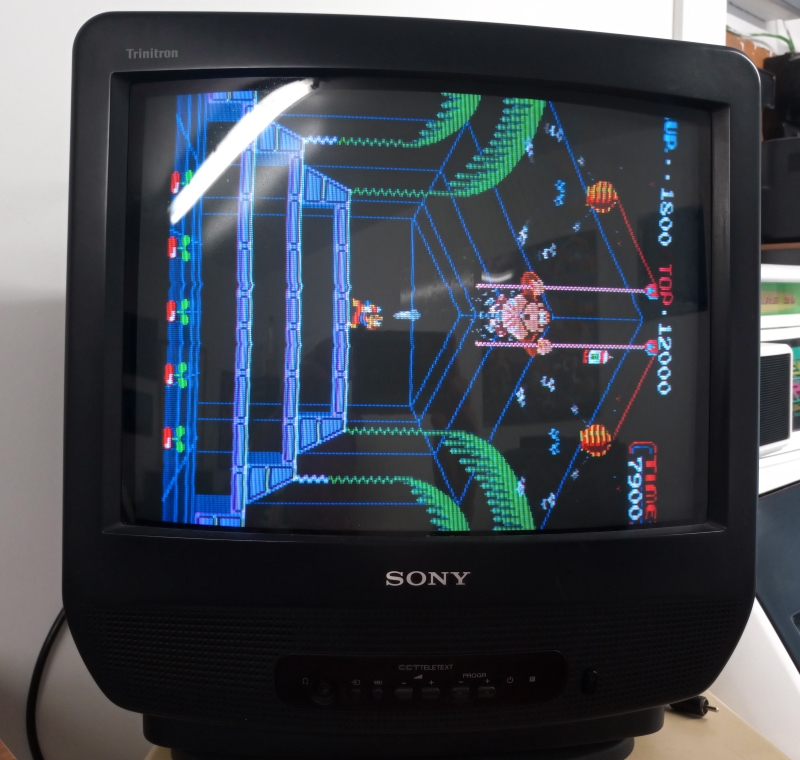 All sound and controls working too so that’s this one sorted.
There appears to be some skewing at points in the pictures above. This is due to my supergun setup and not a PCB fault.