Received from Germany this faulty DonPachi PCB for repair: 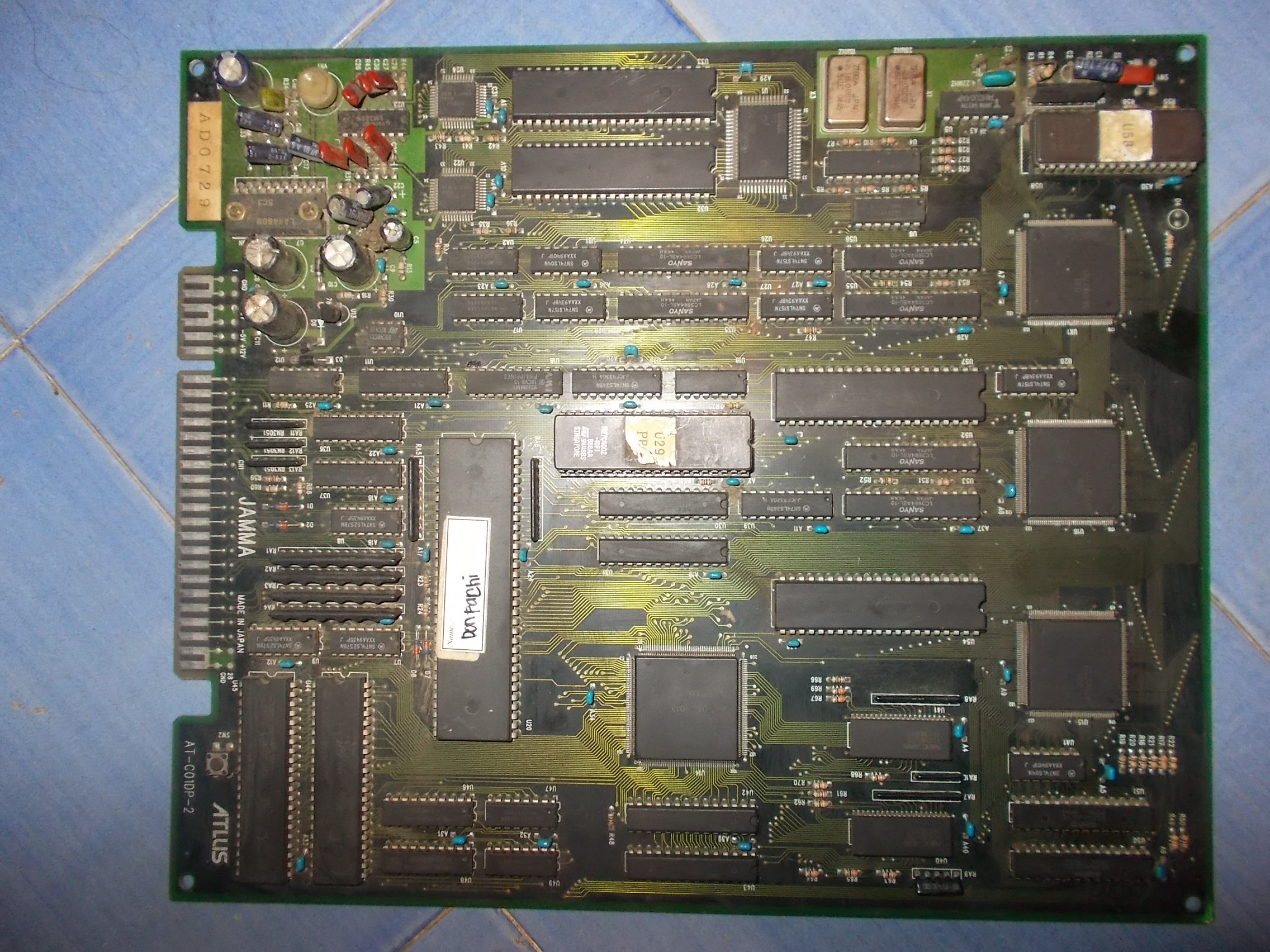 Board played almost ‘blind’, most of graphics was missing, only some corrupted text was visible:

According to MAME source there are three layers of graphics:

I translated this info on hardware and figured out the relevant circuit of each layer: 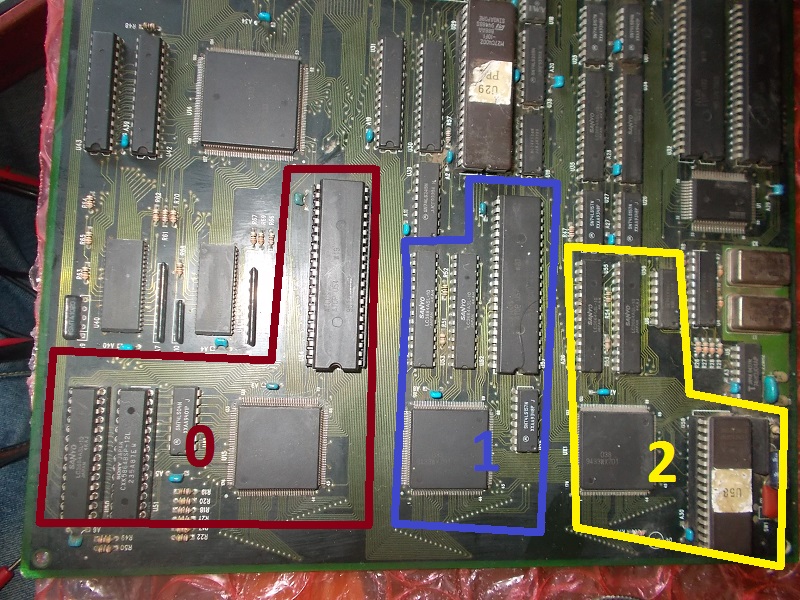 Each circuit consists in a QFP custom ASIC (maked ’38’) which addresses an 8Mbit MASK ROM (or a 2Mbit EPROM for the text layer) reading back data that then are written to two 8K x 8-bit static RAMs.After succesfully  checked connection between ASIC, ROM and RAMs my suspicions fell on the 8k x 8-bit SRAMs, they were all manufactured by Sanyo so in my experience not a great guarantee of reliability.Probing the ones @U50 and U51 (which lie in the ‘layer 0’ circuit) revealed weak or stuck signals on many data lines: 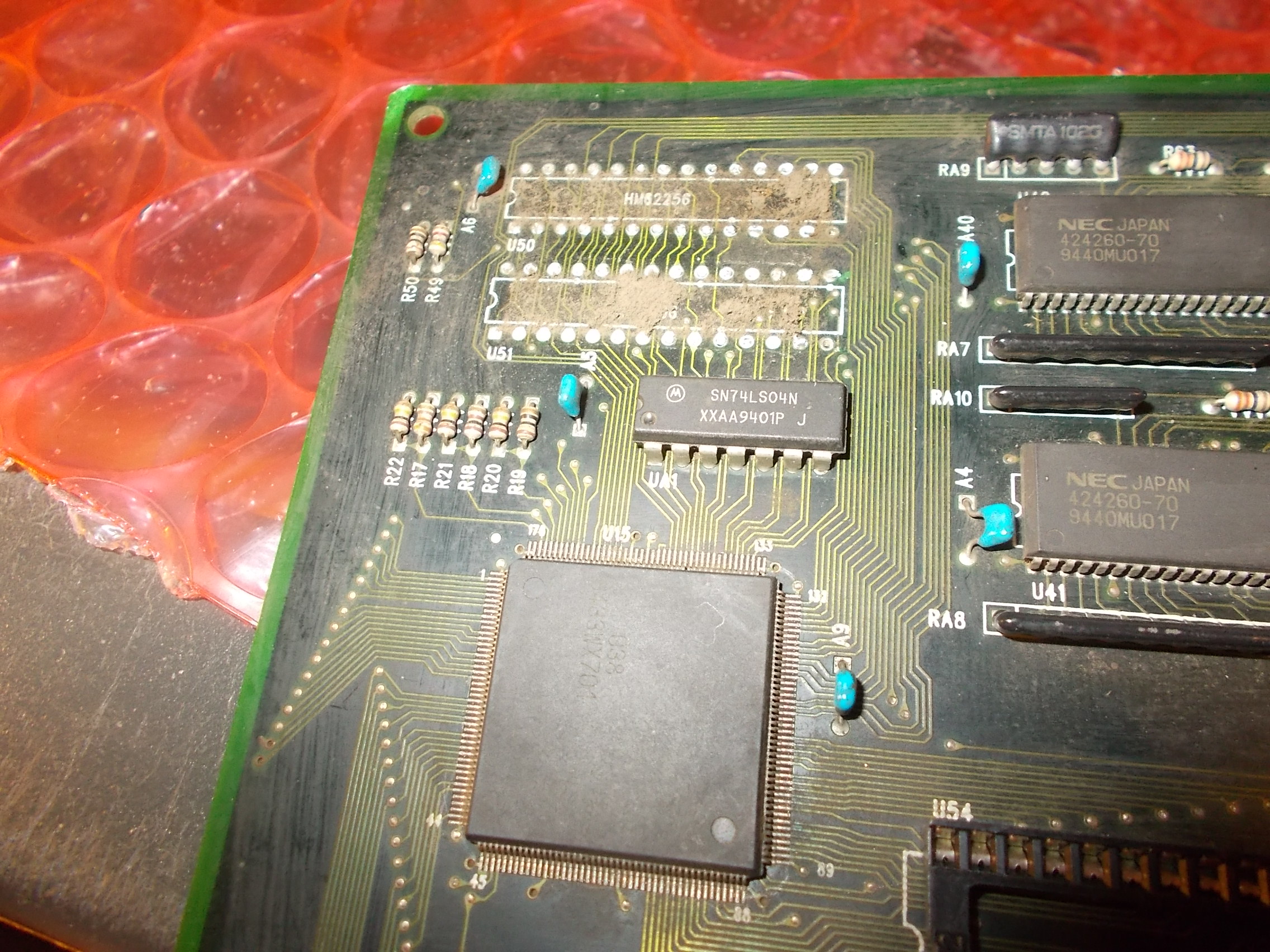 Actually only the one @U51 failed the out-of-circuit testing: 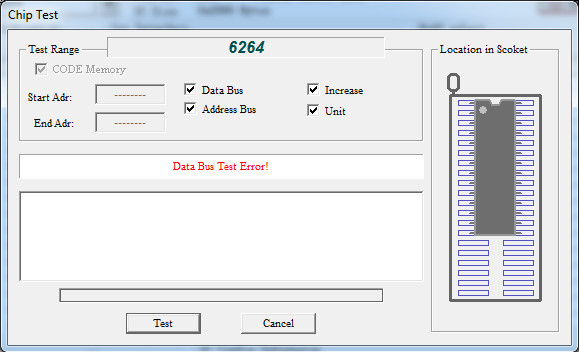 Now all graphics were visibile.Backgrounds and sprites were fine but text was corrupted throwing garbage over the screen :

The ‘layer 2’ identified in MAME source as ‘ Text / Character Layer’ was obvioulsy the involved one.Checking the two Sanyo 8K x 8-bit SRAMs @U55 and U56 revealed again weak signals on data lines: 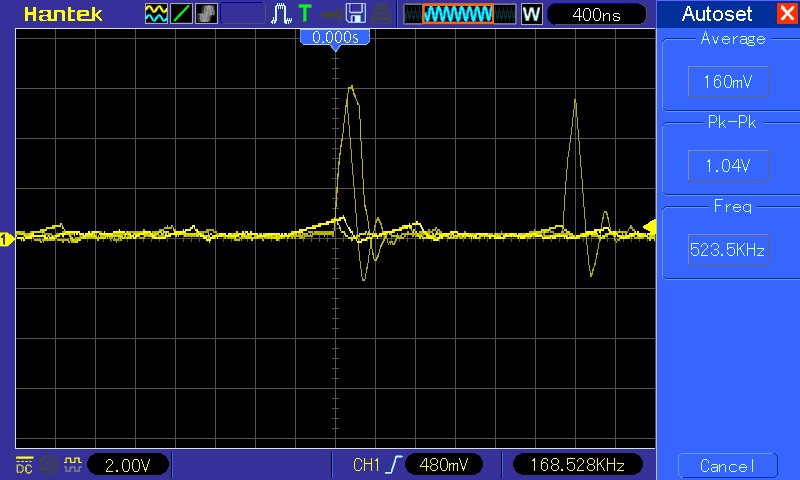 I removed them and installed machine sockets: 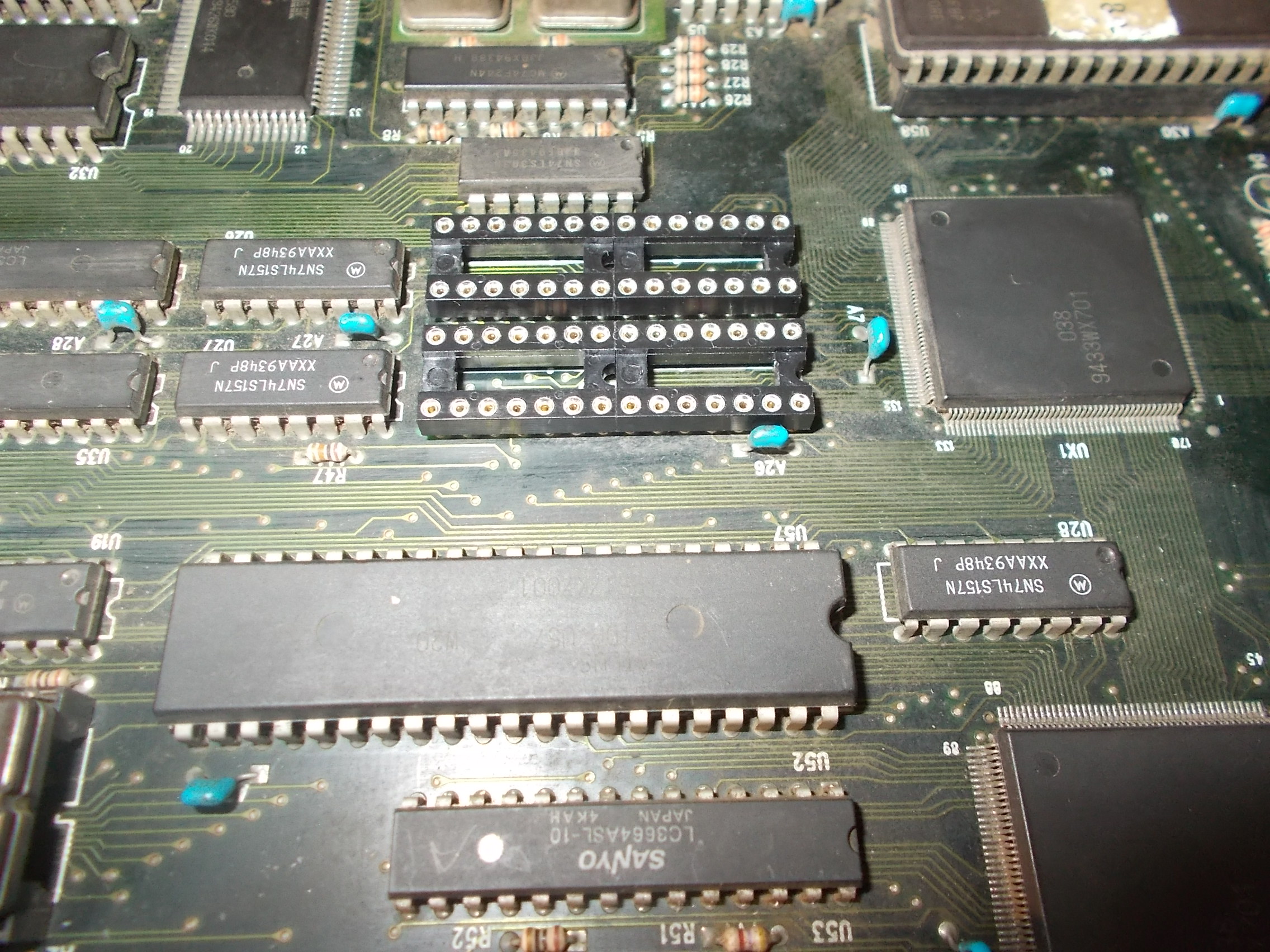 Actually both RAM chips successfully passed the out-of-circuit testing of my different programmers.Anyway, replacing them fixed completely the graphics:

But sound was horribly scratchy and corrupted as you can hear in the above video.Here it comes again to help my audio probe for checking the relevant circutit: 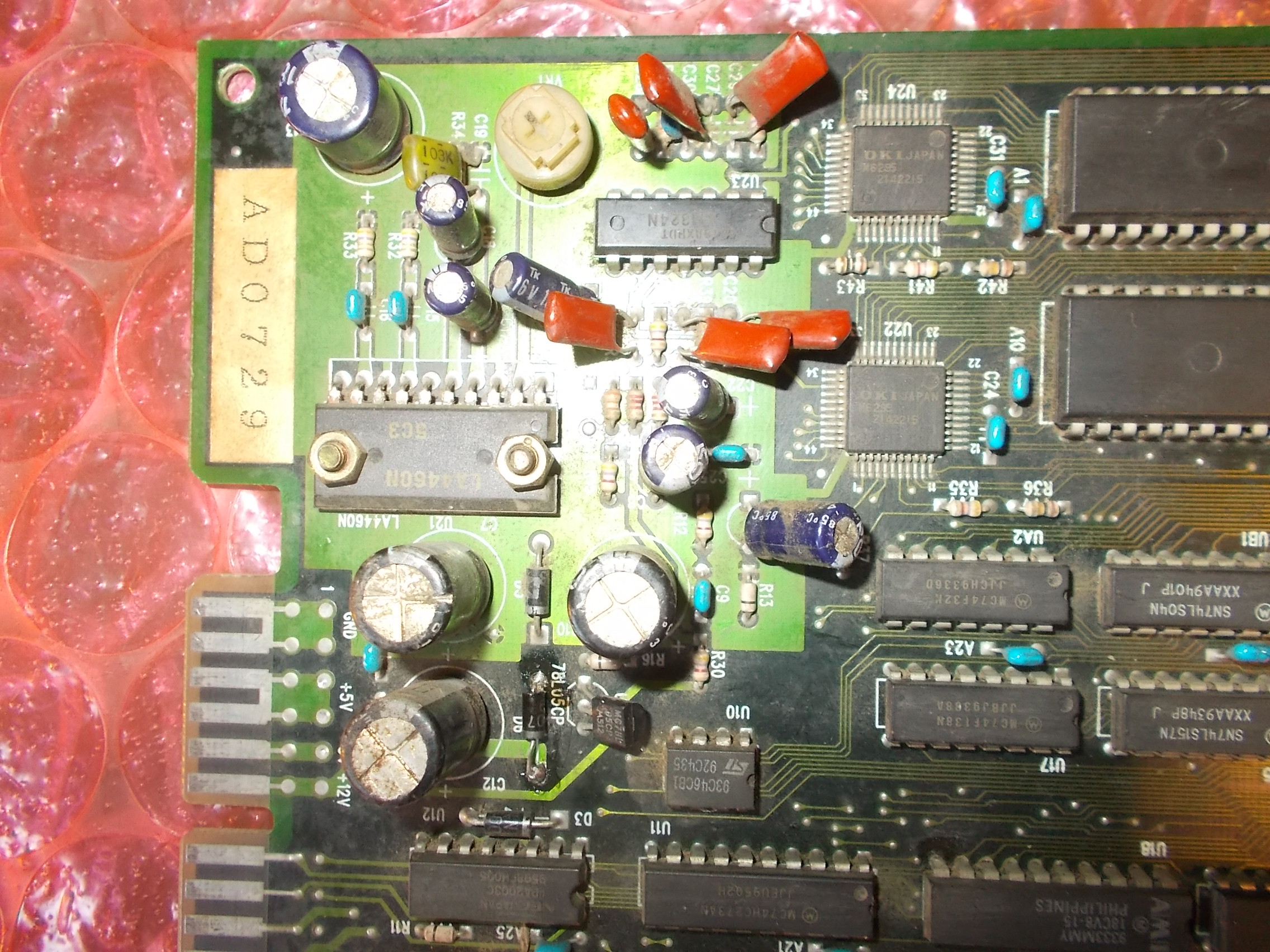 But corrupted on the other output (pin 9)

I ruled out all electrolytic capacitors checking them in-circuit with my ESR meter (bad ones can affect sound in this way) so I decided to remove the LA4460 amplifer: 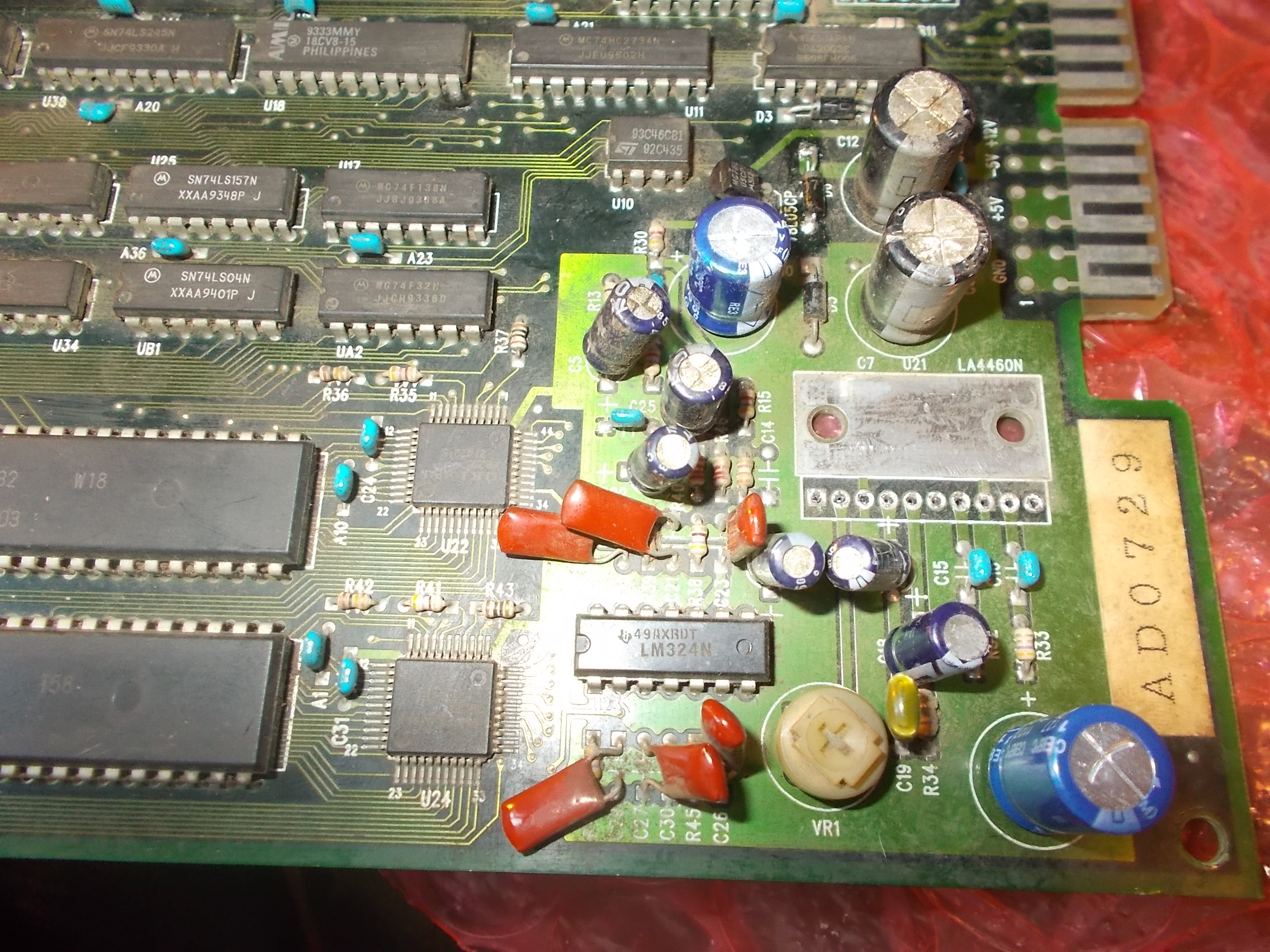 Put back a good one and some thermal compound for a better heat dissipation: 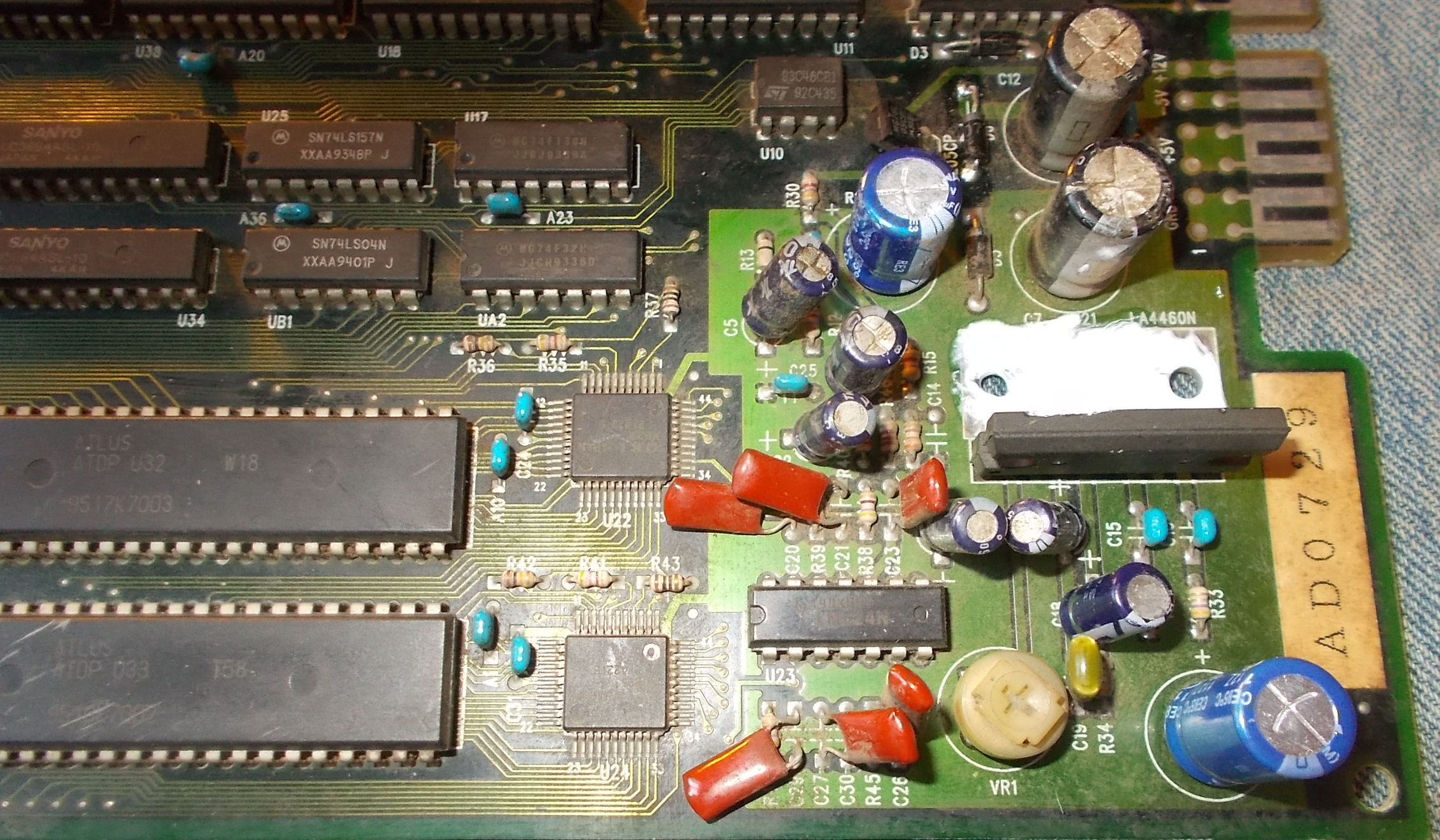