This board is a bootleg board but seems to follow the original fairly accurately. 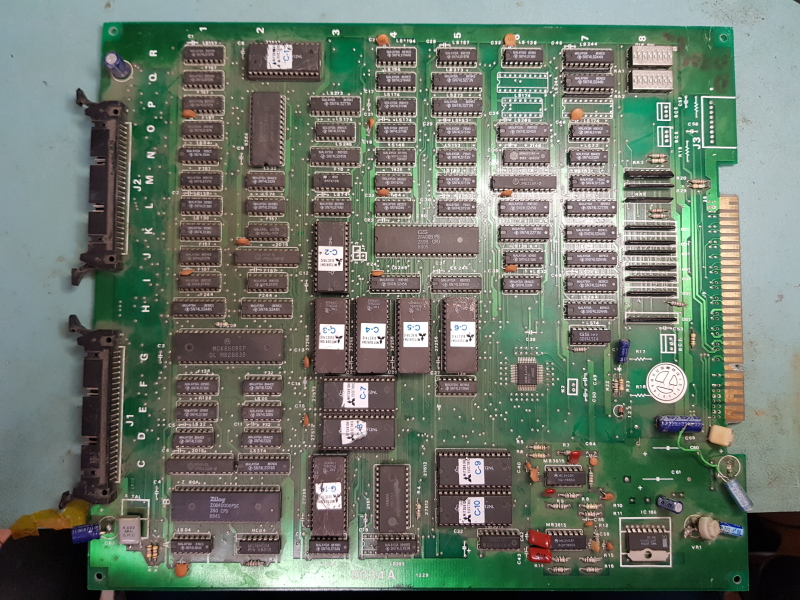 On initial boot up this didn’t do a great deal but then other times it actually started up with various errors. 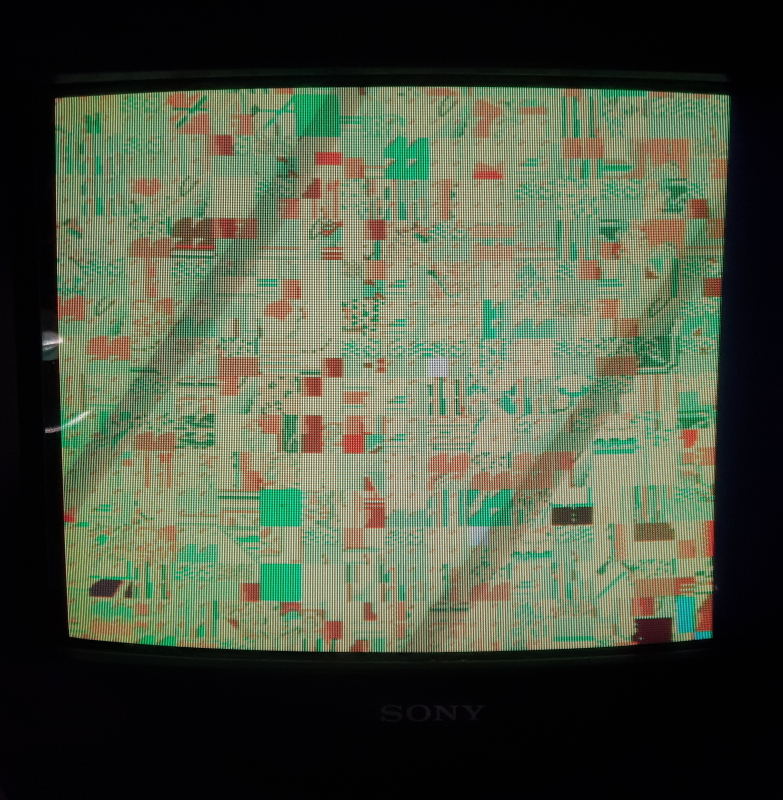 A fault like this always makes me look at the reset circuit.
This board uses a 6809 as the main CPU and a Z80 as a sub CPU.
The reset pin for the 6809 is pin 37 and using the scope I could see that most of the time it didn’t do what a reset should do.
Tracing it all back I came to this 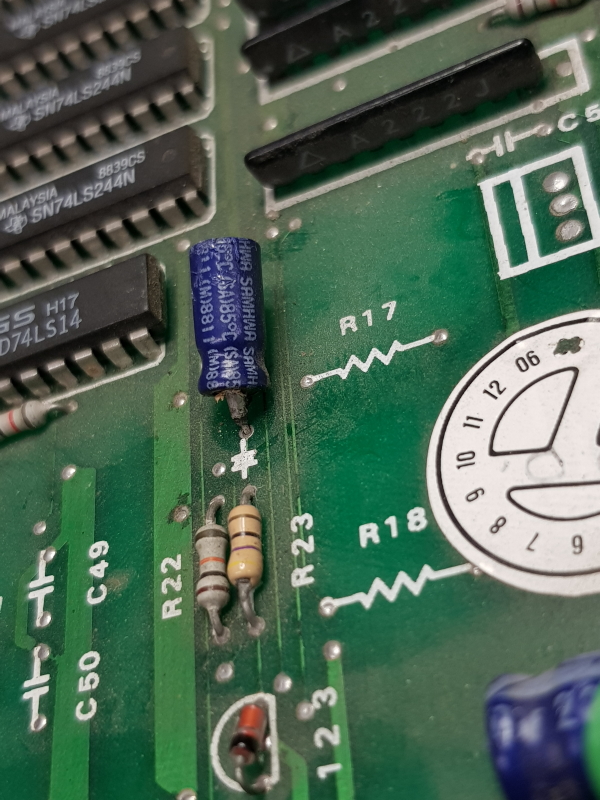 The reset circuit on this is as simple as it gets really with a capacitor, resistor and diode.
I removed and replaced the capacitor and now the game boots up every time.

Now, although the game booted it appeared to crash when entering attract mode or starting a game with this fault

I remembered Bryan McPhail had the very same issue some time ago and he mentions that the sub CPU needed to be running.
Checking the ROM for the sub CPU I found pin 1 (A15) was dead. Further inspection of the solder side of the PCB I found this 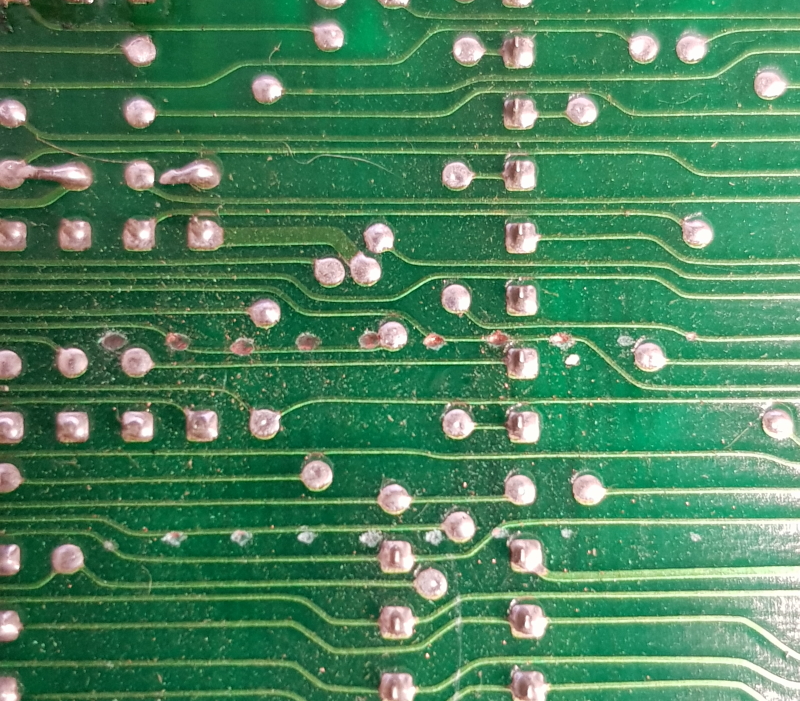 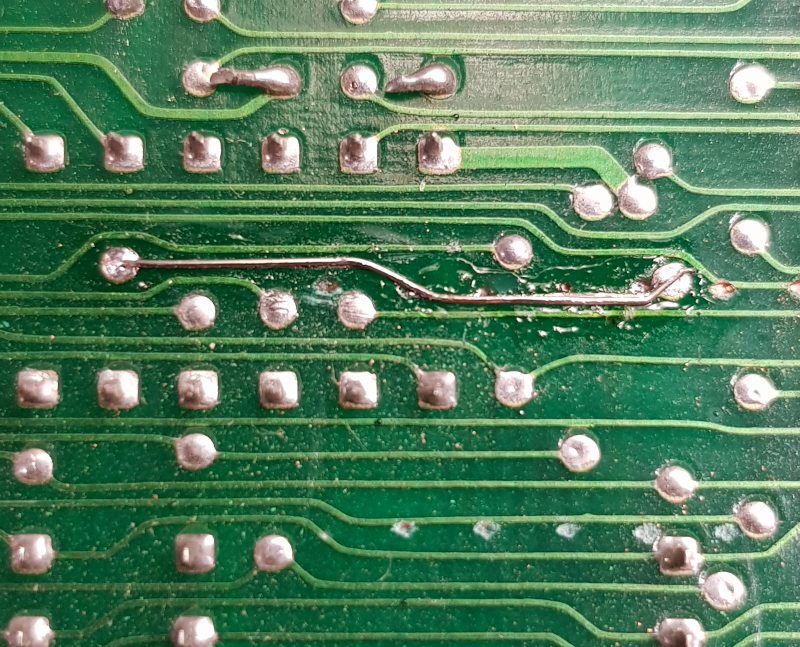 Now the issue was fixed

Last thing to do was deal with the sound.
My initial inspection of the PCB showed the volume pot had been messed with 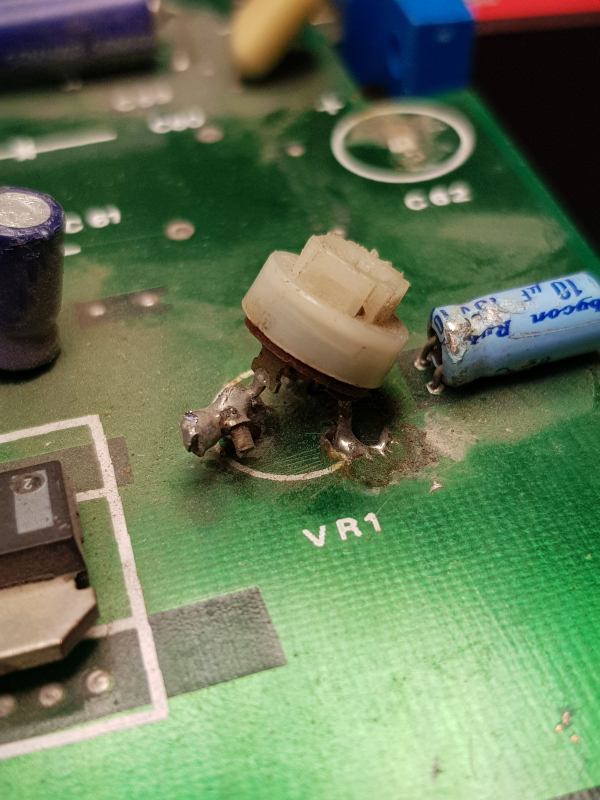 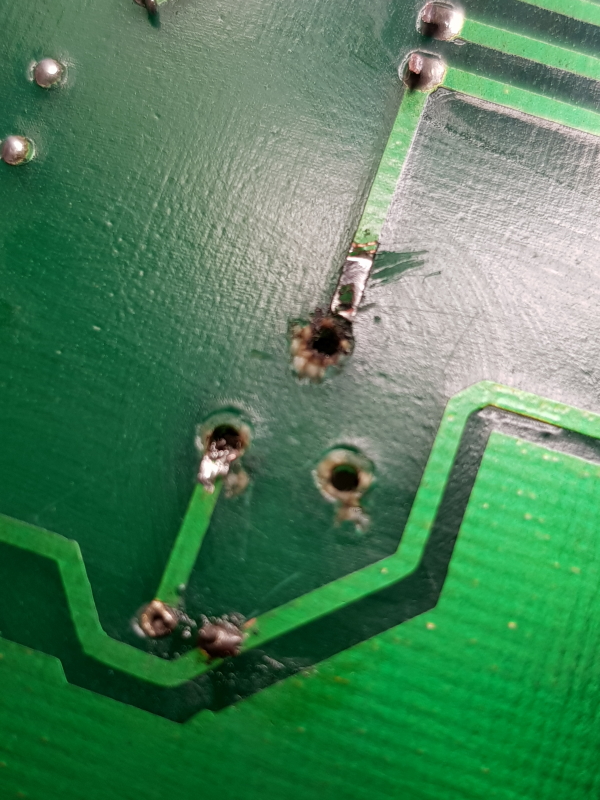 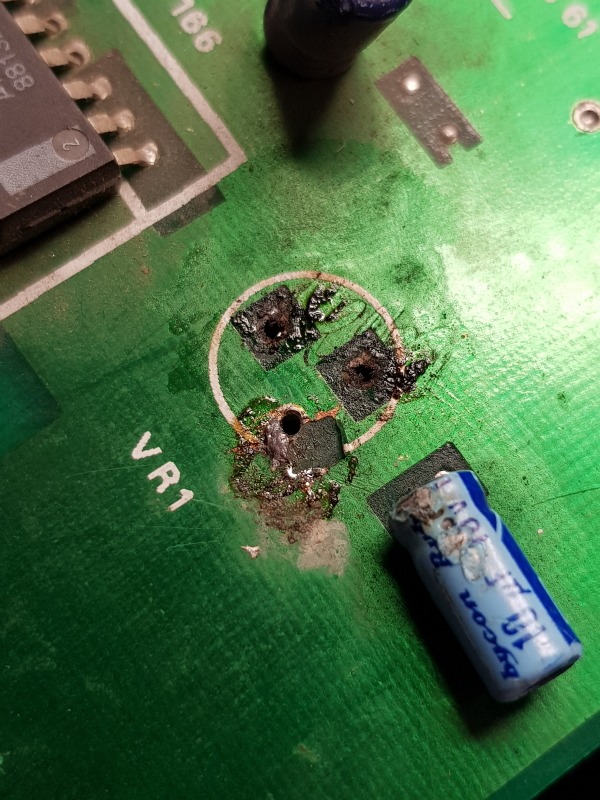 I fitted a new pot and patched all this up nicely but I still had no sound.
Tracing it out revealed that the bootleggers mixed up the two SPEAKER connections so SPEAKER+ was connected to SPEAKER- on the JAMMA edge and vice versa.
I spoke to Muddymusic to see what he wanted me to do. The option were hack the board to swap them or make an adapter. The prior option was chosen and I cut the two traces and ended up with this solution. 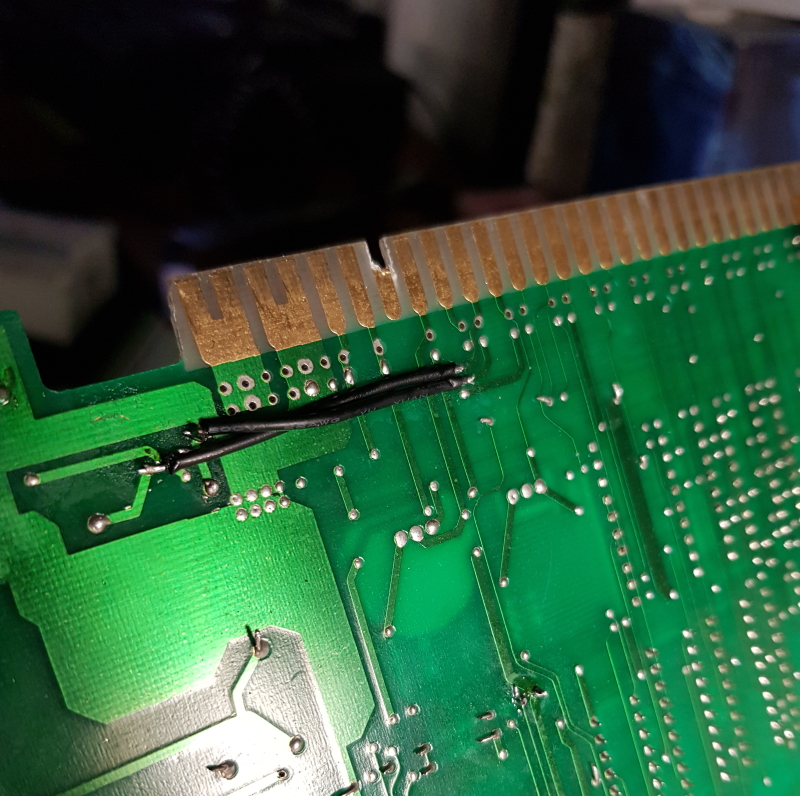