Another PCB from Olly. Not sure if this is a bootleg or not but it is certainly of lesser quality than the other Double Dragon boards I’ve had.
Anyway, on boot up we get this mess but at least it boots

I pulled all the ROM’s on the video board to start with and found the 4 tile ROM’s dead. 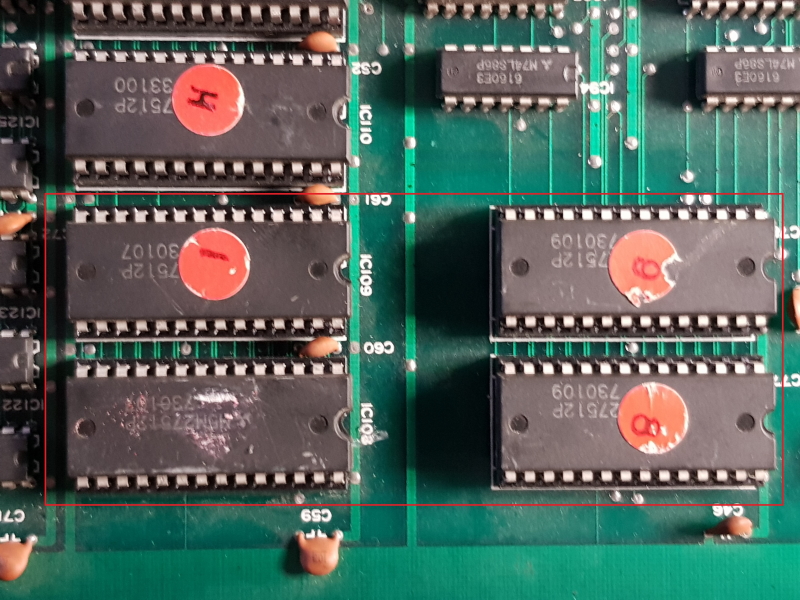 Much better but all the sprites are missing.
Looking at the schematics I could follow them through testing from the ROM’s onwards. 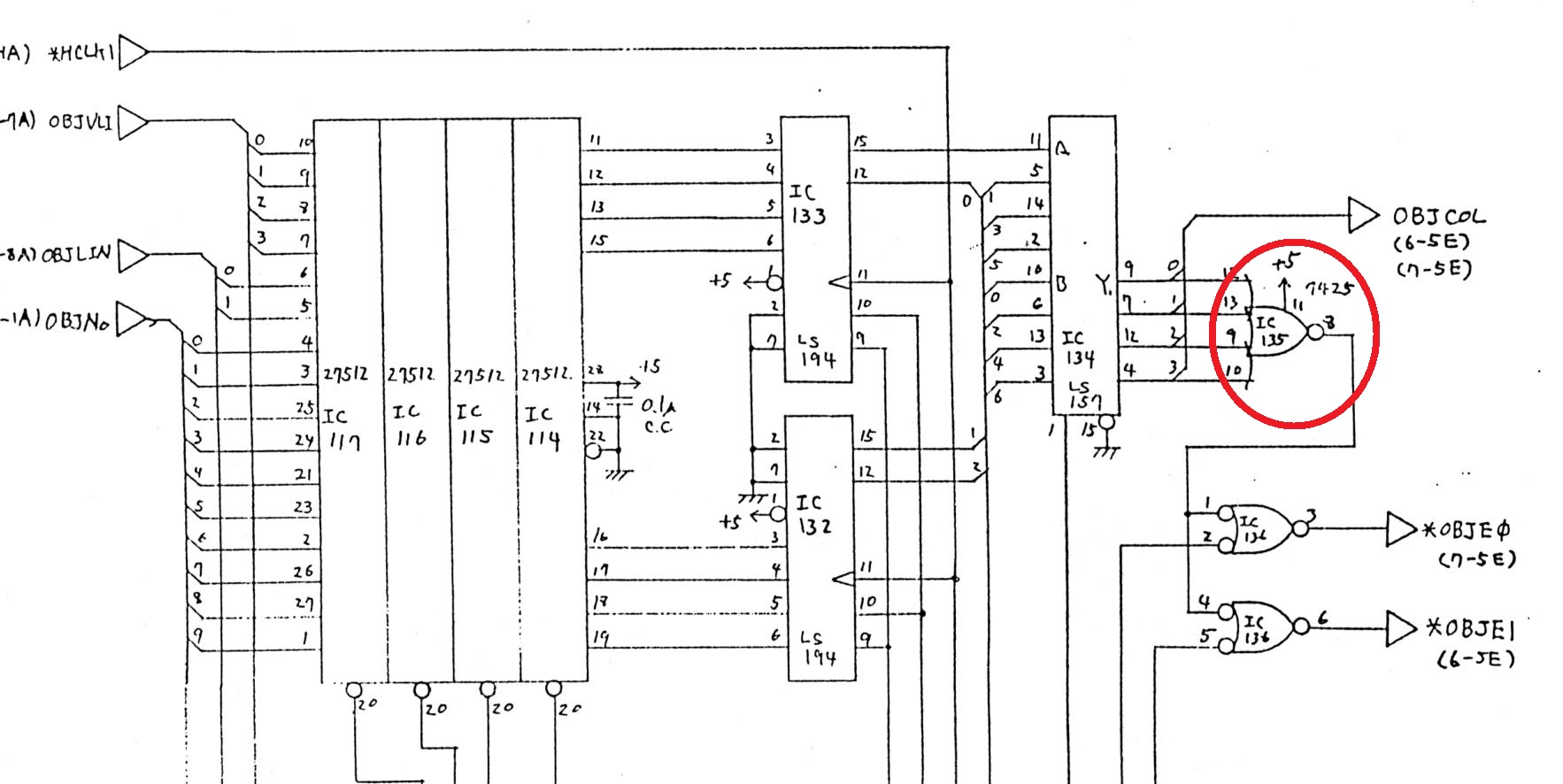 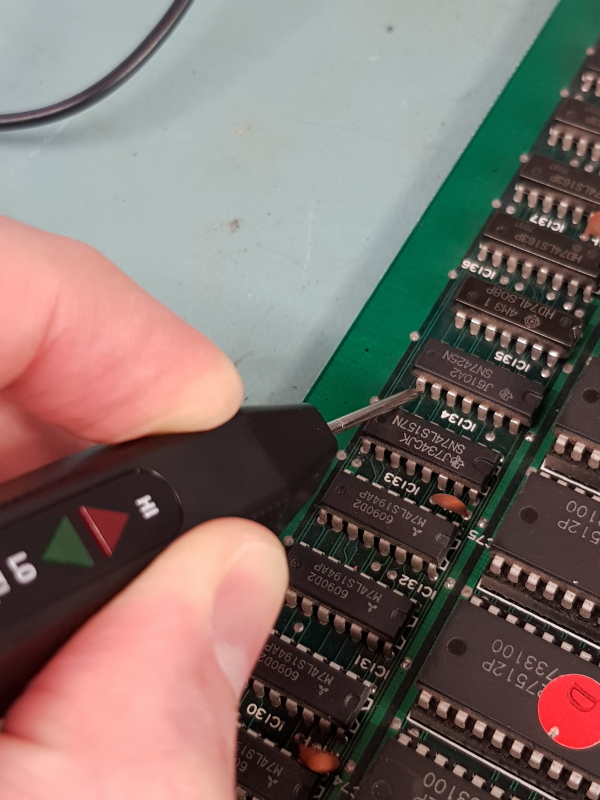 I replaced this and tested again. All the sprites were back on the title screen but the in game sprites had coloured blocks around them. 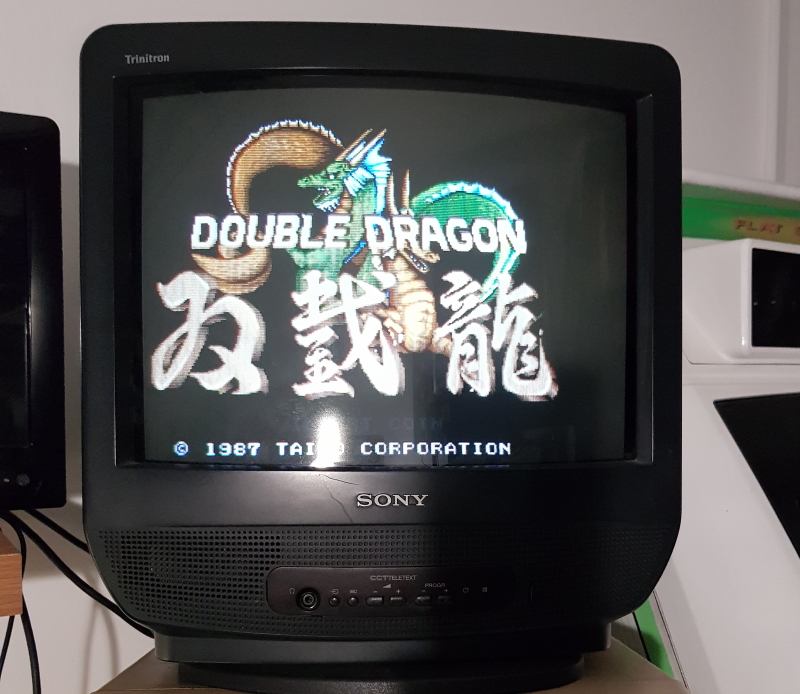 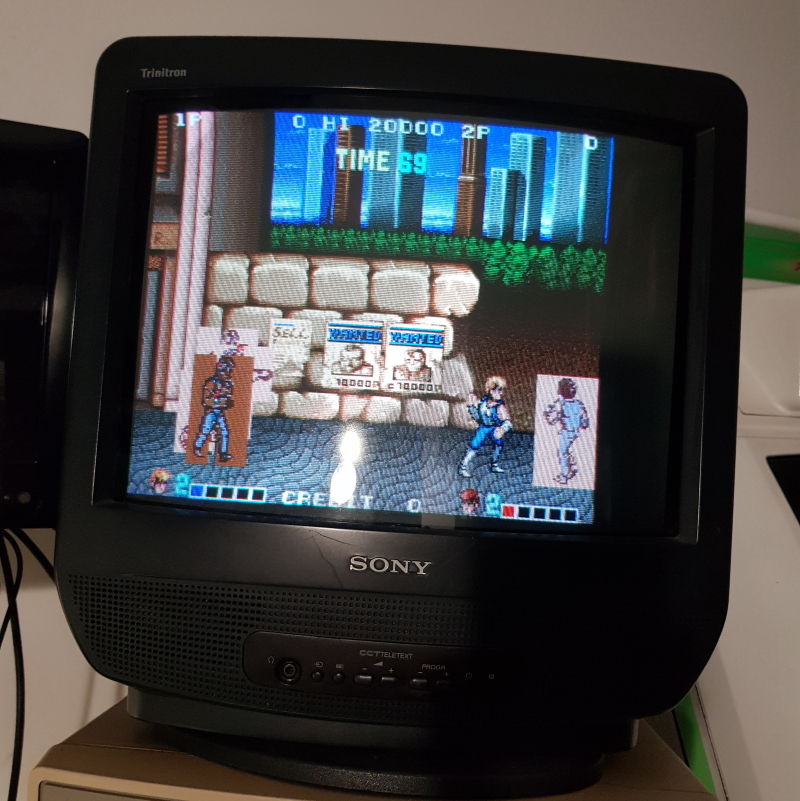 Seeing as though I had 4 dead ROM’s I decided it wasn’t too ridiculous a thought to think that some of sprite ROM’s were dead too.
After confirming that the sprite ROM’s were being selected correctly I pulled them all and checked them.
I found 1 dead ROM here 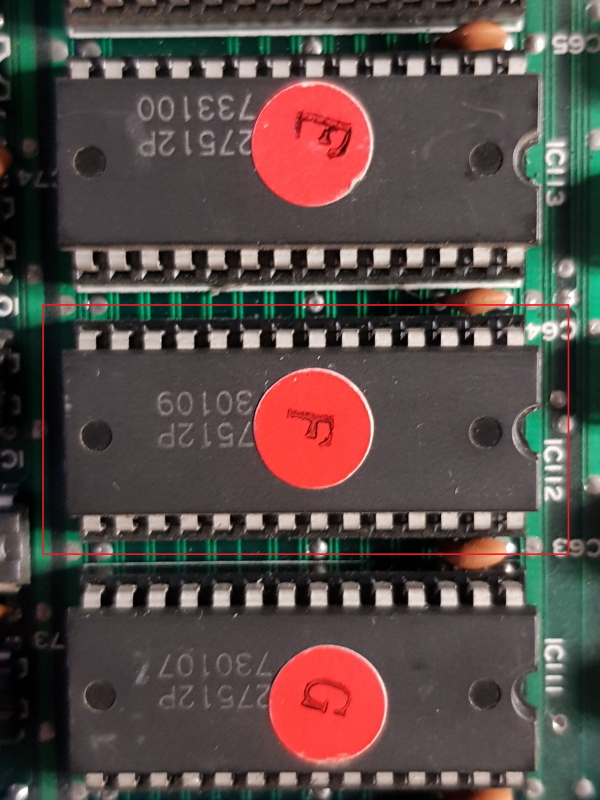 Again I replaced it and tested 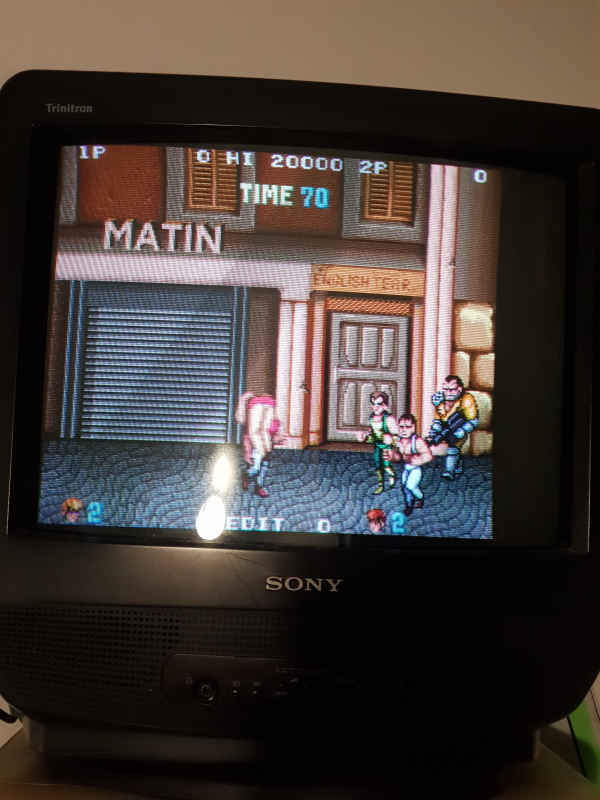 All graphics now fixed, the sound however was a different story.

The sound effects were all messed up but I could hear the music was fine in the background.
I pulled the two PCM ROM’s and tested them. Both failed.
Replaced these too and tested

All fixed.
7 dead ROM’s and 1 TTL. Not sure whether the ROM’s are just getting too old now or if they were taken out by a voltage problem.