This came up on eBay the other day and thought I may as well have a go at repairing it.
According to the listing it failed its startup tests and the picture showed this too however when I got it, it passed all startup tests no problem.
So, here is what I was getting at first boot up 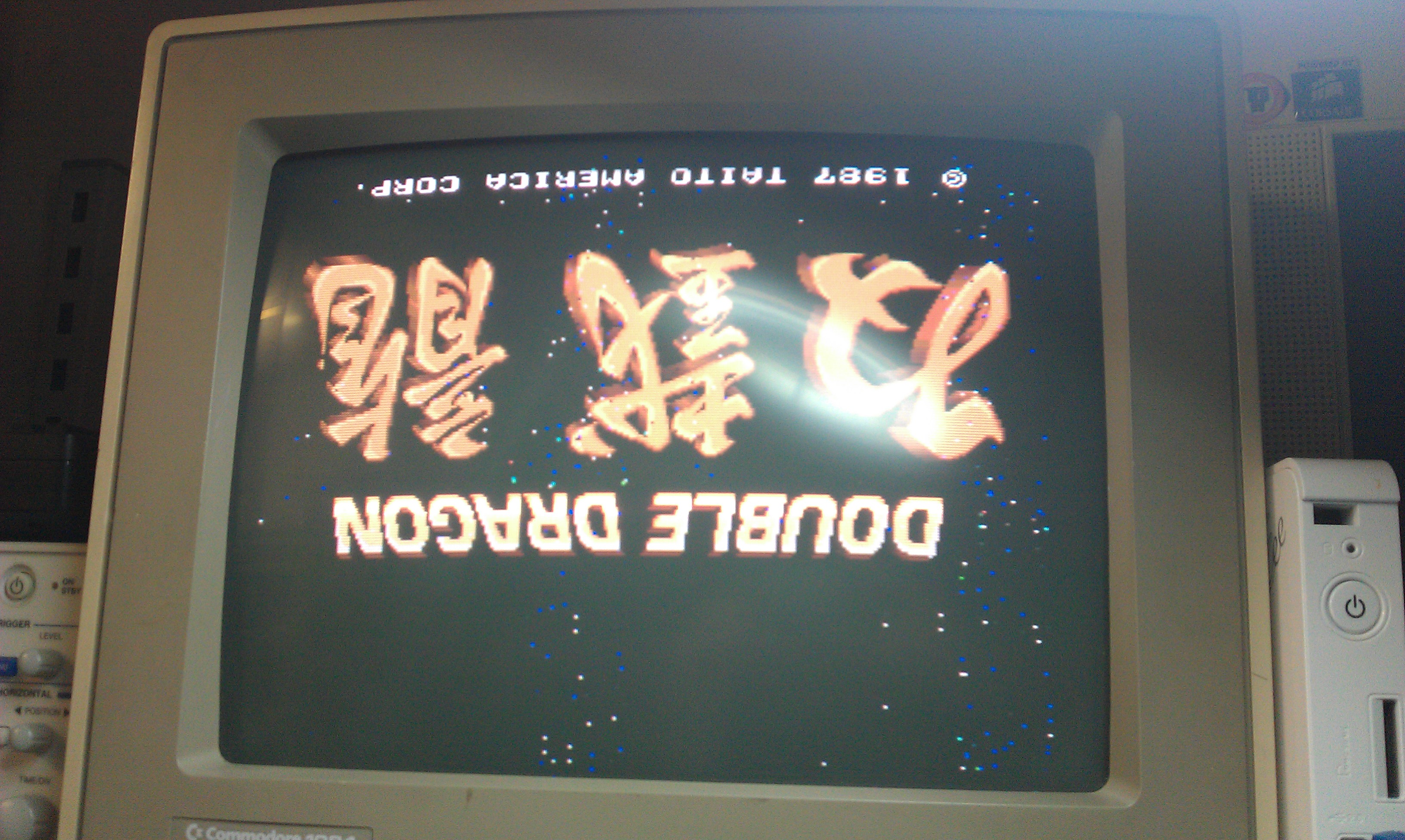 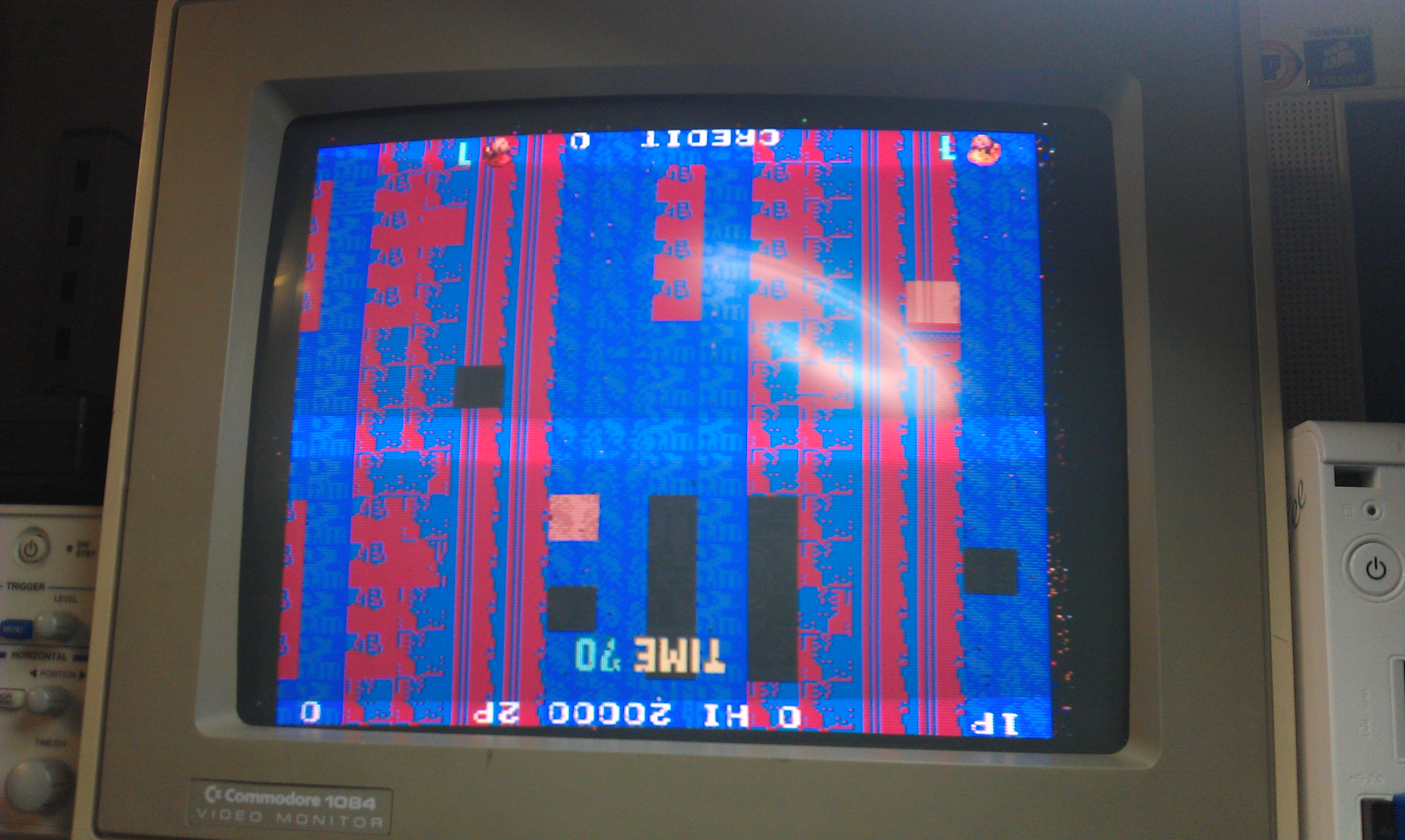 Picture is upside down and garbage on the screen during game. There is also no music but SFX are present.
I removed and reattached the ribbon cables and that gave me this 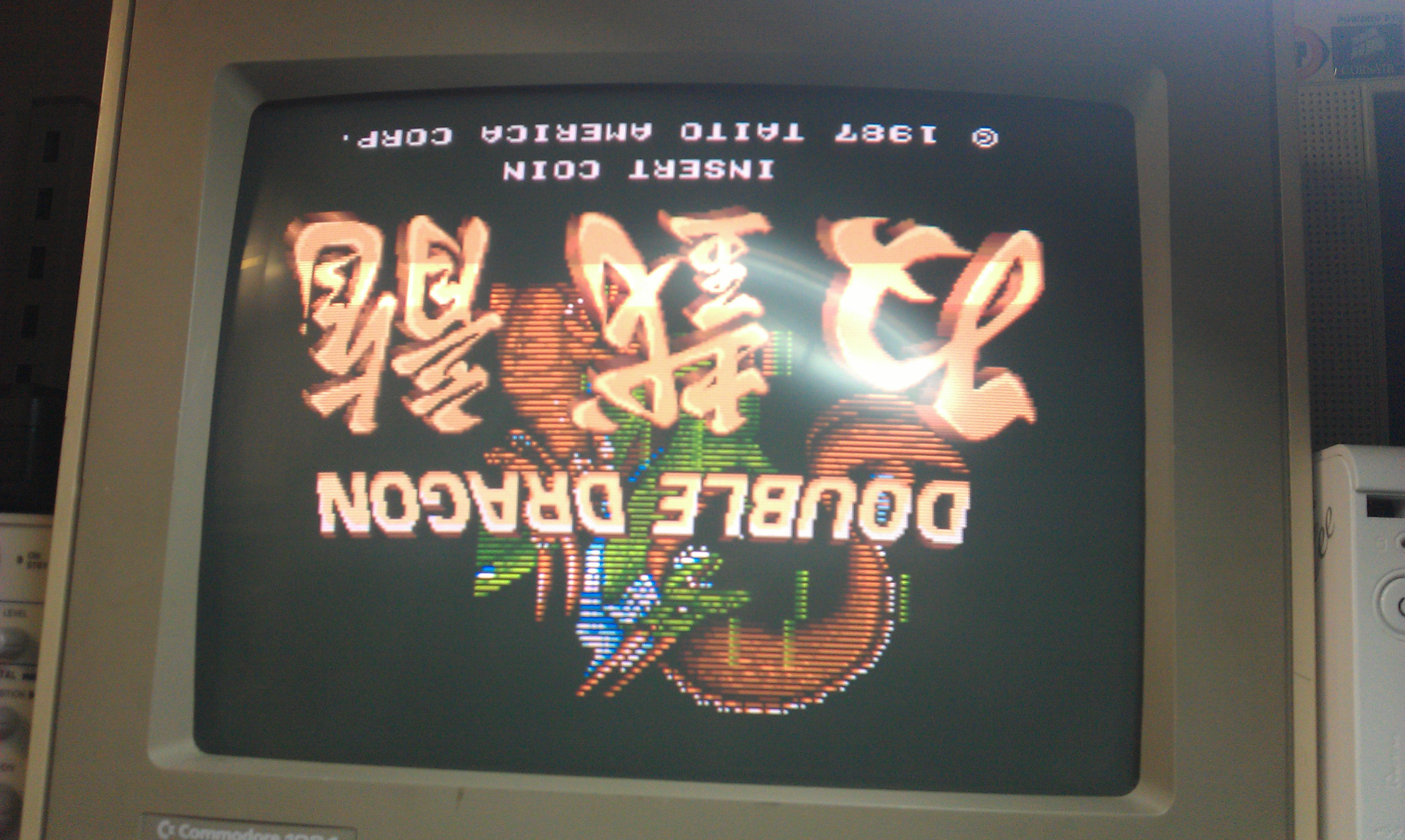 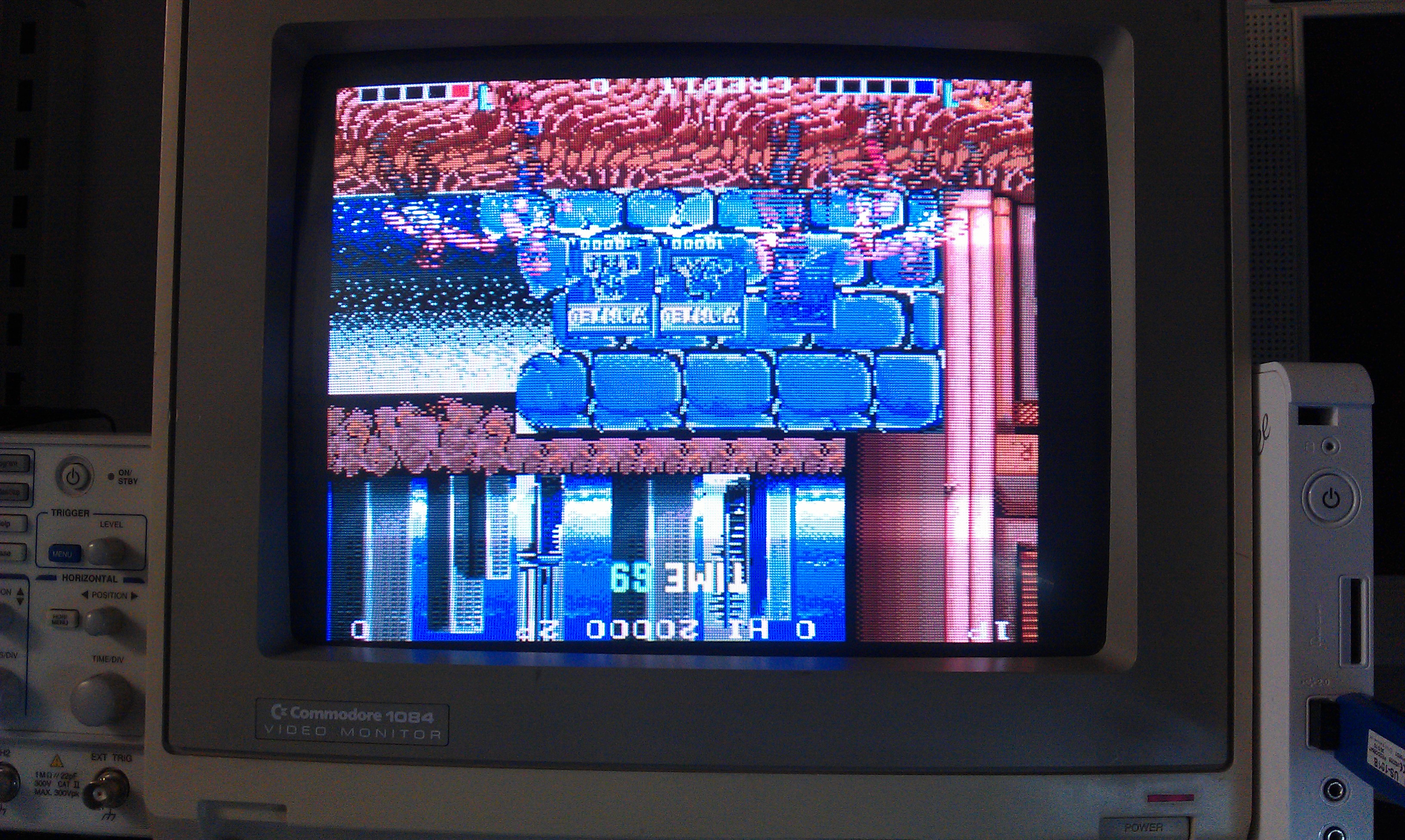 The video board on this has been messed with before with some pretty bad soldering and not so great wire links added. 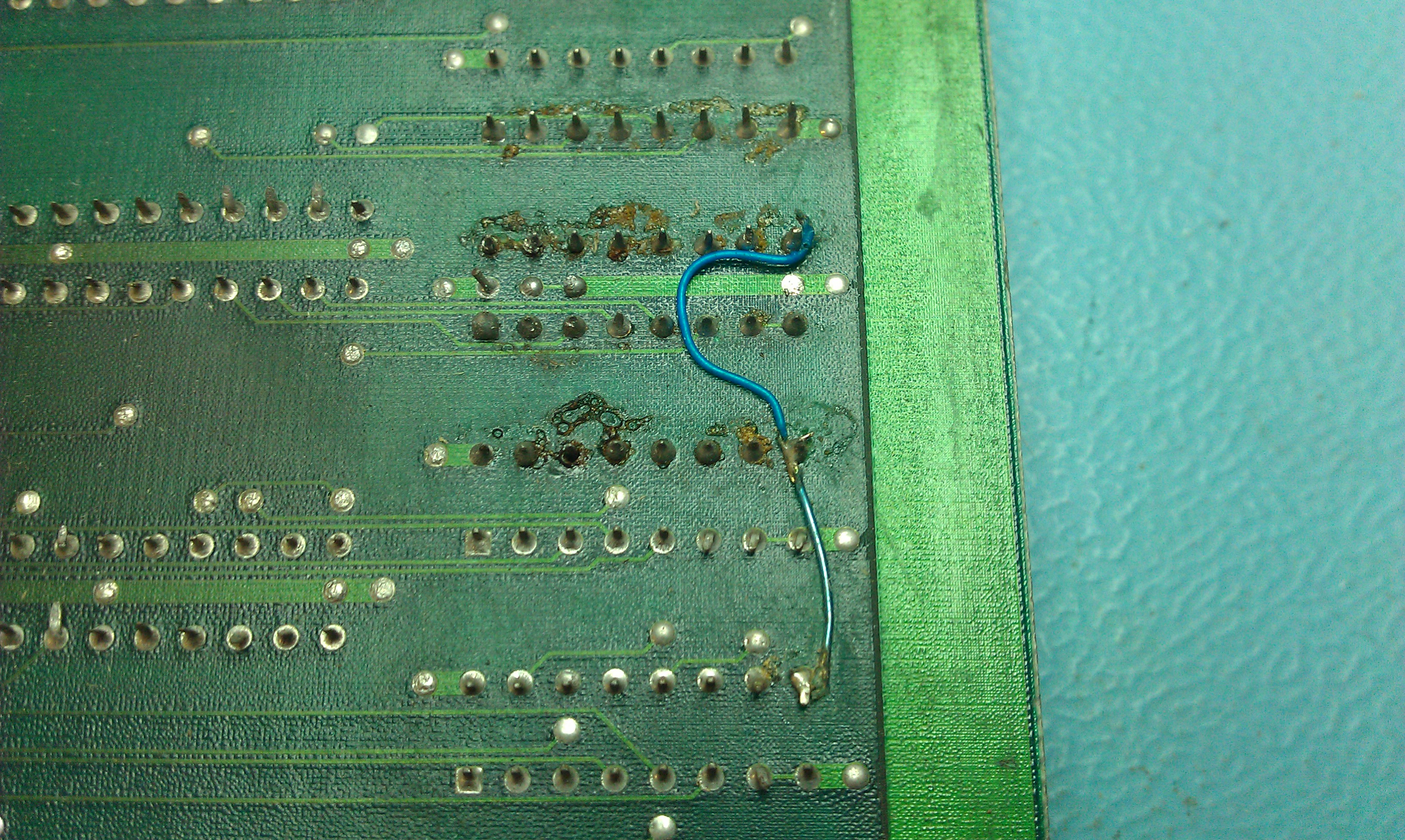 There are a couple of points here that are completely trashed, luckily though these are not used so I can ignore them. I removed the links and remade them which brought the screen the right way round again and fixed some colour issues. 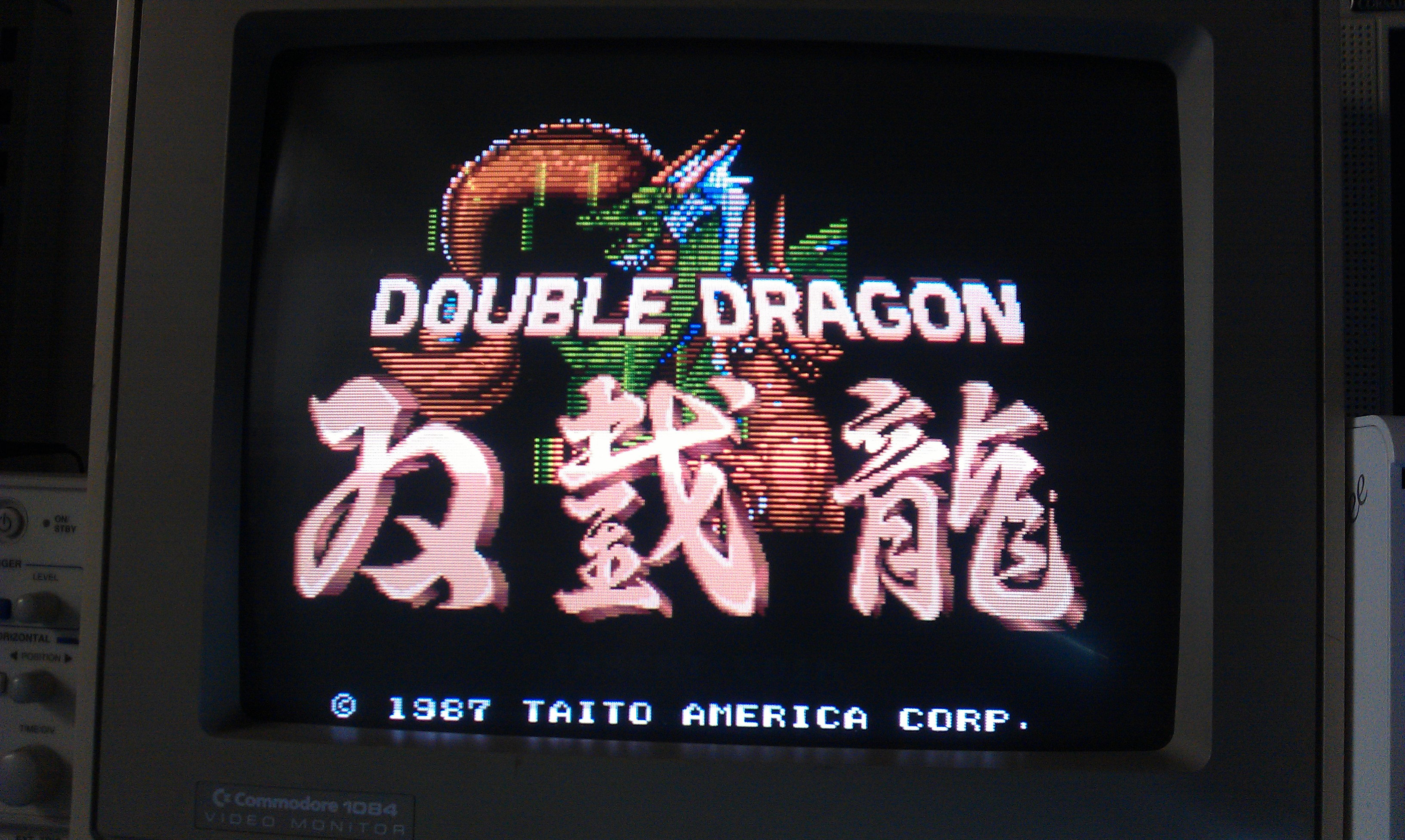 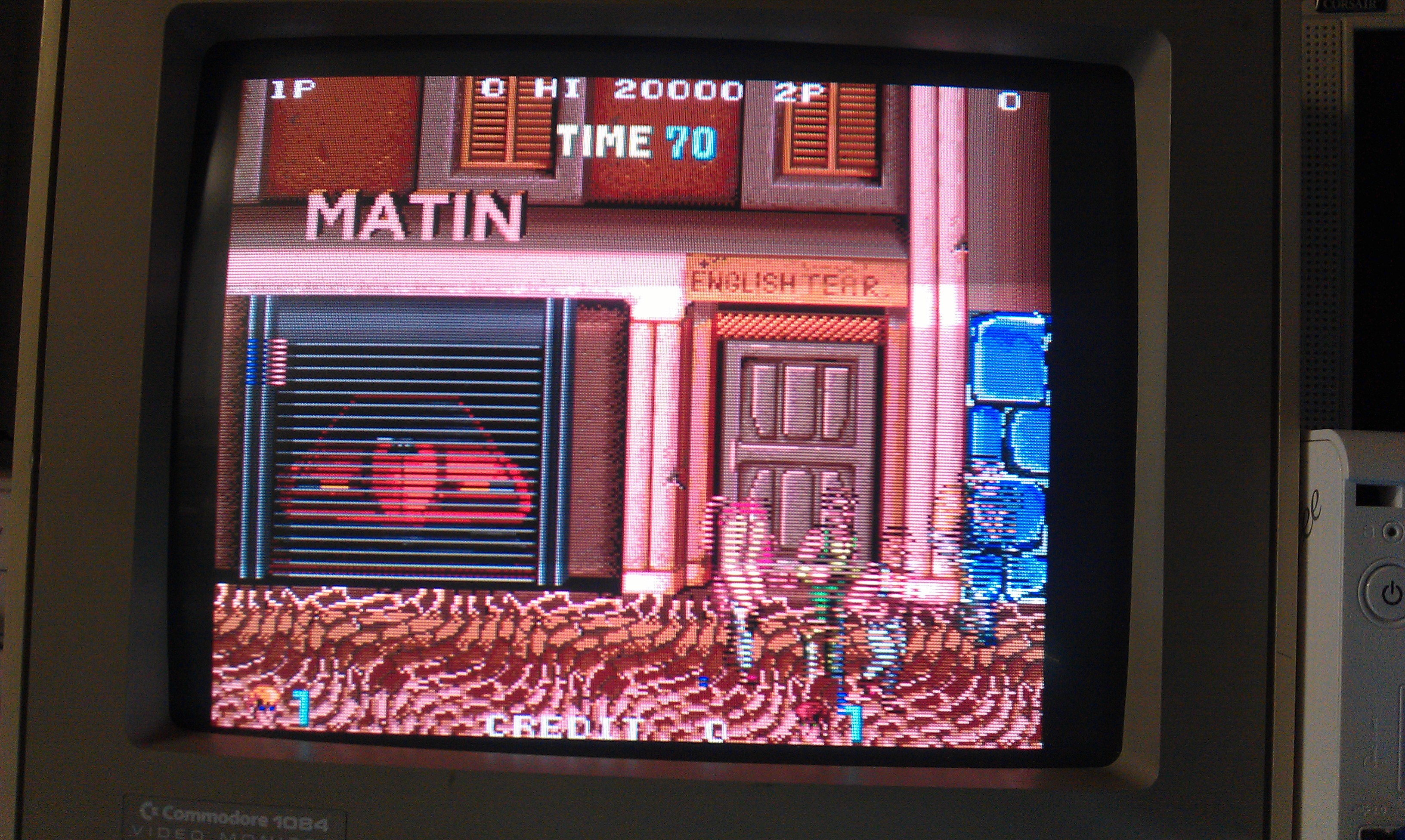 There is now clearly a problem with the sprites, every other line is missing. I recalled that my friend Elgen had the very same issue on his bootleg board so asked him what lines he patched. He sent me some pictures but unfortunately it wasn’t my issue. It did however point me to the correct part of the board.
At location IC84 is a TMM2018 RAM. I noticed when my hand was near this chip, some of the missing lines on screen would appear. Checking the outputs from this RAM revealed some weak signals. 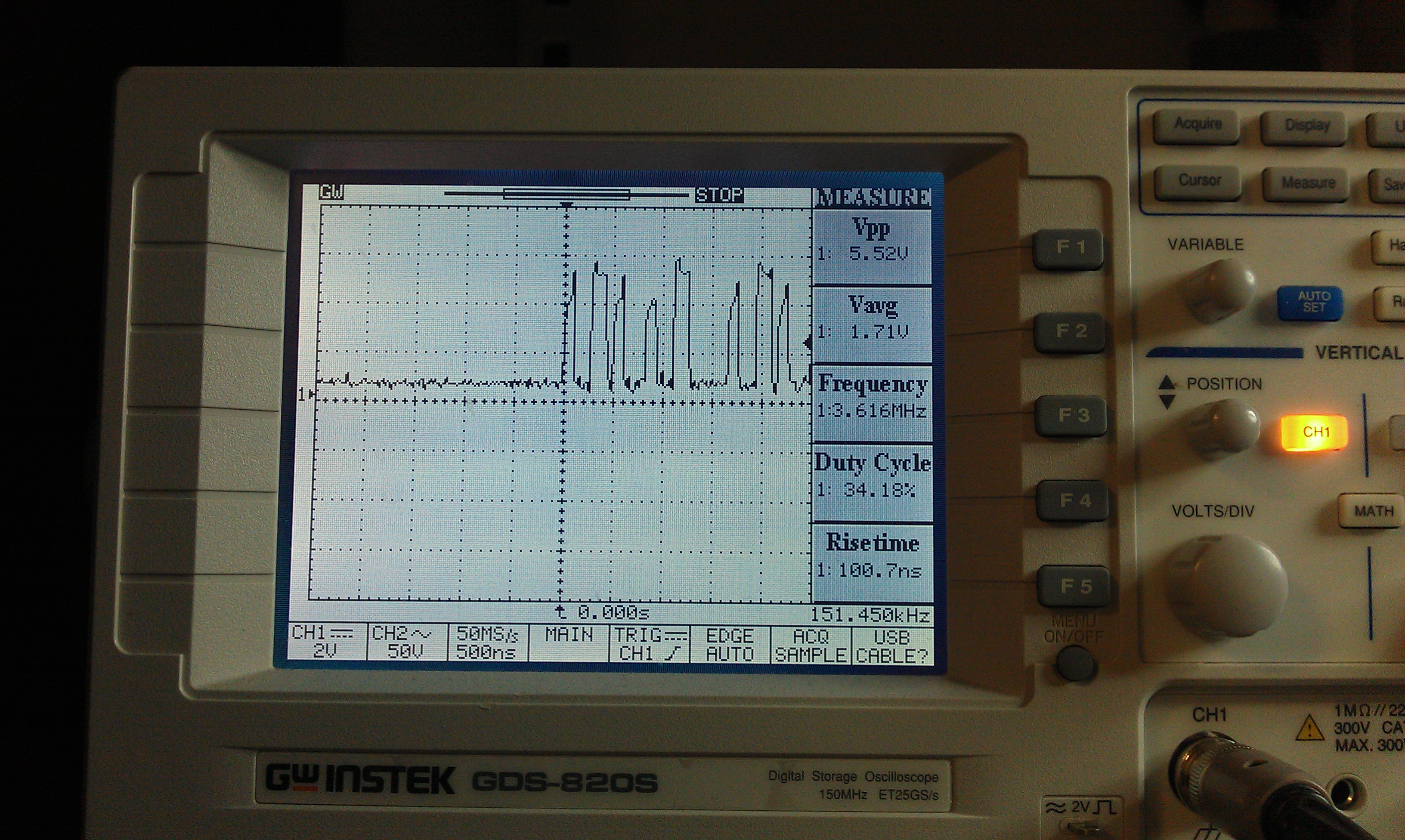 These outputs fed into the 2 chips that Elgen had pointed out to me so that confirmed what I was seeing.
I removed the RAM and replaced it with a 6116 I had which then gave me this 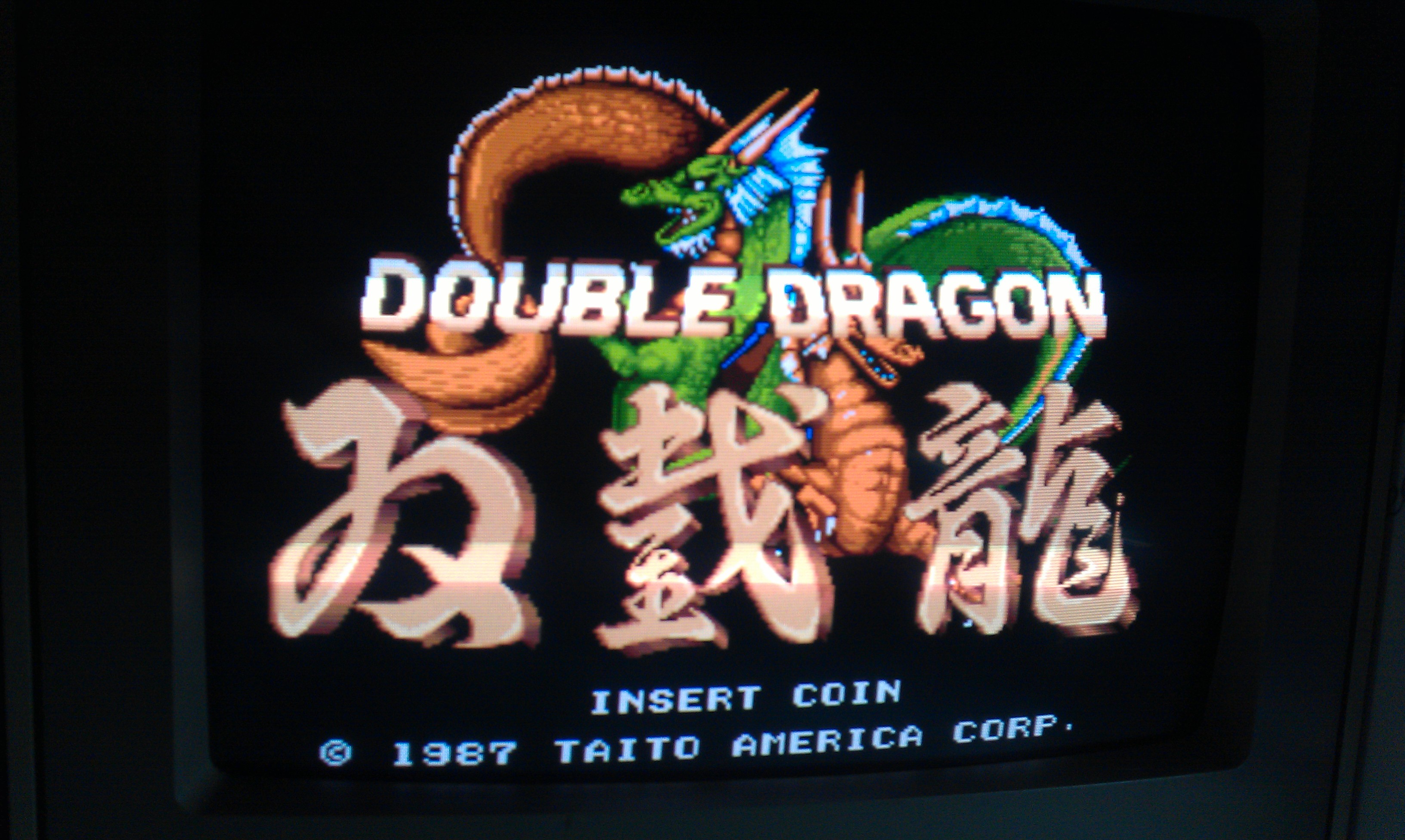 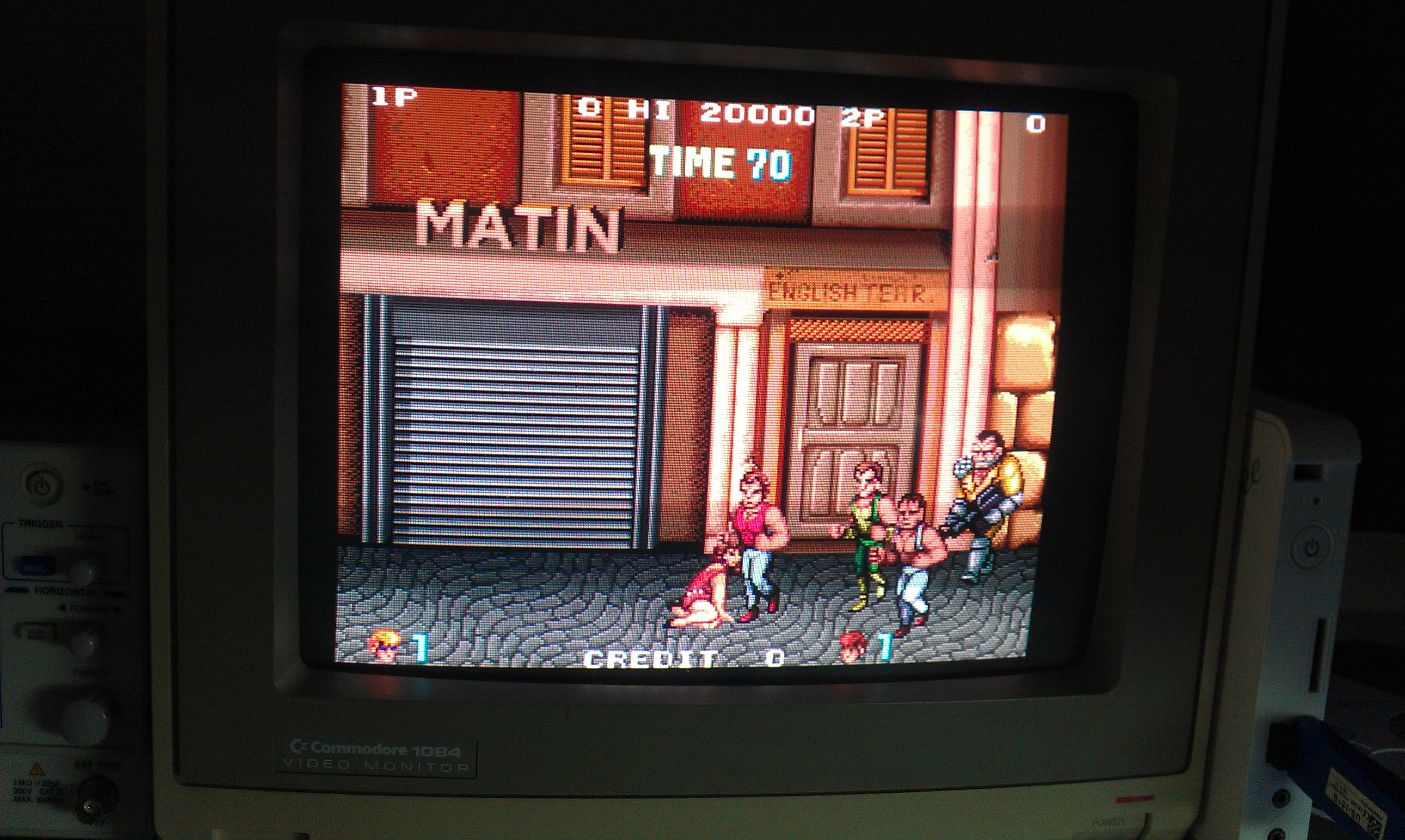 All graphics problems sorted. Now onto the music problem.
Going from previous experience I knew where to look.
The YM2151 is responsible for our nice FM sounds. I could see the inputs pulsing away but the outputs at pins 19,20 and 21 were all stuck high. Replacing this gave me that oh so familiar music.