Found this PCB in the pile, honestly I can’t remember when and where I got it : 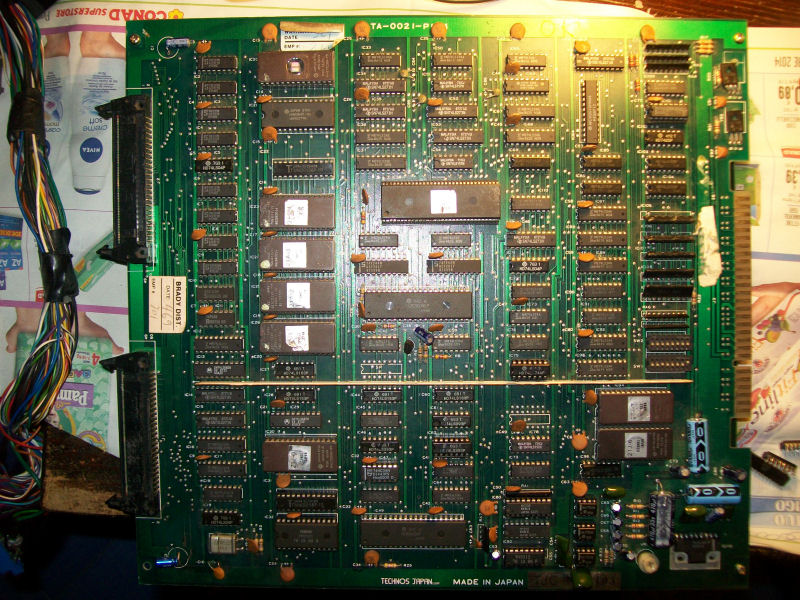 Once powered ON I was greeted by this title screen: 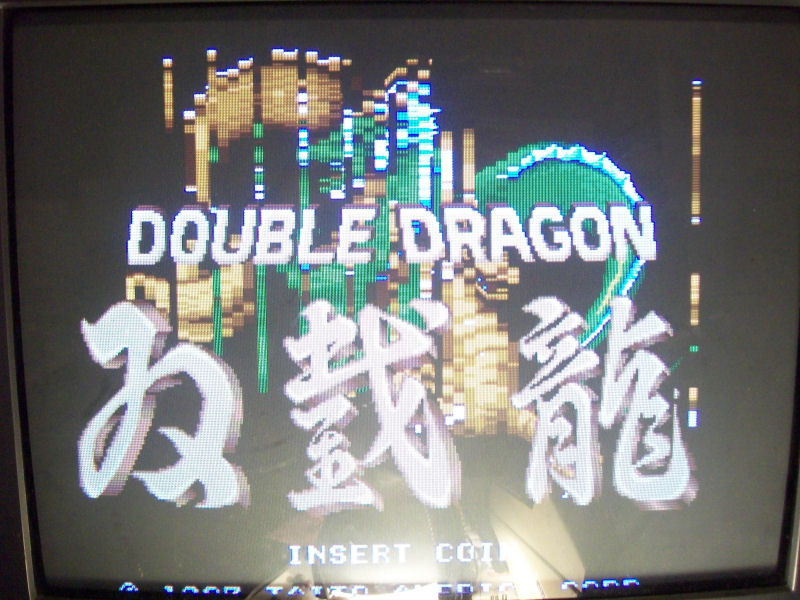 Also sprites in game were all blocky with some parts floating on the screen: 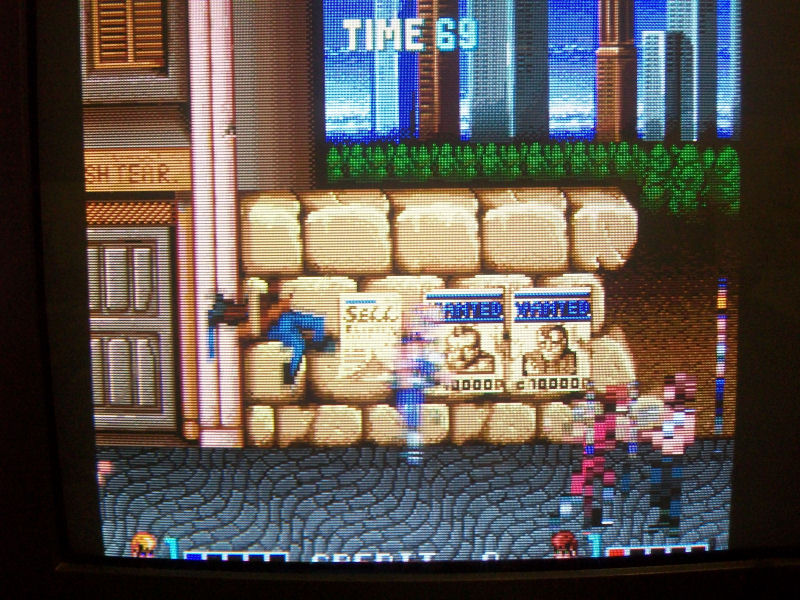 I also noticed that some sound FXs (especially speeches) were missing so I decided to first troubleshoot this issue.Probing one of the OKI MSM5205 @IC81 I found that all four data outputs were not toggling.The chip read data from the two samples EPROMs not directly but through two 74LS157 multiplexers.I found that select line (PIN1) of the one @IC96 was stuck HIGH so data inputs were not selected at all.I traced it back to an output  (PIN3) of the 74LS393 @IC62 so I desoldered it but it was good.Probing the its CLEAR pin I found that it was stuck HIGH.Tracing it back lead me to an output (PIN6) of a 74LS74 @IC75. I desoldered it and tested it out-of-circuit  having confirm that it was bad: 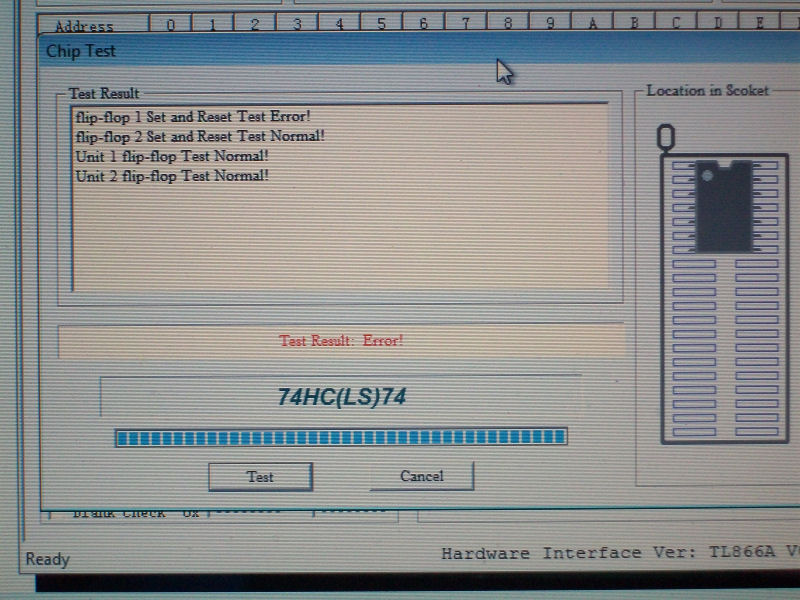 With sound FXs fully restored I decided to come back to the sprites issue.Fault was located in the VIDEO board since I swapped a good one and issue sprites came back normal.Luckily we have schematics so I started to check for parts of circuits involved in the sprite generation and handling but after two days of troubleshooting and a lot of suspected ICs replaced in vain I came to a dead end.I was nearly to give up and declare the board as not repairable but checking the last part of the object generation schematics I found a missing signal input (called ‘OCGL’) on PIN9 of a 74LS08 @IC36.This signal is generated by an output (PIN5) of a 74LS174 @IC69 always on VIDEO  board.

As I said this ‘OCGL’ signal was present as output of the 74LS174 but not as input of the 74LS08 so it was lost somewhere on the PCB.Following on solderside the traces between these two ICs I came across a via under a 74SL157 @IC34.I desoldered it and found this: 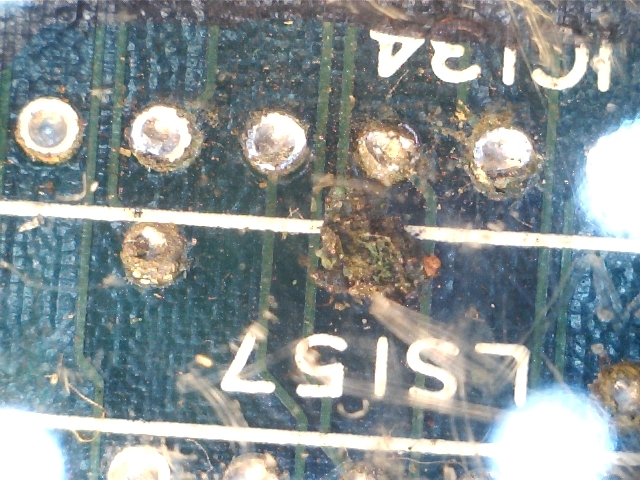 Oxid literally had corroded and eaten the pad and part of trace thus preventing the ‘OCGL’ signal reaching the input of the 74LS08.A tiny piece of AWG30 wire: