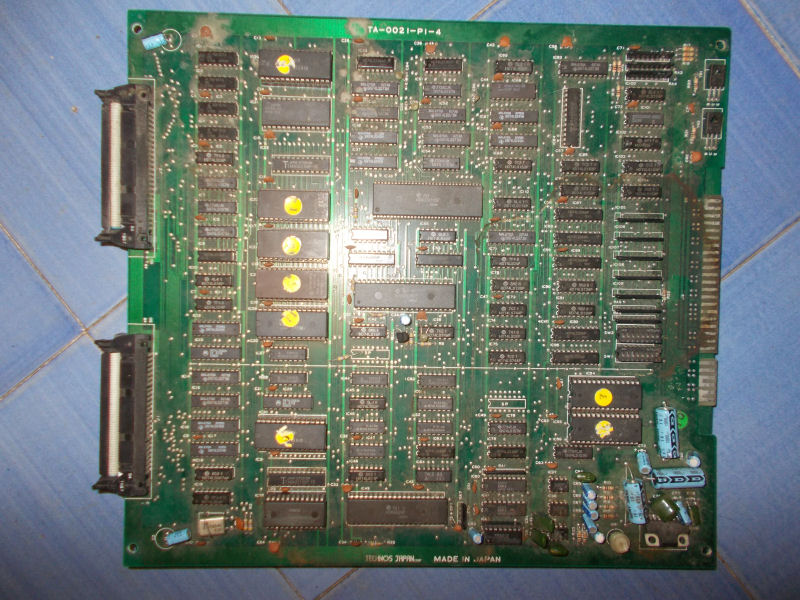 Board came in not very good shape, CPU board was really dirty as you can see from picture above.I powered it up and got a solid black screen so I decided to washed it.After dried and removed the oxide from JAMMA connector : 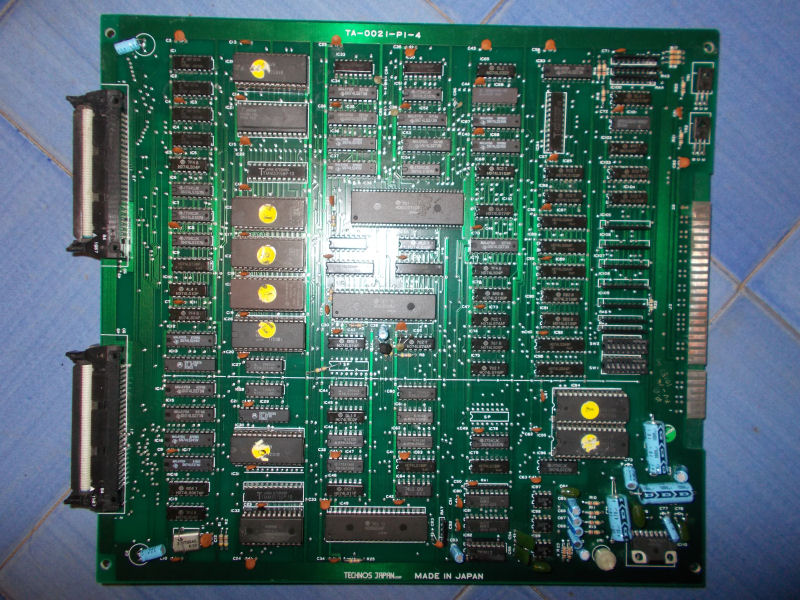 I powered the board again and this time it successfully booted  but after started a game I noticed some sound FXs were wrong, replaced only by some noise : 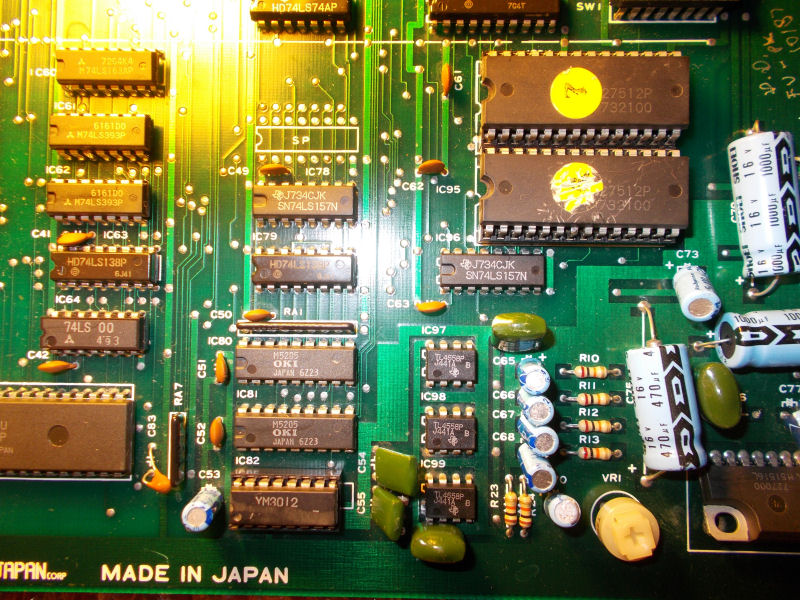 The two MSM5205 were tested good on all pins and piggybacking them didn’t change nothing but when I went to test the two 27C512 I found that pin 7 (address line 4) of the one @IC95 was silent so it wasn’t being addressed.Schematics showed it connected to pin 3 of a 74LS393@IC61 : 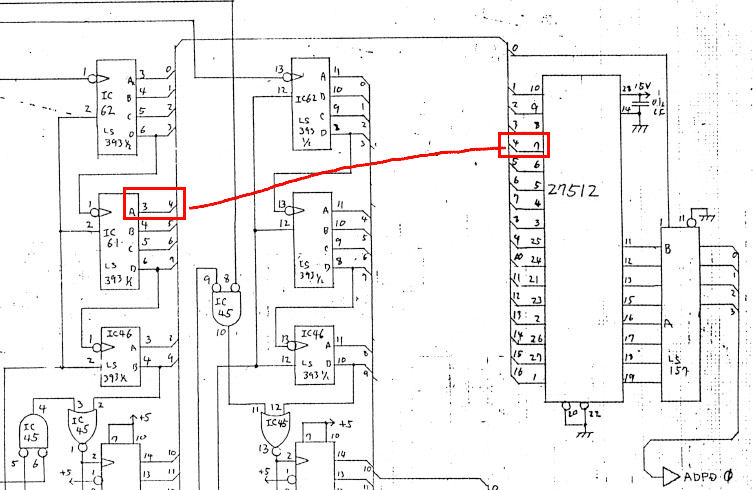 Jumpering the two pins fixed the issue and all sound FXs were restored but it was an ugly solution so I followed the trace until the point of its break.This lead me under the socket of the 27C512 @IC95 where a pad was corroded and lost contact to pin 7 of this EPROM.I restored the connection with a piece of AWG30 wire after breaking the plastic of the socket in order to reveal the pad: 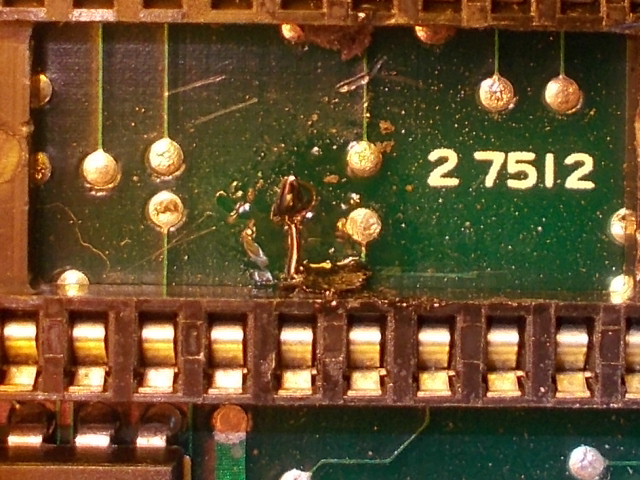