Received today from Germany some faulty PCBs for repair, there was this Dragon Breed boardset (on Irem M72 hardware) 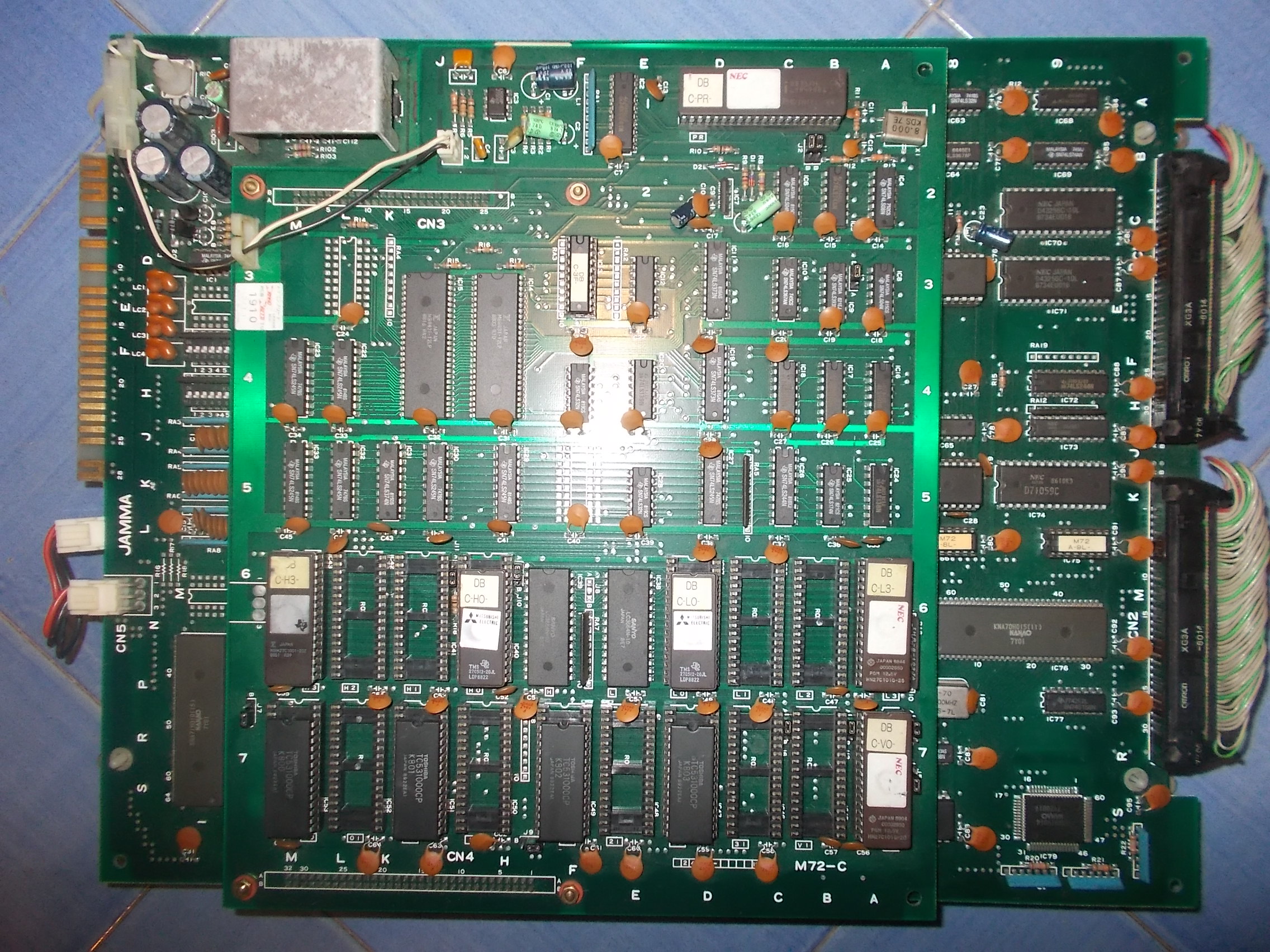 Sprites were glitched with jailbars thru them: 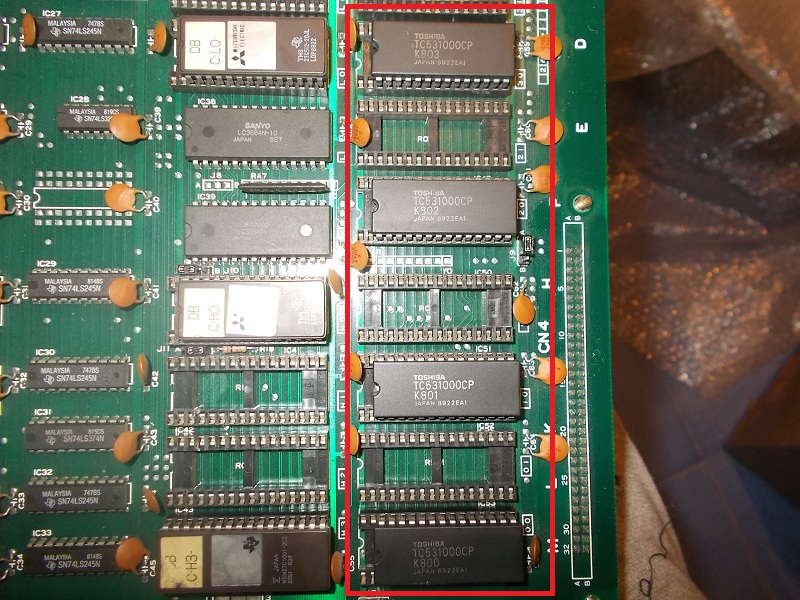 Due the fragile nature of these devices I was pretty sure that there was a faulty one but I was wrong since dumps turned out to be good.Analysing them with a logic probe I noticed that data line D0 (pin 11) of the MASK ROM @IC49 was stuck low, measuring its resistance to GND gave me only few Ohms:

Since device was good there was clearly something forcing the pin low, most likely a short (not ‘dead’ though).I traced the involved pin back until I came across to this scenario: 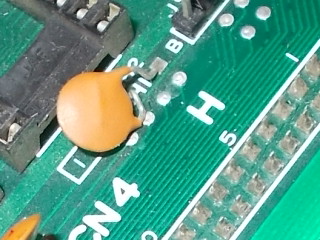 Here’s a close-up under a microscope: 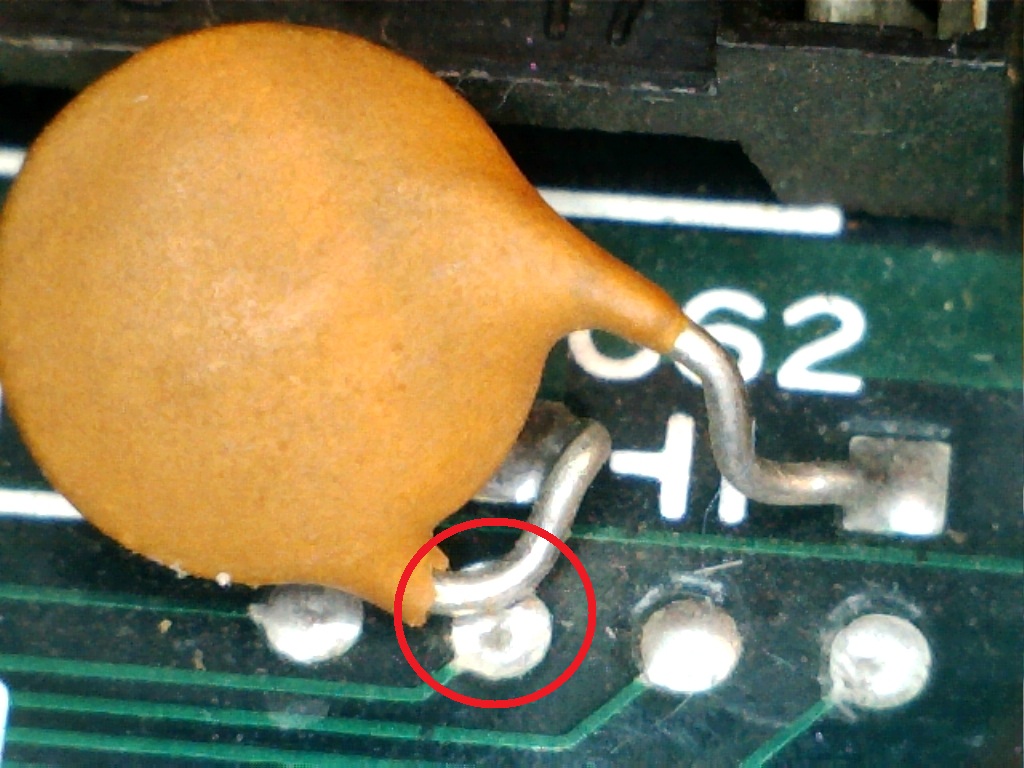 The capacitor @C62 was bended and its terminal connected to GROUND  was accidentally lented on the pad of the trace tied to the data line.I straightened the capacitor, this cleared the short and hence sprites issue, simple but effective!Job done.