Got this Explosive Breaker PCB (an unusual shoot’em up from Kaneko) from Portugal for a repair.Board was in good condition but showed some sign of previous rework especially on SMT devices :

On power up the self-test seemed to be successully performed but then an error occured and the board resetted in an endless loop:

Inspecting the board I found that the custom IC marked ‘VU-001’ (involved  in Serial EEPROM and dispwitches handling) was burning hot : 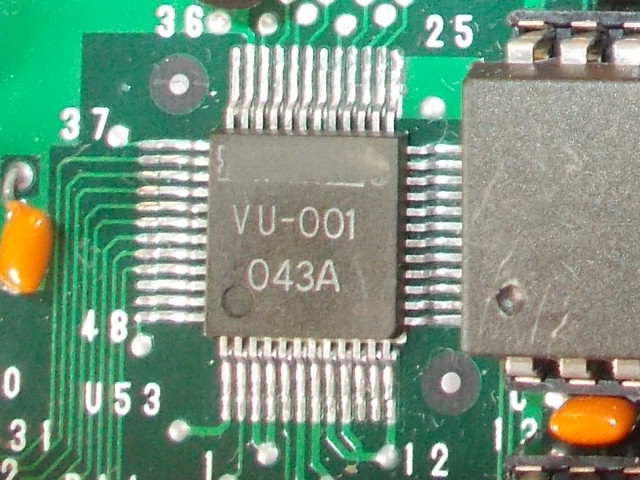 The IC seems to be used on very few other Kaneko PCBs but we looked around and found a donor (Magical Crystals, a maze game) which runs on identical hardware: 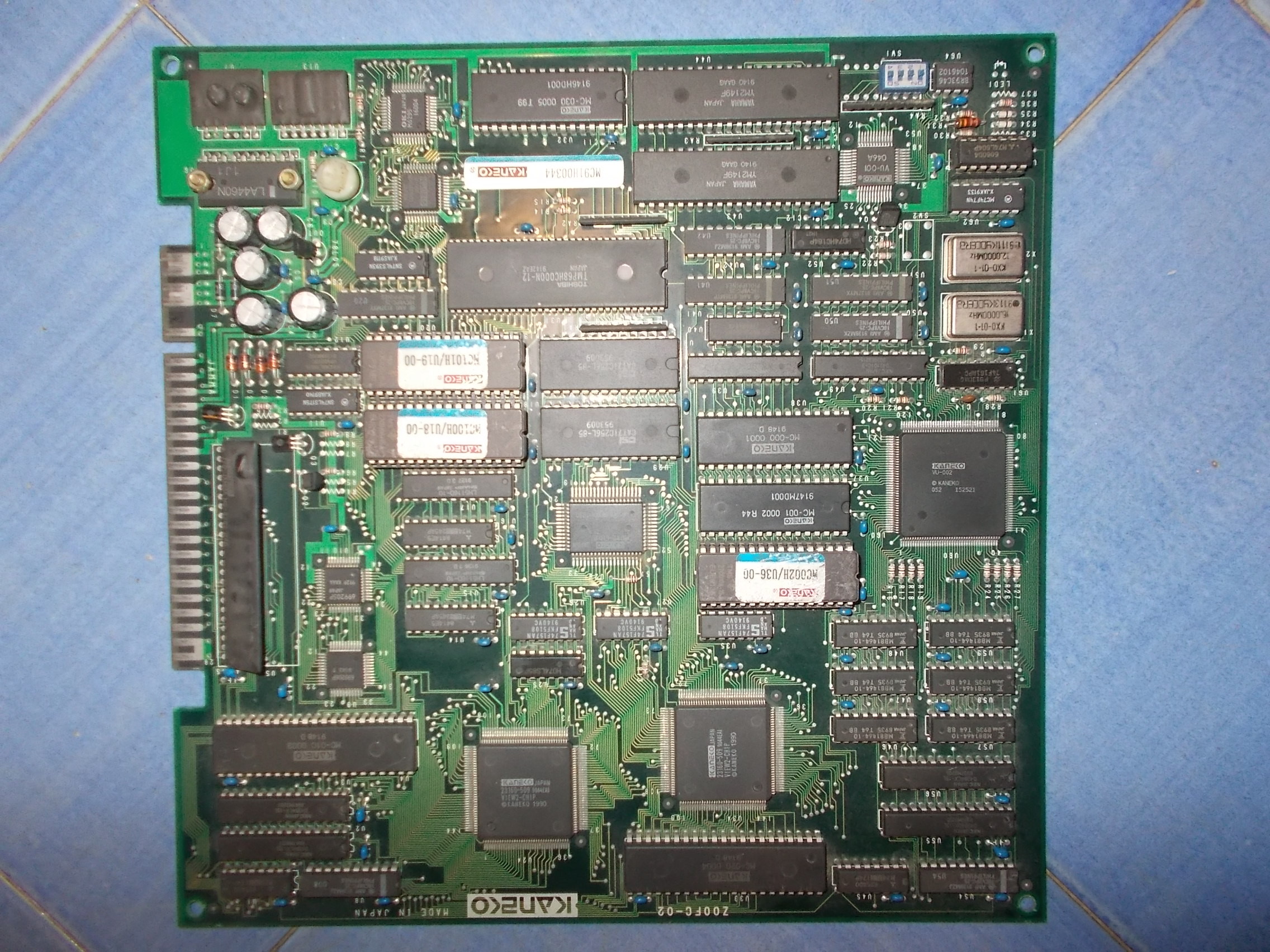 I replaced the custom with the spare : 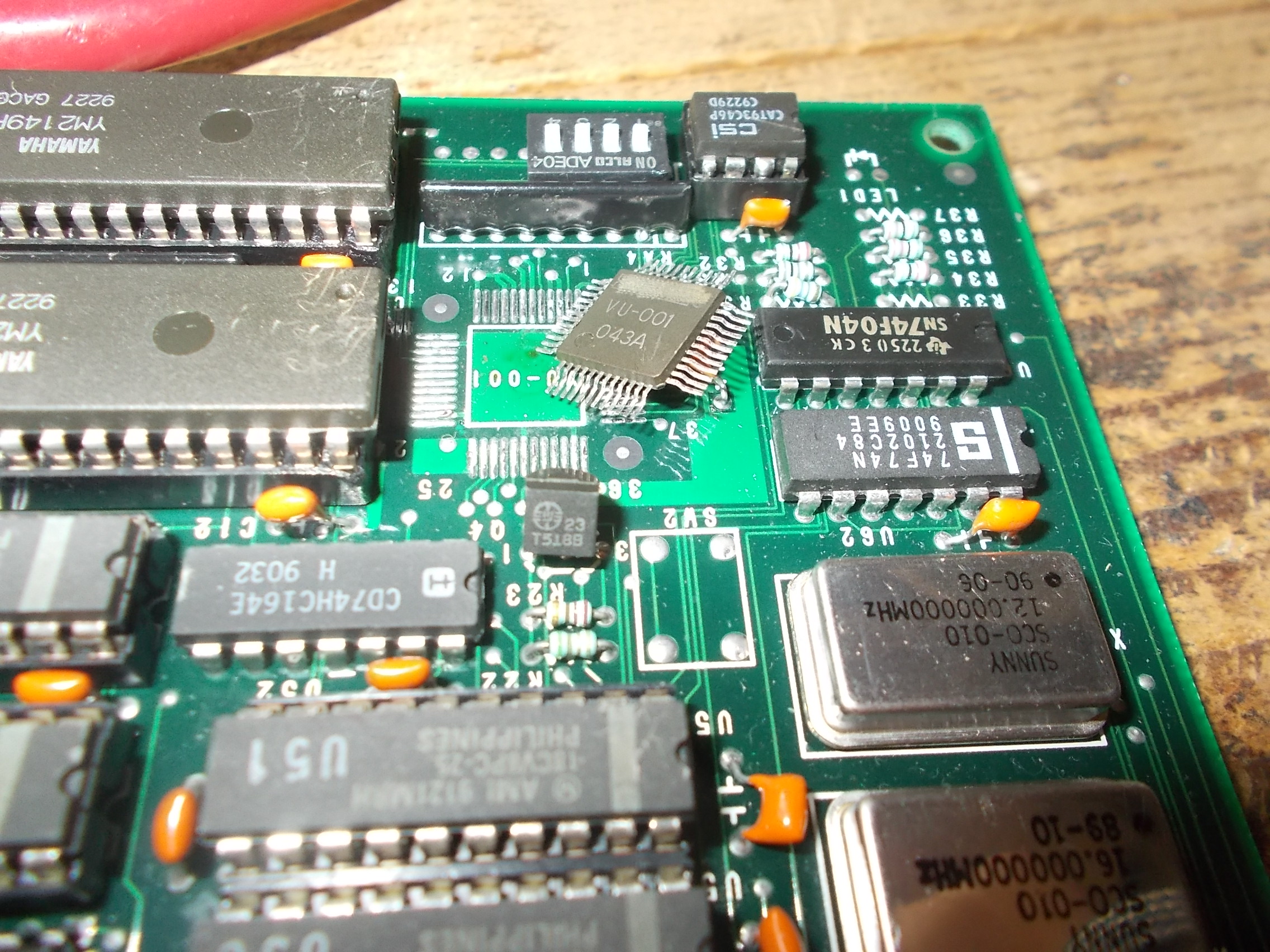 Board finally booted into game but screen was blueish:

A predominance of the blue color means that red channel has troubles or is missing.The RGB colors come from the emitters of three NPN transistors: 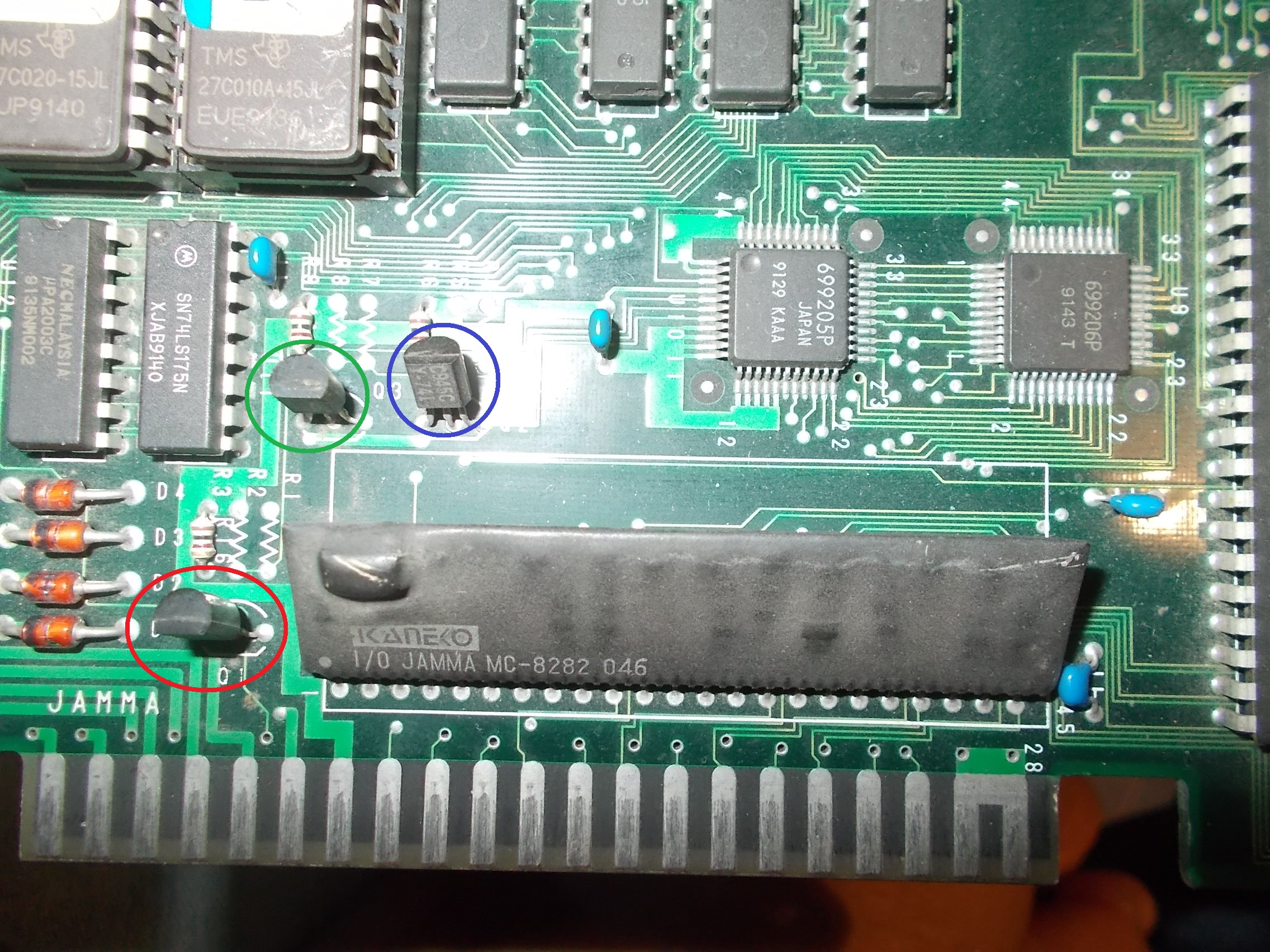 Probing the base of the red transistor revealed no signal hence the problem was upstream: 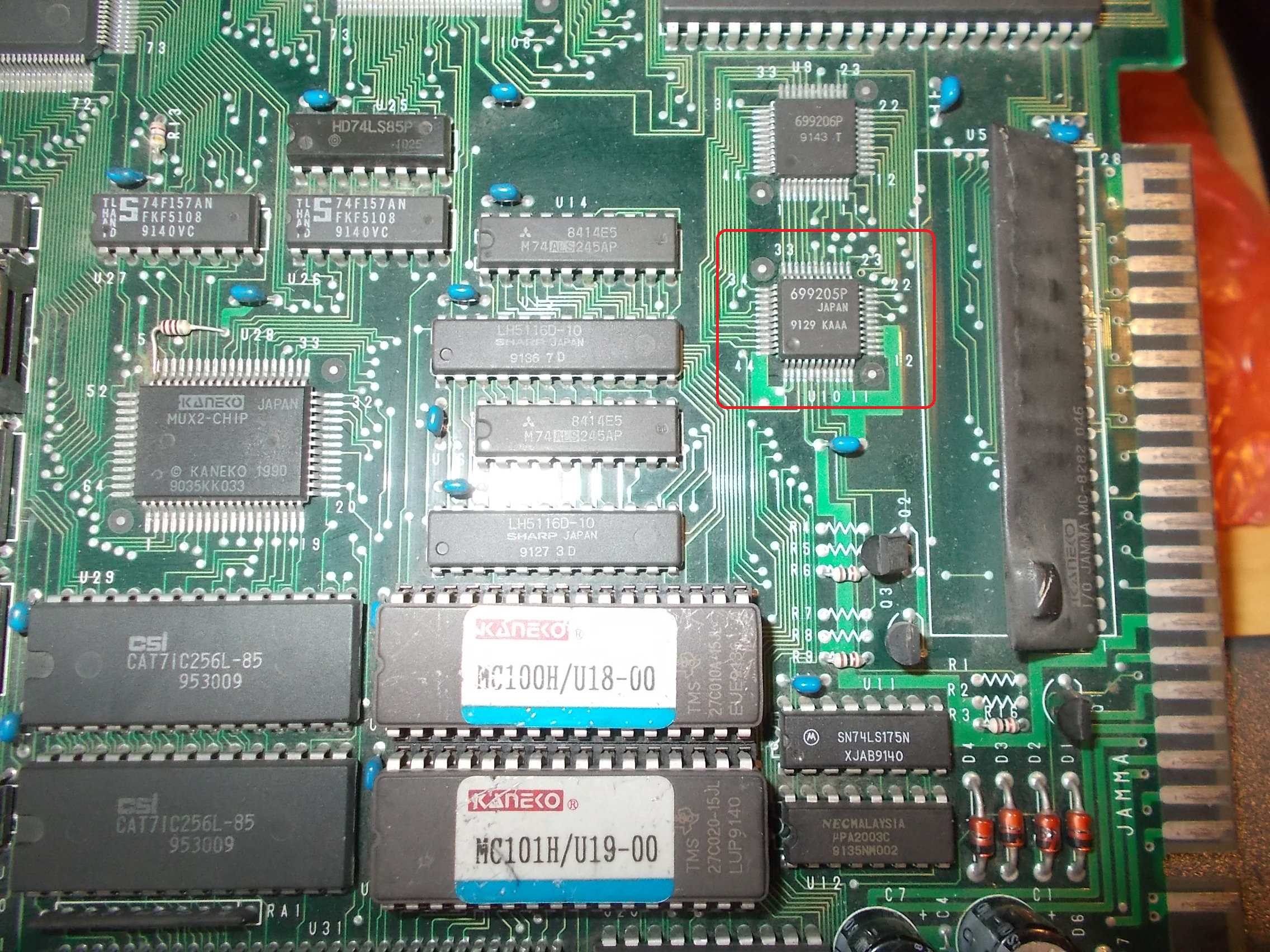 As said before all the SMT devices were previously reworked, also this one showed signs of hot air reflow.Inspecting it with a microscope revealed a solder bridge shorting two pins: 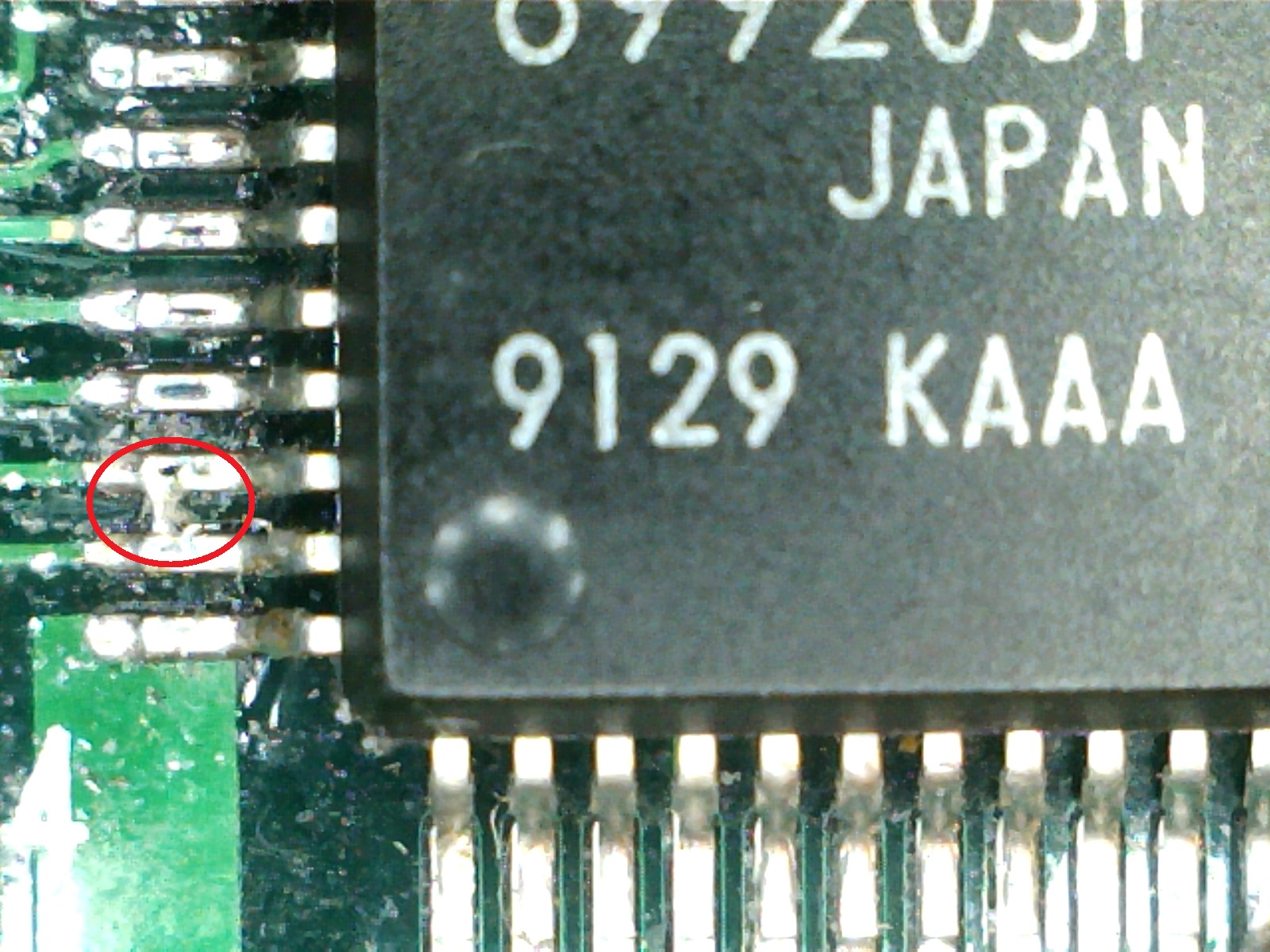 I fired up my soldering iron and removed it, this restored the correct colors and fixed board competely.Job done.