I bought this pretty rare Exzisus PCB as faulty from our member Corrado: 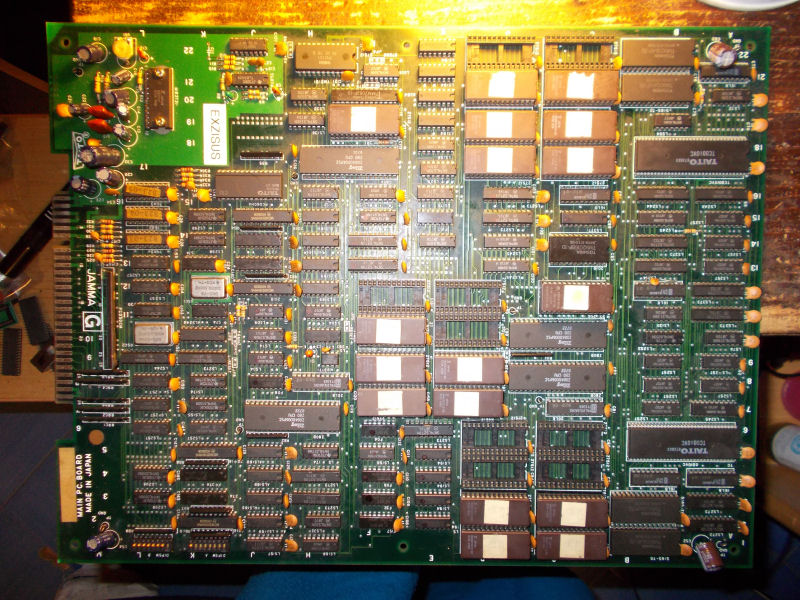 For the uninitiated it’s horizontal scrolling shooter arcade game released by Taito Corporation in 1987.There are two PCB version, one not JAMMA with separate RGB outputs for background and sprites, the other with a single video outputs and is JAMMA compliant.The one I got was the latter.

Once powered the board up I immediately noticed two issues : all sprites were horizontal lines shifted and repeated on each half of screen : 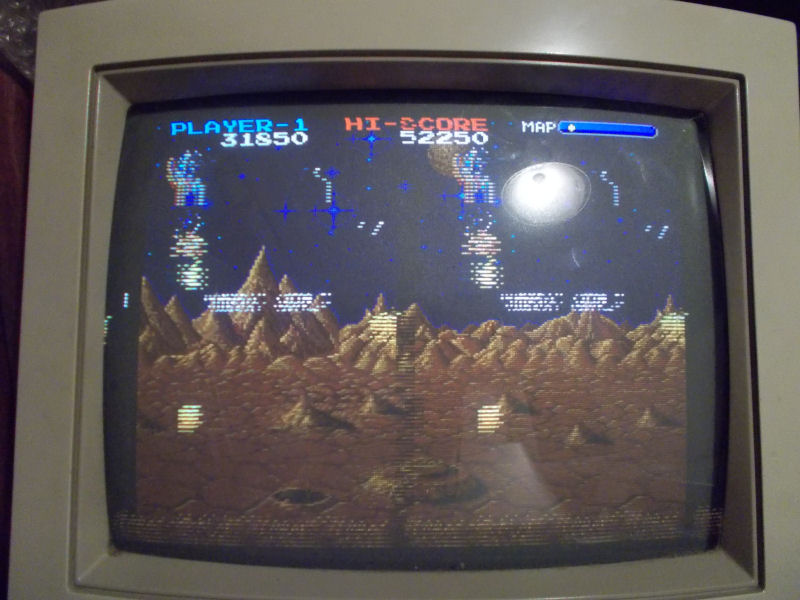 and  sound was missing at all (although I could hear some noises sign that amplifier was  good).Studying a bit the hardware, I could figure out how sprites were drawed.The four sprite EPROMS are addressed by a custom, marked ‘TC0010VC’ (there is another one for the backgrounds) while the data were written on two 6116 RAMs which were addressed by the same custom but not directly but through two 74LS273 latches and four 74ALS169 counters:

Probing the latter with my logic comparator I got troubles on the outputs of three of them so, although false readings are quite common for this kind of device I decided to remove them.Tested in my BK560A they all failed:

Once replaced these counters, the sprites were correctly restored: 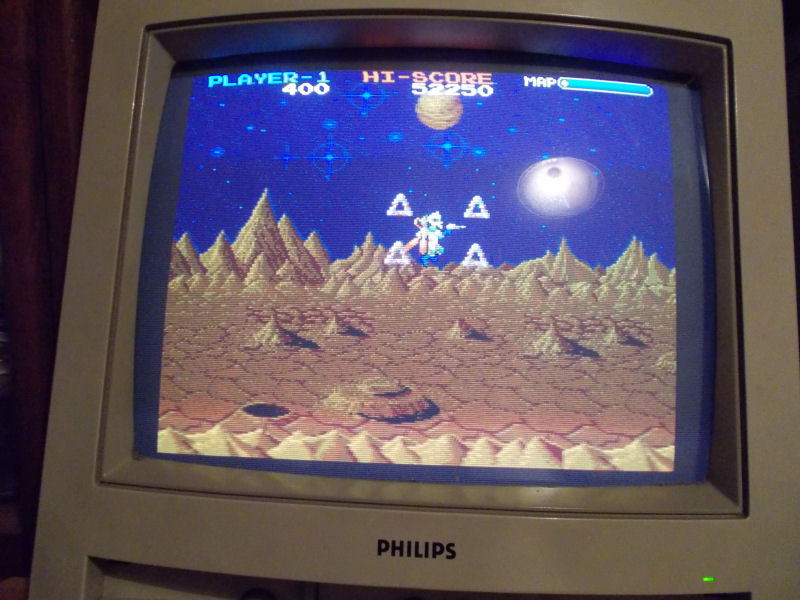 So I could focus on the sound lack.Connecting an external amplifier to the analog output of the YM3012 DAC I could hear all the sound as well as on the input of the near TL074CN OP-AMP but nothing on its output : 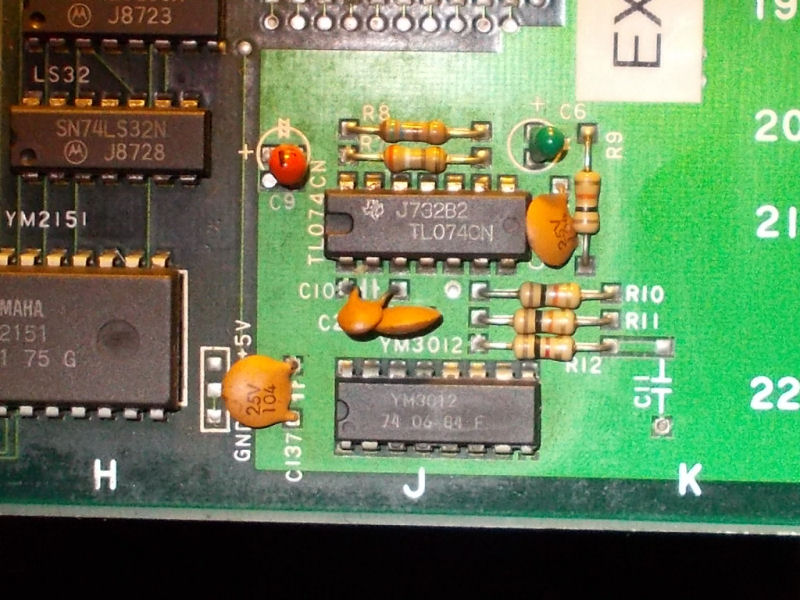 This was confimed also on my analog scope (good input on the left, no output on the right):