Received today this Fire Shark PCB for a repair: 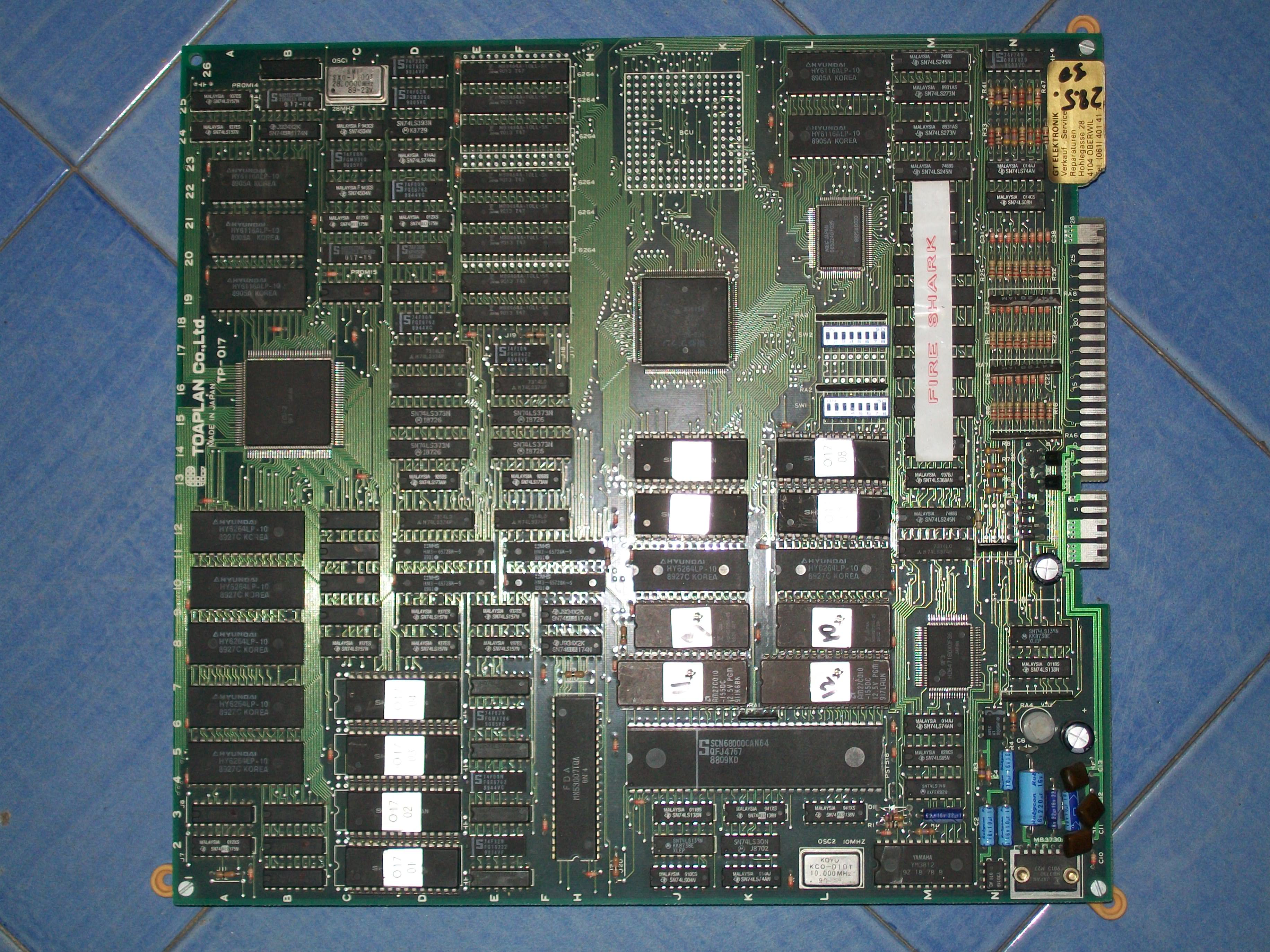 According to the owner, board would sit on a “OBJECT RAM ERROR”  but instead,  once powered up, the board entered in game but sprites were almost absent,spread on screen in form of lines and garbage:

Like many other Toplan games, also this one uses the ‘FCU-2’ custom ASIC sprites generator which , due its package, is the first thing to check if you have sprites issue: 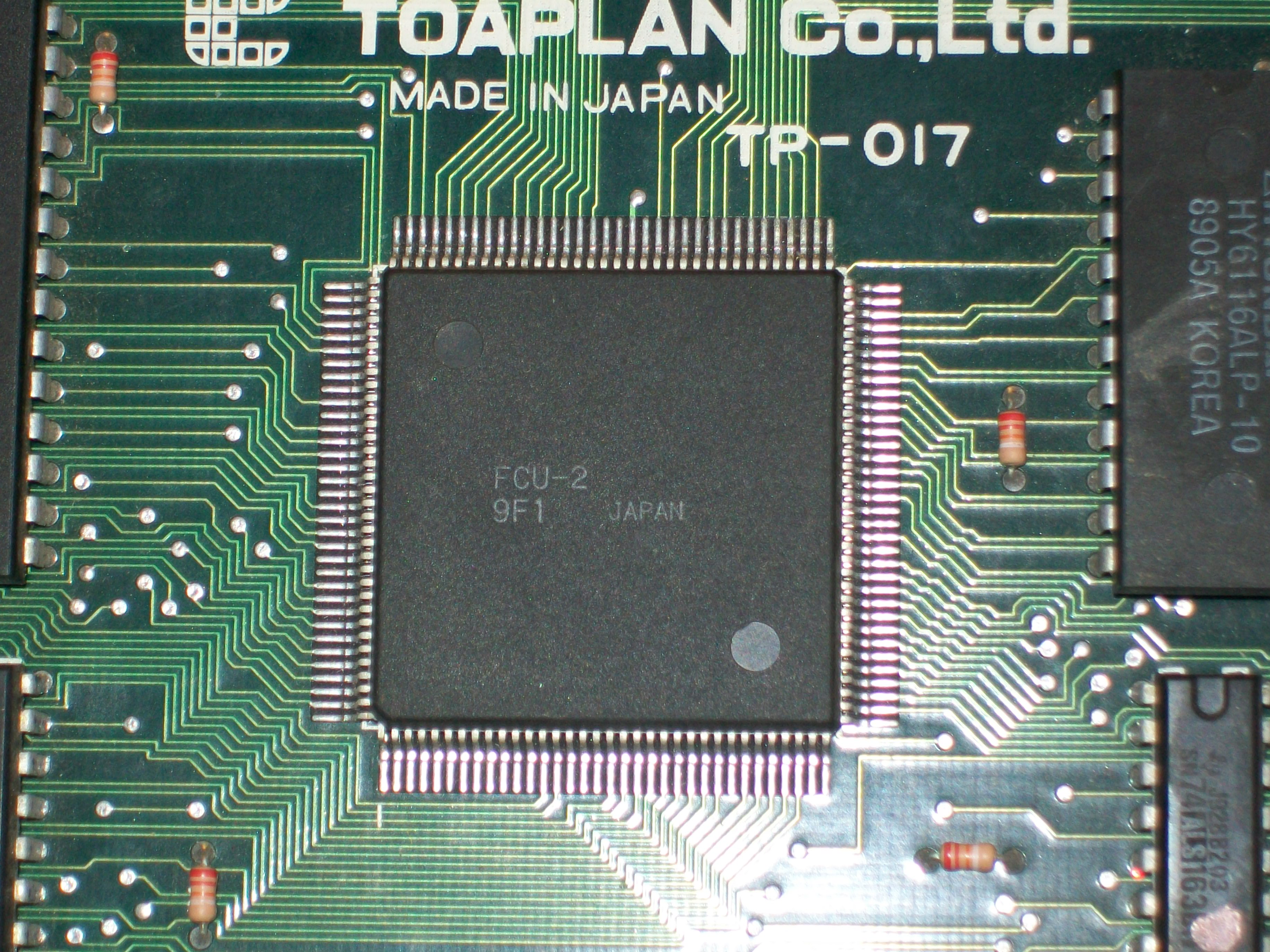 Visually I couldn’t see anything wrong with it but when I tested the soldering of each pin with a needle, I found some loose legs on a side : 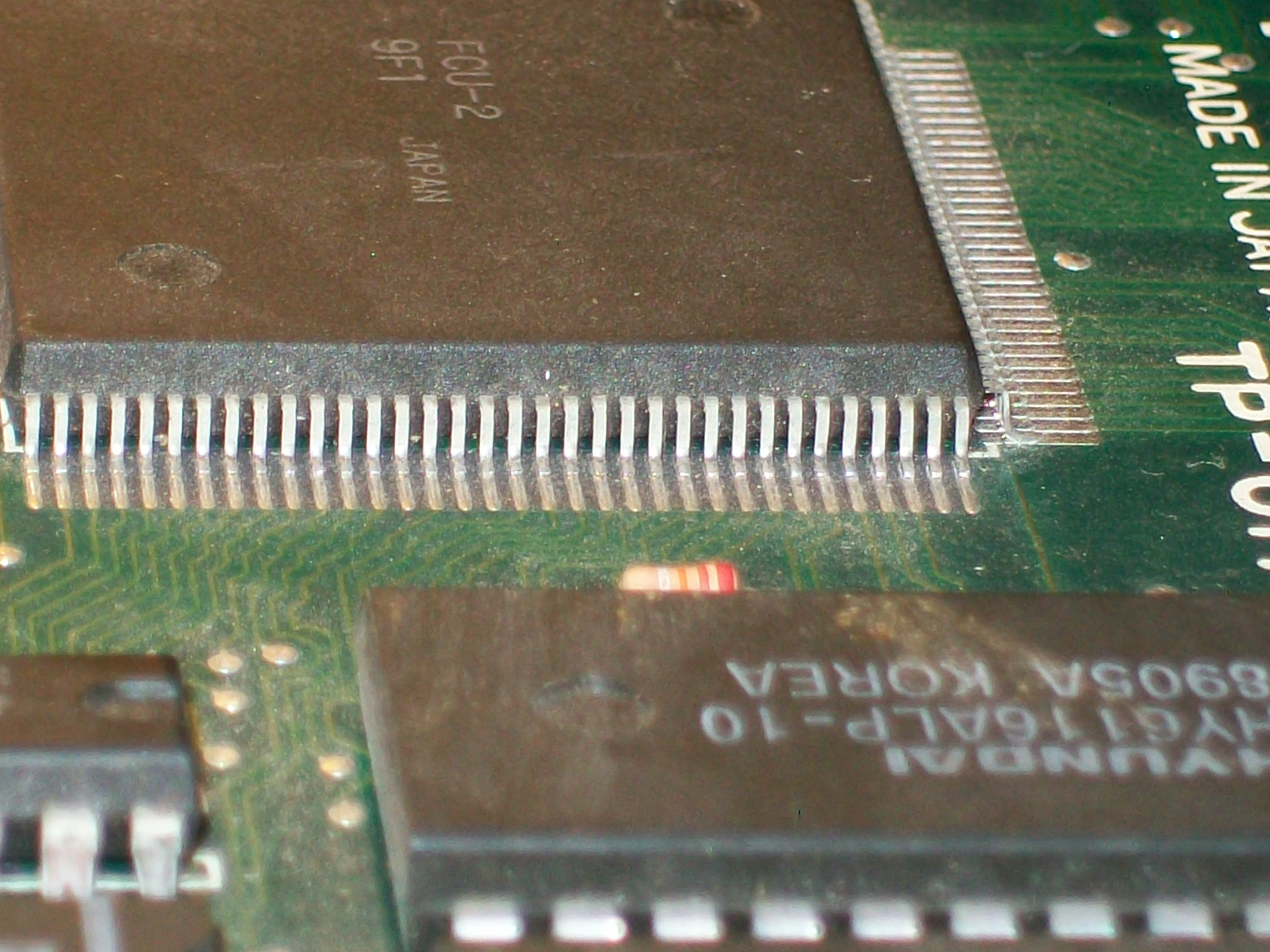 I promptly reflowed them and sprites were back properly formed: 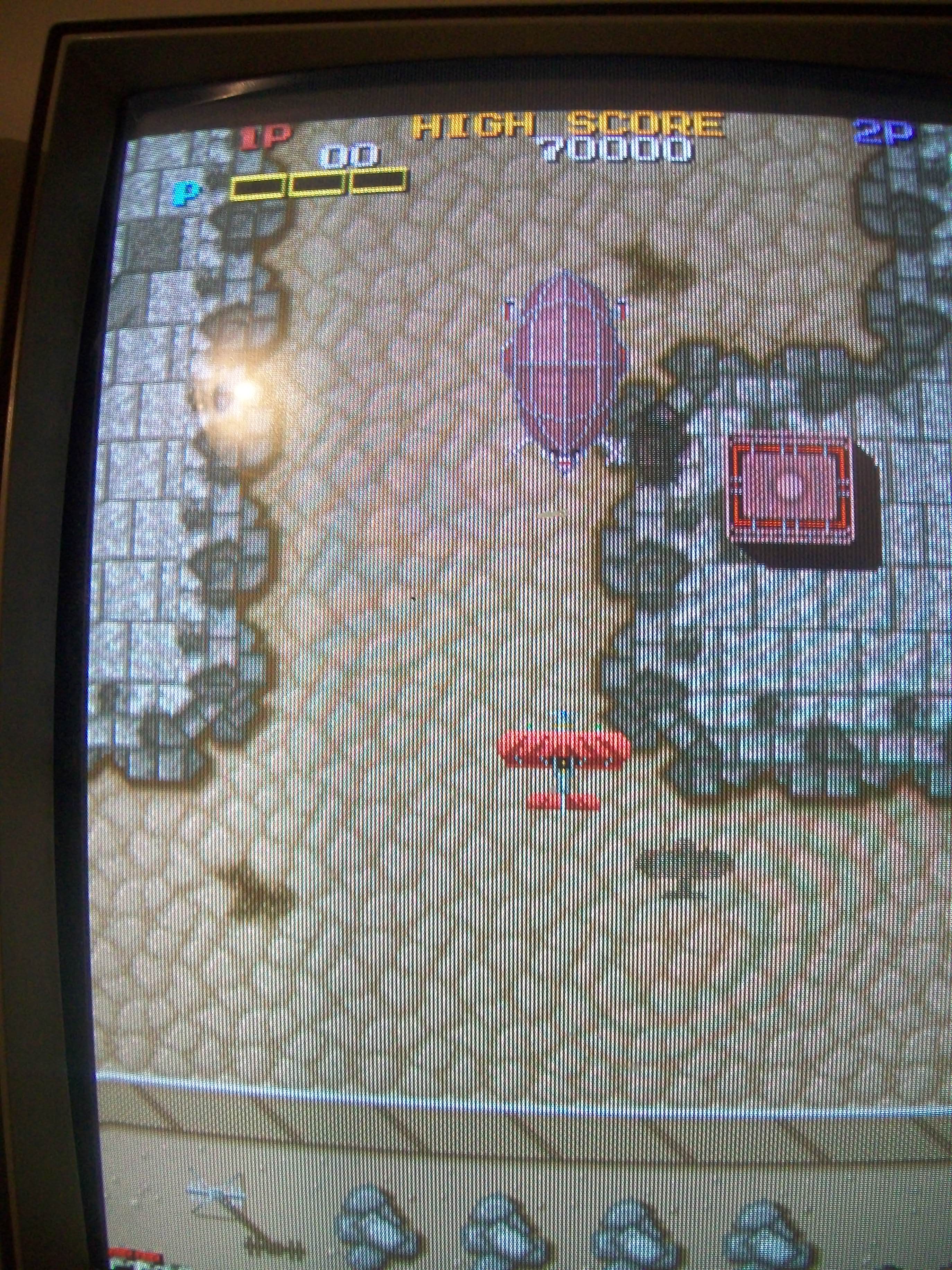 The other issue reported by owner was that player 2 controls were not responding except for BUTTON#2, COIN and START.The screen of the TEST MODE clearly showed the stuck inputs: 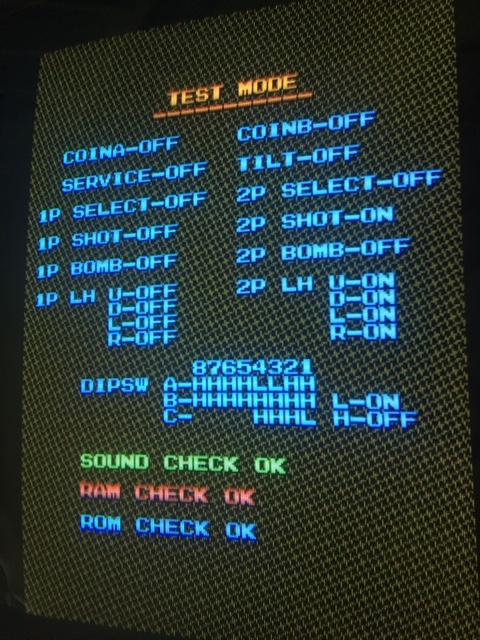 I traced these inputs back to a 4.7K Ohm resistor array used as pull-up and I found it was cracked in two: 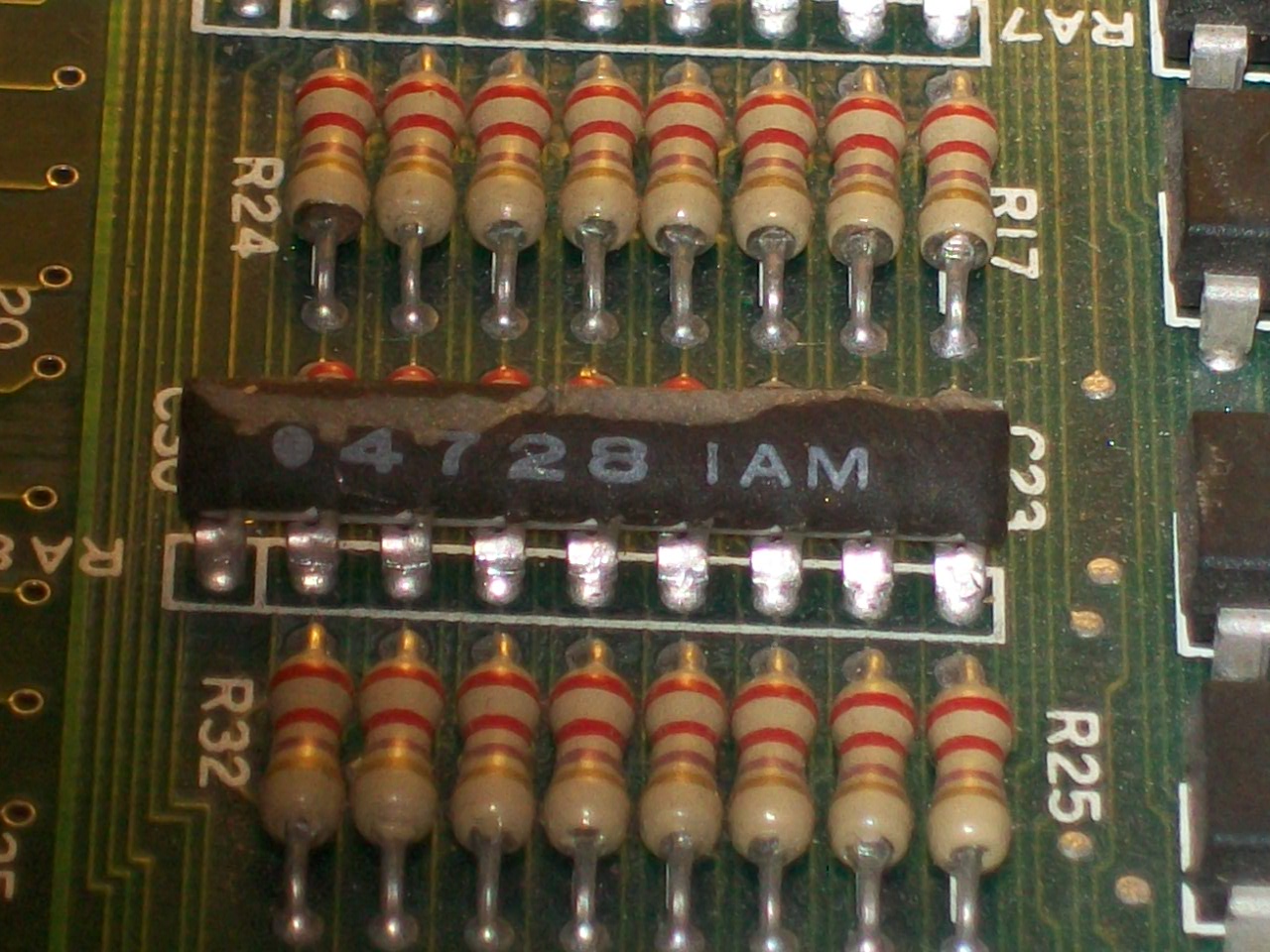 The scope confimed that half of pins were floating and not in high state like they should be : I removed the broken resistor array: 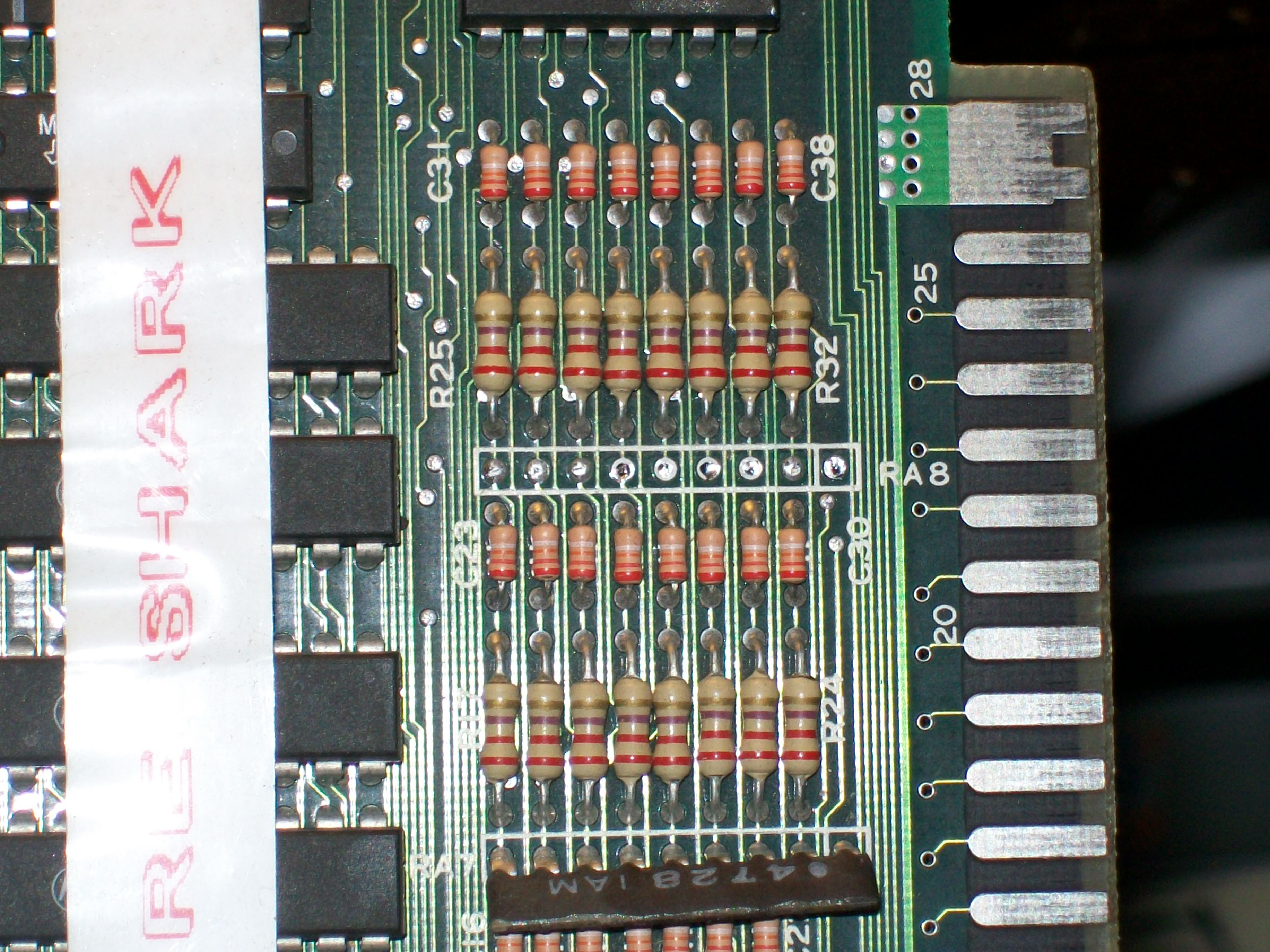 and, after installed a good one, all the player 2 inputs were correctly working again.Board 100% fixed.