My friend ‘supermik’ sent me his Flicky PCB (released by Sega on System 8 hardware) for a repair: 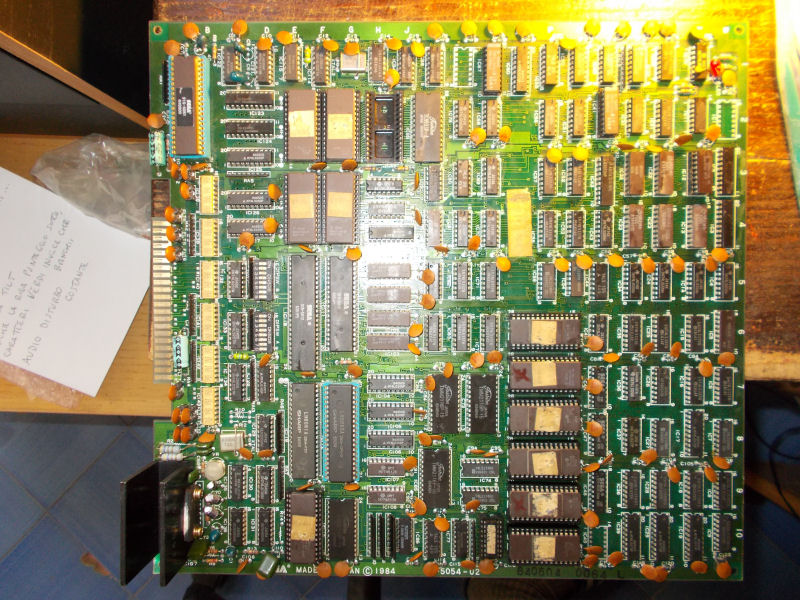 When I powered it up,I got this scenario: 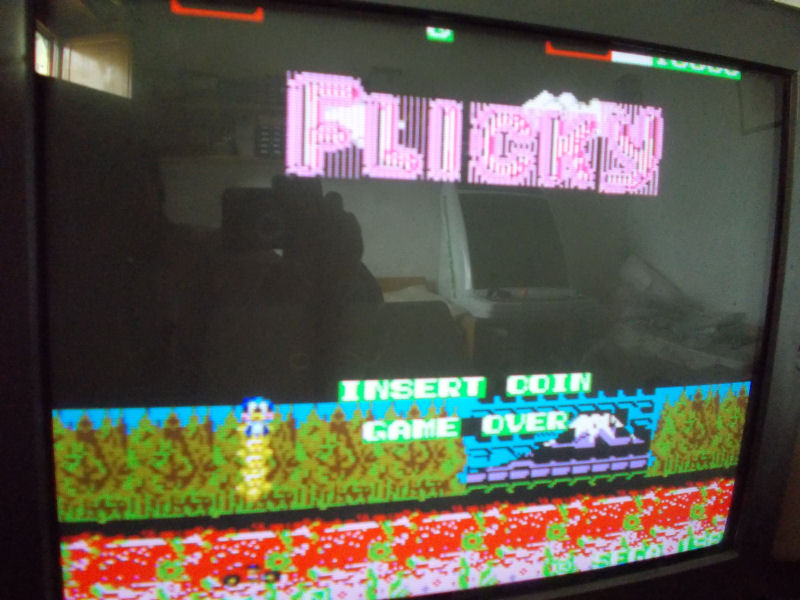 Sprites were fine but backgrounds were all wrong.Tiles data are stored in six 2764 EPROMs devices: 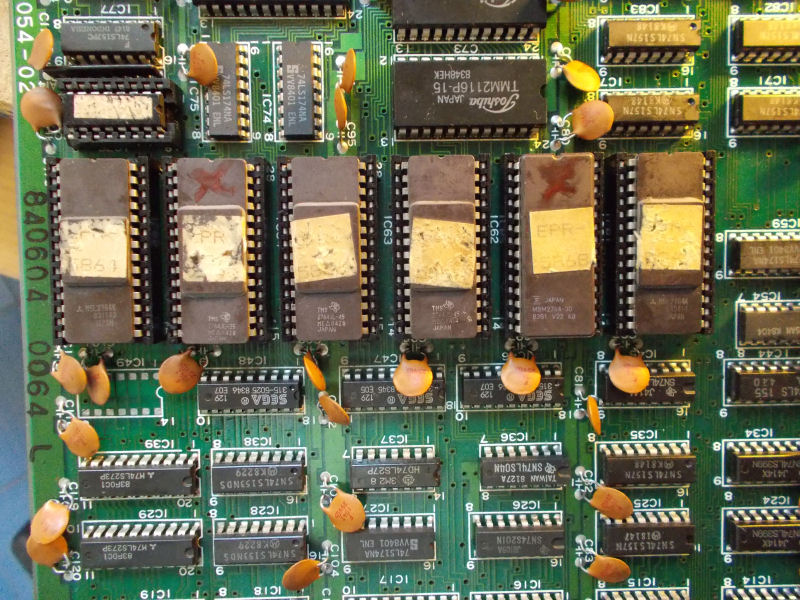 When I removed them for dumping, I noticed a broken pin on one device which I promptly rebuilt:

At same time I replaced four sockets of the tiles EPROMs (similar sockets are used also on Konami boards, they are beautiful but unreliable): 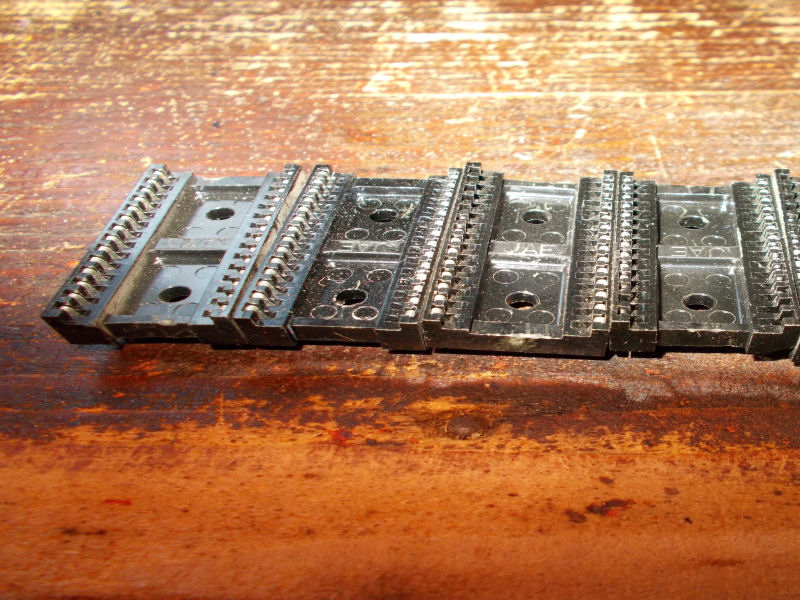 Backgrounds graphics were good now but still some glitches were present: 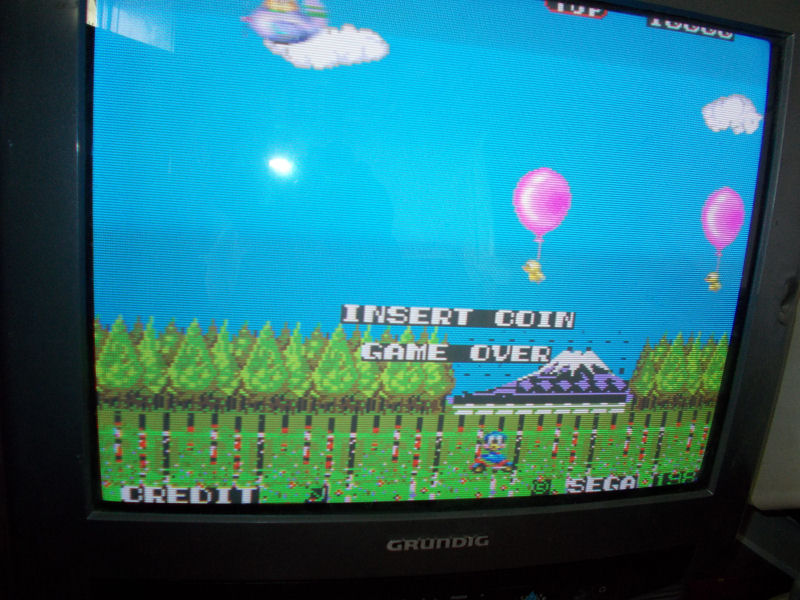 As I said, I dumped the six tiles EPROMs and they matched the MAME ROM set.But something still didn’t convince me so I used my video probe to check where the part of graphics affected was generated.For the uninitiated, the video probe is a small device that routes the green input from JAMMA to the video output allowing you to see on your monitor the signal captured with a probe.You can read more about here: 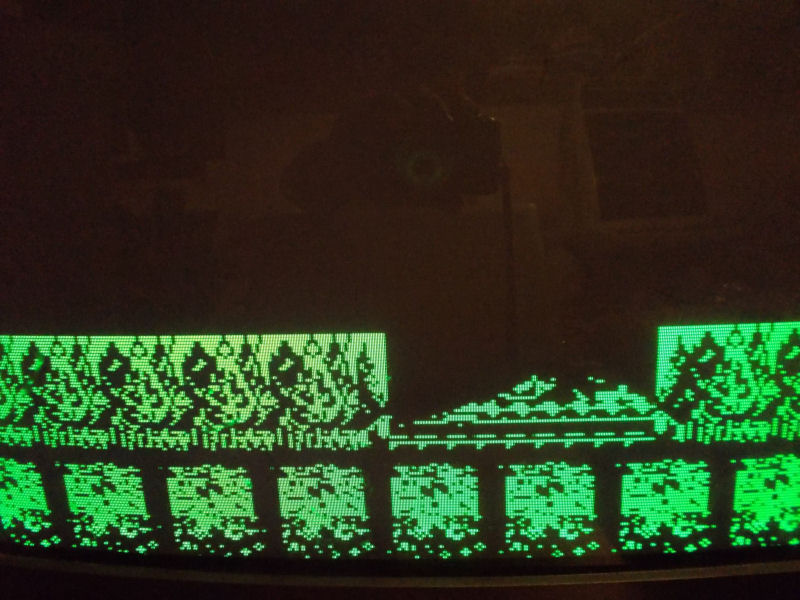 So, in this way I could identify which EPROM generated the wrong graphics, it was the one @IC66:

Reprogramming a blank 2764 device with MAME ROM file fixed the board completely.