I recently bought a fixer-upper Fluke 9100 from Andy.
Andy said the PSU was shot, a blown capacitor and there was an issue with the screen.
First stop was the PSU. After replacing the poly box caps on the input line I was still no better off, the PSU trips the power out. After a fair amount of testing and head scratching I found the 12v PCB transformer to be blown and was shorted. Its game over for this PSU for now and ill try an alternative source.
So I dug out a micro ATX power supply which had the right voltages and wired it in.

On to the blown capacitor. It was pretty obvious to see and the schematics also showed that this too was on the 12v line. 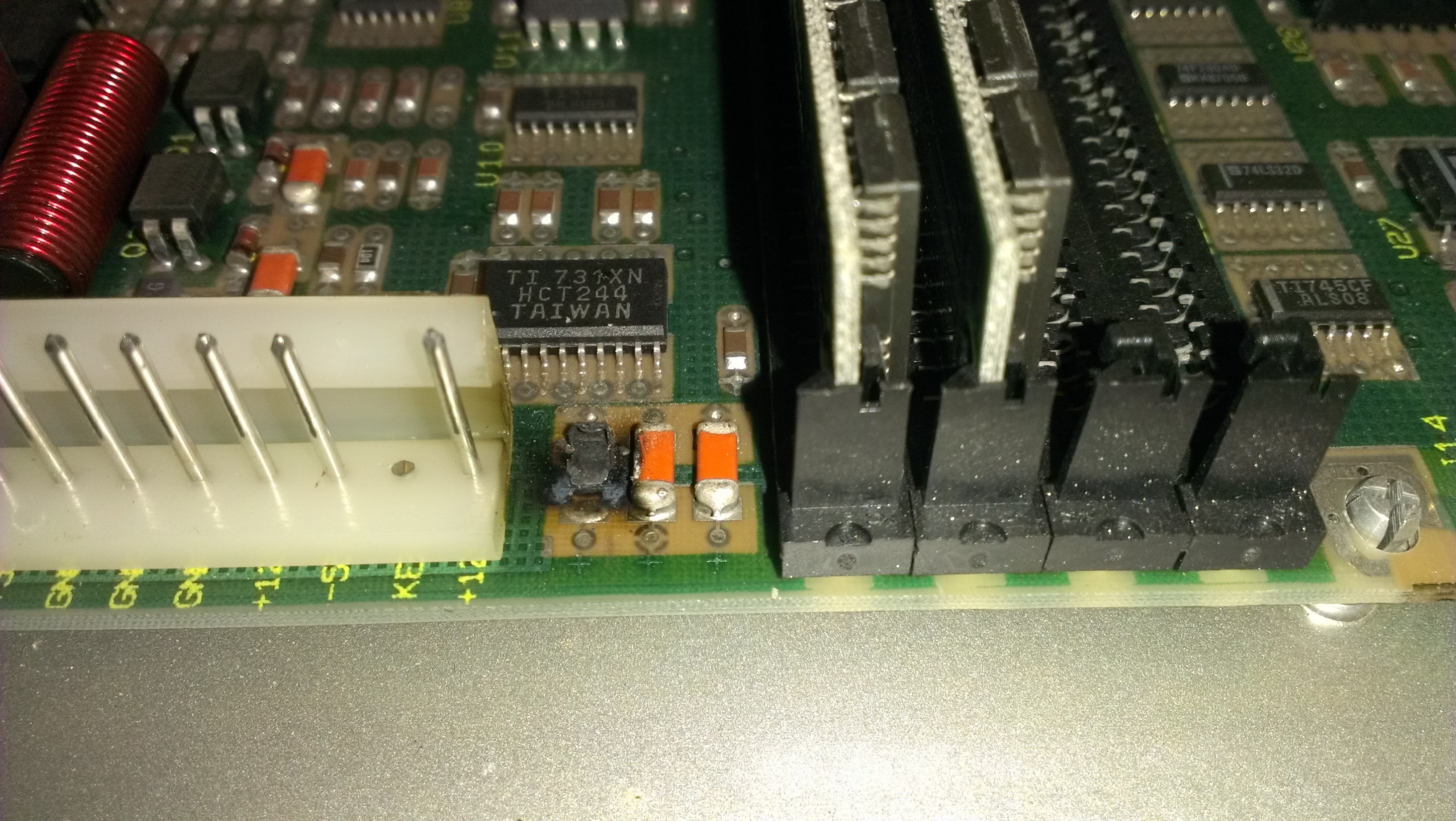 Replaced that and did a few basic checks before powering up.

The fan started spinning but there was nothing on the screen and the keyboard was unresponsive. Since I wasn’t sure if the keyboard did anything at startup so couldn’t rely on it as a test.
There were however a couple of LEDs on permanently. These were RUN UUT and DISK ACCESS.
Looking at the schematics these were not controlled like the others were. A quick check with the logic probe and pulser revealed a dead 74LS06. 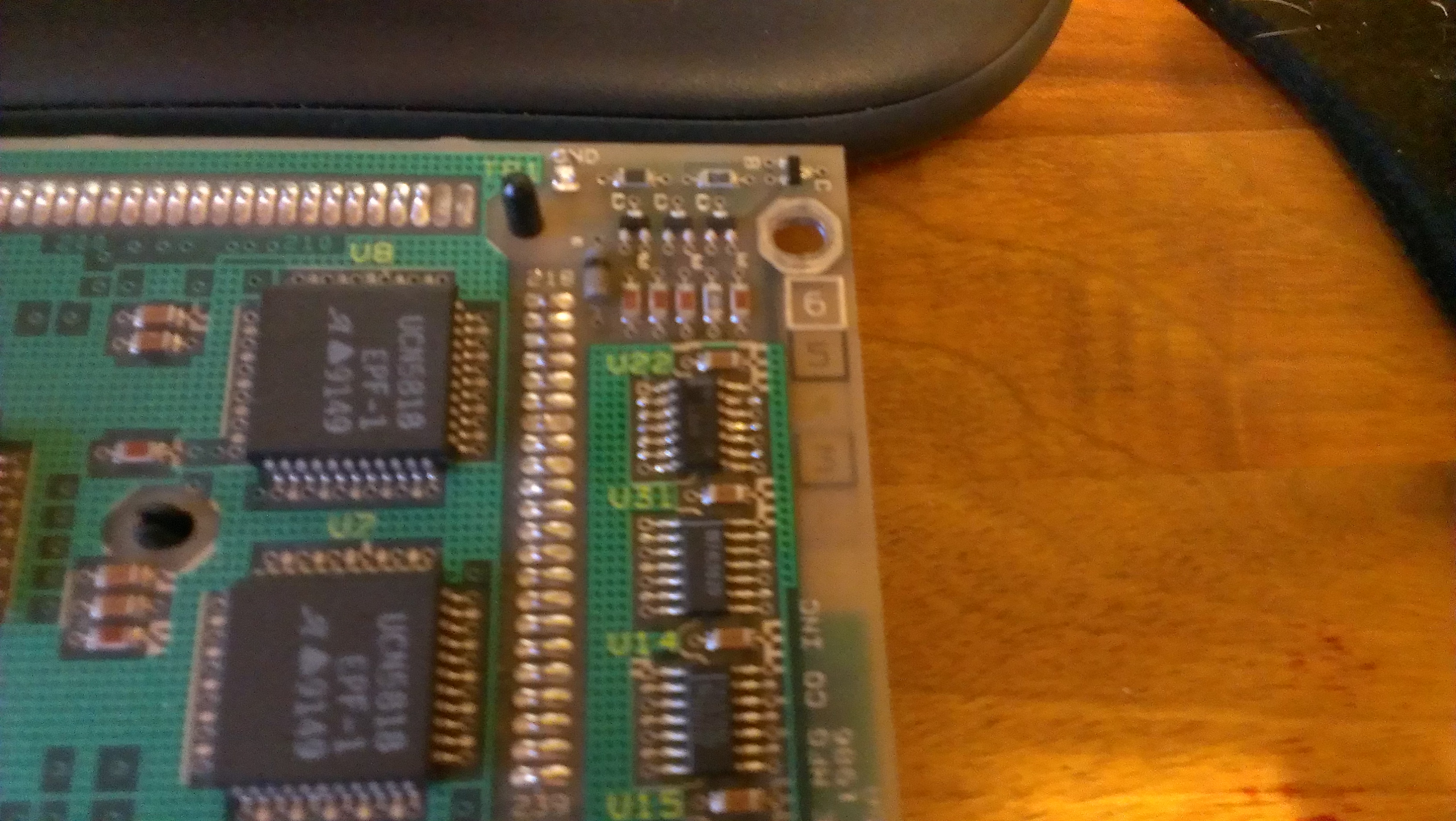 I replaced this and the lights went off but now I had nothing at all.

I started doing some voltage checks on the keyboard/display PCB and found that all voltages were present except for……… 12v!
Working backwards from the connector I found that although I was feeding 12v into the unit it never got to its destination for the display PCB.
Due to the crosshatch mask on the PCB it is impossible to see any traces on the PCBs so I ran a decent patch wire to the 12v pins and tested again. 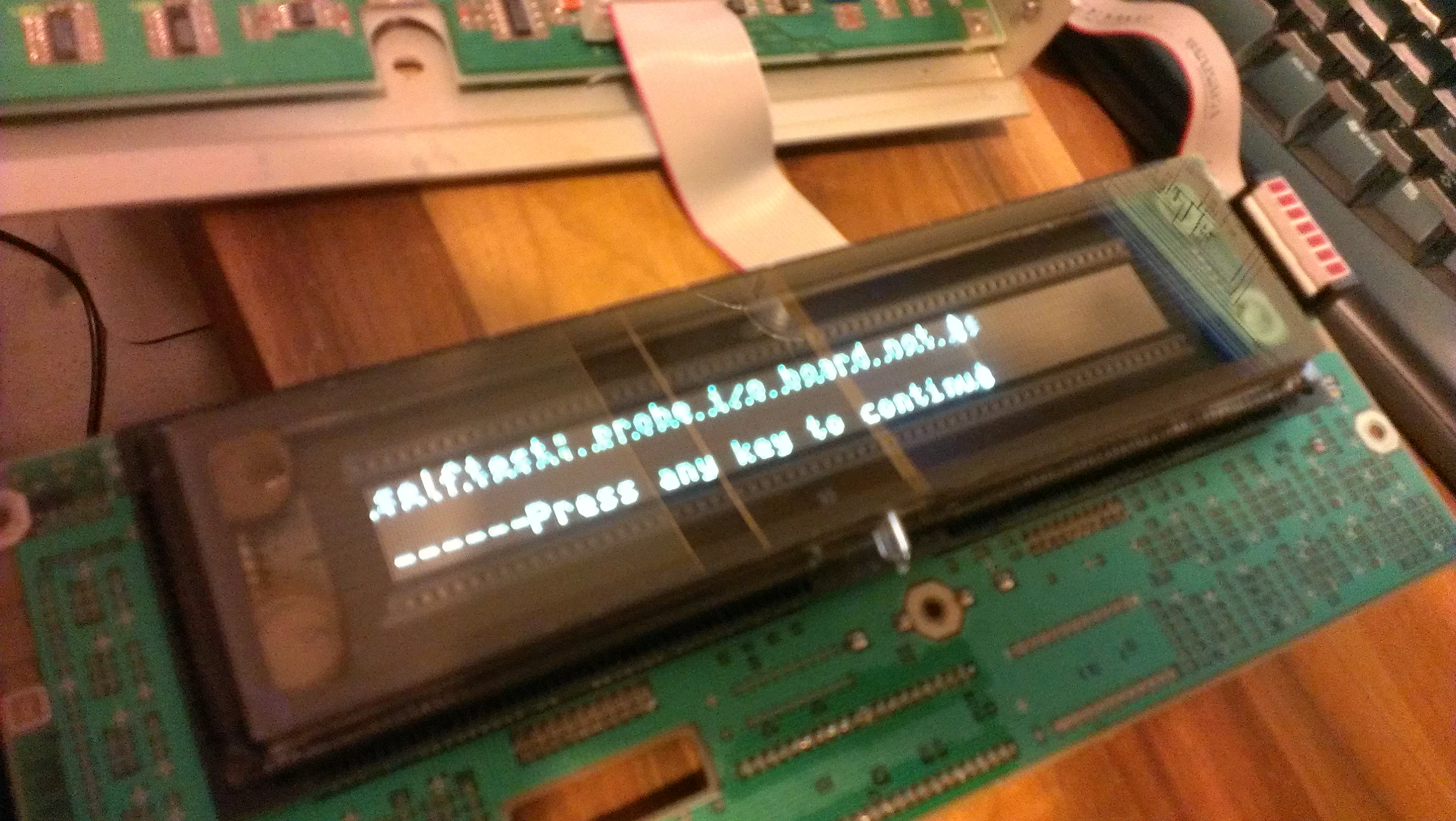 At least I know the screen works, I was beginning to worry.
Clearly there are a couple of issues with the display. I started probing around the driver chips at the back on the PCB until I put my probe on one of the output pins and I blew the 125mA fuse that supplies the 70v.
This little mishap led me to find that two of these 5818 driver chips were shorted internally and were outputting 70v on one of their pins. I removed the two offenders and ordered a couple of replacements from eBay. 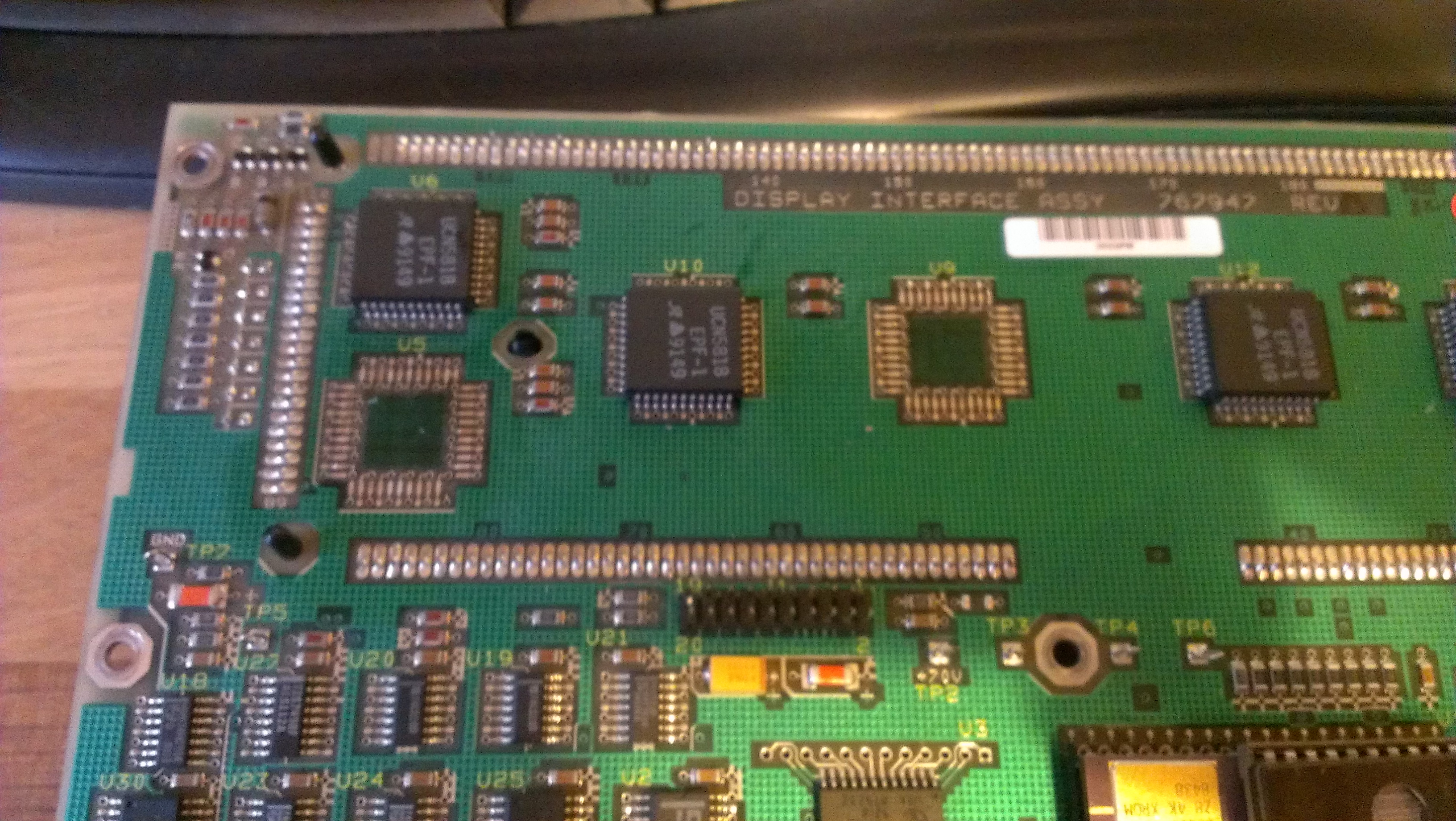 While I was waiting for the chips to arrive I burned a new 2764 EPROM for the Z8 processor on Andys recommendation. 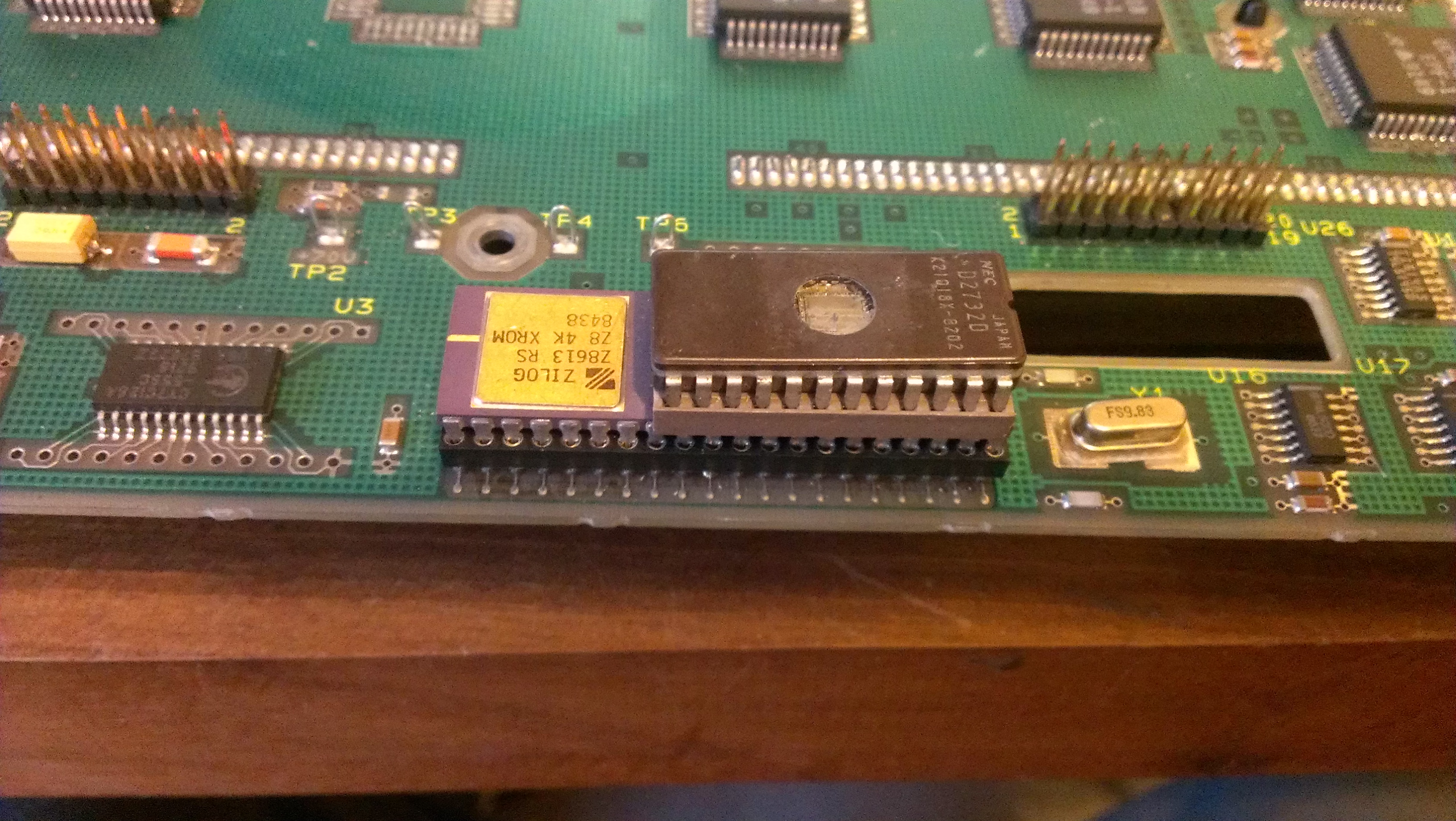 Today the new driver chips arrived and I soldered them on ready for the big test. 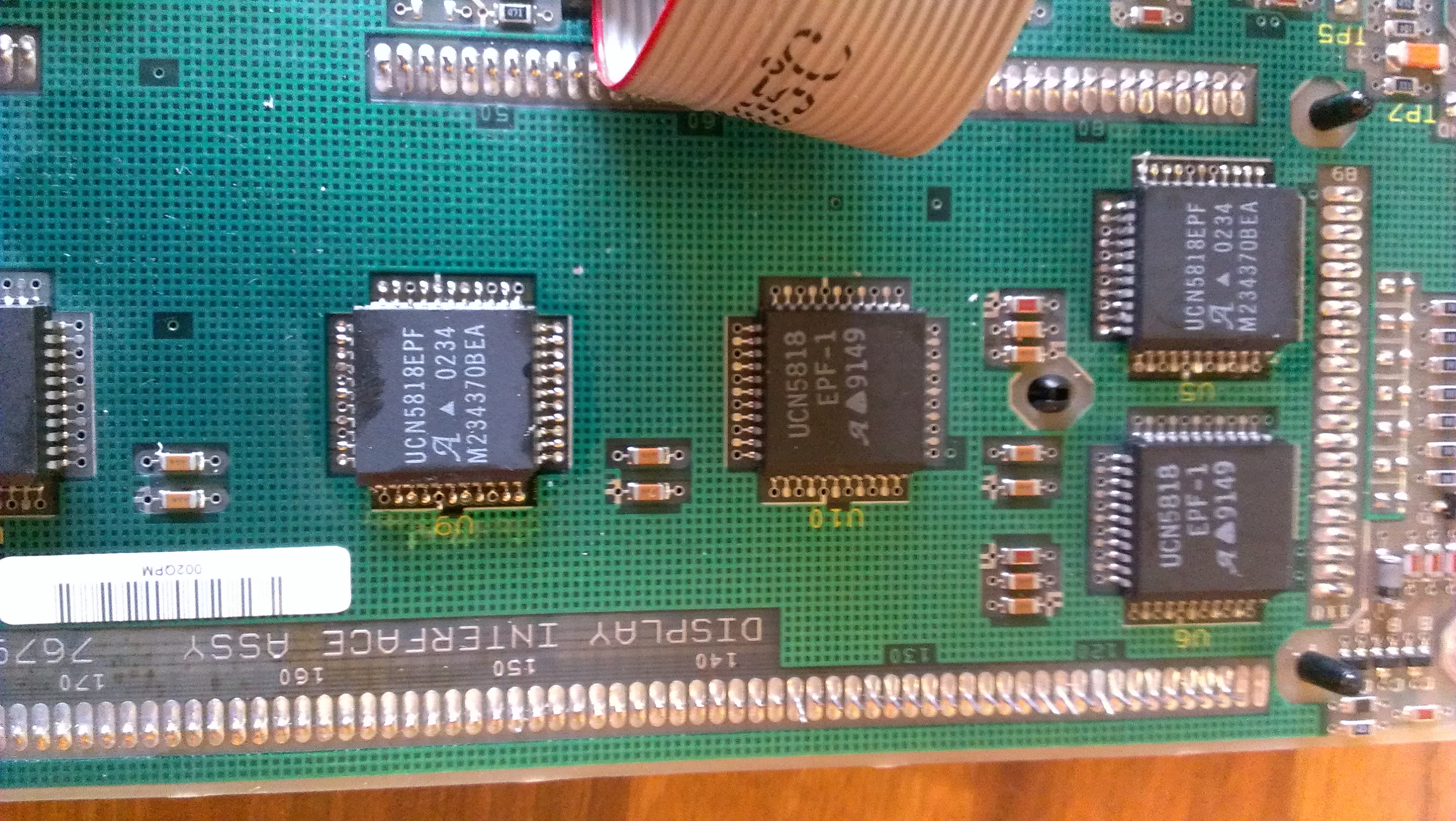 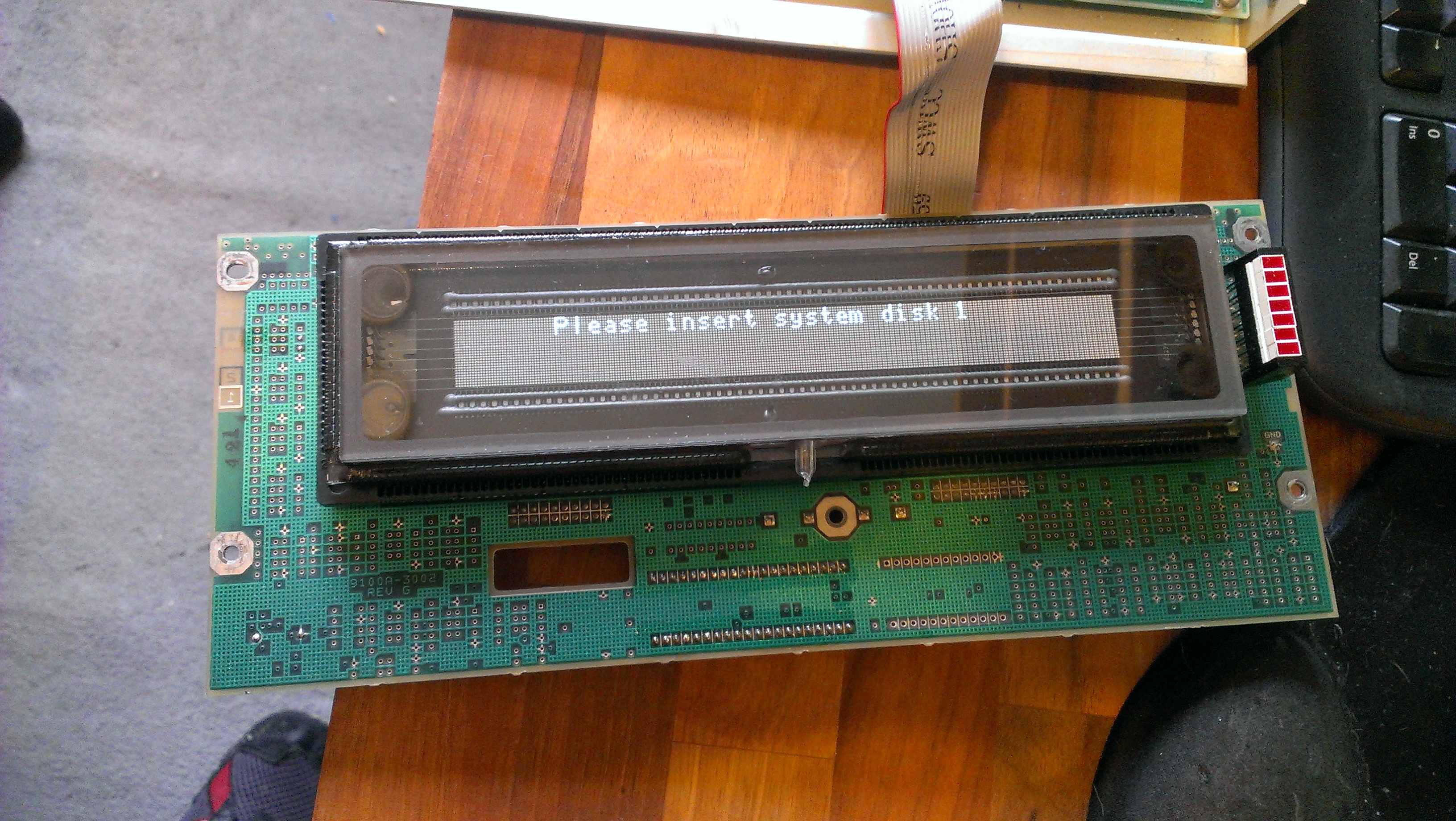 SUCCESS!
Now lets see if we can get this thing to boot.
I used the ancient Teledisk program to copy a new set of discs. As this is a DOS based program I created a bootable USB disc that ran FreeDOS. This all worked perfectly on my modern machine. 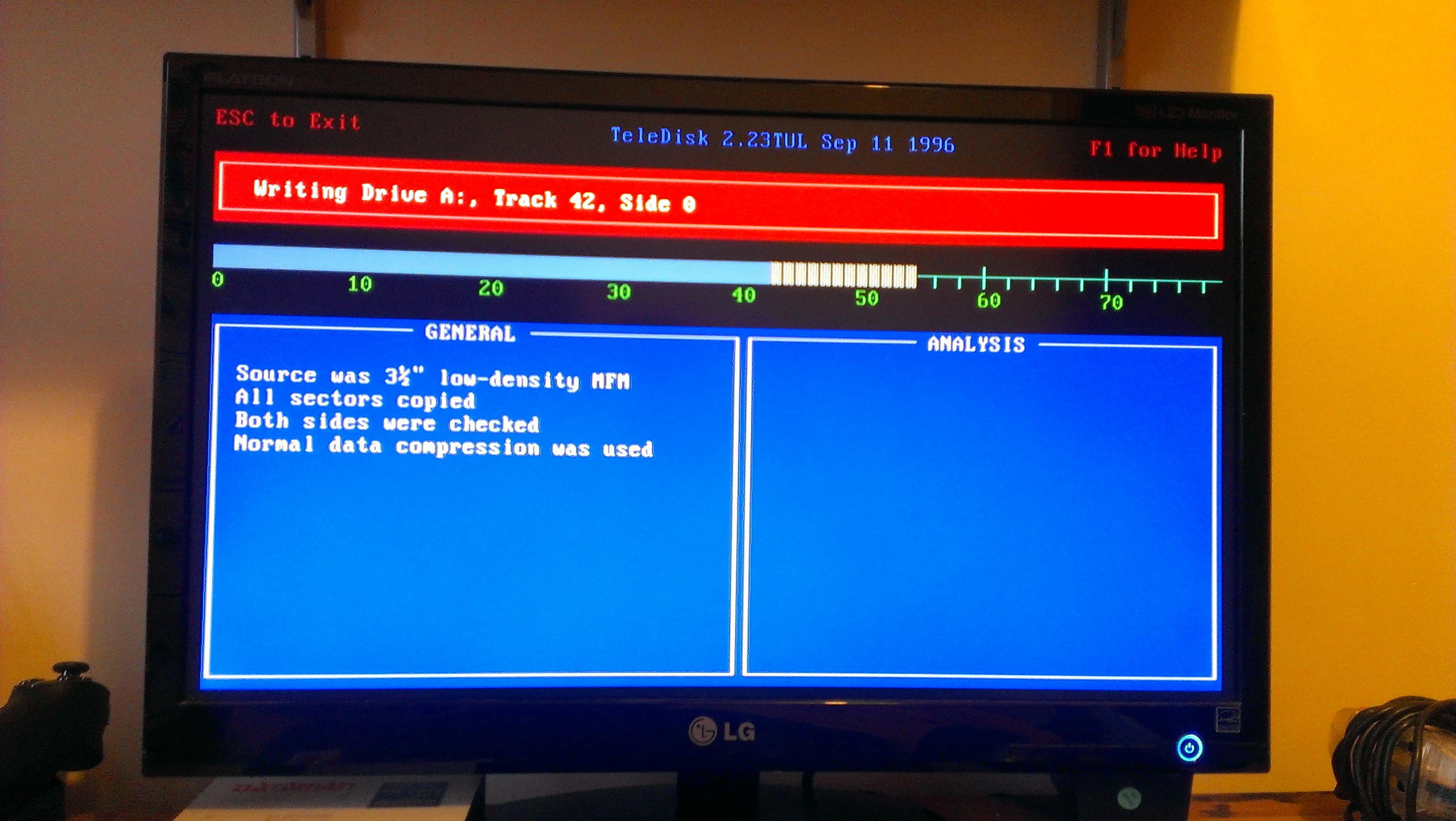 Time to do some more testing. 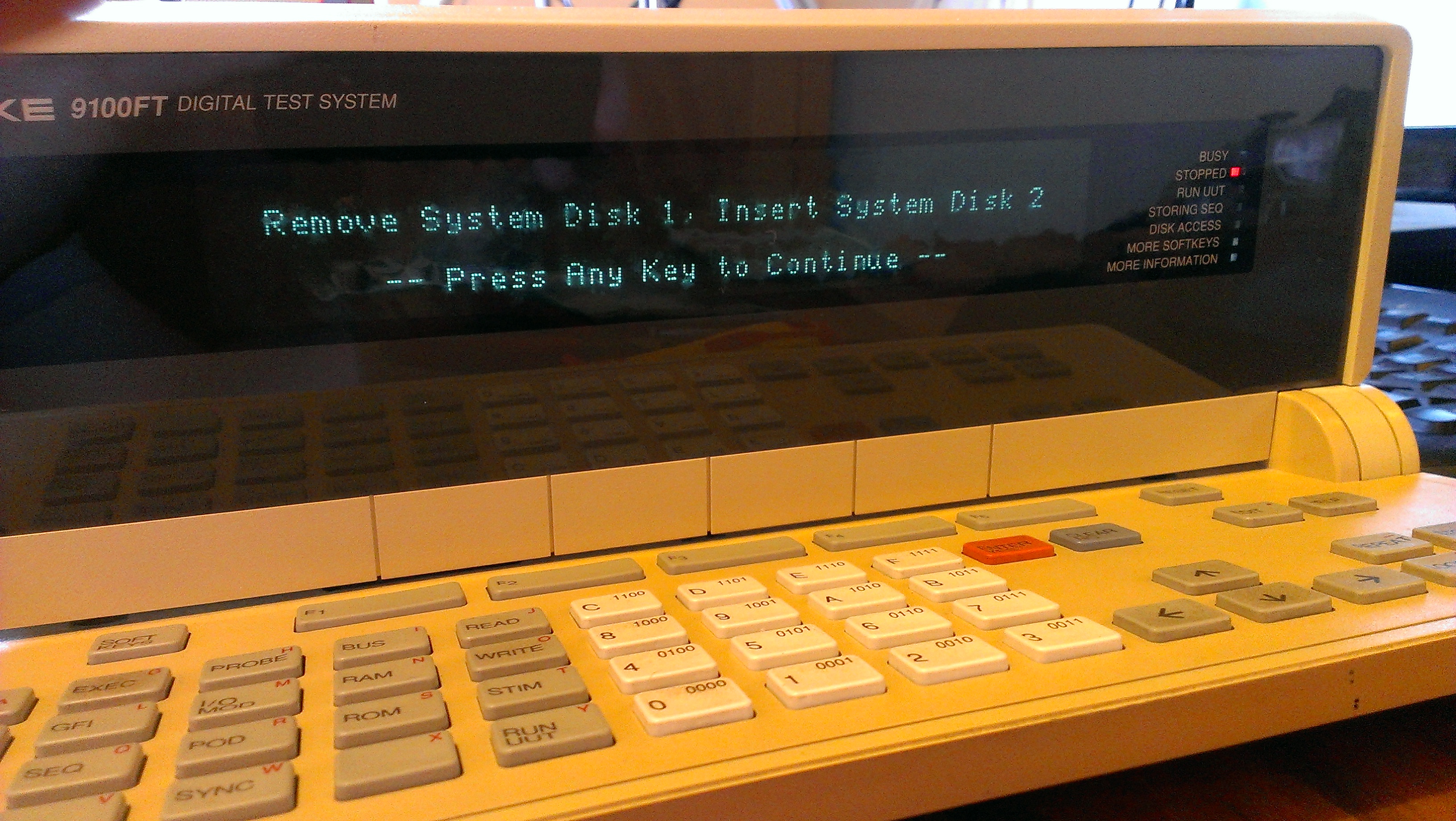 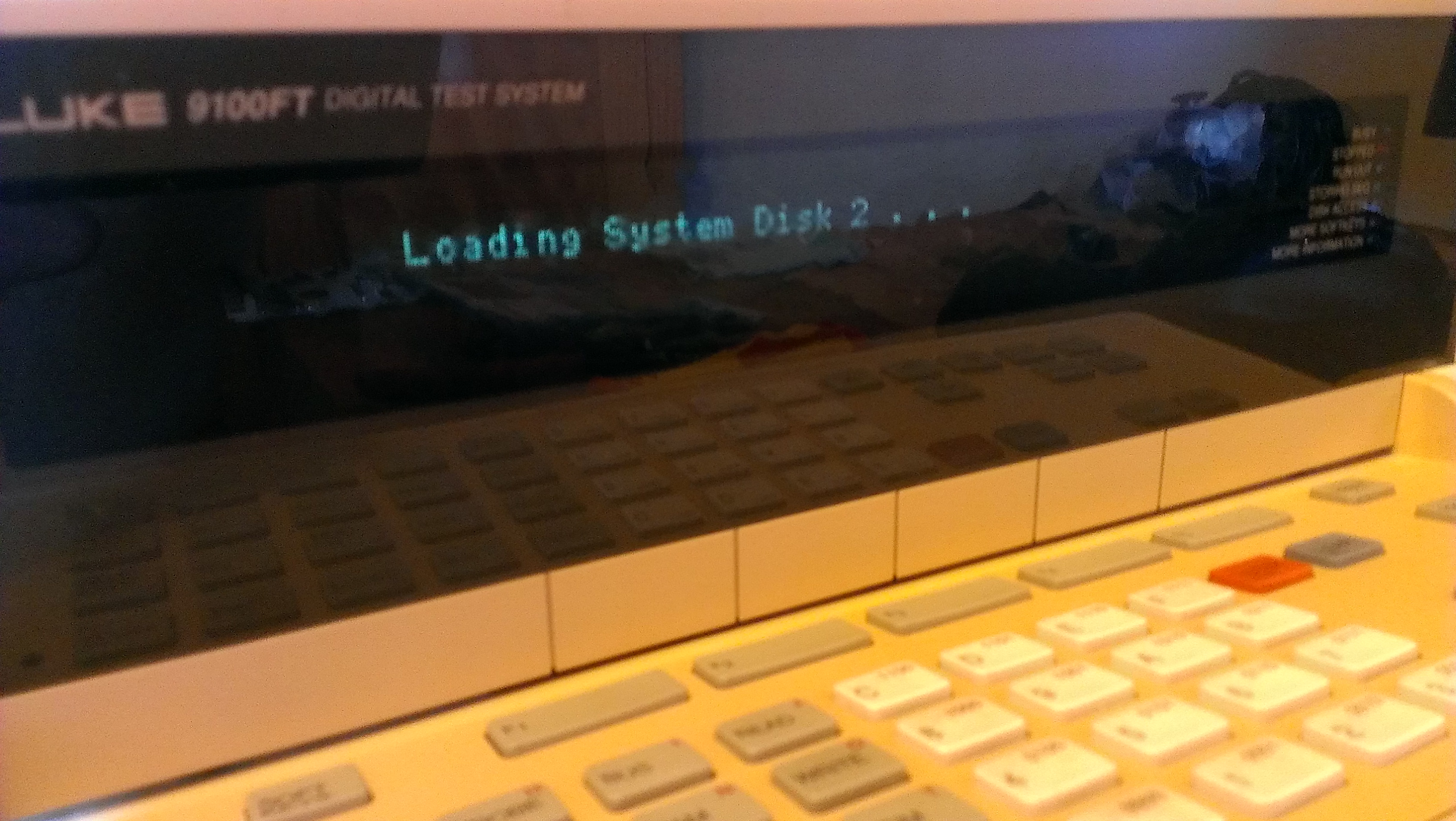 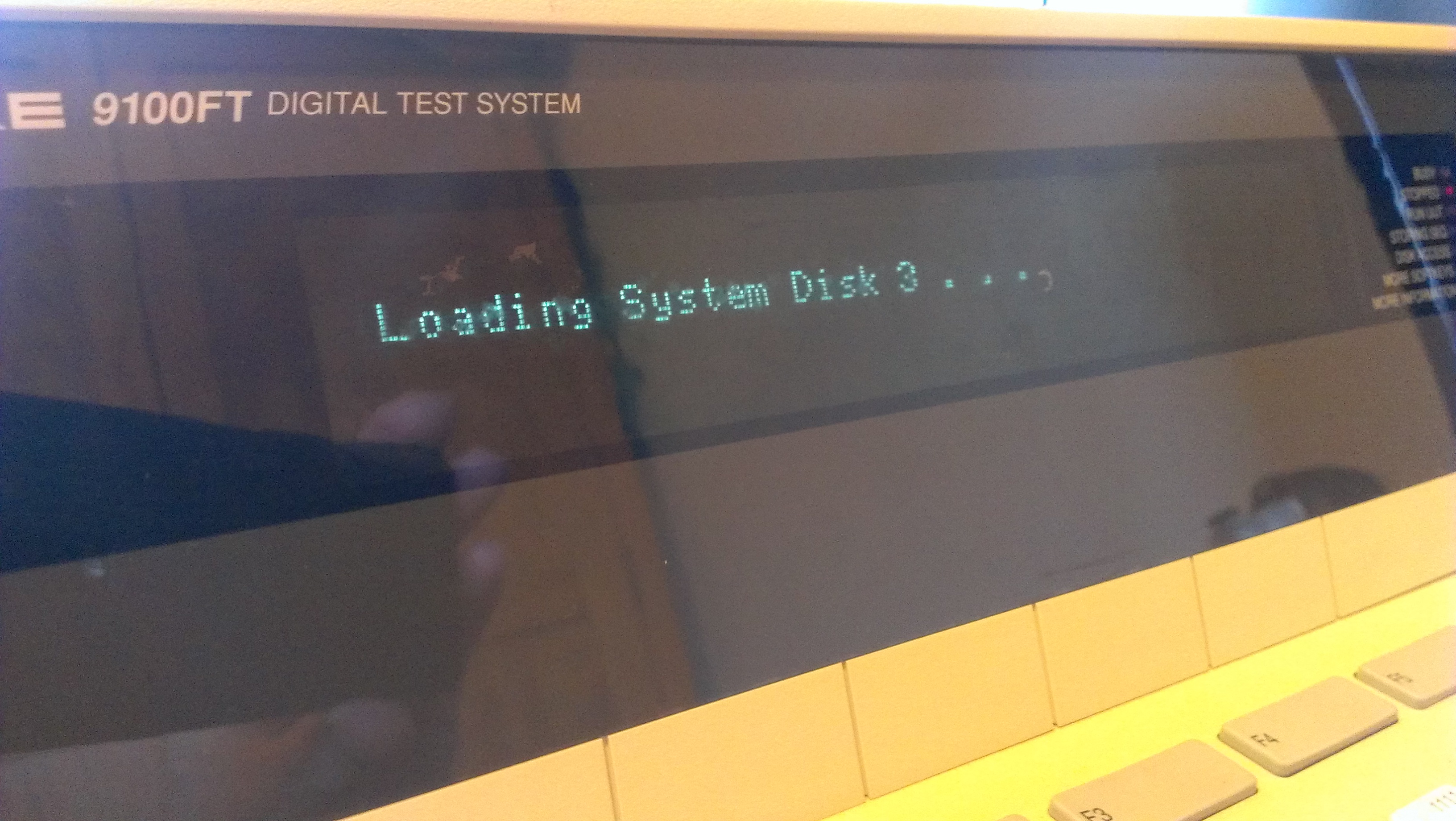 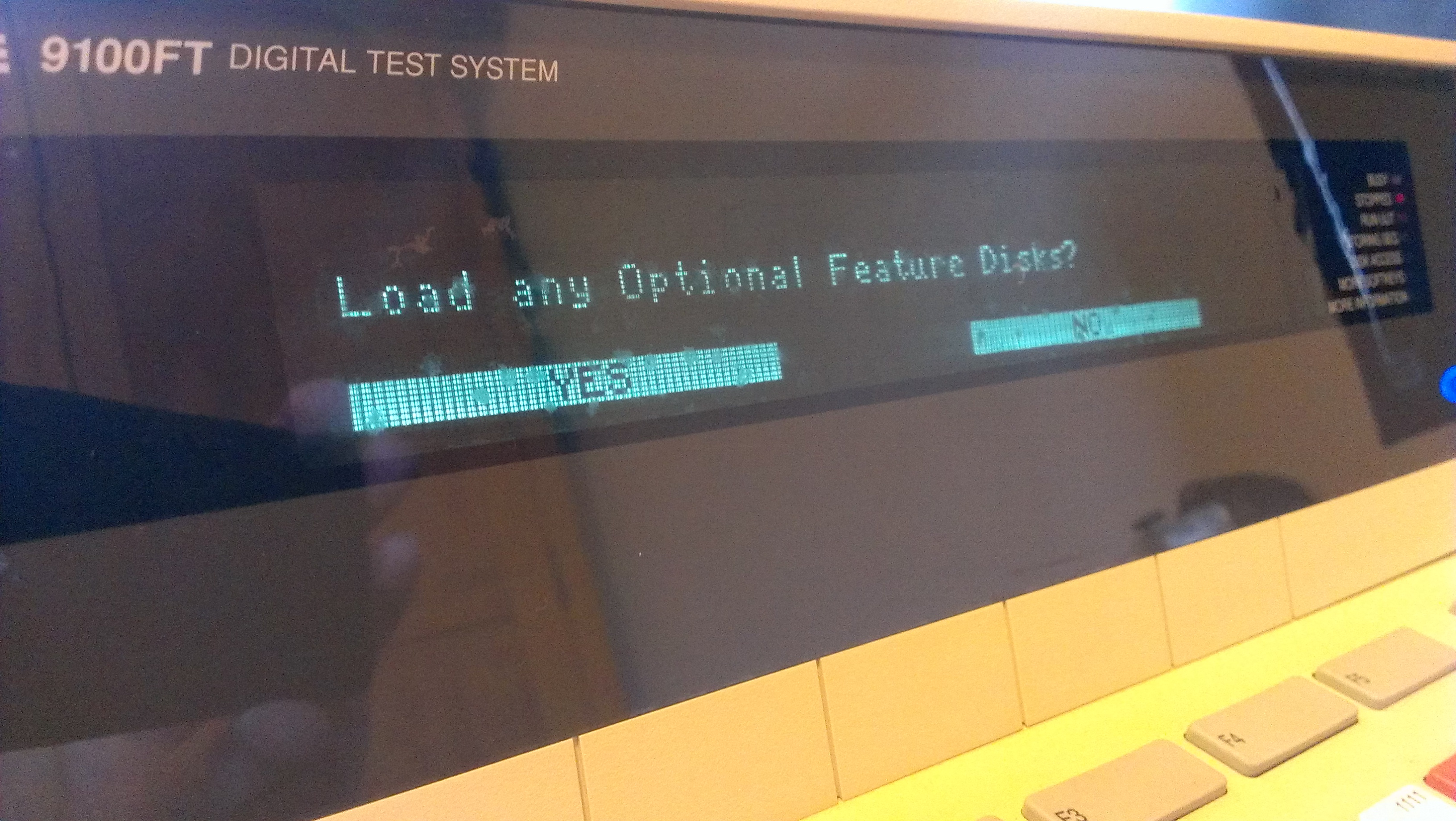 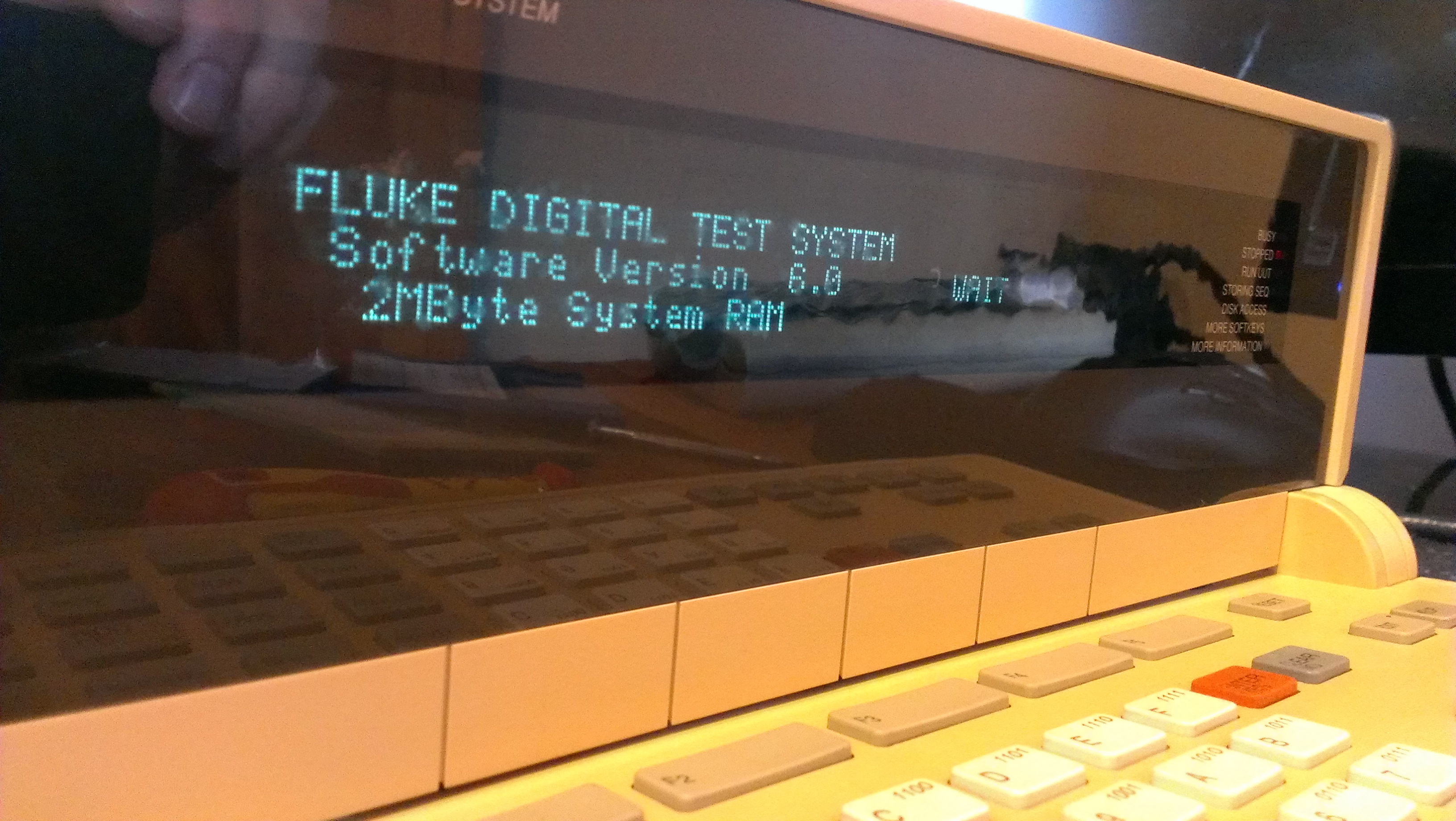 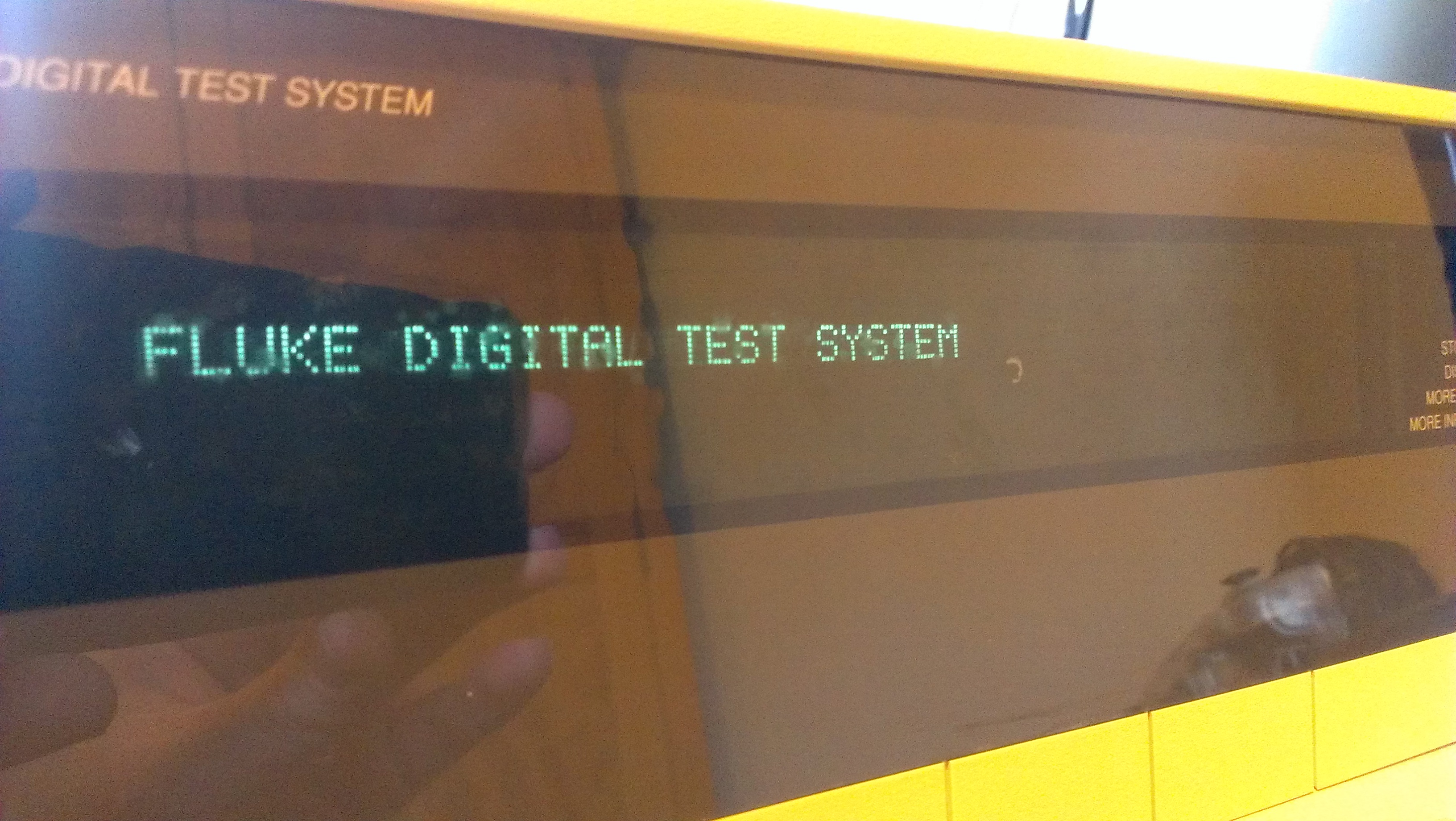 All the menus were working but still need to sort out the ROM upgrades and hopefully find the expansion cards so I can add a hard drive and also use a monitor.

Happy with this so far.
Thanks to Andy for his advice and the actual sale too.